so we were on pins and needles all weekend as we watched helplessly from our Chicago location as Hurricane Irma (largest on record at 525 miles across) bore down on Florida.  As the predicted path narrowed to the final projections of the center track- we found ourselves smack dab in the middle.  Or more accurately, our winter condo was right in the middle of the track - YIKES!!!

so we were glued to the weather channel for Saturday and went out to hear a concert at WFMT and came home only to watch more weather on the Weather Channel - go to bed late and get up early to watch more hours....

by Sunday morning at 10:30 CDT  I had posted this to FaceBook-

To all FB friends and family. We are safe in Chicago and Lucy (cat) is with us. The storm is currently headed on a direct path towards St. Pete which means passing right over where our Florida home is located. We are safe - only our property is at risk. We are in Zone E for evacuation purposes so our concern is wind rather than storm surge. We are much more worried about Florida West Coast friends who have stayed - M.A. and Gene who are staying in a Zone B location of recent construction because a 94 year old neighbor could not be moved any further and needed access to their generator. Also very concerned about John and Barb and Beth (and Barb and Beth's mom Barbara, who will turn 100 in January) they are also staying put in their place in a Zone D location near our place. Sending good thoughts to Patti who has moved from her Zone A location to a Zone C with generator along with her brood of animals including many fosters that she cares for from the shelters... and finally our concerns are with the Center for Great Apes nearby, a non profit that we support - while we humans can rationalize the storm, the apes cannot and those who are under the care of the wonderful staff there are also getting our thoughts and prayers. Our brother Larry has evacuated from his Miami Beach condo to Orlando with friends and other friends have gone either north or inland... so we watch the reports with feelings of helplessness and AWE at Mother Nature's power - we will keep you posted if we learn anything more -

and then we were granted a reprieve and once Irma came in over the Keys and Naples, she headed DIRECTLY north (which meant NOT toward us) and toward Arcadia (which is pretty much half way across the state from us.)  And because we were on the back side of the cyclone, and ultimately in the lower quadrant of what had now gone from CAT 5 to CAT 2- we even had luck with the wind speed and storm surge predictions. 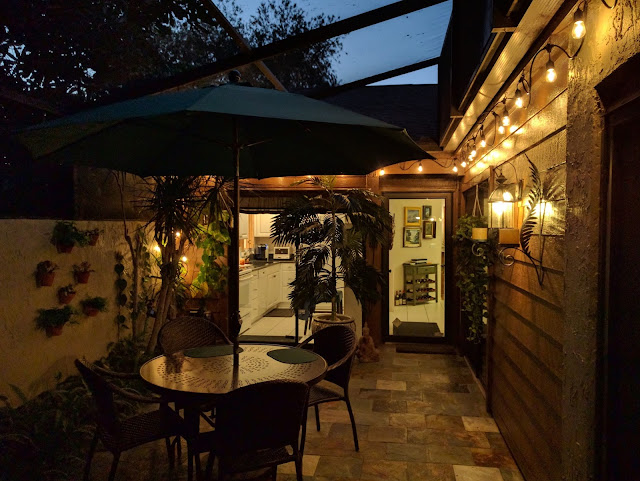 we lost power at around 4 PM EDT on Sunday and so no longer had any communication with our condo camera or security system... the storm came through late Sunday night and early early Monday but despite reports form our next door neighbors that they could see no exterior damage - it wasn't until Tuesday at 6:40 PM EDT (51 hours later) when power was restored, that we could see inside our place to verify the fact of no visible damage.... what a relief! So we went our to dinner to celebrate. :-) 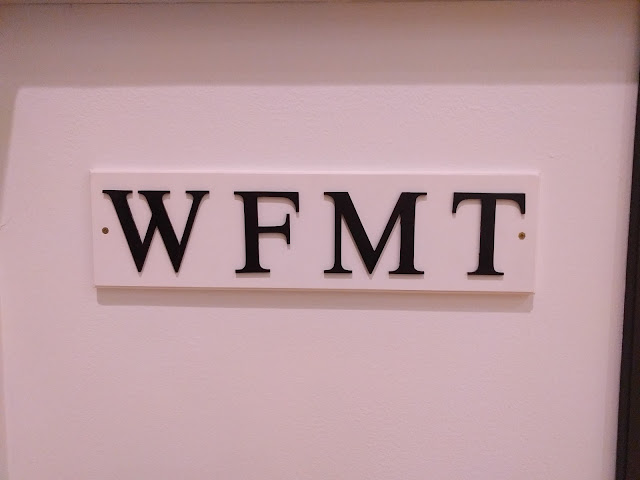 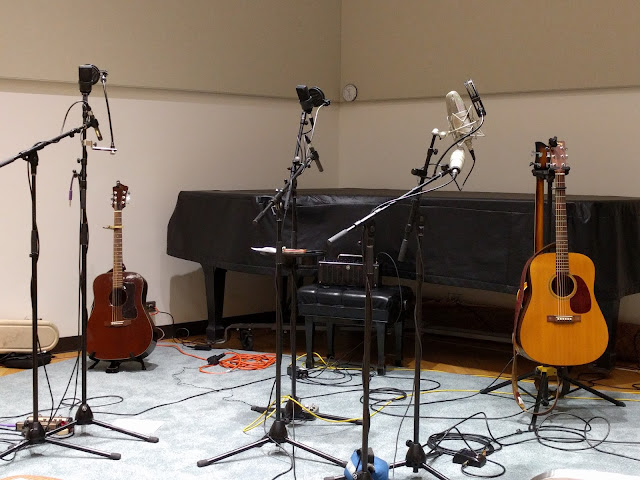 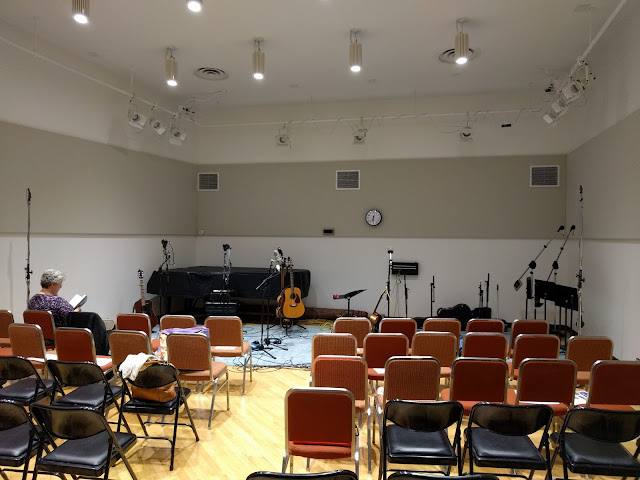 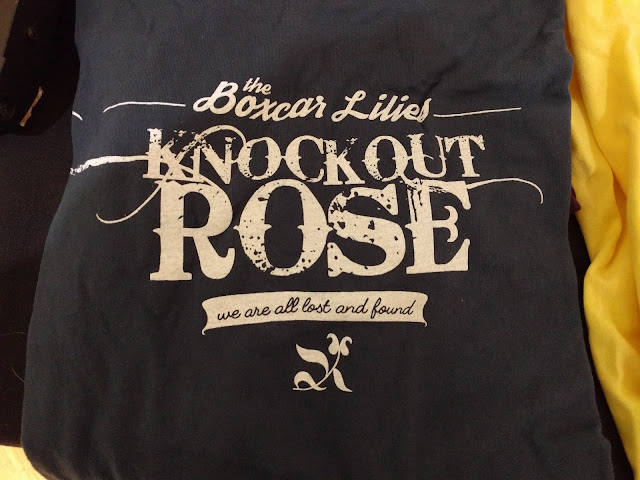 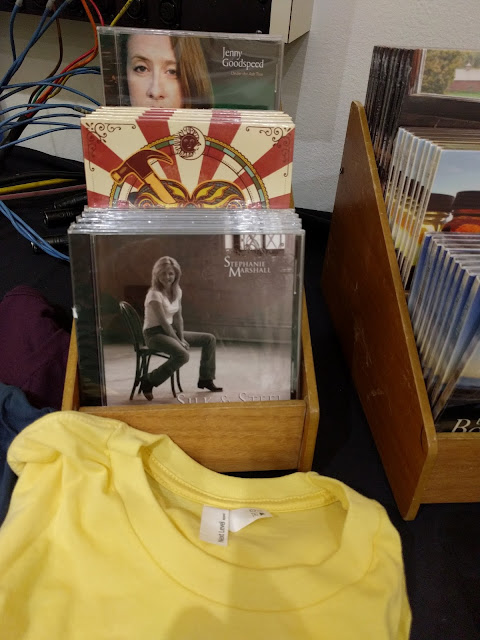 then for our celebration dinner we were off to Oceanique- 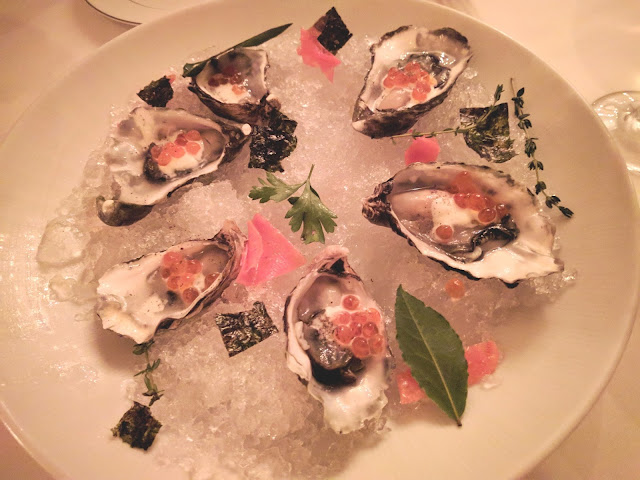 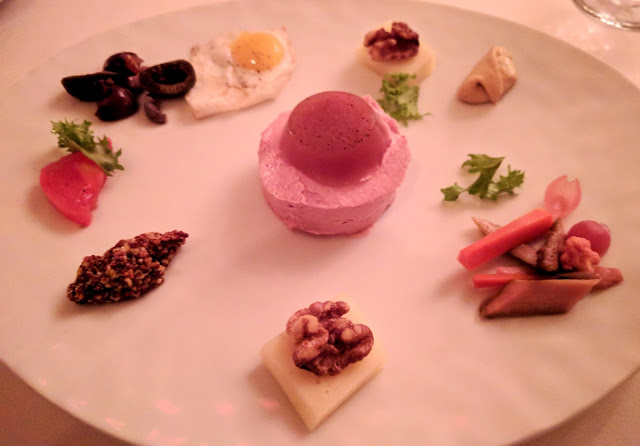 a squash raviolo from the chef- 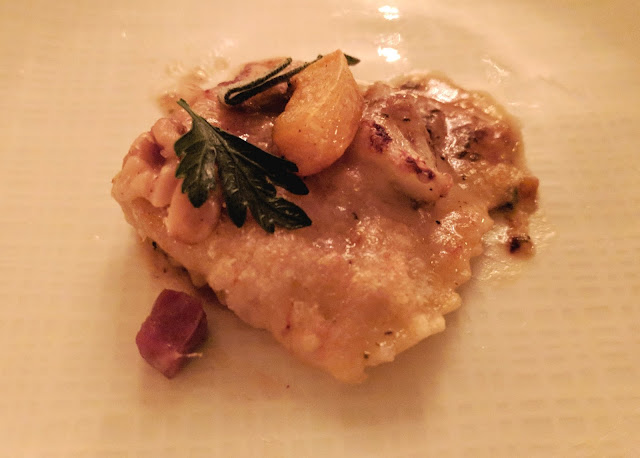 an amuse from the chef of swordfish 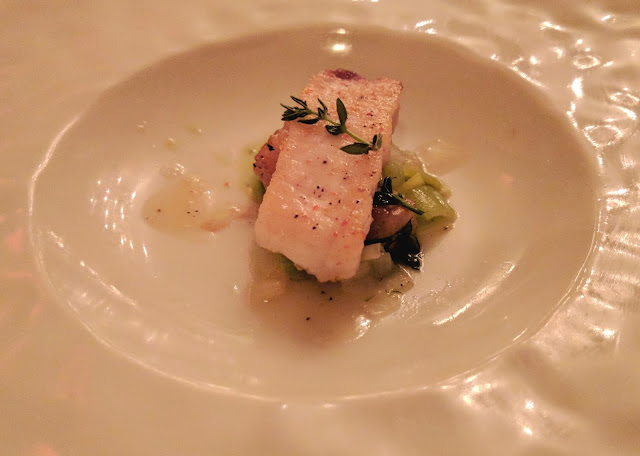 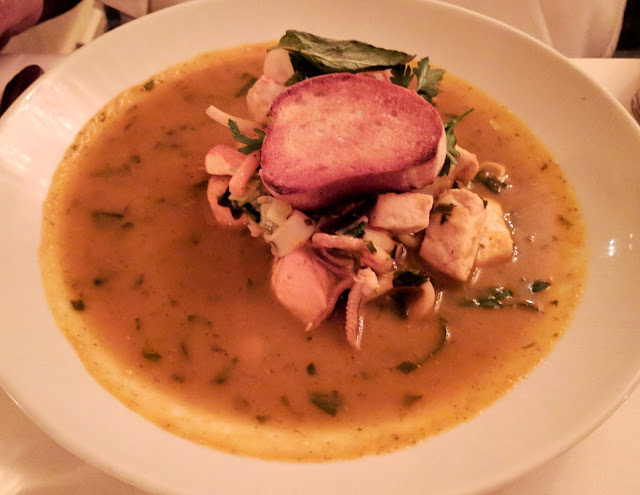 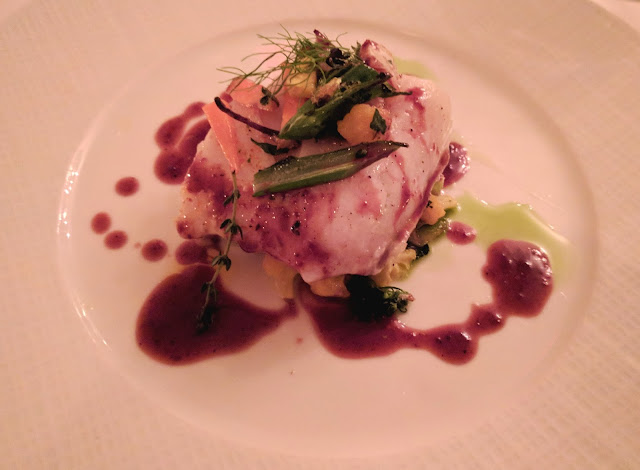 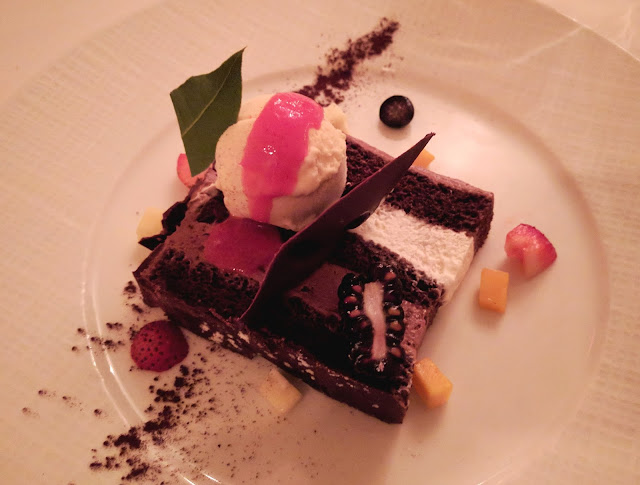 we had two excellent wines a 2005 Domaine Drouhin Chablis Premier Cru and a 2007 Arthur from Domaine Drouhin Oregon - we shared with staff and with another couple seated nearby, who were there celebrating their Miami home's survival of Irma as well!

so tomorrow we are off to Oriole for what was to be a dinner with brother Larry but he is stranded in Orlando (where he evacuated to from Miami Beach where he lives ) and so isn't making it to Chicago this year.... We plan on drinking a special pinot which was a gift from Mark Hoffman and Laura Daray Hoffman the 2004 Covert Fingers from Sine Qua Non We know this came from the Hoffmans because we don't know anyone else who is on the list at Sine Qua Non......LOL

So we will see brother Larry when we get to Florida in November and speaking of brothers - we are headed out to Portland to see brother Steve, his wife Suzanne and my cousin Michele this weekend - so stay tuned for lots of wine and food photos - and some visits to our favorite wineries and wine makers!
Posted by TOR at 12:47 AM