So WOW- what a terrific afternoon of ballet! Under the theme of Moving Identities the Sarasota Ballet performed three amazing works - one of grace and beauty, two of fun and physicality- with gender identities - one showcasing masculine and one feminine - except there was overlap in both pieces just as in life each individual has a mix of masculine and feminine regardless of the gender with which they identify.... 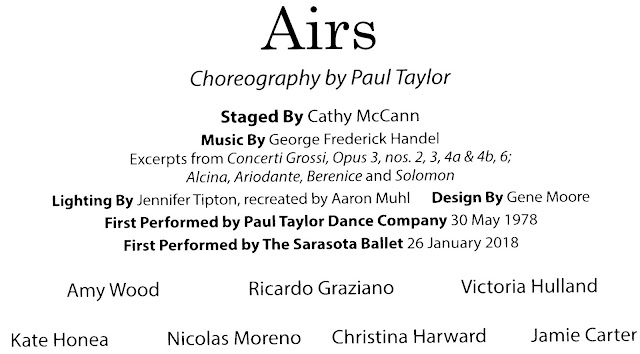 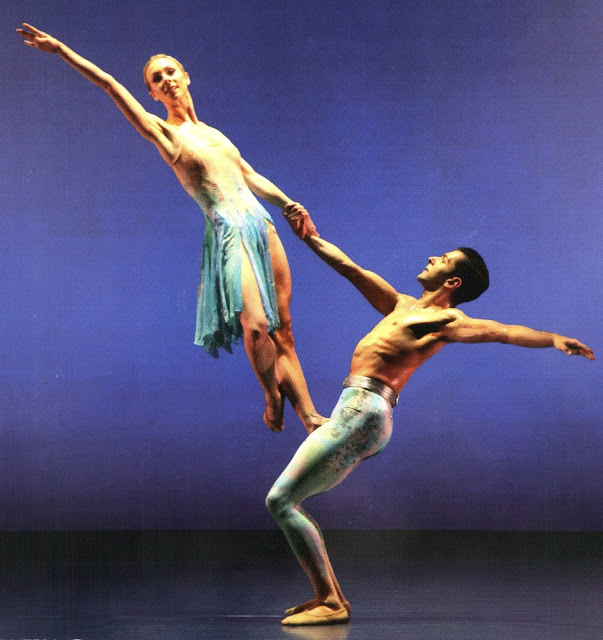 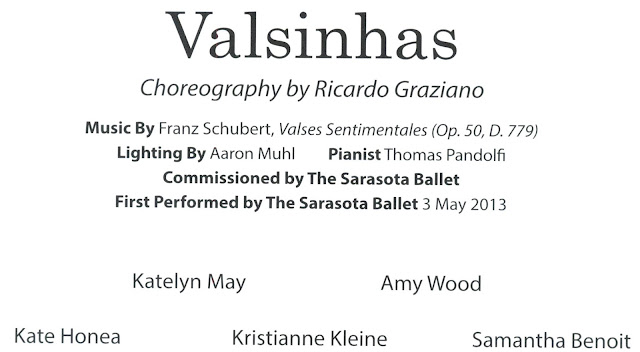 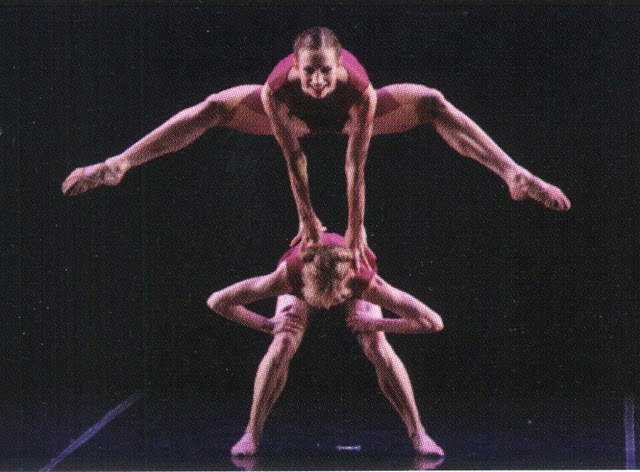 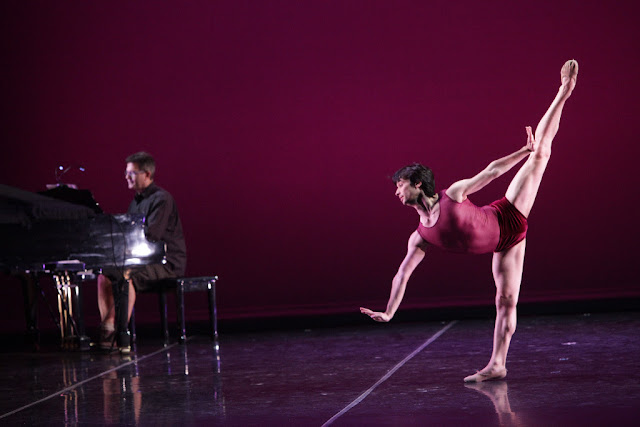 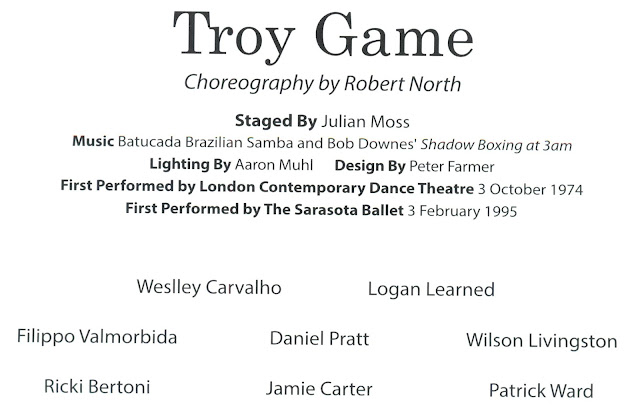 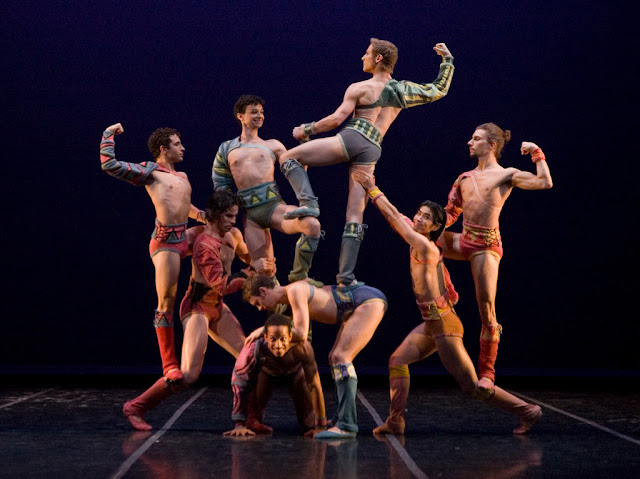 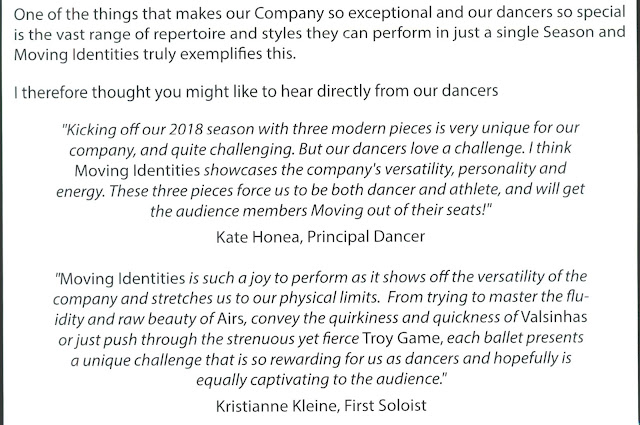 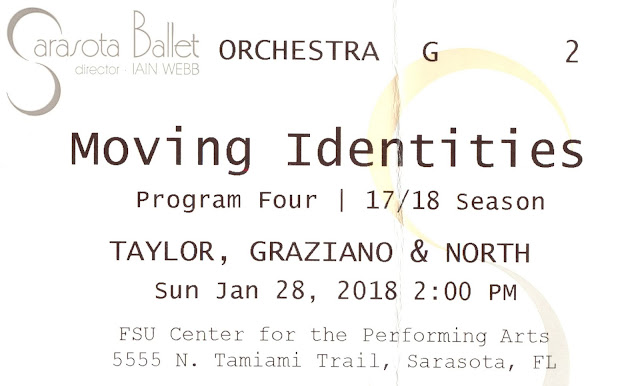 Here is some info on the wonderful program- from the ballet's preview information email:


Moving Identities sees the revival of Resident Choreographer Ricardo Graziano’s Valsinhas, first performed as part of the 2013 production of Theatre of Dreams, and performed with on stage live music. The ballet is an exciting and unusual example of Graziano’s young choreographic voice and is performed with a gender split cast, encouraging audiences to attend multiple performances so as to appreciate either the all-male or all-female cast.

Closing Moving Identities is the return of Robert North’s Troy Game, performed this season for the first time in Sarasota with both an all-male and all-female casts. Jennifer Dunning of The New York Times wrote that “beneath its goofy exterior Troy Game is an innovative blend of acting and movement that looks like the purest of pure dance pieces.” Originally created for just a male cast, over the past few years North has decided to adapt the ballet so as to allow both split gender casts to perform the work.

“Watching different casts perform the same ballet is always a wonderful aspect of dance, as it allows the audience to see and appreciate the nuances each individual dancer brings to the role,” explains Iain Webb, Director of The Sarasota Ballet.

“The complement of both Ricardo’s and Robert’s gender divided ballets in one evening adds a dramatic and unusual element to this, and it will encourage audiences to return in the same weekend to see these ballets and witness how the different casts affect both the emotion and choreography of each work.”

My own review- I loved the comedic elements of Troy while still being in awe of the athleticism.  I can't remember laughing so genuinely in any other ballet.  Just plain fun.  The grace and beauty of Airs belies the difficult physical requirements for dancing the roles.  A lovely performance! And I eagerly awaited the Graziano work (which I had not seen before) because he is a favorite. This one clearly has his voice, but as an earlier work didn't have the breathtaking movement of  the State of Weightlessness that so knocked my socks off two seasons ago.  All three excellent works! 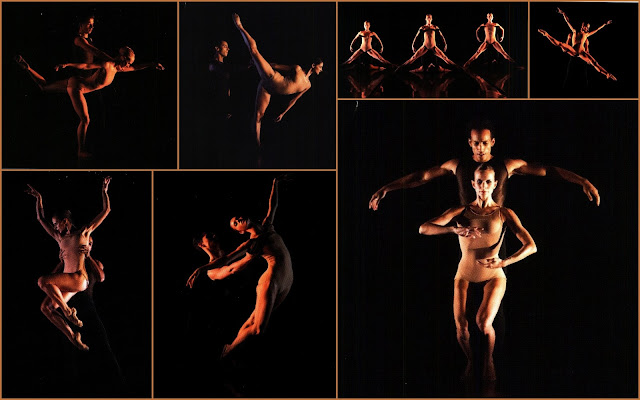 a collage of photos from Weightlessness - my first encounter with Graziano's choreography.

Up next week- a lot of things but not much to blog about so don't worry if you don't see much of me... I will be working on the move to the the new place and dull and boring stuff like getting my car serviced and pest inspections and a lot of cleaning before the move begins... it isn't always fun and games here - just most of the time LOL - back in a bit....