another week (or half one)

So we started on Sunday with lunch at mfk. Jenny & Eric joined us and we had an abundance of wonderful dishes! Starting with the crudo - 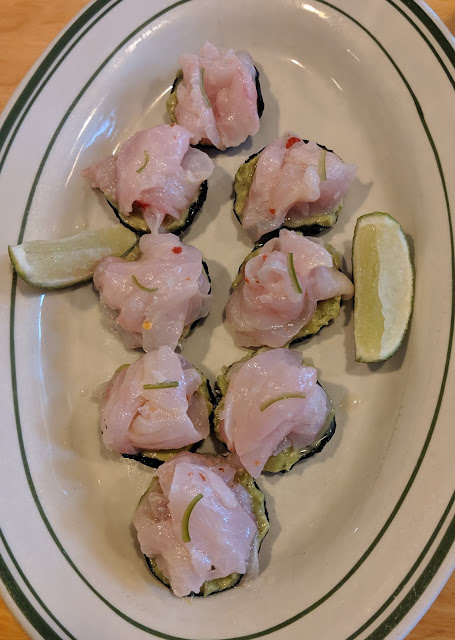 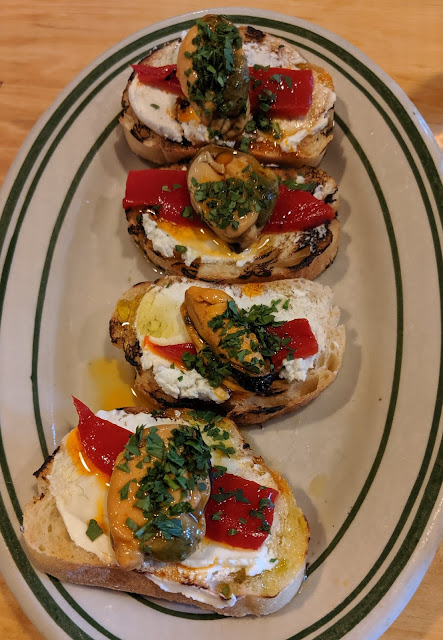 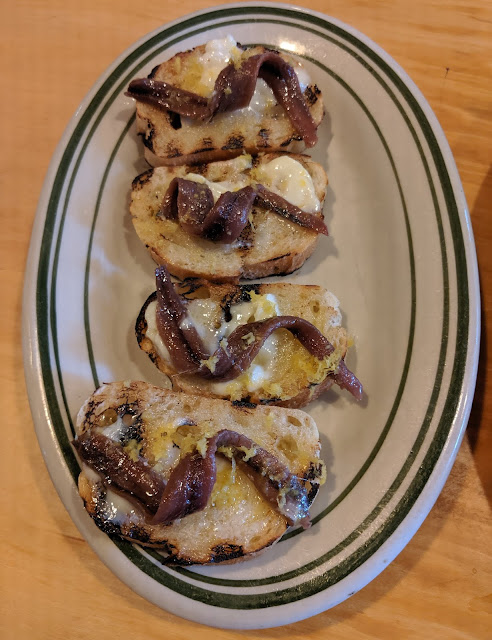 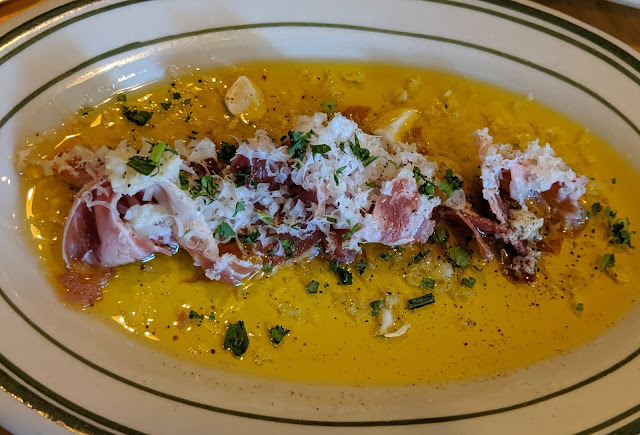 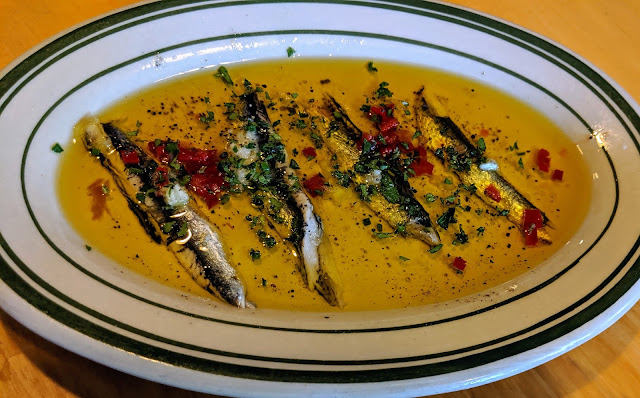 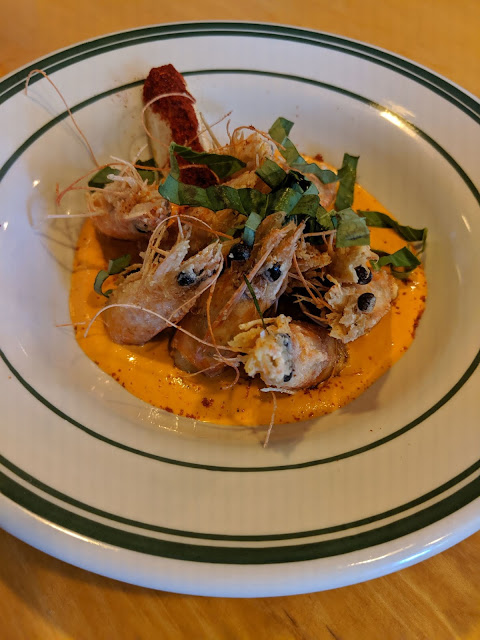 the aguachile with gambas 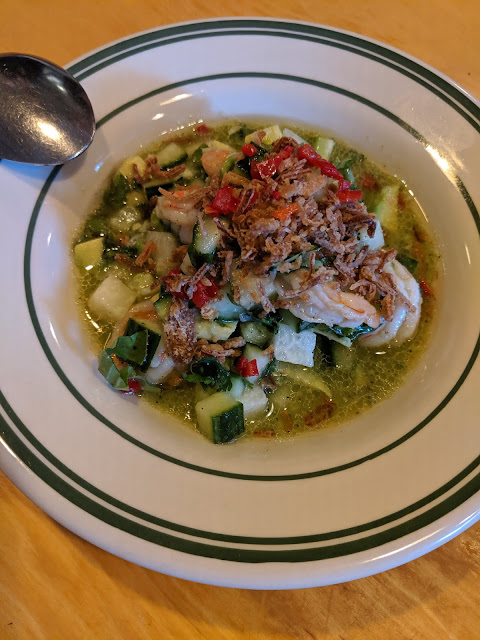 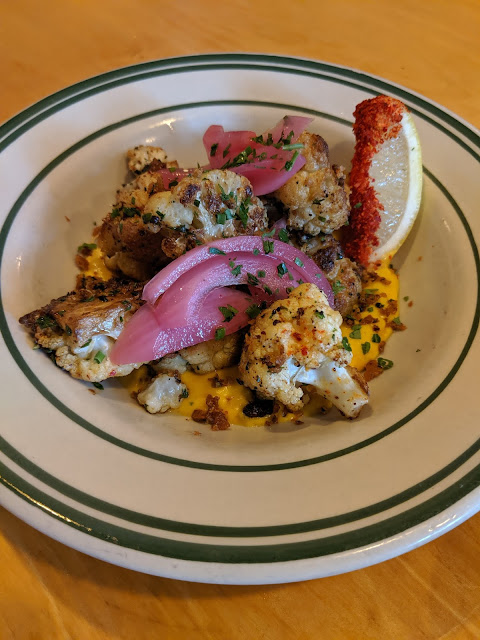 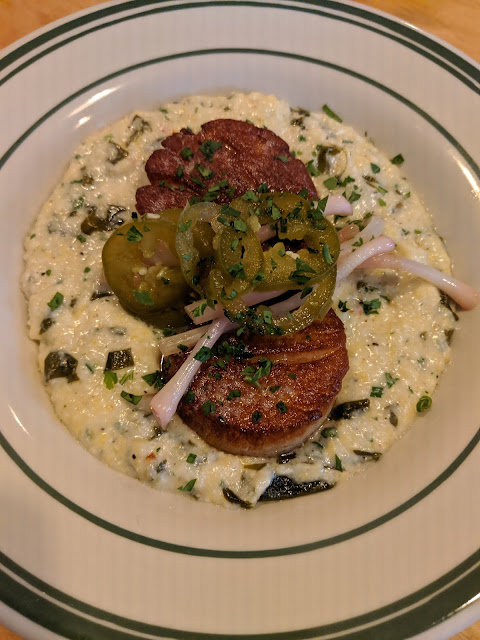 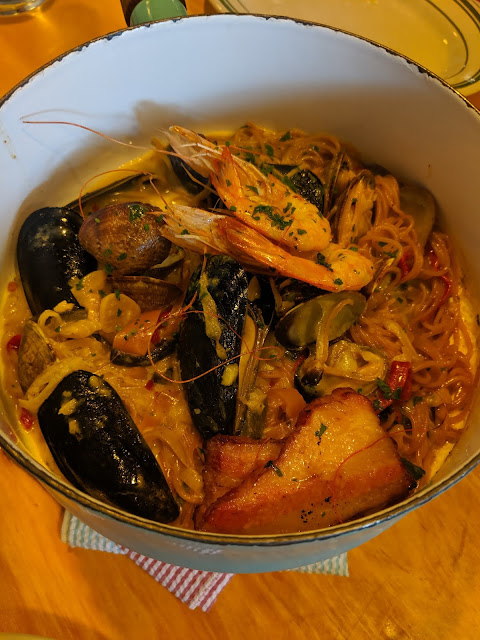 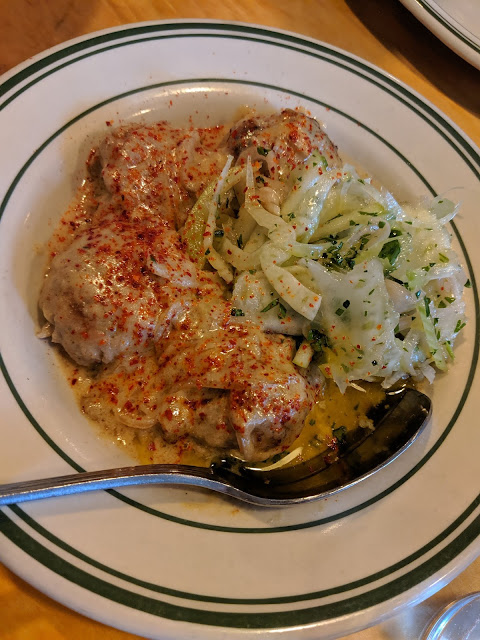 and the BEST basque cake in the city - 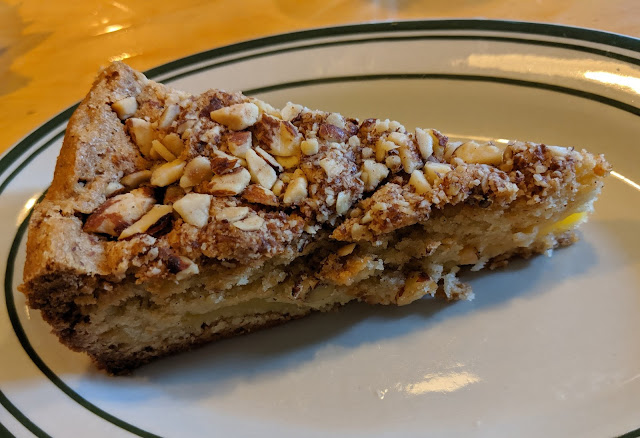 a yum meal still after eating there a few dozen times - a favorite place for lunch! 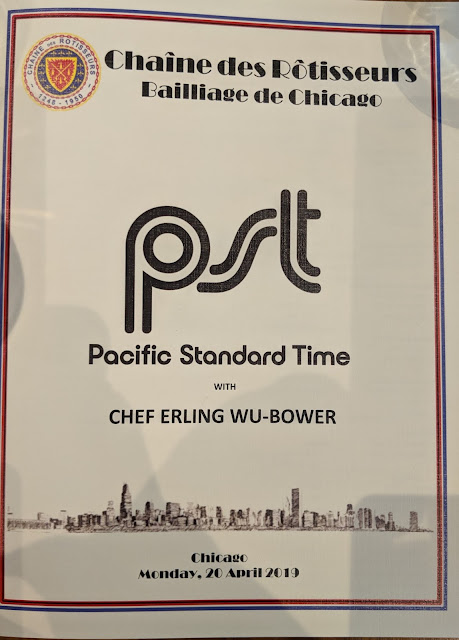 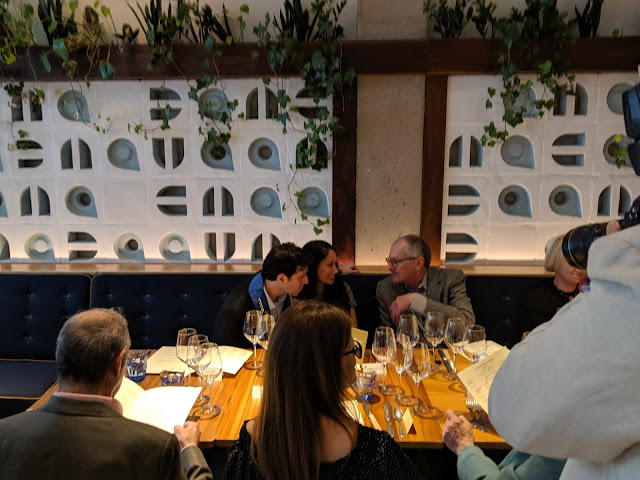 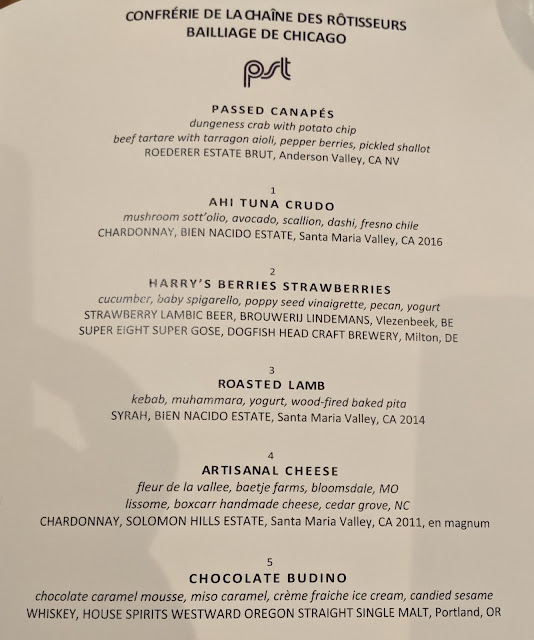 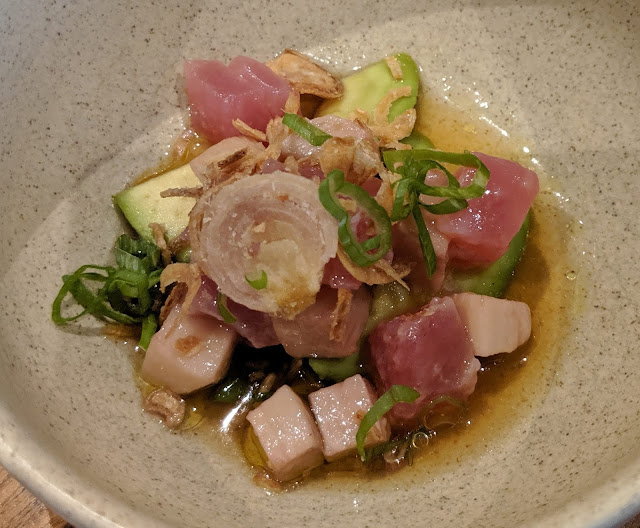 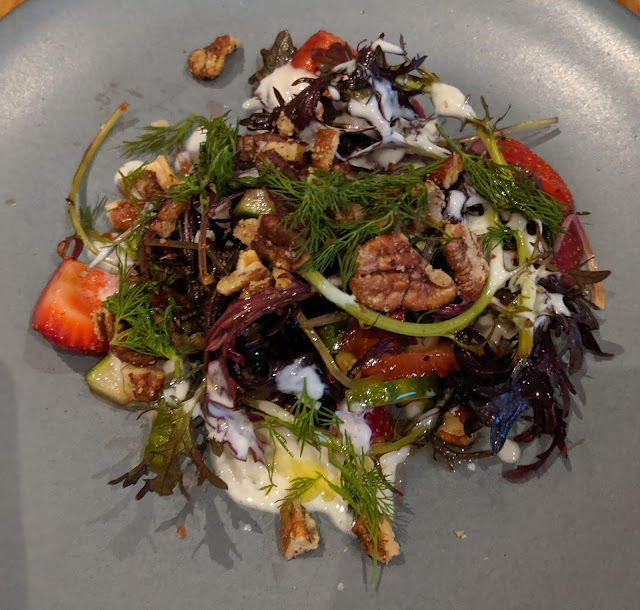 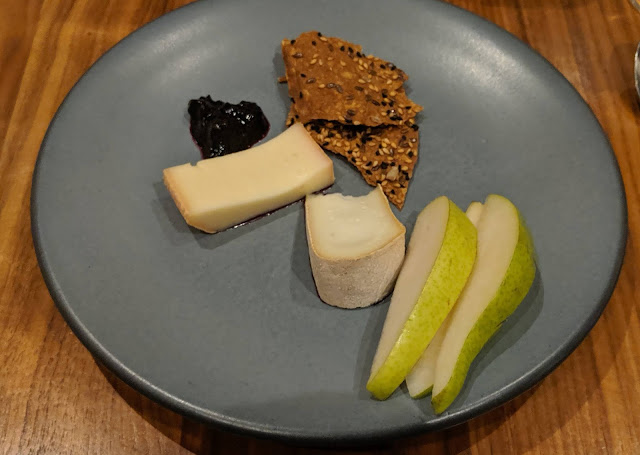 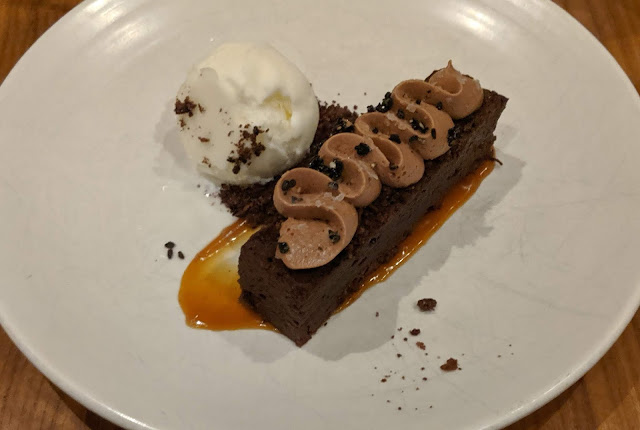 every course was good but the budino and the strawberry salad were worth a return trip! We were seated with buddies Lee & Nick so we won on the table-mate lottery!

Tonight we tried a new place in the hood- called Le Sud.... imagine our surprise when we were approached at the table by none other than our favorite waiter for years - Mark (from Socca)

It was great to catch up with him and catch him up with all the folks from that era (Socca closed in 2013) We did see him briefly at The Blanchard but then lost track of him again... So this was fun to meet up after many moons (as we say in non-specific time)....

So the meal there was worth returning to but had some things that could use attention... the steak of steak frites was excellent but the frites were oily and not well prepared 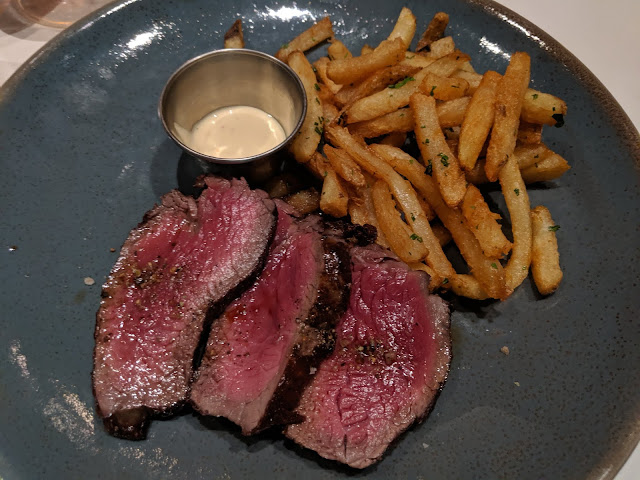 Phil had praise for the duck 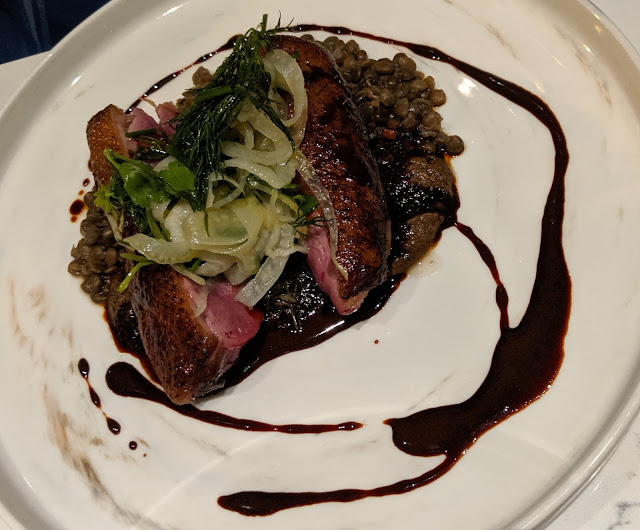 We both liked the octopus 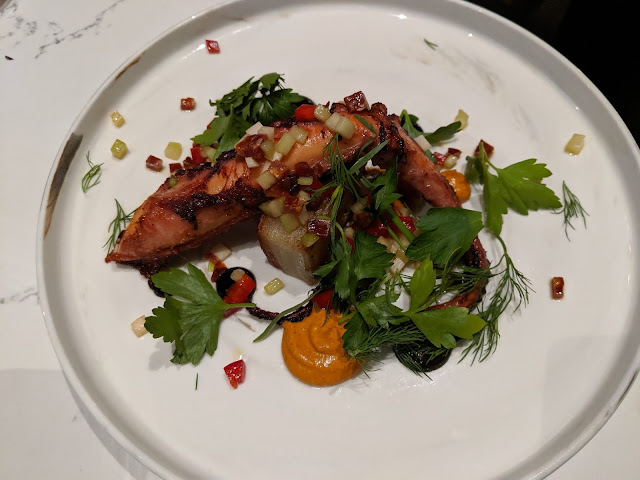 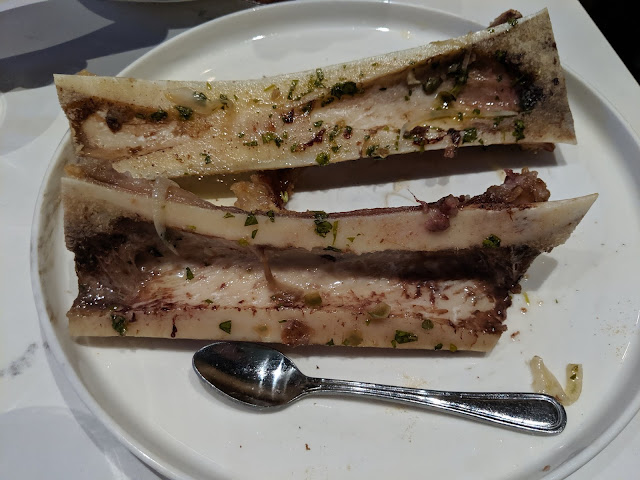 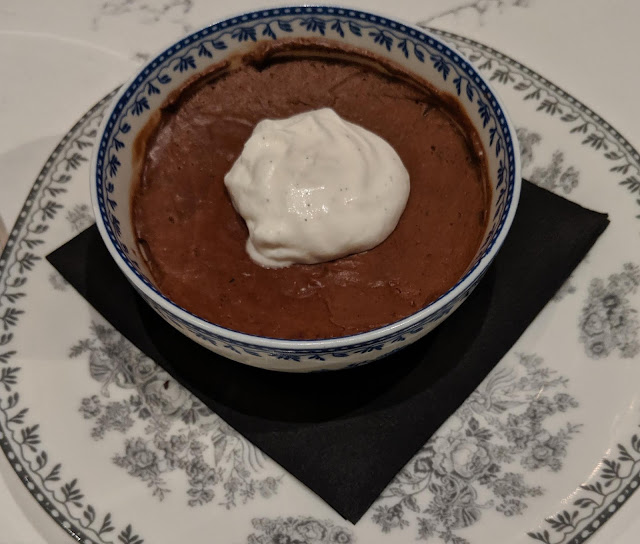 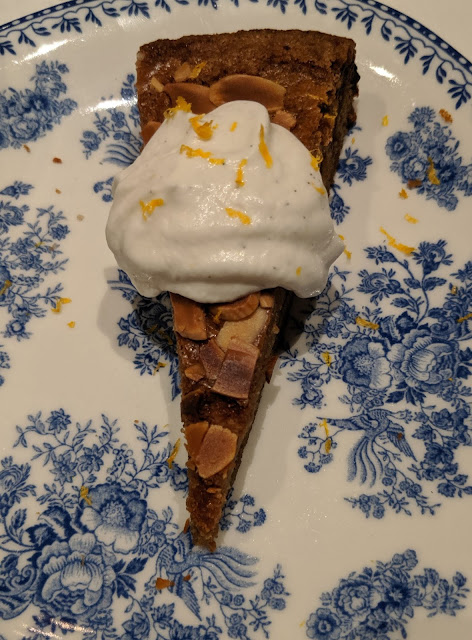 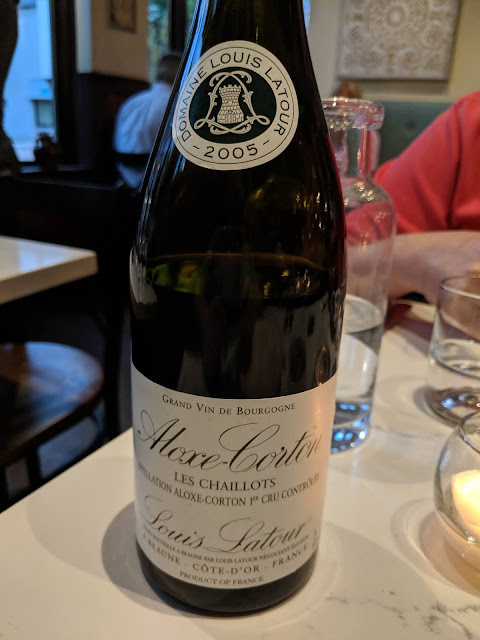 Lucy was thrilled we finally had a warm day and she spent most of it on her "princess" cushion on the deck! 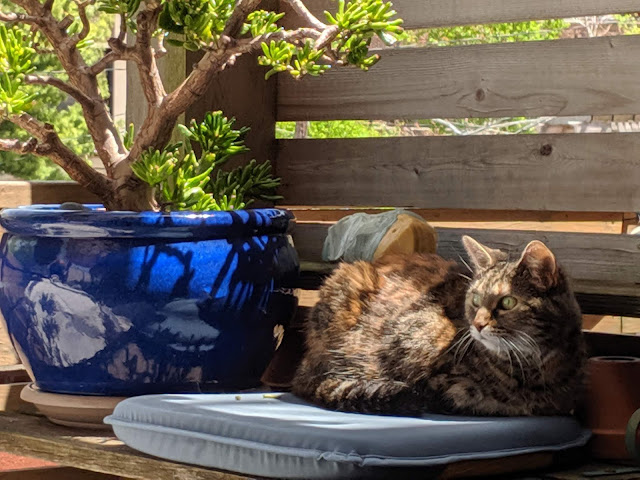 Tomorrow night we are planning to go by El to Belmont and grab a Blaze pizza before seeing Hannah & Martin at the Theater WIT... then Friday Mike & Leslie are coming over (carryout sushi!)

Then the holiday weekend arrives and we swing into the last week in May with another play, a concert, a magic show in a suite at the Palmer House and dinner at Georges Trois with Ron & Mary.  Thank god we don't have jobs we have to go to in the mornings....LOL
Posted by TOR at 11:00 PM