so after the usual delays we arrived later than expected but got ourselves here- met GA & Chuck at 1 PM to get some lunch at Filo- fabulous pizza and some good inexpensive wine.  my husband, Phil, crashed during lunch having failed to sleep on the plane, so we went back to the hotel for a nap.  we later met Chuck & GA for dinner and went to a lovely seafood place called Dora 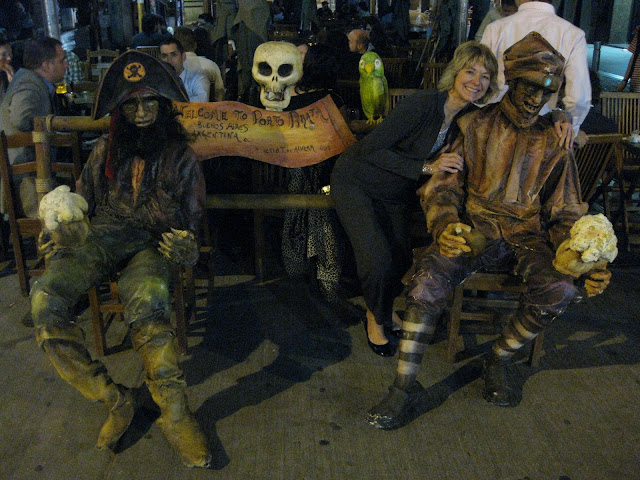 along the way we ran into some pirates (I must be a magnet for them- LOL) and here is a photo of GA with some of the Pirates- and then Phil, Chuck & GA in front of the restaurant Dora. 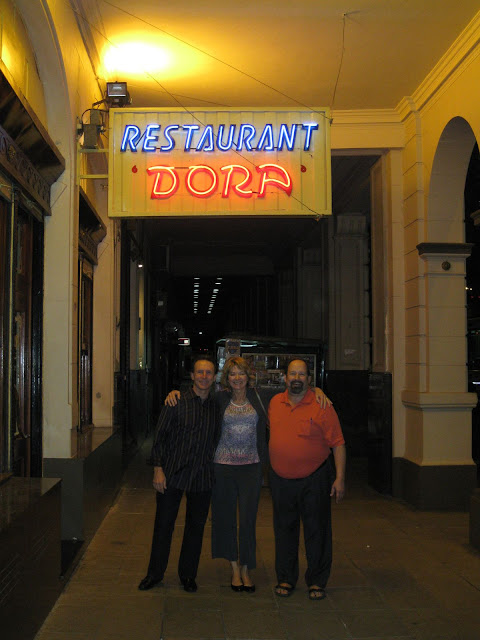 we had a wonderful meal of shrimp and jambon for starters and several amazing grilled fish dishes.  we dug in so quickly and were so convivial that I forgot until the end of the meal to take a photo. 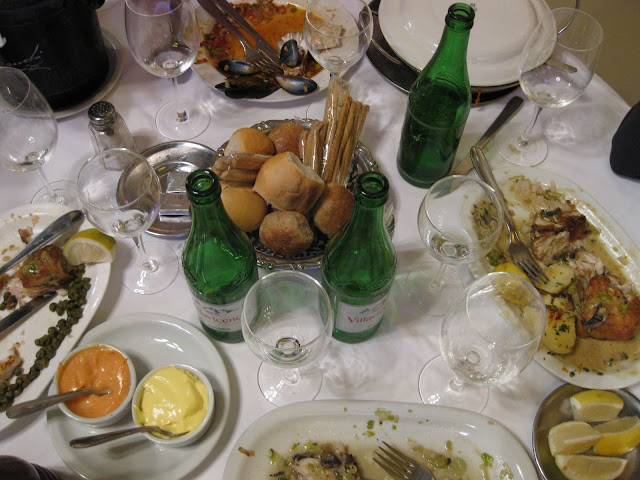 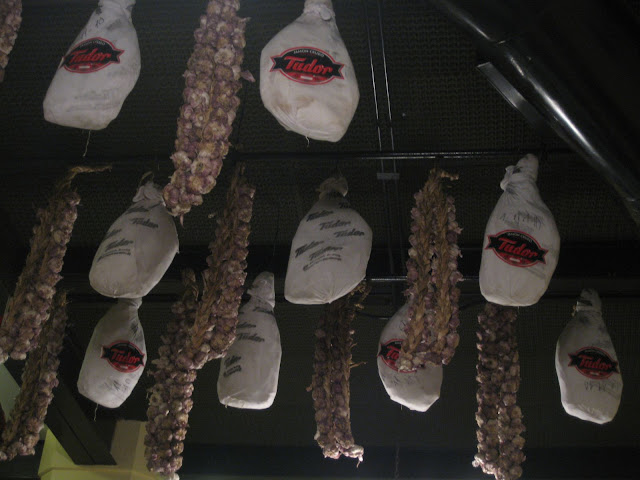 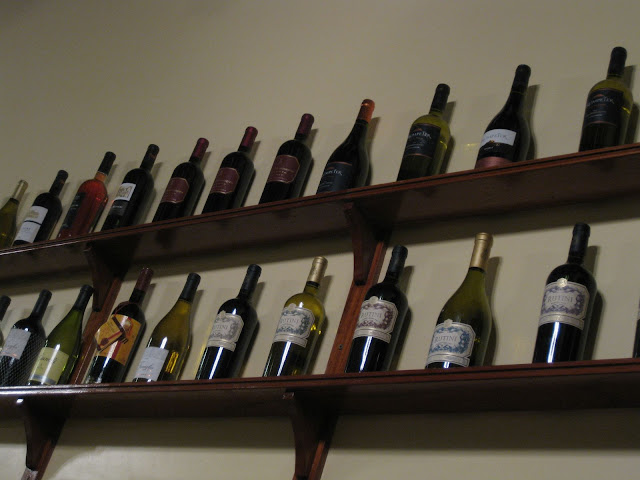 we had a superb san felicien wine and later the waiter served us a lovely digestiva after the meal, which we liked so much we want to take a photo, to save the name for later. 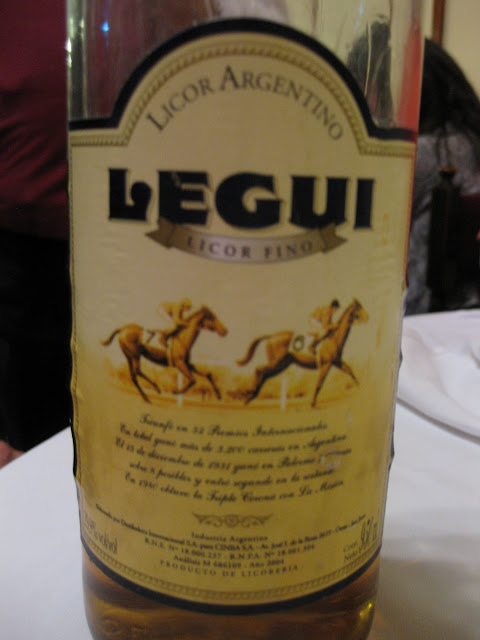 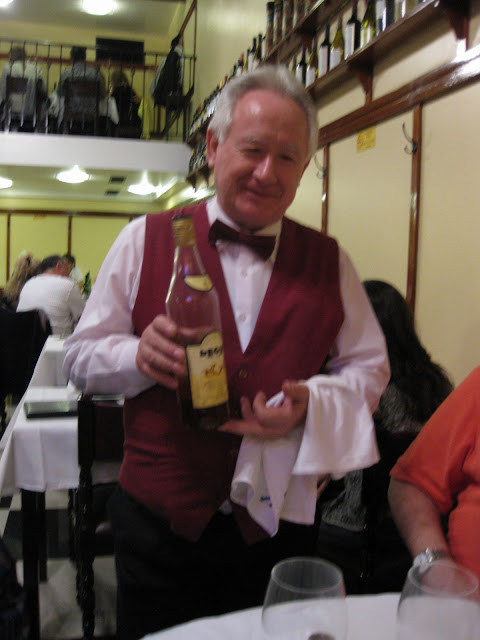 a stop on the way home at a bodega for water and we were back and ready to plan for tomorrow morning.

we are taking a city tour for a half day to get oriented.  so lots more as we continue- we are already having a wonderful time catching up with our long time friends who live far enough away that we don't get to see them as frequently as we would like.

by the way in Chuck's honor I had a shrimp dish serve with salsa de golf- LOL- since he won't get any golf in on this trip, we are trying to assuage his disappointment.  LOL 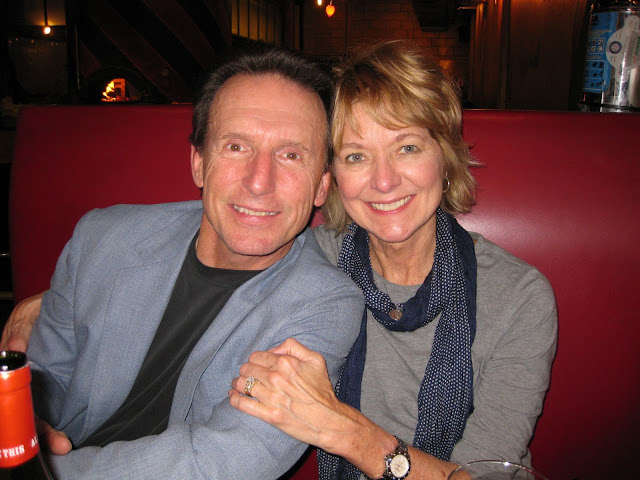