our day went well - still having beautiful warm to hot sunny weather.  we walked from the hotel to Recoleta for lunch at El Sanjuanino, an empanada place we knew from our last visit.  it's still great- we had a selection of empanadas - each picking a favorite after tasting more than a dozen.  GA and I liked the Napolitana (tomatoes, queso and rucola) and the boys favored the meat stuff ones... although the queso y cepolla ones also were in the running (cheese and onions) 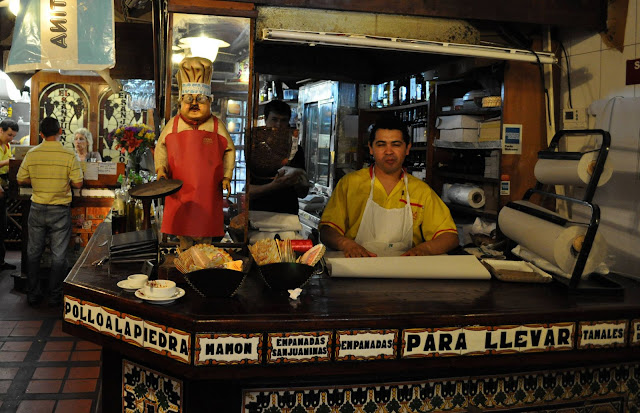 after lunch we walked for a while and then decided to head towards the Palermo neighborhood.  we were dropped off near the zoo and CBGB wanted to visit the Evita Museum which was cool with us - we sat at a cafe nearby called Josefina.  we had drinks and ice cream and later CBGB came to join us.  GA ordered the flan she had been wanting for a couple of days and said it was fabulous.

the afternoon was already getting away from us when we headed toward the Japanese Garden but it turned out to not take up too much of our time - it was limited in space and not particularly Japanese other than the red bridge in the center and the koi in the small lake. 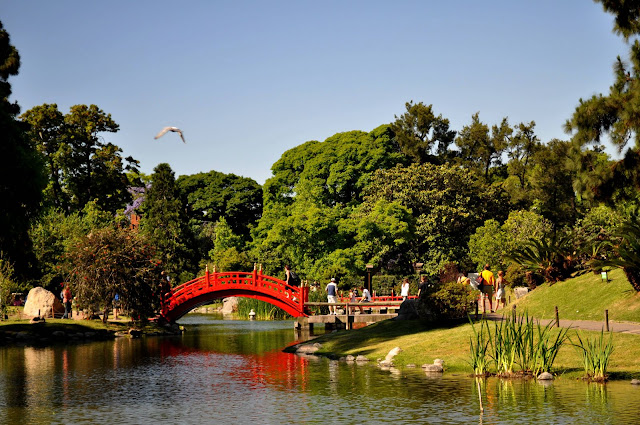 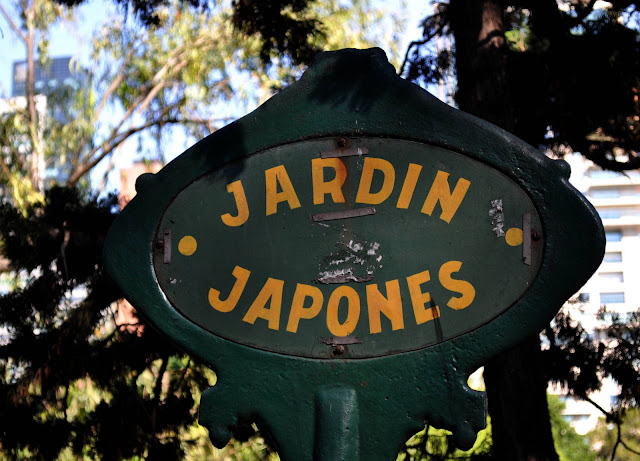 we took a cab home to our hotel and relaxed before dinner.  we had reserved at Tomo I and found it to be a lovely meal.  we ordered the all inclusive menu.  we all chose similarly, starting with the shrimp and avocado napoleon, following with a lovely trout with almonds in a light lemon sauce with spinach for three of us and Phil had the pork shoulder.  we all had the chocolate dessert.

the place was lovely and the service perfectly unobtrusive yet attentive.  Tomo I was well worth the slightly steep price.

we made a plan to meet in the morning.  we intend to try using the subway to get to the Sunday market in San Telmo.  I will report on that adventure later LOL.
Posted by TOR at 8:54 PM