yesterday we took the fast ferry to a new country for all of us- Uruguay!  the check in process was quite streamlined and we did the passport control and immigration for both countries before you get on the boat and then when you disembark you just leave the boat.  after we arrived we rented a golf cart to get around the area of Colonia del Sacramento.  it is a UNESCO world heritage site and only an hour across the Rio Plato from BA. 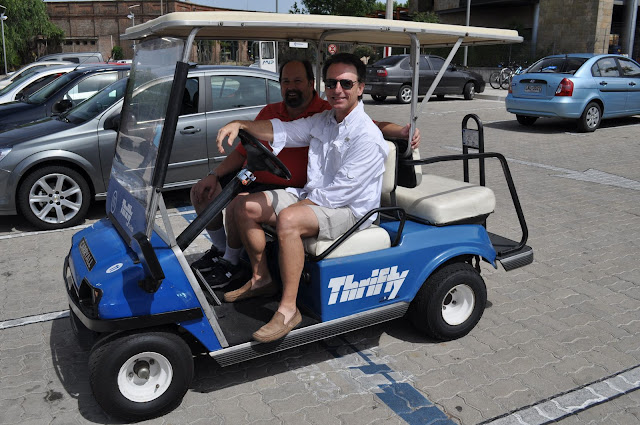 we first drove to the end of the area along the beaches and stopped at a Sheraton to ask for a recommendation for a lunch place along the beach.  while there we saw another holiday card opportunity for CBGB (Chuck & Georgia) so we took a few photos 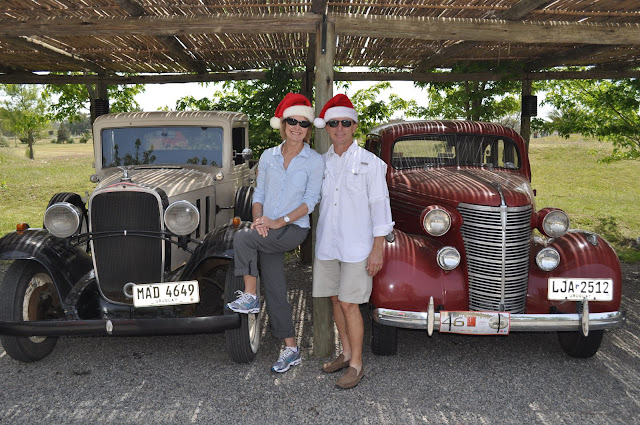 then we stopped at an abandoned and crumbling bull ring which was once part of a vast resort entertainment complex with a casino. 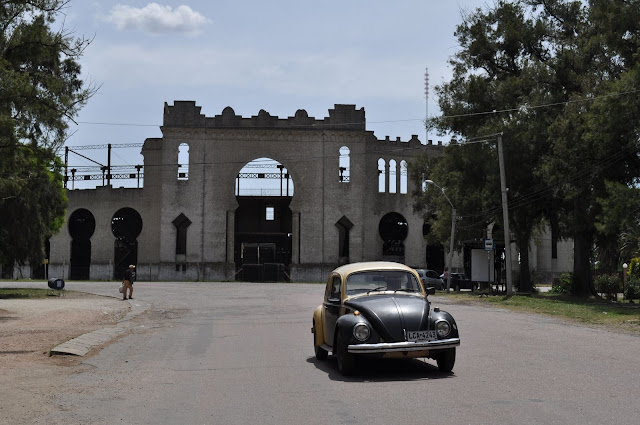 on to lunch!  where we all tried chivitos the national dish of Uruguay.which we enjoyed with some white wine from Uruguay. 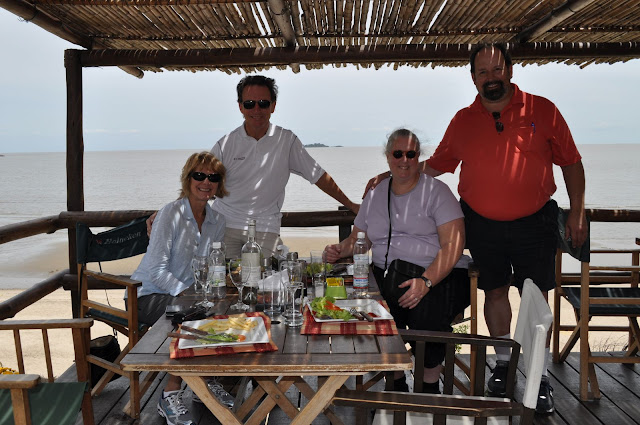 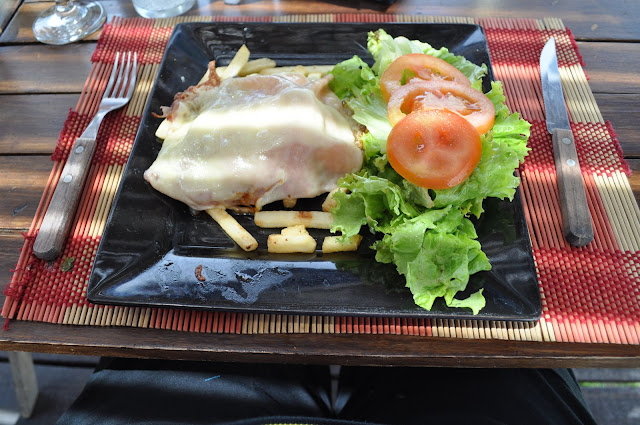 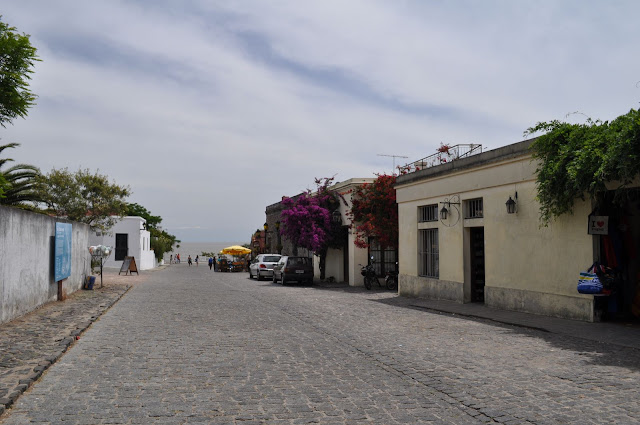 amazingly beautiful jacarandas are in bloom right now and also the bougainvillea. 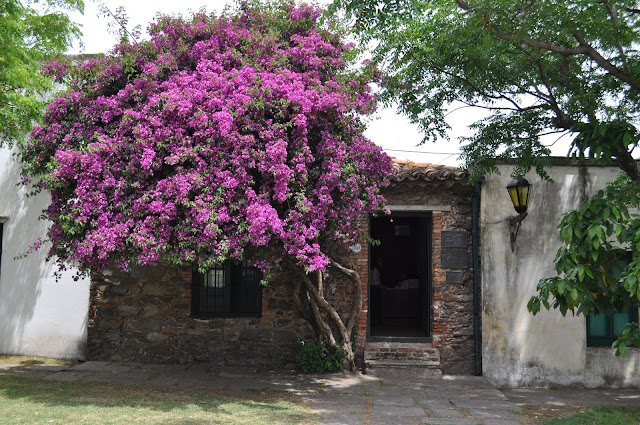 we saw lots of old cars which have become a sort of symbol for the town.   we toured the town, stopped for a drink in the shade to relax and found a bar with some Beatles memorabilia on the wall inside. 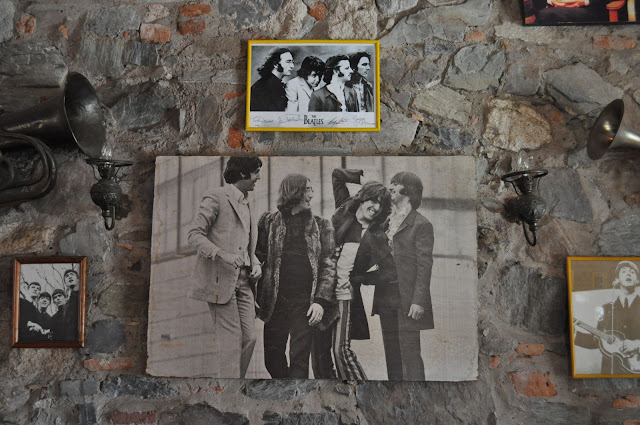 after that - more touring until we decided to dine very leisurely and then head back to the ferry a bit early. 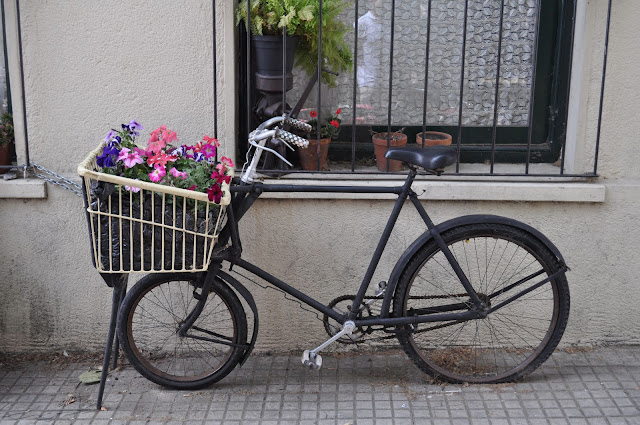 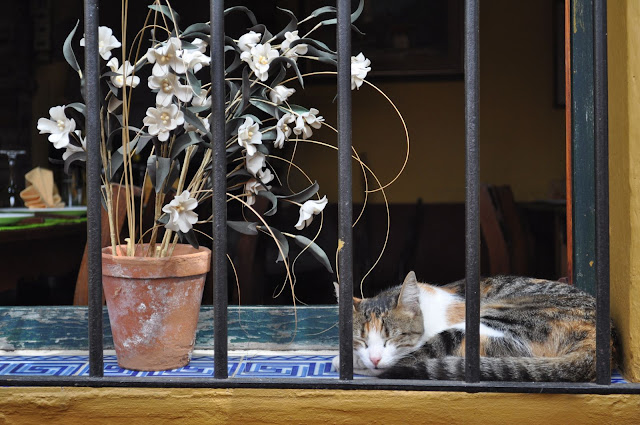 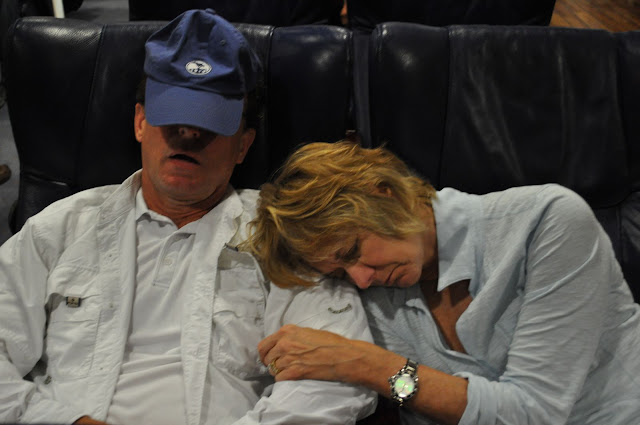 we all agreed we were happy to have done the trip but none of us thought we would ever make it back to Uruguay again.
Posted by TOR at 8:09 AM