today we have been at the River Cottage one week and this morning I saw my first alligator swimming in the river.  I saw him as he was headed away and then had to go grab my camera.  I was kind of bummed I didn't have my SLR with the telephoto lens but - well - I didn't really think I would need more than a pocket point and shoot camera for the time we were here.

I outlined the gator in a yellow circle but I couldn't figure out how to make the line heavier on the make-shift photo editing software on the work computer. he is pretty much in the center of the shot. 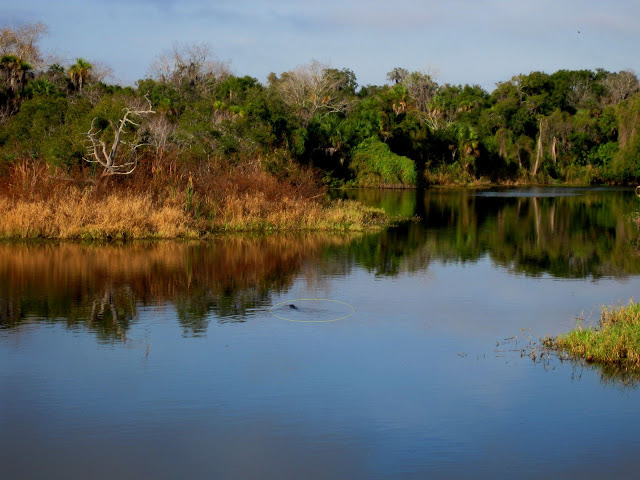 when I came in from getting the NYT at the end of the driveway I saw a Gallinule or Moorhen (a duck like bird with a red shield on its forehead) and it was shortly thereafter that the gator showed up- maybe the bird was breakfast...  yesterday we saw an Anhinga on our dock - during a brief rain shower.  I know the photo is kind of blurry but I had to take it through glass so I didn't disturb the bird and lose the shot altogether. 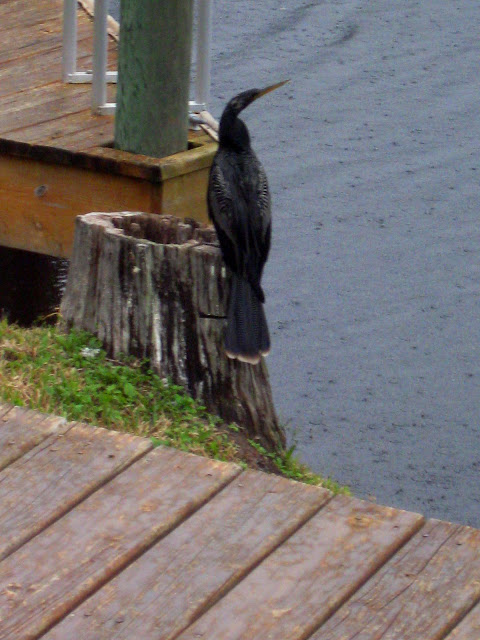 it might sound a bit geek-like that I am so impressed by the wildlife but remember we are city folk.  our idea of wildlife amounts to a few squirrels and an occasional feral cat.  this is real nature for us- LOL and thank god the owners of River Cottage have kindly provided a guide to the waterbirds of Florida so we actually know what we are looking at instead of saying things like "look at that big black bird with white feathers" or "over there, see the little duck with a red bill."  keep in mind that we are the kind of people who can't tell farm crops from the expressway - not that stops us from discussing and endlessly speculating on what they might be.  and this to round out the post is our own version of wildlife (camouflaged by the ottoman she thought she was hiding under) 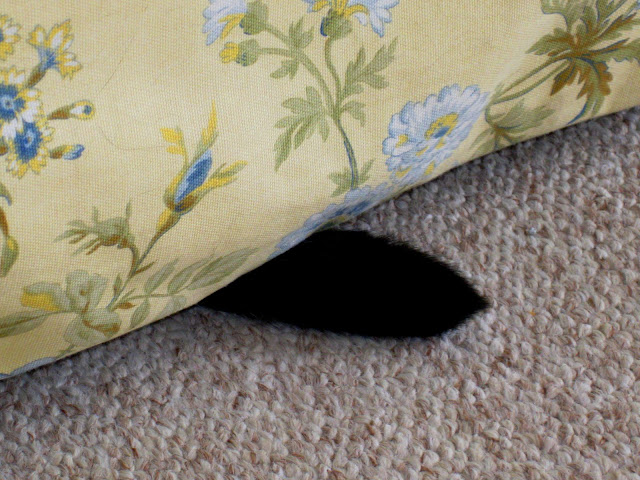