into and out of the sahara

Our journey into the Sahara began with heading out of Tozuer toward Douz.  Our first stop is the salt flat.  It is enormous – the size of West Virginia.  There is no water but there is a causeway and of course a café/souvenir stand along the way. 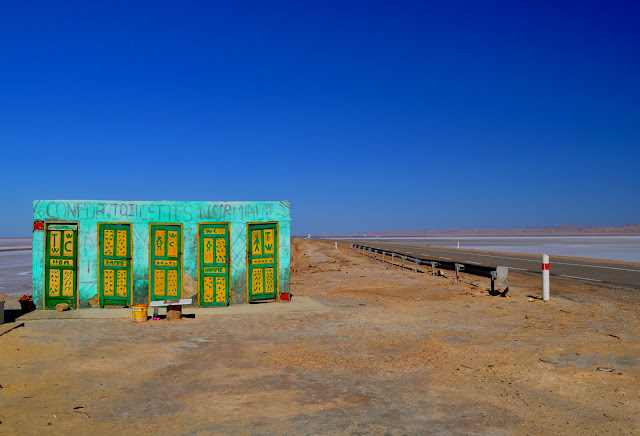 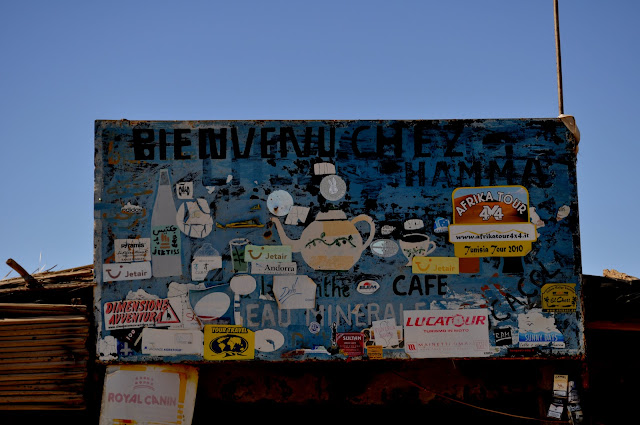 Once we leave the confines of the causeway we stop at a waaay cool artesian well and take some photos of how this works. (another civil engineering site for Dave- Jennifer’s boyfriend) 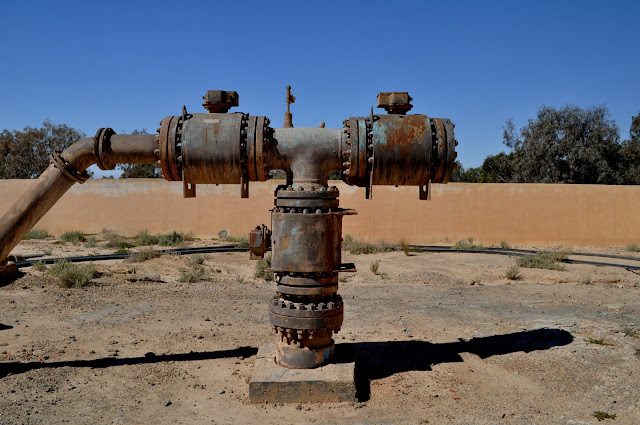 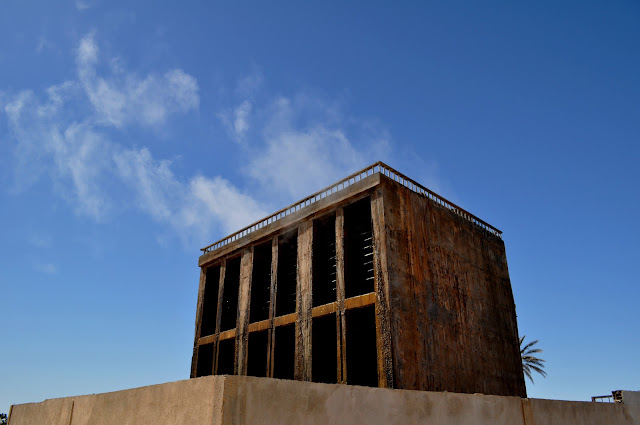 Then we are on to the next “discovery” – camel riding in the desert town of Douz.  I have ridden three camels and really don’t feel the need to make it four – but am happy to take the horse carriage and be the photographer.  The cutest camel is Jimmie a four year old in training to take riders. 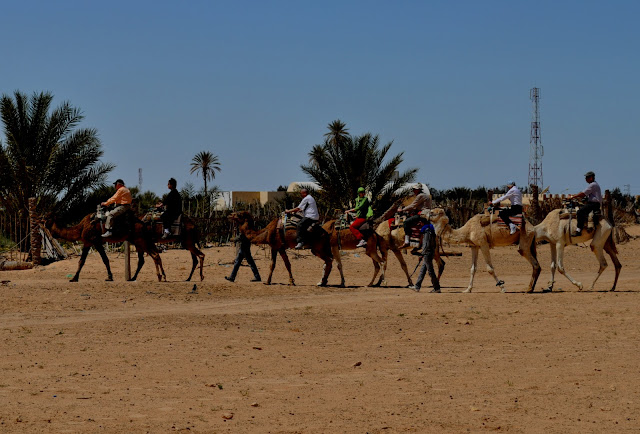 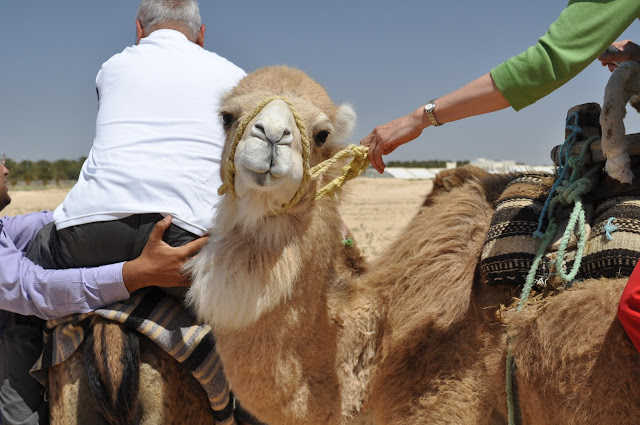 Lunch is followed by a Bedouin wedding between Max and Sally.  Very festive and as always the bride looked beautiful and happy. 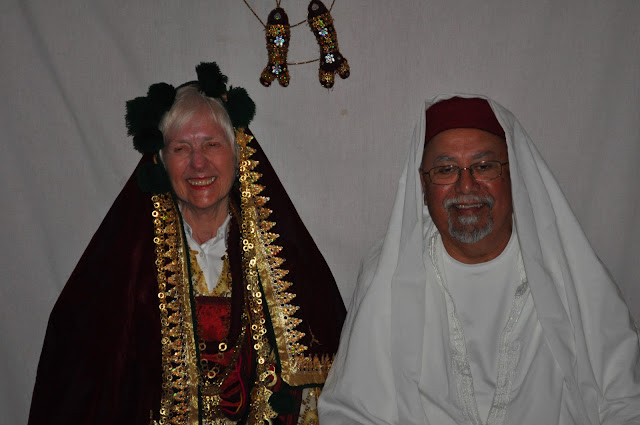 Afterward we go to the hotel again to hook up with the cars to take us to the camp and Mohamed gets on the internet to let people call their families.   Max called his sister in California and woke her up with “Chica! I got married!” LOL – the poor woman probably thought he had gone around the bend.  We then part ways with Hussein and the bus and get into four wheel drive vehicles to head to our overnight in the Sahara camping.  We arrive in time for sunset and get settled in. 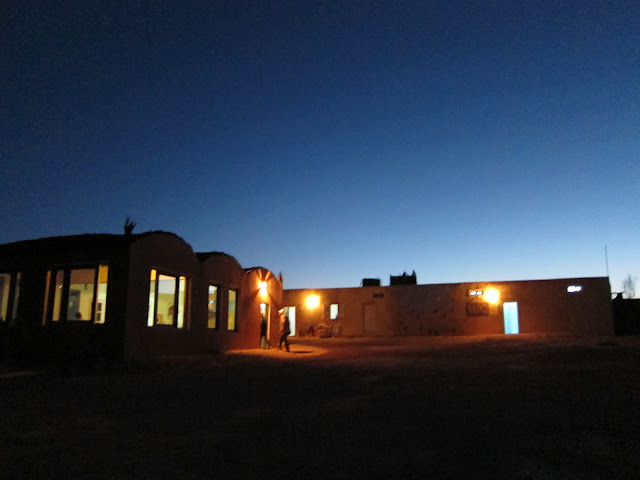 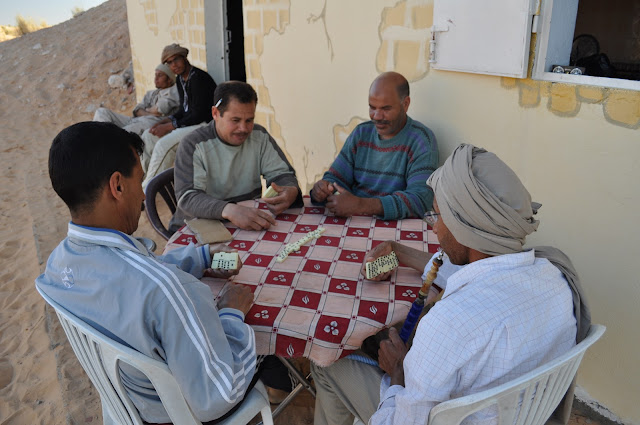 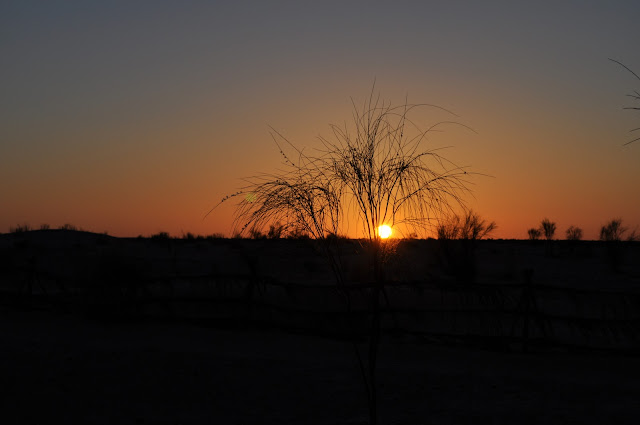 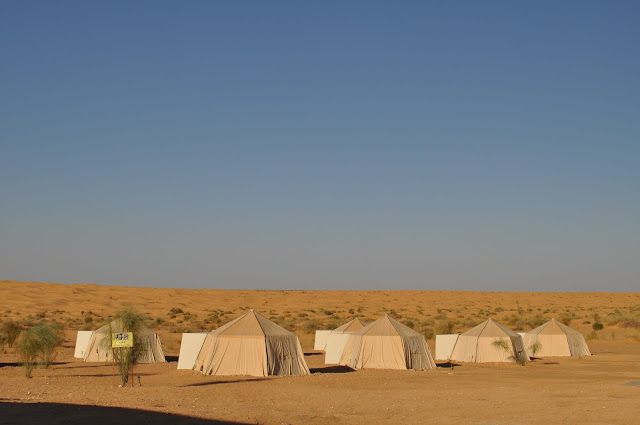 We see a bread baking demo and watch as our steamed dinner is pulled from its sand oven.  Later we have a discussion about the nomadic way of life which disappeared when the borders were marked out when the Europeans came to north Africa. 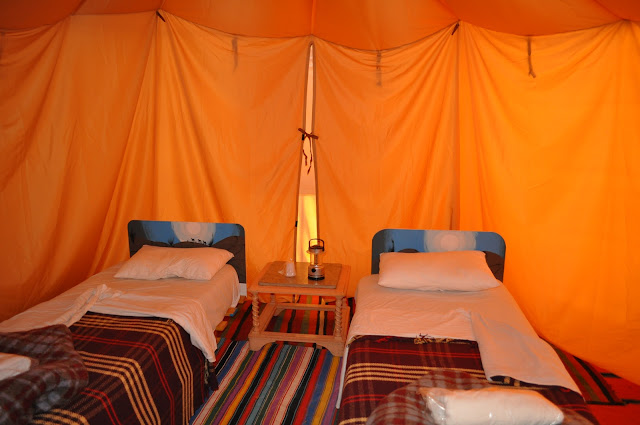 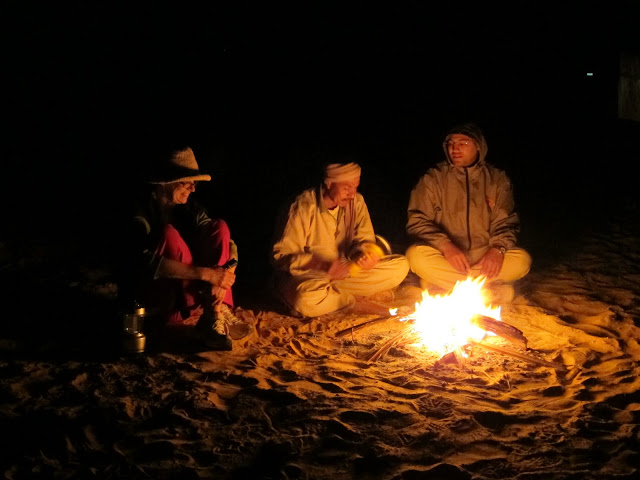 The stars were magnificent!  They seemed SOOOO close and they were so bright and so many of them – it would have been worth the journey just for that view of the night sky.
Up early of course and off to the largest dunes in Tunisia. Lots of roller coaster rides on the dunes heading to the great eastern erg as the biggest dunes are known.  On the way Dick said to all of us in the vehicle “I don’t know where I am” LOL in a completely straight manner – we laugh as the only one who has a clue is the driver.  We think we are in the middle of nowhere but shortly after the big dunes stop I spy a cell tower in the distance- civilization! 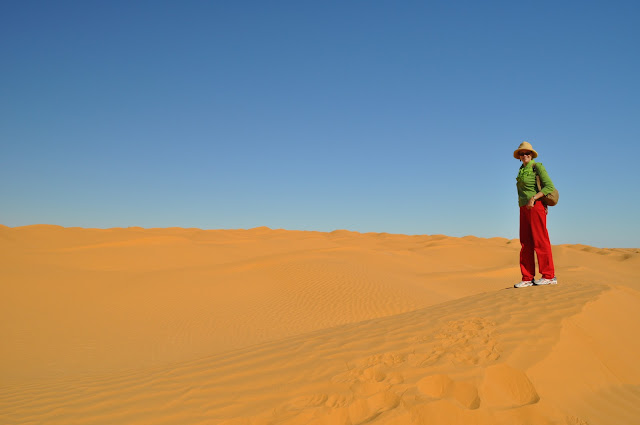 After our stop there we go on to the old ruins of a Roman outpost.  Here we find dune buggies from the local oasis settlement nearby.  We head in that direction for lunch. 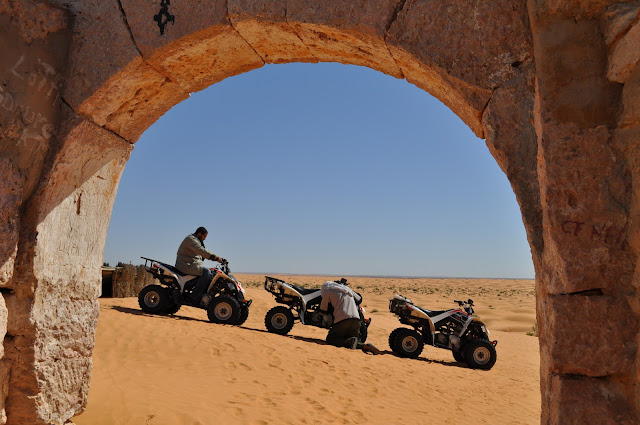 Afterward we meet up with our bus again at a cross road about an hour away,  Then we are on to Matmata and cave dwellings followed quickly by the remains of the Skywalker house from Star Wars. 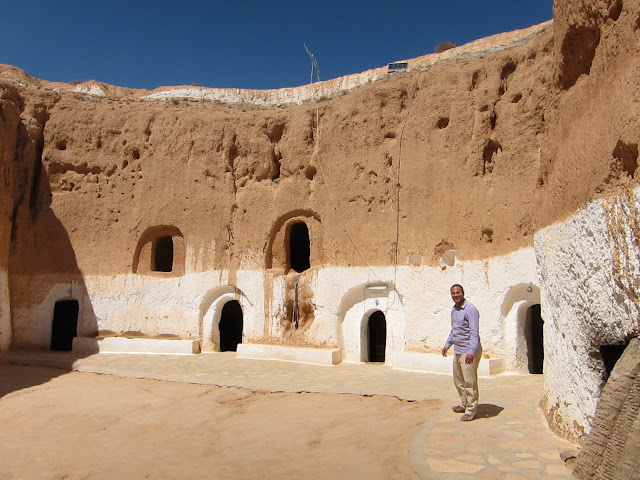 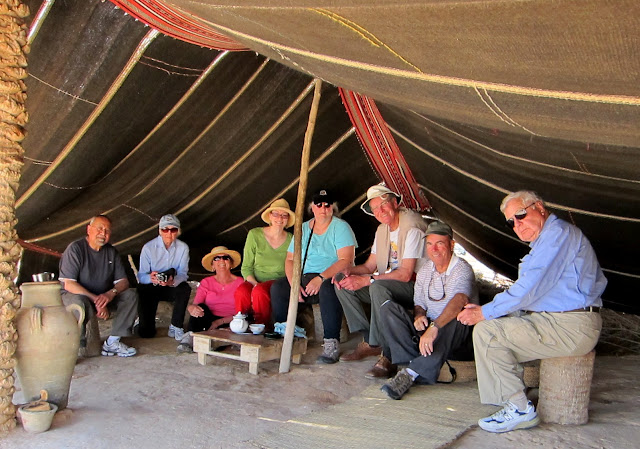 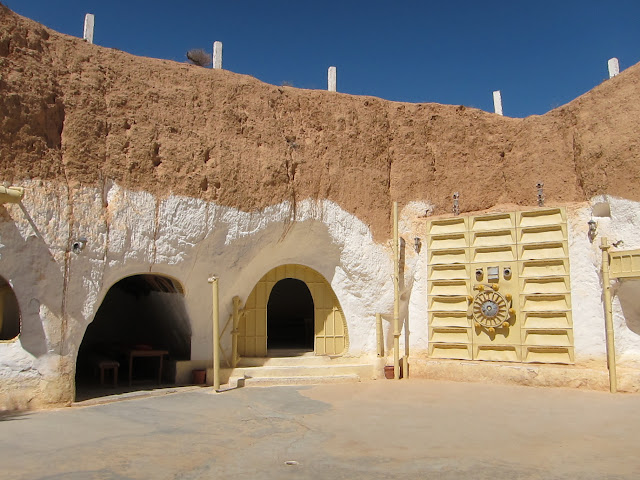 More driving and riding and we finally arrive in Tataouine and after a brief stop for gazelle horns pastry we get to our hotel. 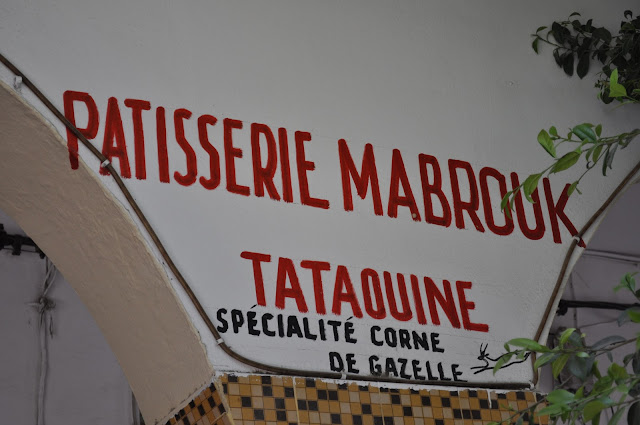 Sorry this is the abbreviated version but we were out in the desert with no connection and yet I have lots to cover – so you get more pictures and less writing for the post covering two days.
Posted by TOR at 1:35 AM