So off we go this morning earlier than usual as the day will be quite hot and we want to get our hike in before it is too warm. We go to the berber village of Chenini where we hike up to the old village and see the sites but most importantly we meet Mohmaed’s girlfriend Mari.  She is 85 and lives on her own in a cave dwelling near the top of the mountain.  Her children and grand children and great grandchildren are doctors and lawyers but she wants to be independent and live on her own.  She is as cute as she could be and teases Mohamed about when is he getting married.  She has a cell phone but only knows how to answer when her family members call. 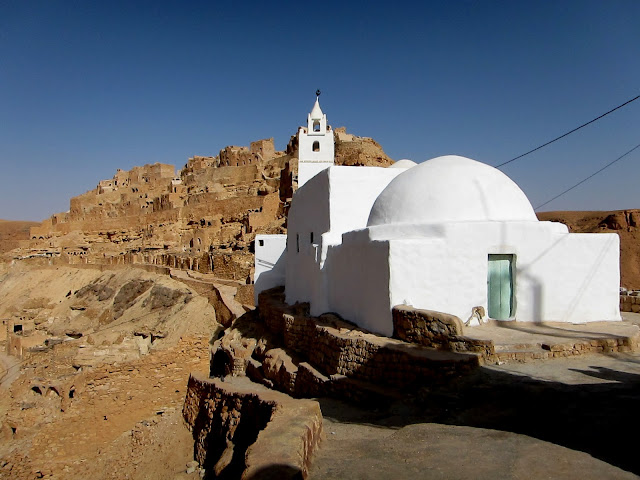 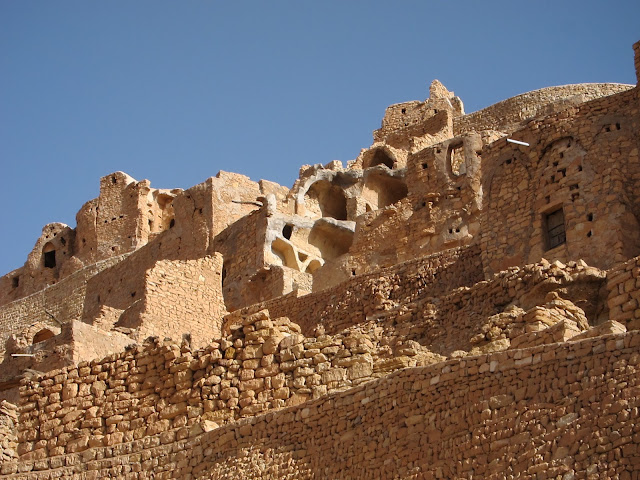 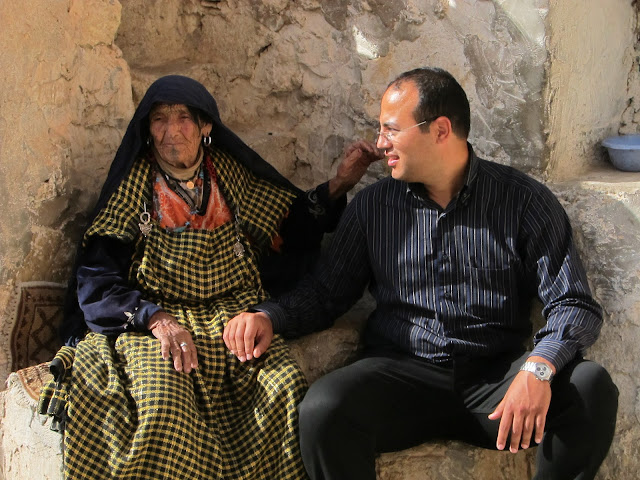 She was delightful and we all agreed this is an example of what makes the OAT trips so worthwhile.  We move along and head towards Hedada- a town on the ksar route.  The Ksars are fortified granaries that were used by the nomadic people to store food for their animals as they moved along the trade routes.  This one is an excellent example and also quite renown as another of the locations from Star Wars.  We take some photos 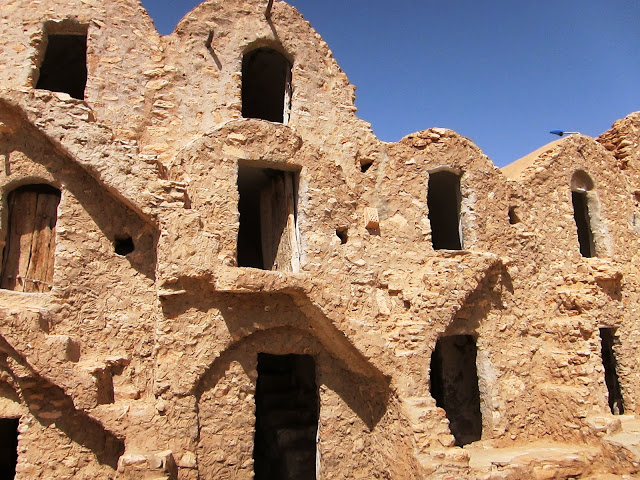 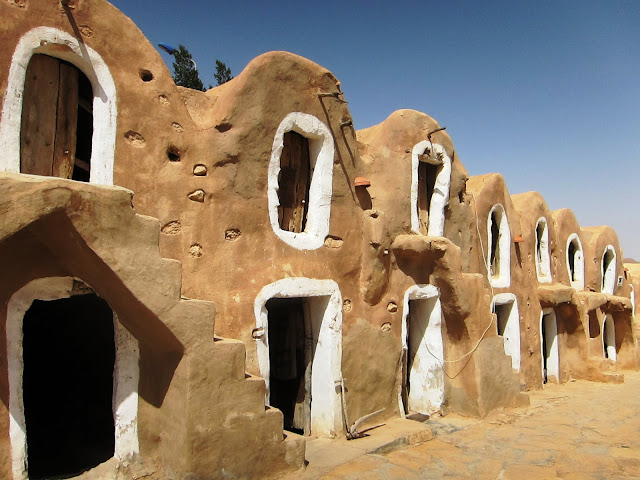 And then we head back to Chenini for lunch. Where we again have a fabulous meal of barley and garlic soup and brique with an egg cooked into it and then a poultry brochette and for dessert the gazelle’s horns, like those we had yesterday.  They even came from the same shop as the owner of both the restaurant in Chenini and the pastry shop in Tataouine are one and the same. 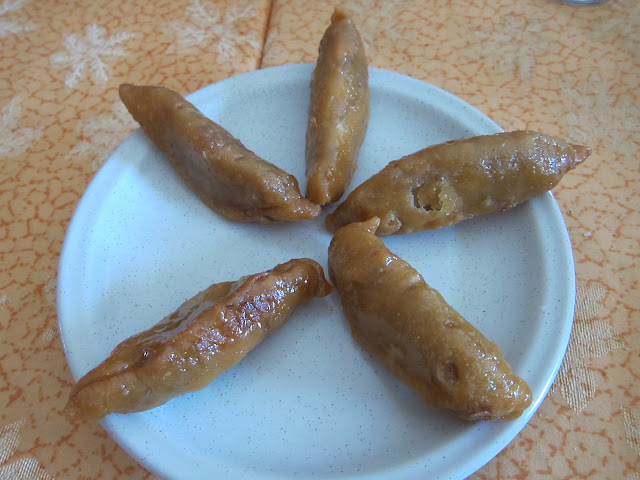 Today we have free time in the afternoon because it is too hot to be outside and at 5 PM we will meet again for the rest of the sightseeing.
Posted by TOR at 8:14 AM