last day of the trip

we traveled to the island of Djerba where we visited the oldest synagogue in north africa. the foundations of the building are from 500 BC.  it also happens to be lovely.  we are allowed inside.  this not the only synagogue on the island as about 1000 Jews live here of the 1400 Jews remaining in Tunisia.

here are some photos: 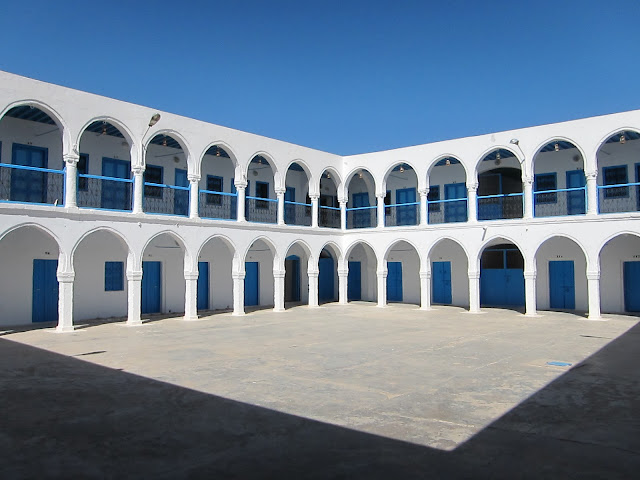 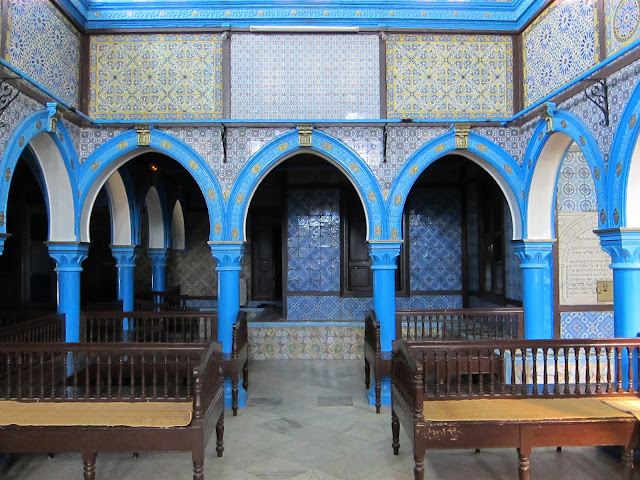 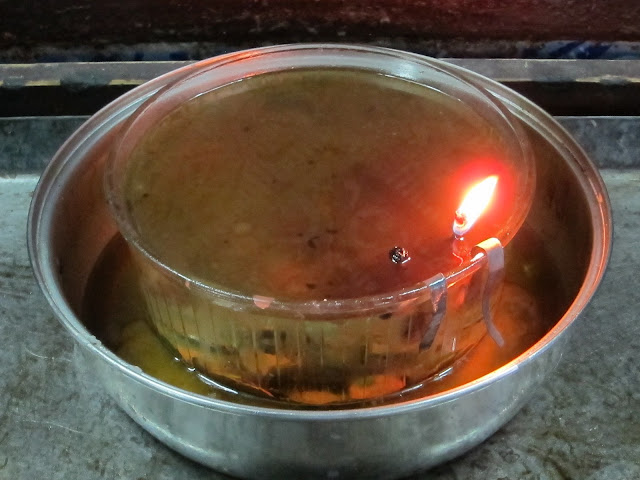 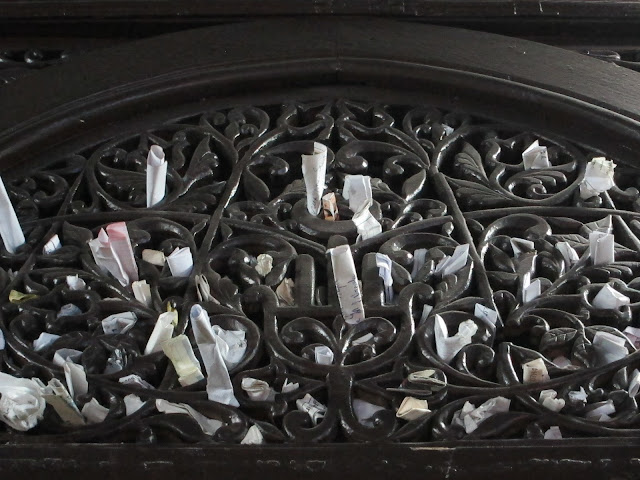 inside the men's prayer room there was a man praying with the tefillin (not sure if I spelled it correctly) but he must have only been somewhat religious because his wife was taking photos of him doing it which seemed a bit unseemly to me but maybe if I was super religious I would undersatnd that this is OK to take pictures of yourself praying in a sacred place.... maybe... but maybe it is not so cool.

afterward we went to the souk- the moment Sally has been waiting for- two hours of shopping!  and plenty of things to see for the non shoppers as well.  We saw lots of spices and grains and fruits and rocky mountain oysters (whatever they are called in French- LOL) and ceramics.  Jennifer made some nice purchases which I will not reveal here as some of the followers may be recipients of her largesse... 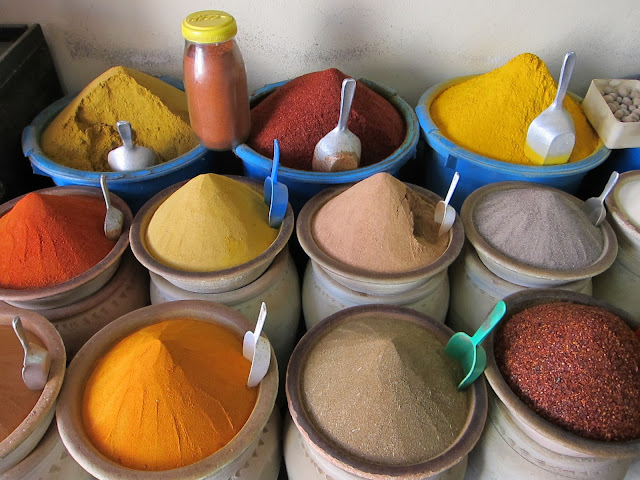 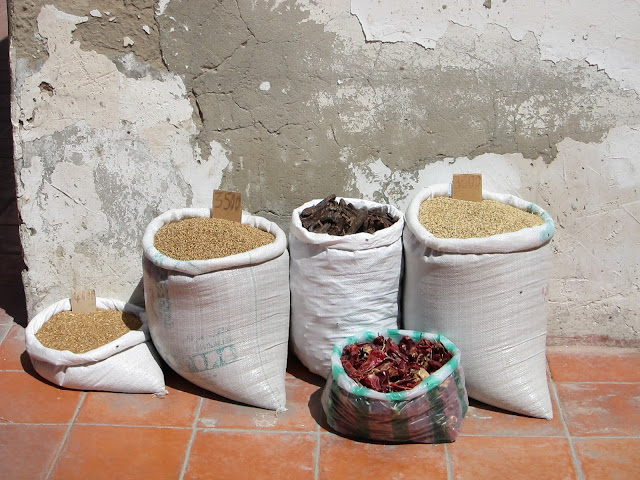 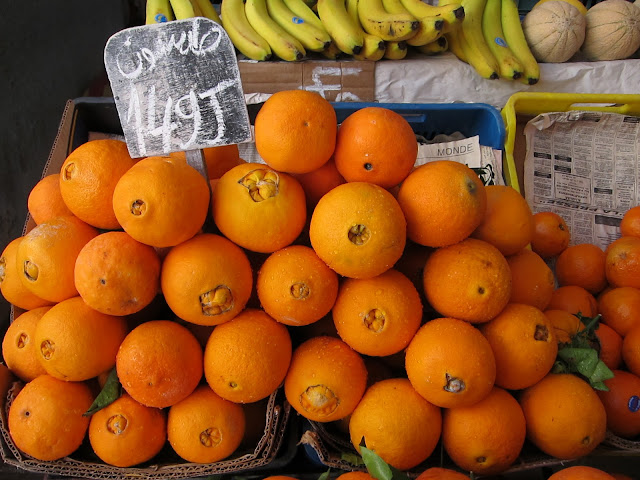 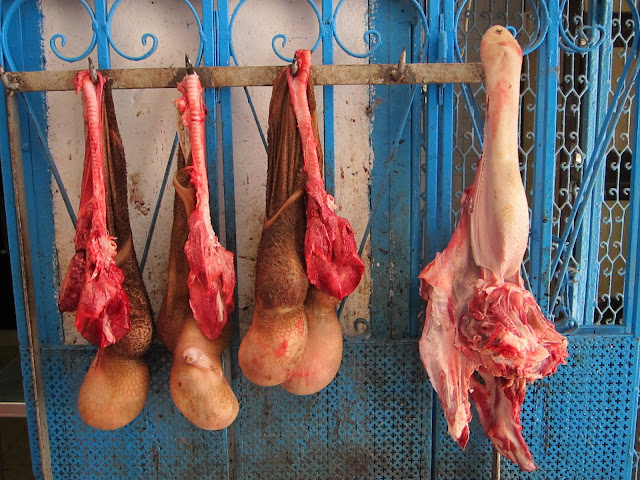 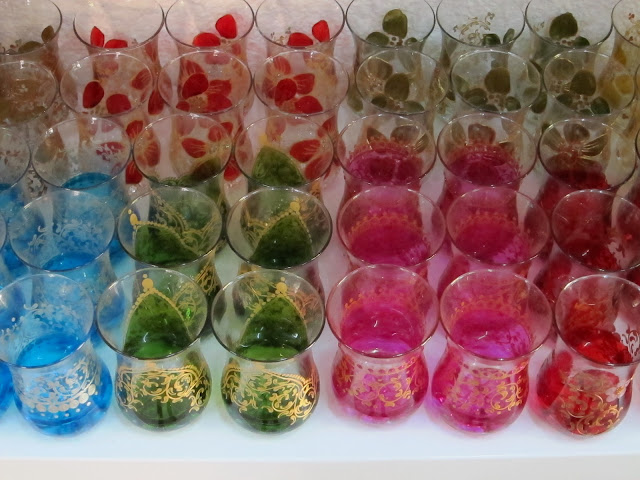 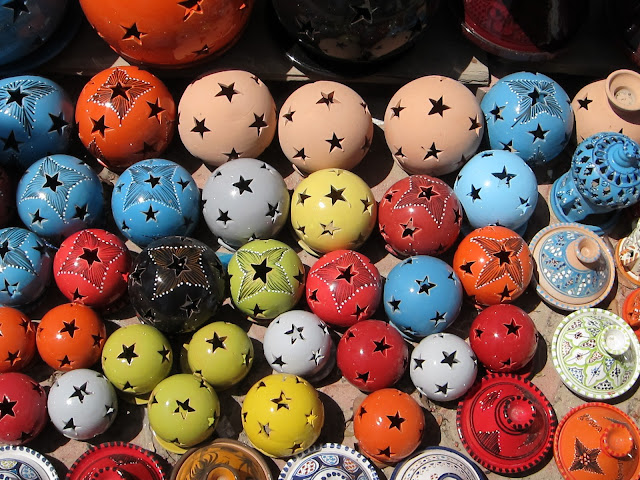 I found a few small pieces of ceramic that I couldn't pass up and a small watercolor of the souk.  then we had lunch of grey mullet and one last fabulously juicy orange- which we have been eating at least twice a day. 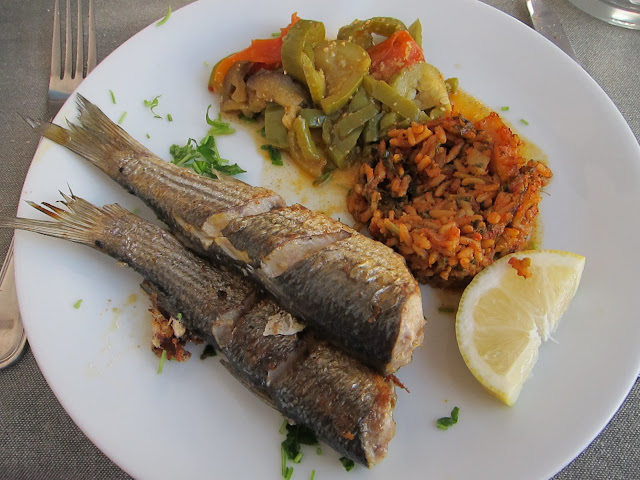 then to the airport and the quick flight to Tunis - in moments we will gather for the farewell dinner and then tomorrow wake up call is 4:45 AM so this will be it for posting until I am home and have time to give more details and more photos.
Posted by TOR at 1:09 PM