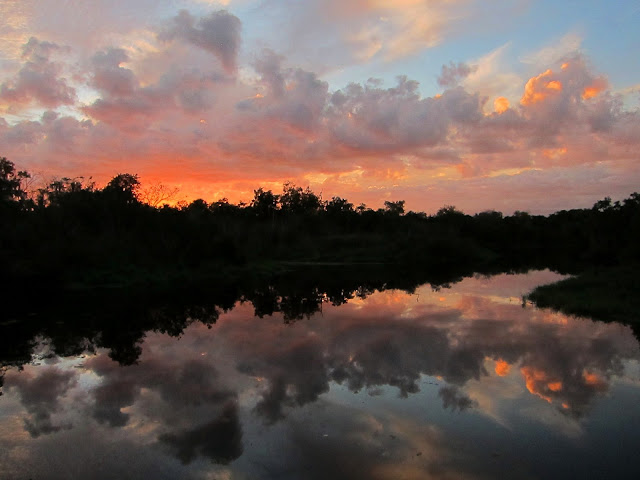 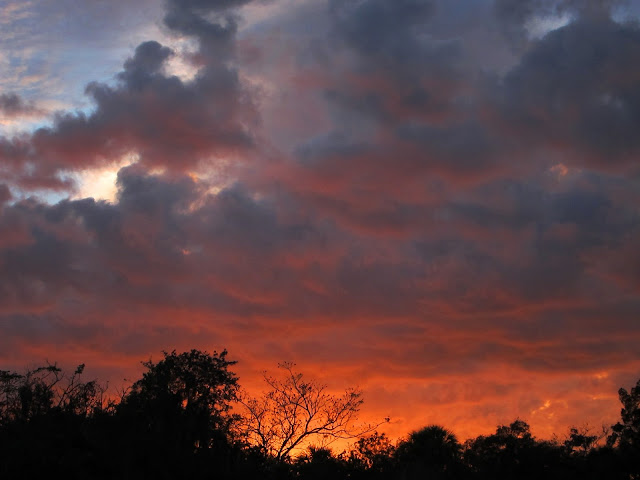 I have to admit that while I like Monet well enough I never really got the thing about the hay stacks- until I started taking photos of the sunsets on the river here at River Cottage.  Now I am fascinated by the ever changing light that happens each day- not just at sunset but during the day as well.  This morning I awoke to drizzle and clouds with no sun at all - right now at around 11 AM it is cloudless blue sky and breezy but not much sun - so our ever changing view  (and its inhabitants) draw me away from whatever I am doing frequently each day.

in the last year of my sister's life she read voraciously- mostly because she could do little else and like me- she was never much of a television person.  I remember my mother telling me that one day she asked Janna what she did most of the time.  my sister's reply was I read - but mostly I watch the birds.  the hospital bed she lived in was located in the living room of her house and she had a wonderful view (easily more than 180* of wooded area that backed on to their house.  I remember thinking that if that were me I would go out of my mind and admiring her ability to find enjoyment in anything at all given what she had gone through and was going through.  but by early last year- roughly six months after she died I understood much better how much she must have gained from that time.
Posted by TOR at 10:08 AM