my husband says I have perfect timing- but here is clear evidence he is deluded by love for me- LOL - I wanted to be gone to the southern hemisphere long before we saw this white stuff in late 2012.... that didn't happen- we had snow last night November 12th!!!!
oh I admit I had already put away the deck furniture and it was ready for winter but I expected that the first snow would not come until we were "down under" in New Zealand or Australia... but nooooooo! 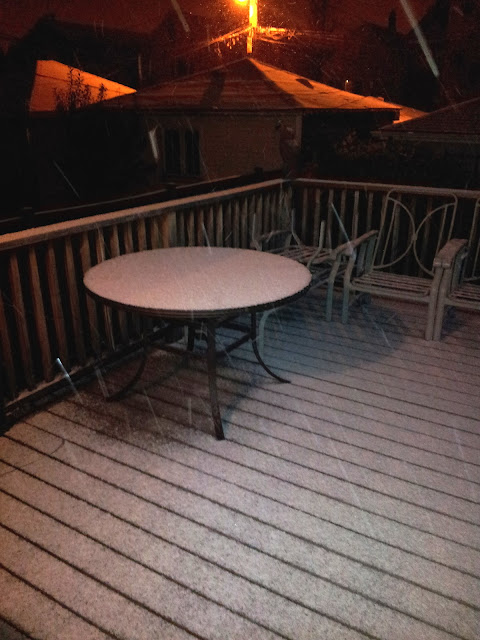 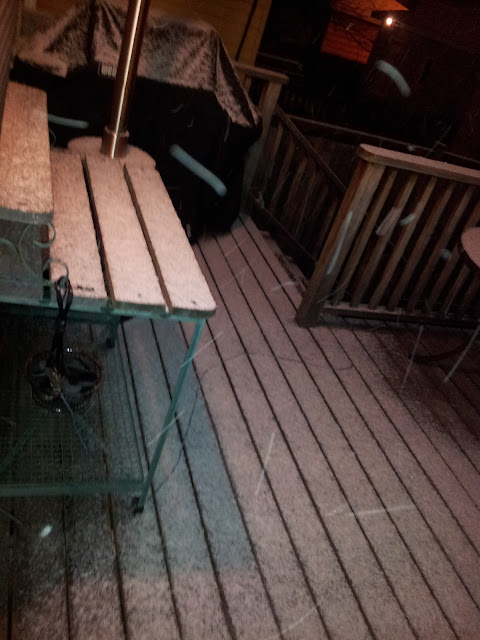 so this has just pushed us further along the path heading south - next year we may be gone by this date and extend our time in warmer climes - this is just plain TOO EARLY!
Posted by TOR at 3:04 PM