on to Ecuador and the Equator

so as to not sugar coat the truth of the matter- because as you know I LOVE to travel, it can sometimes be difficult and parts of this trip were quite problematic.  Phil got sick in Cuzco the night we returned from MP and when I woke in the morning he was seriously ill... I canceled our morning outing and called for oxygen.

he seemed to be exhibiting signs of altitude sickness - he got some small relief from the O2 and was able to nap a bit (having been up all night) before we left for the airport to head to Lima.  The driver had oxygen in the car and he boarded the plane last so as to not block other passengers with his slow pace that day.

we arrived in Lima and canceled that city tour and headed to the hotel - sea level- a lovely room in the Miraflores Park Hotel with an ocean view.  he had no desire to eat so later I ordered room service for dinner while he dined on crackers.  So this was all we saw of Lima... I won't bother to post photos of Lima from the prior trip because we have no current experience to compare them to... 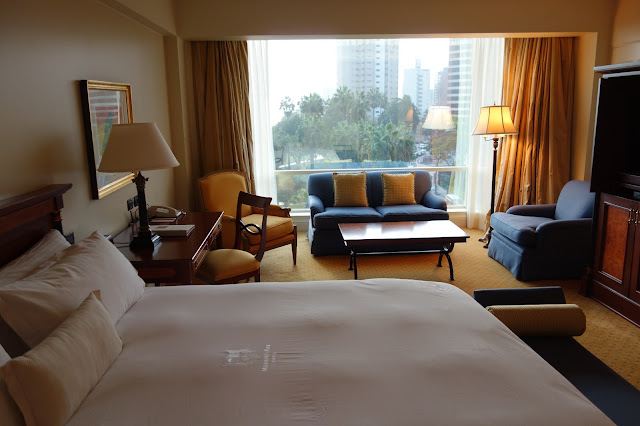 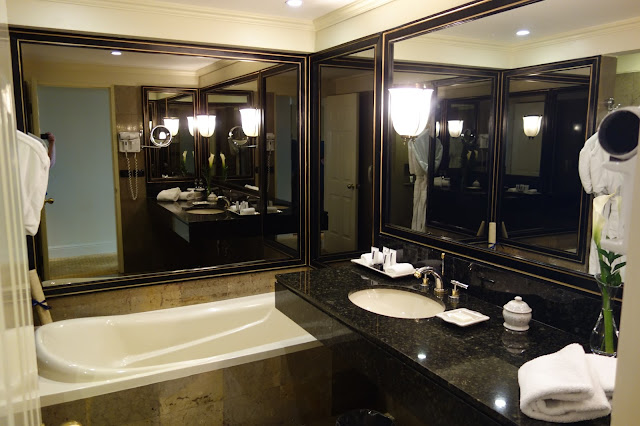 we headed toward sunset from our room on with a view- 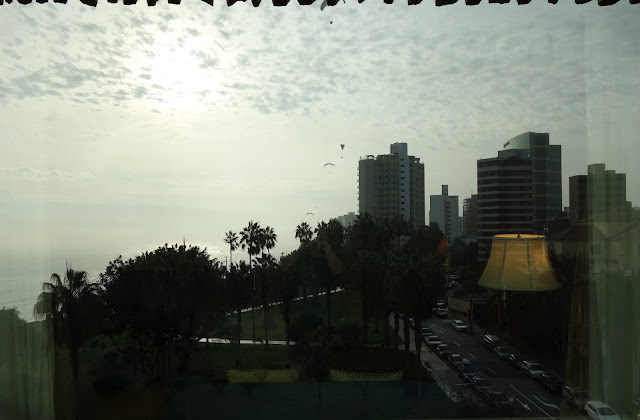 the next day we returned to the airport - Phil feeling mostly better - and headed to Ecuador.  We flew into Quito and headed out of town toward the Equator- with our guide the marvelously interesting Oswaldo.  Our ultimate destination is outside of Otavalo in a small town called Cotacachi where we will have a night at the luxury hotel La Mirage.

the first stop- the middle of the world- so from the place far from civilization which is now the center of the (tourist) universe to the actual middle of our planet- quite the all encompassing trip and we are only on day five! 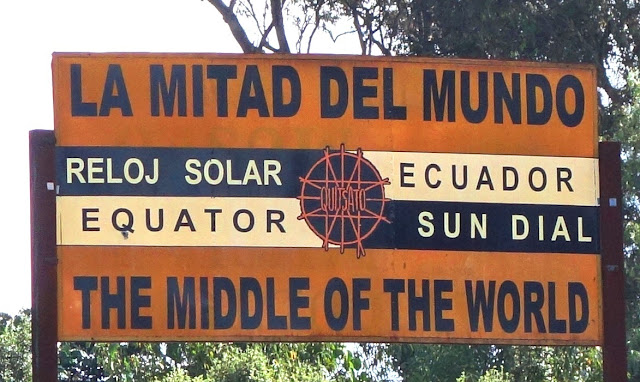 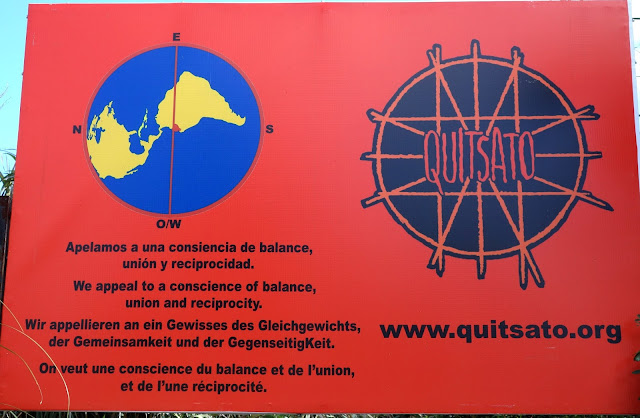 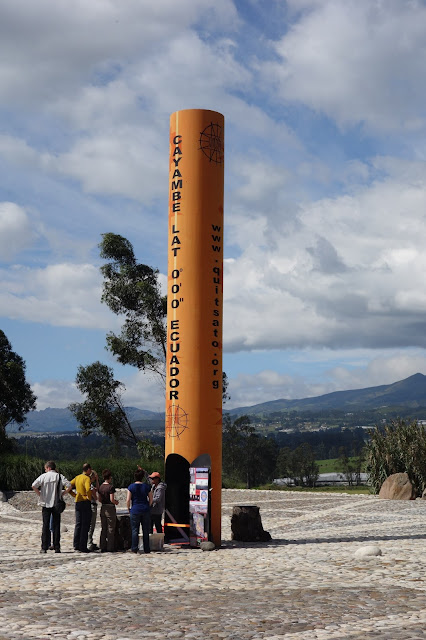 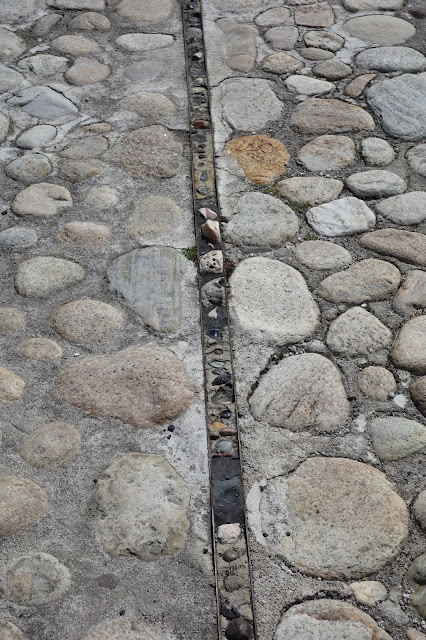 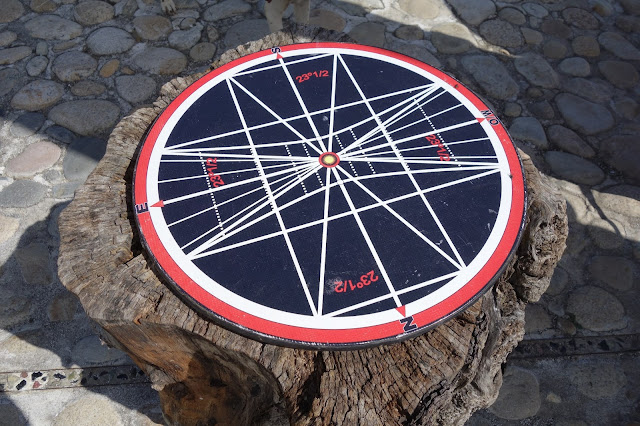 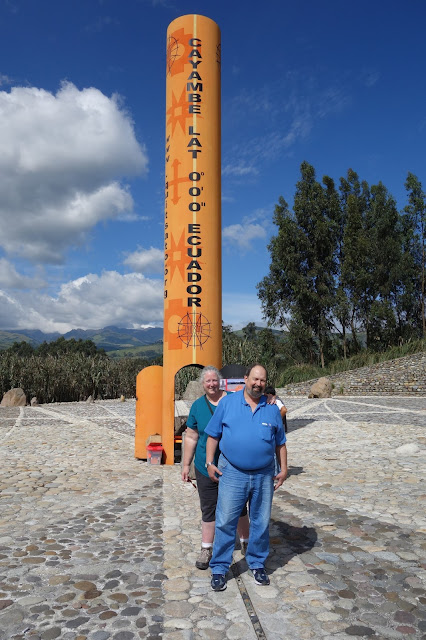 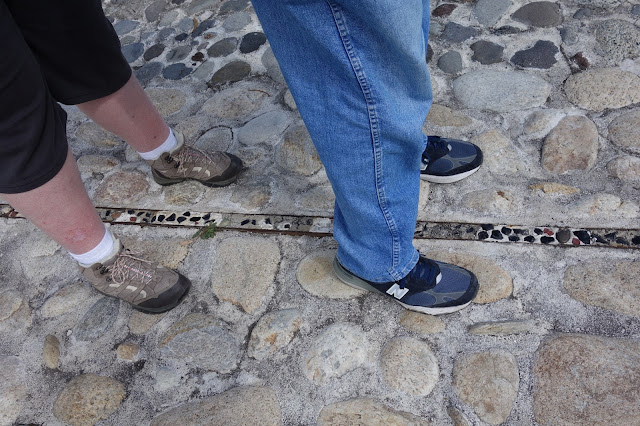 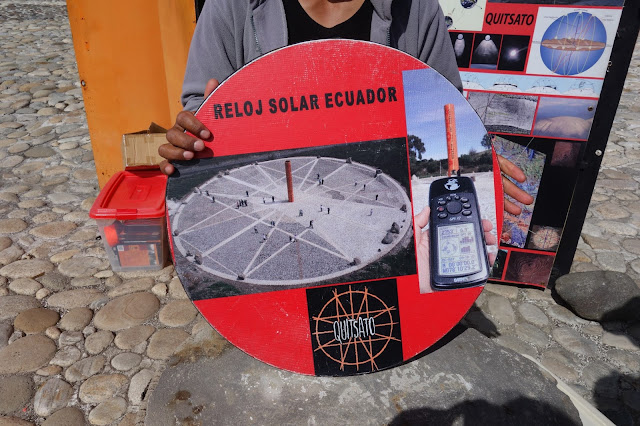 we stand in both the northern and southern hemispheres! 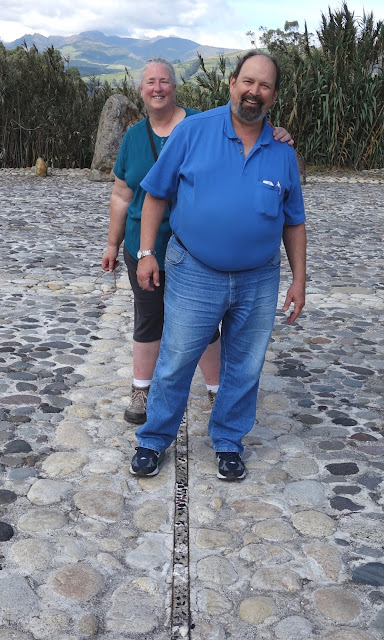 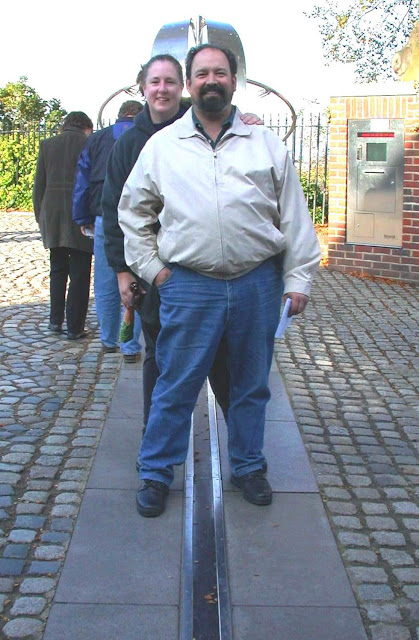 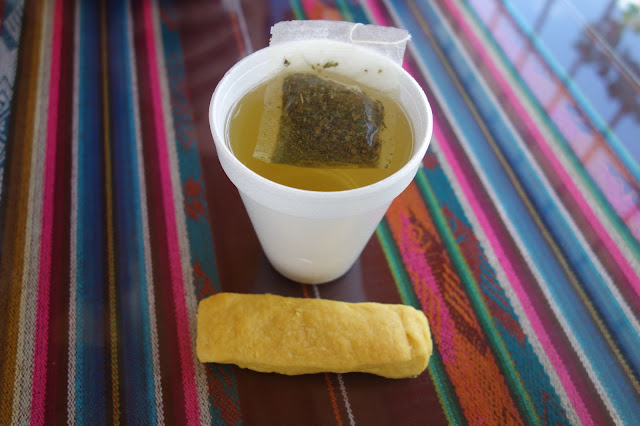 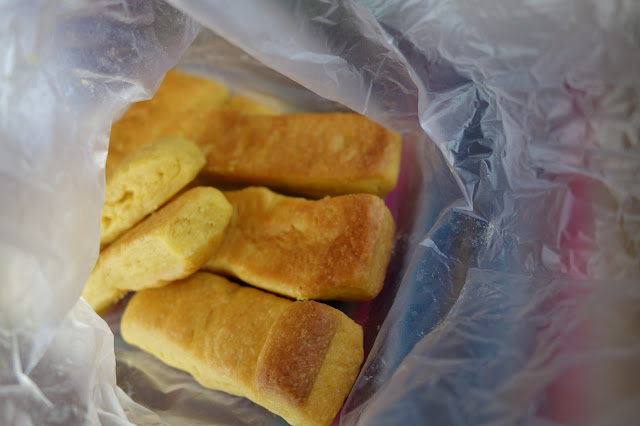 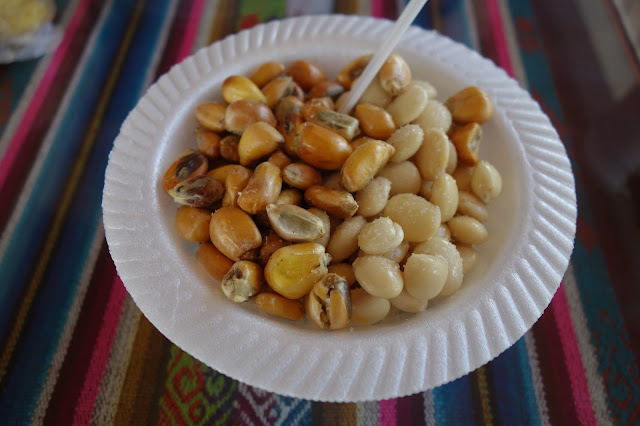 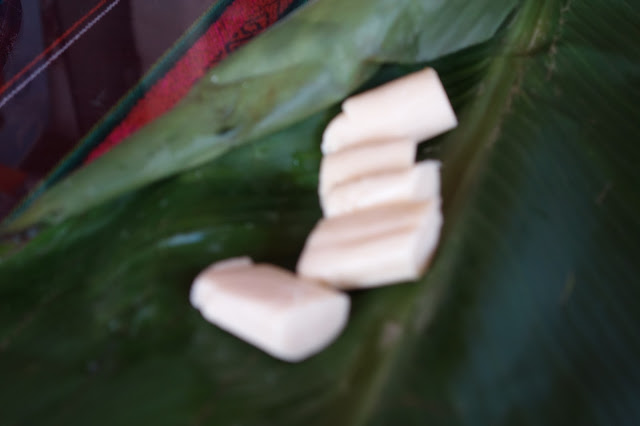 the place had a scenic view! 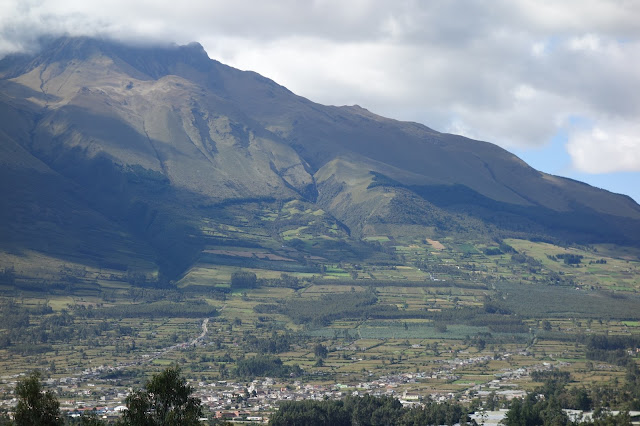 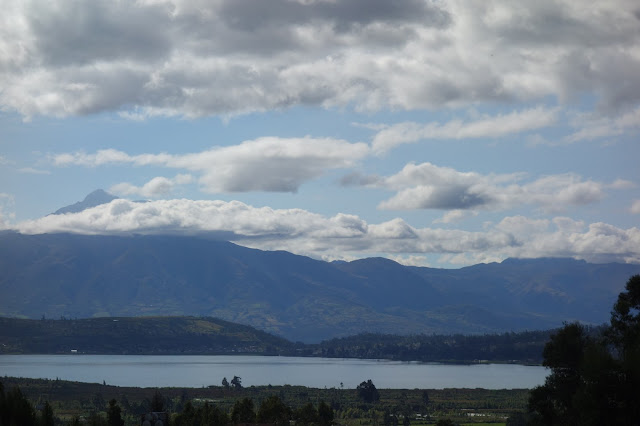 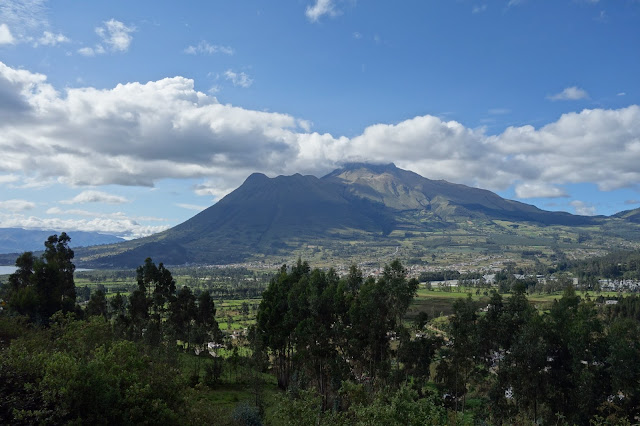 we did a small tour of the countryside before driving to La Mirage our hotel for the night... 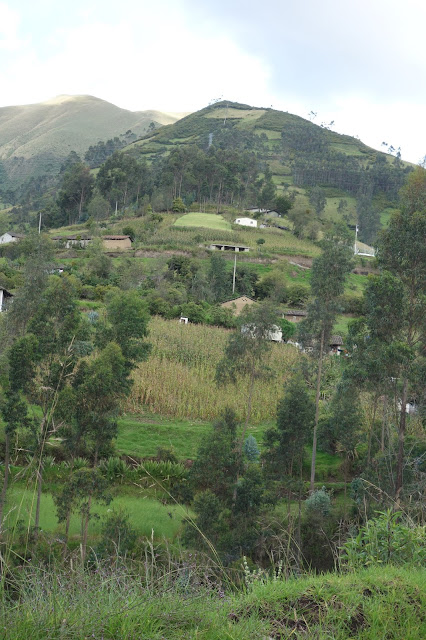 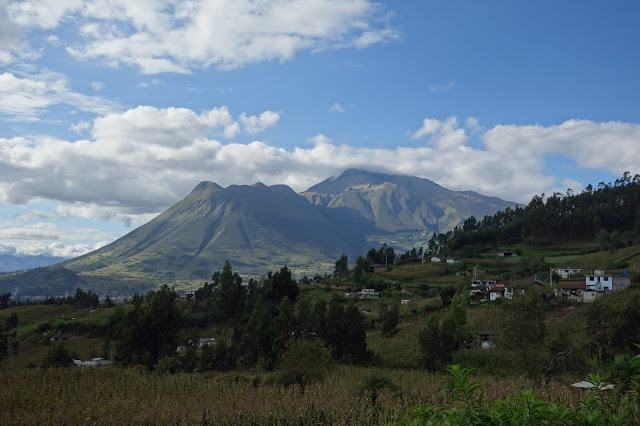 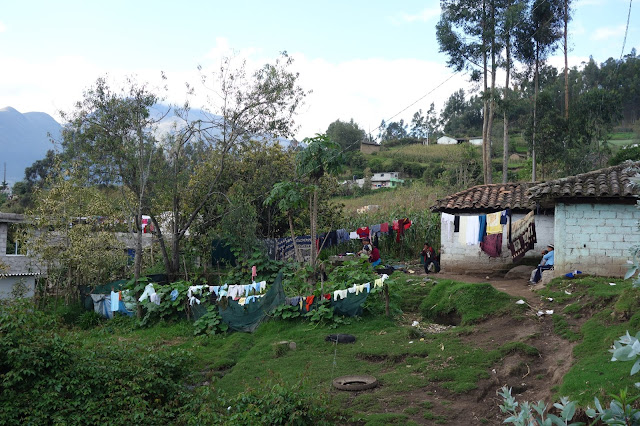 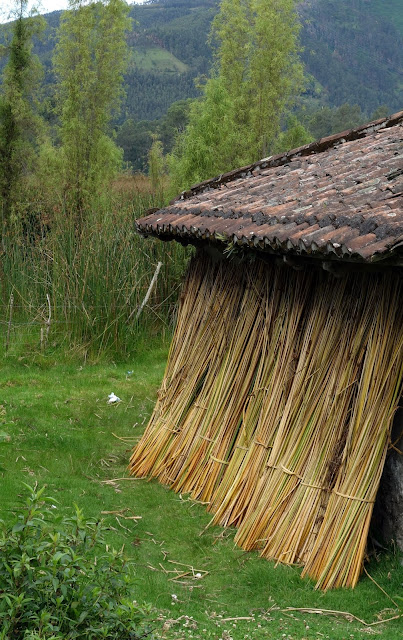 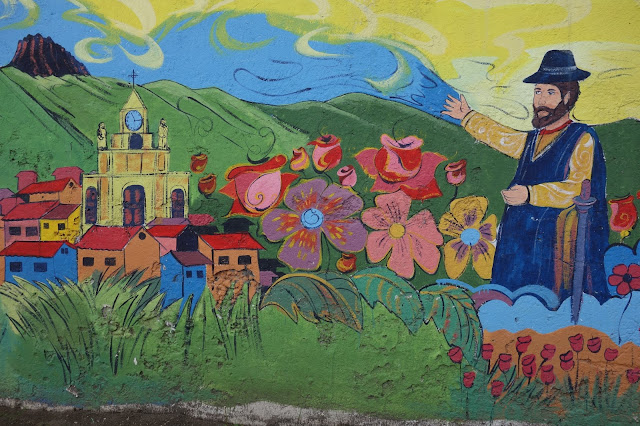 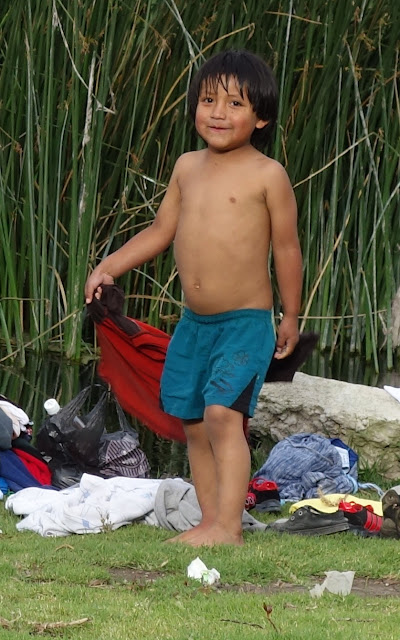 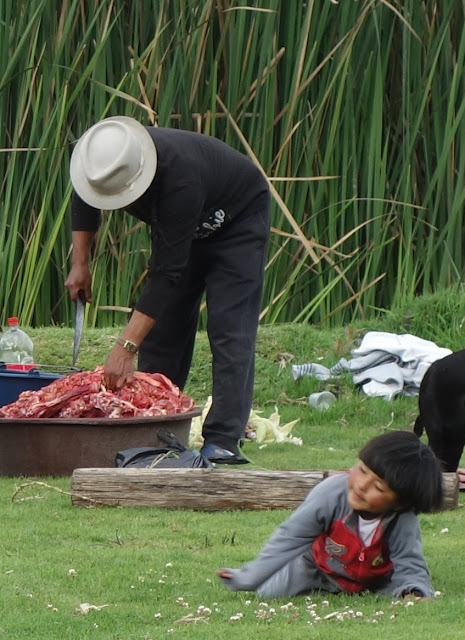