The following morning I skipped breakfast and we left a bit later than planned. Our fabulous guide Oswaldo accommodated the change gracefully and we headed back out of Cotacachi to Otavalo.

We learned that "Cotacachi, Ecuador is truly a mountain paradise, offering a year-round moderate climate, small town charm, fresh mountain vistas and wealth of organic produce. While life in this artisan mountain town can be a little on the quiet side for some, large town amenities are just a 30 minute drive away, making Cotacachi an increasingly attractive destination for retirees."  Apparently it is a big hit with ex-pats and after our brief visit we can understand why.

But this morning we have lots to catch up with in Otavalo.  First the town and then the local market and then the handicraft market. then more surprises await us. 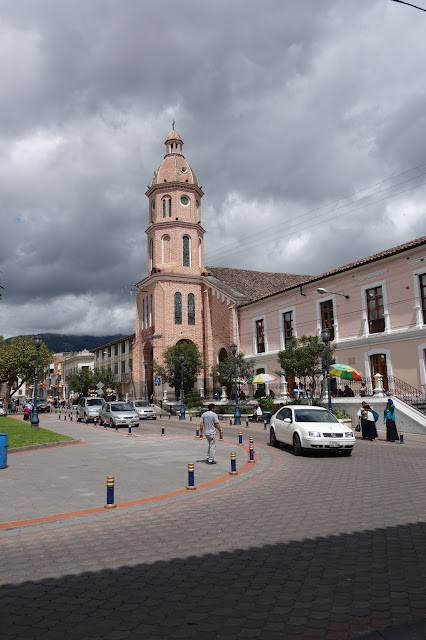 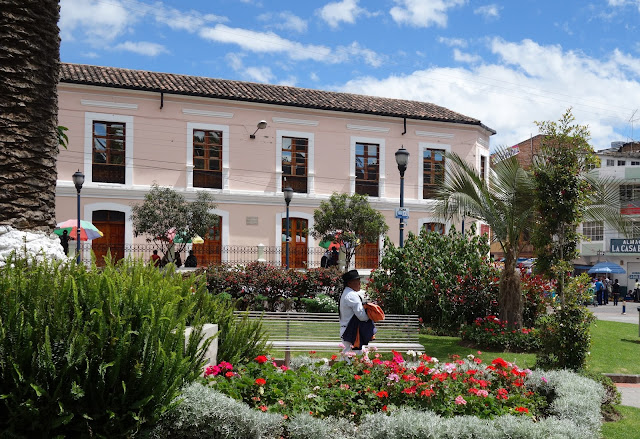 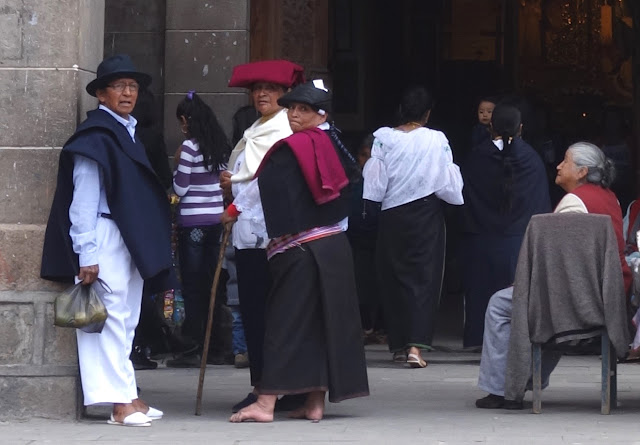 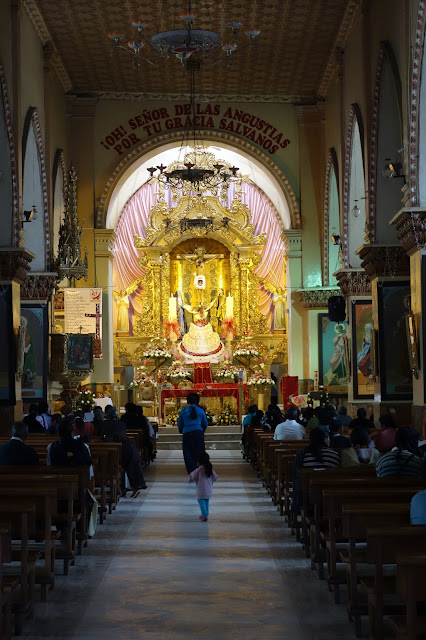 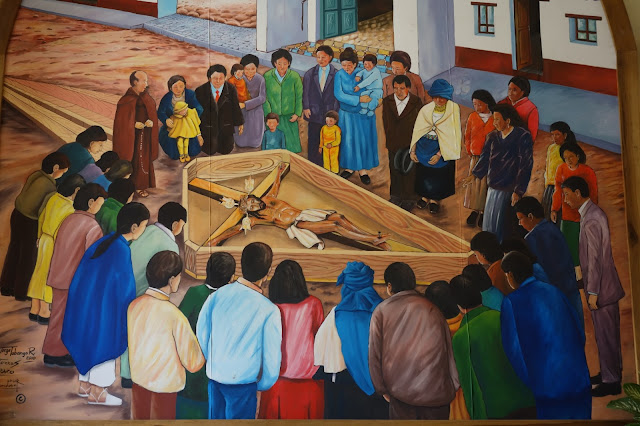 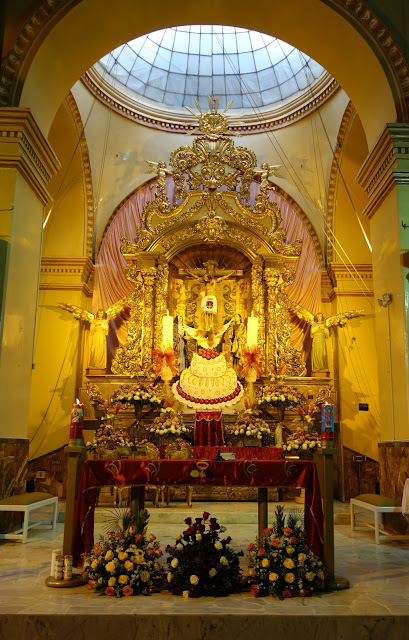 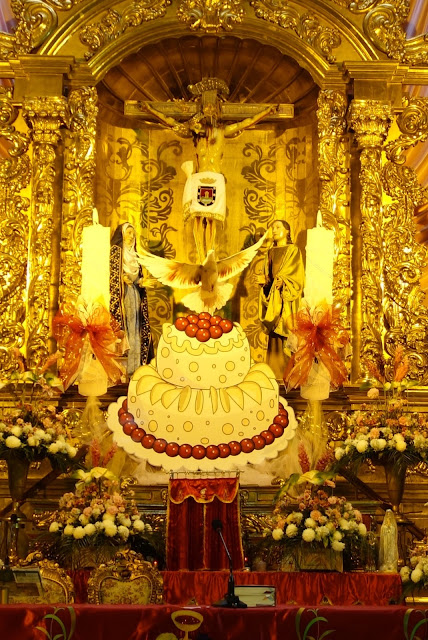 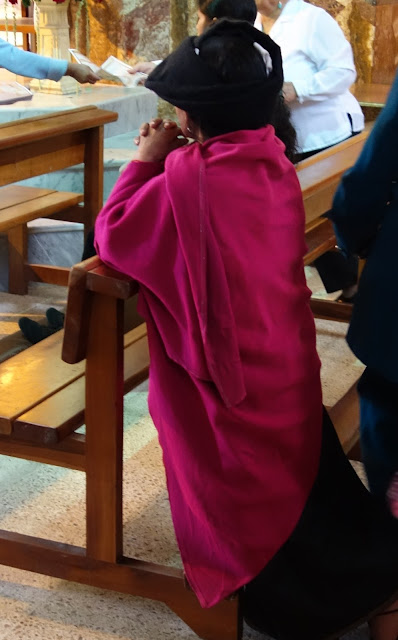 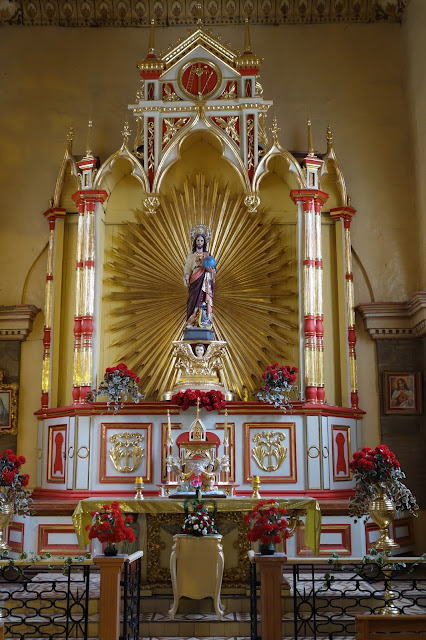 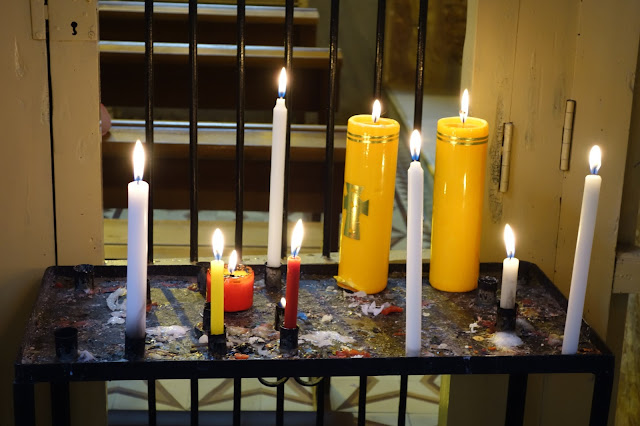 the local population was never enslaved by the Incas and when the Spanish came they enslaved the Otavalo people by making them produce massive amounts of tweed (a high quality material sold for huge mark ups on the backs of the local labor) once the market collapsed the Spanish freed the population as it was more expensive to feed them than to just emancipate them.  Since they had expertise in weaving they started their own cottage industries and have since become world leaders in production of various wool and other clothing materials - selling all over.

the Otavalo people once only rented their land and homes but now due to prosperity brought on with their hard work they have "repurchased" their town and are wealthy relative to the Ecuador standard.  they still dress in native "costume" with the men in the white pants and a dark poncho, wearing long braids and the women in beautifully embroidered blouses (like the one shown above).

and I don't know why they are worshipping something that looks like a cake covered with cherries- in the photos of the altar.  I didn't see it until I got home so I didn't get a chance to ask the guide... 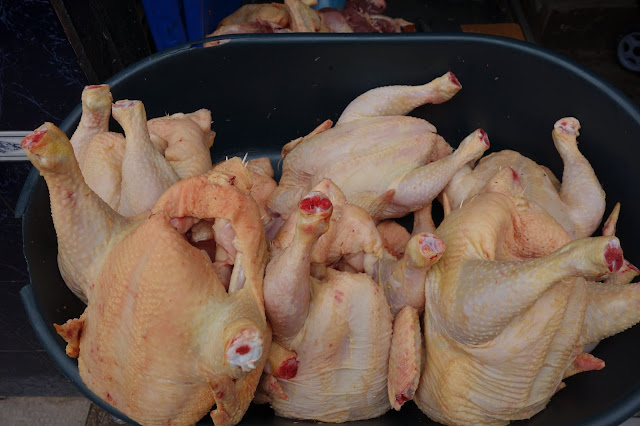 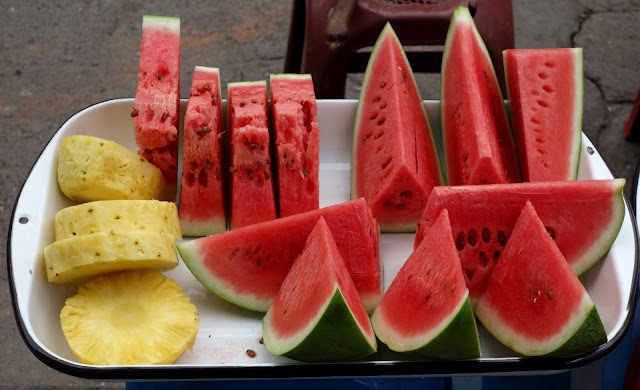 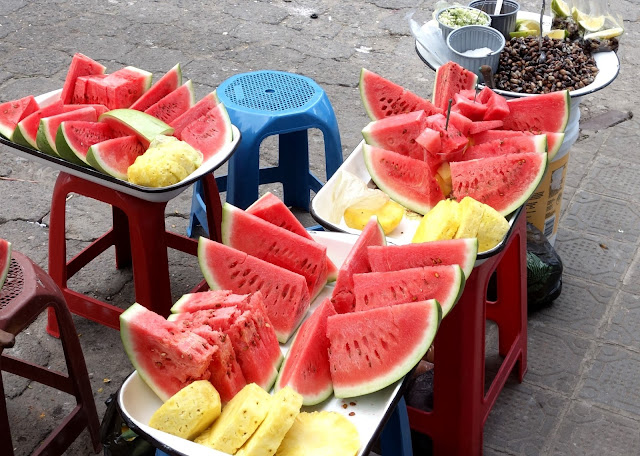 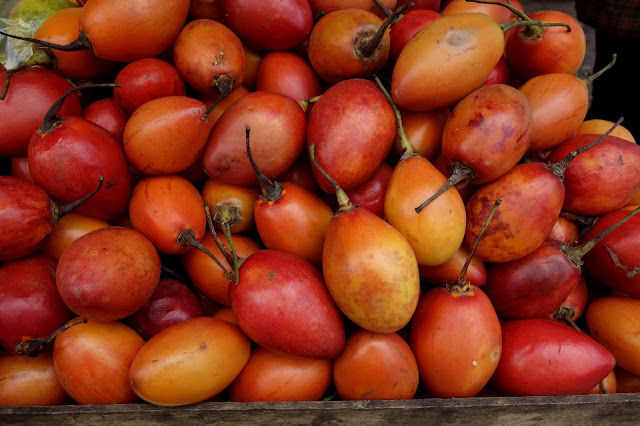 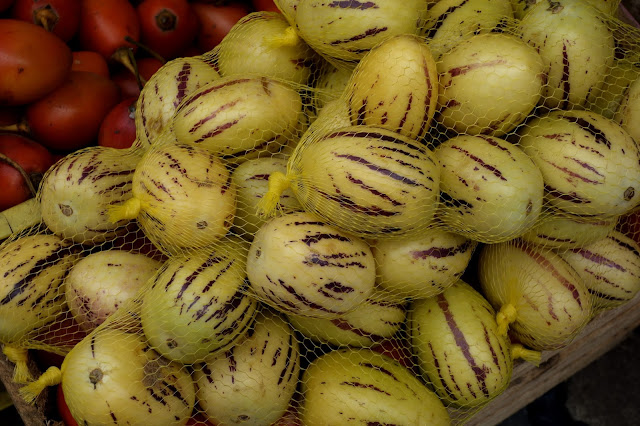 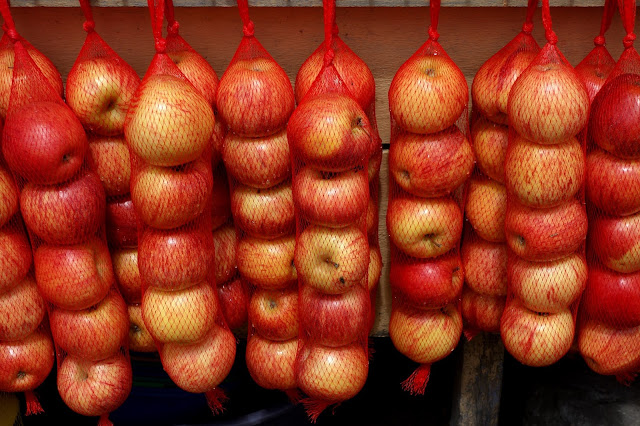 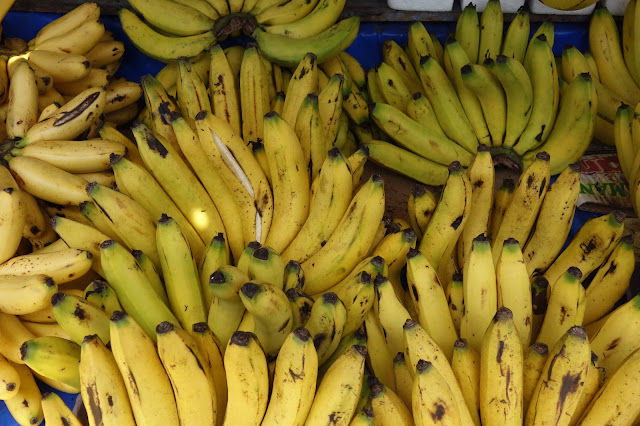 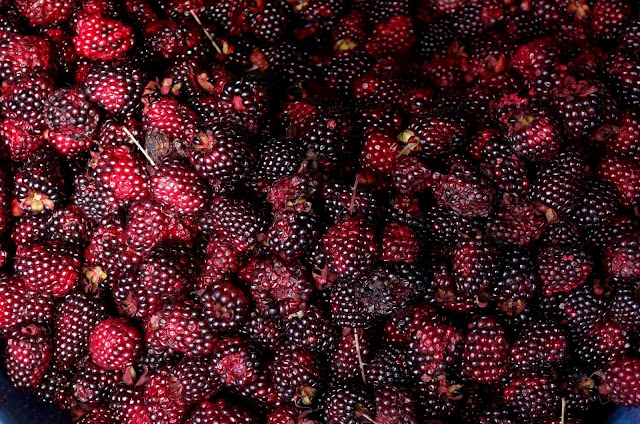 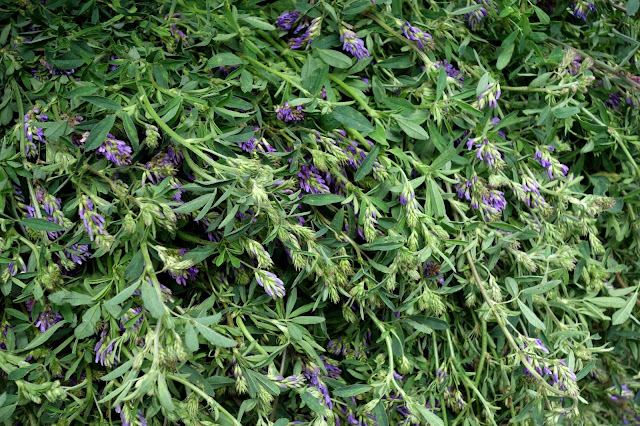 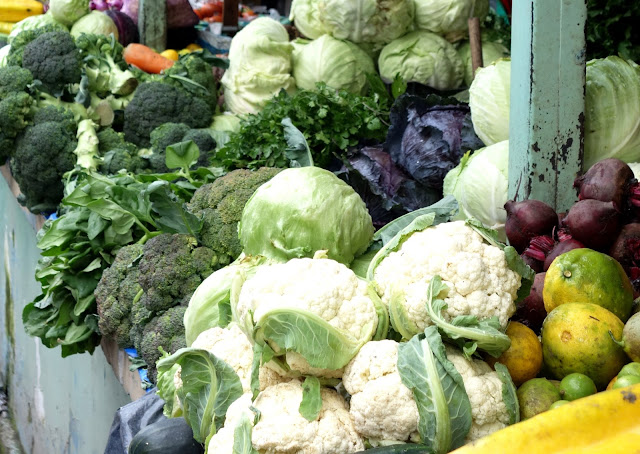 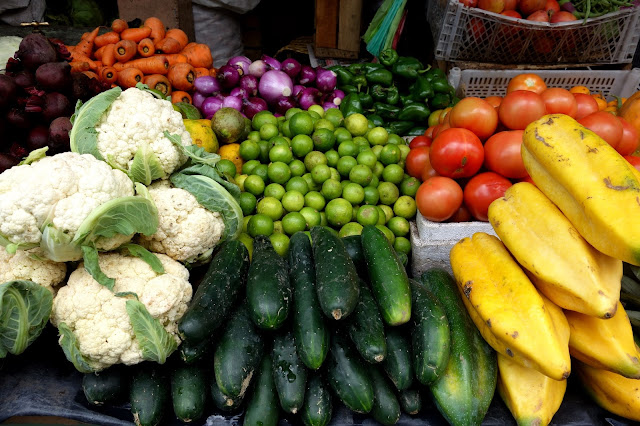 the displays were magnificent!  more in the next post- but first - they were selling this treat outside the church and on the corner nearby- no, it isn't ice cream- it is some kind of treat made with egg whites! So I will end this post with these and then come on back for more market photos in the next installment... 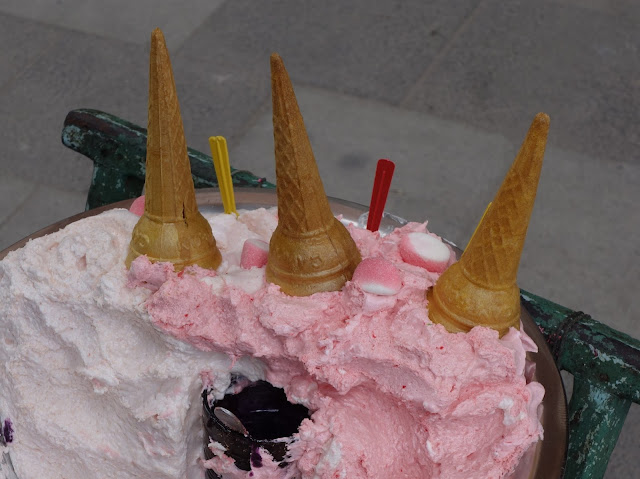 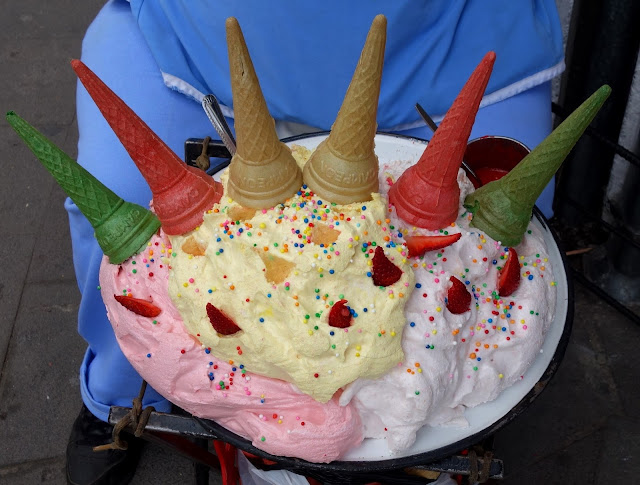