lookingglass: in the garden

last night we returned to the theater to see "in the garden: a darwinian love story"

here is the blurb from the promo materials:
Long before The Origin of Species will forever change the world, Charles Darwin meets Emma Wedgwood and they forever change each other. In the space between science and faith, they find an unexpected and unlikely romance.  In the Garden chronicles the struggle of two fiercely independent individuals, divided by ideology but united by a fire that fuels a passionate lifelong debate: evolution vs. salvation. Only by embracing this duality can they possibly navigate the struggles, triumphs, losses and discoveries that await. 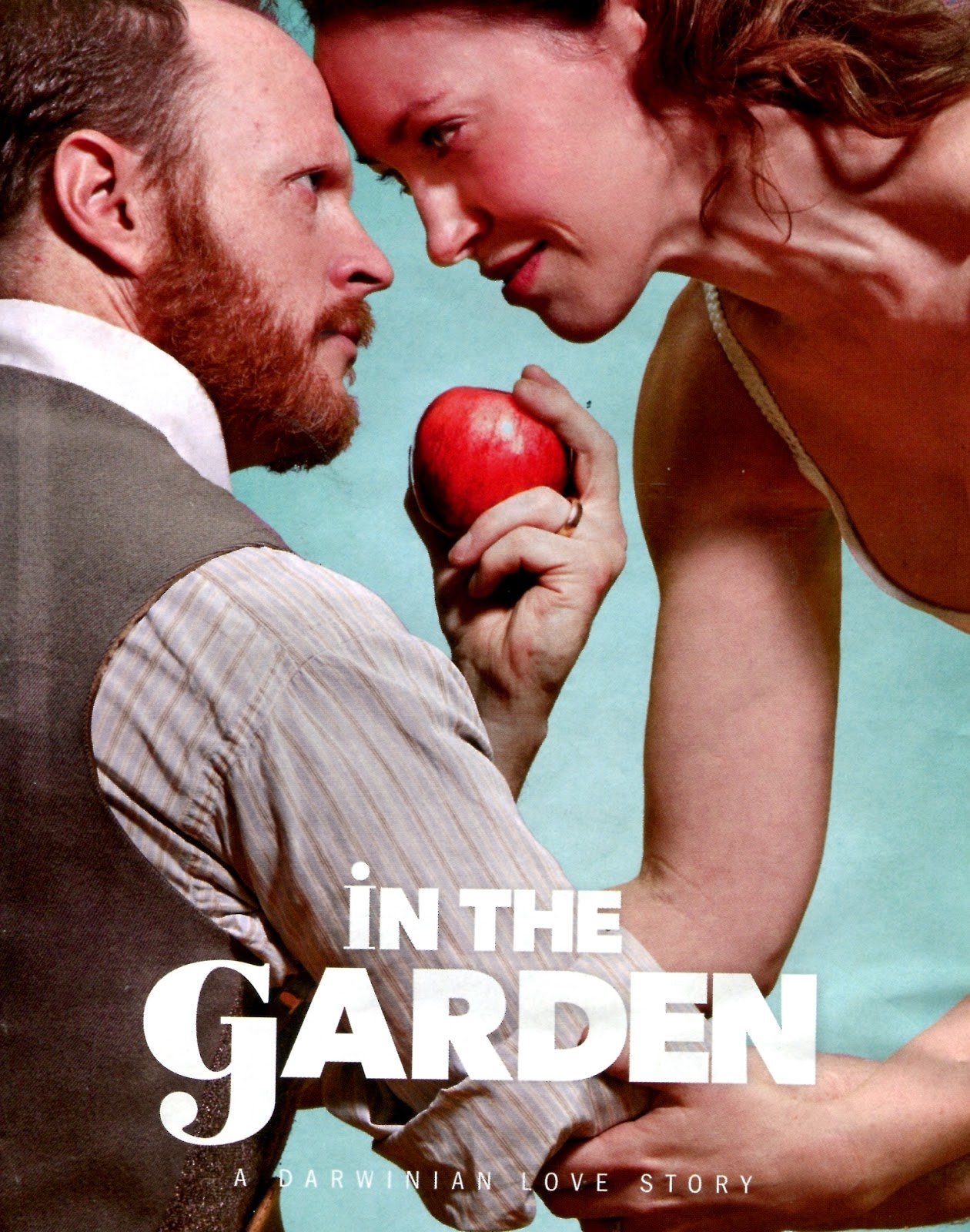 Phil really seemed to like the play- I was rather neutral- what can I say? the actors were fabulous but I found the heroine - beautiful and fiery - but lacking in something... she seemed to be an intelligent woman and yet she never gave an inch in her religious fervor and that - to me - just drove the play over the cliff... by the point in the play where the daughter dies and Emma seems to give just a bit on her position I had already been lost-

Lookingglass's In the Garden is more diorama than drama.  Impressive acting and a terrific staging do not a great work make.

I think the review worthy of further excerpts- "The question of what separates good theater from great theater is a vexing one. A production can have everything going for it—strong acting, a great set, amazing costumes, wonderful direction—and still leave us feeling unmoved and empty. The new play at Lookingglass, Sara Gmitter's In the Garden: A Darwinian Love Story, left me feeling that way.

It would also be hard to imagine a better cast. Andrew White makes a great Darwin, at once brilliant and dithering, impassioned in his beliefs and a little shy. And Rebecca Spence blazes as Emma Darwin, ably conveying both Emma's razor-sharp mind and her warmth. When Emma reacts to the death of their beloved eldest daughter, Anne, Spence plays the despair so adeptly you can feel it.

The problem is that there is little drama in this drama. Instead, writer and director have fashioned a painstakingly detailed two-hour book report. The play unfolds with the stately but deathly slow pace of prestige period pieces. Yes, the look and feel of the era is lovingly re-created onstage; it still seems more like a diorama than live theater. Scenes dealing with the long illness and death of Anne Darwin are an exception. For a brief time, the play comes alive. Then, sadly, it's back to the book report.

Another problem with the play is that the great philosophical question at its center—whether or not one can reasonably believe in both God and evolution—is not particularly compelling, except perhaps among the fundamentalist fringe."

so because it was really a lovely set- you get photos... 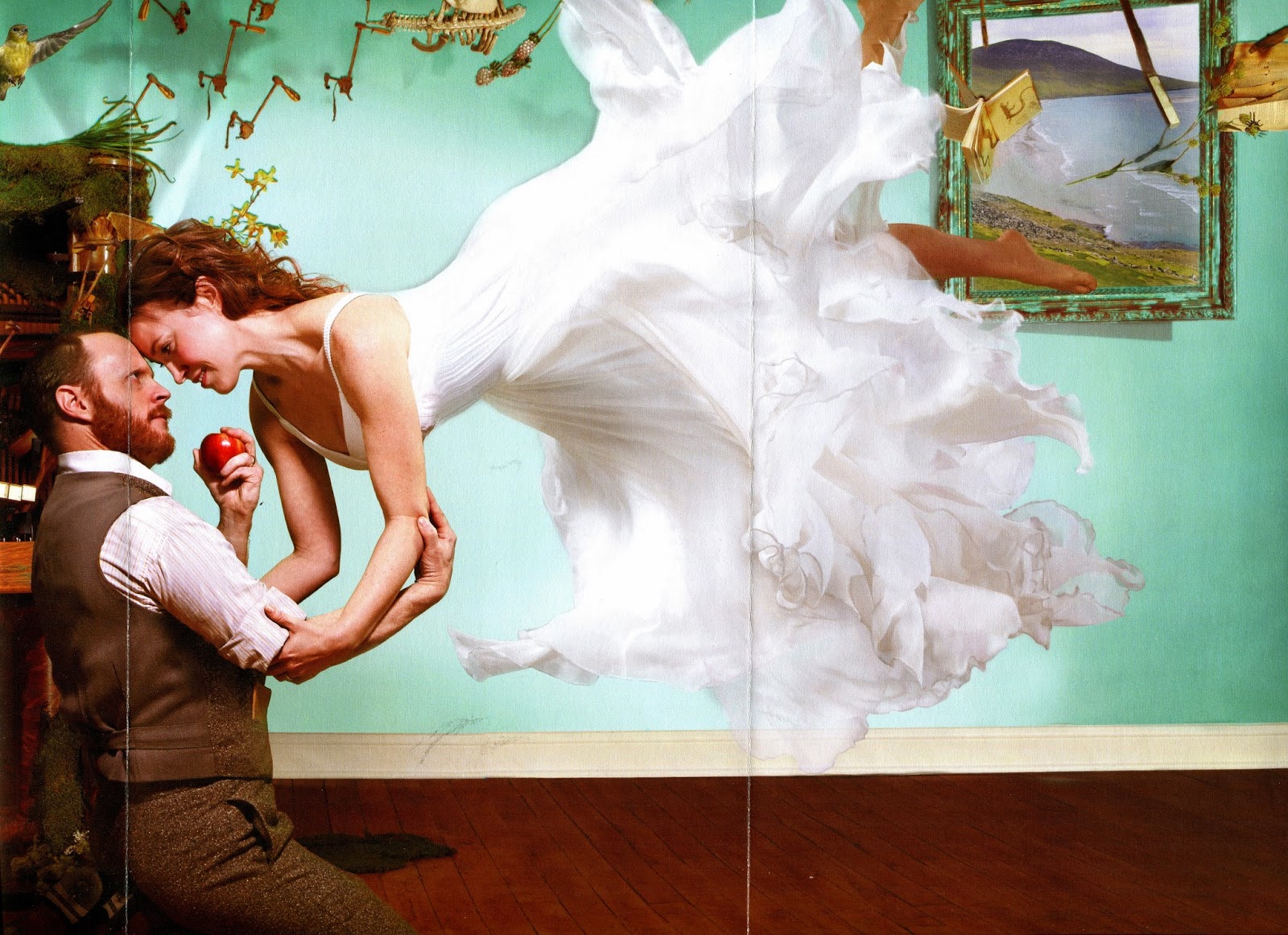 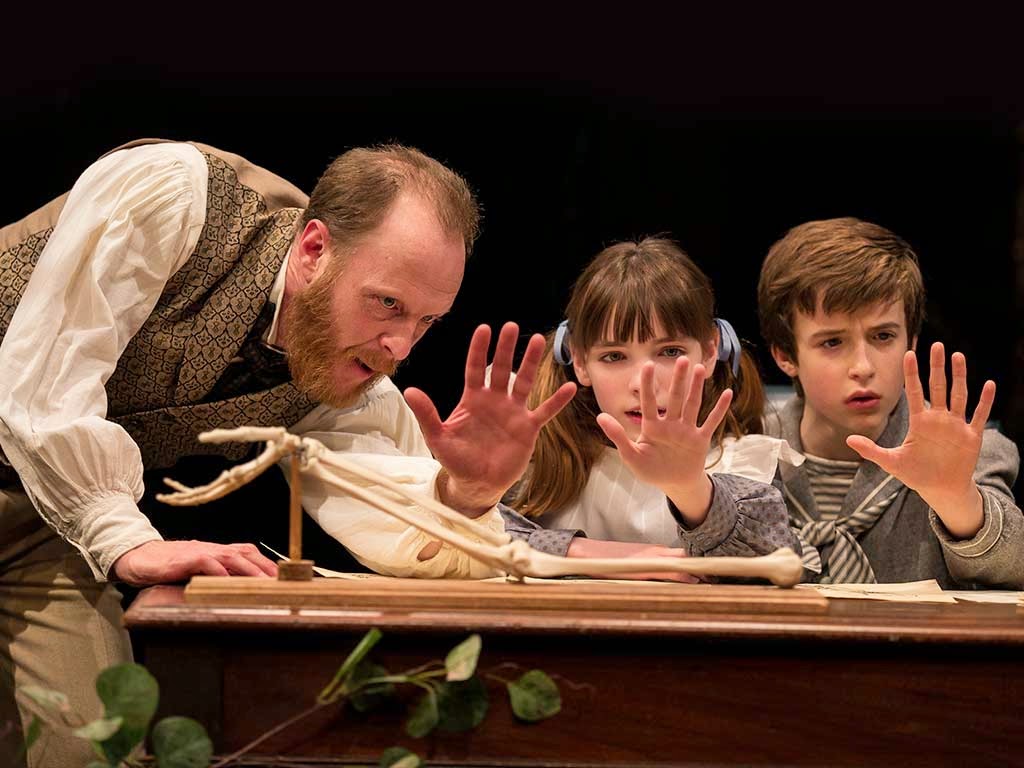 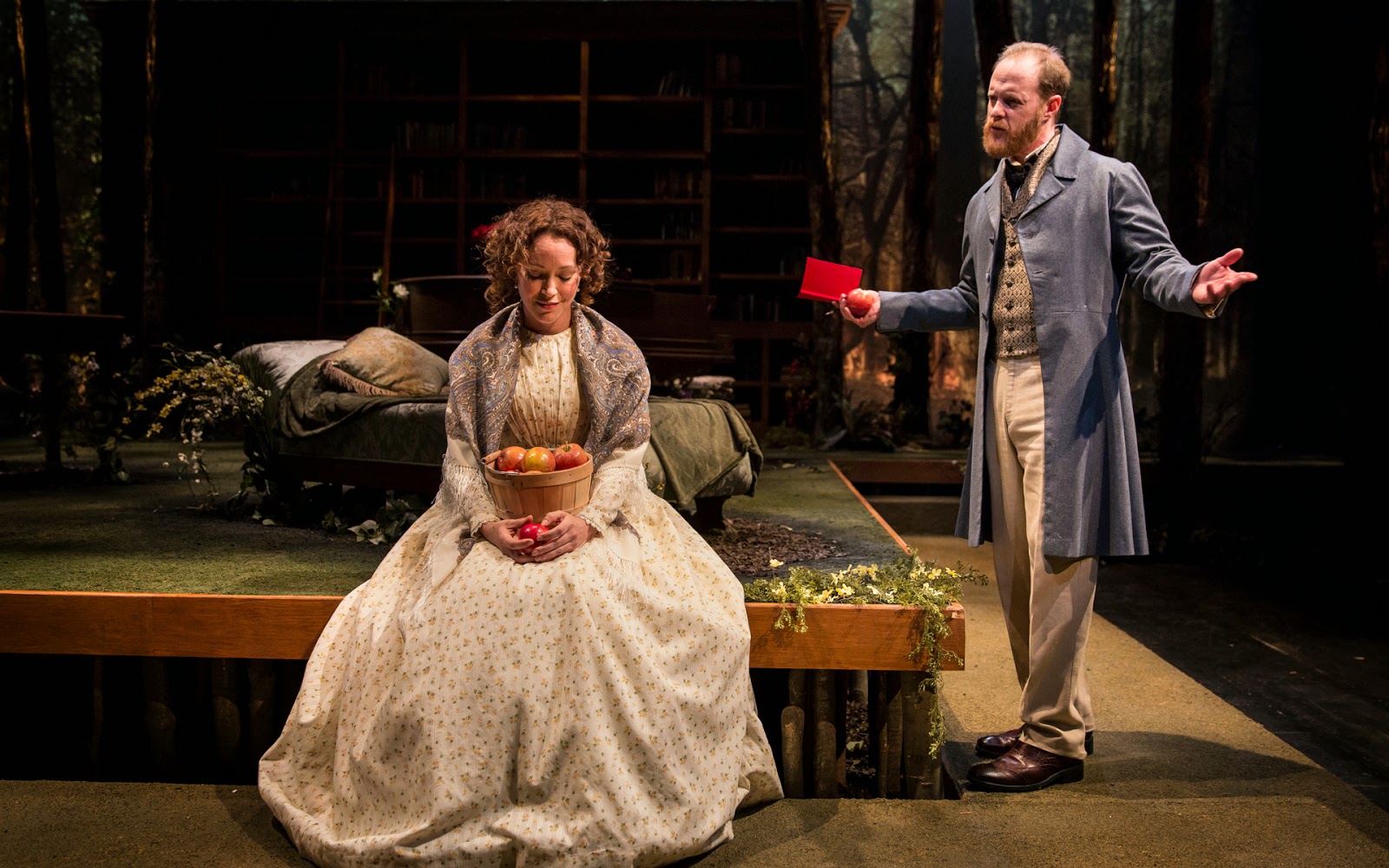 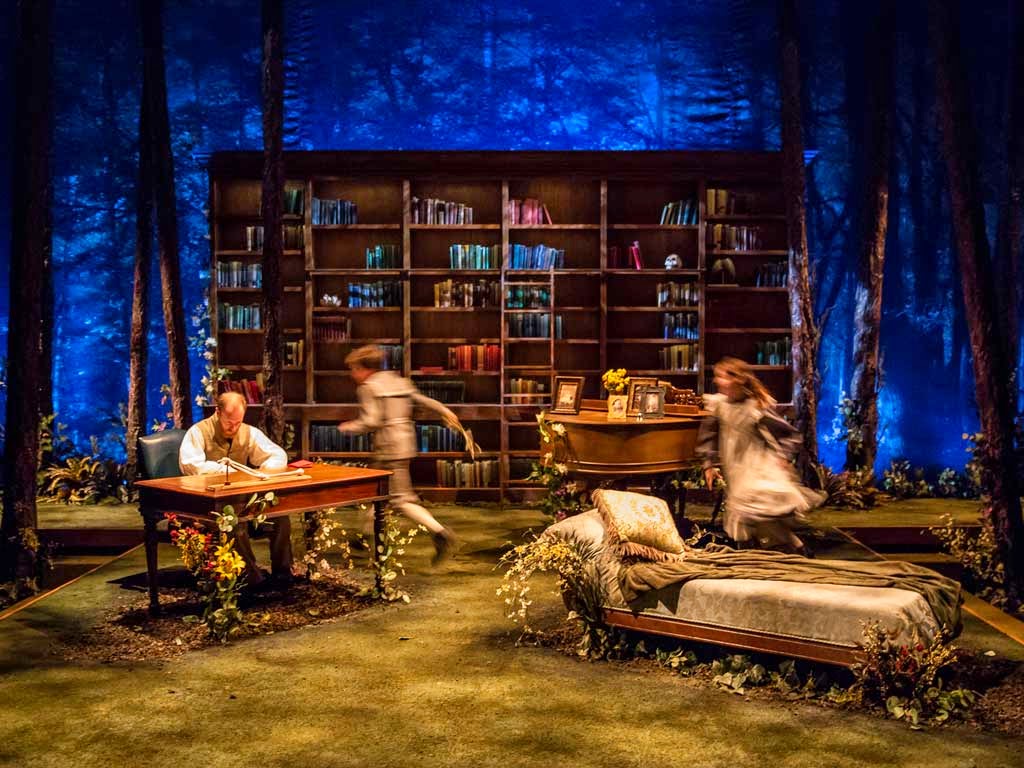 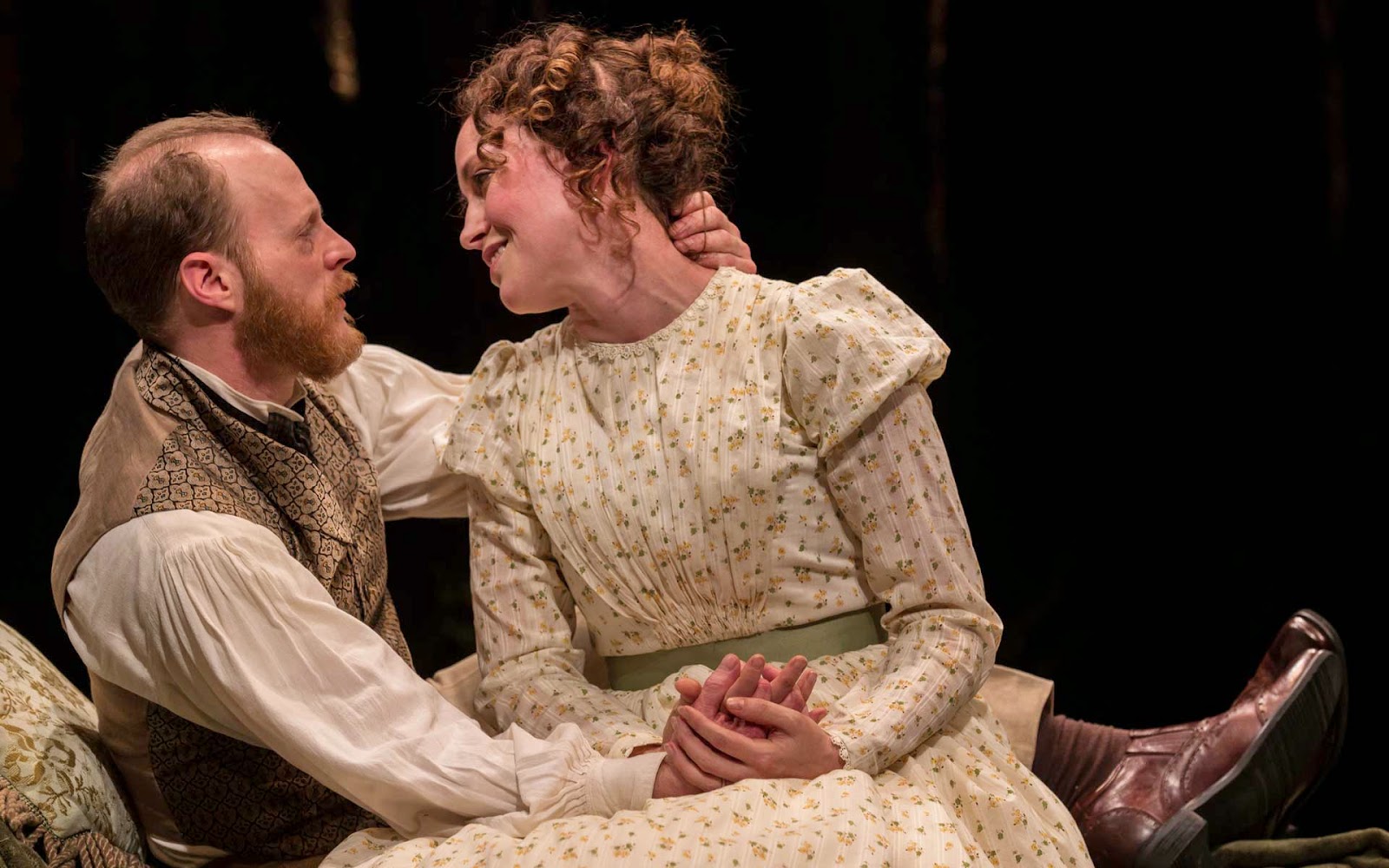 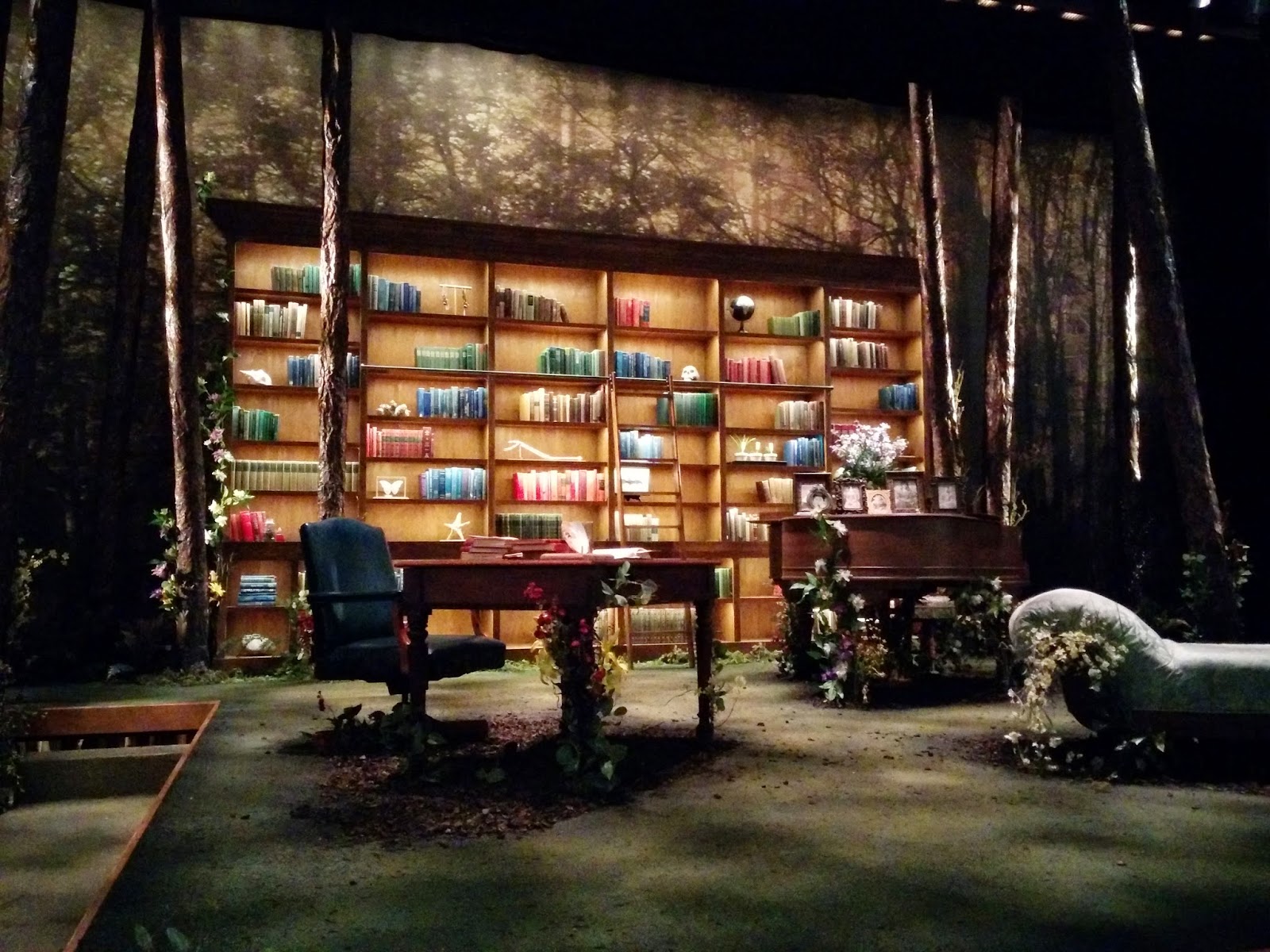 worth a try but not recommended by me (little difference it makes since it ends tomorrow) but this is a theater worth checking out- so we will keep tabs on their upcoming work - as you know from a prior post we LOVED  "The North China Lover"
Posted by TOR at 11:49 AM