Before we go to Venice the dream/ghost world... let's check in a bit on Venice in real life.  Venice is inconvenient for real life... there are almost no roads (the exception lies along the waterfront where the giant parking garage offers a place for drivers to leave their cars before they enter the land of Venice the dream...and it does continue on along the water for a while beyond the car park- to the area of the port so that trucks can supply both Venice and the giant cruise ships that come in daily disgorging the day trippers for their six hours in Venice.

This situation is all caused by history- the Venetians ruled the seas and had an empire that stretched throughout the Adriatic and into the Mediterranean seas...ultimately to Constantinople (where you can't go back to...LOL) One of the most famous of all the spoils of war rests atop San Marco - the four bronze horses looted from Constantinople (then re-looted by Napoleon and returned again to Venice to their home atop the center of the loggia of San Marco)  The Venetians had defended their City/State in the lagoon for centuries after they moved from the mainland to escape the hordes of goths and visigoths, vandals, huns and various other tribes of Europe.  Living on the water had always had its advantages and disadvantages.  Good news you get away from the creepy guys who live less civilized lives but are fierce fighters... bad news is you have to build on water by sinking thousands of tree trunks for your foundation and less foreseeable - no cars or other motorized vehicles because the space between the hundreds of tiny islands you have made with your trees and built upon are connected by little, sometimes medium hump-backed bridges with lots of steps.... 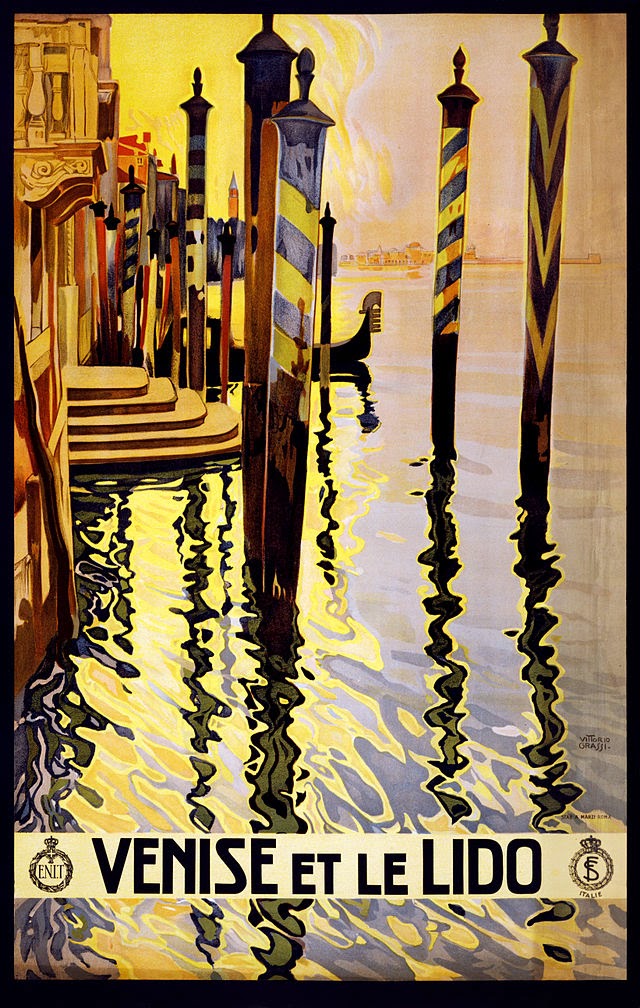 so what we have here is one of the most picturesque places on the planet (although other places come to mind - like Lijiang up on the Tibetan plateau in China -which has its own venetian characteristics done a la Chinoise) - but it is now the 21st century and places where people live (even if only for a night or two) need police and fire protection and ambulances etc... And while Venice is a shadow of its former population (now something around 60,000 people -down from a high of 150,000 just before the black plague hit and killed about 1/3 of the Venetians) they still need city services.

Venice is built upon a group of 118 small islands separated by canals and linked by bridges. It is located in the marshy Venetian Lagoon which stretches along the shoreline, between the mouths of the Po and the Piave Rivers. Venice is renowned for the beauty of its setting, its architecture and its artworks. The city in its entirety is listed as a World Heritage Site, along with its lagoon.   Although there are no historical records that deal directly with the founding of Venice, tradition and the available evidence have led several historians to agree that the original population of Venice consisted of refugees from Roman cities near Venice such as Padua, Aquileia, Treviso, Altino and Concordia and from the undefended countryside, who were fleeing successive waves of Germanic and Hun invasions.

The buildings of Venice are constructed on closely spaced wooden piles. Most of these piles are still intact after centuries of submersion. The foundations rest on the piles, and buildings of brick or stone sit above these footings. The piles penetrate a softer layer of sand and mud until they reach a much harder layer of compressed clay.  Submerged by water, in oxygen-poor conditions, wood does not decay as rapidly as on the surface.  Most of these piles were made from trunks of alder trees, a wood noted for its water resistance. (blue text is from wikipedia)

but I digress again- I find this the most fascinating of cities on so many levels and over the course of five trips have spent much time learning about its history- but we are back to police and fire protection and the commerce of a city on water.  In the mornings while having my breakfast on the Grand Canal overlooking Santa Maria della Salute I also watched the boat come for the linen delivery and take away - as well as the trash barge with its mini-crane to remove garbage from the hotel.  Day to day life must be supported despite the veneer of magic... on to some photos-

the cab stand- and the bus- 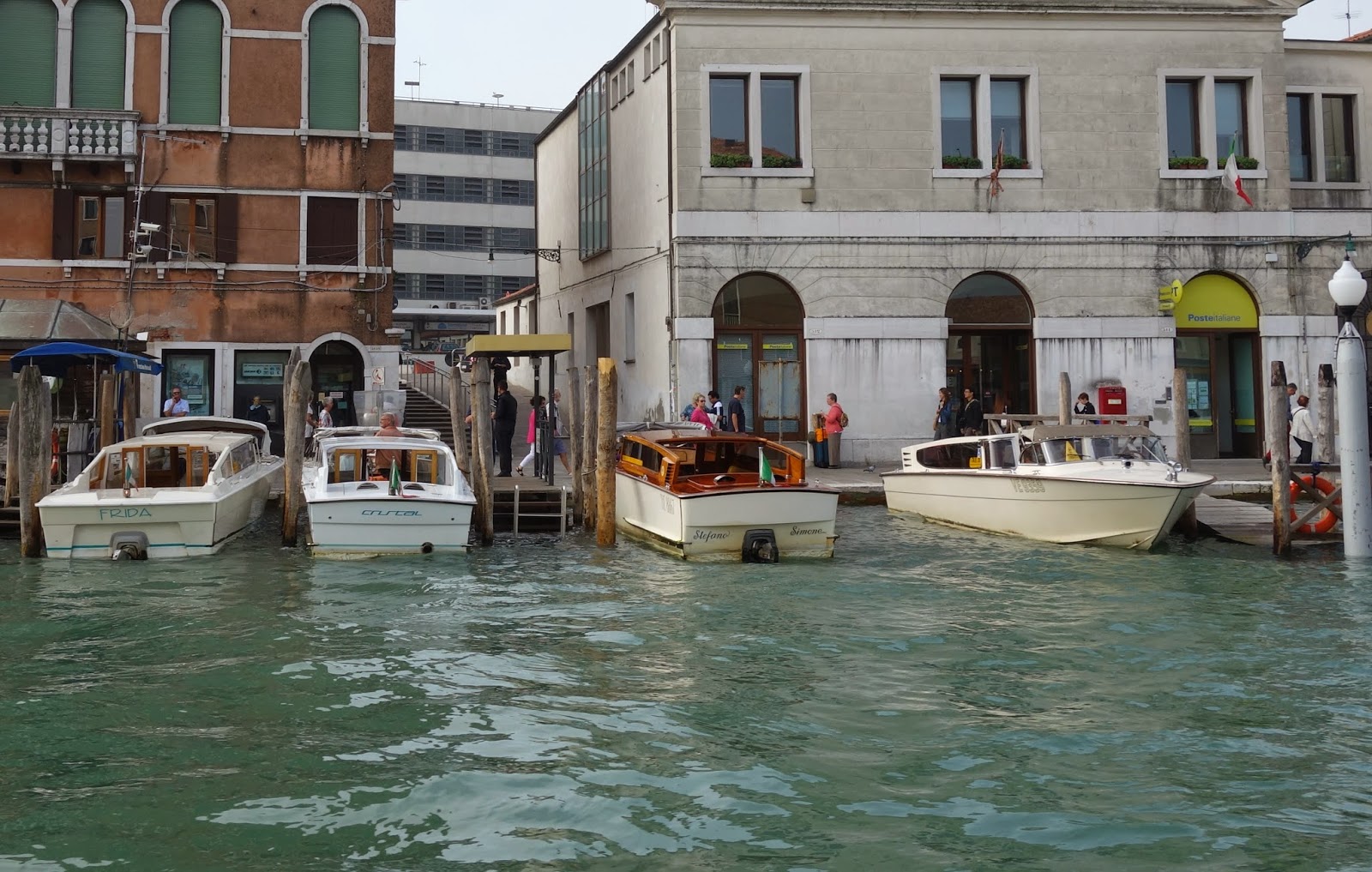 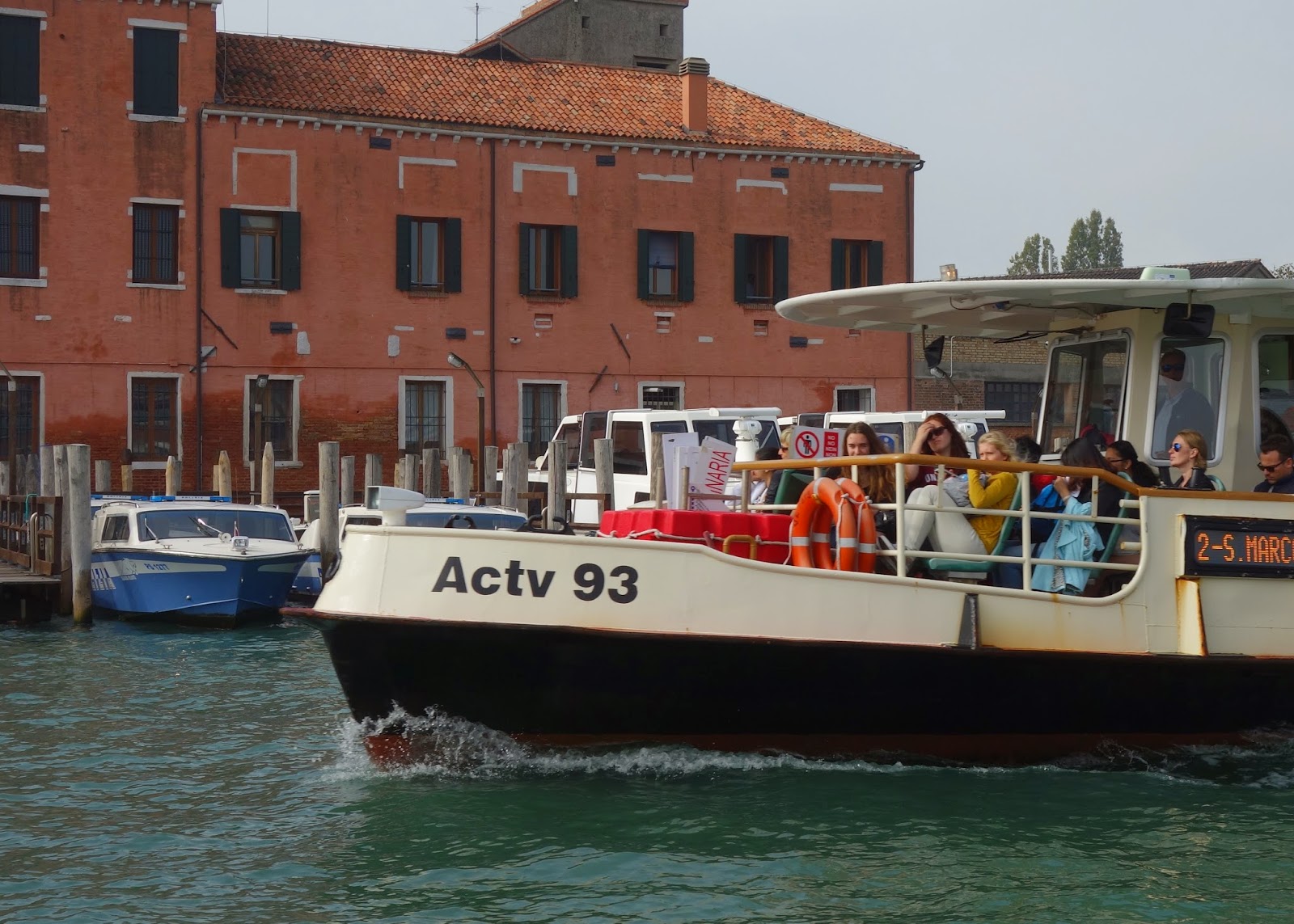 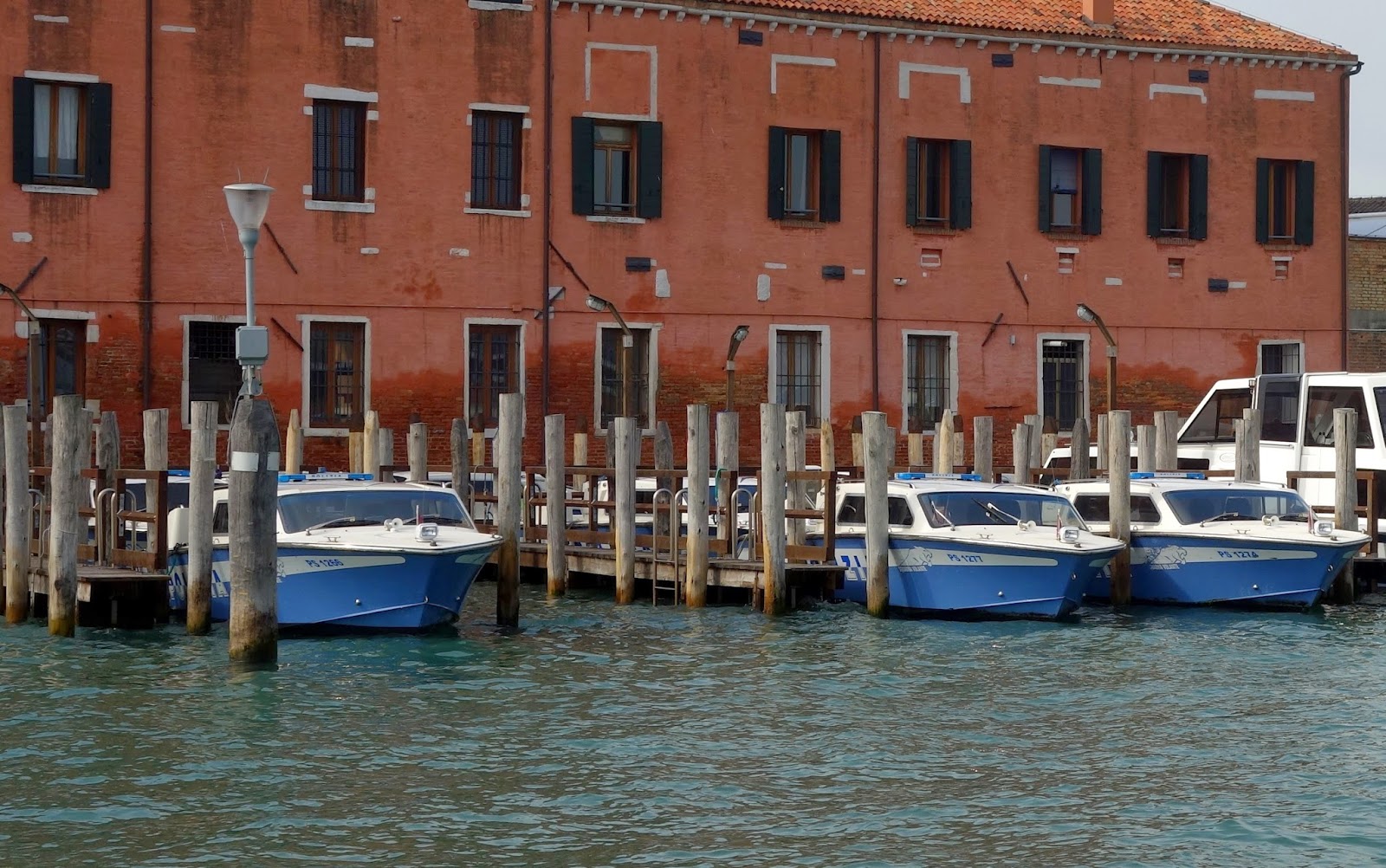 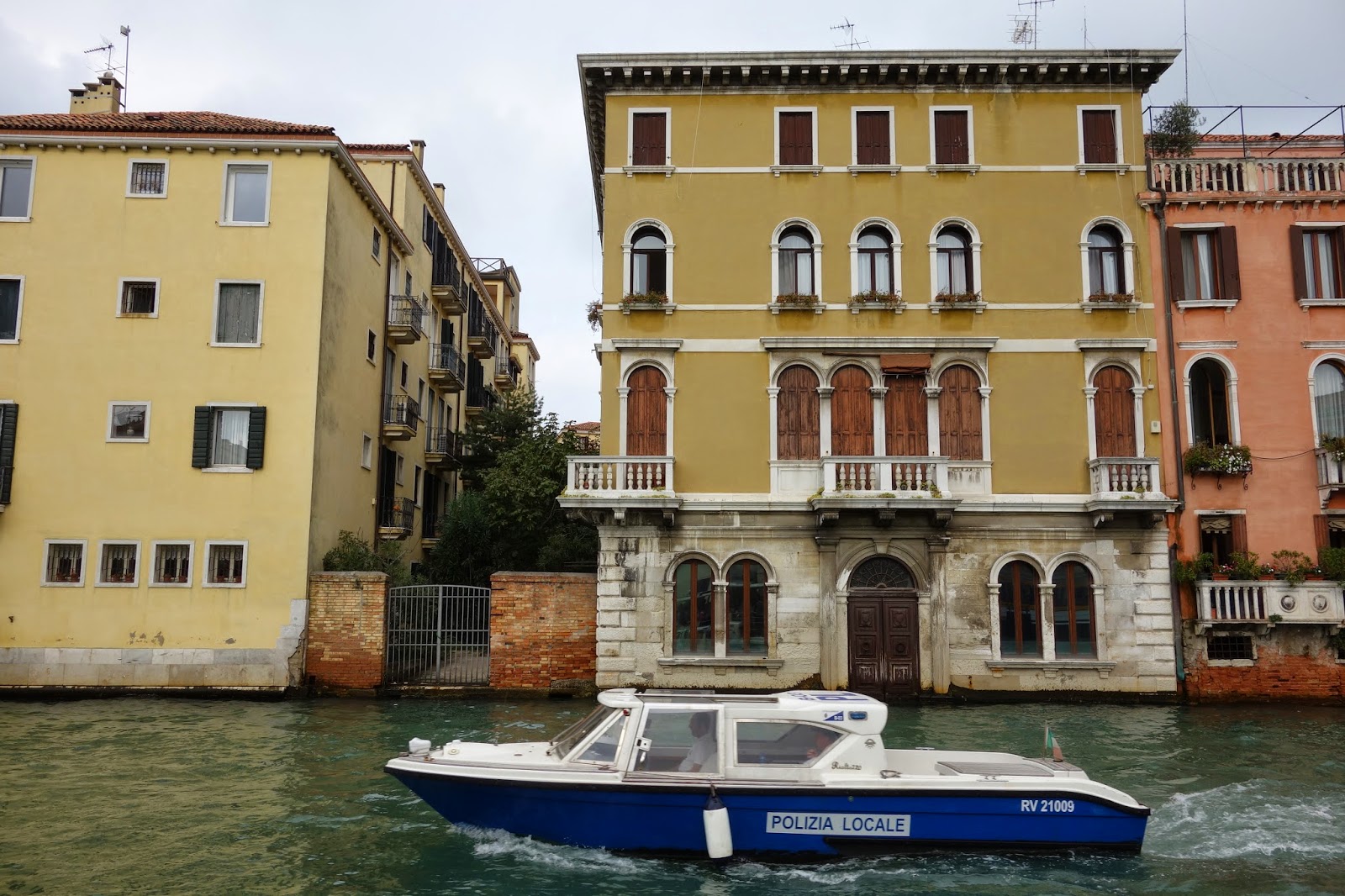 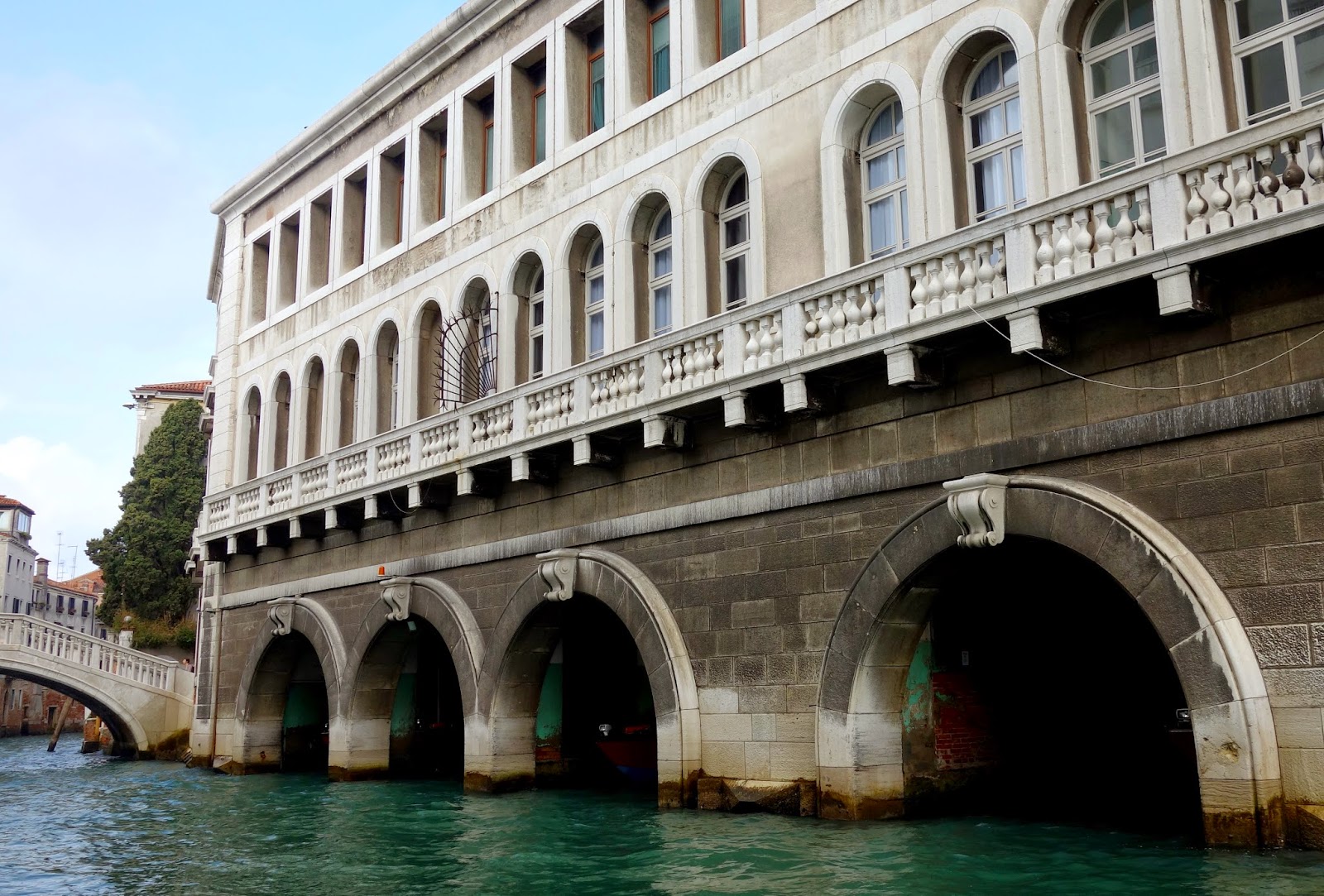 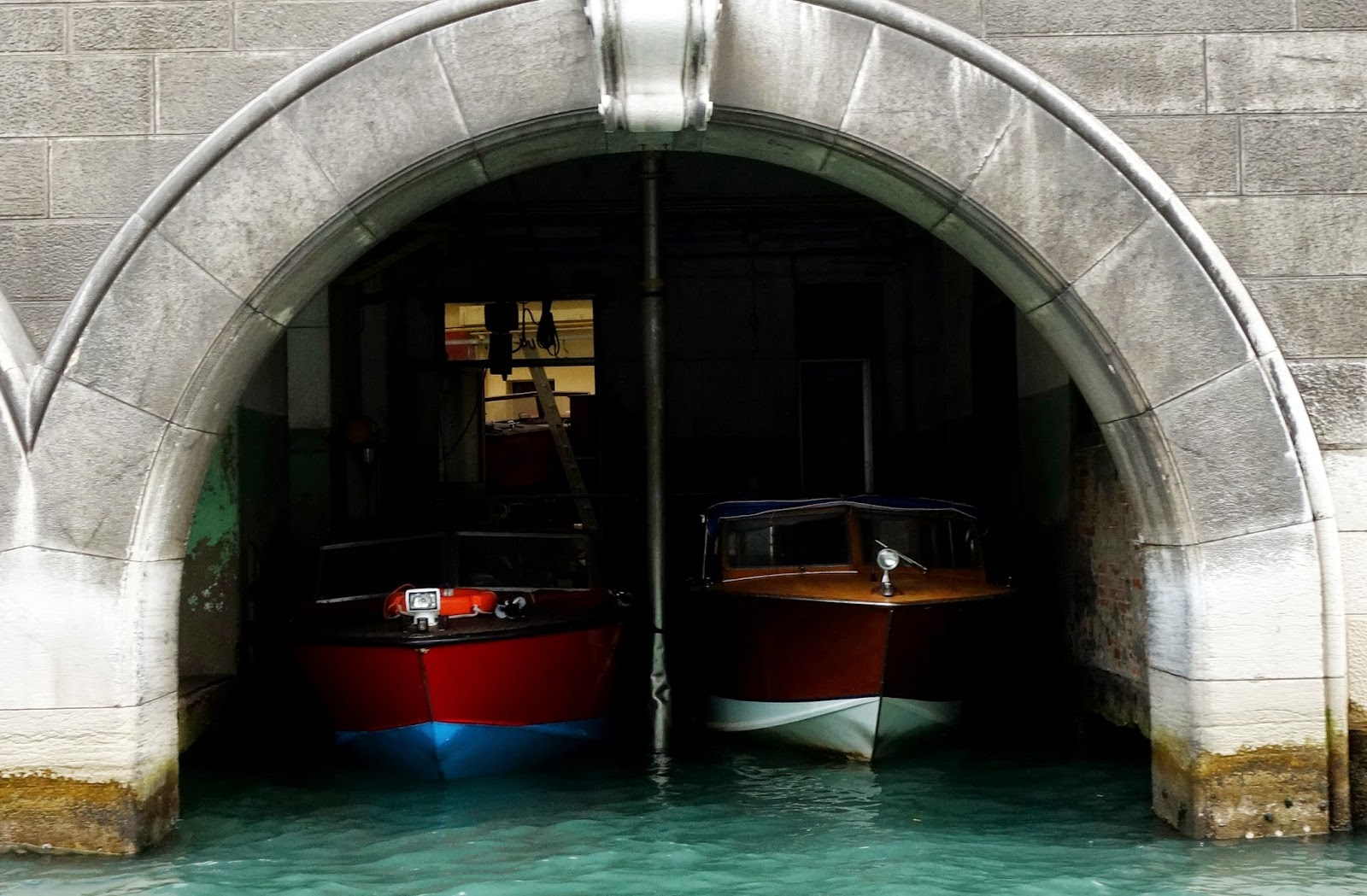 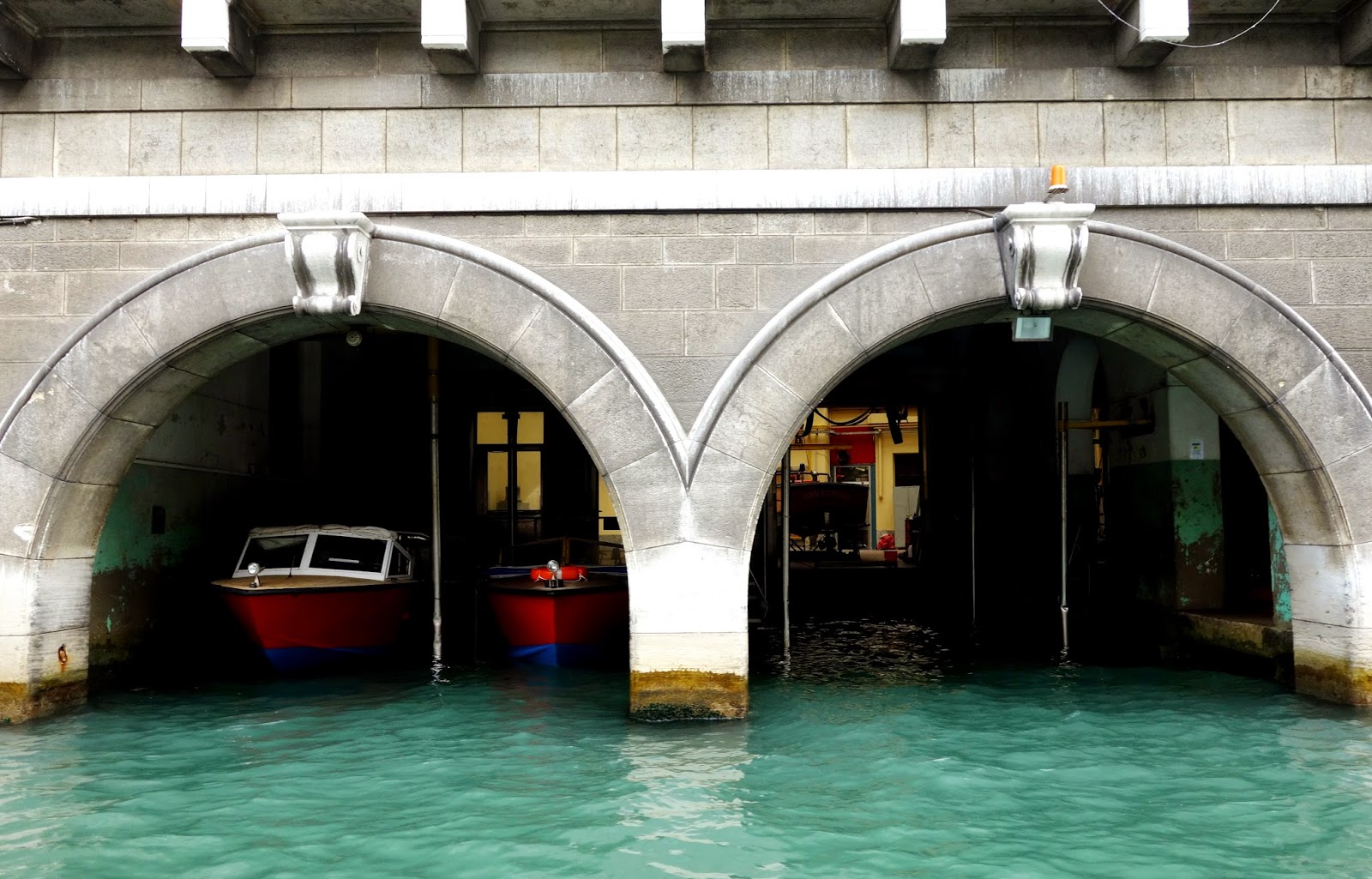 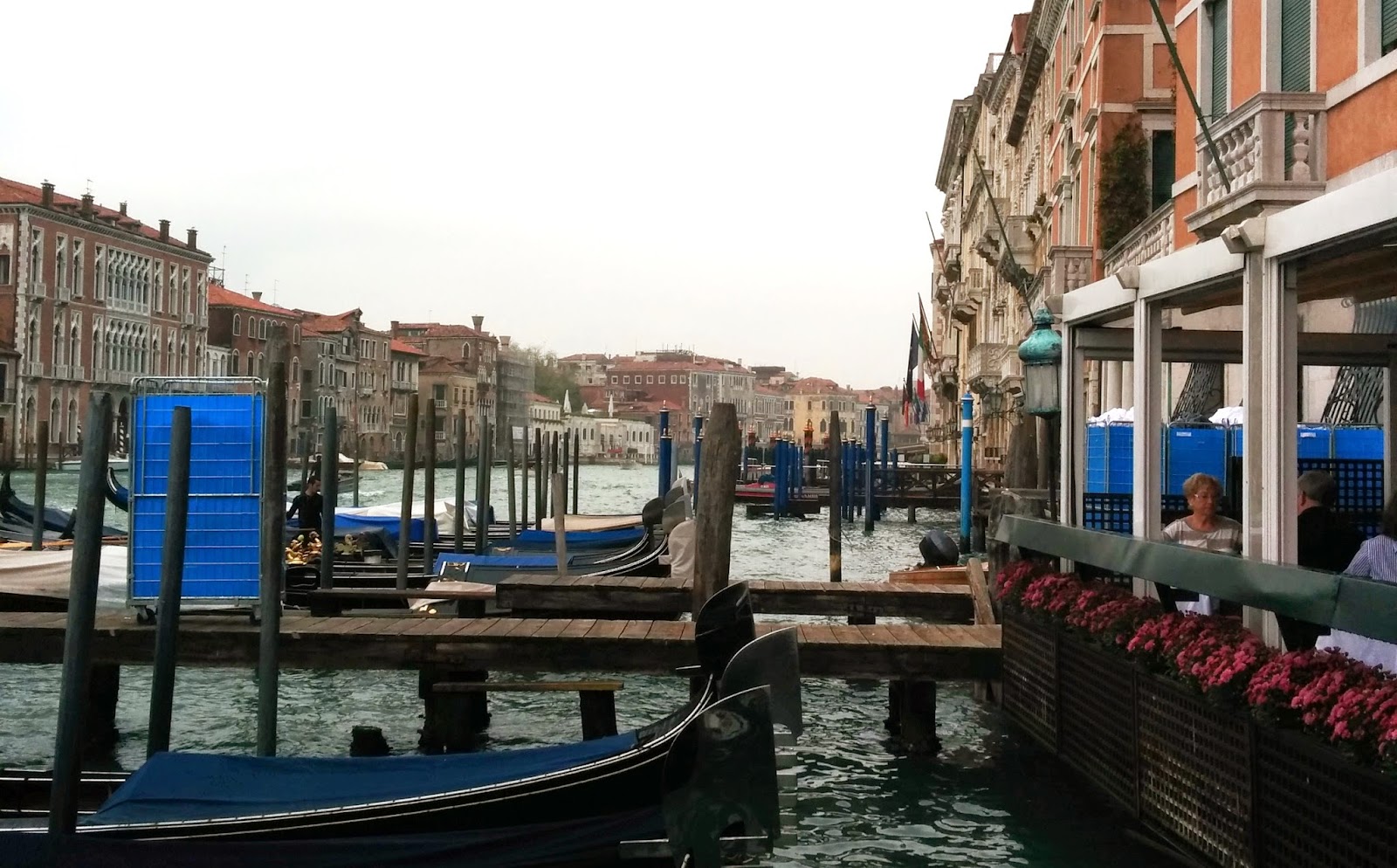 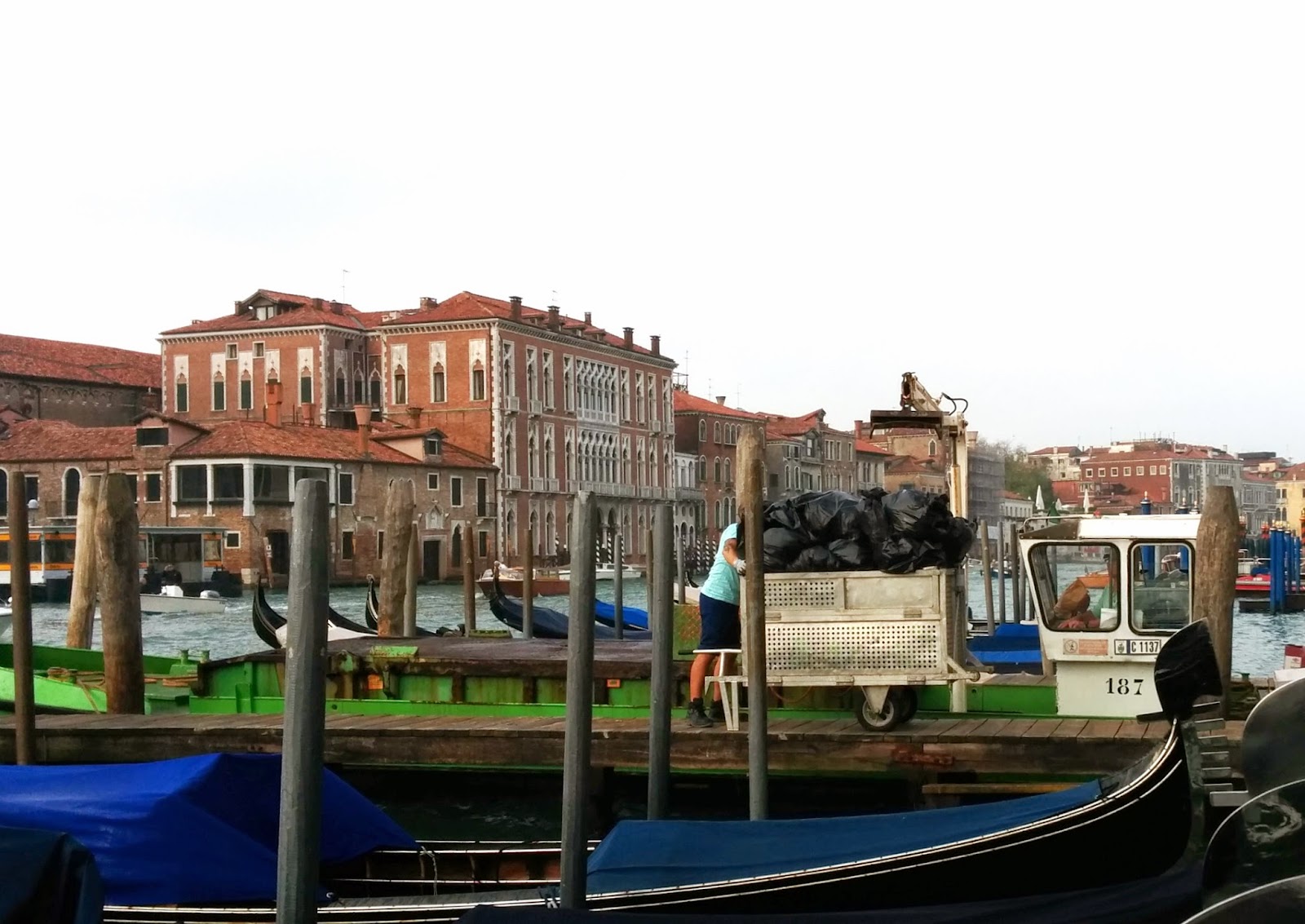 so while all of the tourists and short term visitors have their fantasy life of traveling back in time to an era where you heard only footsteps on stone bridge steps- Venice finds a way to take care of business despite being located on 100+ islands built upon tree trunks in the middle of a swampy lagoon and manages to remain one of the most romantic places on the planet...

I had once read this- Piazza San Marco - described as the living room of Europe... certainly, if you travel you will find yourself sitting here for a drink or coffee or an ice cream at some point in your life, so perhaps it is an apt description... 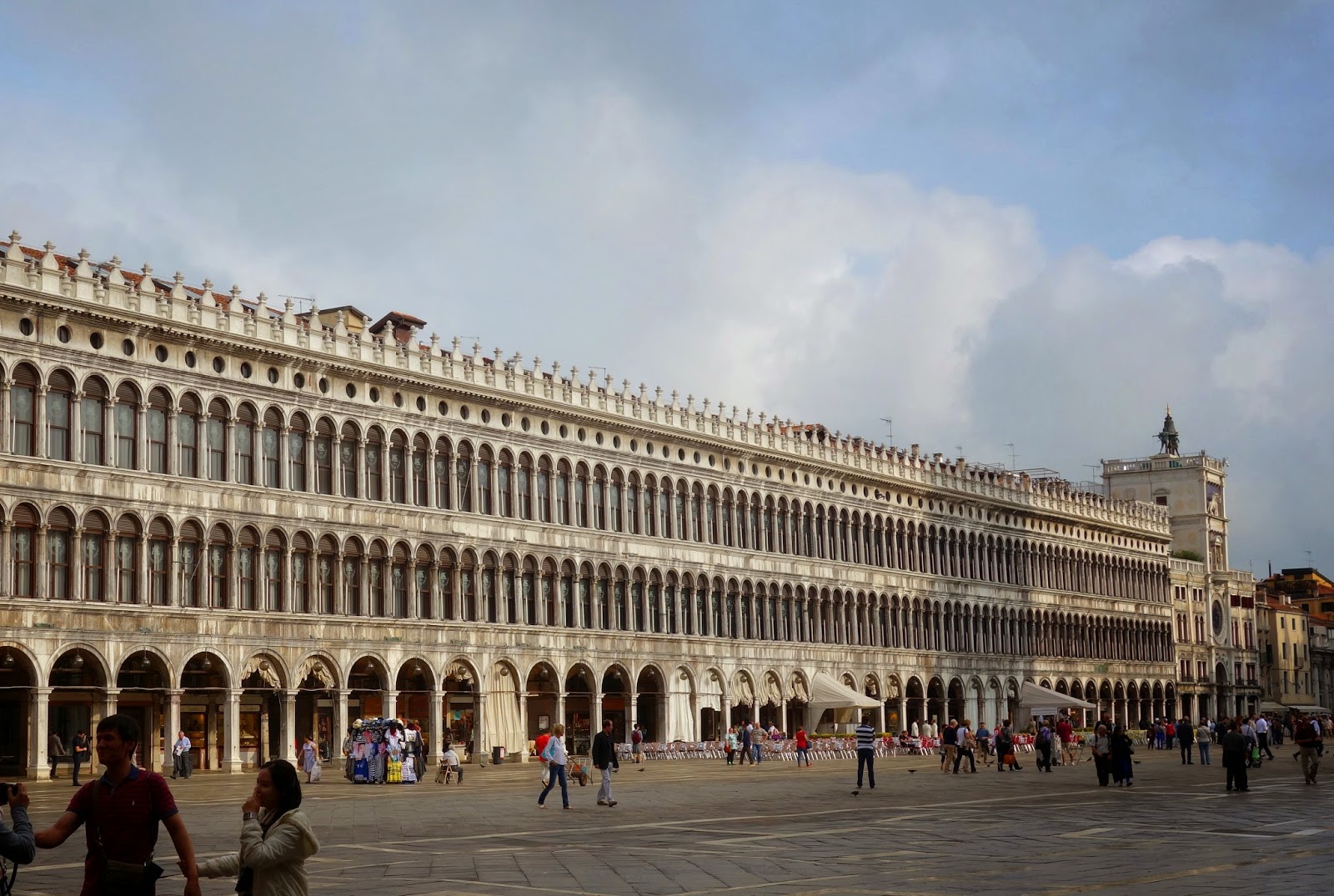 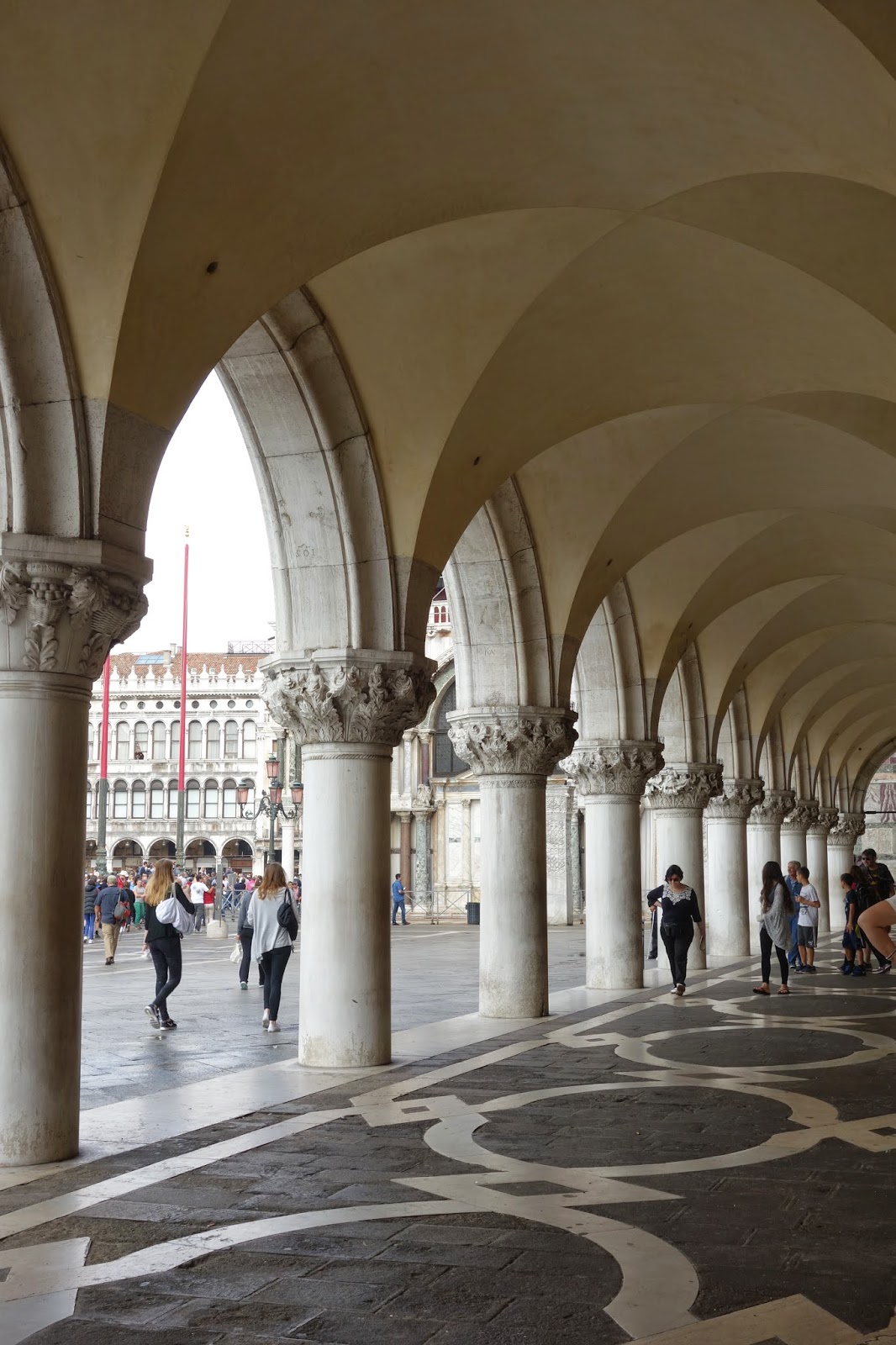 iconic gondolas- everywhere - but these days it seems we only saw Asia passengers (perhaps they are the only ones who can afford the ride, or perhaps the stereotype of ultimate tourists) 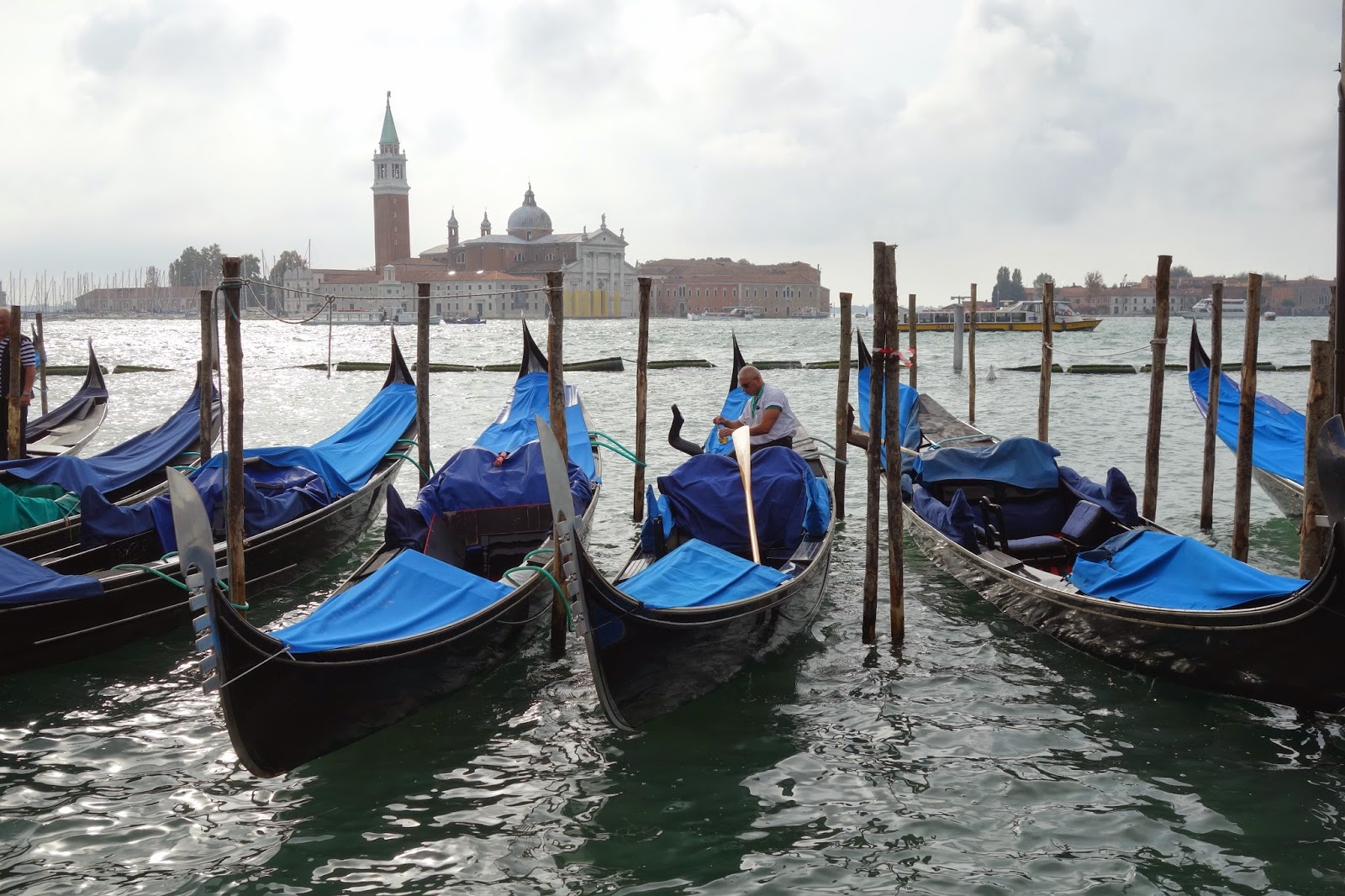 the doges palace - tell me you don't think Venice when you see these arches! 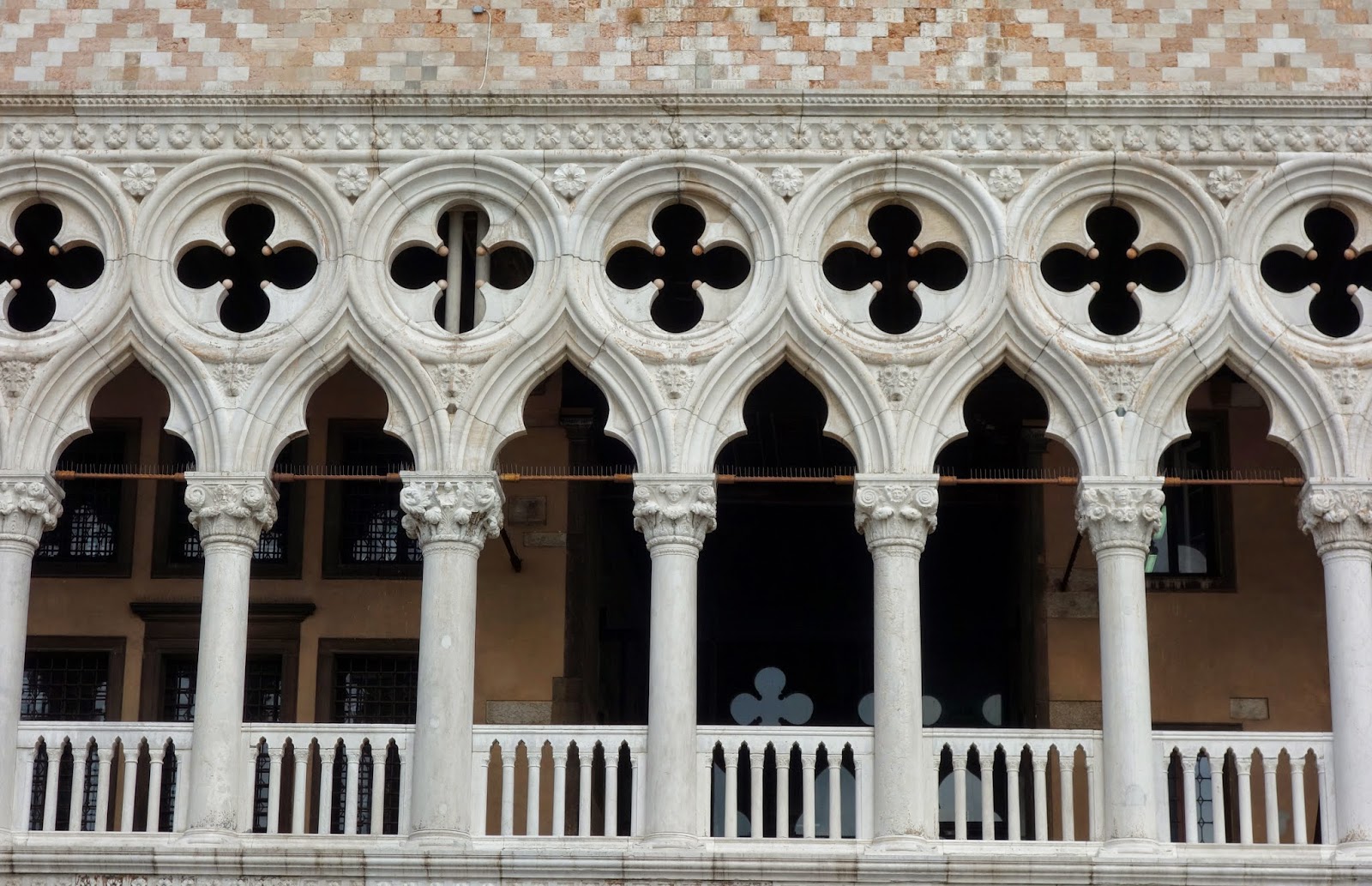 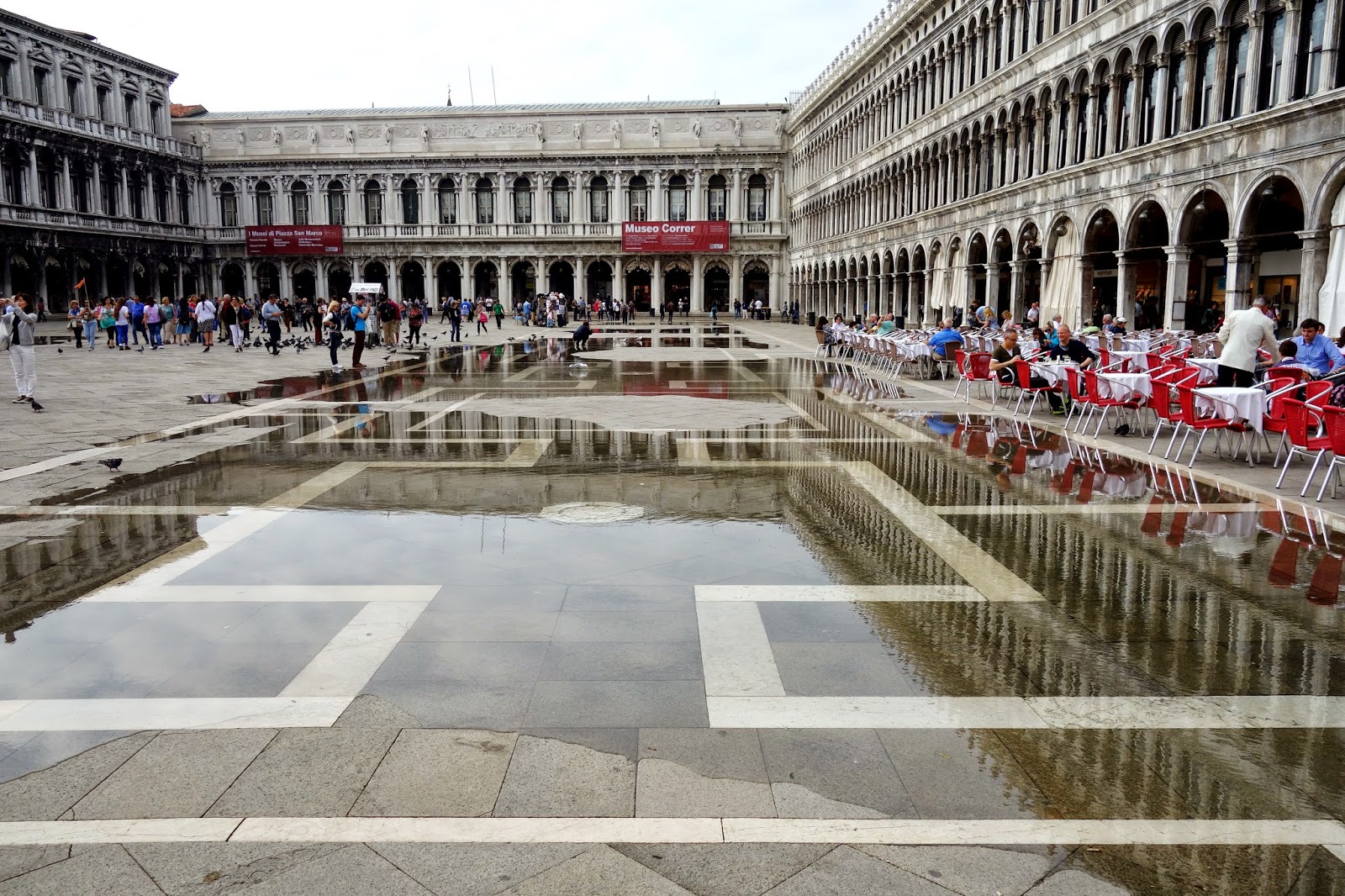 the smaller side (off the Grand Canal) canals offer photo op style views about every ten feet! 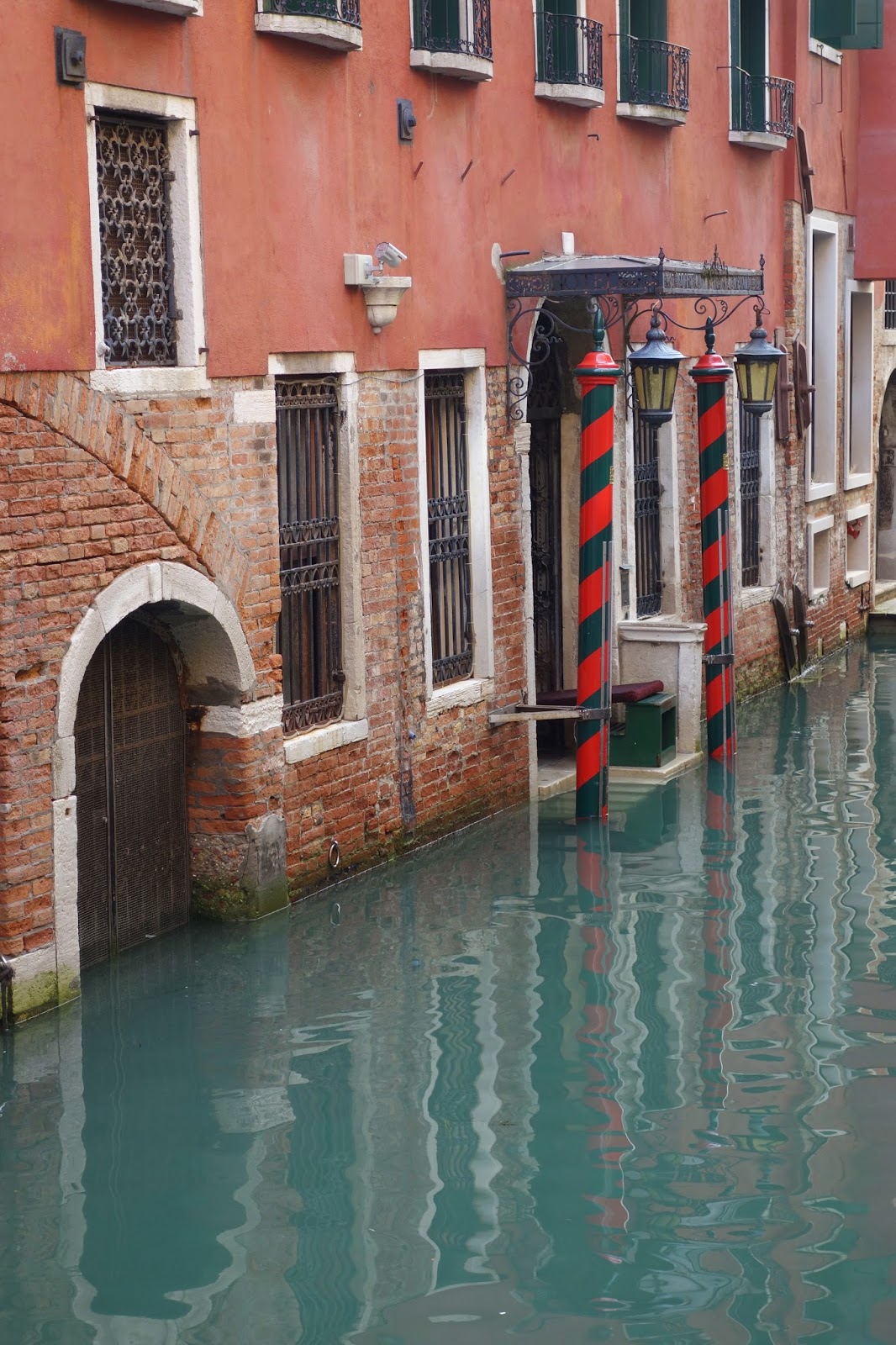 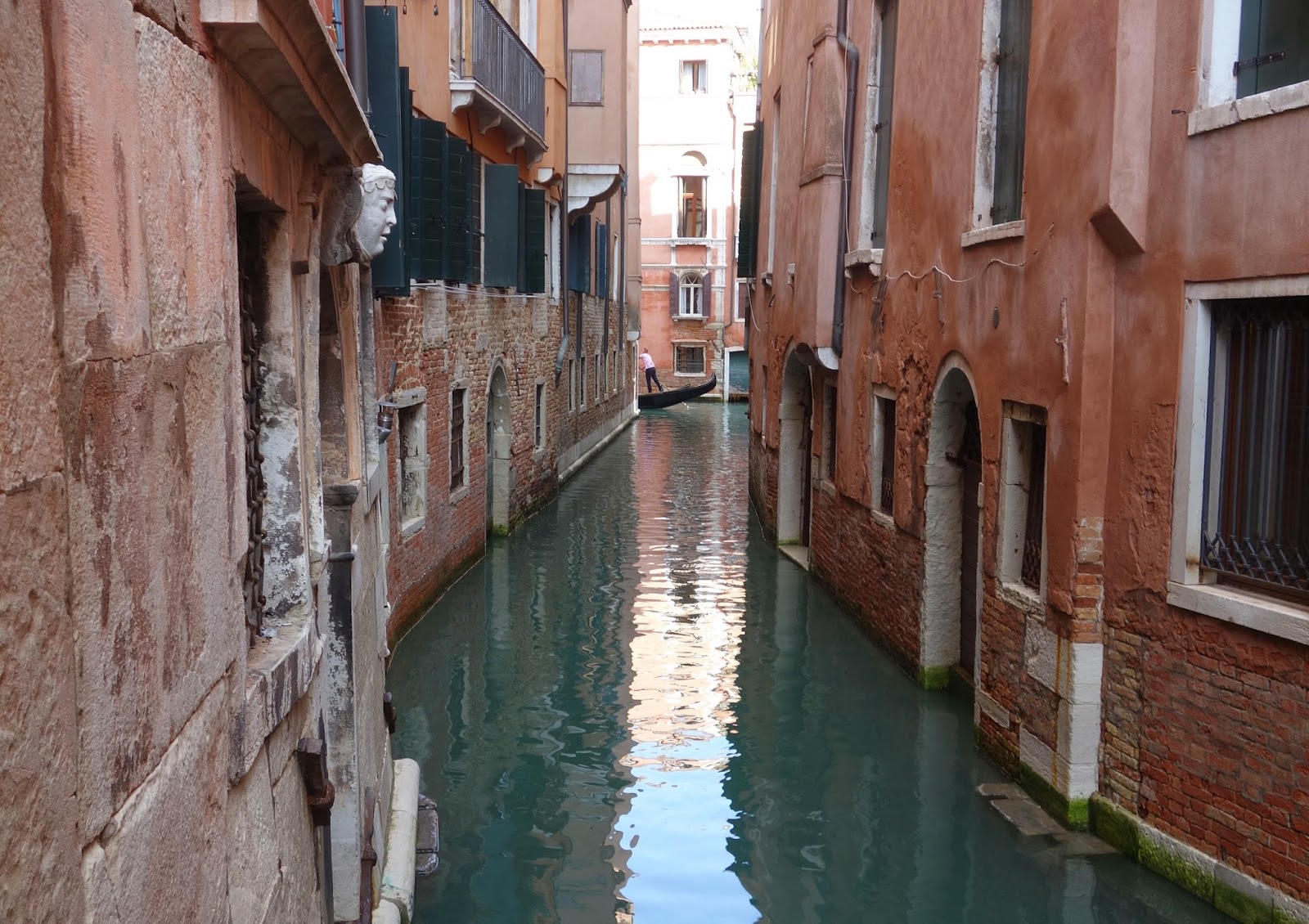 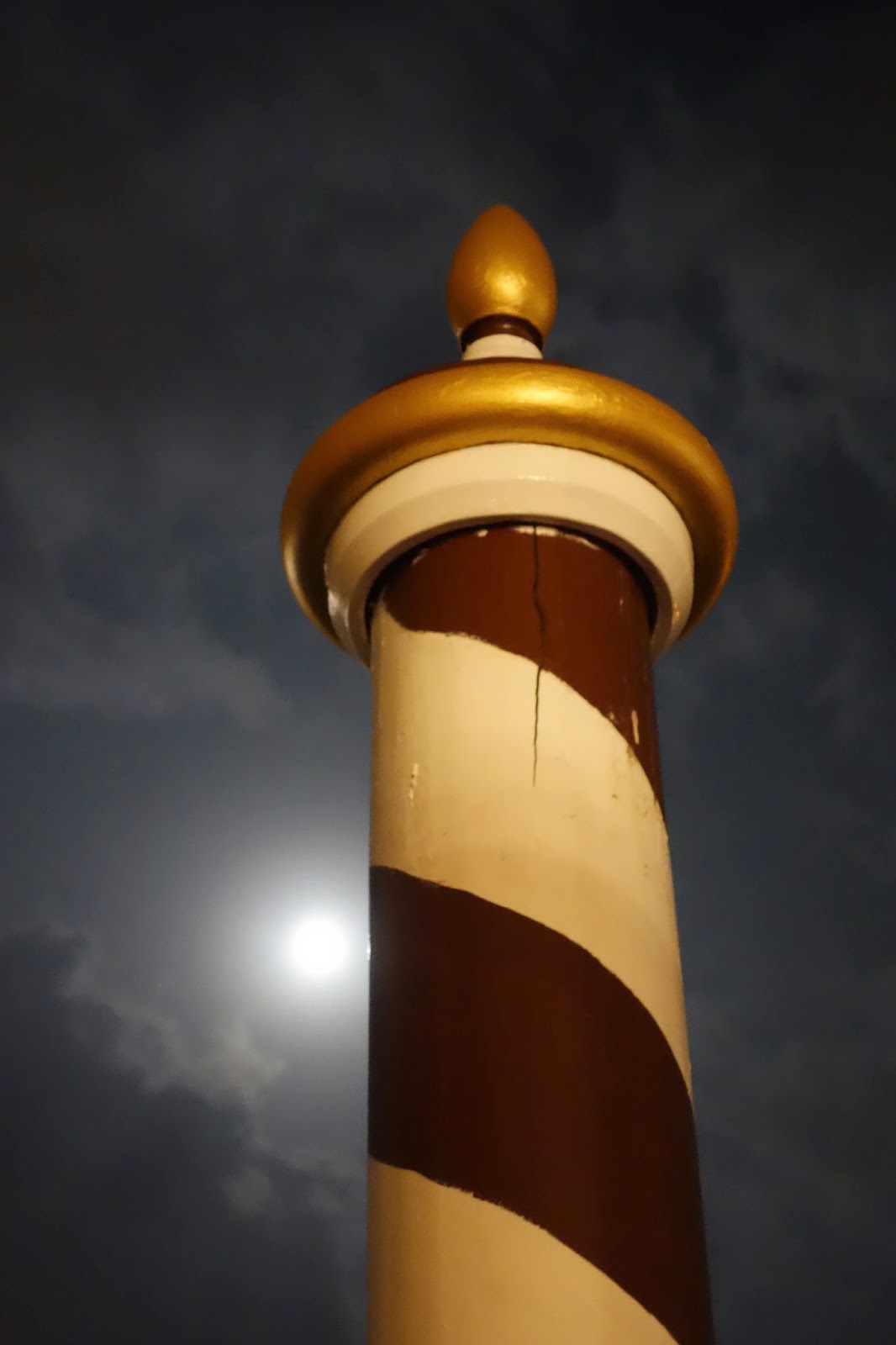 a fleet of official vehicles "parked" on the Grand Canal, outside government offices (perhaps this is where George Clooney went for his official marriage ceremony on the Monday morning after his wedding) 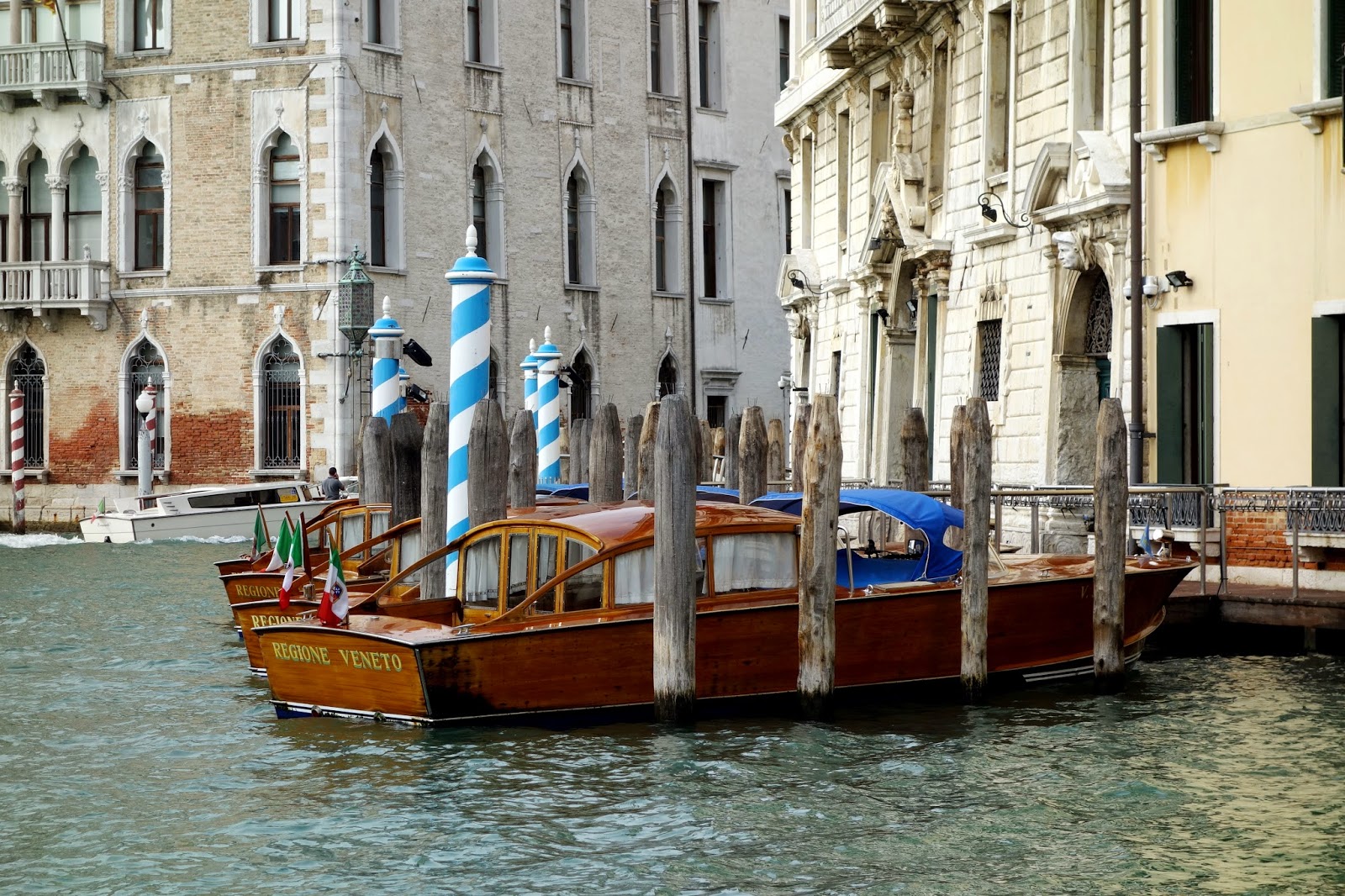 in further posts I will do a Grand Canal tour and a few choice shots of San Marco and some night photos (for more atmosphere- LOL)  So as always, stay tuned....