venturing on to Venice

So we met up with our friend Aase and a friend of hers- in Venice for a few days.  We both had been planning to visit and so coordinated travel plans to be there at the same time! 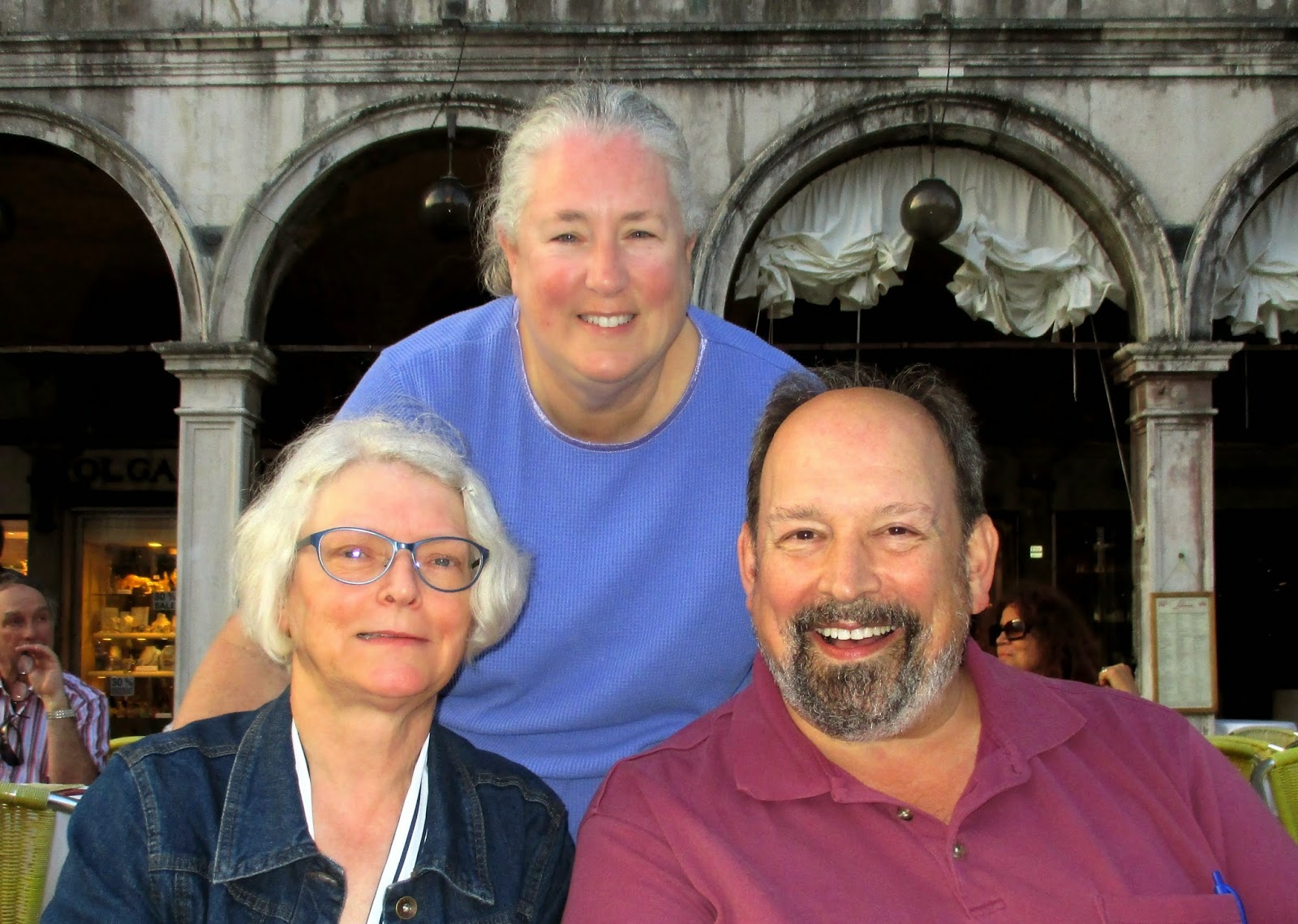 we would be in Venice on Phil's 60th birthday and Aase (who had been present at a number of birthday celebrations over the years) would be there to help celebrate with us! 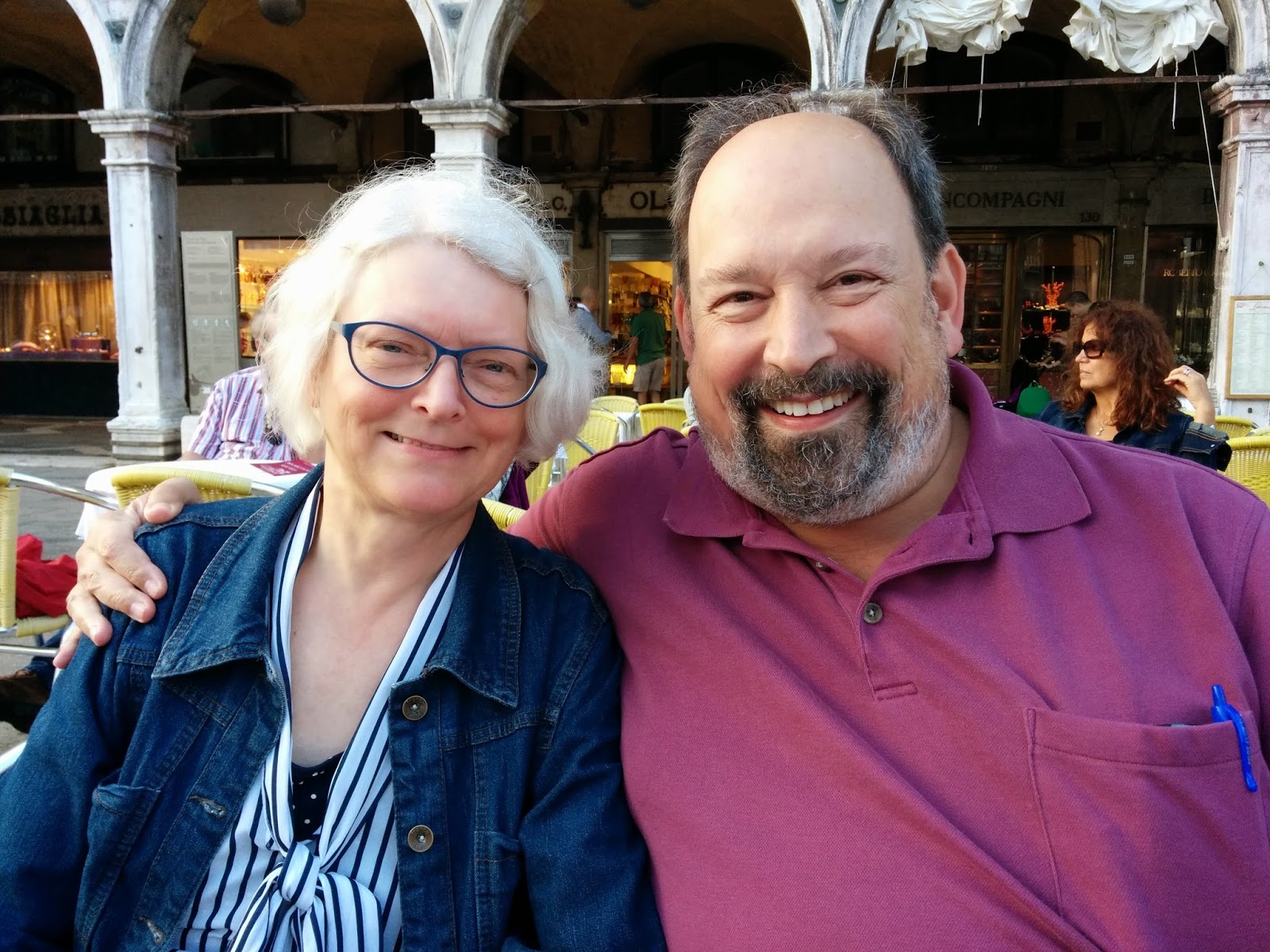 we arrived by train from Trieste (a slower regional train with limited stops but not the high speed one we would later take to Bologna from Venice) as we exited the station we found some changes since the previous trips (four for me and I think roughly the same for Phil, but twice before together) there are now machines to buy vaporetto tickets! and some things have not changed - crowds everywhere around the train station and the Rialto and San Marco...

we got on a "bus" as the vaporetti truly are - just on the water- still a bus... with our bags and made our way to the San Marco stop and hiked from there to the hotel... of course our room was not ready despite it being past noon... so we went to eat at the place where I had my first meal in Venice roughly two decades ago-  I don't have photos of the place from this trip, other than a sign recognizing that the restaurant is exactly our age! 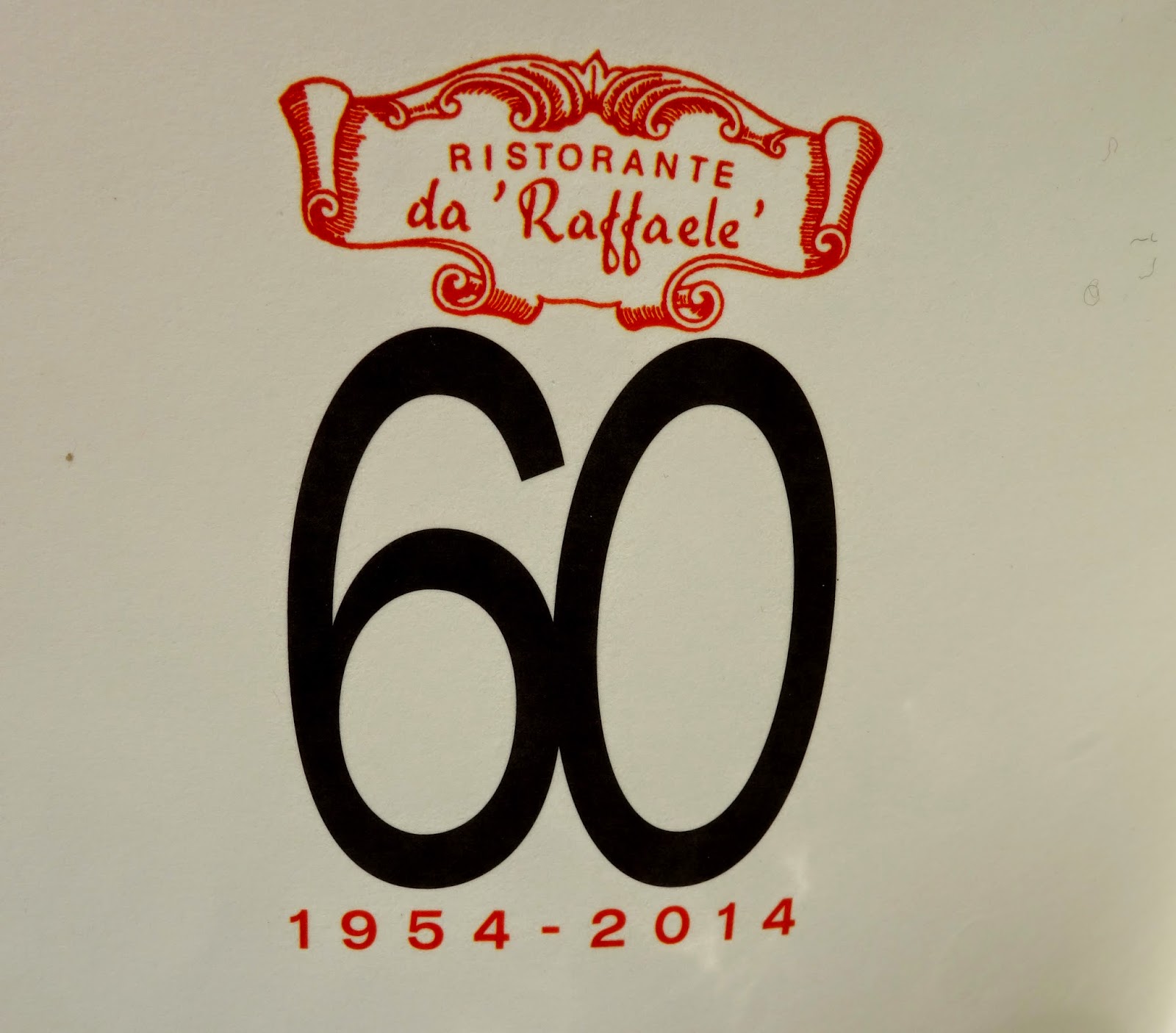 we had a main course each and then desserts - decent food in a city not known for its food at all...
then back to the hotel where our room is now ready - we check in and explore the hotel a bit...

the view from our room- 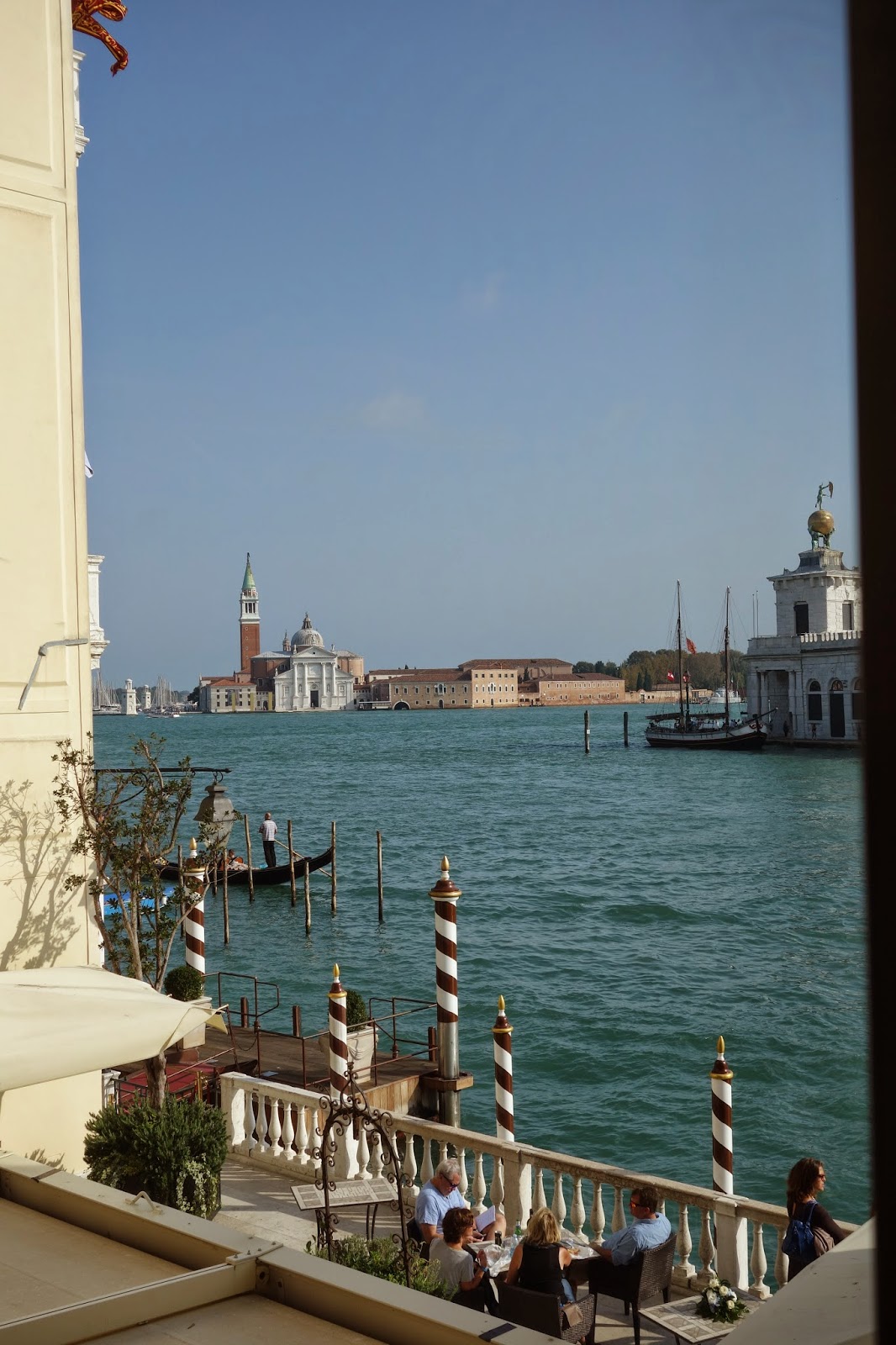 our dinner is at the top (according to some guides) in Venice, Da Fiore and it is kind of a hike - we have encountered a bit of rain today and we expect it to be raining this evening so we leave plenty of time. The distance is not great but the 27 (yes 27) twists and turns in Venice's narrow streets make it a bit complex- the white dots are places where you turn and the blue ones are bridges to cross- 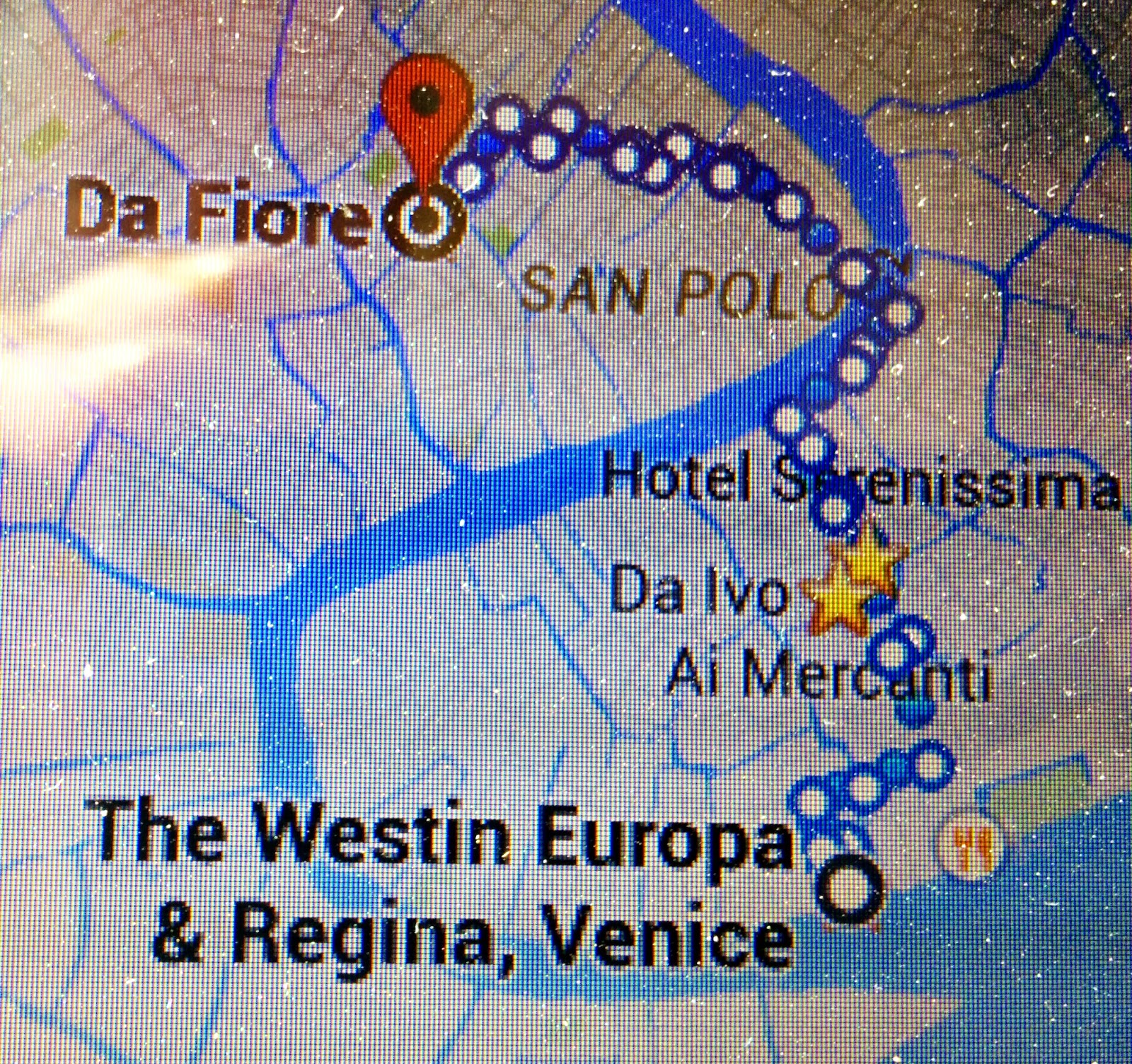 conveniently marked on the map are the other two dinner places we have reserved while there - Da Ivo  and Ai Mercanti (old favorites and more on those later) but as you can see they are much closer- and located between our hotel and Aase's hotel. 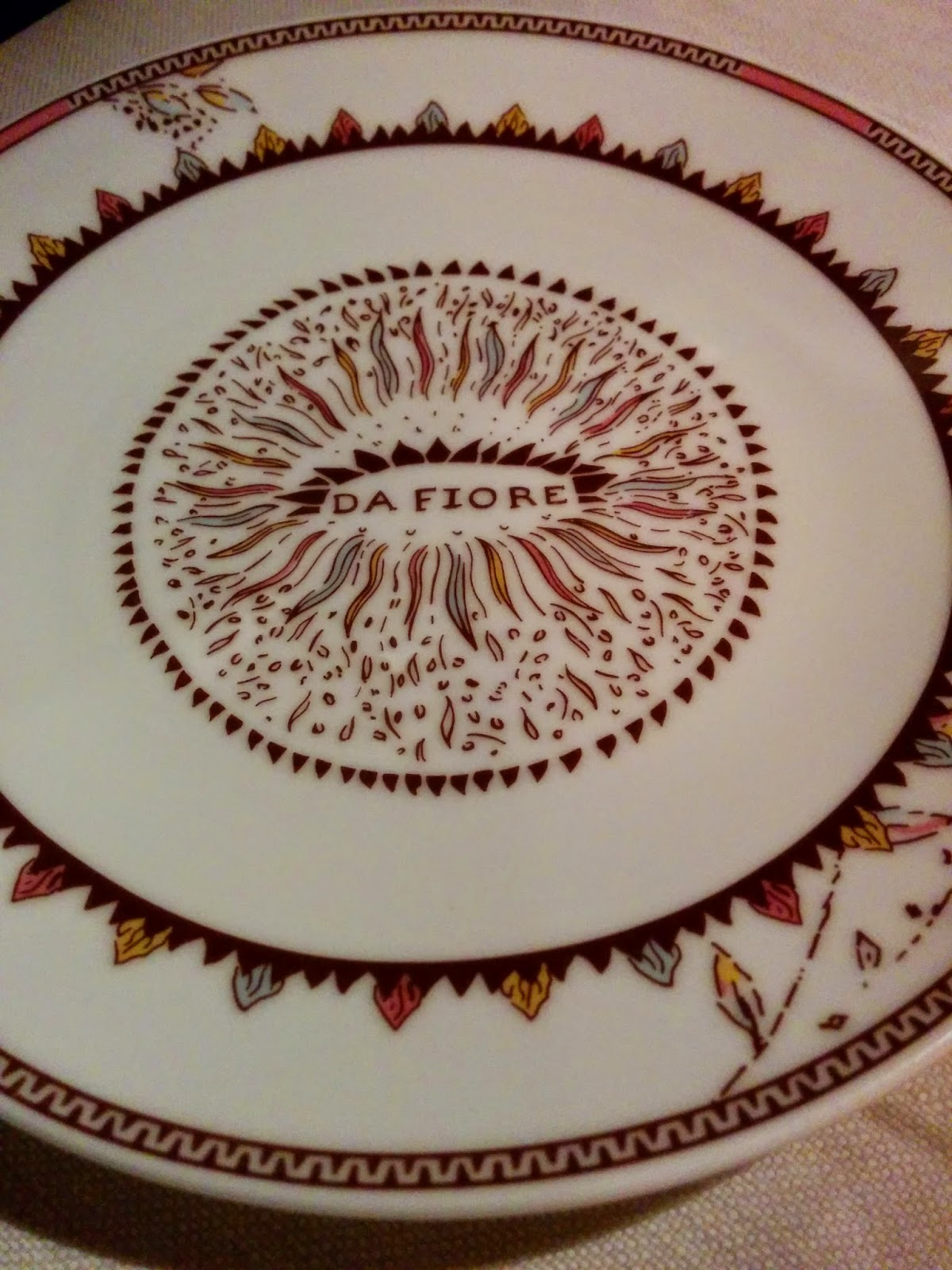 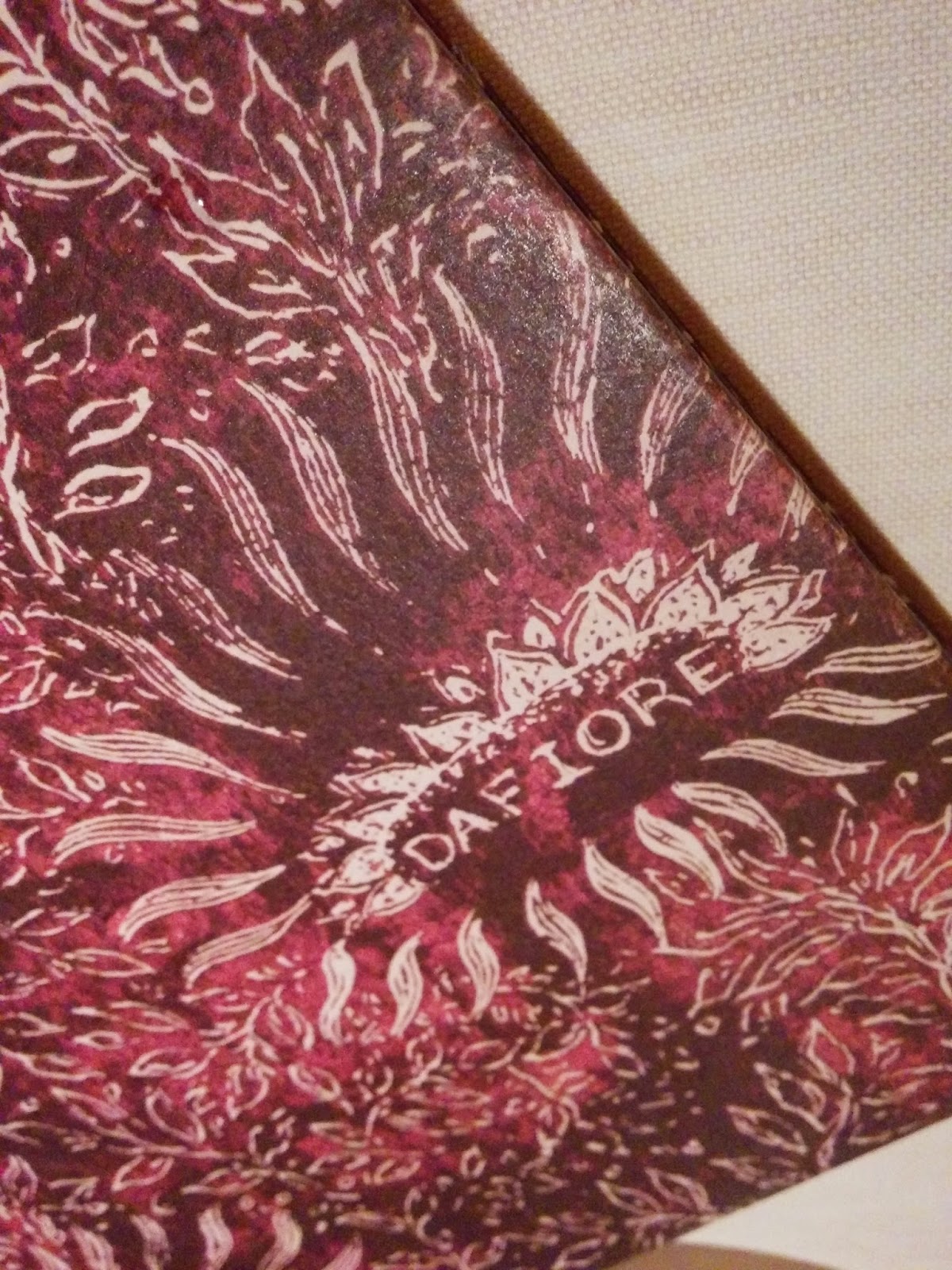 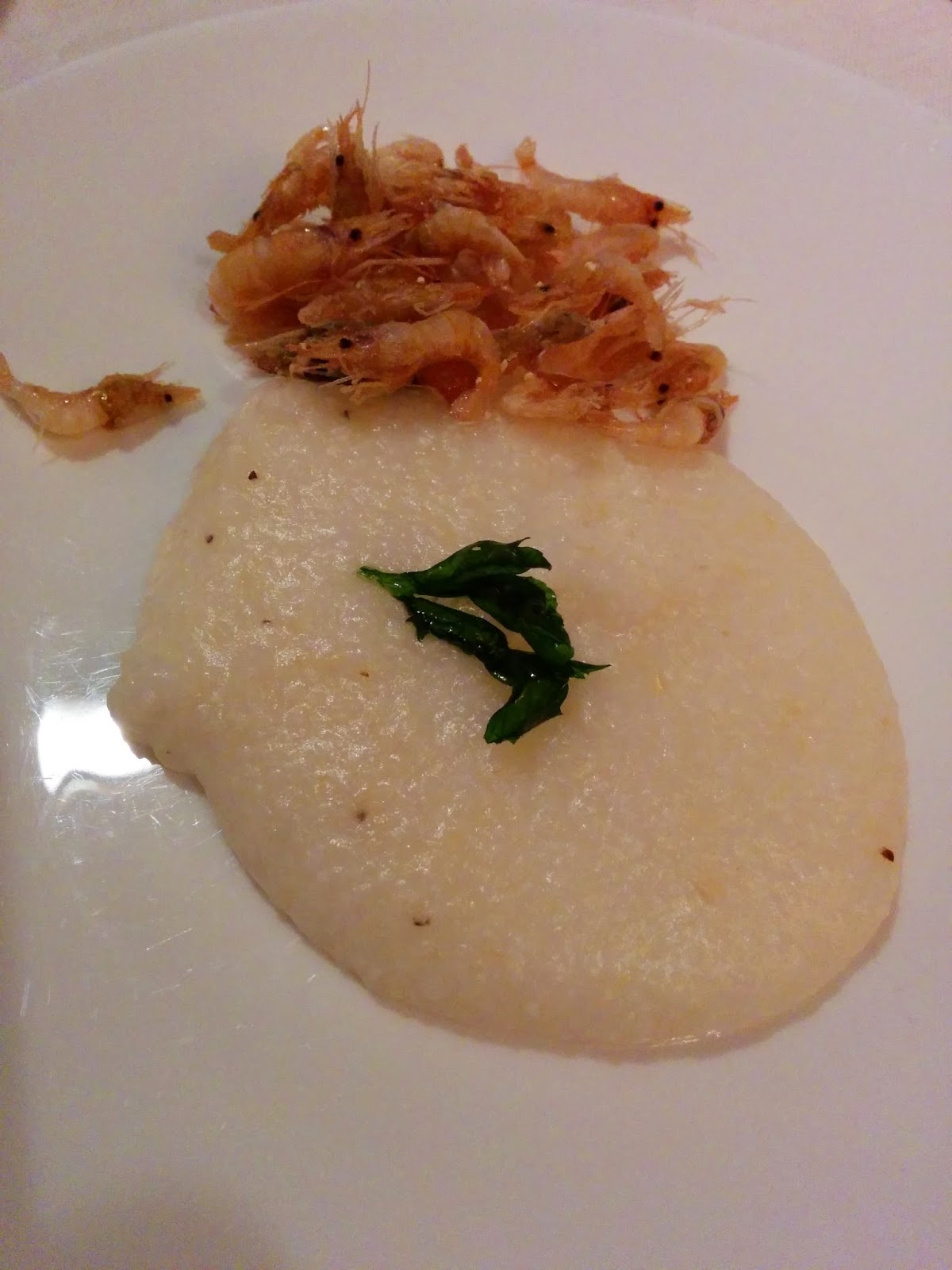 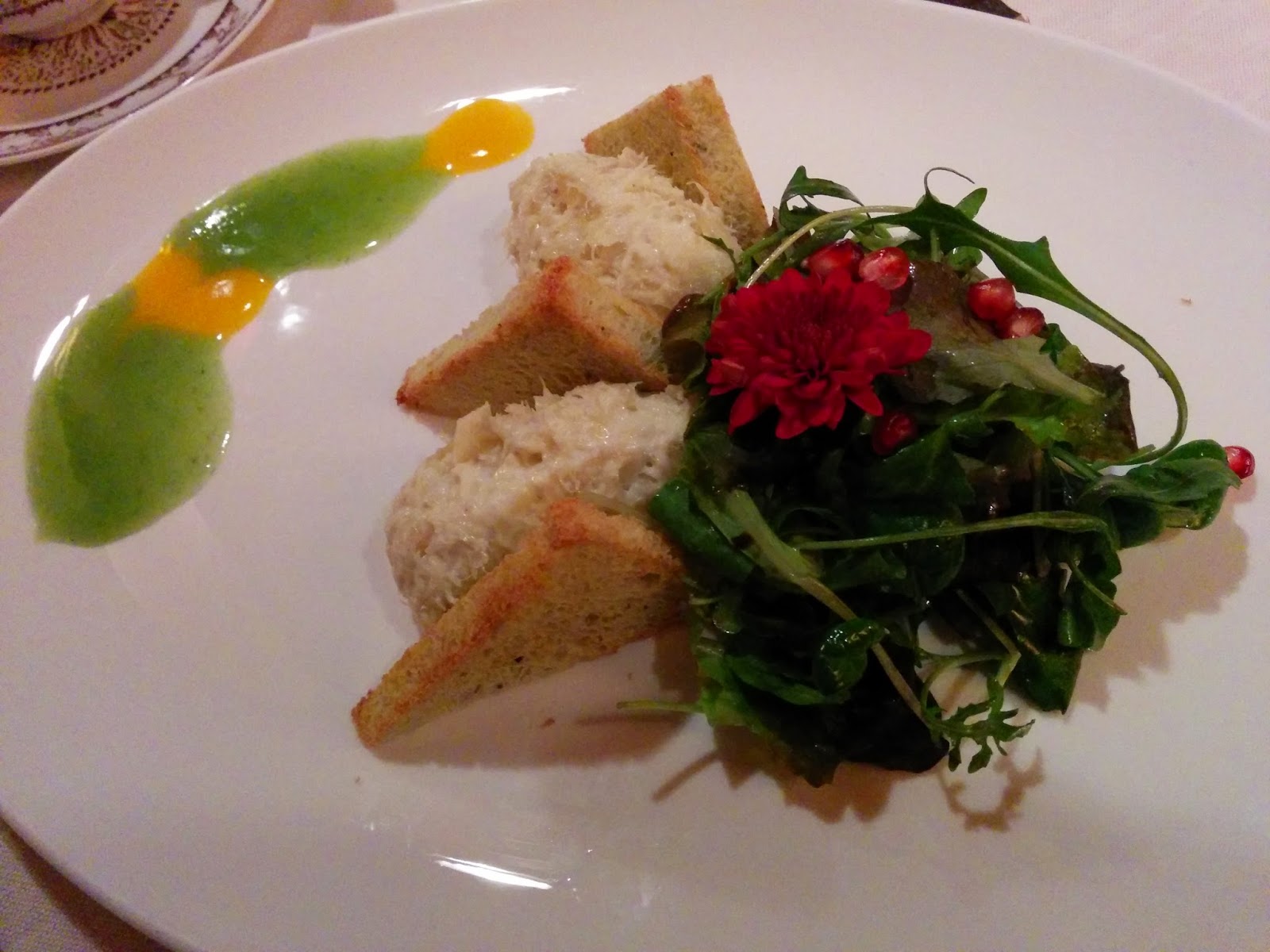 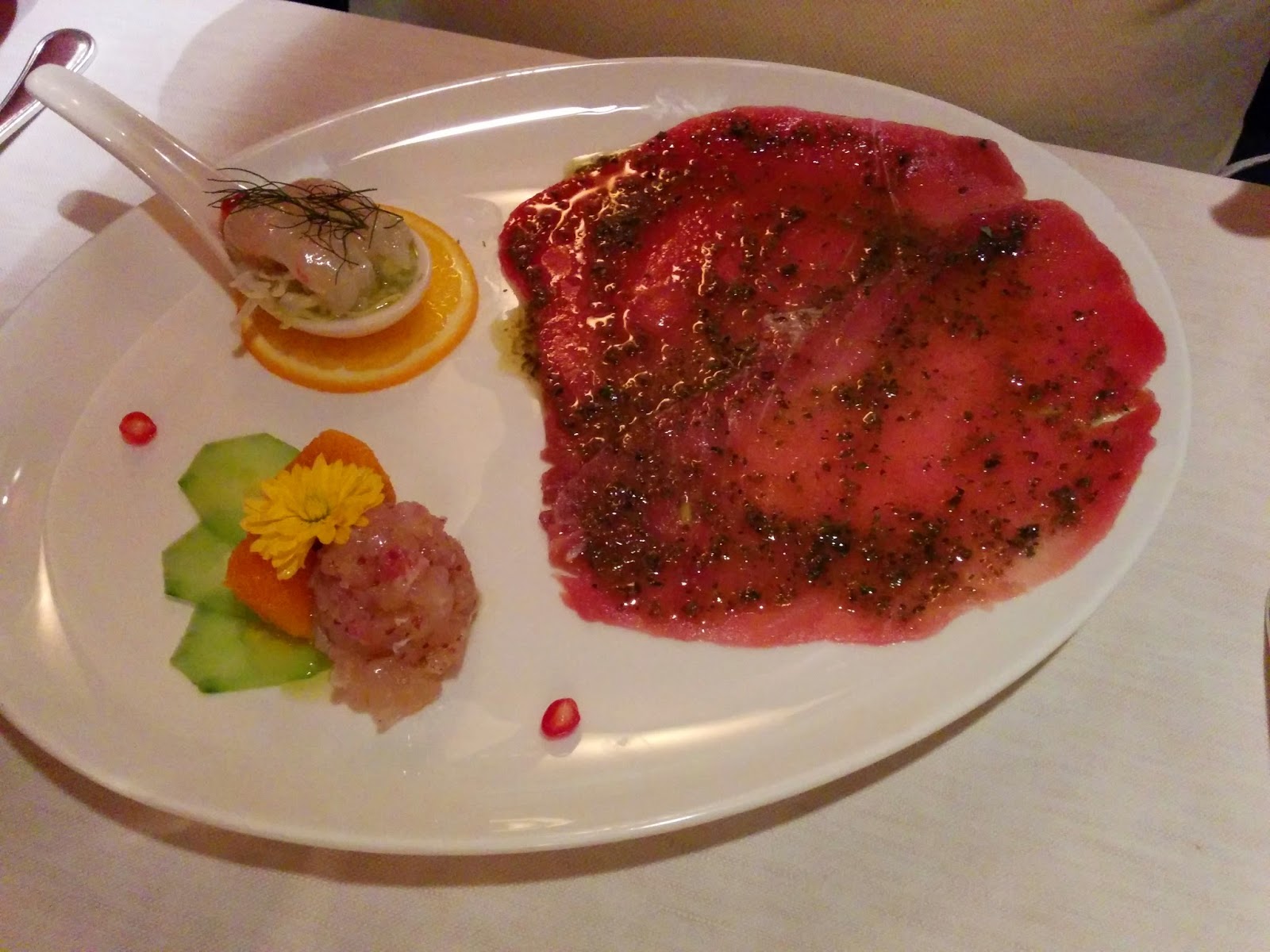 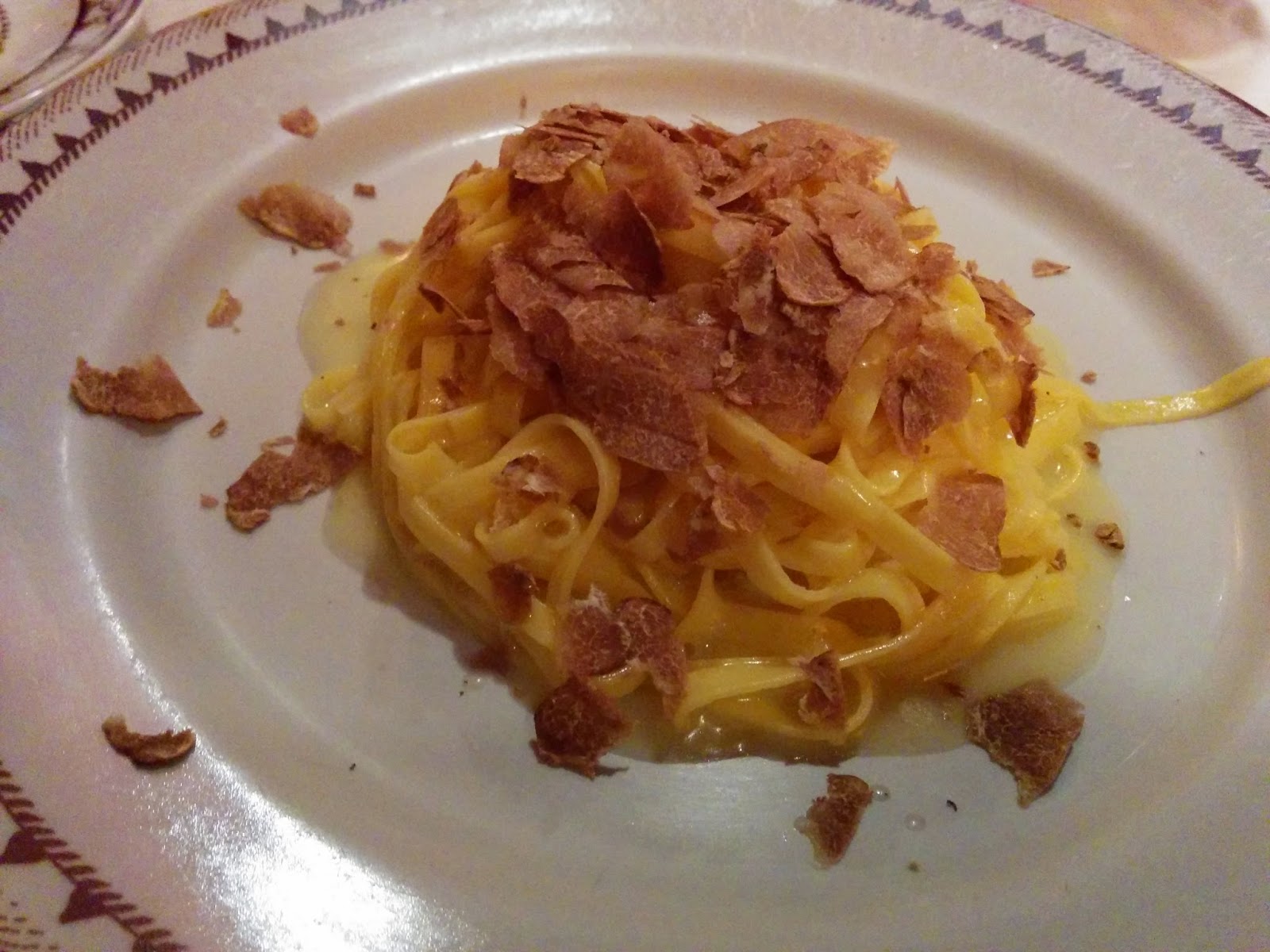 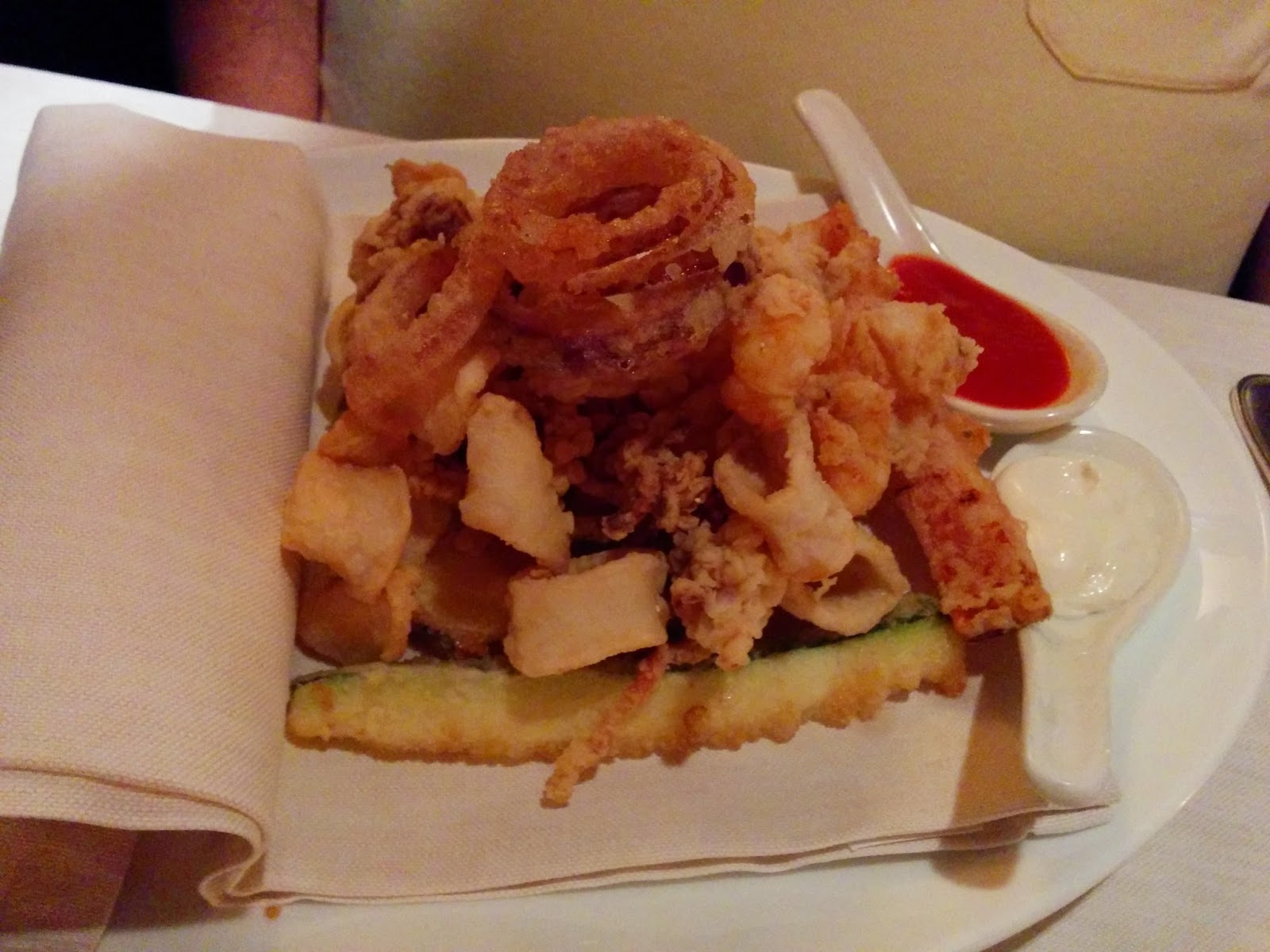 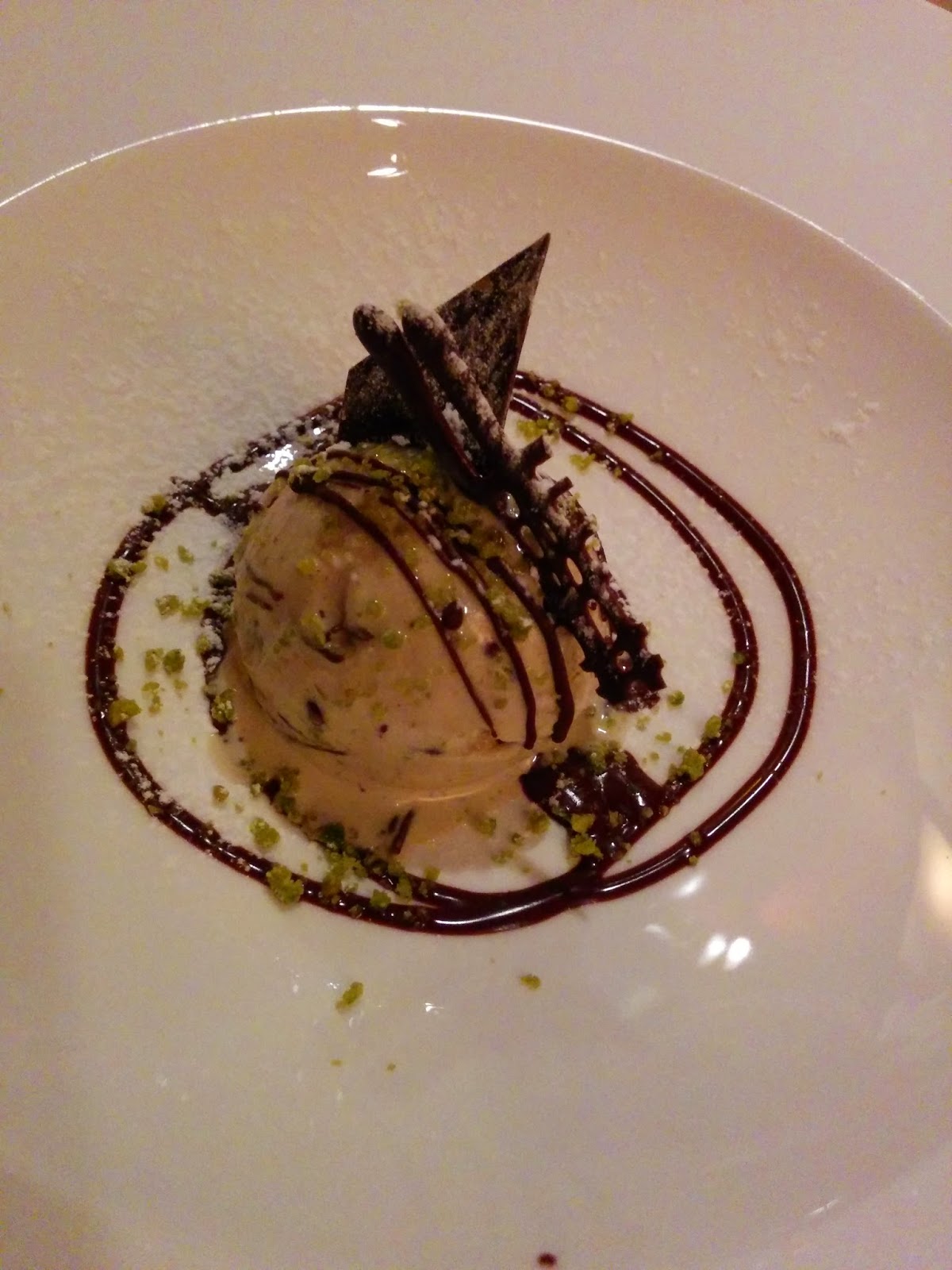 but back to Venice- perhaps I should have left well enough alone- it was less magical this time, more overrun with badly behaving tourists even at night  and even in the priciest restaurants... and this may end up being my last trip there (remains to be seen.)  The age of the selfie has fully arrived in Venice and the Africans who used to sell knock-off Louis Vuitton bags along the streets leading into San Marco now also hawk a device that is like a "go go gadget arm" to take selfies from a greater distance so as to get it all in the photo.  This is not a great thing. Has the world become so self centered? Must everyone be the star everywhere all the time? I gather from the latest visit to Venice the answer is a resounding YES... but I digress

we took the outer route on the way to San Marco so we passed the dock for the giant cruise ships that disgorge thousands of passengers into the timeless streets of Venice each day by 10AM.  They follow the leader with a flag with their group number upon it... 20-25 in a pack... again I digress but I keep hearing Brando's Colonel Kurtz in my head "the horror, the horror"....

along the way to San Marco that first day - we also saw a new abomination (from an architectural standpoint) bridges that have been covered over with long ramps and metal pipe railings along the waterfront, a good thing for a wheel chair but an eye sore none-the-less... yes, two decades have certainly brought changes to the atmosphere of Venice... and yet - underneath the most recent annoyances - the city lies as it always has waiting for the cruise ship crowds to leave, a quiet to descend and to bring out its mystery... for that it still has. I always need to remind myself that Venice may be the world's oldest amusement park (the pyramids the world's oldest tourist attraction perhaps, but Venice definitely an amusement park) People have come here for centuries and those who came earlier bemoaned the changes and the degradation of the experience they once had "way back when".

Yet still, it beguiles: here are just a few photos to get you started - more in later posts- these were taken on the way to the hotel on day one- 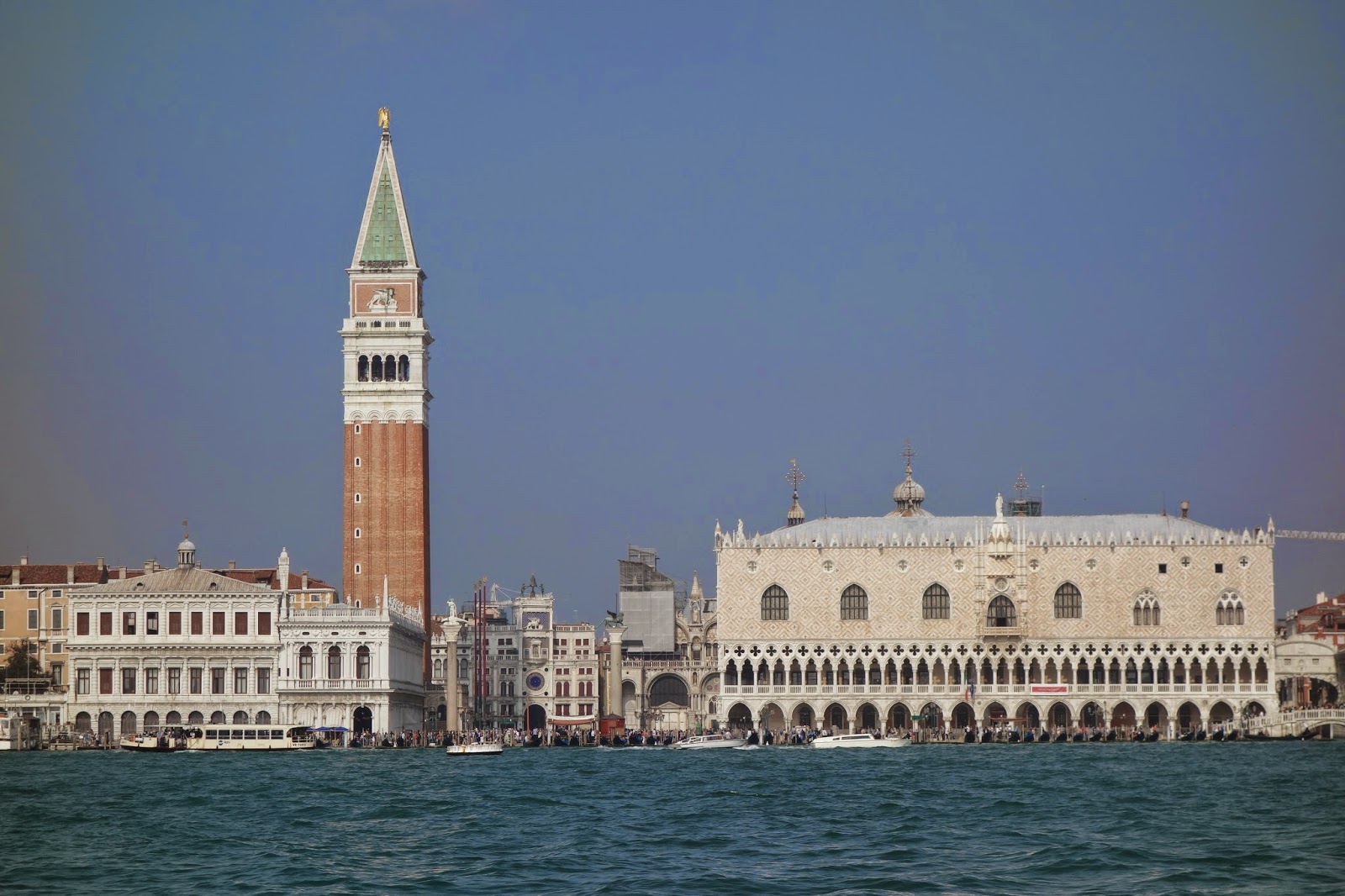 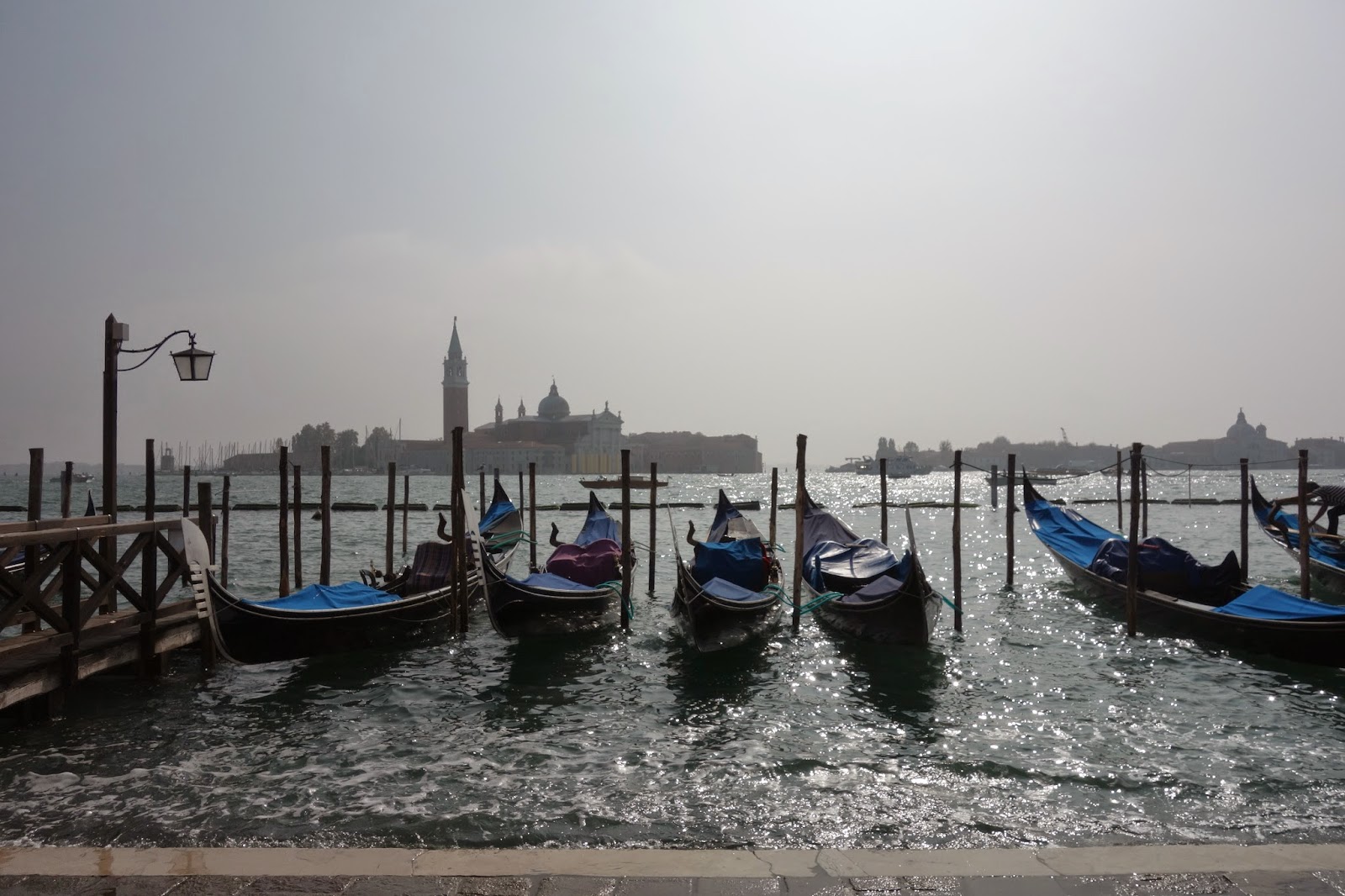 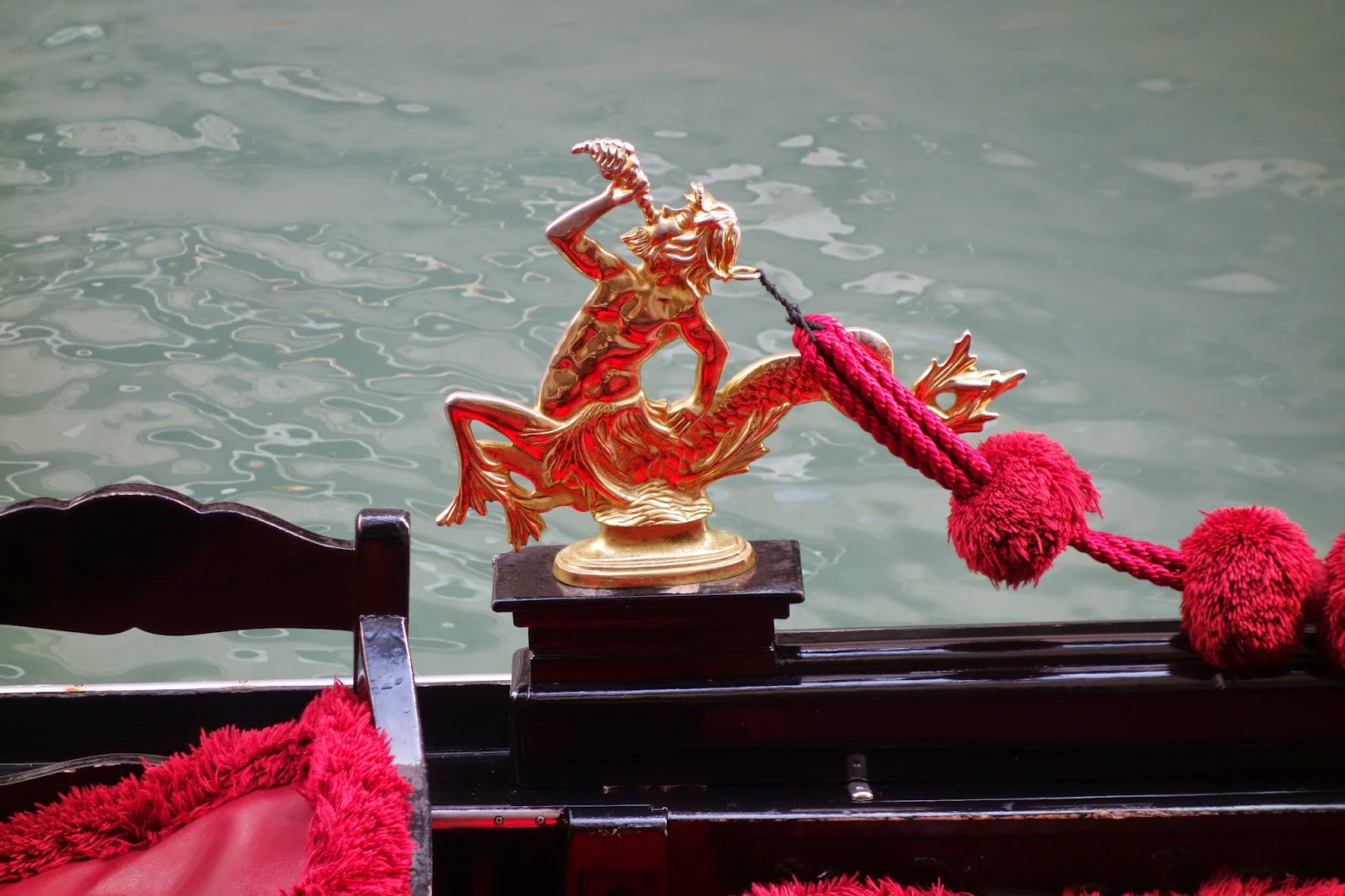 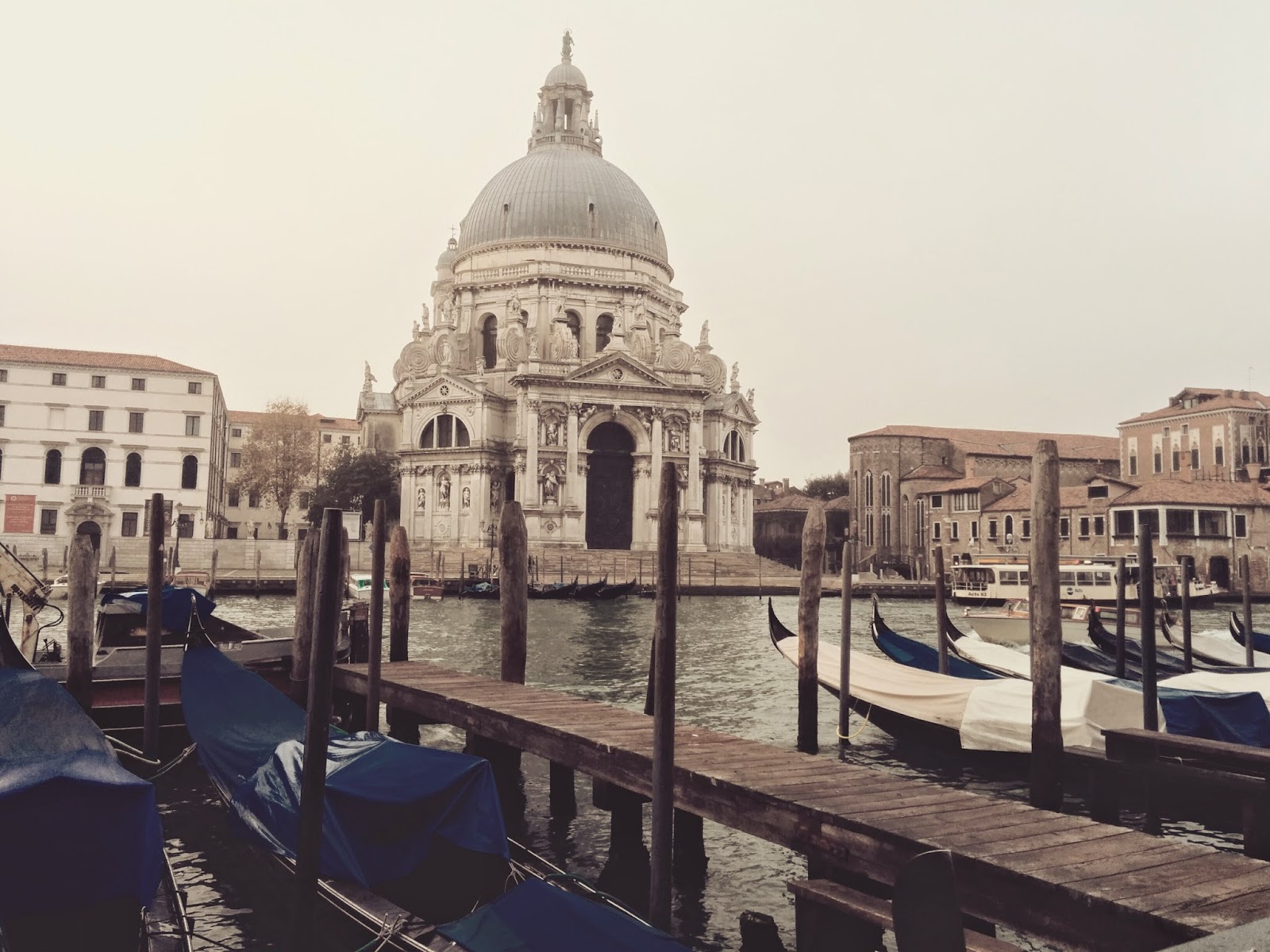 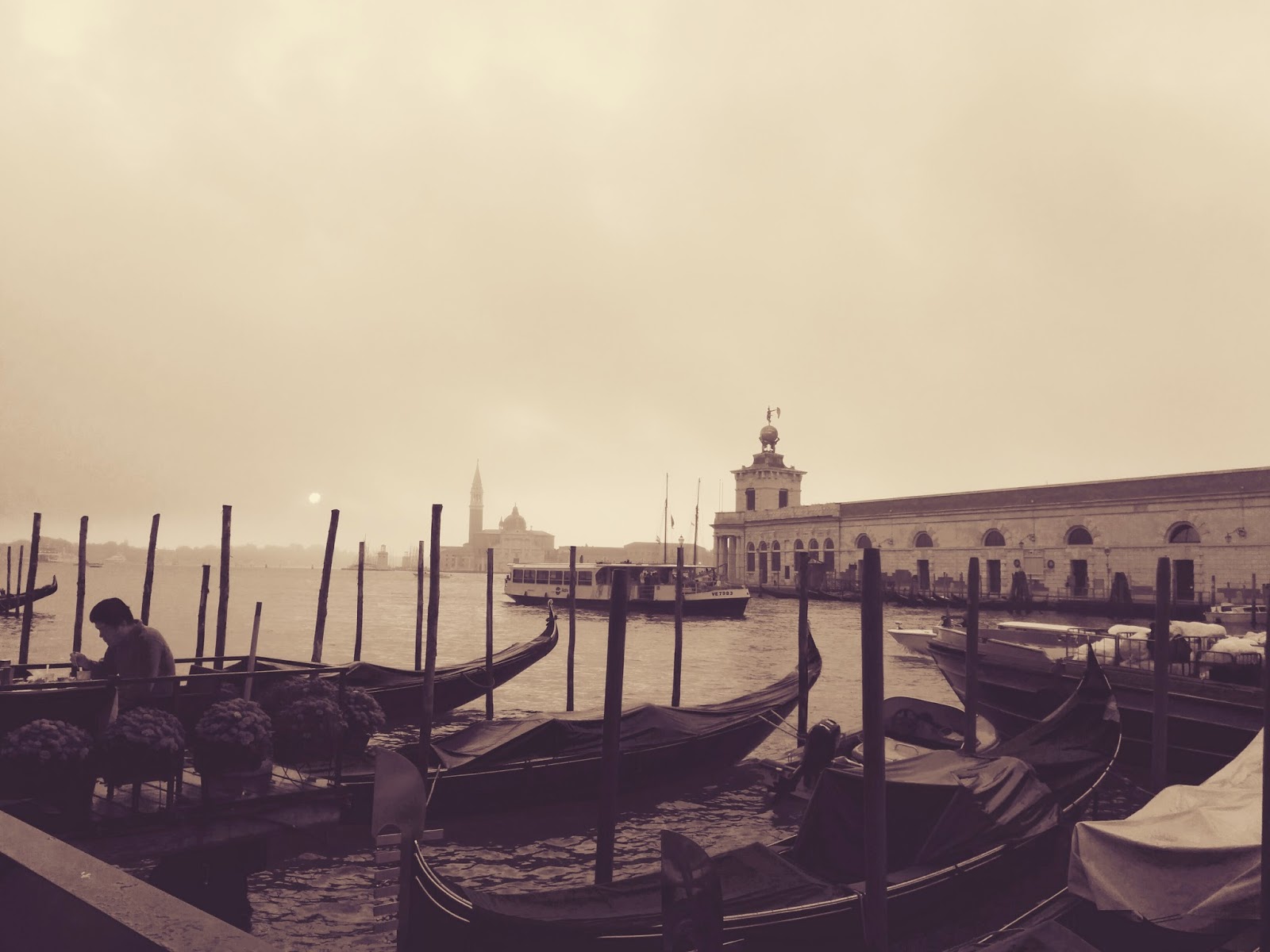 not a bad way to linger over the morning cappuccino.... stay tuned
Posted by TOR at 3:55 PM