Yes that is what we refer to it as- Naper-Hell... an exurban "flee the city buy a McMansion with a three car garage for your SUV" locale outside of Chicago.  So sure Chicago has its own issues but seriously - where would you rather live? In a place where on a single block you can get authentic ethnic or a place where you can eat Chipotle or Olive Garden or (fill in chain restaurant name here- the list is unending).

We have the Art Institute, The CSO, Lyric Opera, the Chicago International Film Festival, off loop theater abounds....to say nothing of the music venues for all kinds of music throughout the city - including one three doors north of our building... we have a variety of Michelin stars - they have....well exactly what do they have?

It was to answer that exact question that I decided to chance attending the eponymous play at our own neighborhood Theater Wit.  At first I was going to skip it- but then in an email exchange with the director he issued a quasi challenge to give it a chance and so I swung by there on my way to a film at the Chicago International Film Festival - 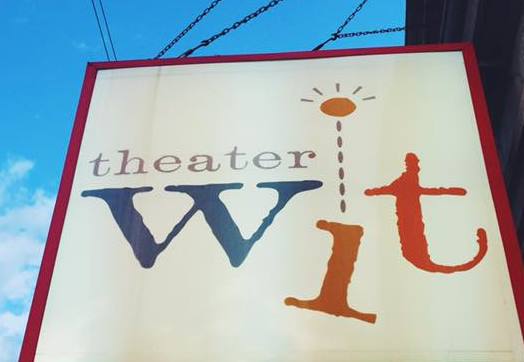 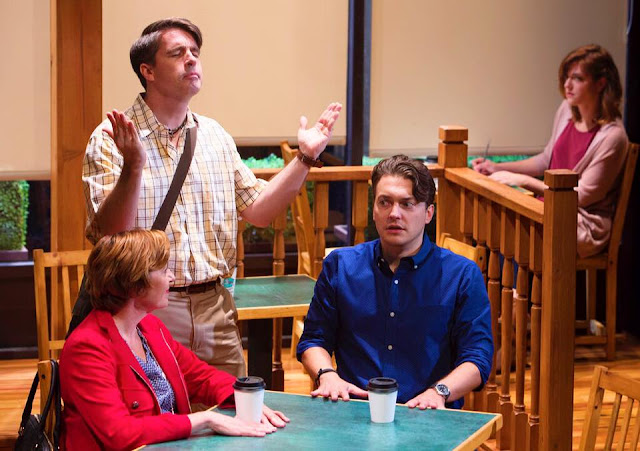 here are some excerpts I found in reviews online-

Naperville is one of the wealthiest in the Midwest. Now, it’s the setting of a new play in Chicago.  Written by Naperville native Mat Smart, the play “is bound to leave you breathless,” according to a Chicago Sun-Times review.  Set in a Caribou Coffee, the story follows Howard, who is thinking about moving back home to Naperville to care for his newly-blind mother. As he deals with her, Howard must also face old faces from his school days.  The Sun-Times praised the show for its lack of a cynical eye toward the suburbs.  “(Smart) clearly understands all the pitfalls of those green oases that stretch beyond urban centers, but at the same time he transcends the often snarky and dismissive attitudes about them in a surprising way,” the review said.

BTW- A quick review of the things to do in Naperville on Trip Advisor - only reinforces my sense that we are dealing with chains and strip malls - check it out for yourself and see if I am too "snarky or dismissive" - I think not...

excerpt from the Chris Jones review in the Trib-

Chicago has Nelson Algren. New Orleans has Tennessee Williams. Los Angeles has Raymond Chandler. But what of Naperville? What literary giant has immortalized the fifth-largest city in the great state of Illinois?

(Money Magazine and Kiplinger are hardly) adept at chronicling the dreams and fears of the fevered souls that lay their heads some 35 miles west of the city of Chicago, and just south of the Ronald Reagan Memorial Tollway, all safe in the knowledge that they are never far from a strip mall.

That sad state of affairs is corrected — to some degree — with the arrival at Theater Wit of the play "Naperville," penned by Mat Smart, a bona fide son of the suburb. Set in a Caribou Coffee — a locale whose poignancy is intensified by the demise in Illinois of that woodsy, caffeinated chain — "Naperville" tells the story of several sad-eyed denizens of the town.

At one table you've got the recently divorced Anne, a Waubonsie Valley High School graduate who is trying not to have peaked. At another you can find both Candice, who is coping with the loss of her sight, and her son Howard, who is coping with being back in Naperville to take care of his mom. Add in a local churchgoing fellow named Roy, a barista named T.C., and the lattes are flowing into what passes for diversity in this particular Naperville nook.

Smart is smart enough not just to get trapped with his characters but to realize that a play about a city has to strive to find the essence, and the ironies of that setting. He homes in beautifully on one — Joseph Naper, the founder of the far-from-the-lake town that bears his name, was, in fact, a shipbuilder. One sick of the water, evidently, and deeply in love with the prairie.

so if this is about people and not really about Naper-Hell there is no reason for it not to be called Rocky River or Middletown or any other suburb/exurb name... and one wonders why the irritating name in a city-based theater production... It is said that Hemingway referred to Oak Park as a community of "broad lawns and narrow minds."   So - follow the logic folks- Oak Park is adjacent to the City - and Naper-Hell is 35 miles away...just sayin....

We always tease our son by asking him when he is moving back to New York City (he lives in the Bed-Stuy area of Brooklyn) after living in Manhattan for years, but we certainly cannot criticize his choice as one of "broad lawns and narrow minds" - you would be hard pressed to find a more ethnically diverse population than Brooklyn despite gentrification. So I don't believe it is a question of proximity, or lack thereof. In my opinion it is one of mind set. For those of us unwashed, violent,(and frequently "off white") City dwellers, that the exurban and suburbanites from Schaumburg and Naper-Hell work so assiduously to avoid, we can't help but wonder about that undercurrent....

My husband once had a banker who wanted to do a lot of business with him but would never come into the city to meet him- always insisted on lunch in the suburbs... what drives this mentality? Needless to say the banker didn't last... but- I see this has turned into somewhat of a rant, so I will get back to the play....

The play was - well - mixed- some very good performances - but mostly unlikeable characters.  Yes I understand humanity is flawed and all but here are a few comments-

do we really think the woman who has recently gone blind pretty much by her own hand is going to be so incredibly stoic a mere three weeks after she loses her sight?

do we really think a woman who believed herself to be living her dream as an exurban housewife would drive to Iowa just to "fuck" her husband's good friend because he made fun of her for thinking living in Naperville was her dream existence? (regardless of what a dick-head he was- surely there was some method of revenge at closer hand - and seriously why wouldn't he laugh when she said her dream was to be a volunteer at a pioneer museum in exurban Chicago?)

and the local Jesus freak - all too pat that he had turned to religion when his mother (who he couldn't bother to see when she was sick) passed on with out him....

here's what I will give the play - the desperation of TC to get these folks out of his Caribou is VERY real and he was the one character with realistic motivation for his actions- on a downward spiral for most of his adult life (as opposed to the other "johnny-come latelies") he deserved a better coffee shop within which to play out his dramatic plot line- the others characters contrived and two dimensional were just pathetic imitations of what it is truly like to be a loser - that character deserved more than he got both in his own story and this one. 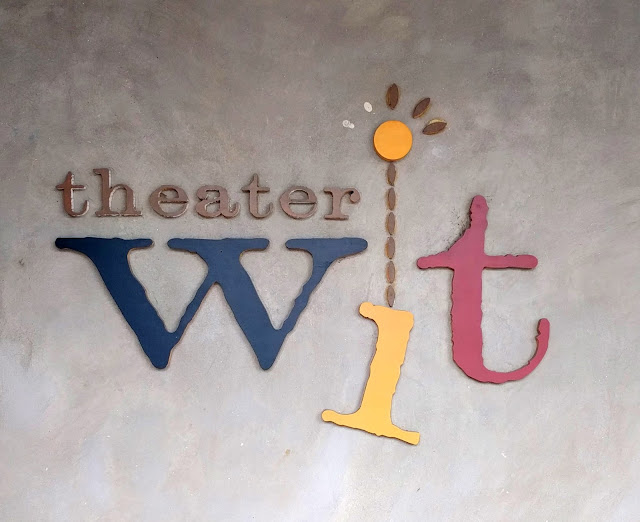 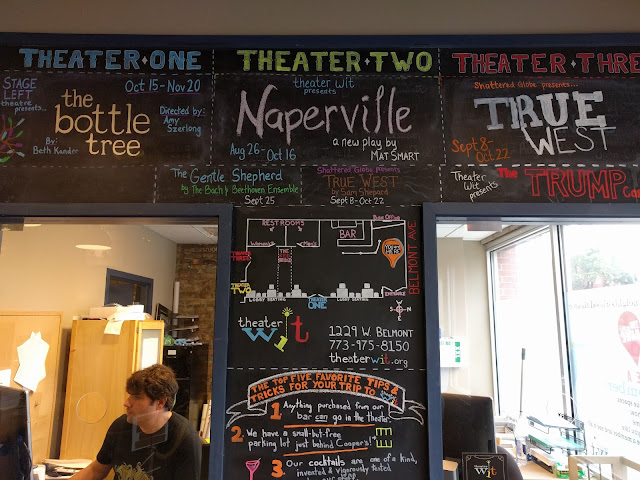 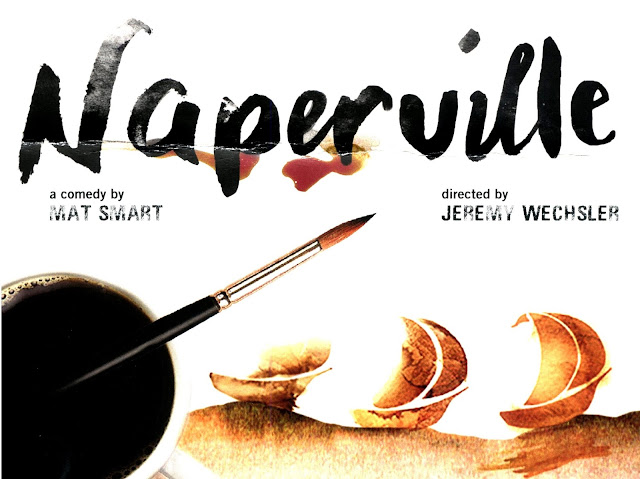 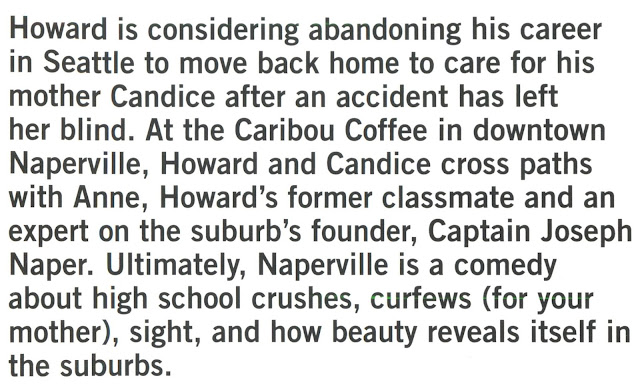 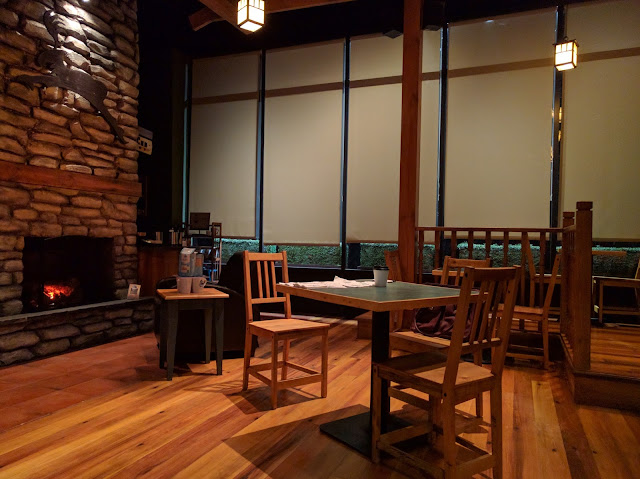 From there I went on to a truly depressing life - so consider this the comedy before the tragedy and stay tuned for film ONE of the Chicago International Film Festival.... up next "A Quiet Passion"....
Posted by TOR at 9:31 PM