Note- the connection at the hotel is less than dial up speed so I will insert photos later at a location where I get a better connection---
Arrived in Cape Town late on Monday night – the flight from Amsterdam being 11 hours (all day essentially) on top of the overnight flight from Chicago to Amsterdam but we made it and so did our luggage.  I had booked a car to take us to the hotel as I had heard there was a dearth of taxis for the late arriving flights from London.  The man at the reception was very welcoming and our room was lovely.  The hotel is quite like a gallery and there is art everywhere. 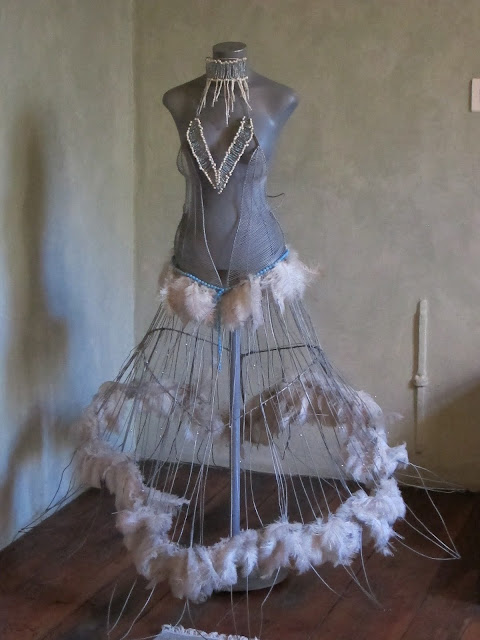 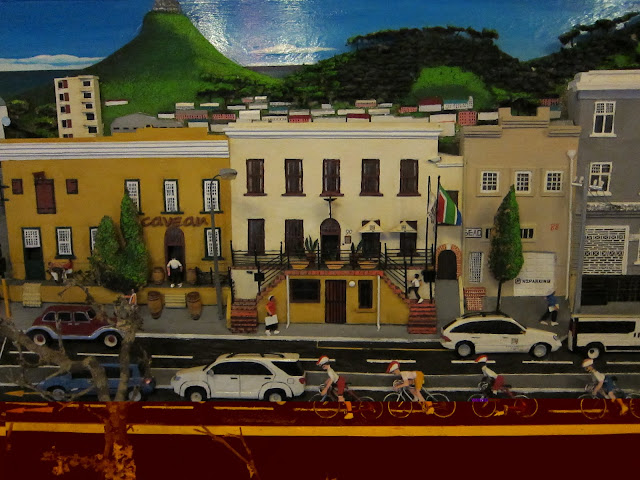 Breakfast on Tuesday morning was also very nice but we got our first idea that they don’t have the same political correctness thing going here as the menu in the morning had a cover with a black woman’s portrait with huge sambo style lips. 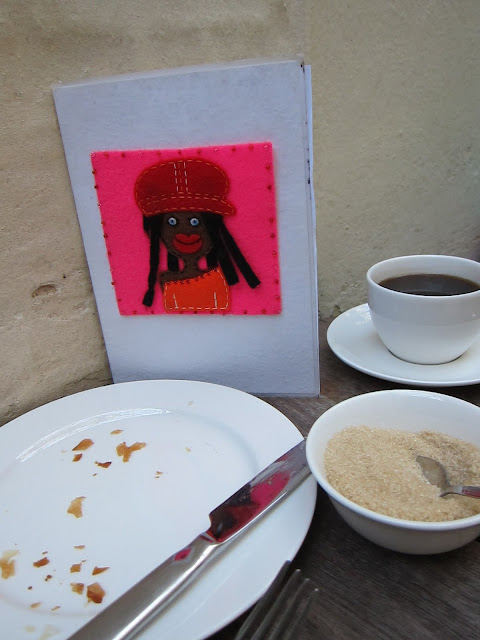 Because Tuesday was sunny and beautiful we immediately decided this was the day to go to the top of Table Mountain.  We booked the cable car for the morning and also a trip on the Robben Island ferry for the afternoon.
Table Mountain is the most outstanding feature of Cape Town – towering over everything in the “City Bowl” you reach the top only by cable car and even though you would think it was barren on the top there is an amazing and completely unique ecosystem on top. 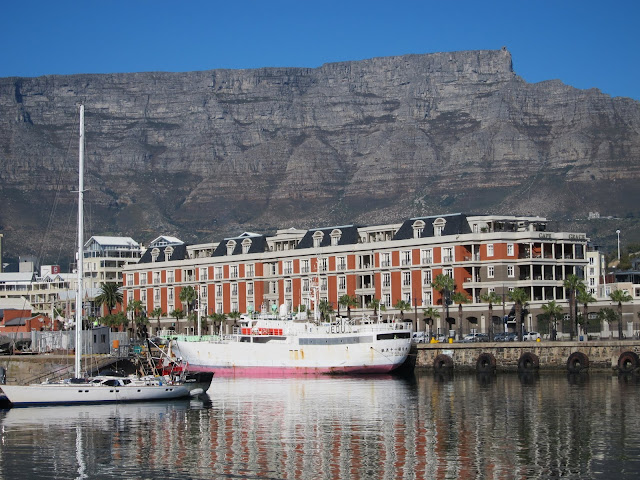 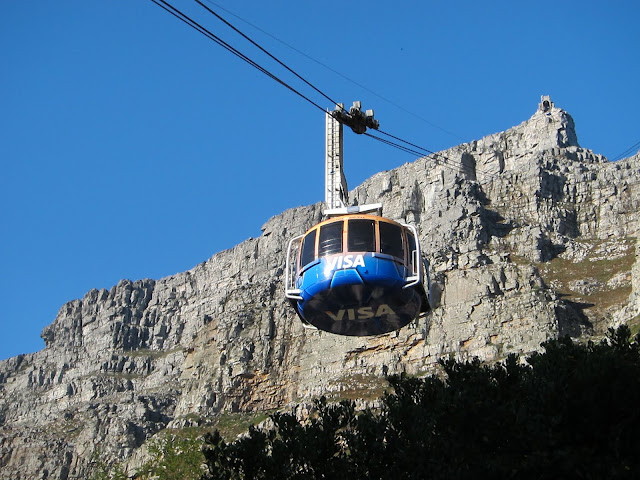 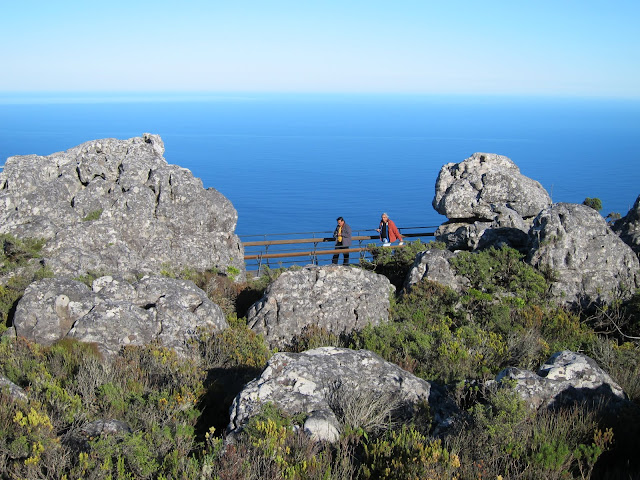 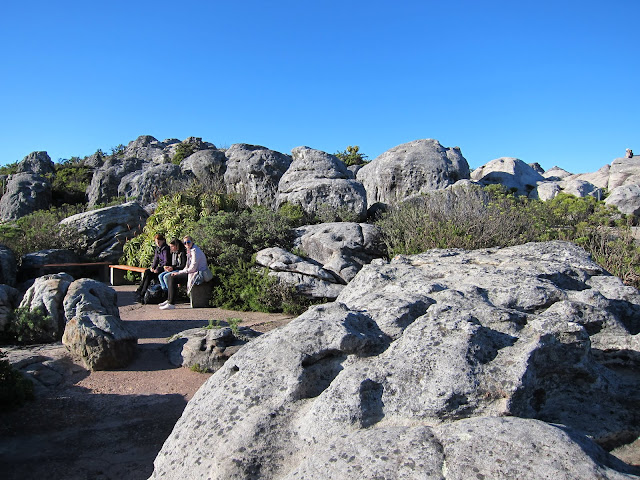 After we had finished the mountain we met our driver Alfred (who had brought us in a taxi but waited for us) who then took us down to the V&A waterfront to catch the ferry for Robben Island – which is somewhat like Alcatraz in that it was a maximum security prison on an island off the Cape Town port.  But first we had a chance to have a seafood lunch at Den Anker with every type of seafood in a mixed platter. 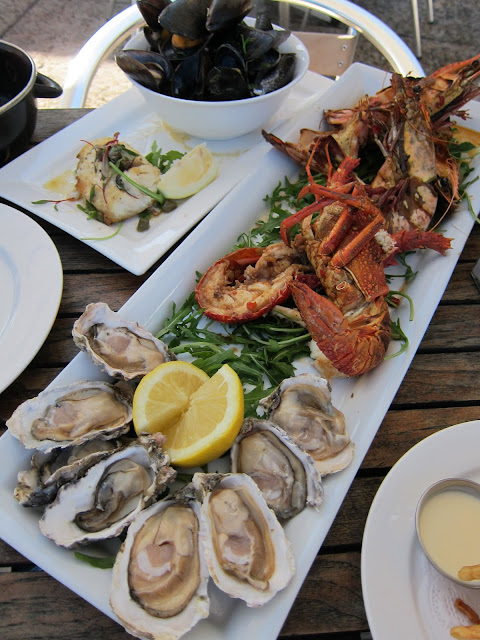 Then it was a quick boat ride across the harbor to the dock where the Robben Island museum is located.  Robben Island is the place where Nelson Mandela was held for 25 years.  He and other political prisoners spent time at hard labor here after sham trials.  The guides to the maximum security prison are former inmates.  Our guide spent five years here for taking part in student protests when he was 19 years old. 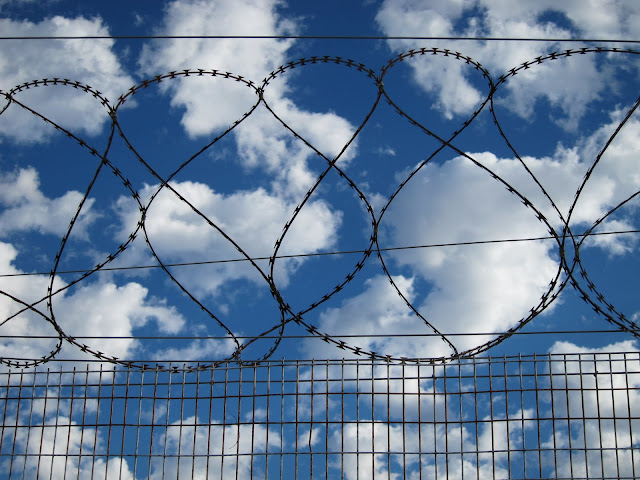 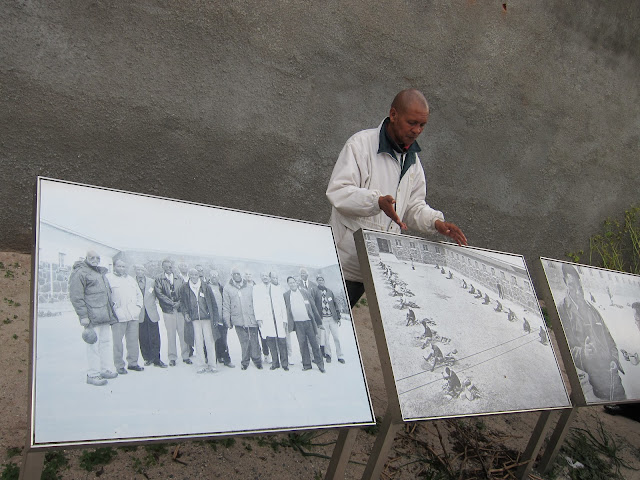 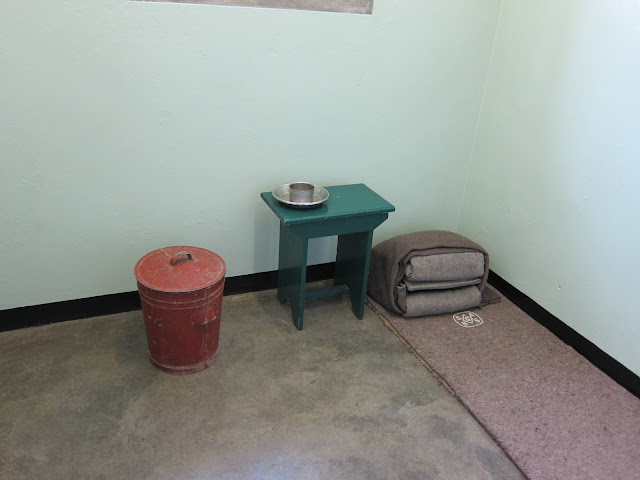 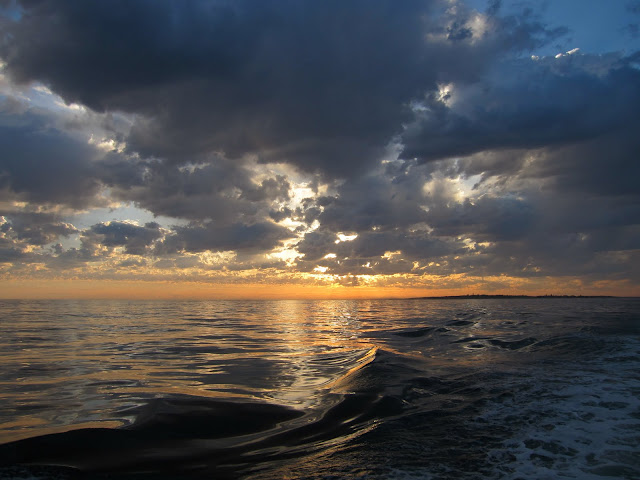 Dinner at Caveau - an excellent pear and Gorgonzola salad followed by pork belly with caramelized Jerusalem artichokes, Phil had shrimp and then fish.  Then we were off to bed as we were tired after a long day and it being the first one!
Posted by TOR at 8:12 AM