one whole night without Internet- LOL- we left the Knysna hotel fairly early after a nice breakfast- which always seems to be included here.  our direction was Plettenberg Bay area.  we found our hotel as we drove past on the way to the Tenikwa Animal Preserve.  here they are making amazing efforts to save the leopards and cheetahs which have populations decimated by human encroachment and poachers.

we learned that cheetahs are the most endangered because their migration patterns and range has been very broken up by human development and therefore they live in pockets which have now suffered so much inbreeding that the species is threatened in yet another way.  at this preserve they are doing cross breeding to enlarge the gene pools of the various pockets of cheetah population.

they had two four month old cubs who were being minded by a "nanny" - the only thing you could call the poor woman who was chasing after them repeatedly to keep them in the low walled enclosure- as they had just learned they could jump as high as the wall. 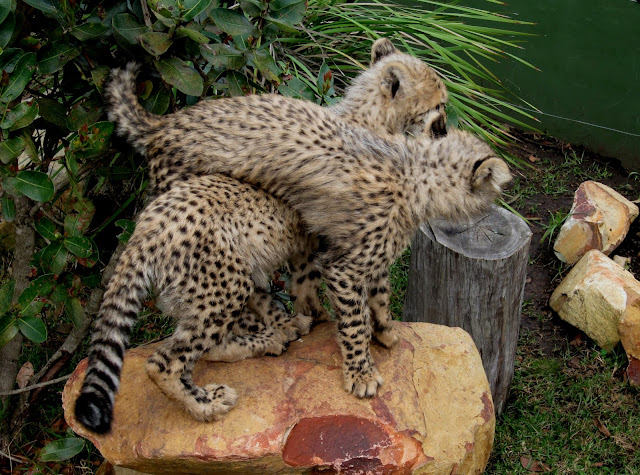 after a short video on the work of the preserve we were guided through the various areas of the preserve where the cats were living. we saw African wild cats and Cheetah and a Leopard and Caracals and Cervils. 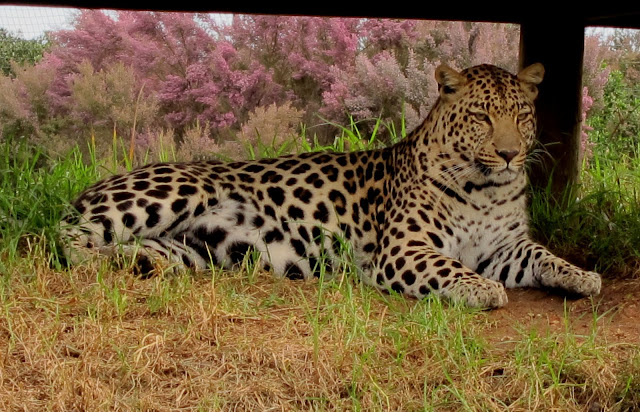 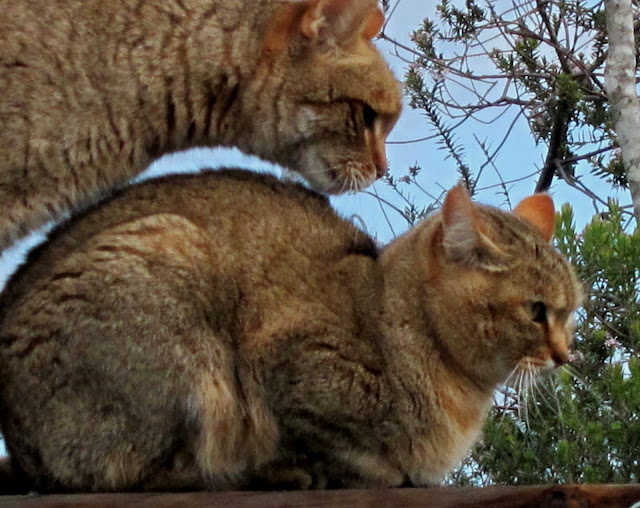 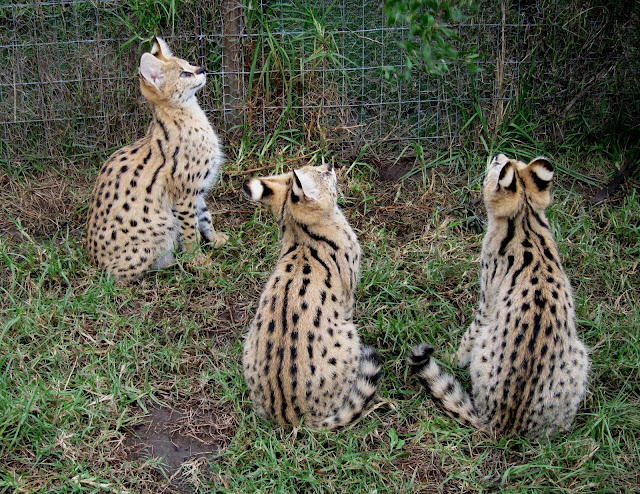 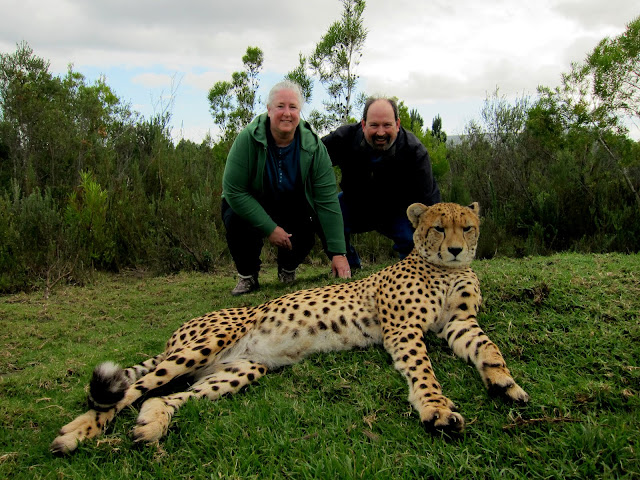 we ended up spending several hours there and were very glad for the time spent as it is unlikely that we will see any cheetah and only a small chance for leopards.

after leaving Tenikwa we went to Monkeyland- LOL- which was a similar idea to Tenikwa only it provides habitat for various primates.  we will see no monkeys on the safari as far as we know and because they are among Phil's favorites we stopped to visit. 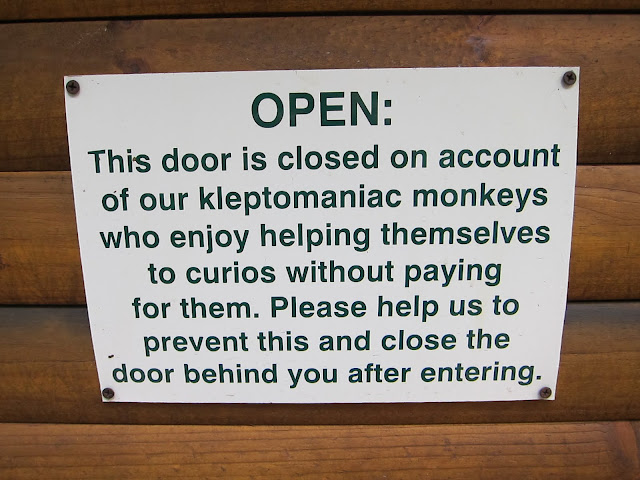 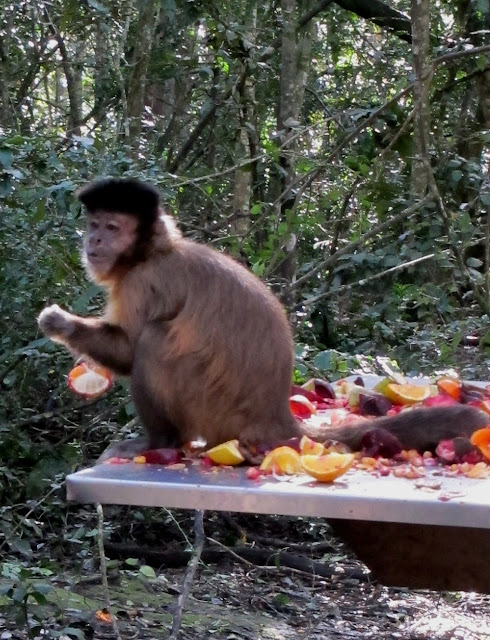 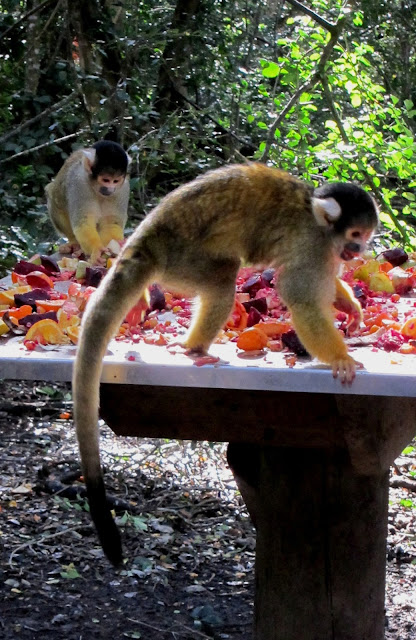 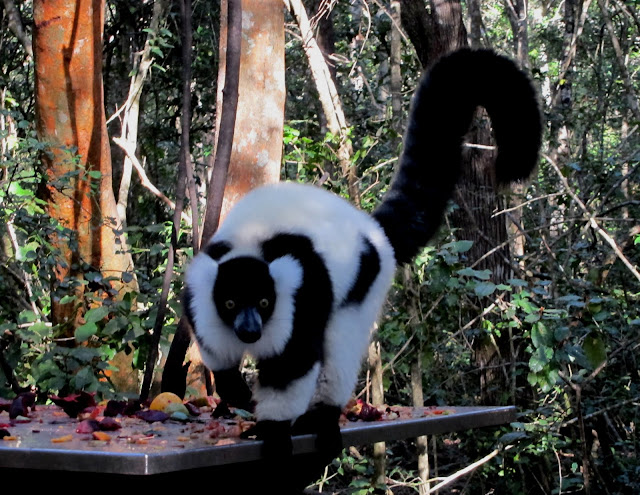 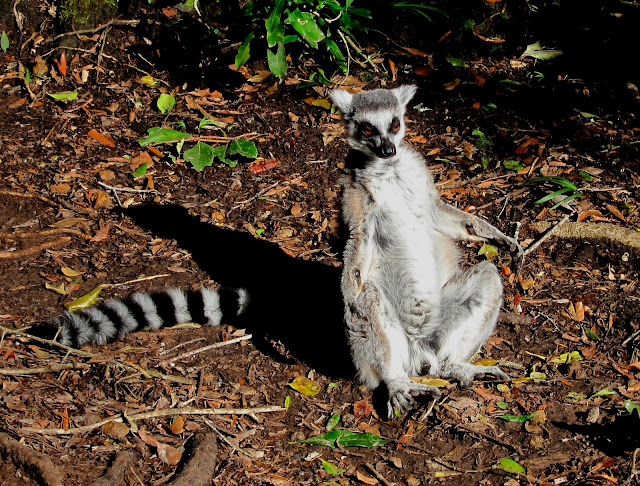 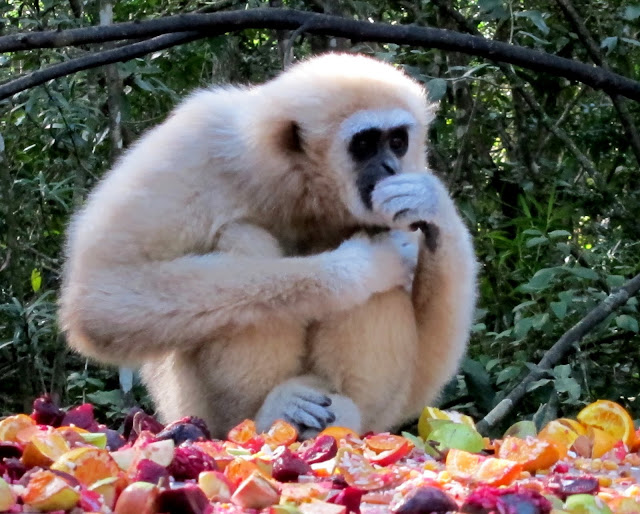 we laughed when we saw that the monkeys side with the Friedman boys as they too refused to eat the beets...LOL - the bananas went first and then various other fruits and sweet potatoes but no beets! 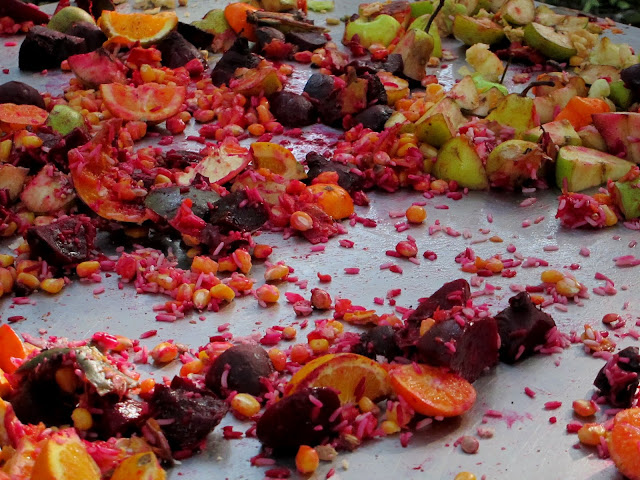 from there we went to the third preserve in the area - for Elephants- here we learned a whole lot about African elephants (I have ridden elephants in India x2, Thailand, Cambodia and Laos so we skipped the ride but opted for the walk with the elephants.)  walking with the elephants was waaay fun - you hold your palm up behind you and they rest their trunk in your hand and then you walk along with them. 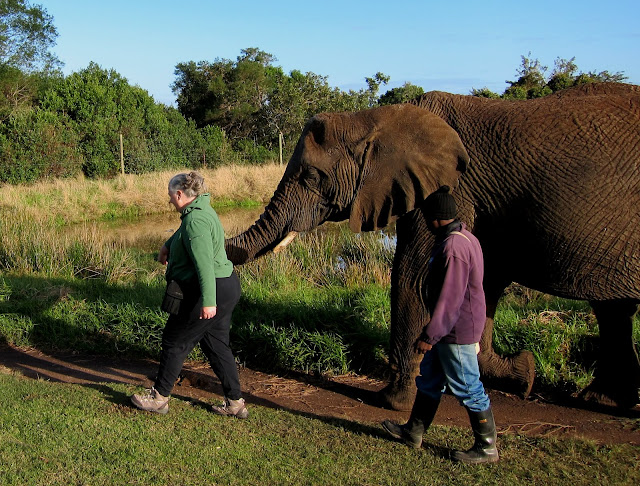 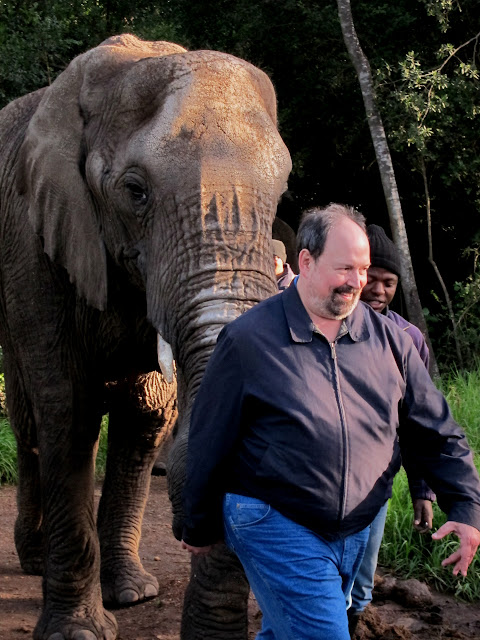 it was sooo fun and afterward we were able to touch the ears and the trunk and the tail and see inside their mouths to view their teeth.  along with being very educational - it was very fun to BE with these gentle giants up close and personal.  two of the elephants there were rejected by Krueger because they had been raised in someones back yard and two were there because they had been captured for the circus but whomever was arranging their shipment to some foreign land failed to get the correct papers and they were left at ORTambo airport until the Sanctuary could take them.  The total population there was five elephants.

after the elephants we headed back to our hotel and that is when we got the bad news of no Internet connection.  our room however - is lovely and overlooks a beautiful river that heads into the Indian Ocean. 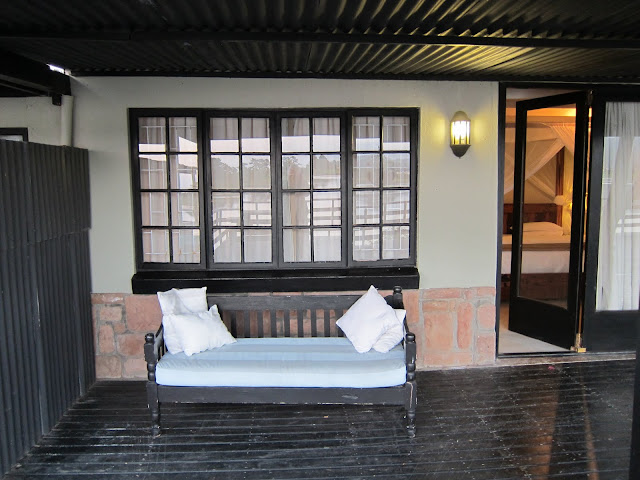 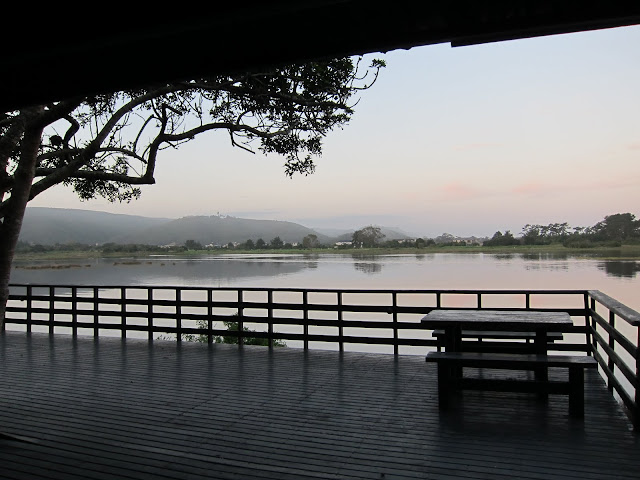 after a brief organizing stop we head into Plett (as it is called) to have dinner.  we chose the Med Grill where Phil had prawns for starter and I had the most tender snails I have ever eaten.  then for dinner I had a pasta dish and Phil had duck. 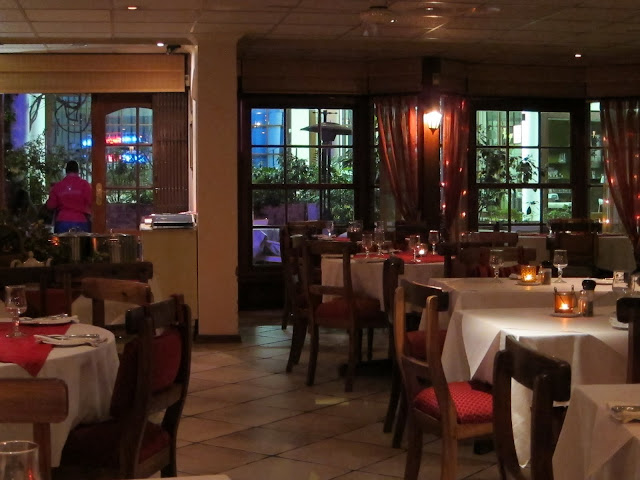 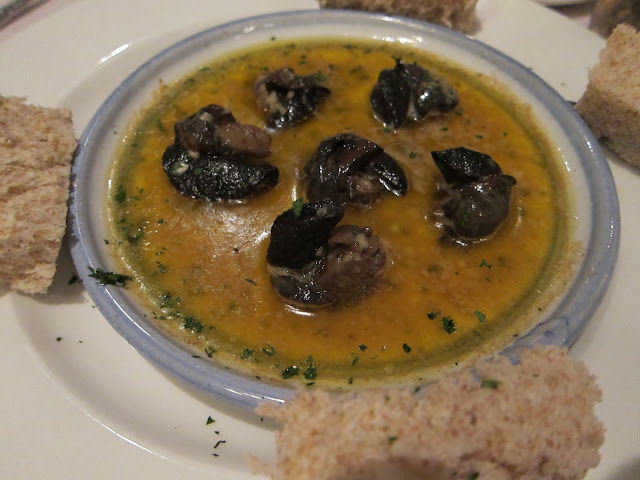 we returned to the hotel - where there was a beautiful full moon on the river - and the next morning a nice sunrise from over the mountains reflecting on the same river. 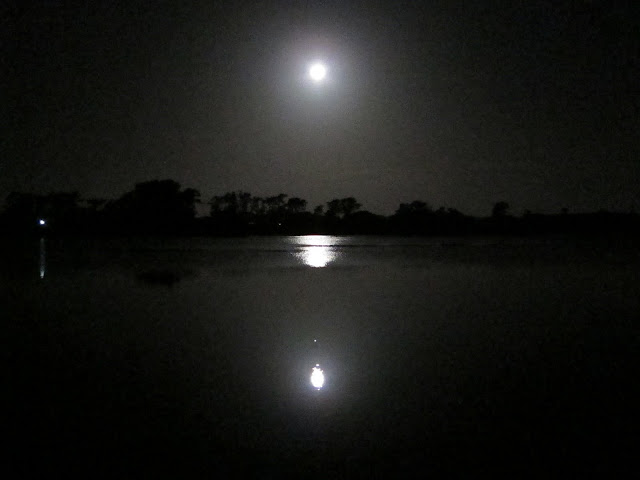 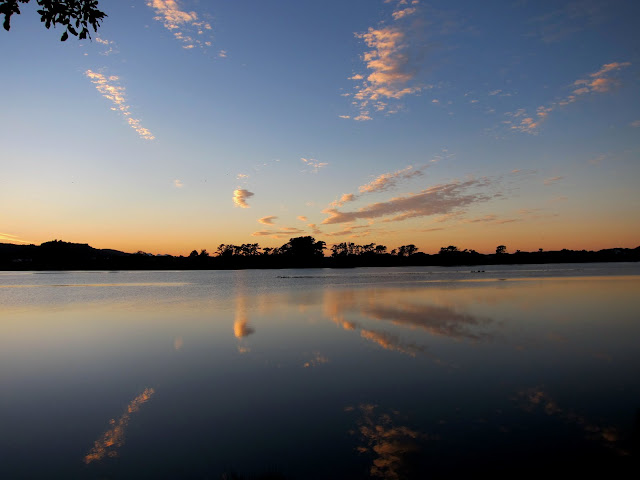 tomorrow (today now) we have to return to George and get our flight to Jo-burg which is where we are now.  on the way back west we stopped in Knysna for a short walk and then at two stops along the Indian Ocean - one right on the beach and another overlooking the surf from the cliffs above.  we were early for our flight and so we got an earlier plane. 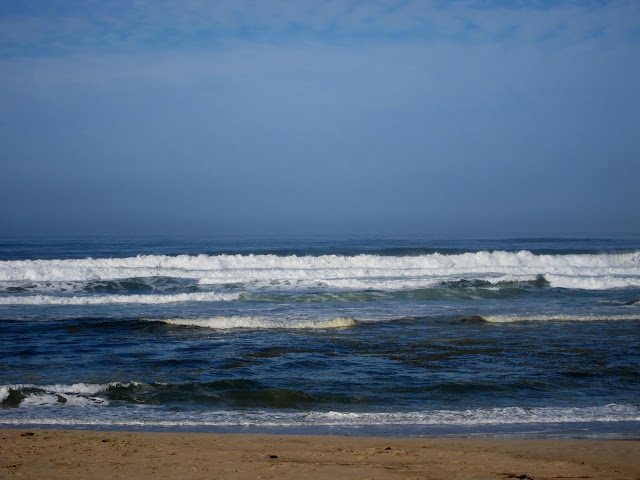 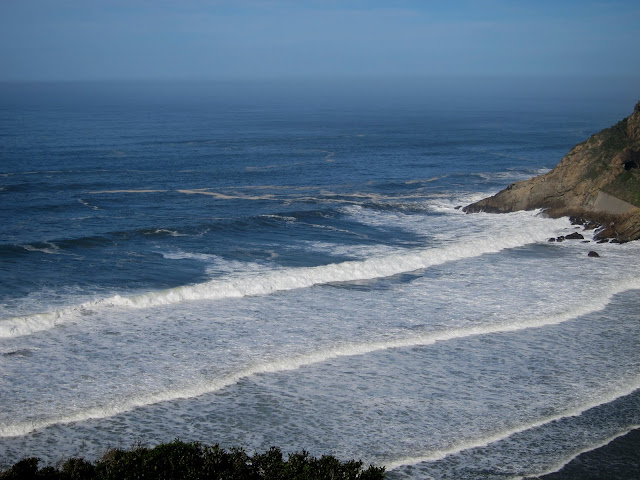 I will get time to do one more post before we are off line for 12 to 14 days... tomorrow night after our township tour and after we meet six others from our group of 14 total with us... the other six have been on the pre trip to Kruger National park.  we decided that three nights each at four camps would be enough nature for us LOL.
Posted by TOR at 11:31 AM