the same deal as the last post about the photos- maybe we will get lucky - who knows?

so today we weren't quite as lucky on the weather and it was raining quite heavily this morning.  so we decided to go to the District 6 Museum which is a museum about the destructive forces of apartheid.which is explored through one neighborhood (District 6) which was ordered to be whites only and suffered the forcible removal of - in this order blacks then Hindu, Muslim and Jewish immigrants along with colored (mixed race) and other artist and leftist who lived together quite peaceably in the neighborhood.

this happened from 1906 through the 1960s and at that point the neighborhood was demolished. later when Mandela became president they repatriated some of the residents and have been building housing in the razed area for those few who are still living who had lost their homes. 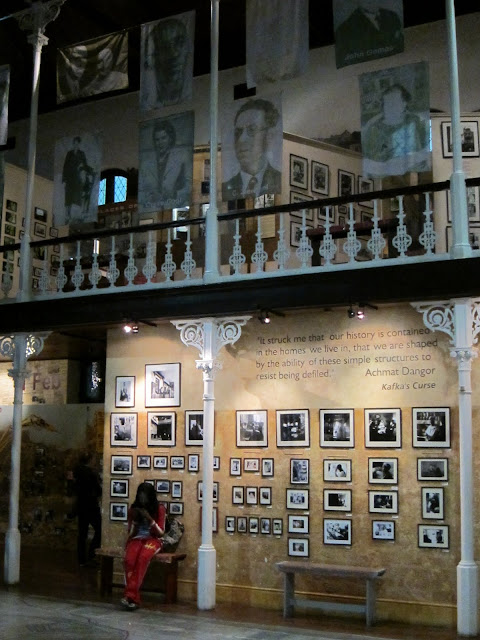 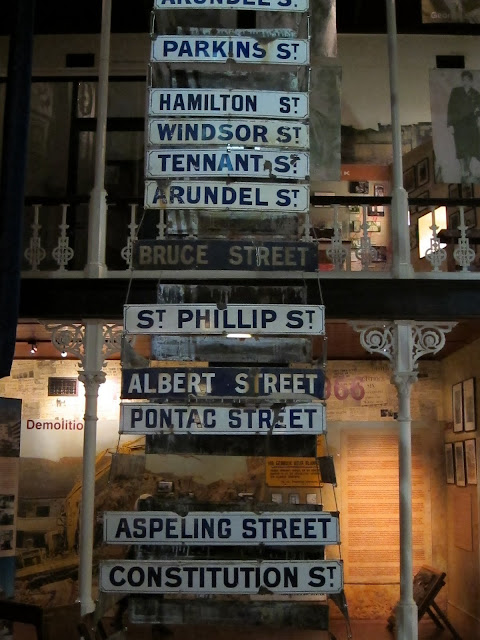 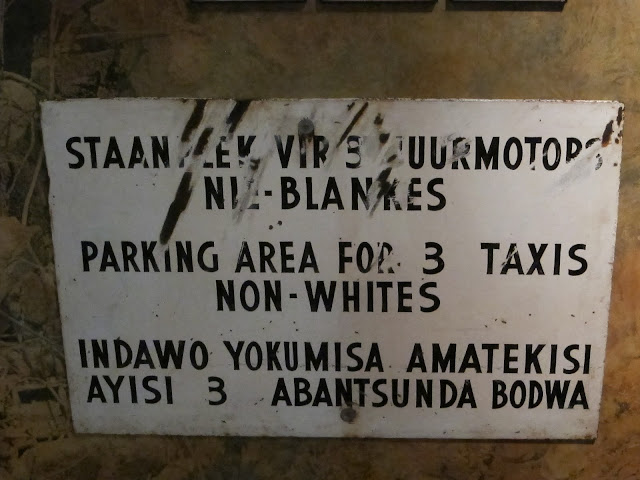 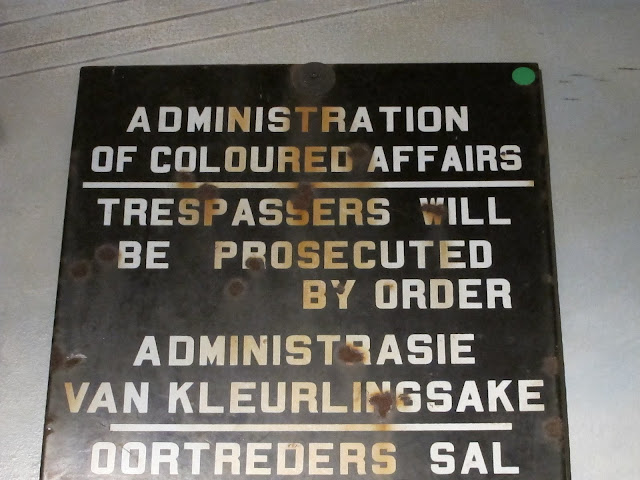 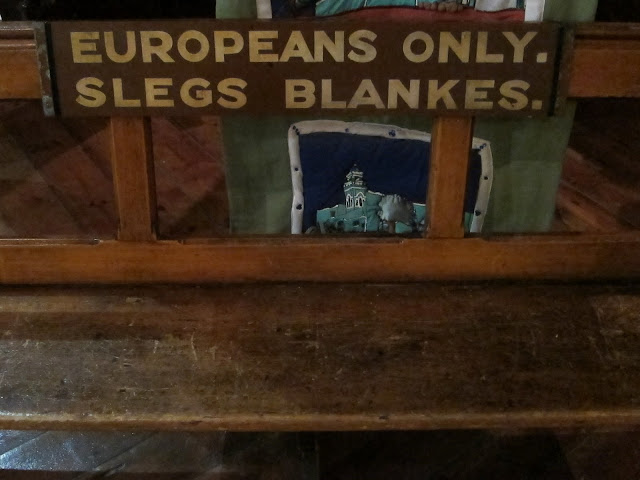 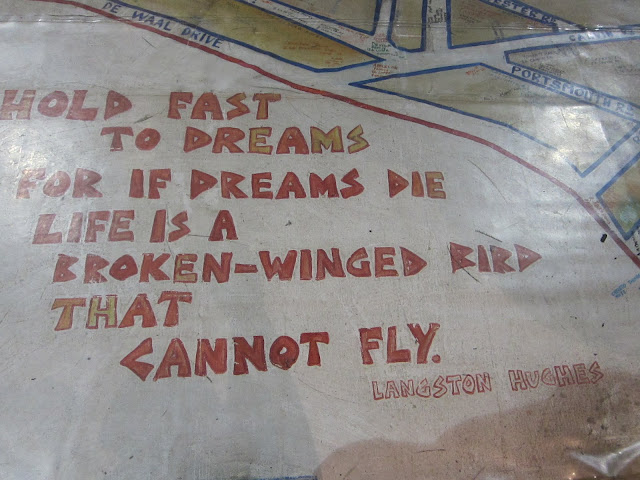 afterward we went to change some money and then went to the Castle of Good Hope to tour the fortress there.  it was the typical fortress- dungeon - torture chamber and barracks tour.  we had lunch there and walked across the city back to our hotel as it had stopped raining but the mountain was still completely shrouded in clouds. 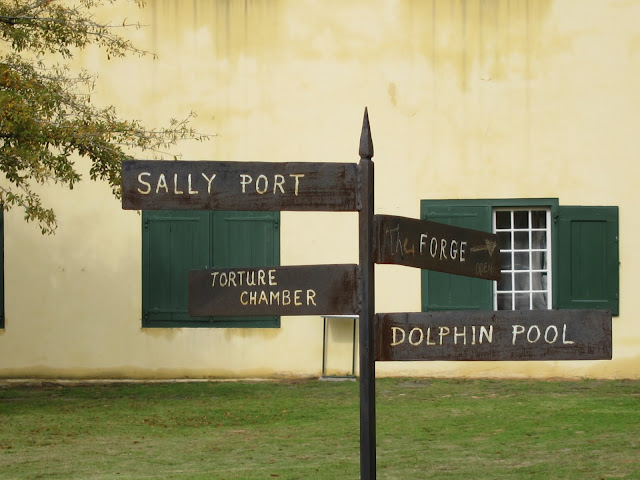 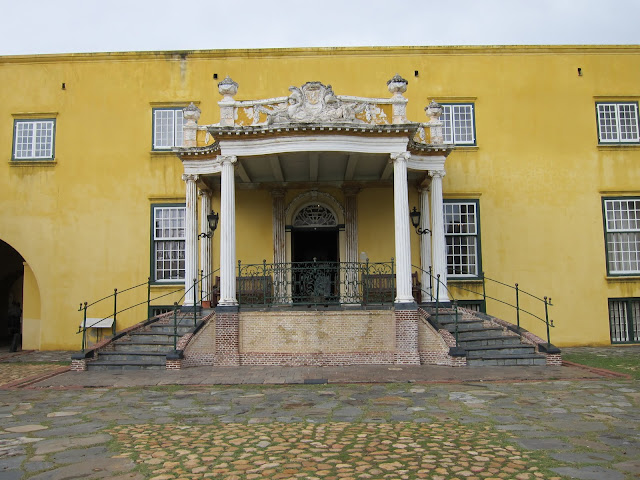 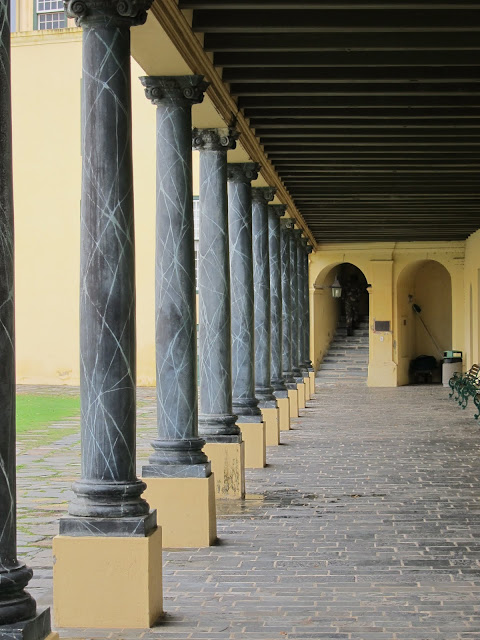 a quiet afternoon getting the first blog entry up and organizing luggage- we leave tomorrow for the Garden Route and fly to George mid day.

Dinner was at Savoy Cabbage one of the top places in the city and it was FABULOUS!  I started with the olive and feta tart and then had "the three little pigs" as the main.  by far - by FAR the best pork chop I have ever eaten.  the three ways were chop - loin and belly and each was amazing as was the dab of date butter that the dish was served with.

we will definitely want to return there on our way back through here in three weeks.

and to round out the entry here are some photos from our breakfast room: 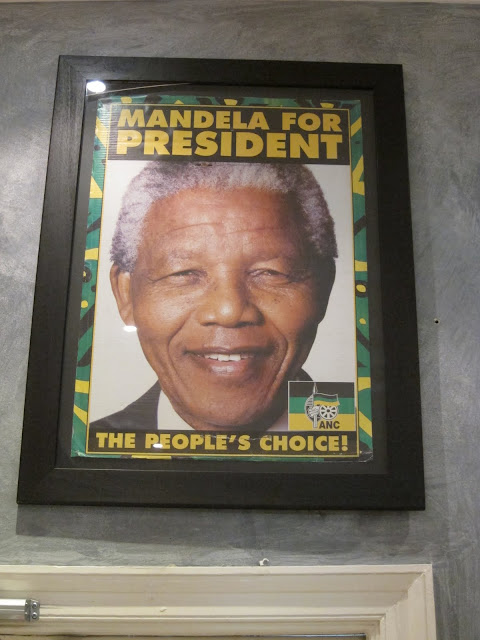 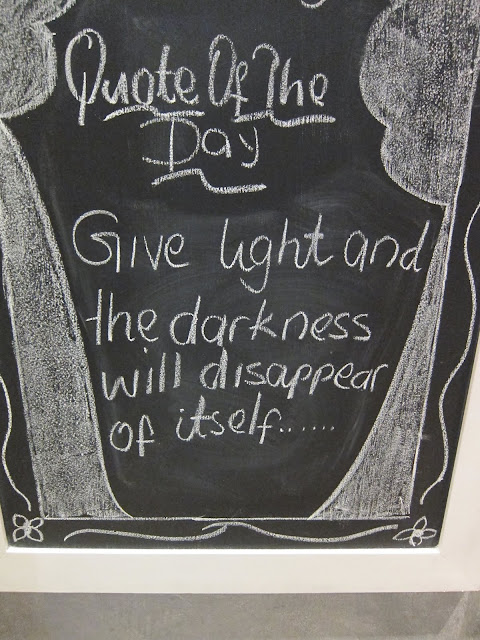