so on the afternoon of our arrival in Marrakech we made an executive decision to change the gardens on our itinerary to the Majorelle Gardens.  I had seen them in 2000 when I last visited but they had been extensively replanted since the death of Yves St. Laurent (who lived in a villa there and owned them)

here is a little blurb about them from the brochure- 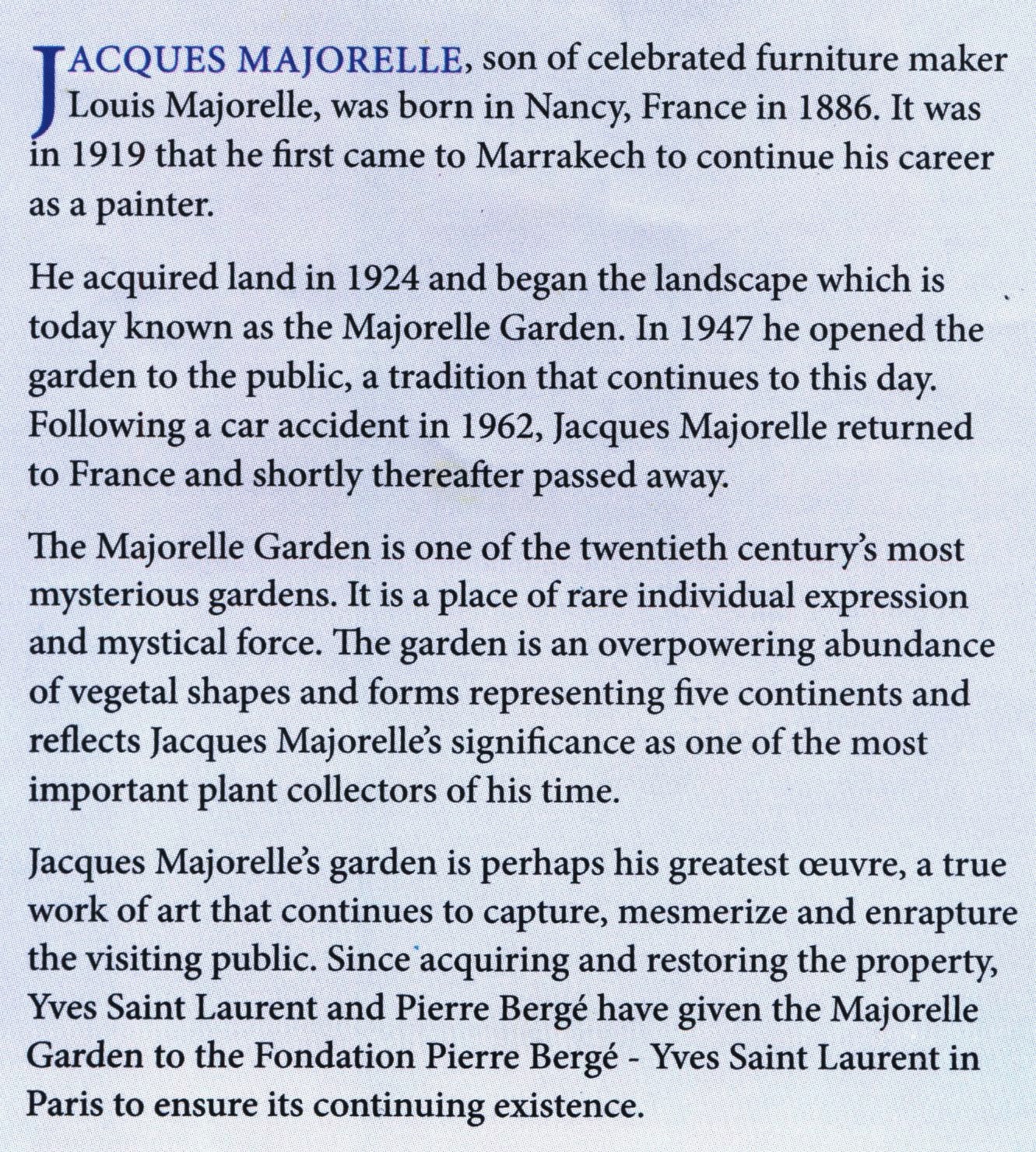 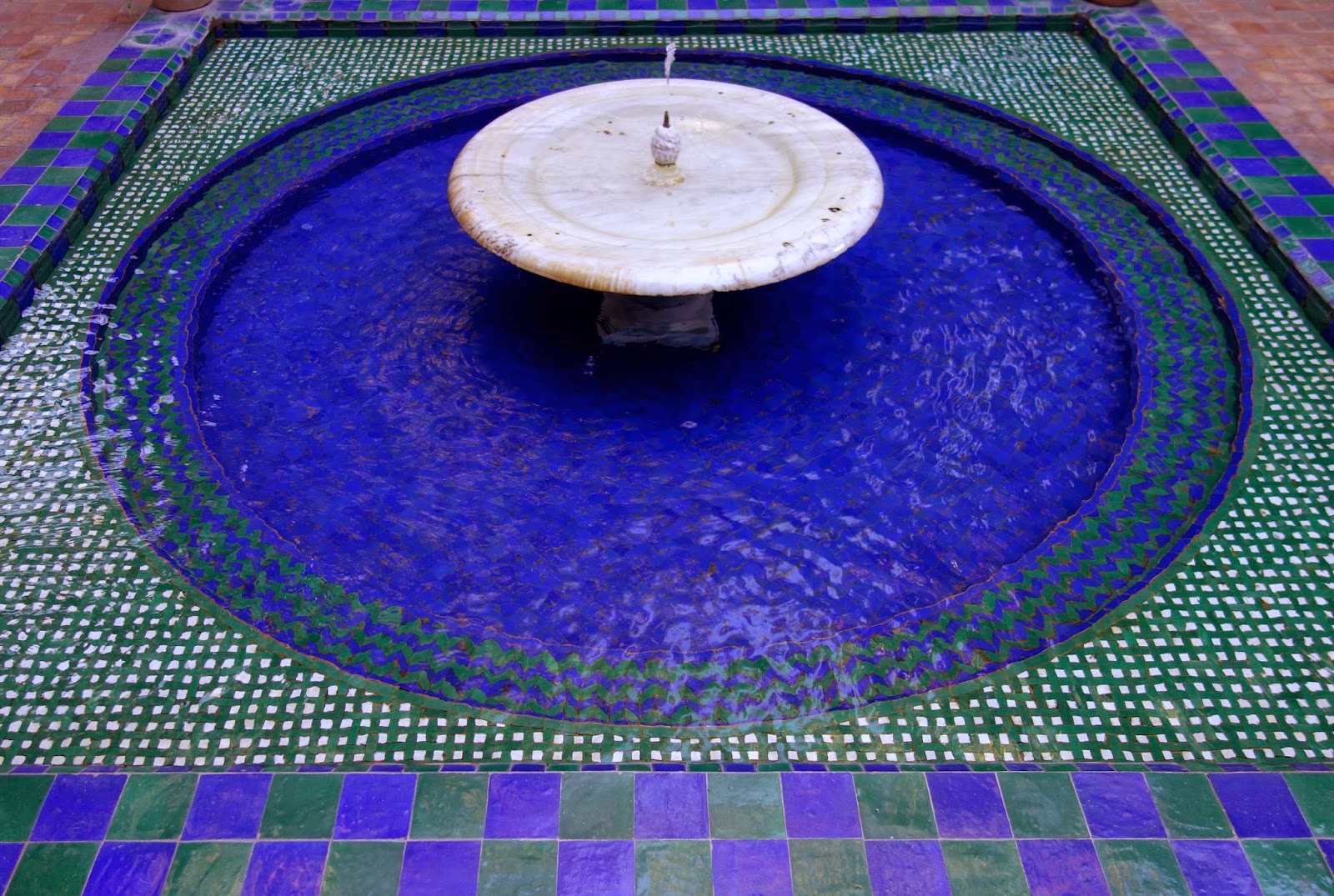 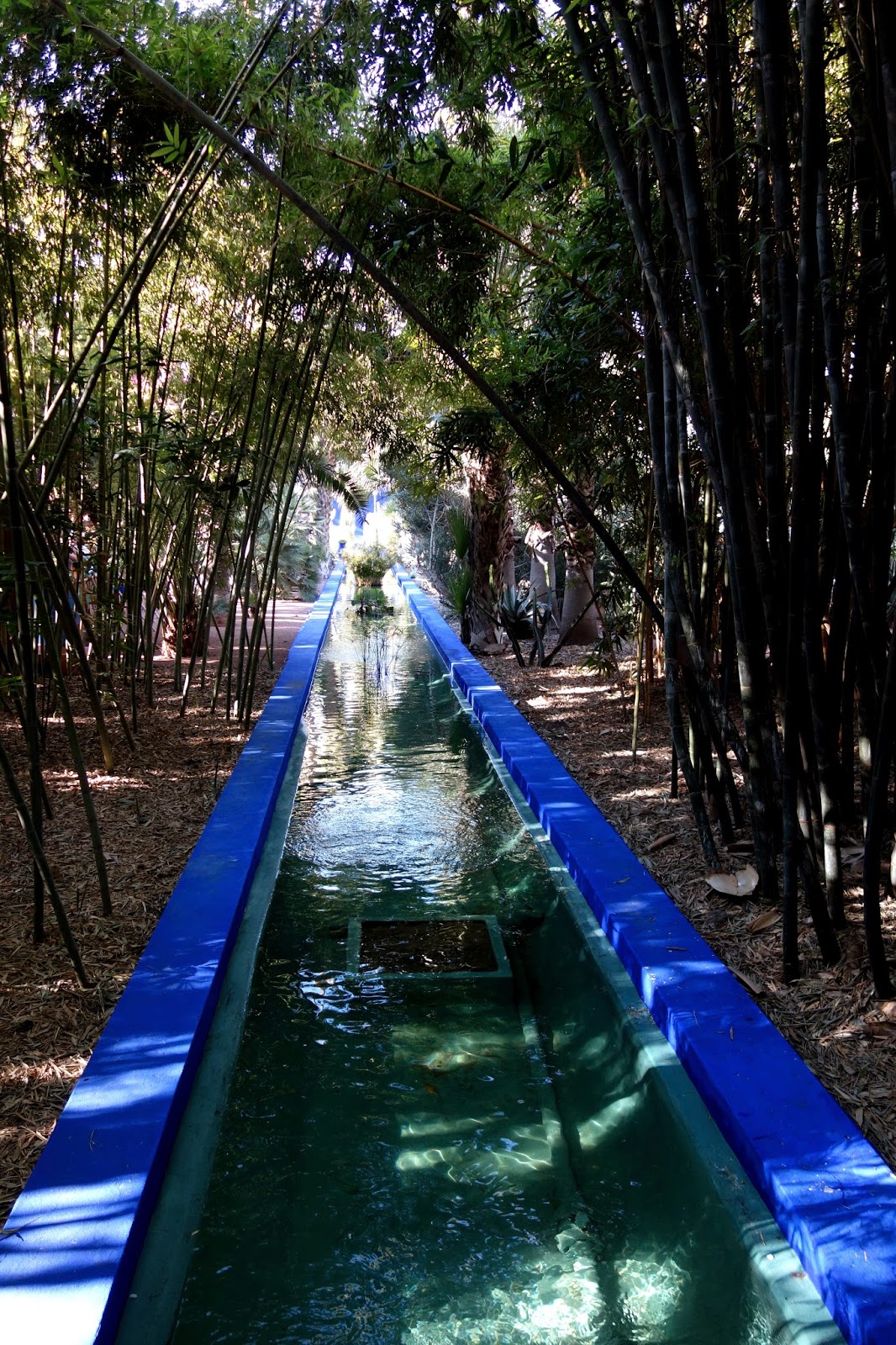 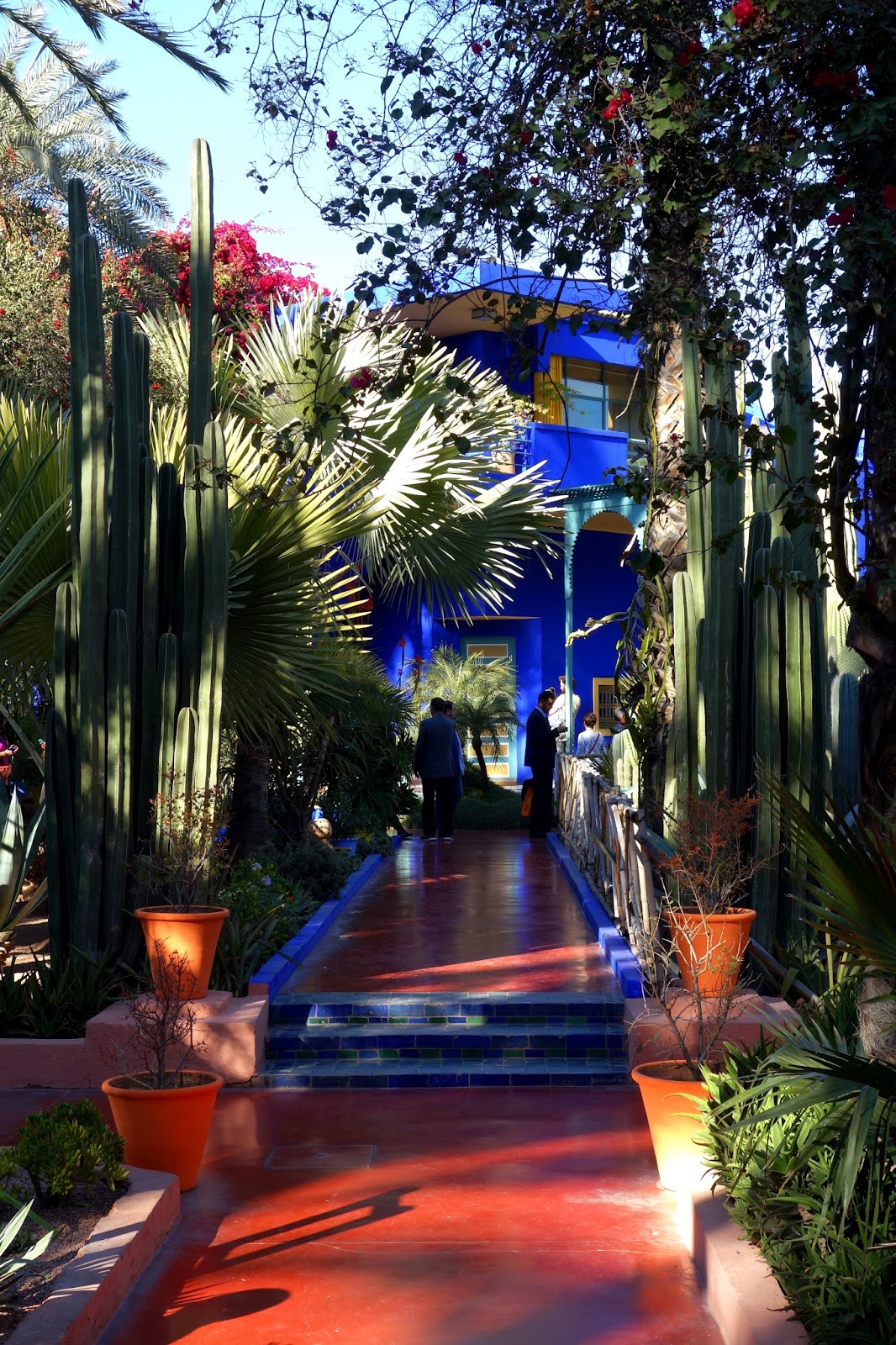 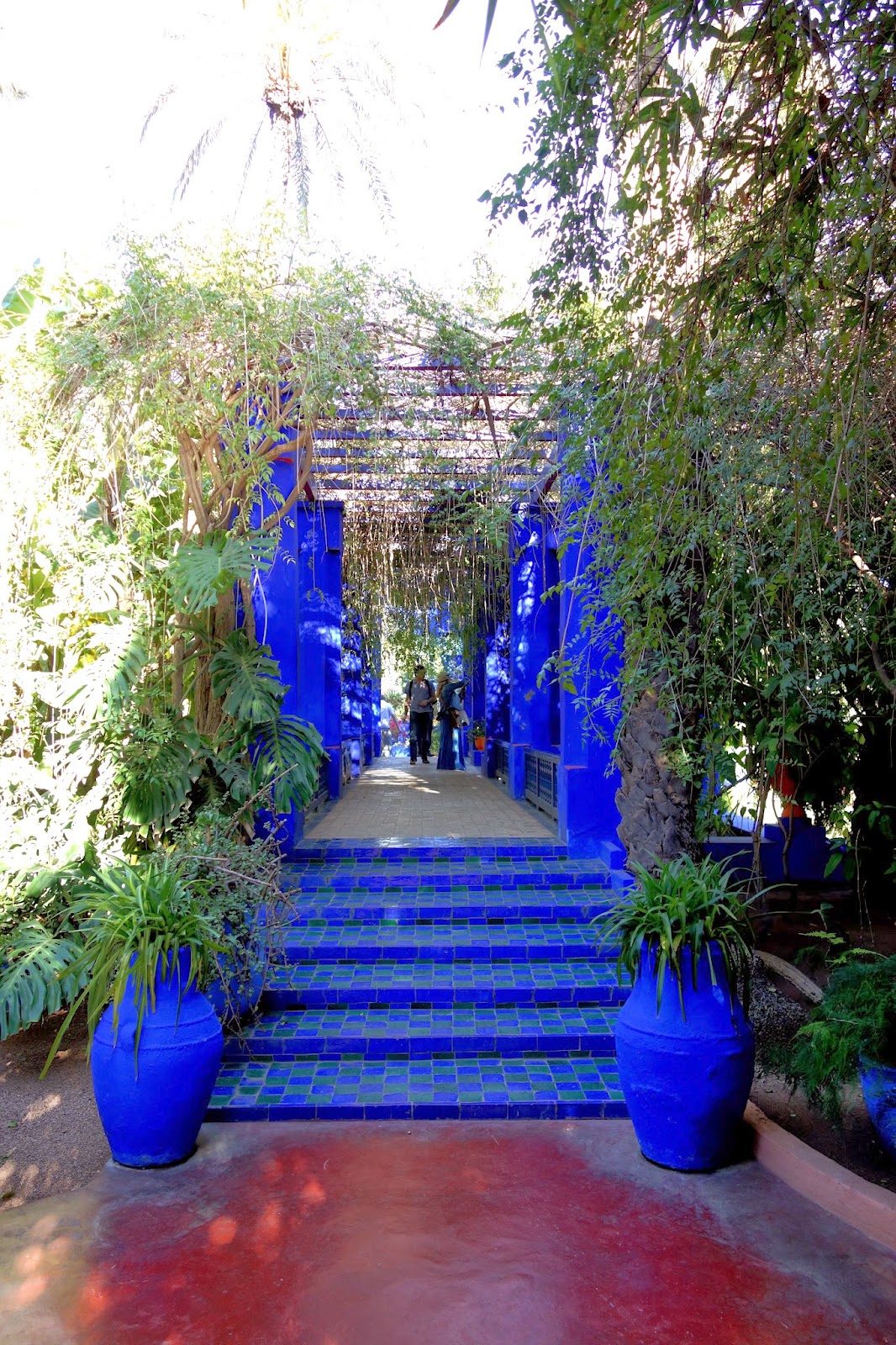 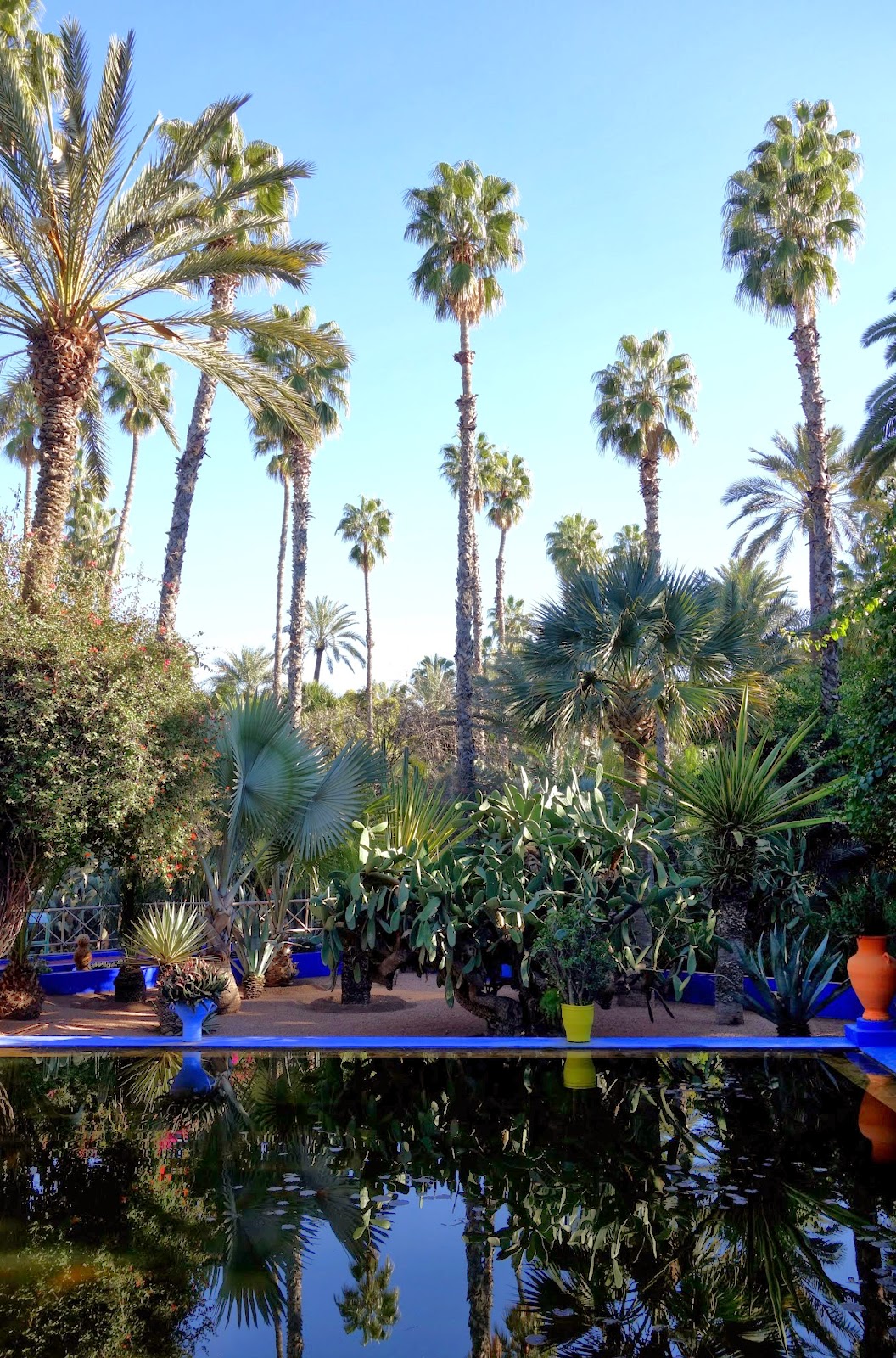 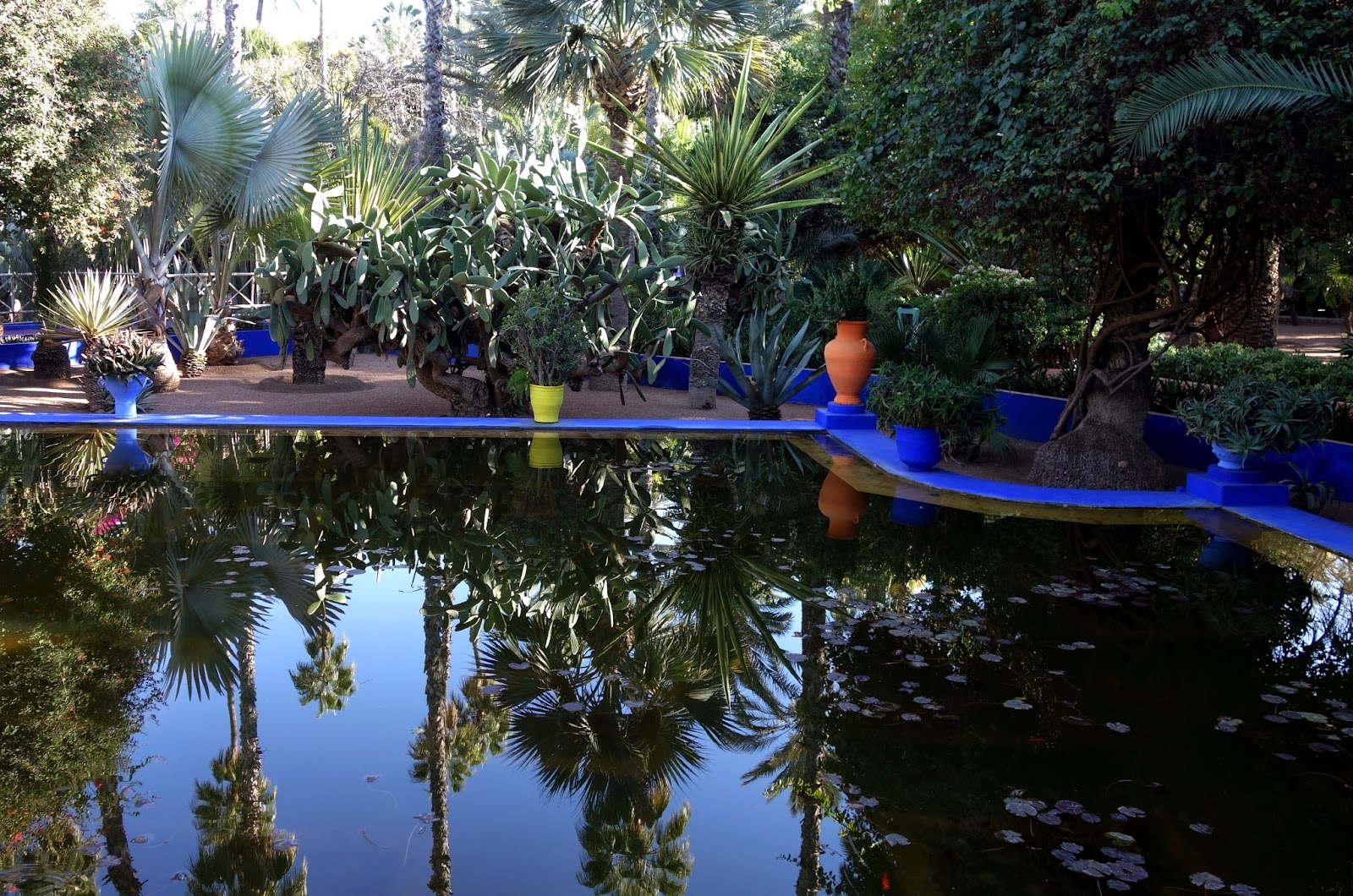 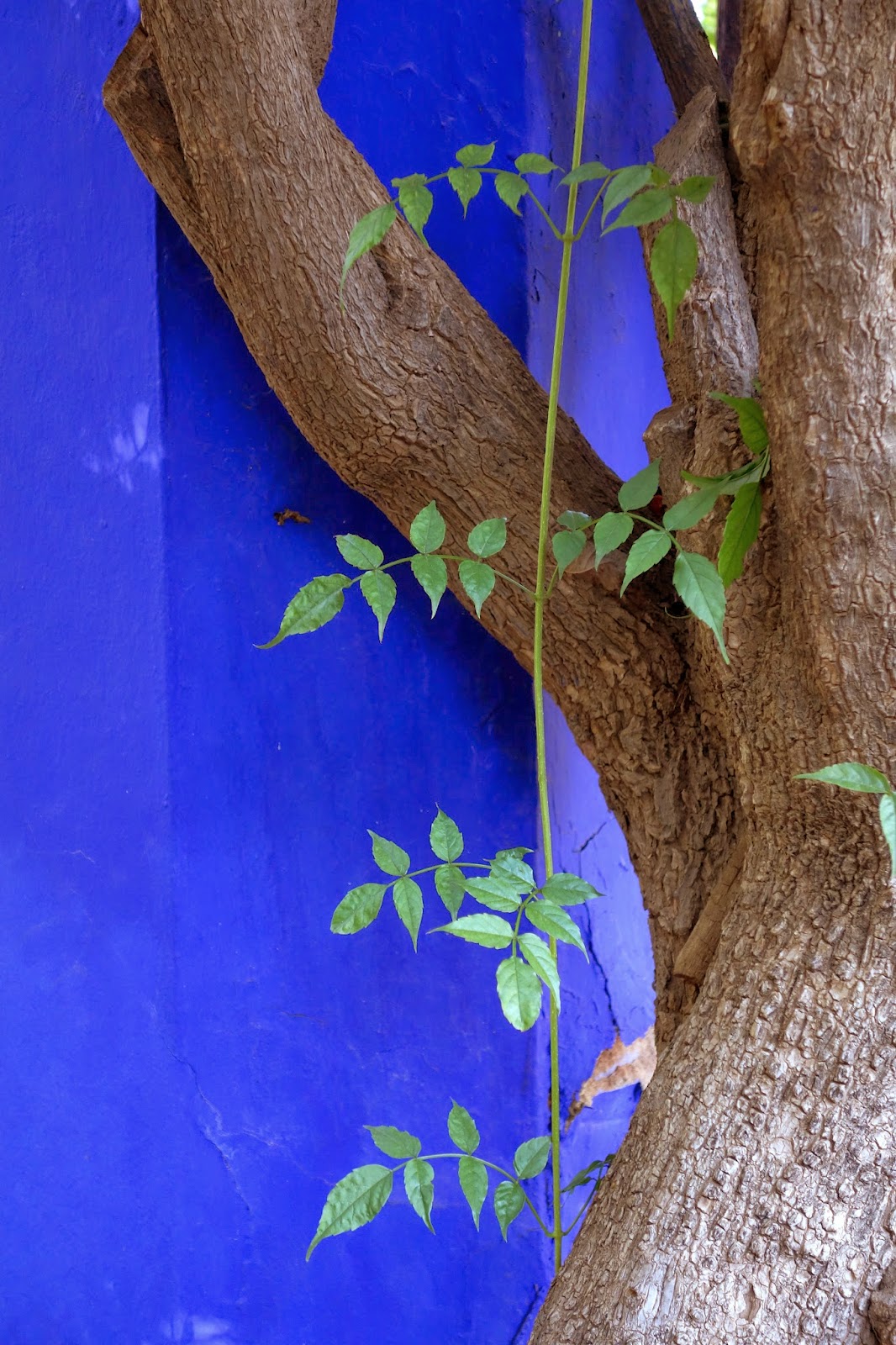 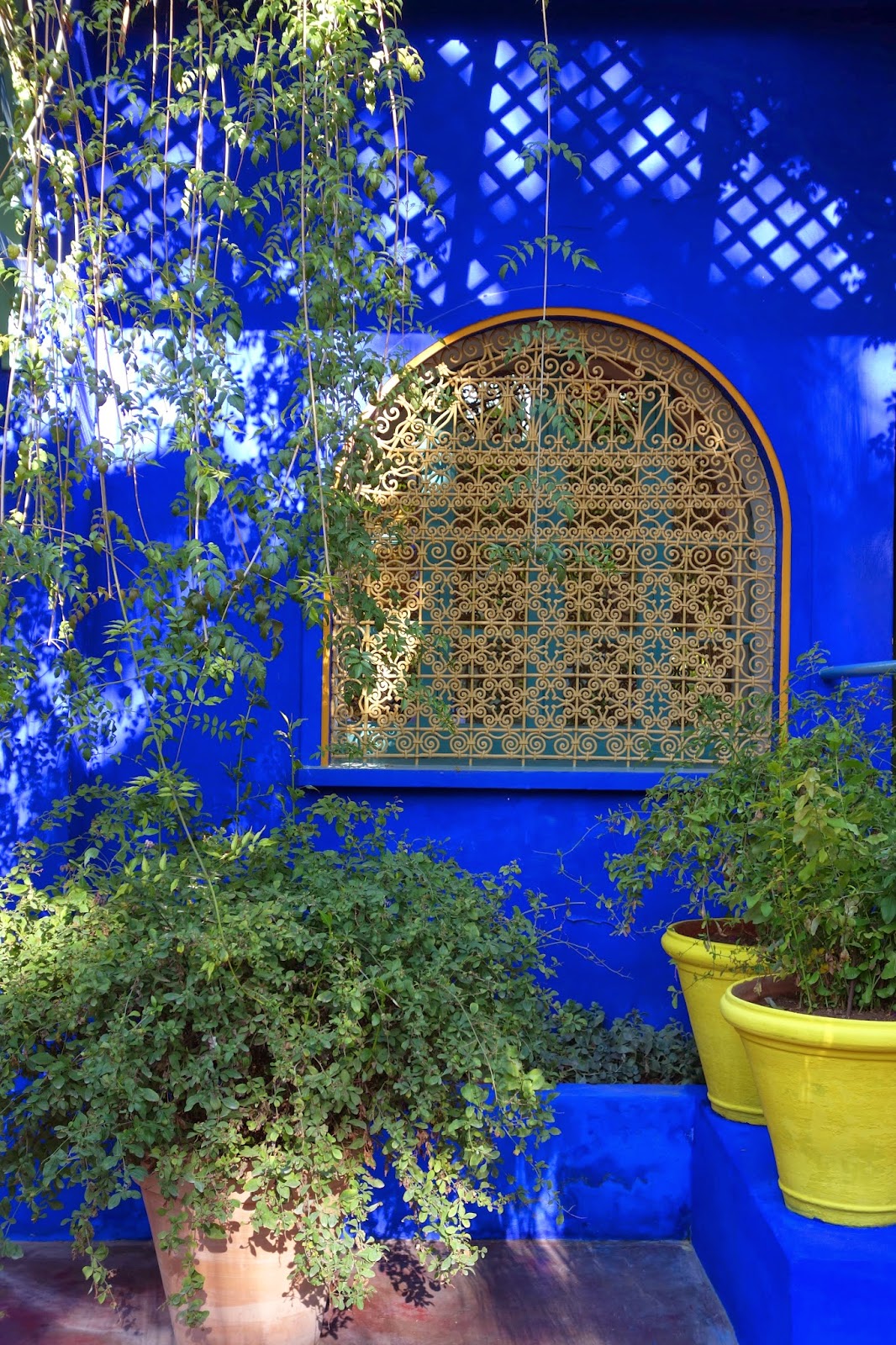 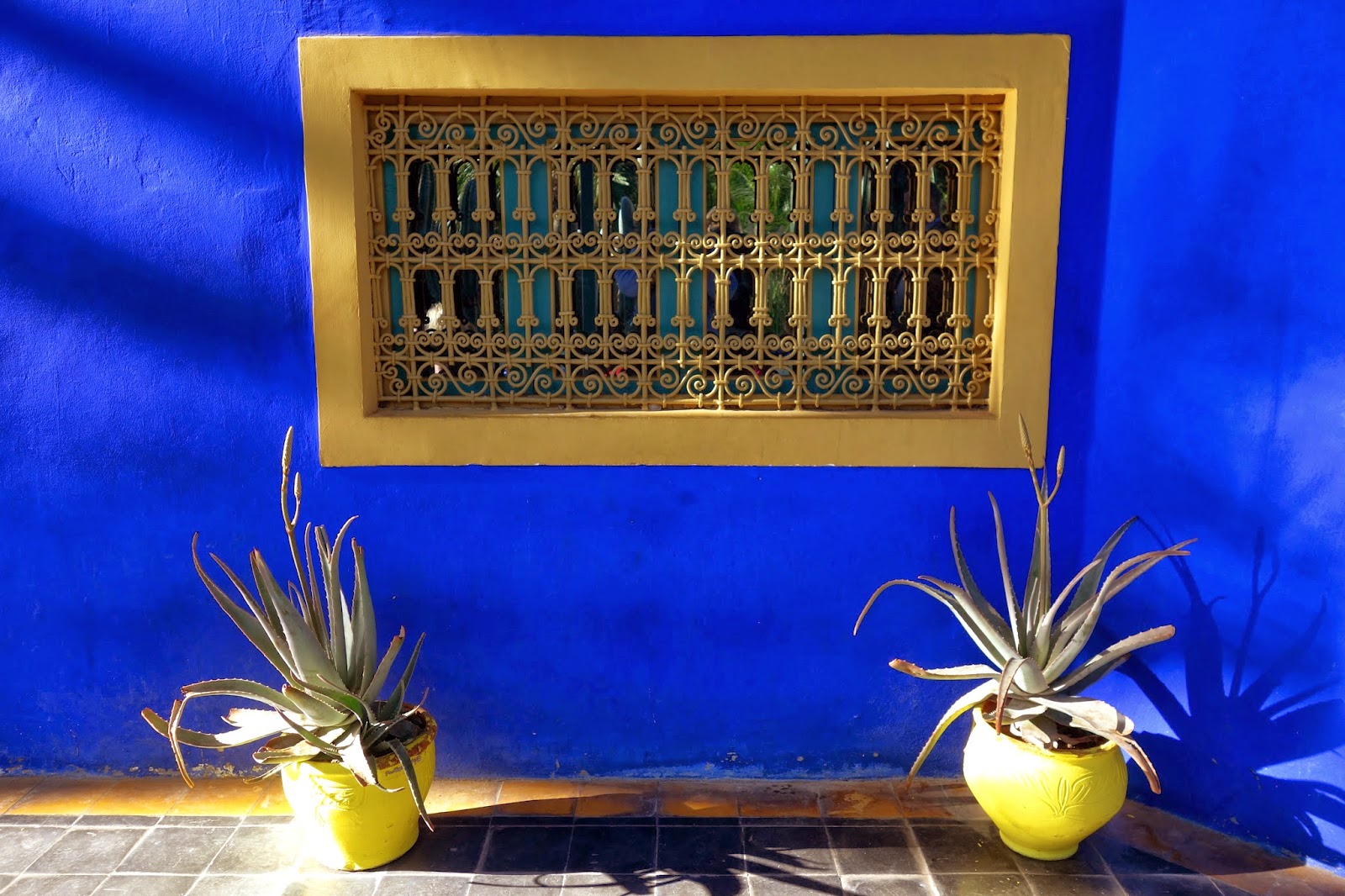 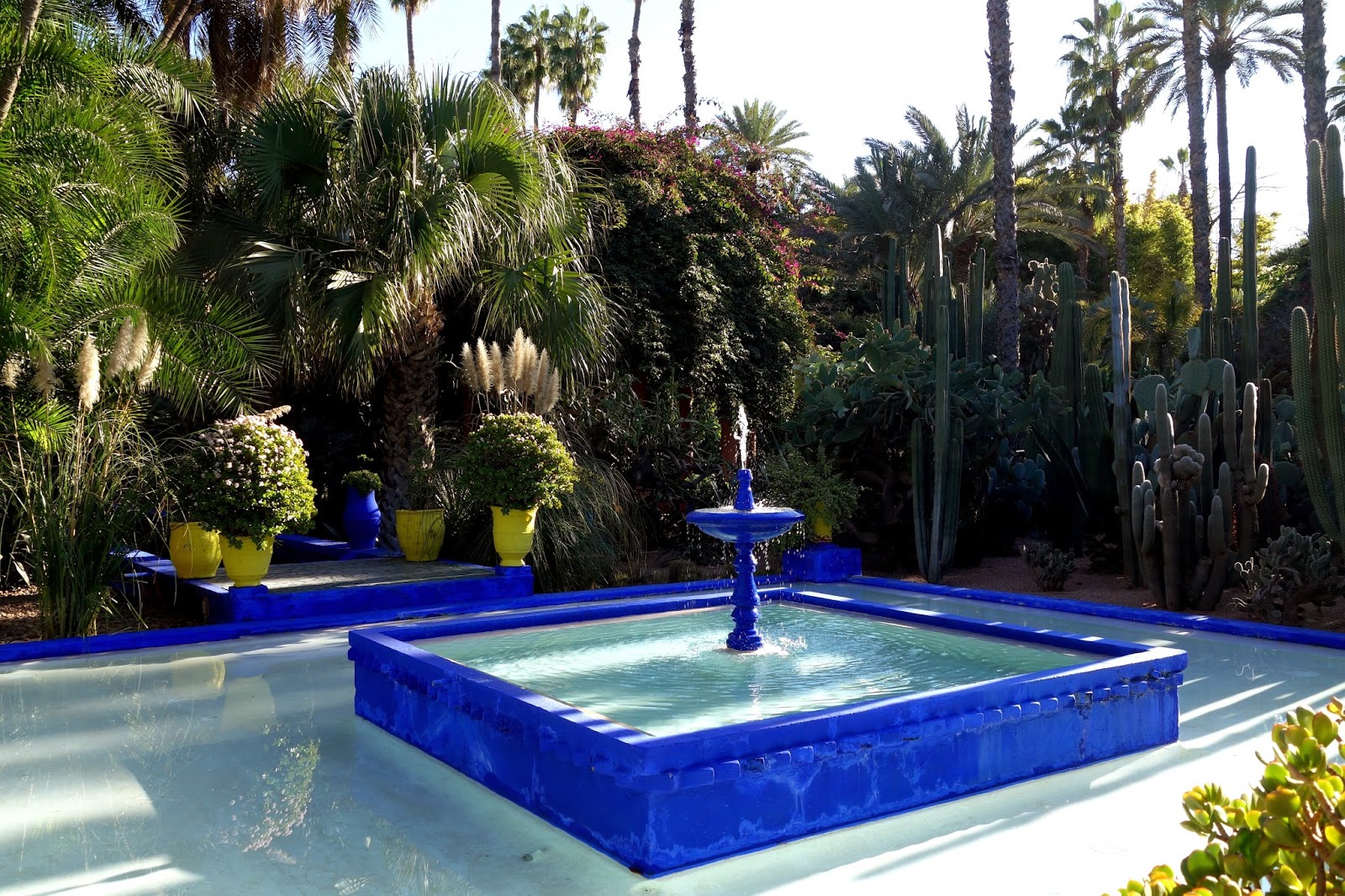 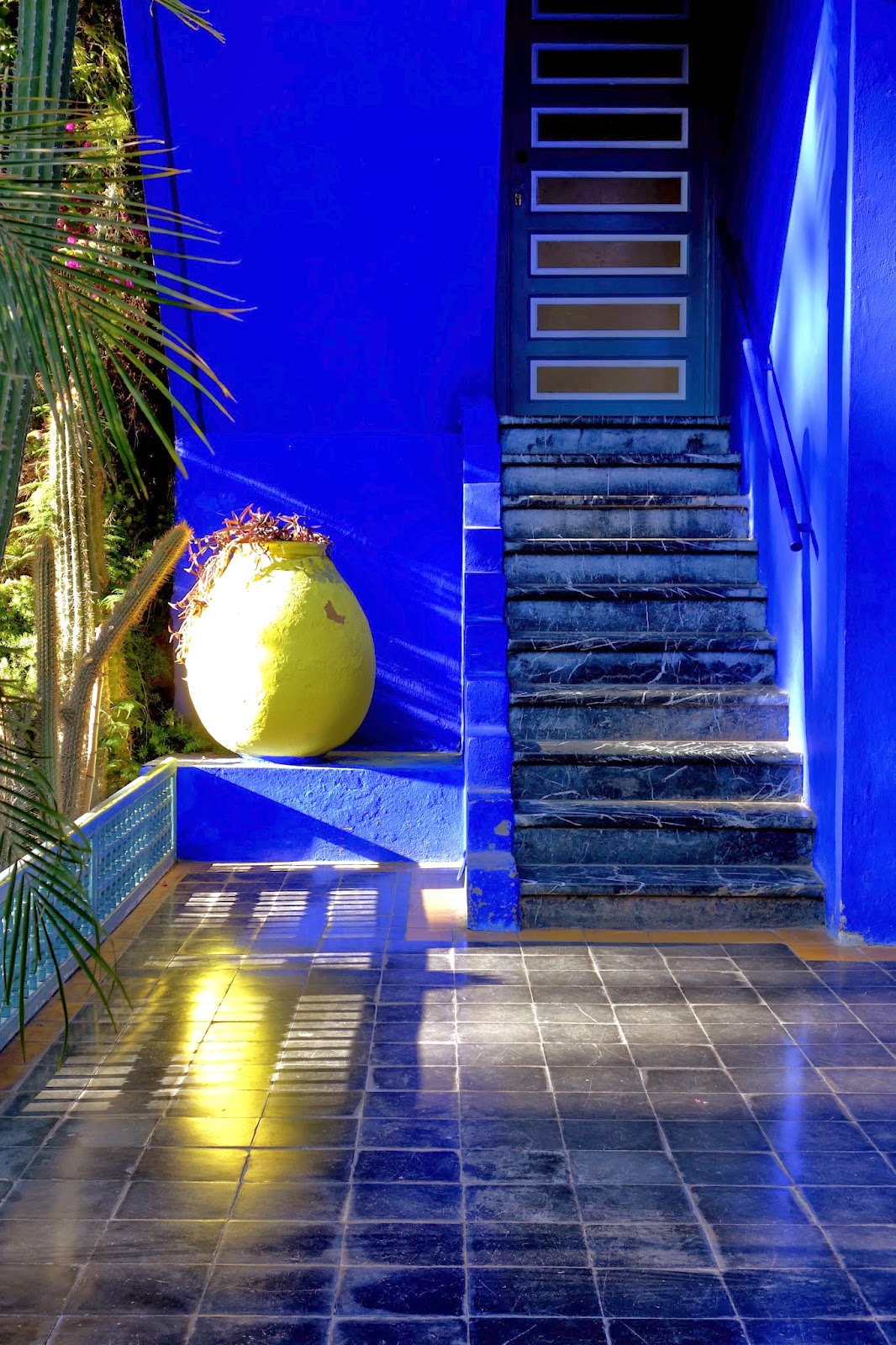 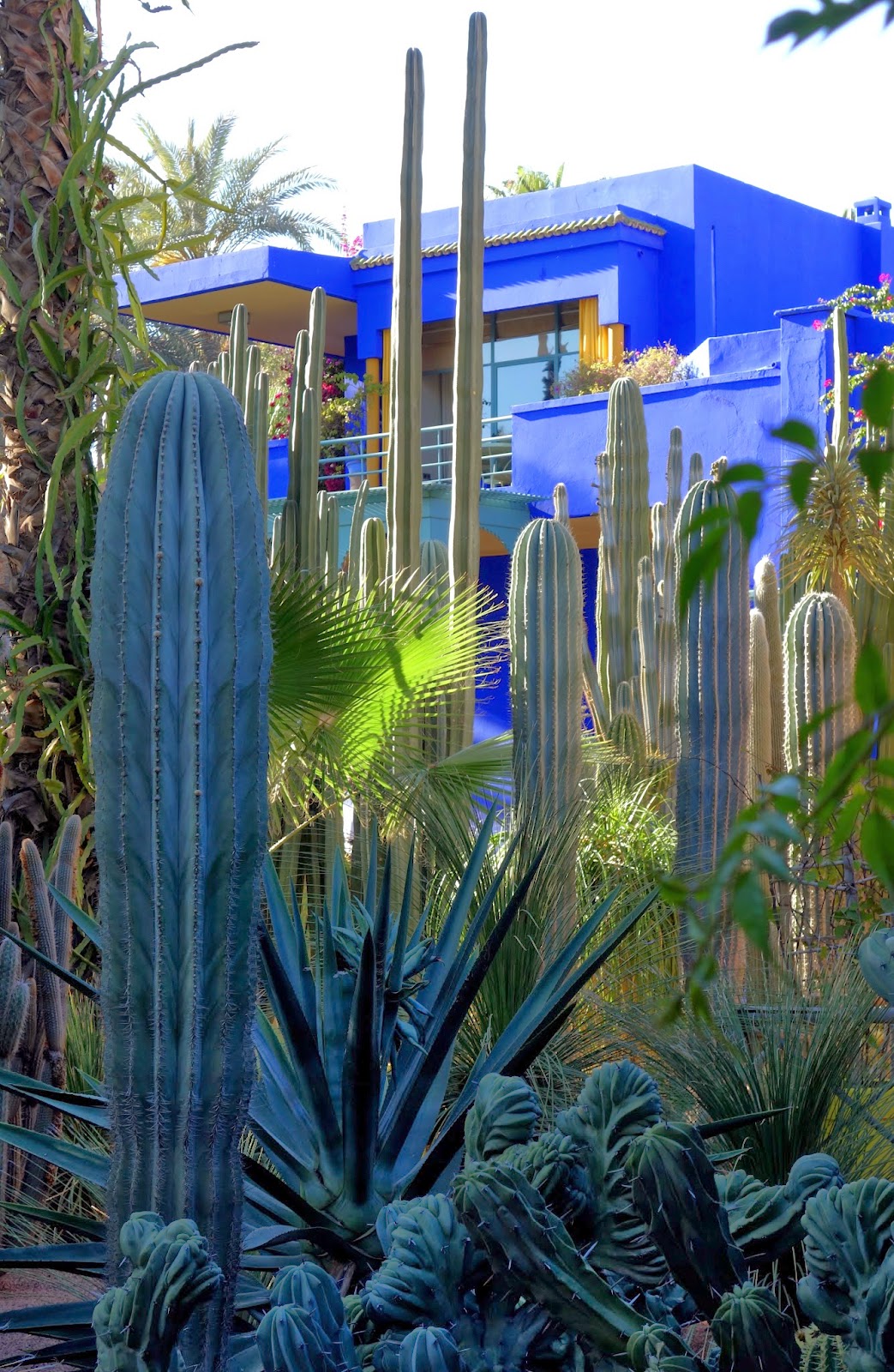 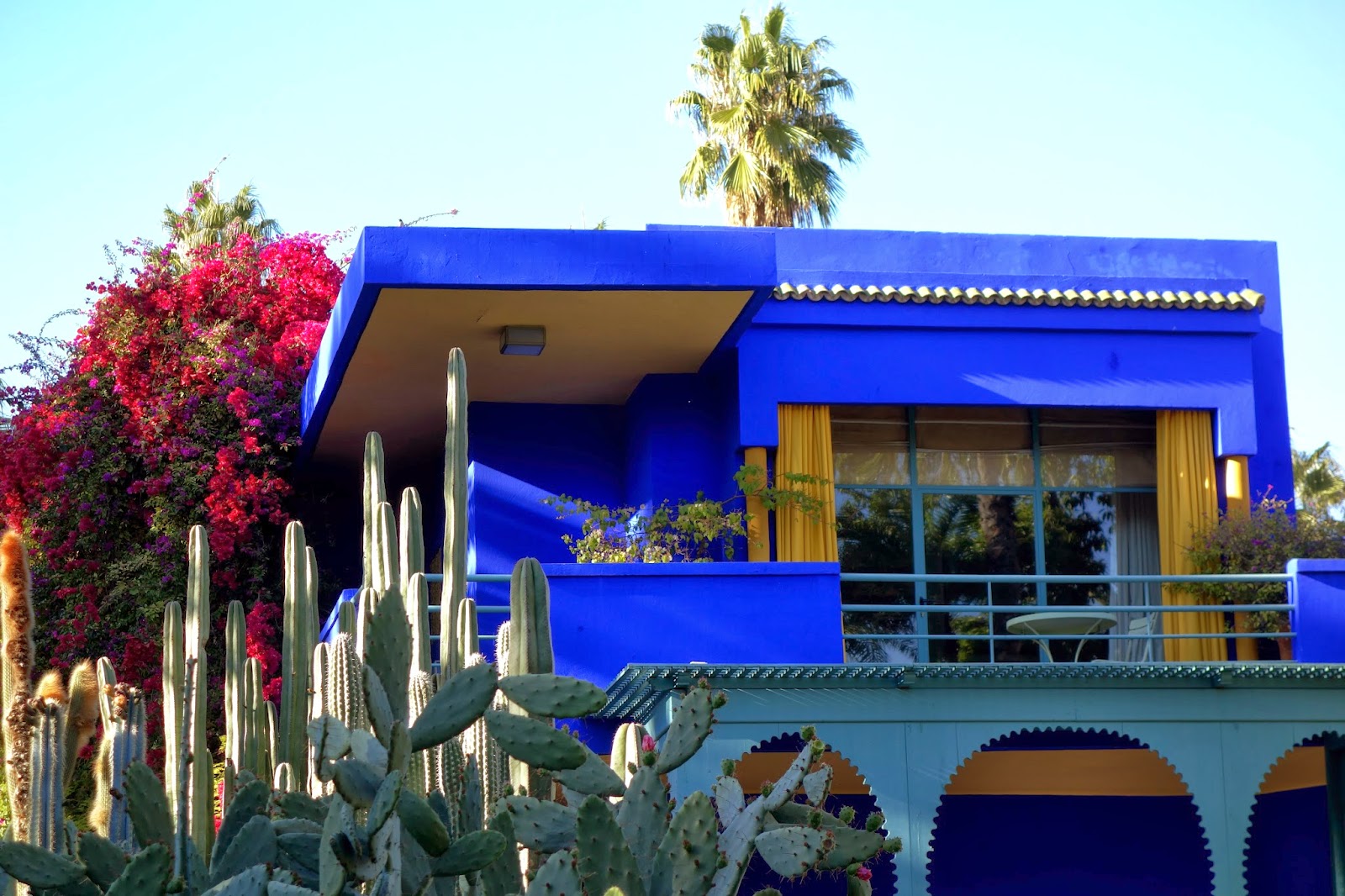 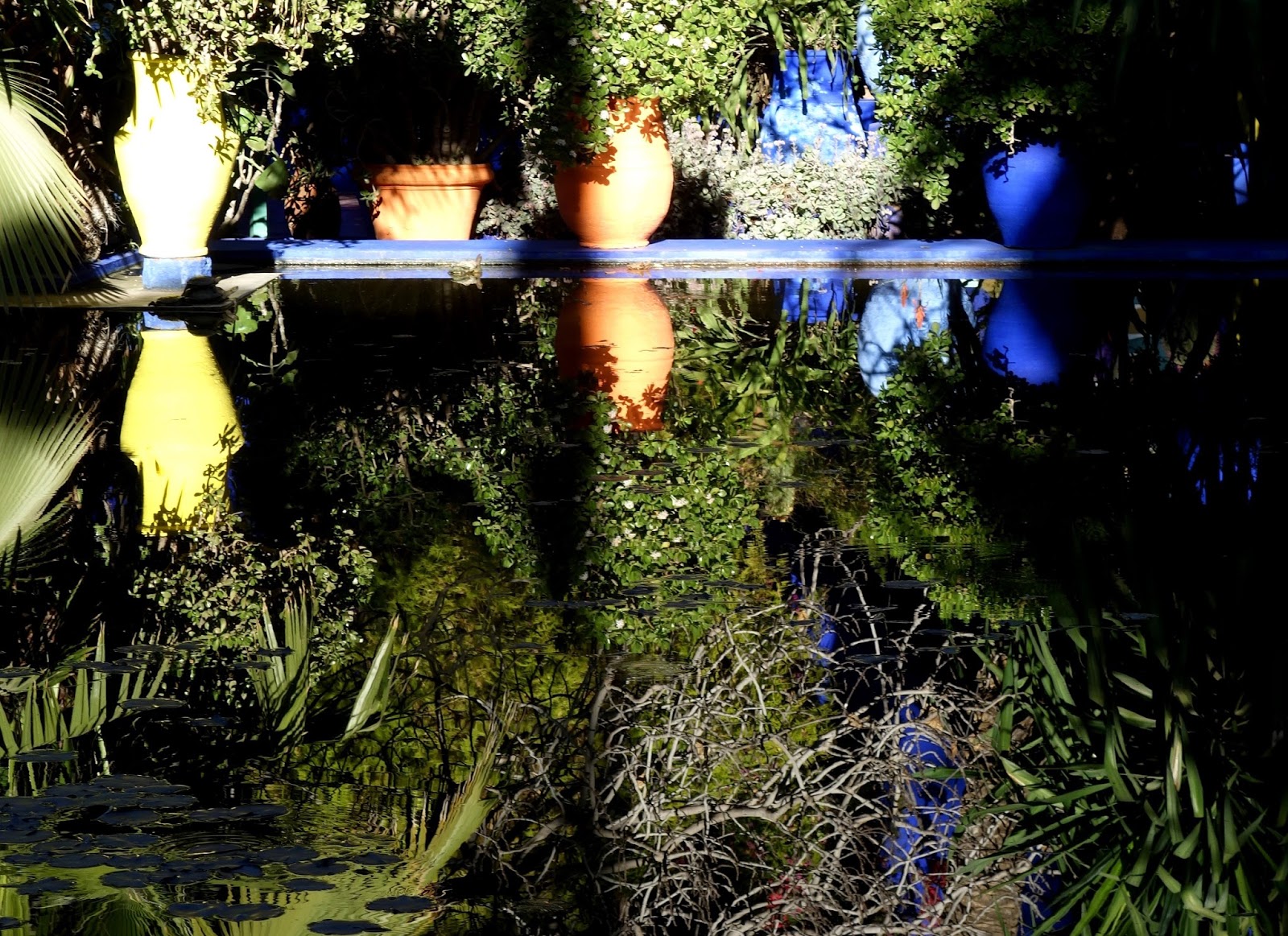 LOL - to say that it is blue is an understatement....there are other colors there as well but blue is dominant - 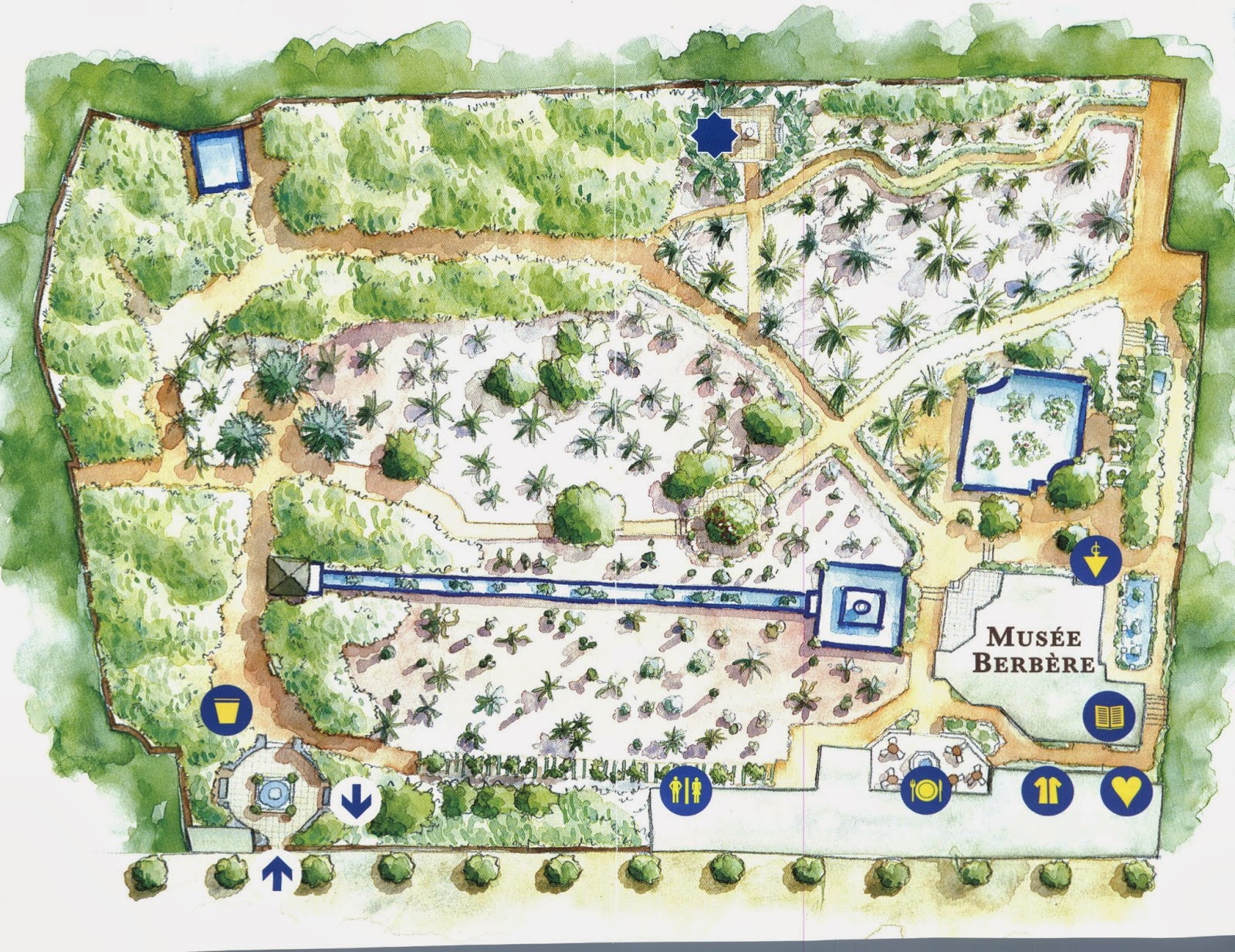 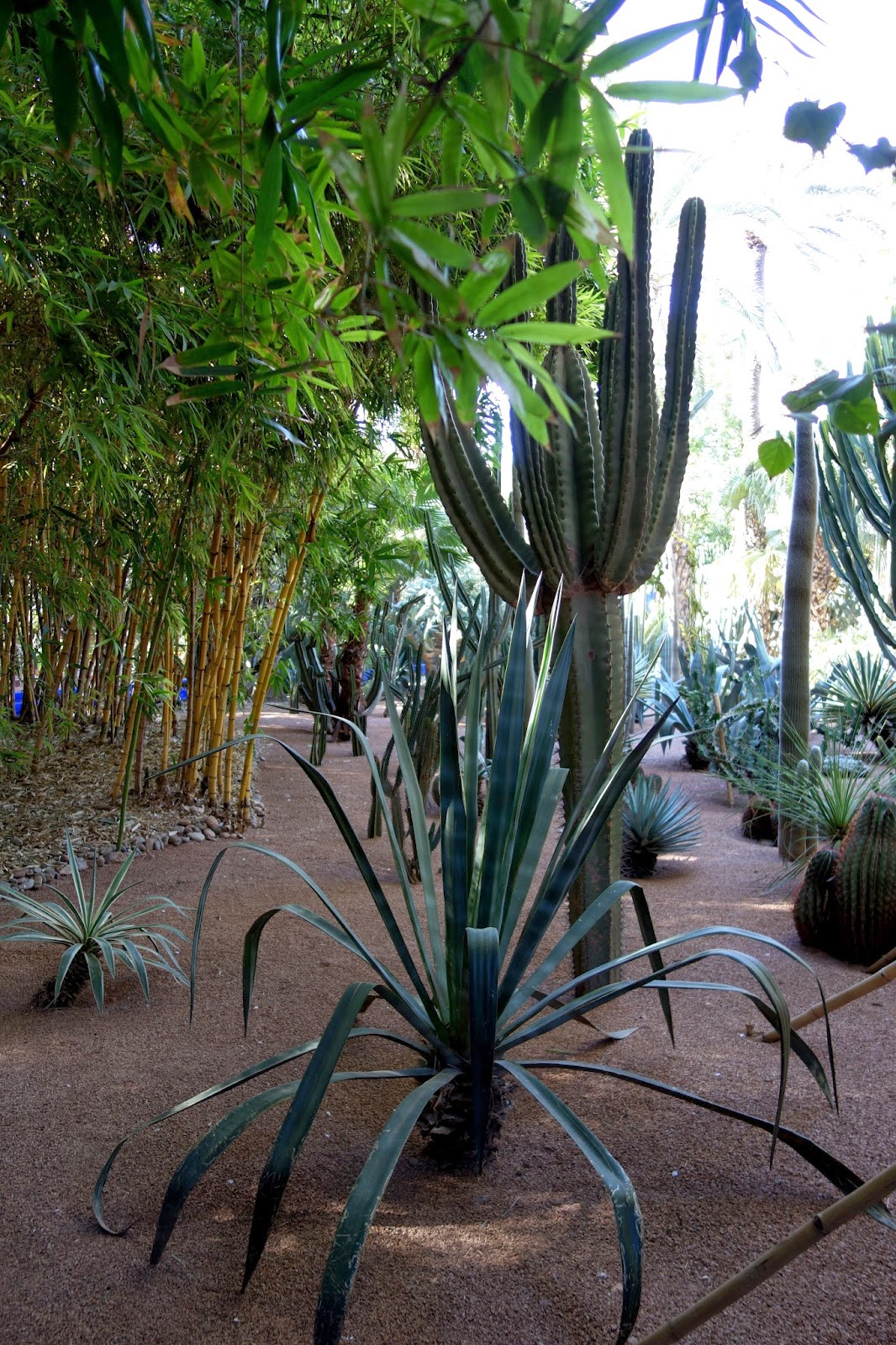 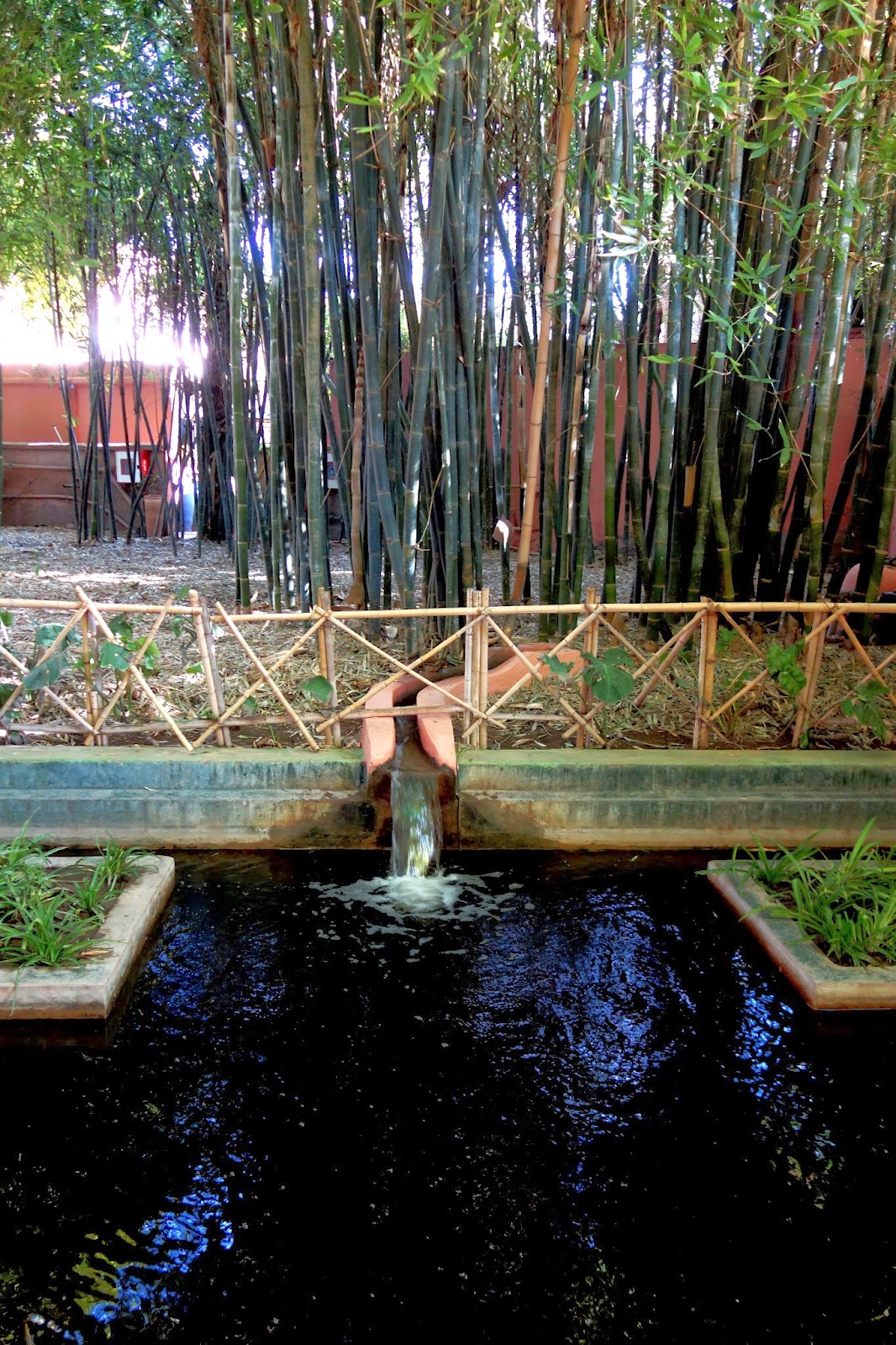 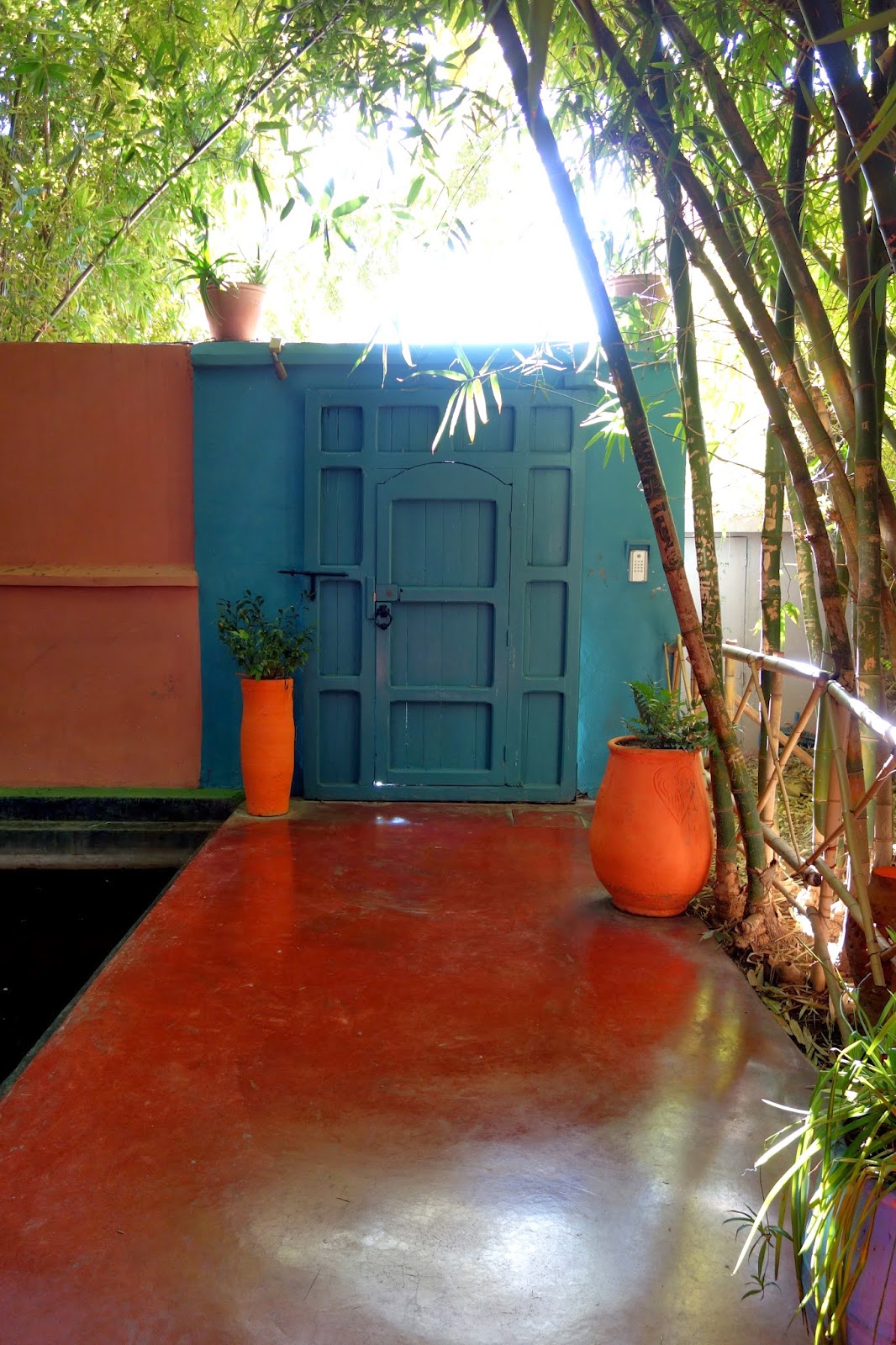 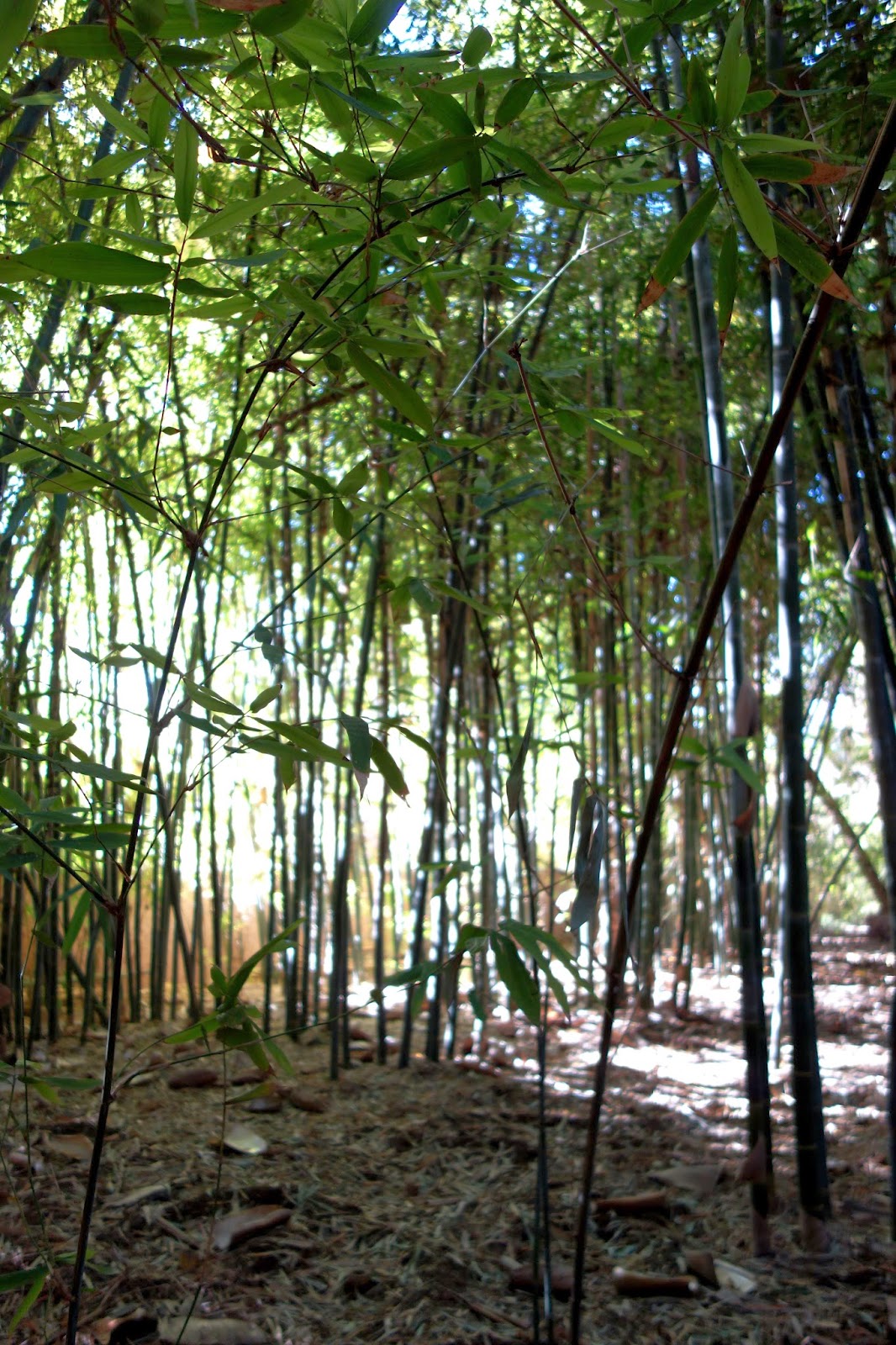 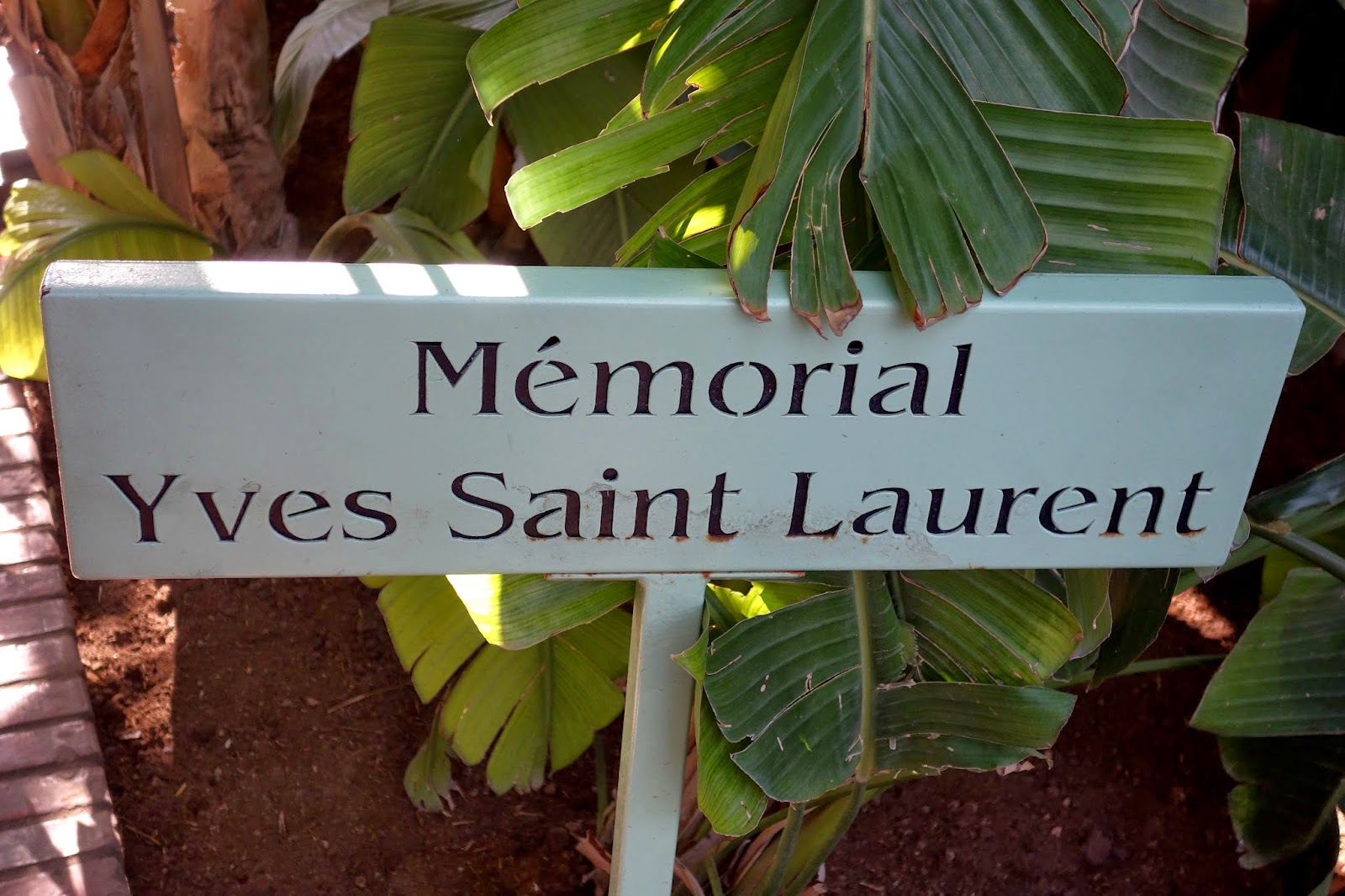 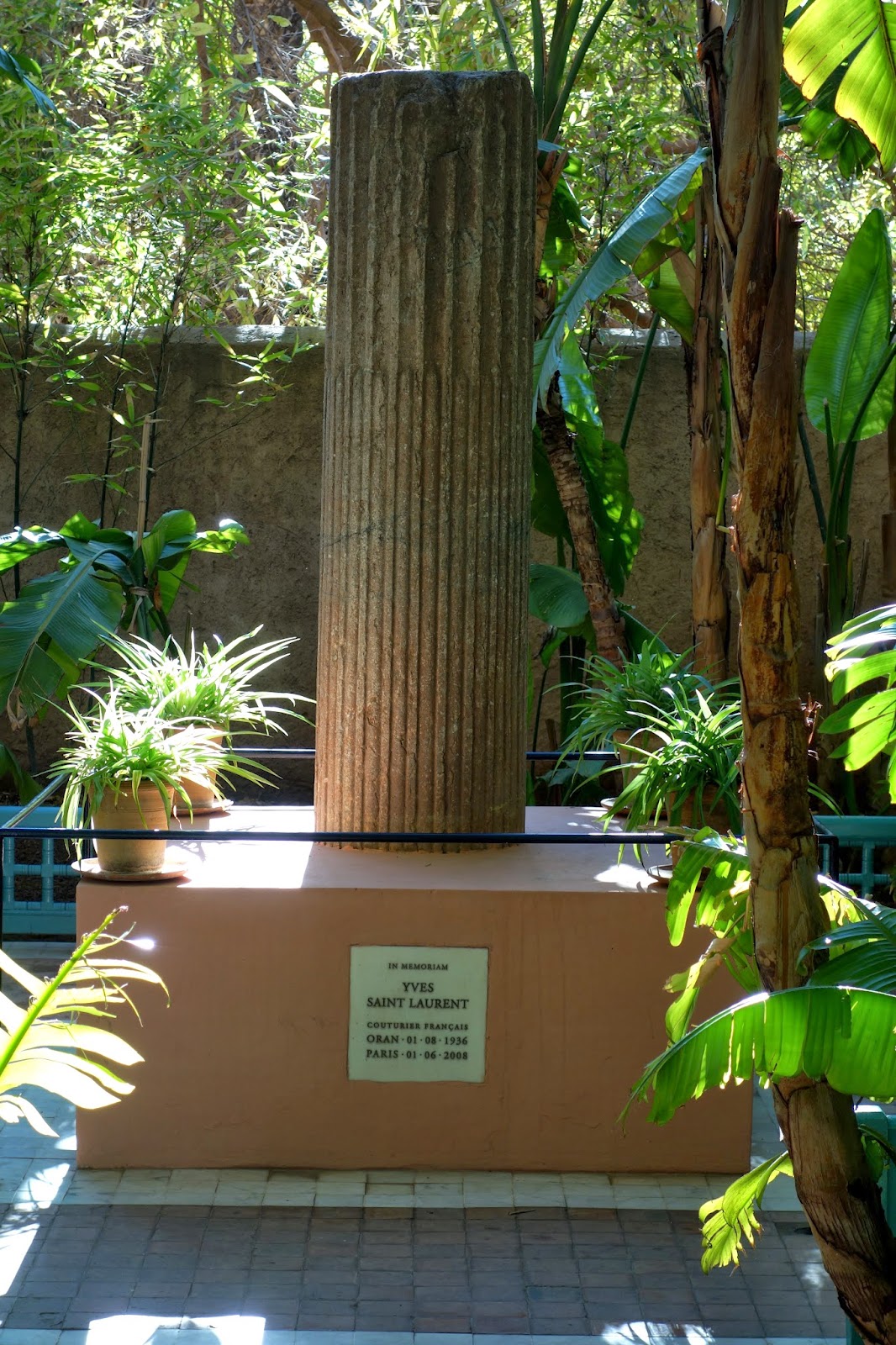 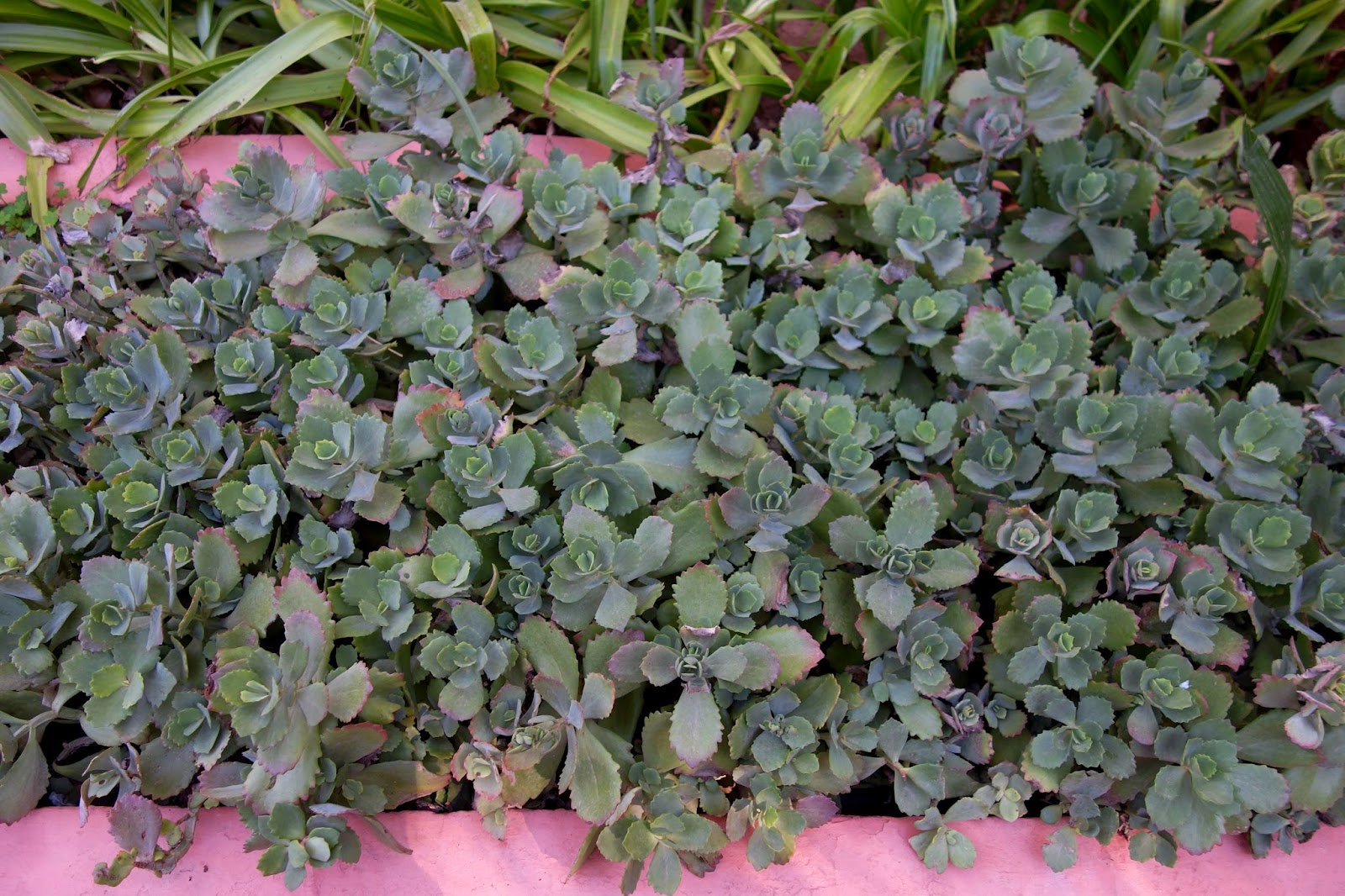 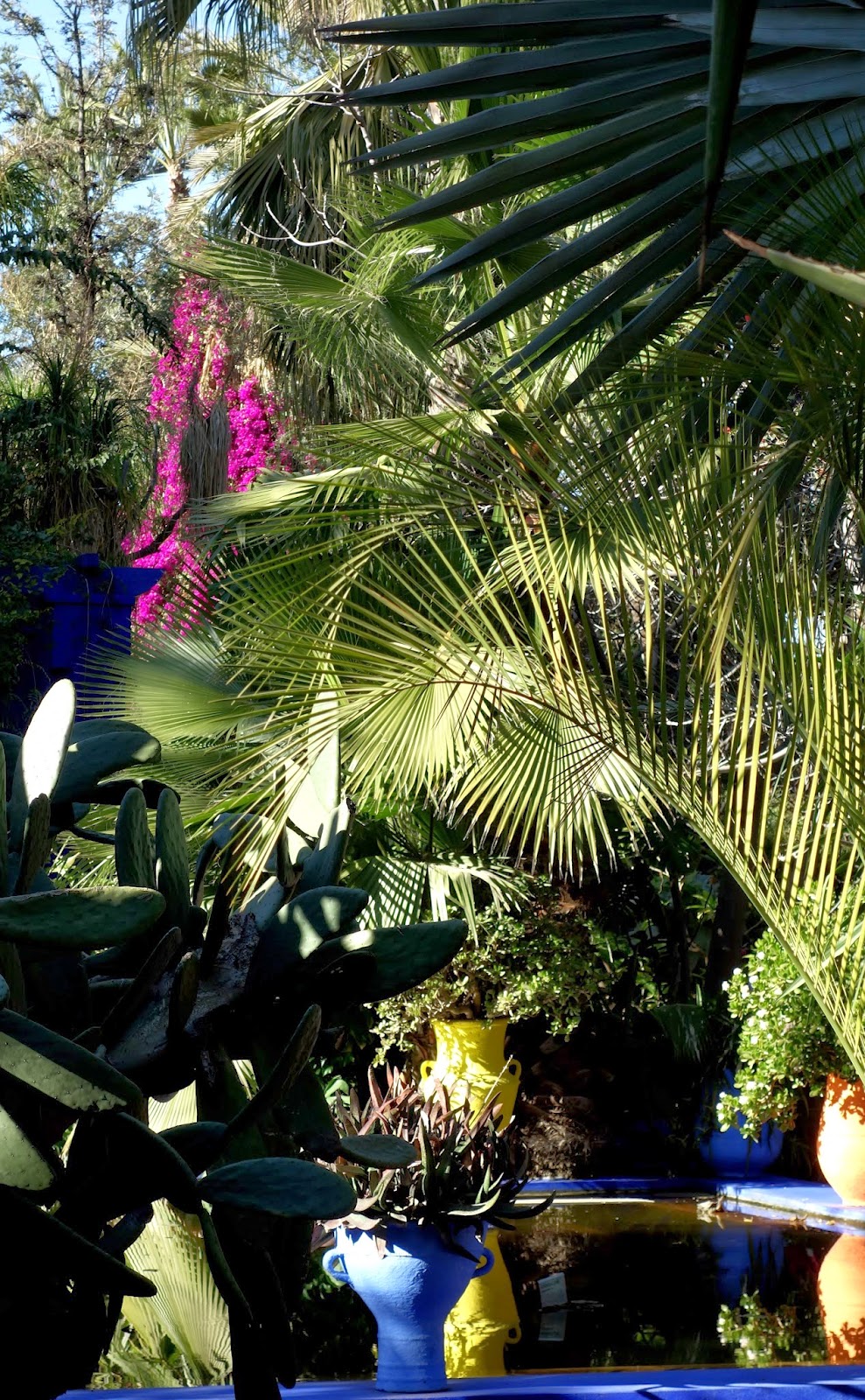 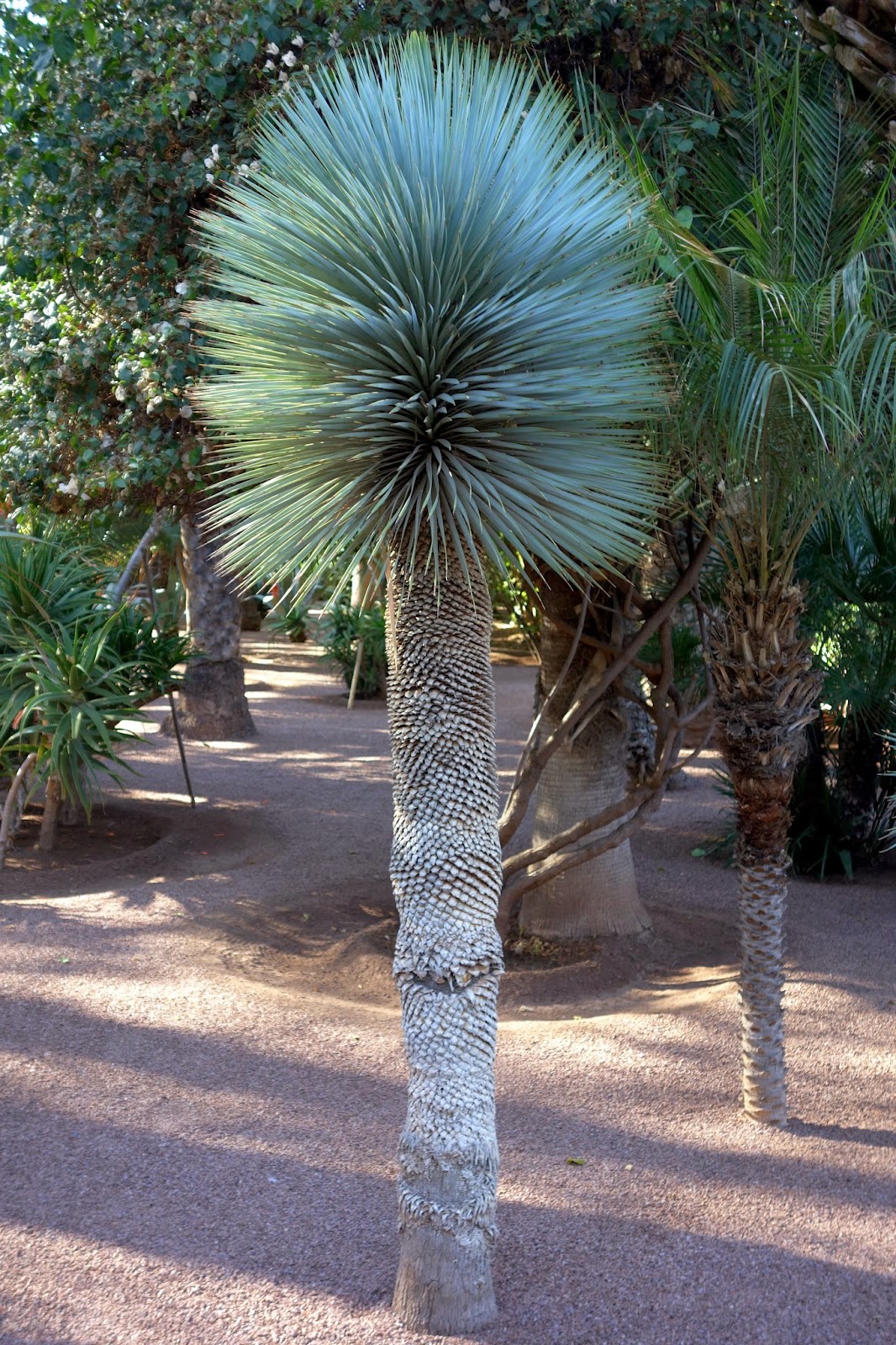 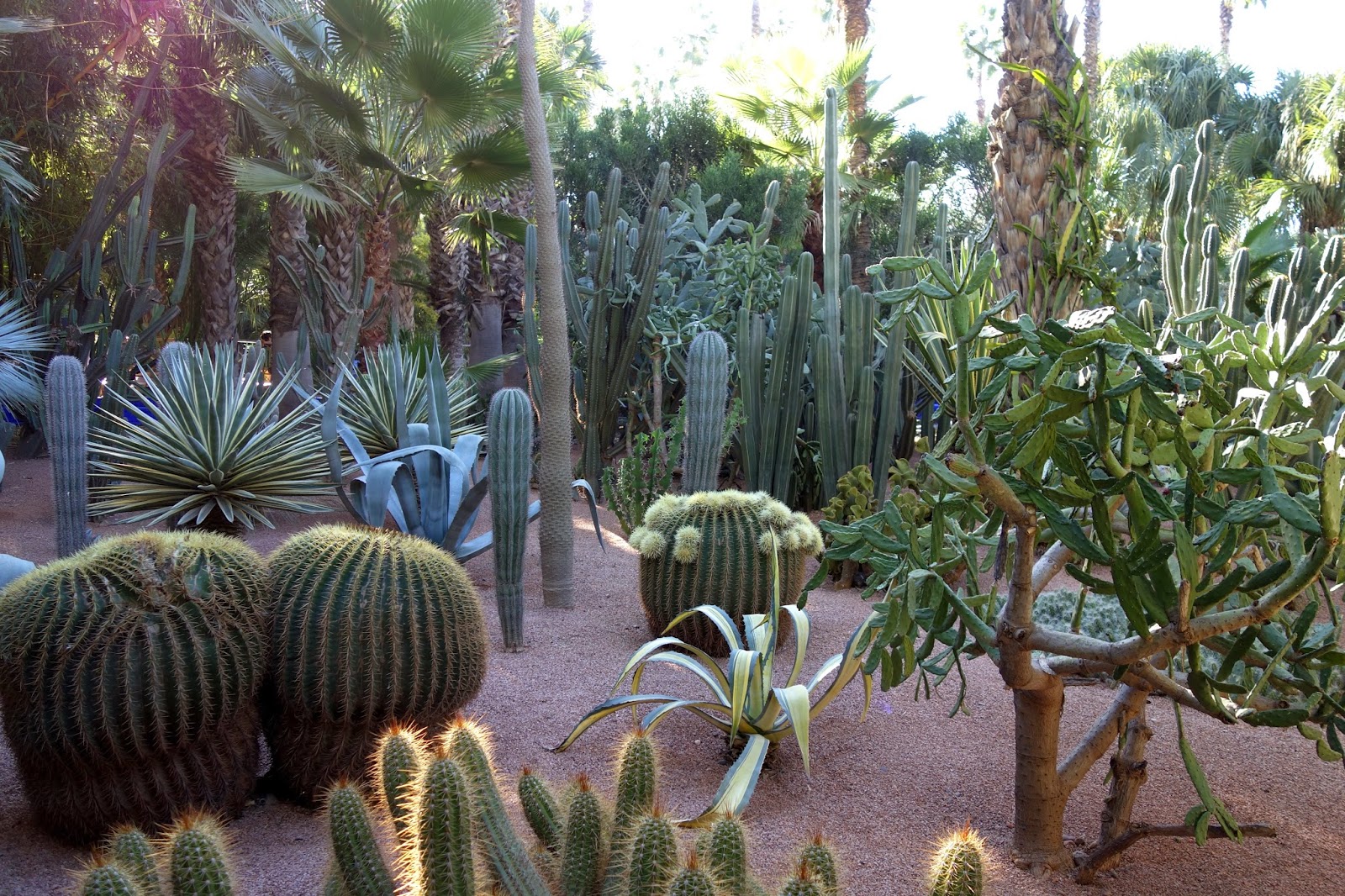 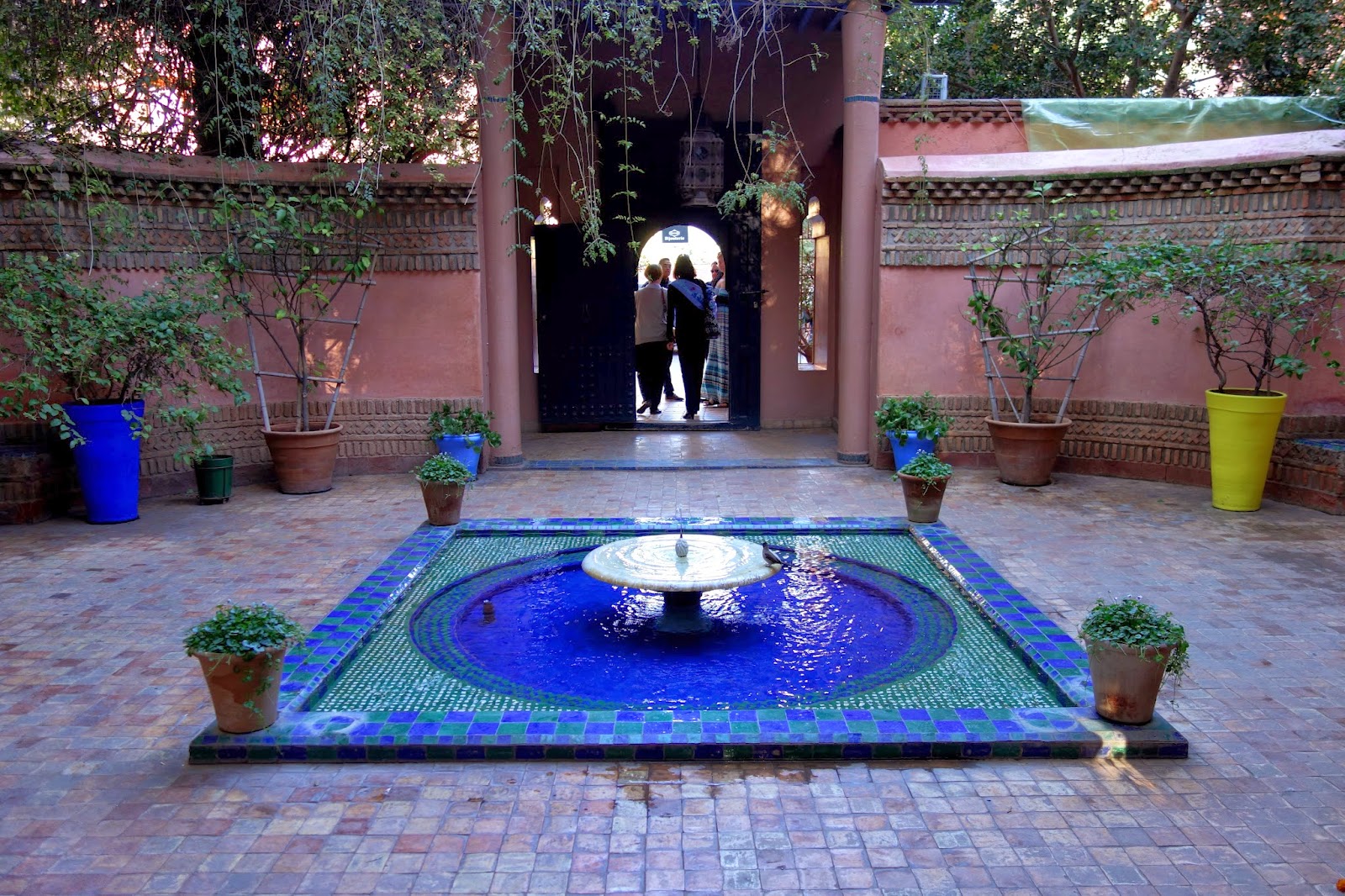 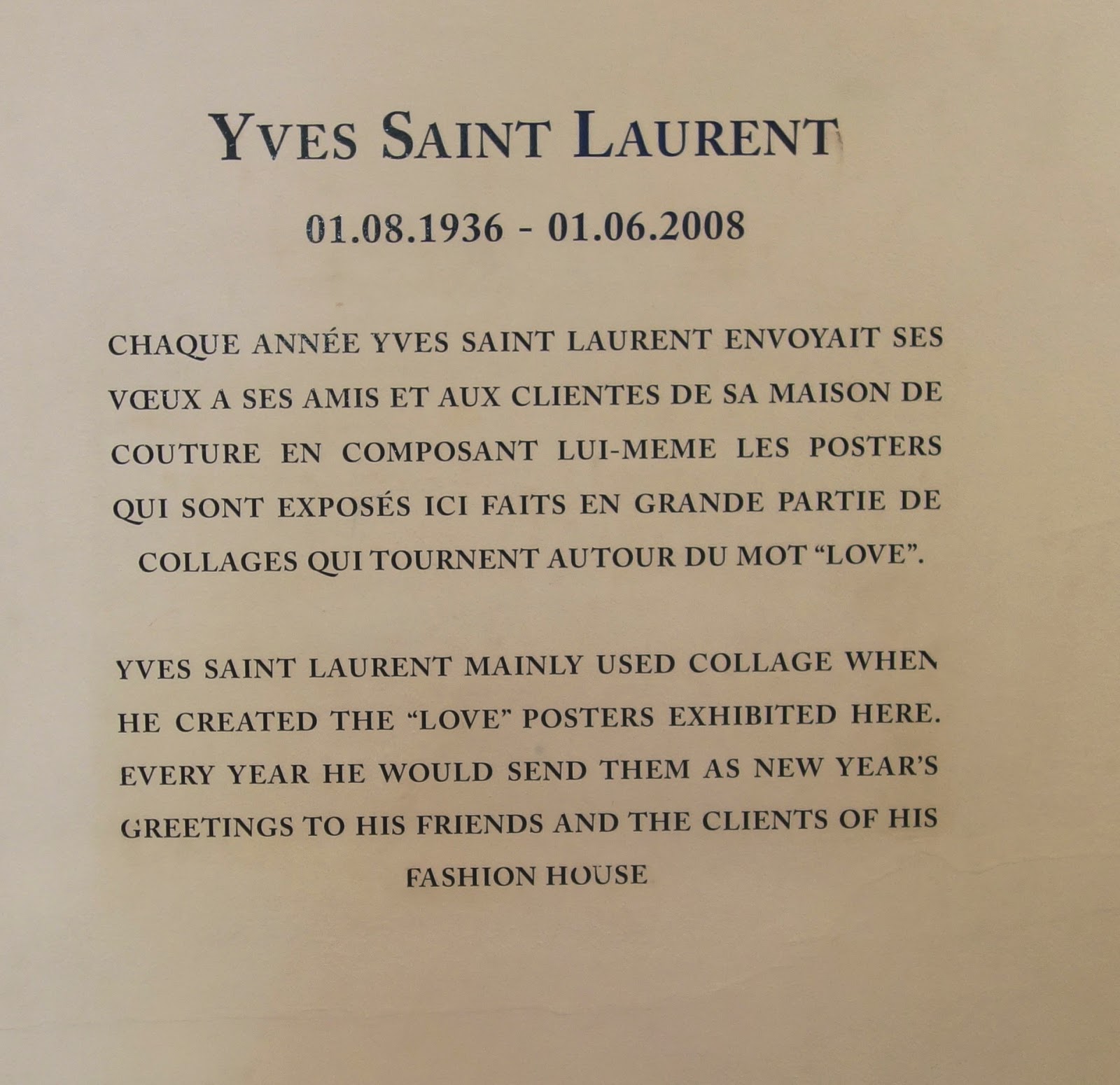 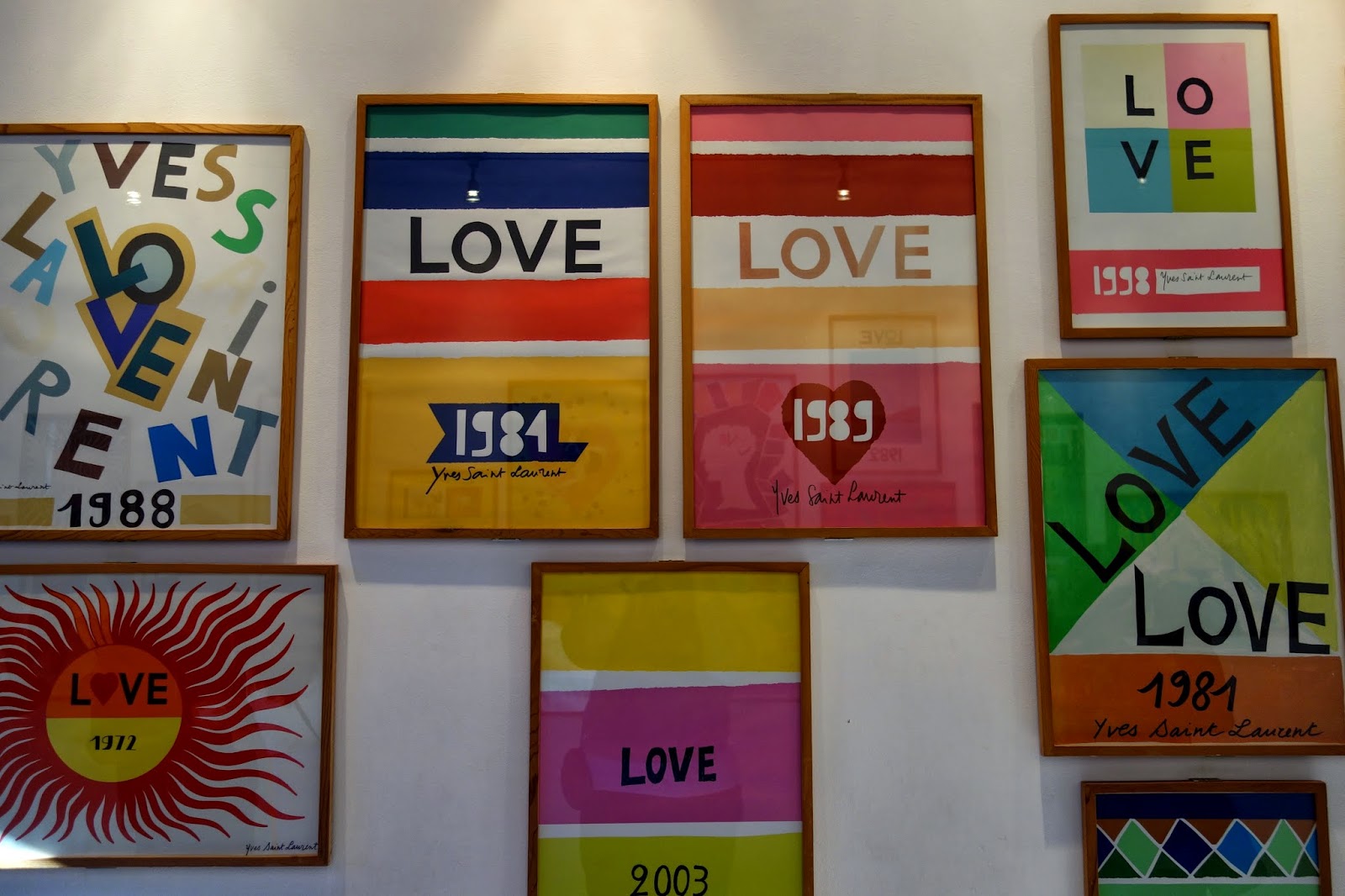 by the time we left the garden it was getting quite late in the afternoon so we headed to the hotel to check in- it was located in the Medina- and was called the Riad Kniza--- lovely place in an old courtyard home that had been converted- but more on that in the next post because we also had our dinner there and it was really quite an amazing meal so stay tuned....
Posted by TOR at 10:50 PM