and question the sanity of Lawrence of Arabia...LOL - camels are known as ships of the desert- and have some amazing anatomical attributes (their feet are waaaay cool with these pads that flatten so they can easily walk on dunes and they can take on massive amounts of water and store it in their humps) but they are also known for being ill tempered. Honestly I have ridden on at least (now) four camels (dromedaries) and I have never found one to be cross but I have also not found the experience to be a heap 'o' fun... but since GA had never done it (and I was her only travel companion) I agreed to a camel ride at sunset on the dunes...sounds romantic/exotic/torturous!

so we headed out to the edge of the dunes with Aziz, to be put upon the camels - the most difficult task of the camel riding in my first three experiences was the getting on and off part where camels throw you way back and then vault you forward and immediately back as they get up from their resting position.  this has to do with the fact that their joints for the back legs and the joints for the front legs face each other so they don't rise on all fours but two at a time... and oh yes, you are doing all this from roughly seven feet off the ground....

however, my prior camel rides shared a common thing. they were either all on a level surface (first Morocco camel ride and India camel ride) or all uphill (Egypt camel ride) - and I discovered that I have a distinct problem with going downhill... and our camel ride this time took us up and down the dunes as we wended our way toward a high point to view the sunset.... except we never made it that far - LOL

I screamed a lot and Georgia laughed a lot- and after a mere 20-25 minutes of torture we told our trusty Berber guide we wanted to return - he was dumbfounded...LOL I guess no one ever says "no more." But I did... I would have gotten down and walked but we were already too far away to actually see our hotel and walking on sand dunes isn't the easiest thing in the world... so I hunkered down and screamed home...LOL

but before we headed back he insisted we have some photos taken- so we do 1. have evidence we did it and 2. have a couple of good sunset washed photos that really came out nicely! 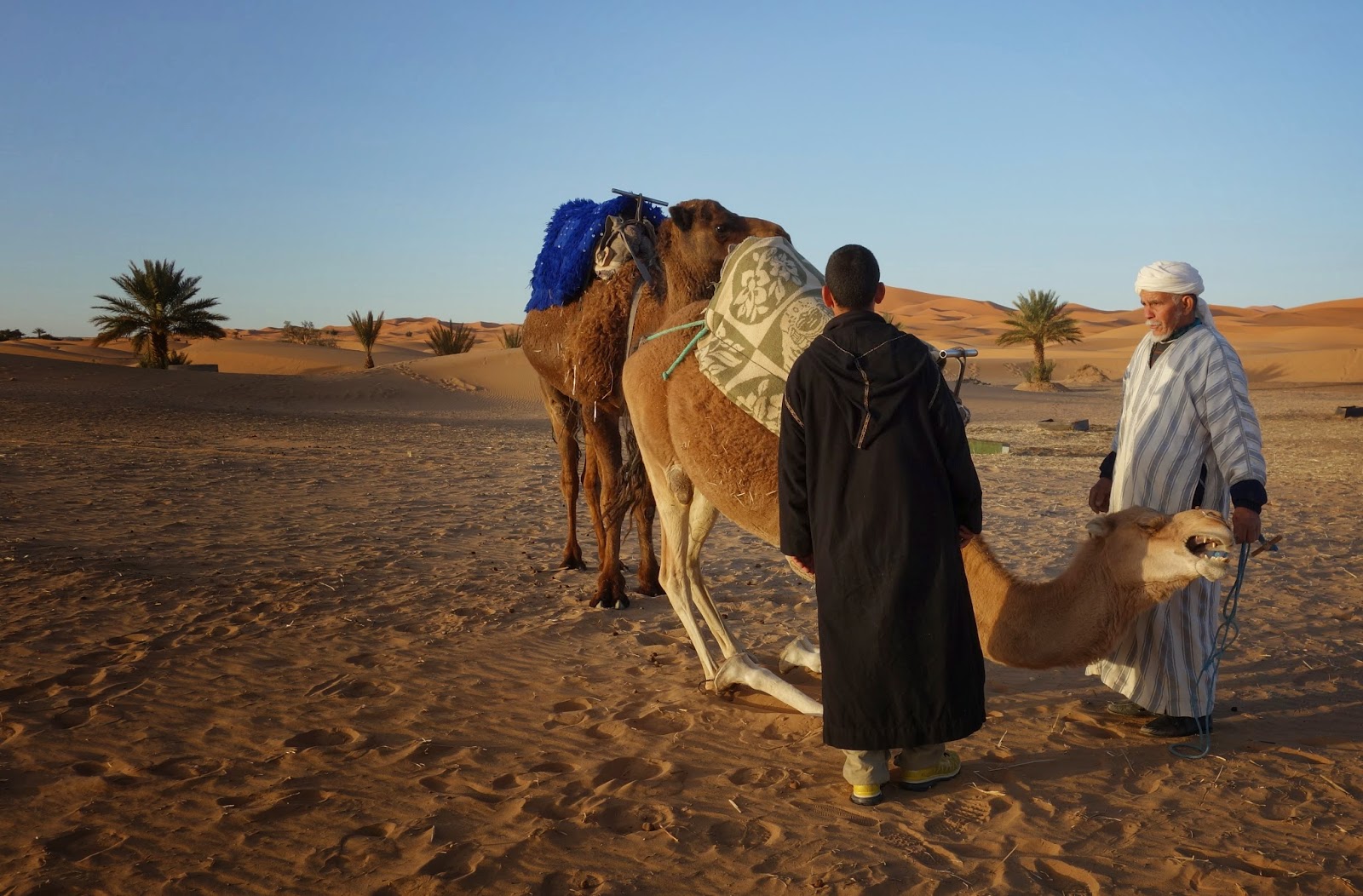 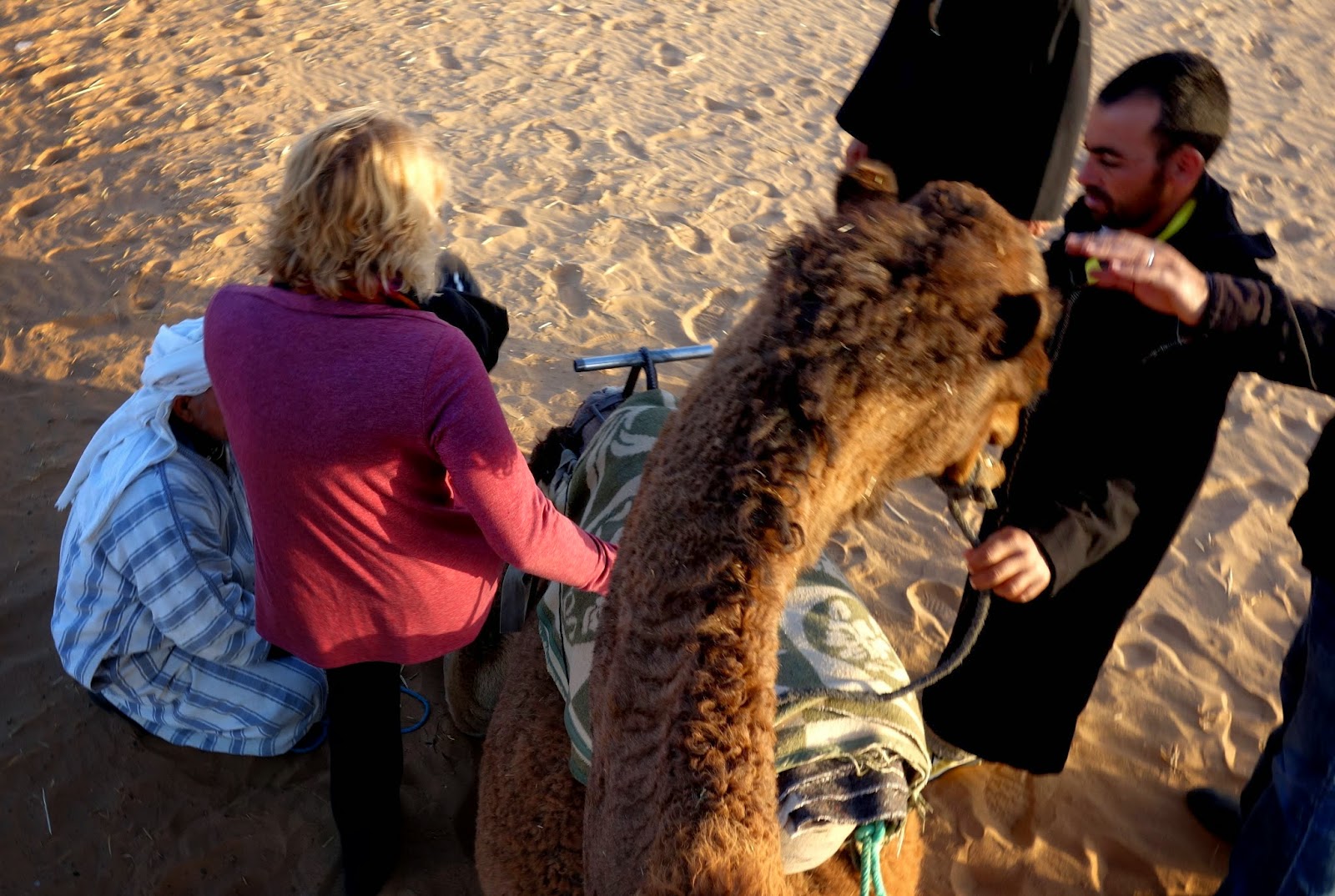 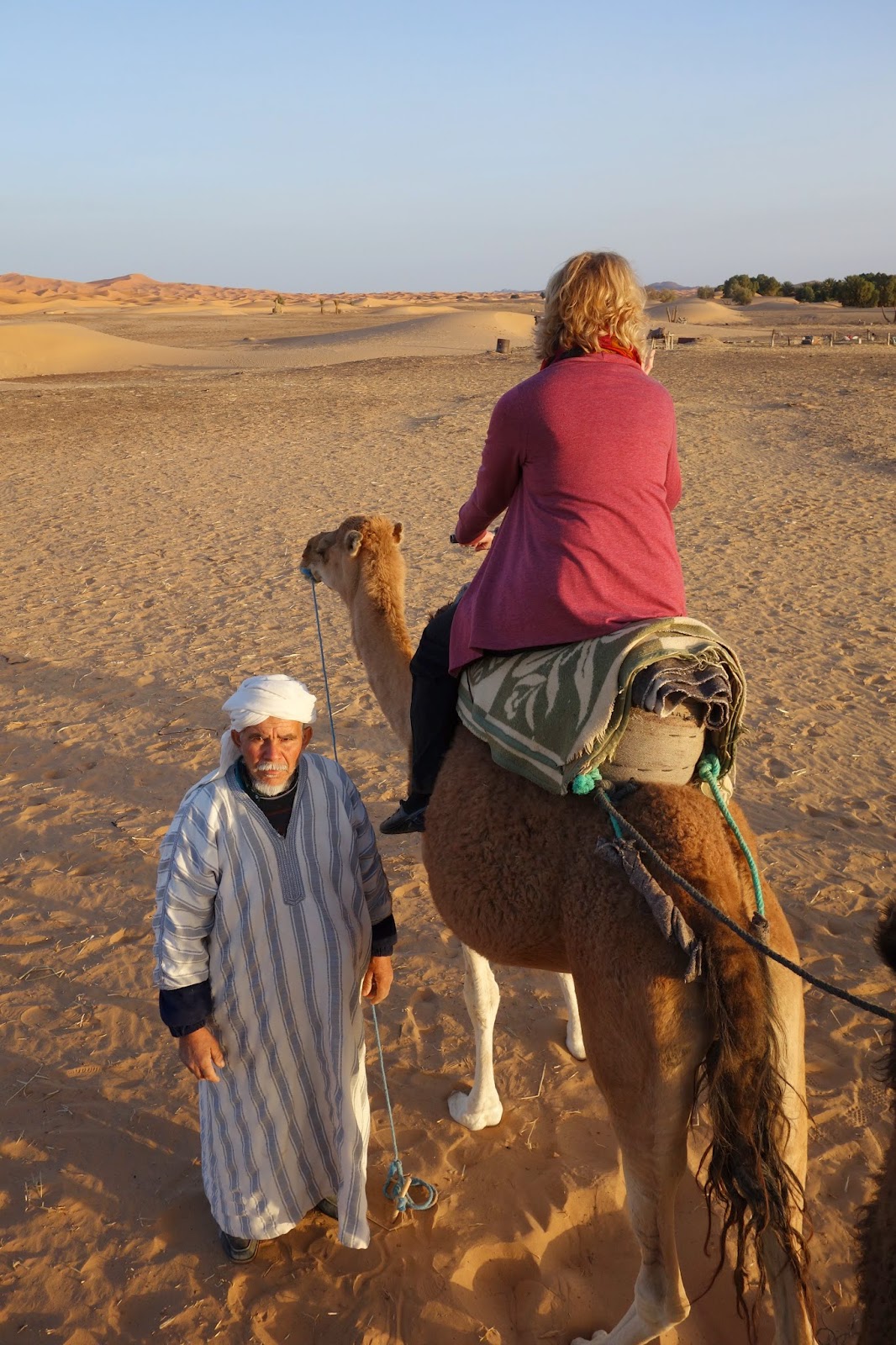 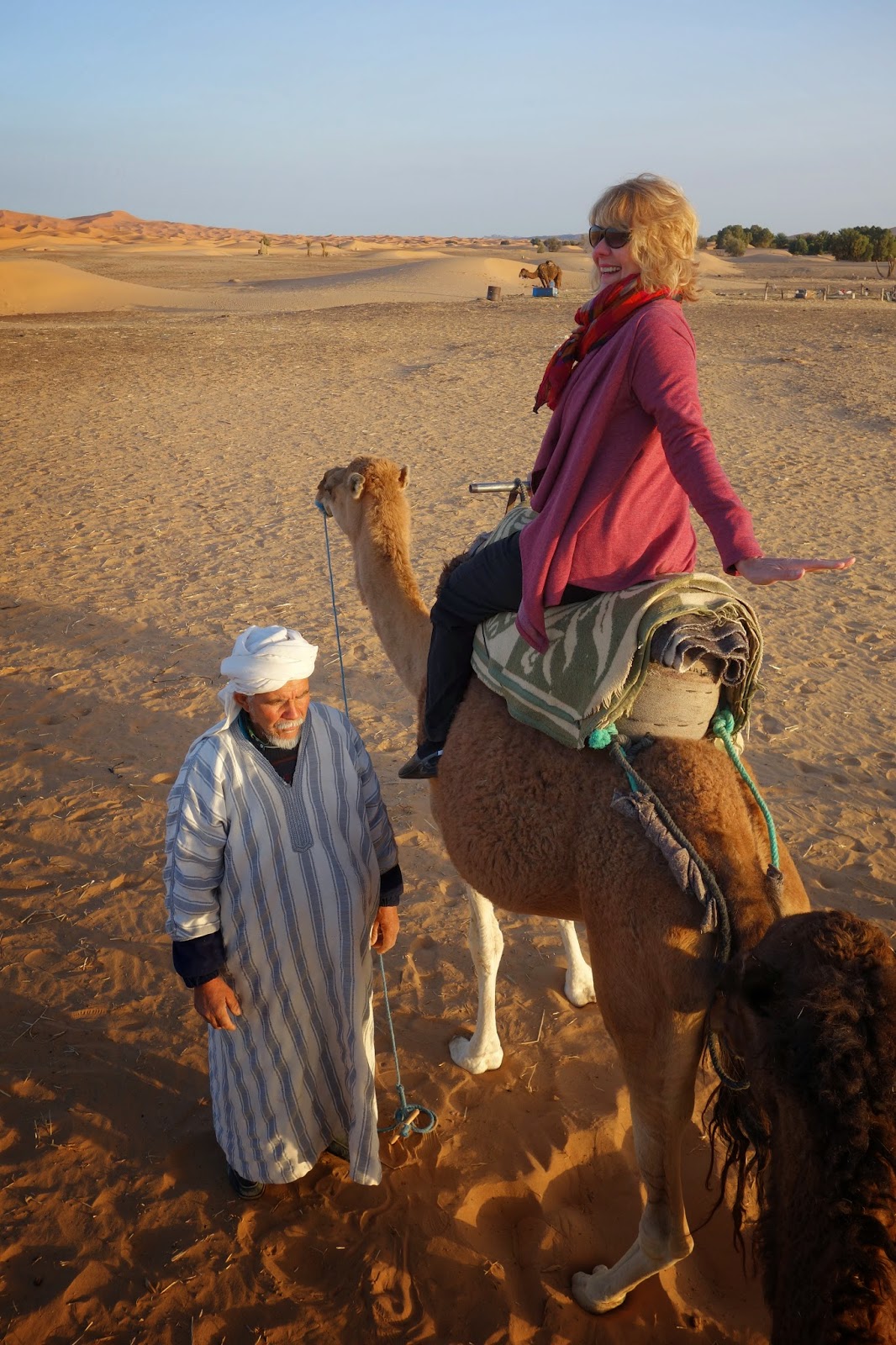 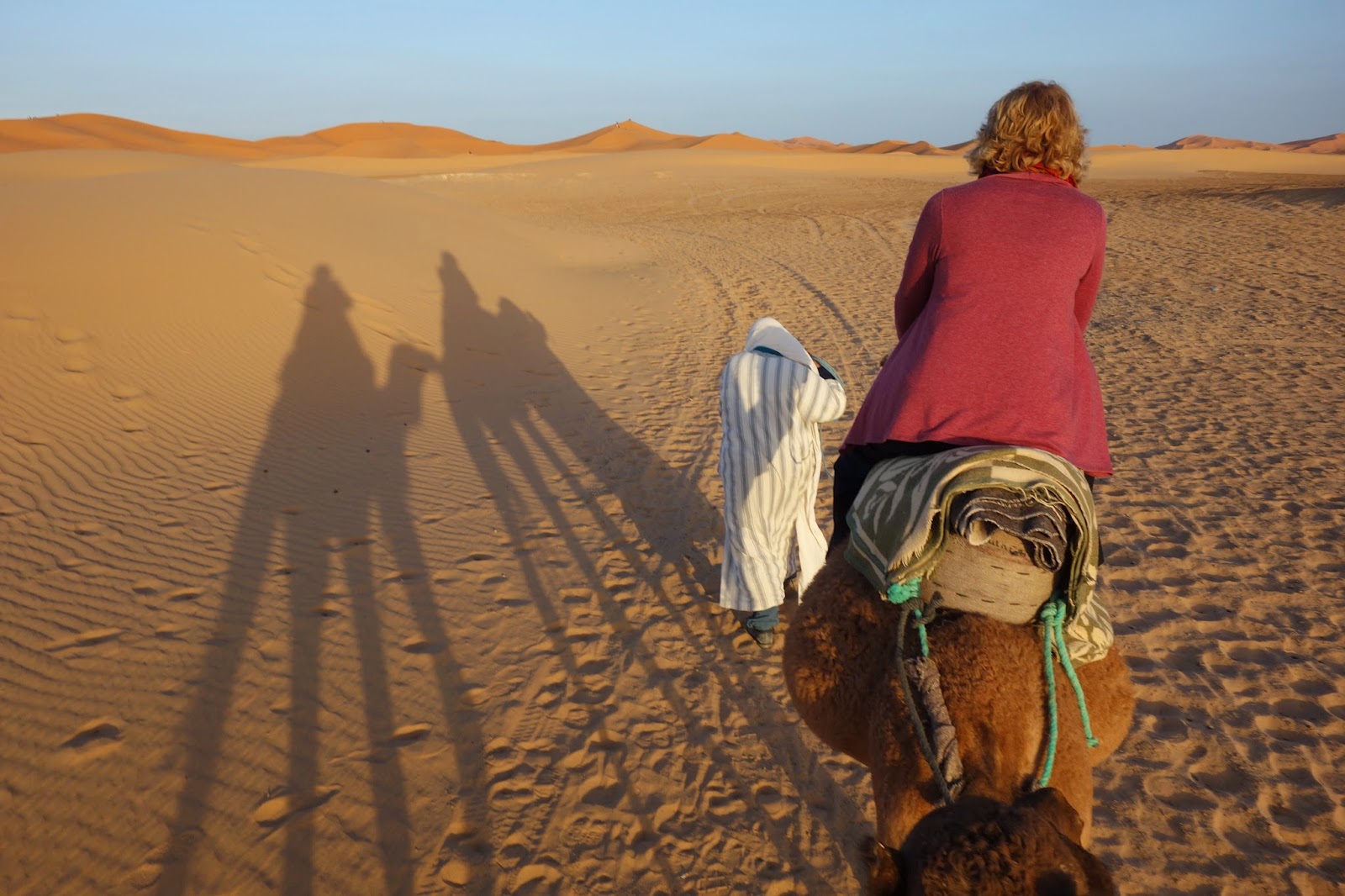 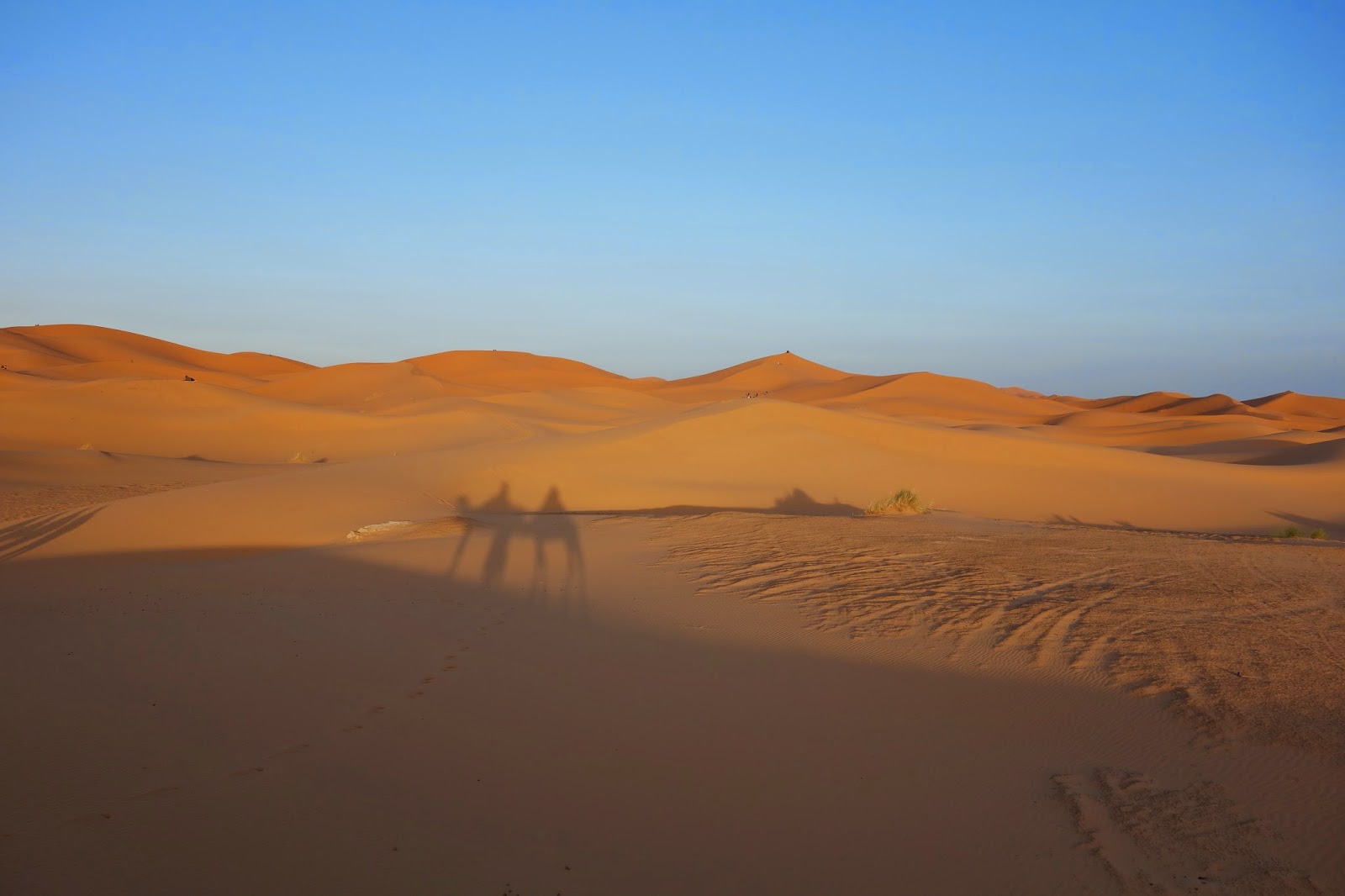 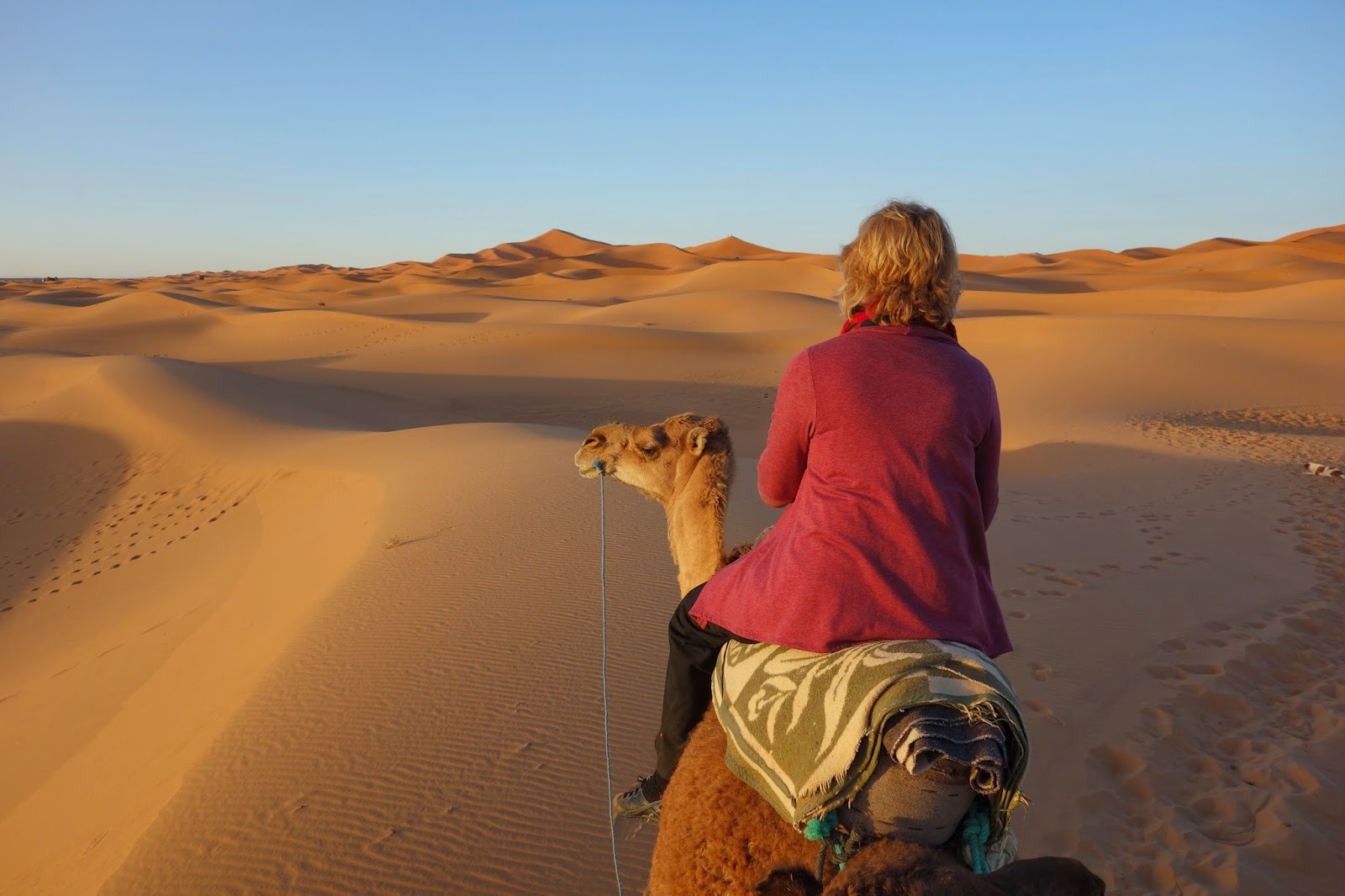 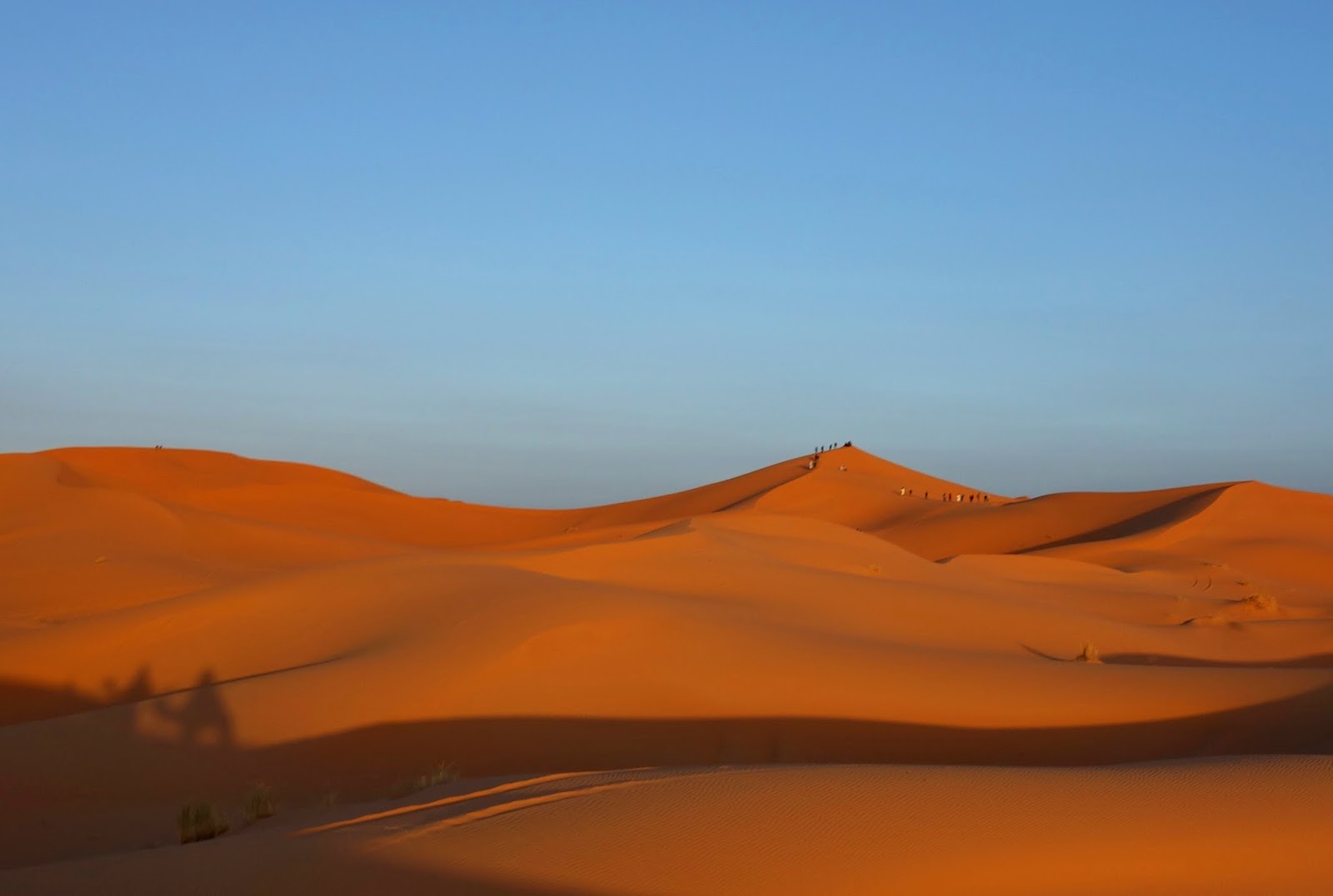 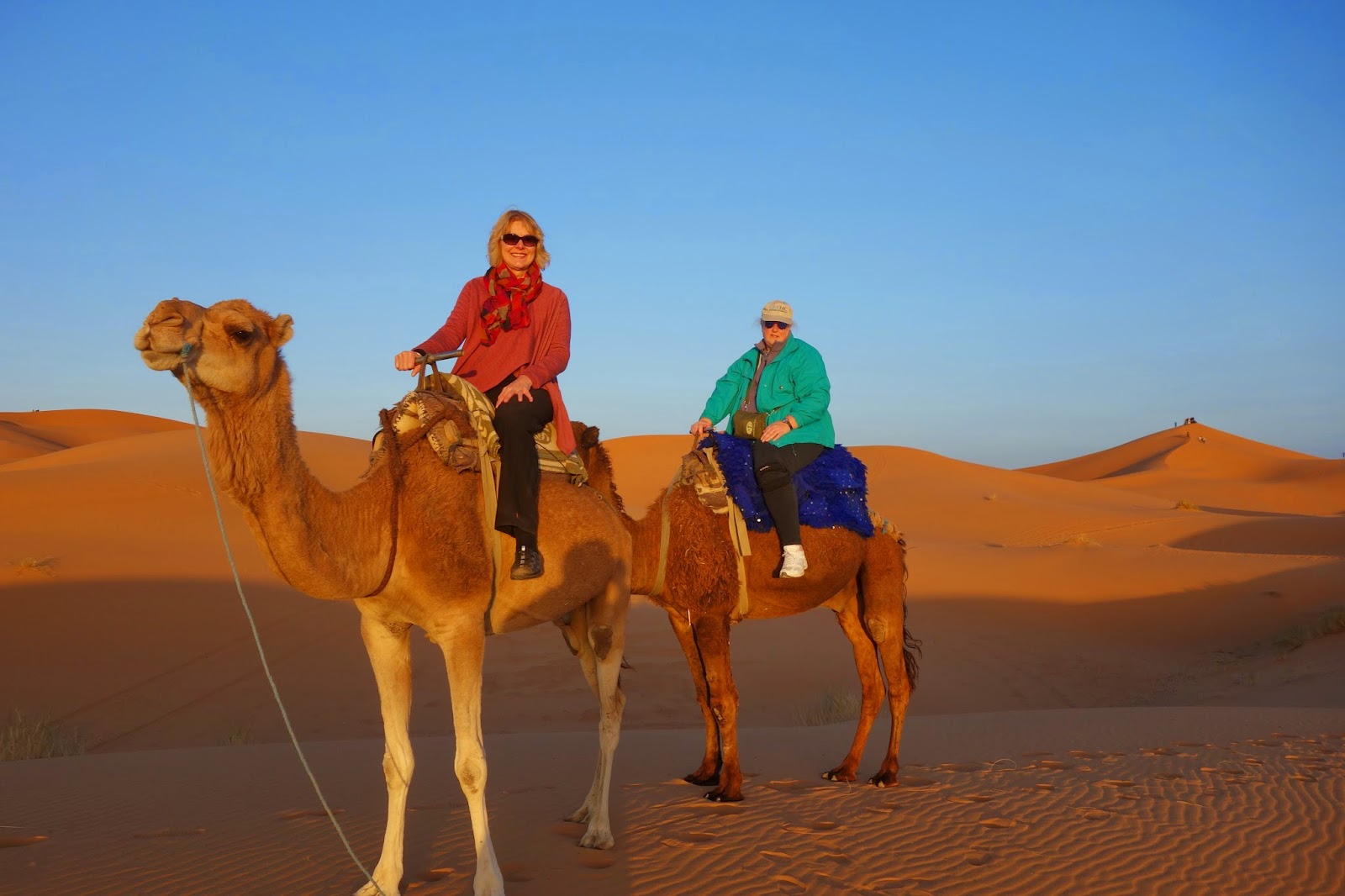 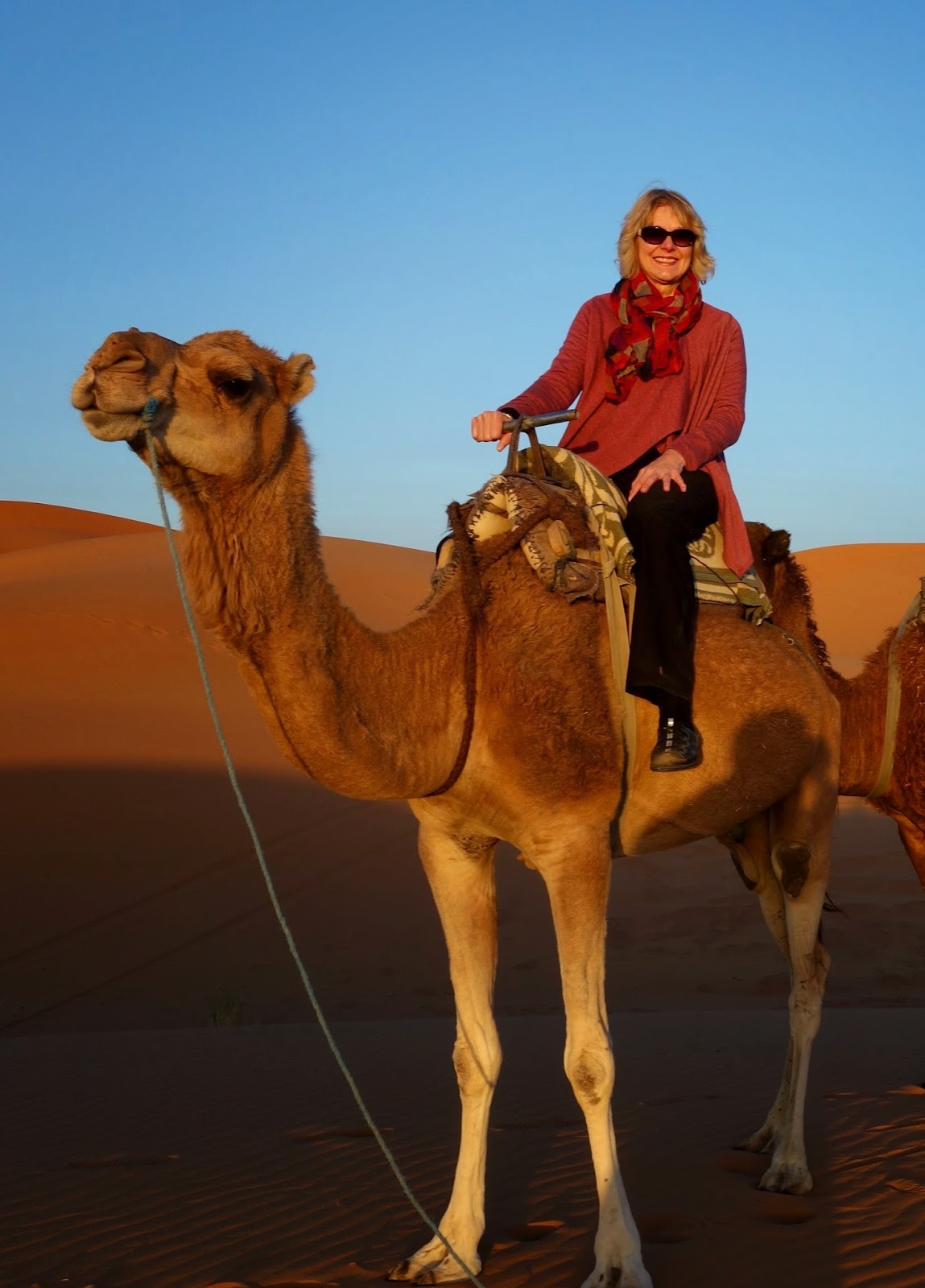 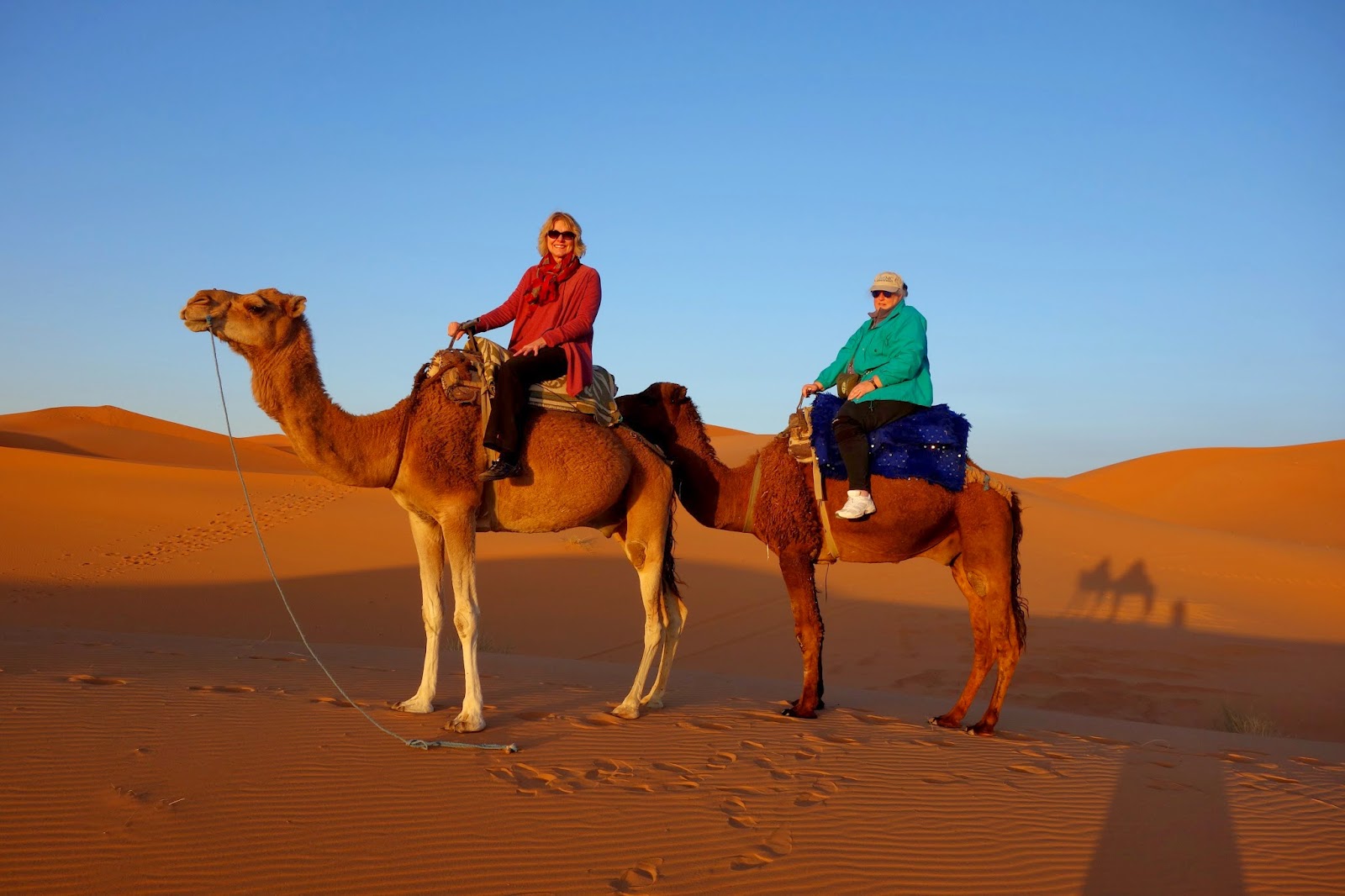 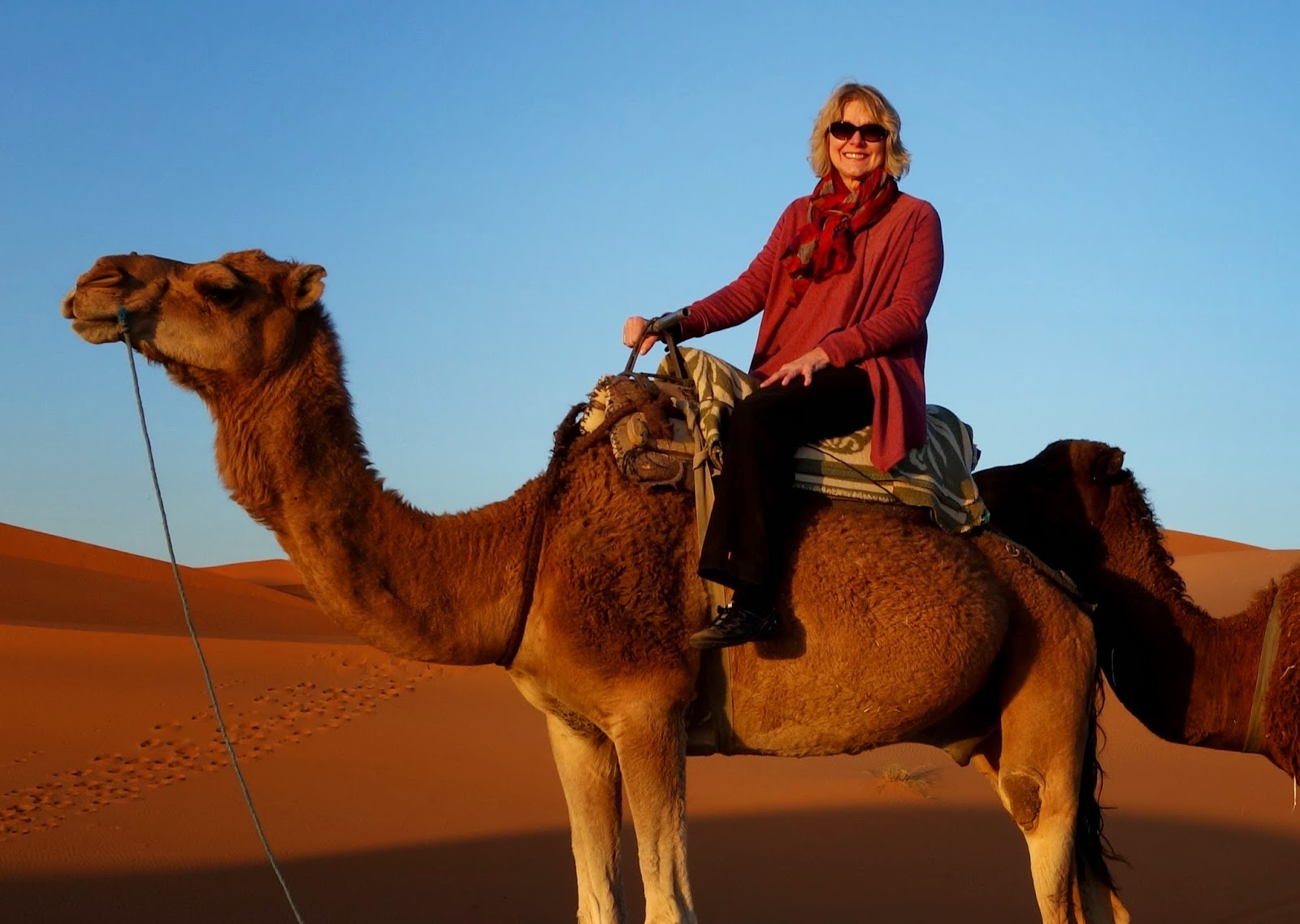 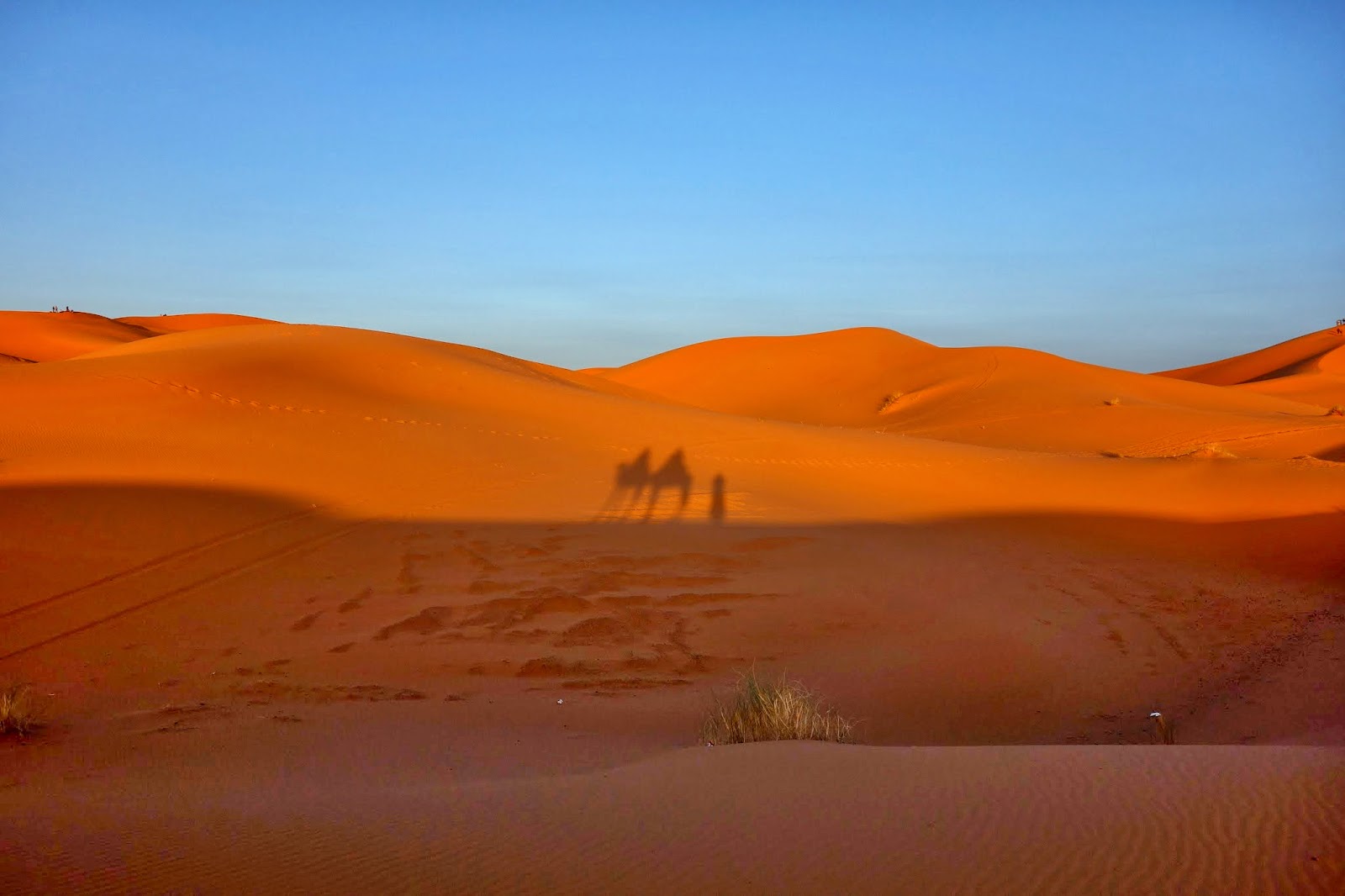 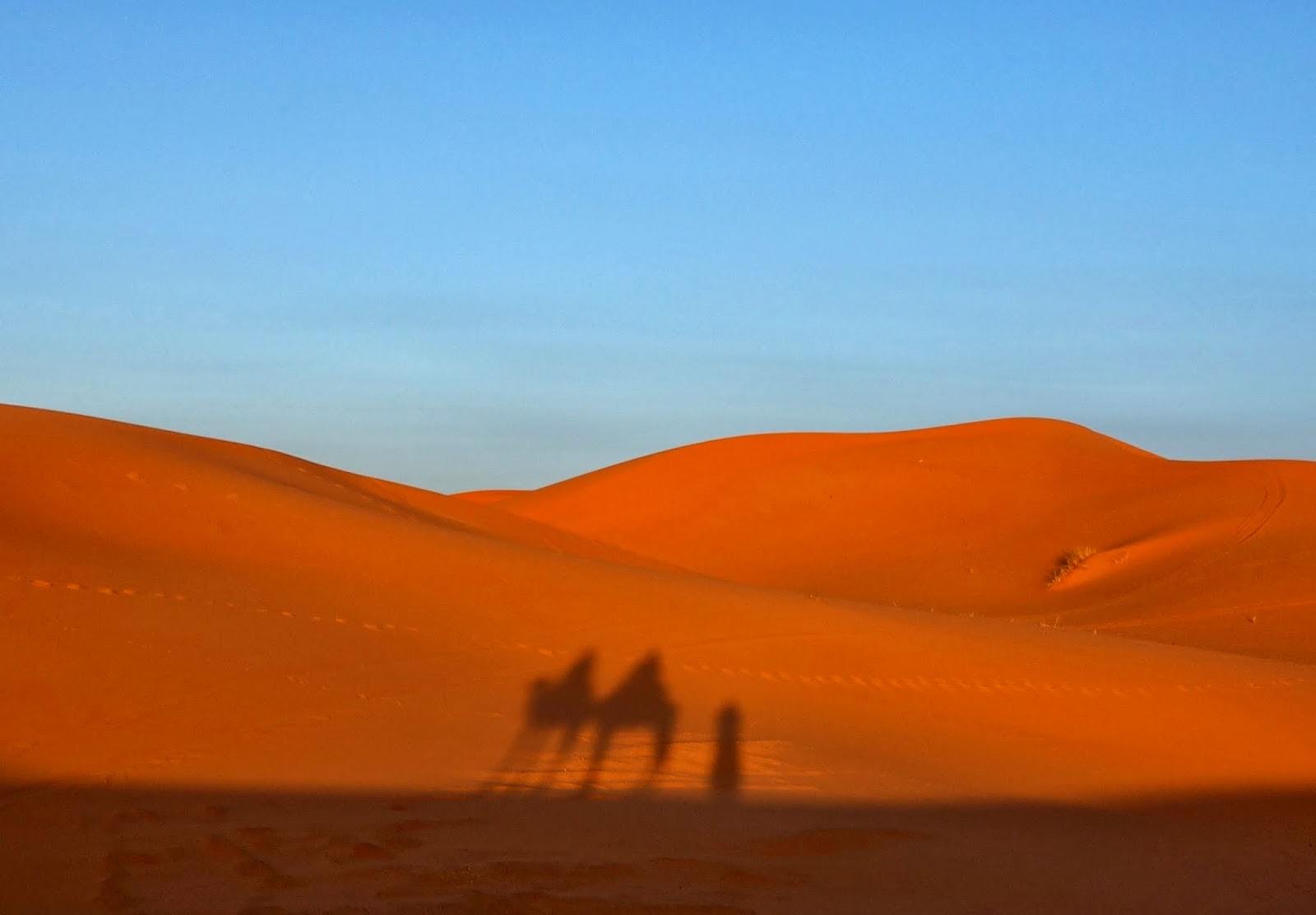 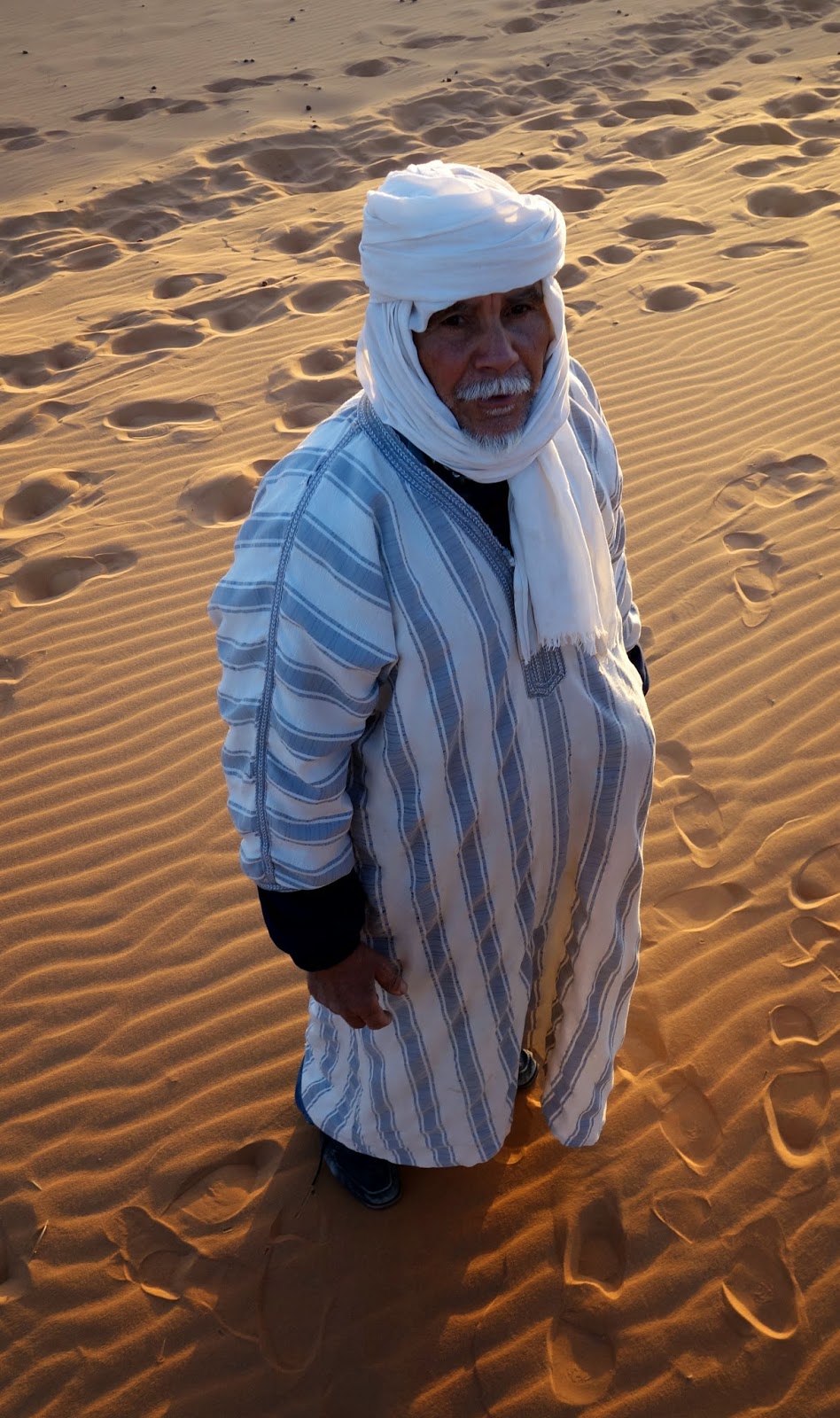 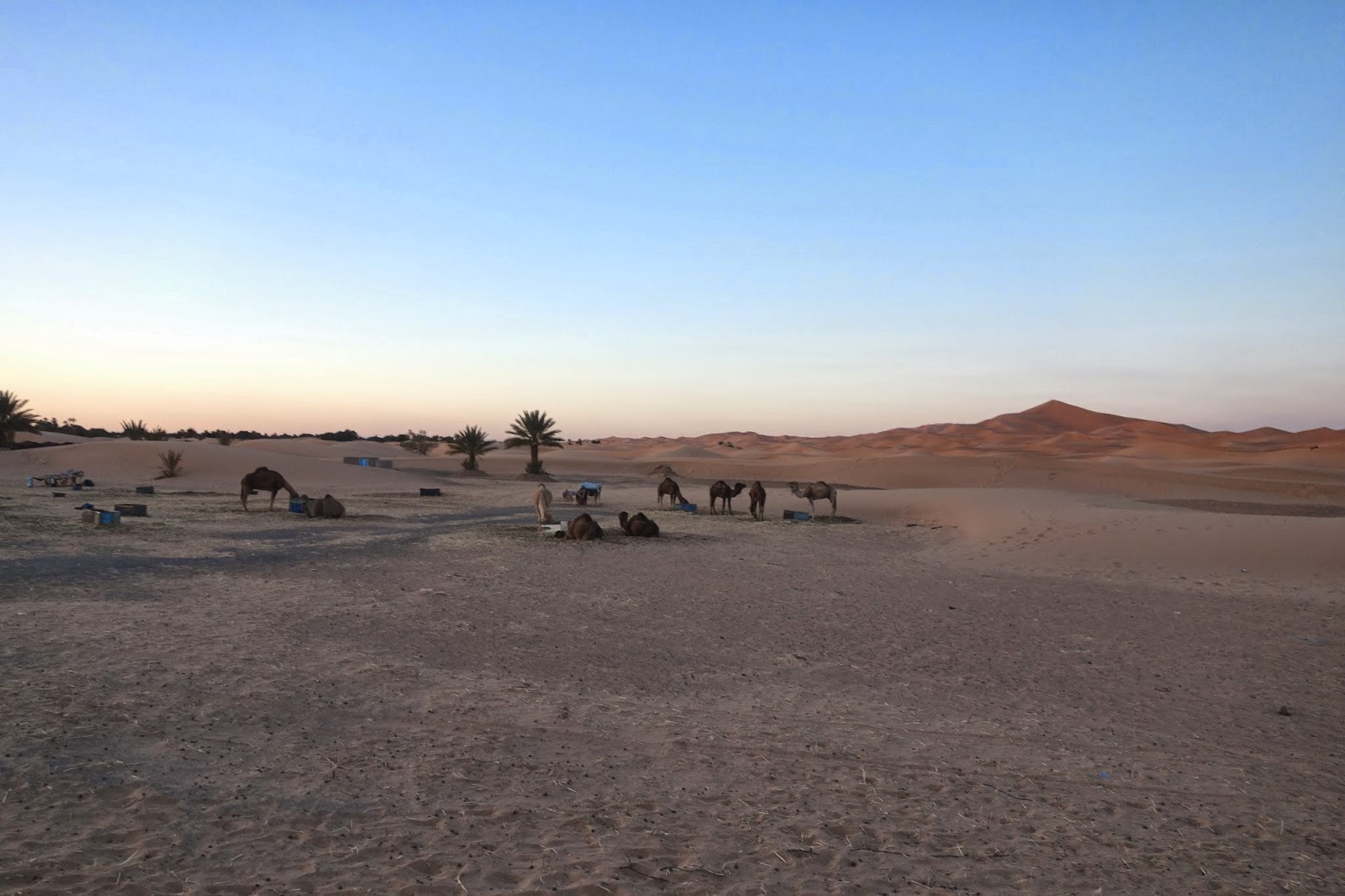 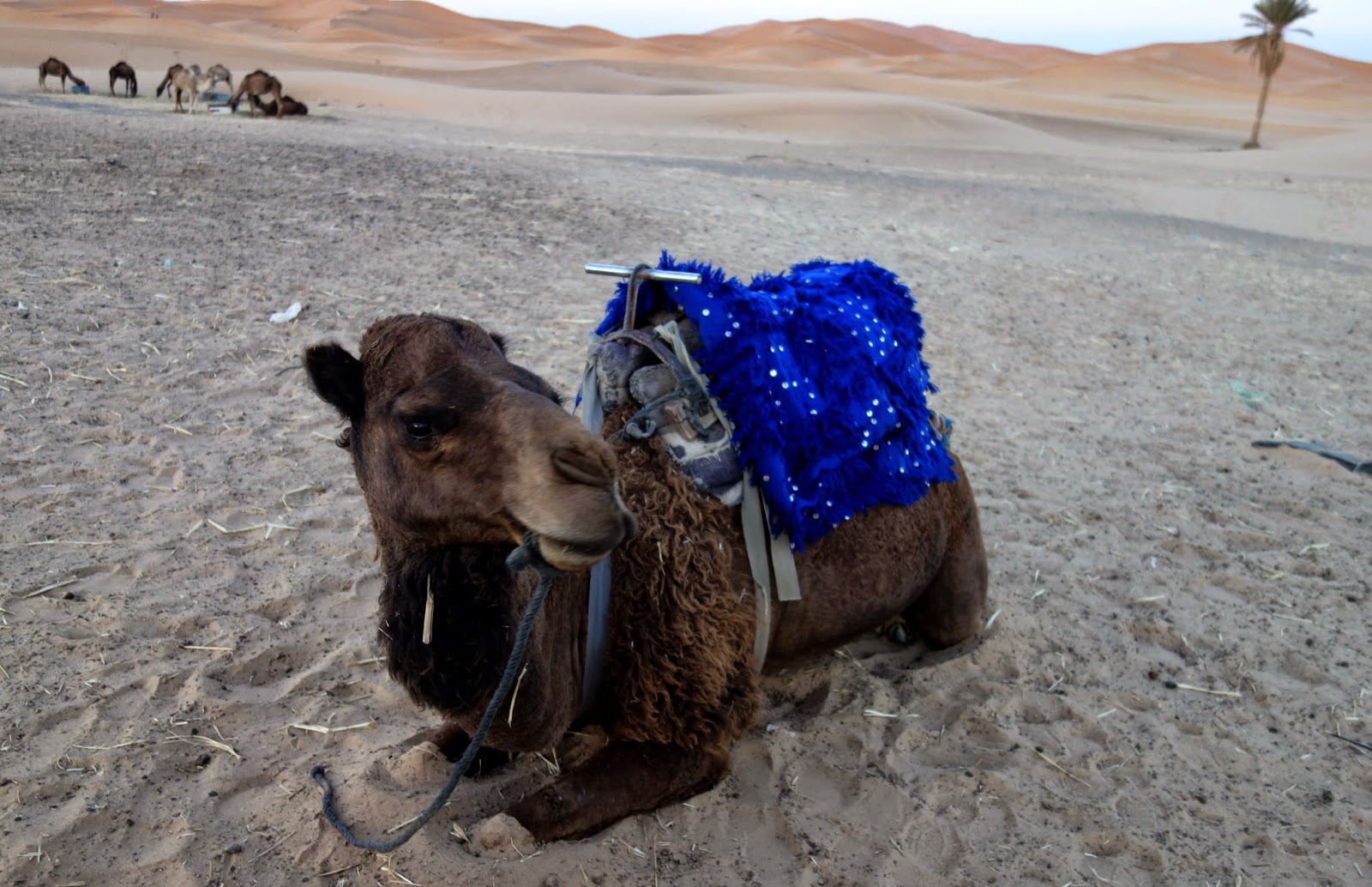 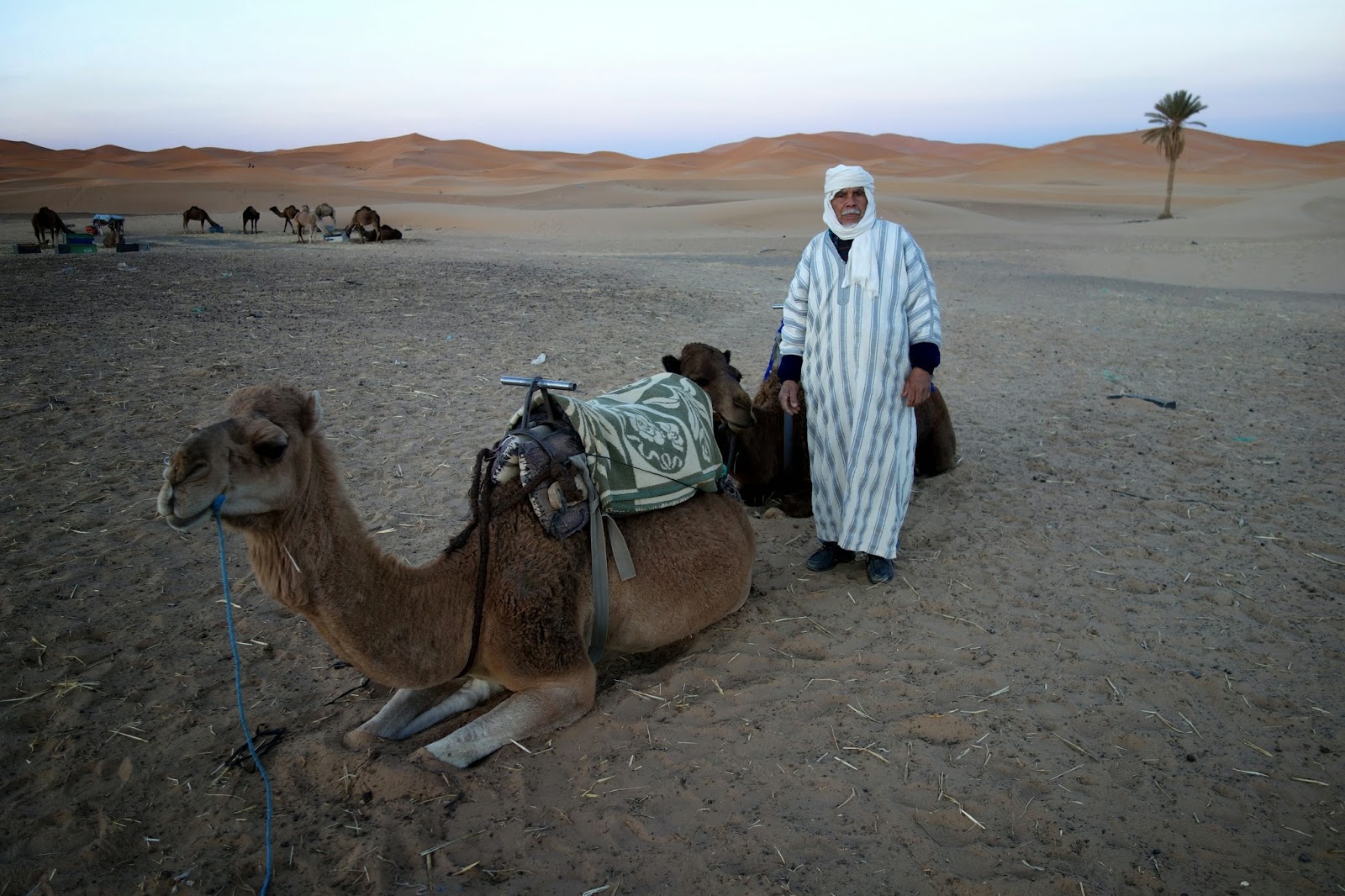 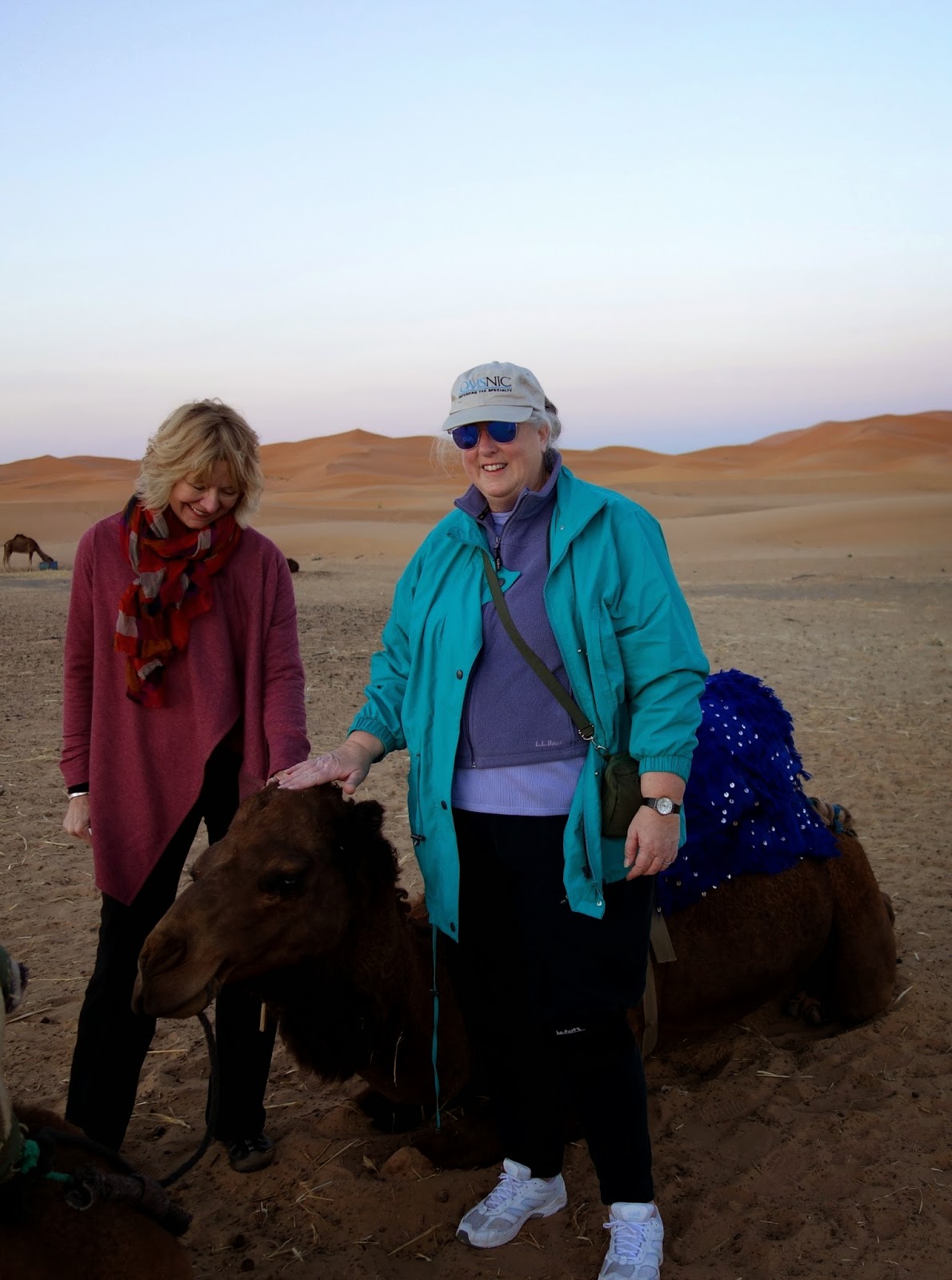 OK the guy told us (in gestures) to go stand by the camel and pet him- and the camel seemed relatively cool with it so we went pat pat and then took off- just don't want to push it with an animal that has the kind of reputation that camels do...

anyway - that was definitely my LAST camel ride - after at least five elephant rides (Thailand, Cambodia, India, India, Laos, that I can remember) I would gladly do it again given a chance, but NO MORE CAMEL RIDES! and I mean it!
Posted by TOR at 10:09 PM