ON STAGE TOGETHER! - OK these guys are really worthy of all caps! what a fabulous concert we saw last night at the Amway Center in Orlando - the last stop on the tour...

they played for more than two and a half hours - no intermission- and lots of great music - both from the headliners through the vocals through the musicians- amazing talent onstage!

America sung by Sting while Simon was off stage...

The Boxer, Desert Rose, Diamonds on the Soles of Her Shoes, Every Breath You Take, Me & Julio, and early on, as a duet- Fields of Gold.... really incredible concert- that ended with Bridge Over Troubled Water (featuring incredible vocals from Sting!) 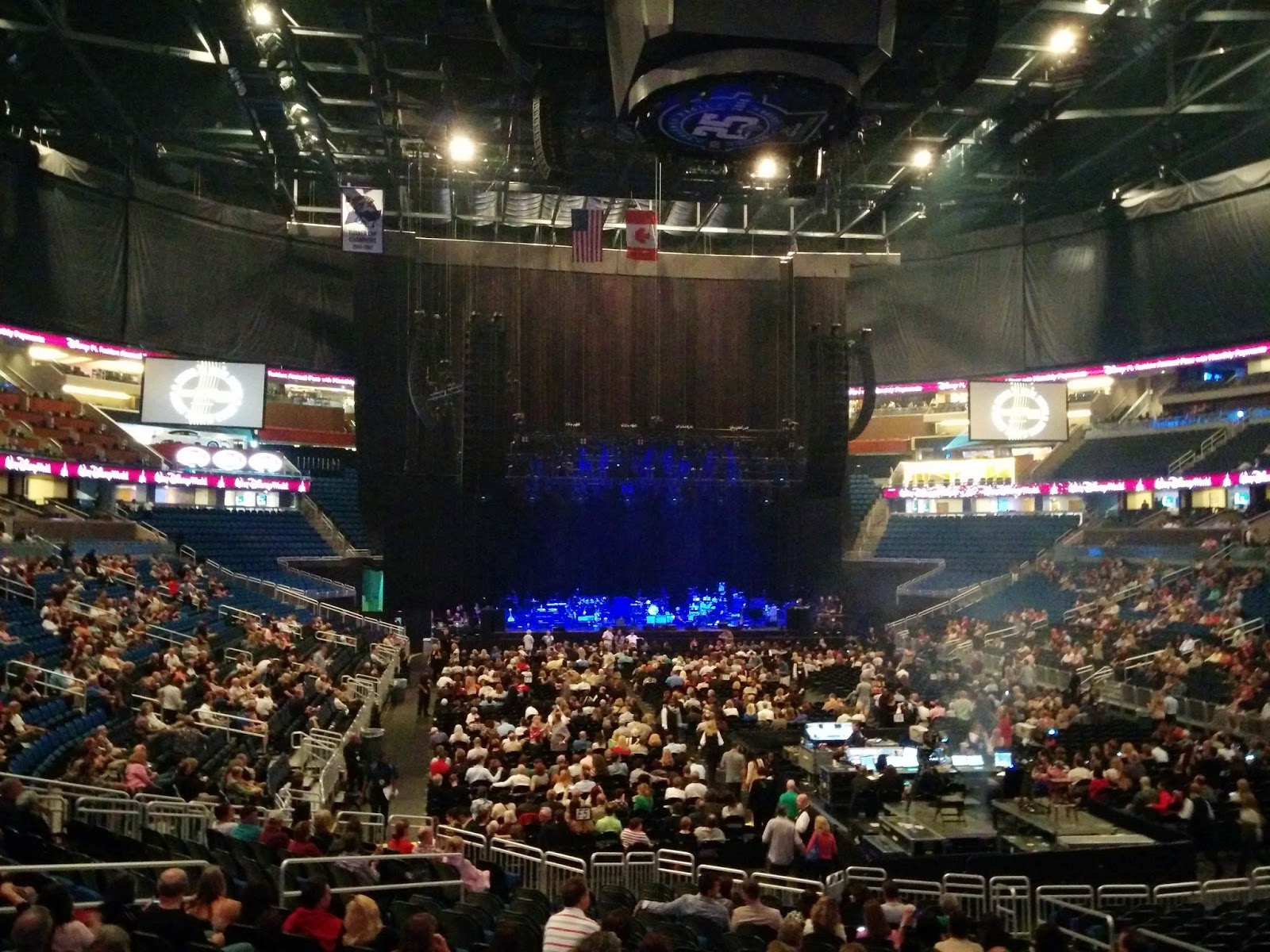 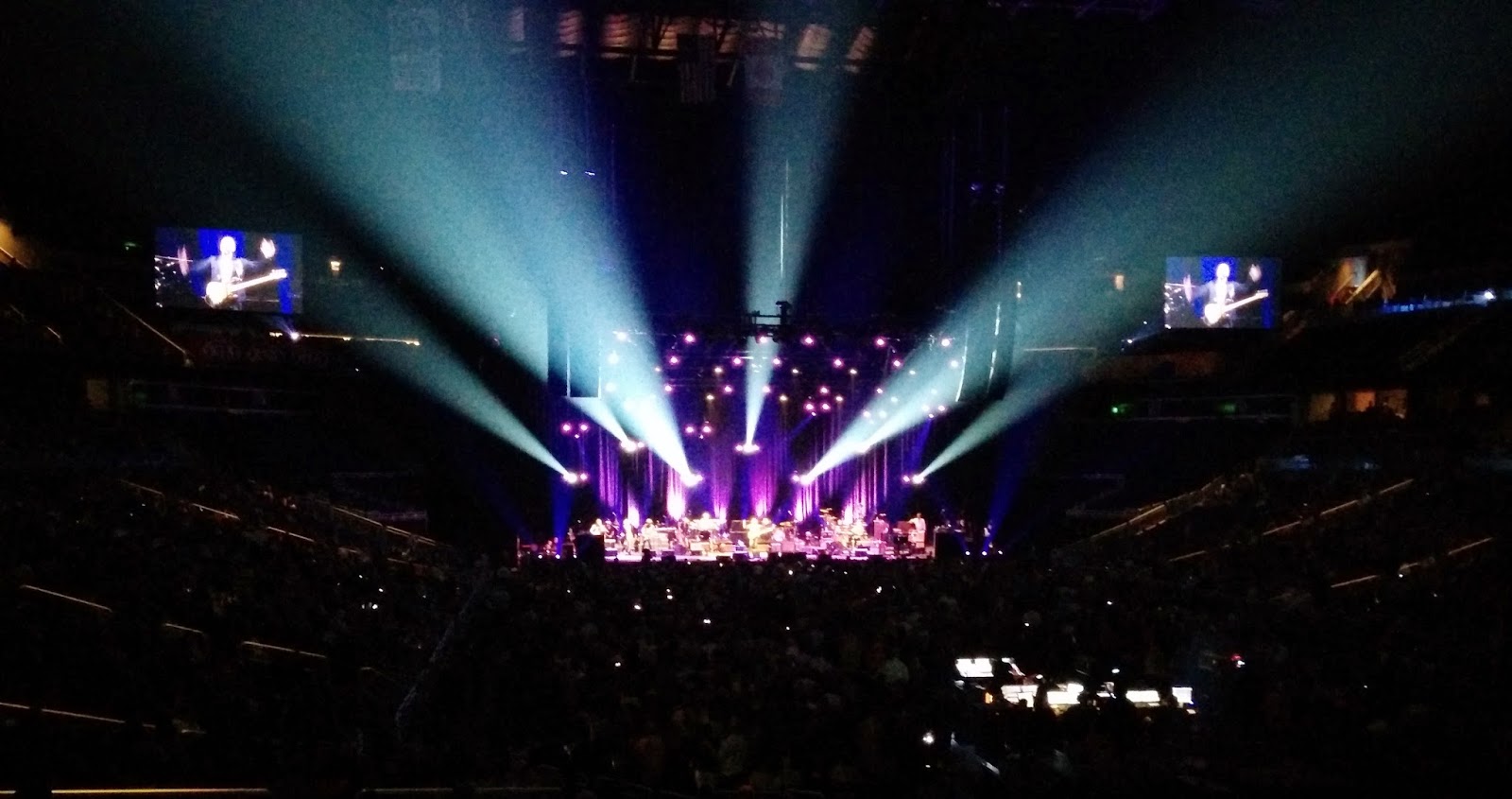 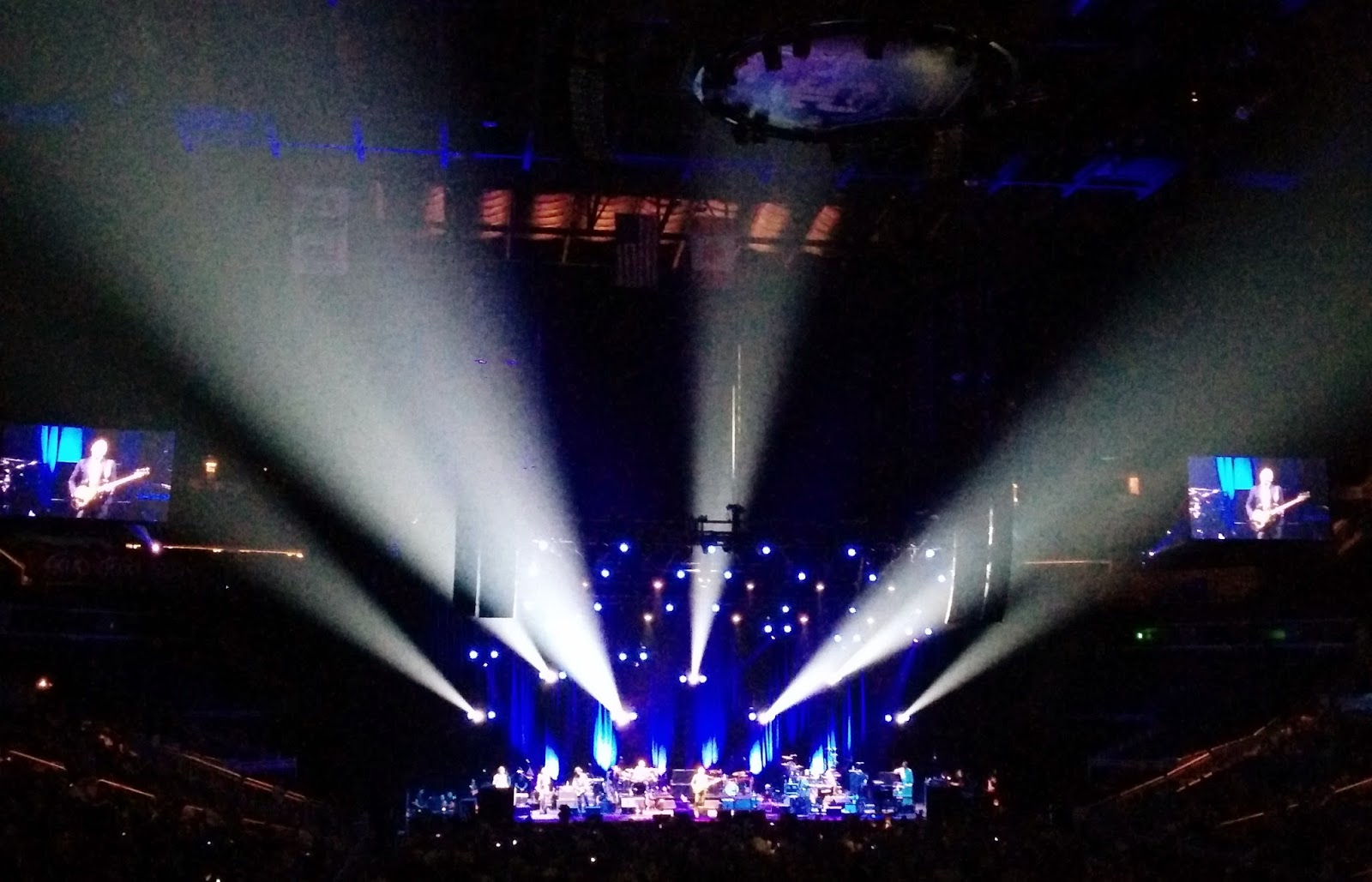 well worth the two hour drive to Orlando and the overnight - who knows how many more times Paul Simon will tour-  he is 72... and seemed less than up to carrying the concert as a solo which is probably why he shares the billing- many songs he would start with a bit of guitar playing and then drop it to sing and make some downright weird hand gestures (think Lang Lang- LOL) - but hey no one stays young forever---

He is and will always be one of the best songwriters of all time...and I have ALWAYS said that the Graceland album would be one of the ten albums I would take with me to a deserted island... and if I had to narrow it to five - it would still be on my list- as would Sgt. Peppers...so he will always be tops in my book even if he never picks up the guitar again...

And, just for another perspective, here is part of the review from the Orlando Sentinel by staff writer Jim Abbott- which summarizes the music much better than I have just working from memory-

"Simon and Sting spent about one-third of show on stage together, including an opening salvo that set the collaborative tone. After a minor delay in the show time, the two men strolled out casually to share vocals on Sting’s “Brand New Day,” Simon’s “The Boy in the Bubble” and another Sting solo hit, “Fields of Gold.”

"Backed by the combined ensembles, songs often rose above familiar studio versions, such as the fiery interlude in “Boy in the Bubble” powered by Sting’s forceful bass. Sting showcased his upper register in Simon’s “Bridge Over Troubled Water,” while Simon’s velvet tenor slipped smoothly into Sting’s “Fragile.”
The duets bridged mini-sets by Simon and Sting that offered more hits. Sting moved into rock (“Every Little Thing She Does Is Magic,” “If I Ever Lose My Faith in You,” “Message in a Bottle”) and took other stylistic turns.  His horn-fueled attempt at country, “I Hung My Head,” sounded more like classic R&B, but was still wonderful."

"Simon focused faithfully on his solo career with “50 Ways to Leave Your Lover,” “Graceland,” “Still Crazy After All These Years” and “Dazzling Blue” (off 2011’s “So Beautiful or So What”).  Along the way, the similarities became more apparent. Whether it was the Algerian influences in Sting’s “Desert Rose” or the Brazilian drums in Simon’s “The Obvious Child,” the approaches are surprisingly alike.  Even better, they looked like old friends; while no one can replace Simon’s original partner, this promising team shows that a guy can’t have too many friends."