so our Friday night activity was a new theater venue (new to us) called Dead Writer's Theater.  We went to see Jane Austen's "Emma" - a book I loved (but not quite as much as Pride & Prejudice) and at least the third production of Austen we have seen.  We saw Sense & Sensibility at Northlight and Northanger Abbey at Remy Bumppo (both of those productions featured Greg Matthew Anderson, one of our favorite performers- see the post "a virtuoso performance" http://semifreelife.blogspot.com/2012/04/virtuoso-performance.html for my review of his incredible Chesapeake) 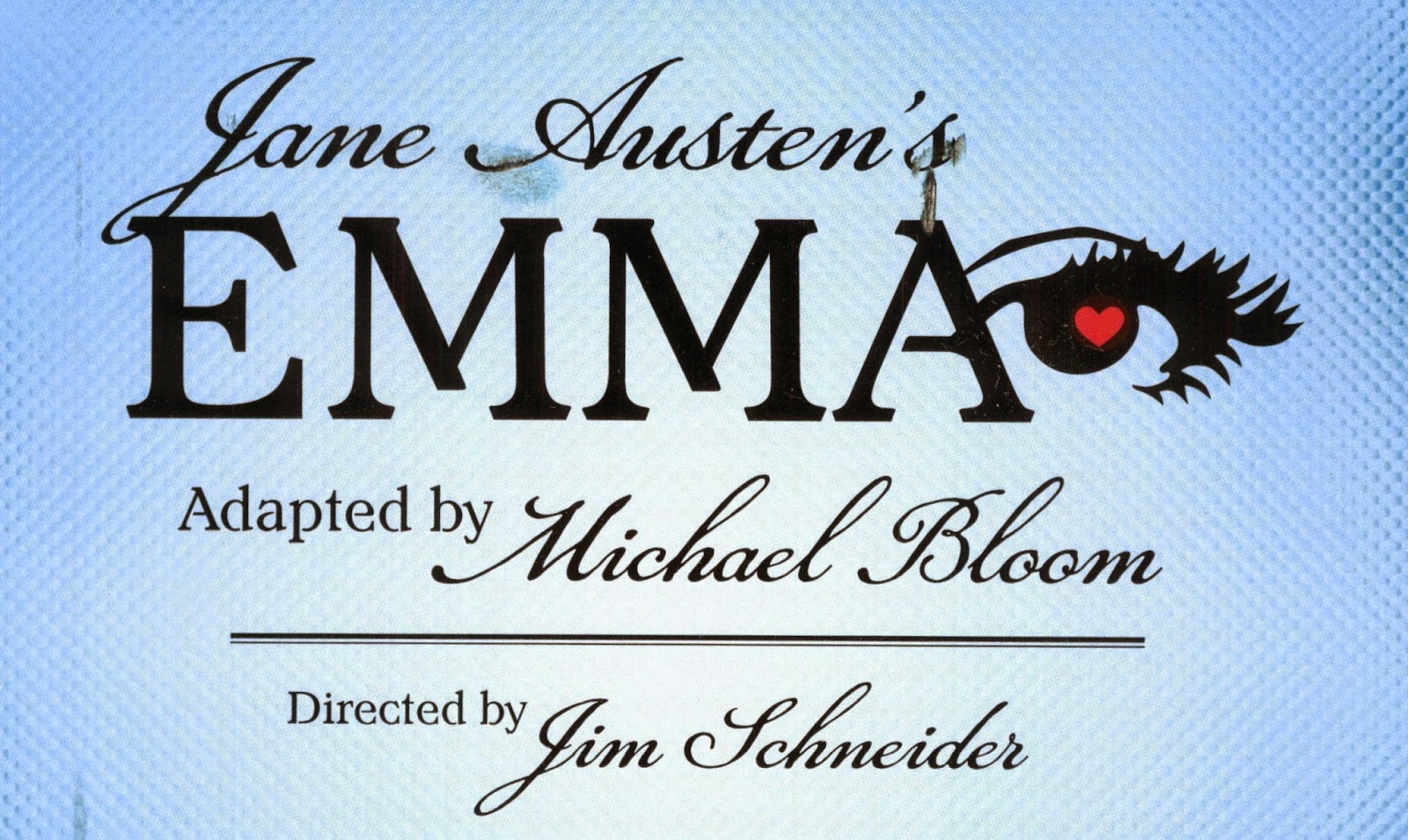 In general I find Austen an entertaining evening- so I was predisposed to liking the play....and I did - however, I  thought the performance of Emma lacked subtlety - this Emma was too shallow and one didn't really see that she had another side that was not so meddlesome and know-it-all... and honestly I think Mr. Knightley could have been a touch more appealing as well.  I did think the young woman cast a Miss Smith was perfect in her minor role and several of the others were quite good (Mrs. Watson in particular did well in a secondary role)

overall I would say- if you are interested in this story rent the Emma version from Miramax films with Jeremy Northam as Knightley and Gwyneth Paltrow as Emma... there you will see a masterful and nuanced performance of the leads that sets a standard for dramatic productions of Austen's wonderful novel. 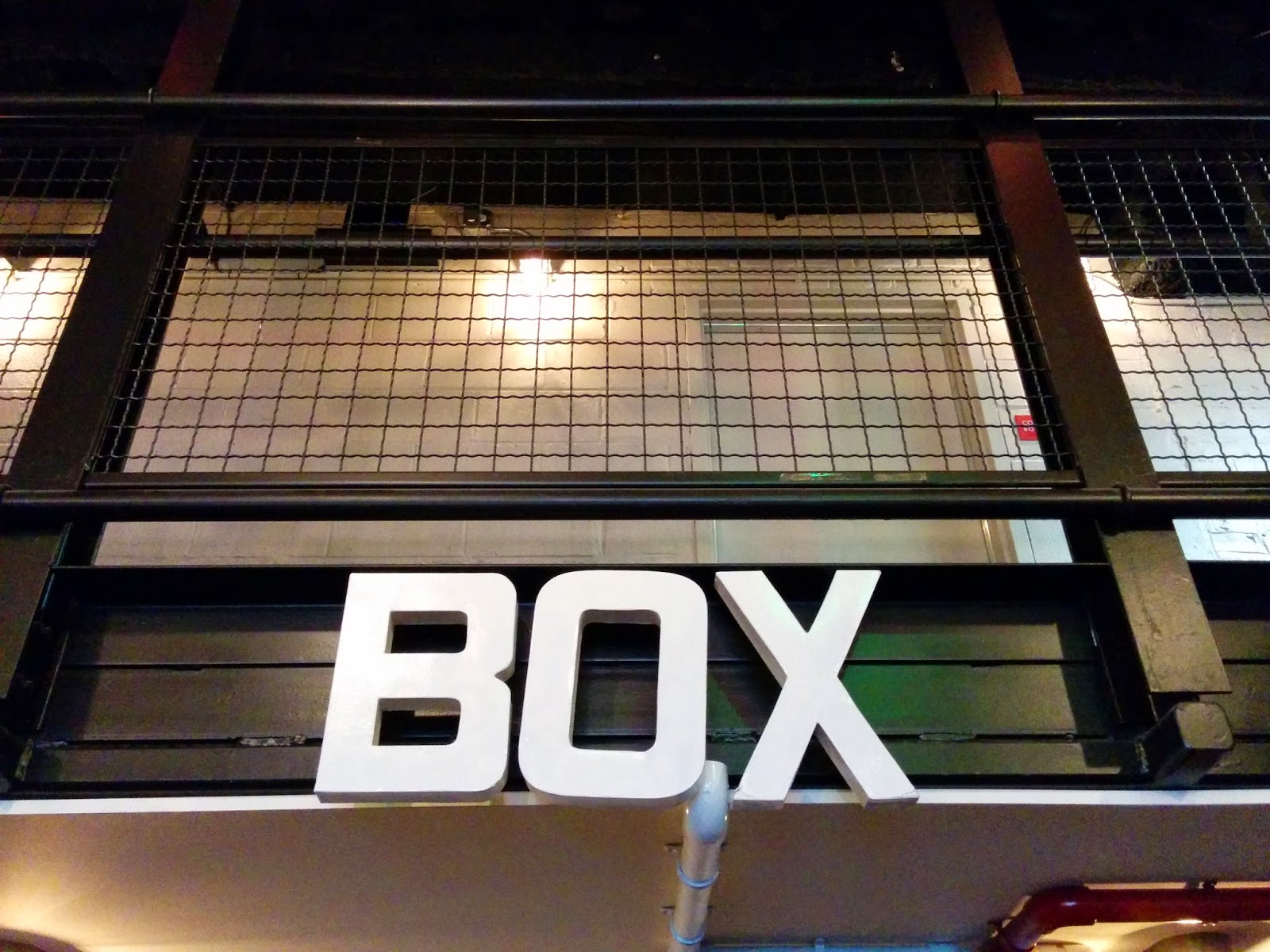 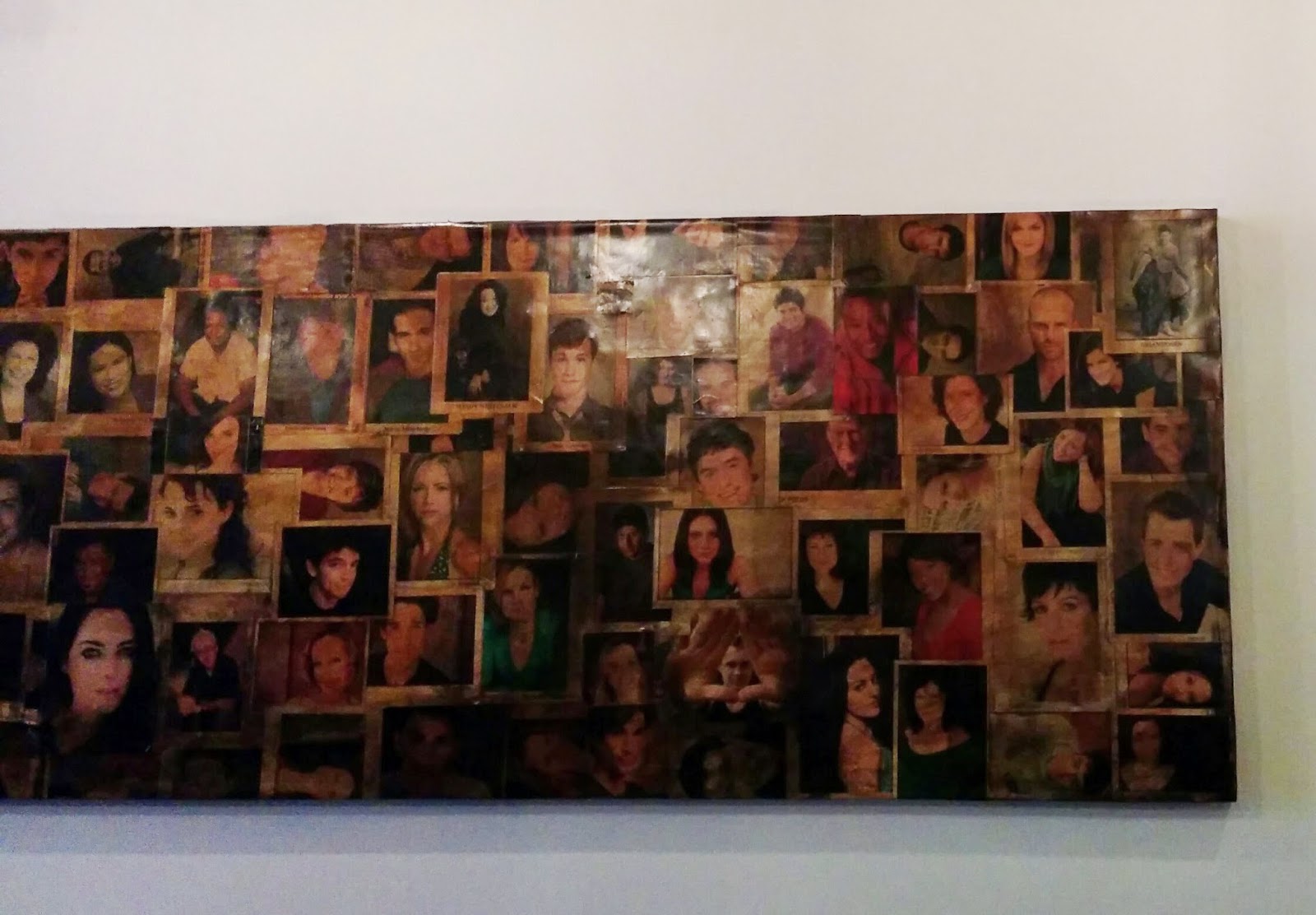 the staging was also excellent- and made wonderful use of limited set space in creating many many different scenes as the year long action took place... 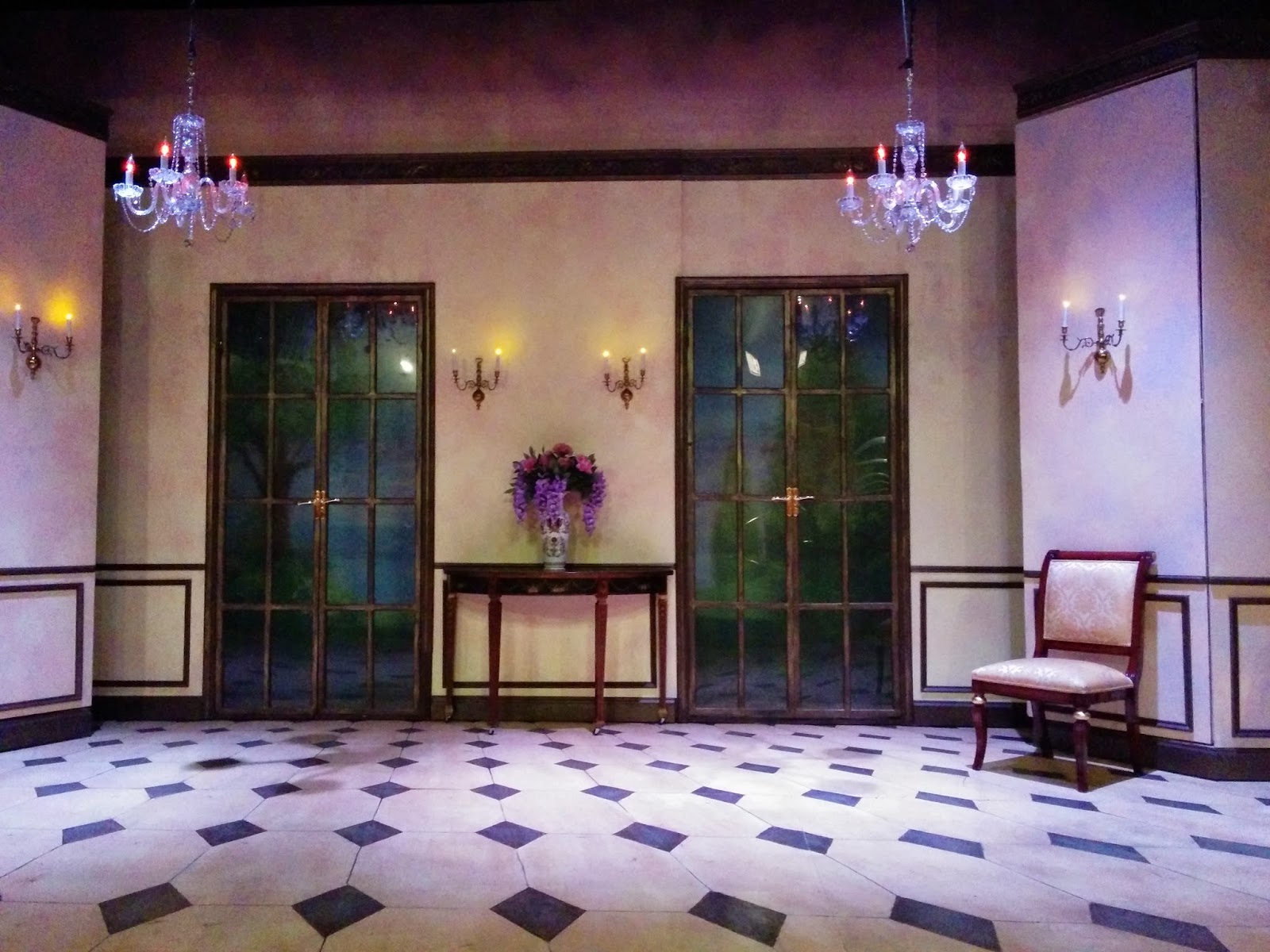 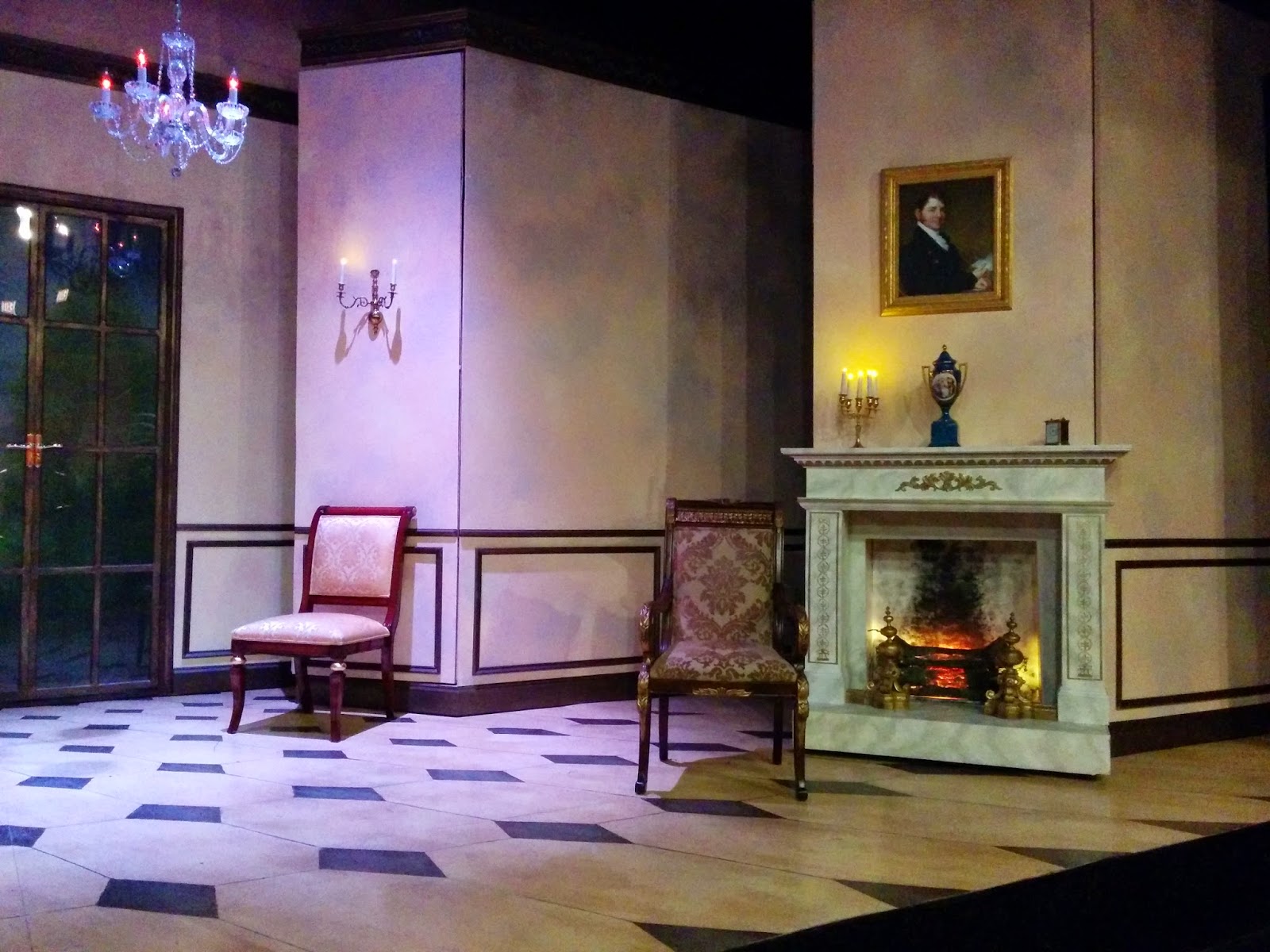 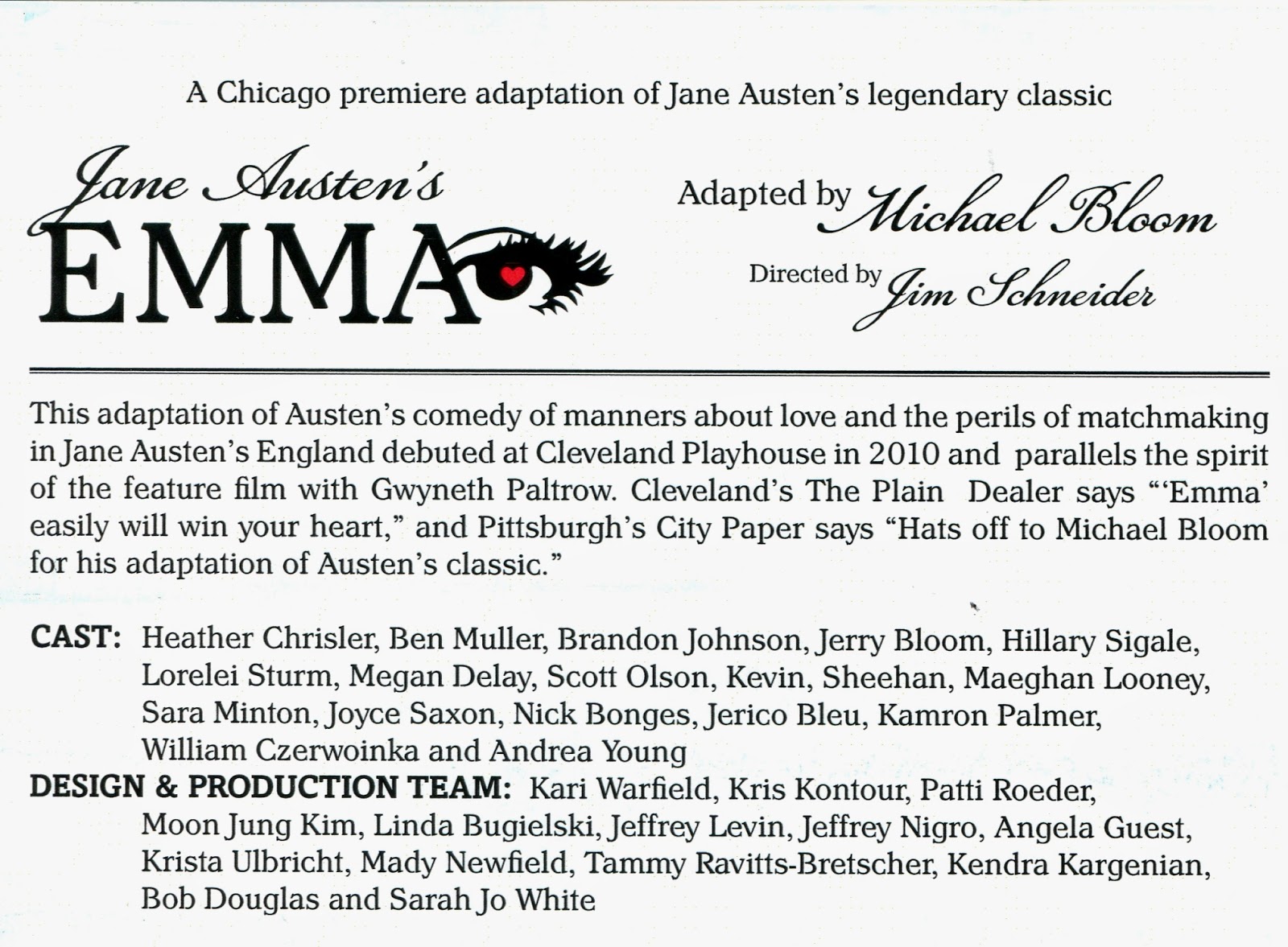 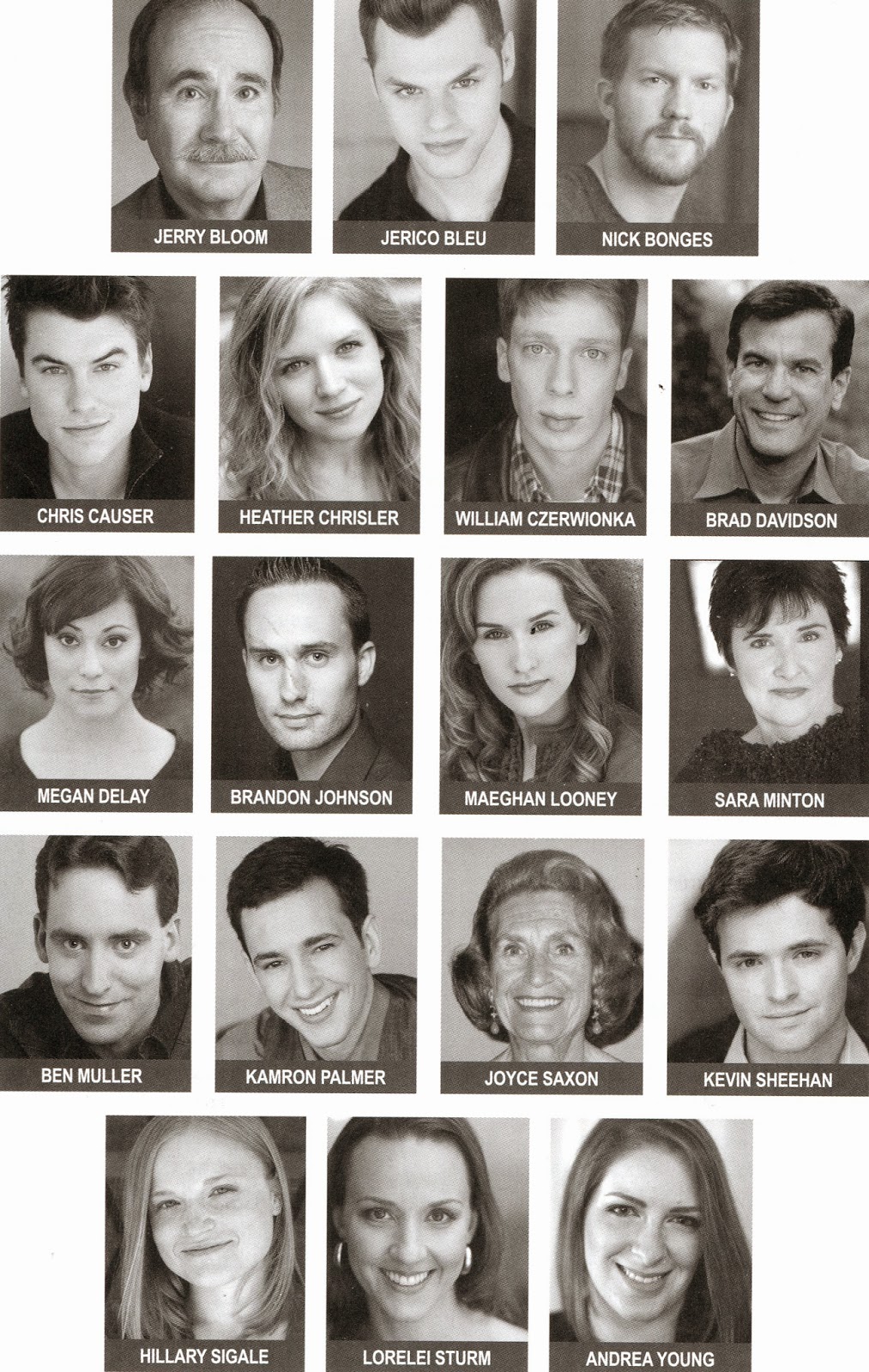 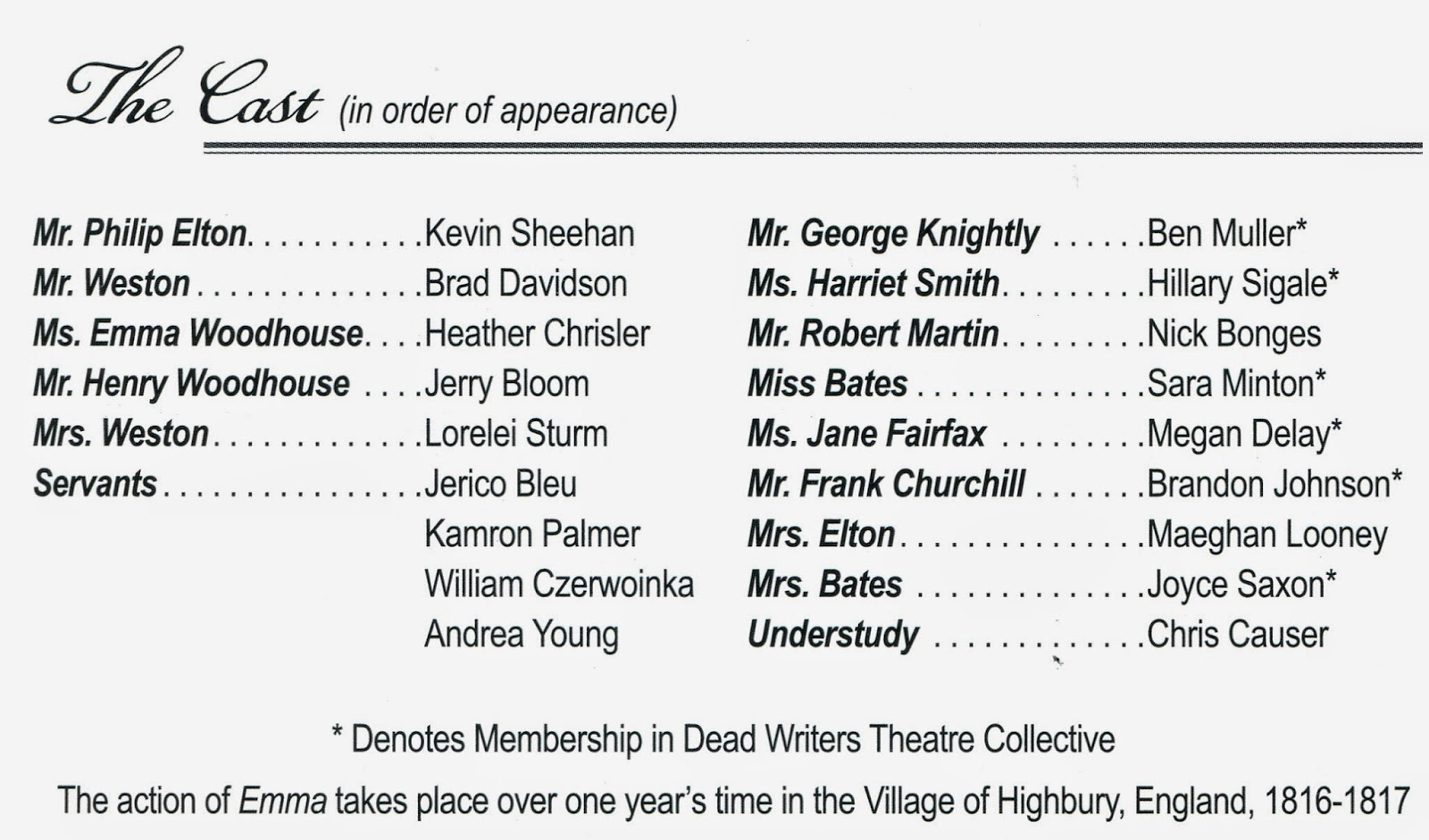 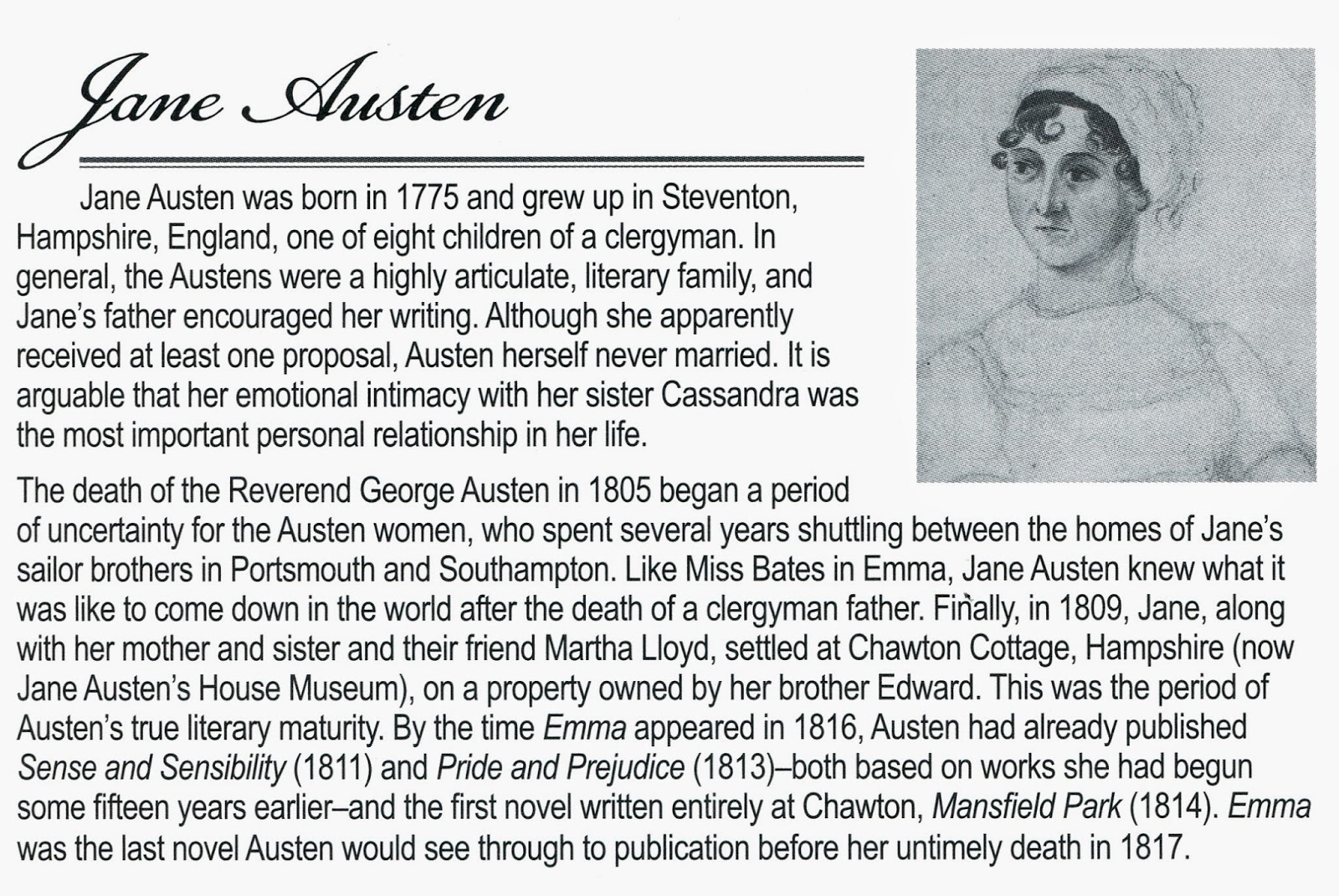 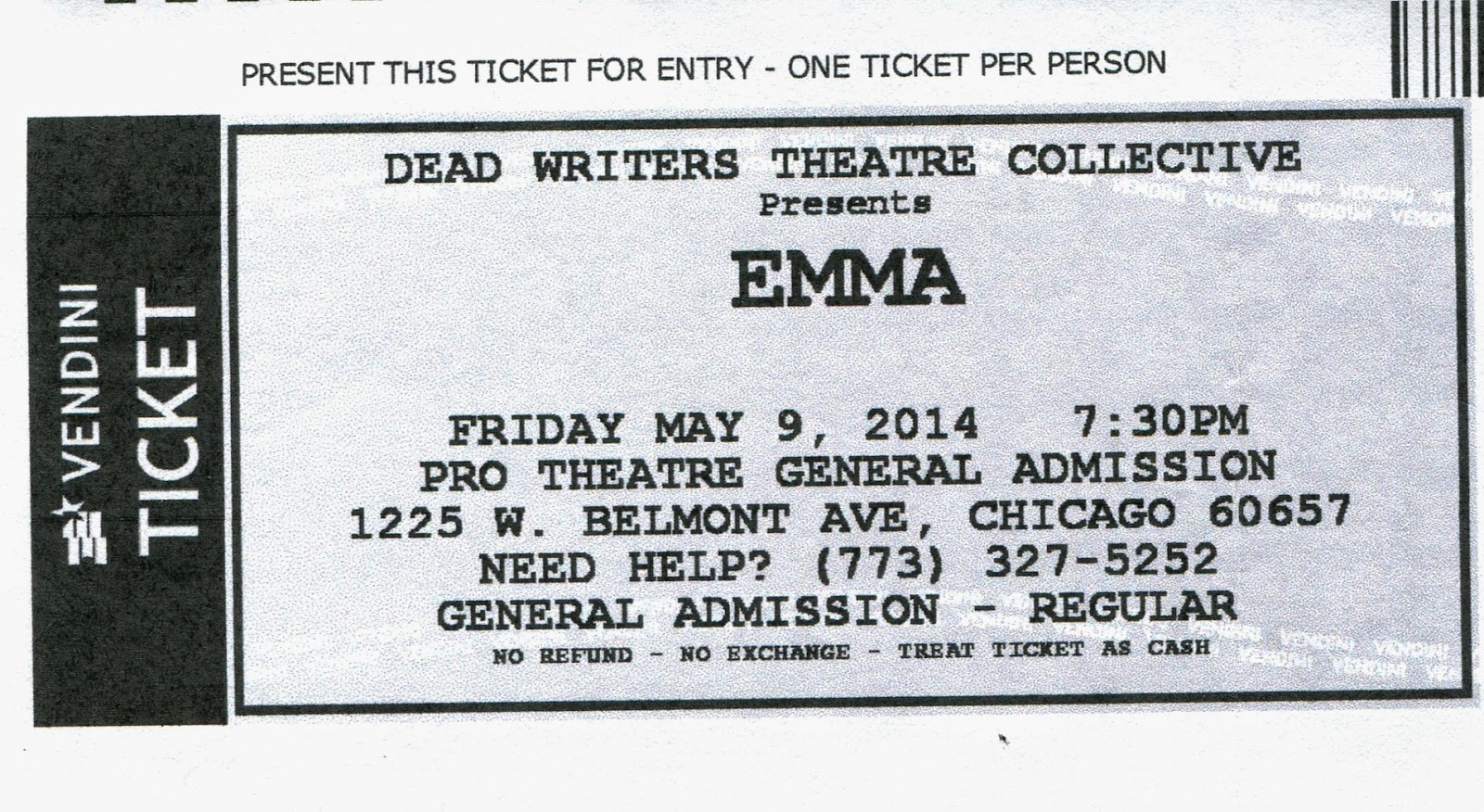 so our evening of entertainment brought several good laughs and a touching moment or two... but this was not in my opinion "must see" the way say "The North China Lover" was at Lookingglass or "The City and the City" was at Lifeline - or even "Concerning Strange Devices from the West" was at Time Line...

however I am intrigued by their upcoming works and so will probably stay in the loop of information on their productions.
Posted by TOR at 1:24 PM