Road to the Past

so off we went the next day to Greenfield Village - the outdoor museum of the Henry Ford Museum complex... I had been there back in the same era as I was eating my long lost favorite pizza (the early to mid 70s- which was also the era of my prior husband who was born and raised in Detroit - which is how I came to visit it the first time... we divorced more than 30 years ago so you can figure I had little memory of my first visit) Phil had been here more recently with his kids but weather had kept them in the museum for the better part of their visit and so we both had lots to discover in the outdoor collection amassed here.

The first challenge was deciding what tickets combinations to buy- if you buy the Village and don't get the combo with the Ford Museum then you can present your ticket the same day and get into the museum for half price- OK... next choice an all day transportation ticket? offering vintage buses, steam trains, horse and buggy rides along with Model T and A car rides (real ones not replicas!) or you could buy each mode separately - we took the train for an additional $5 each - private museum no AAA discount :-(

so off we went under clear blue skies to the Village entrance- our first stop was a bench to check out the map and circle which buildings (of many many choices) we did not want to miss.  Then we headed to the train - intending to take it to the stop nearest the Tavern where we wanted to have lunch before starting out on our explorations. 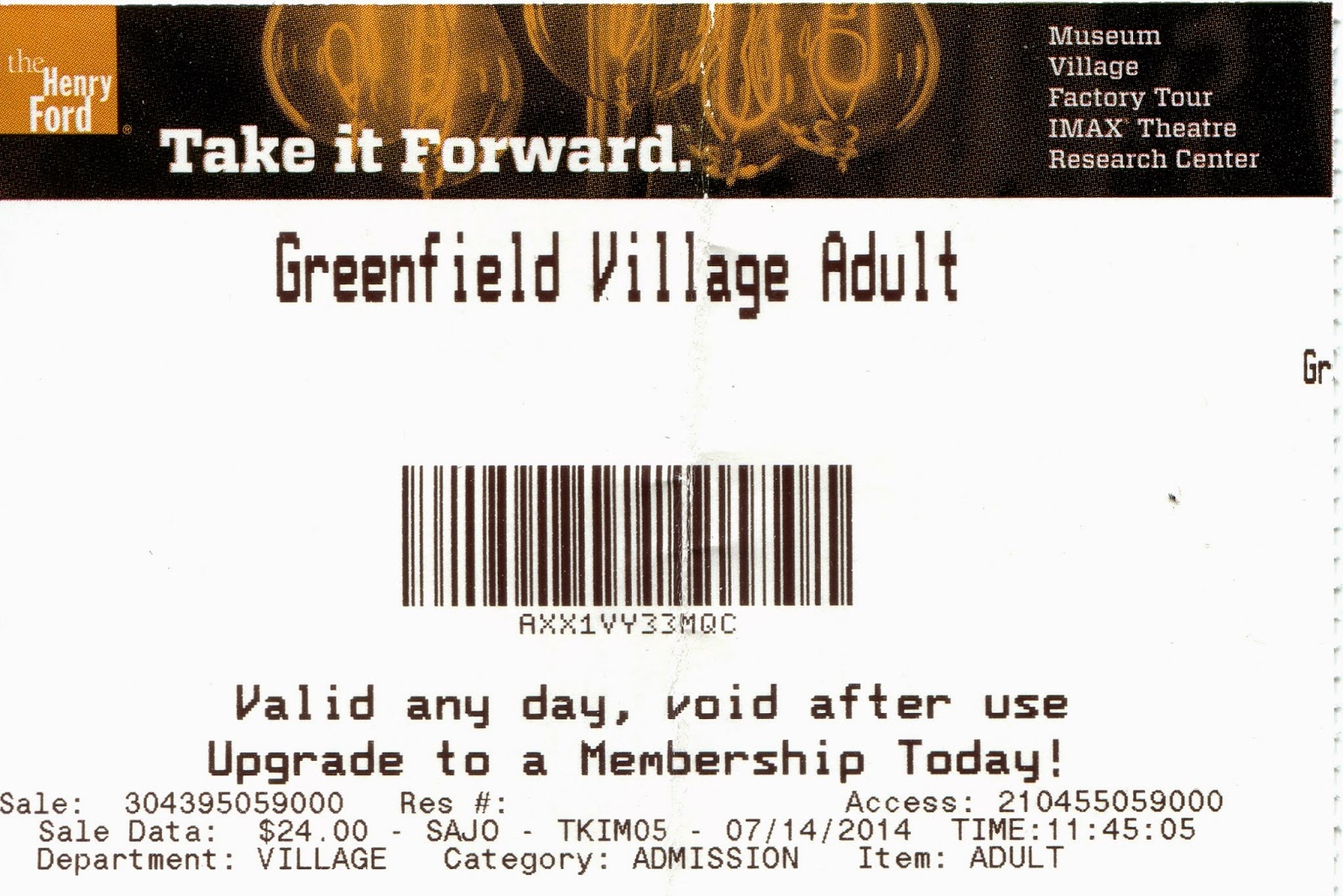 the tavern in the Village is highly rated on Trip Advisor as a place to eat in Detroit (not merely the Village) so we headed there first... via the train- 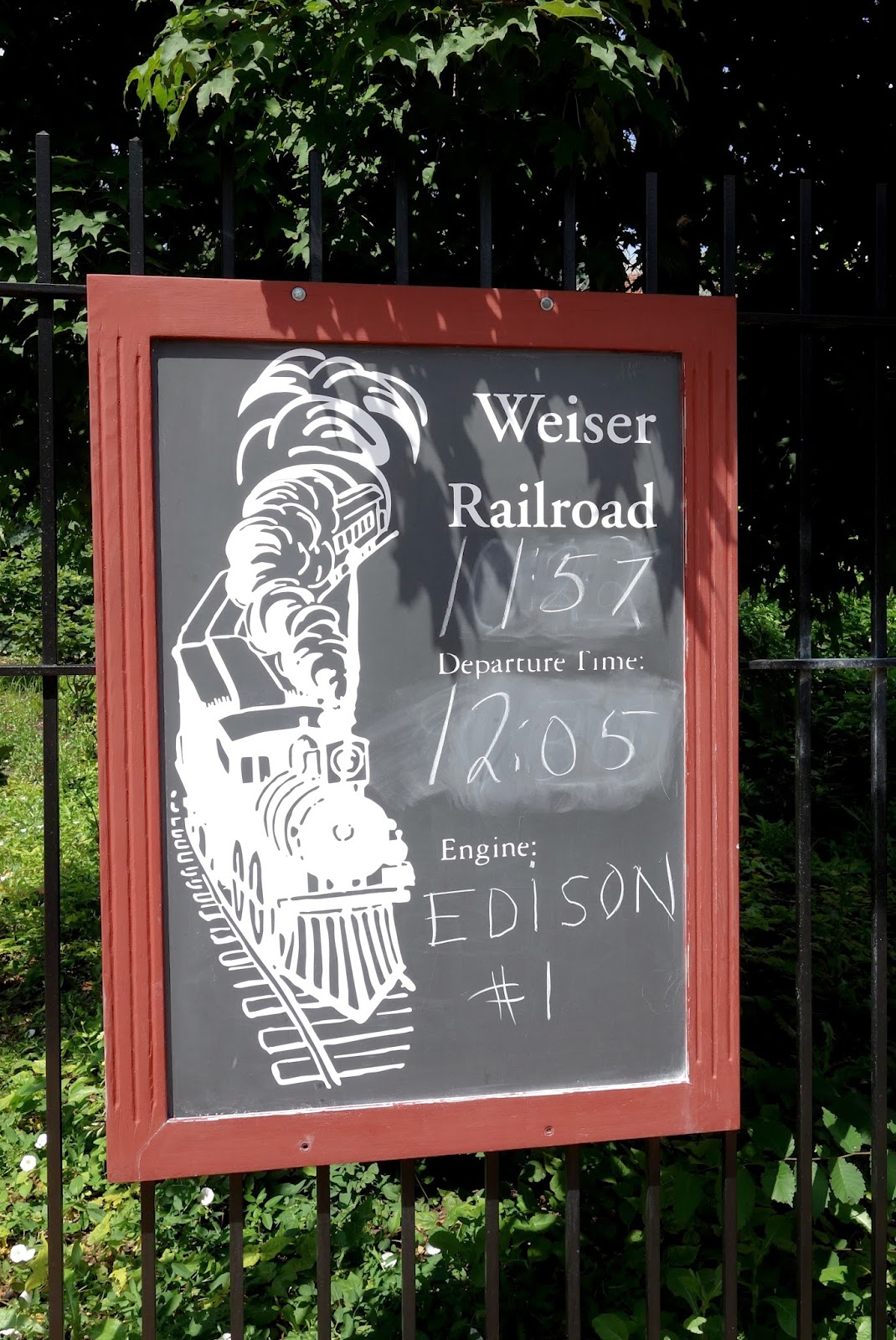 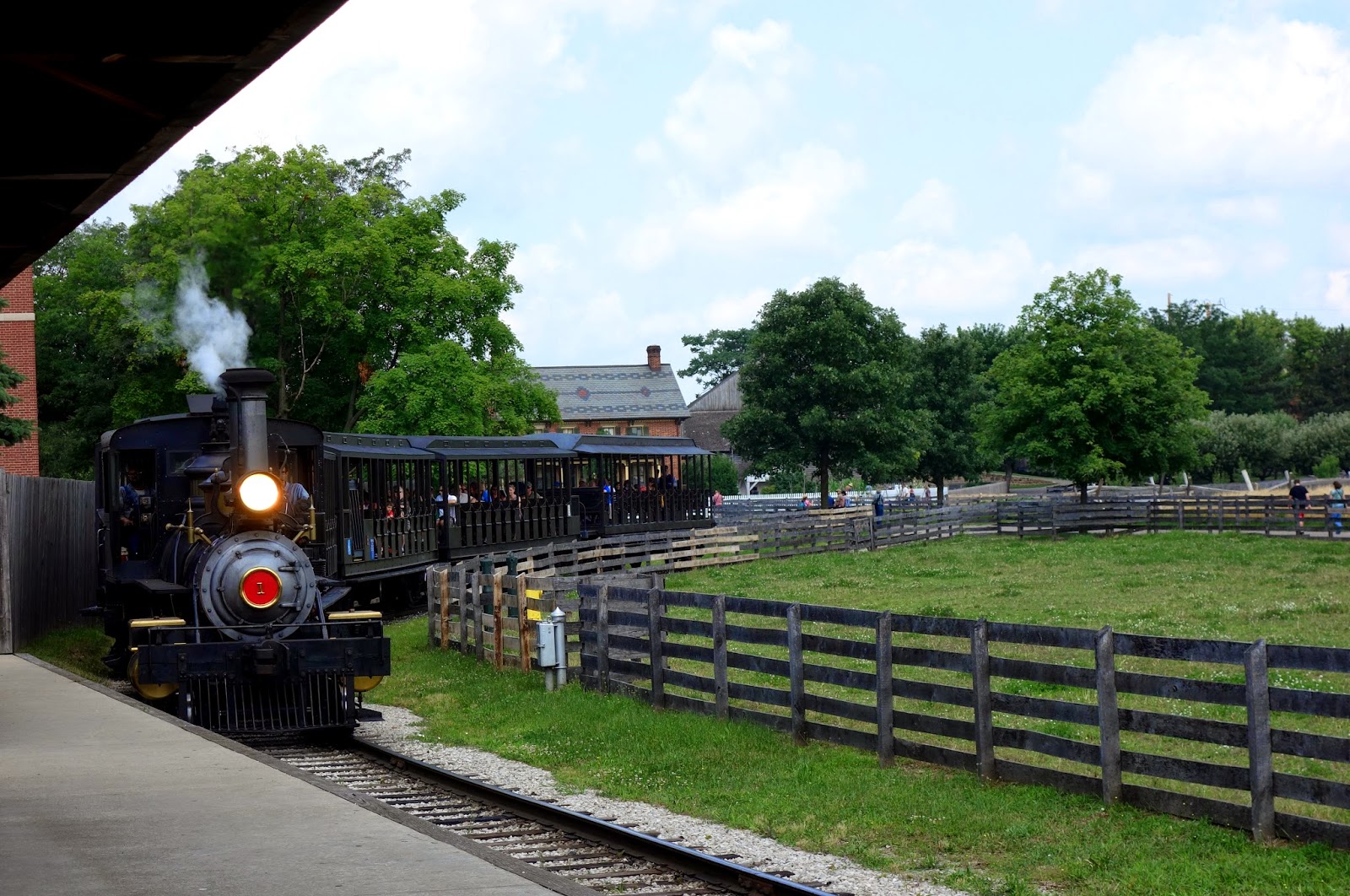 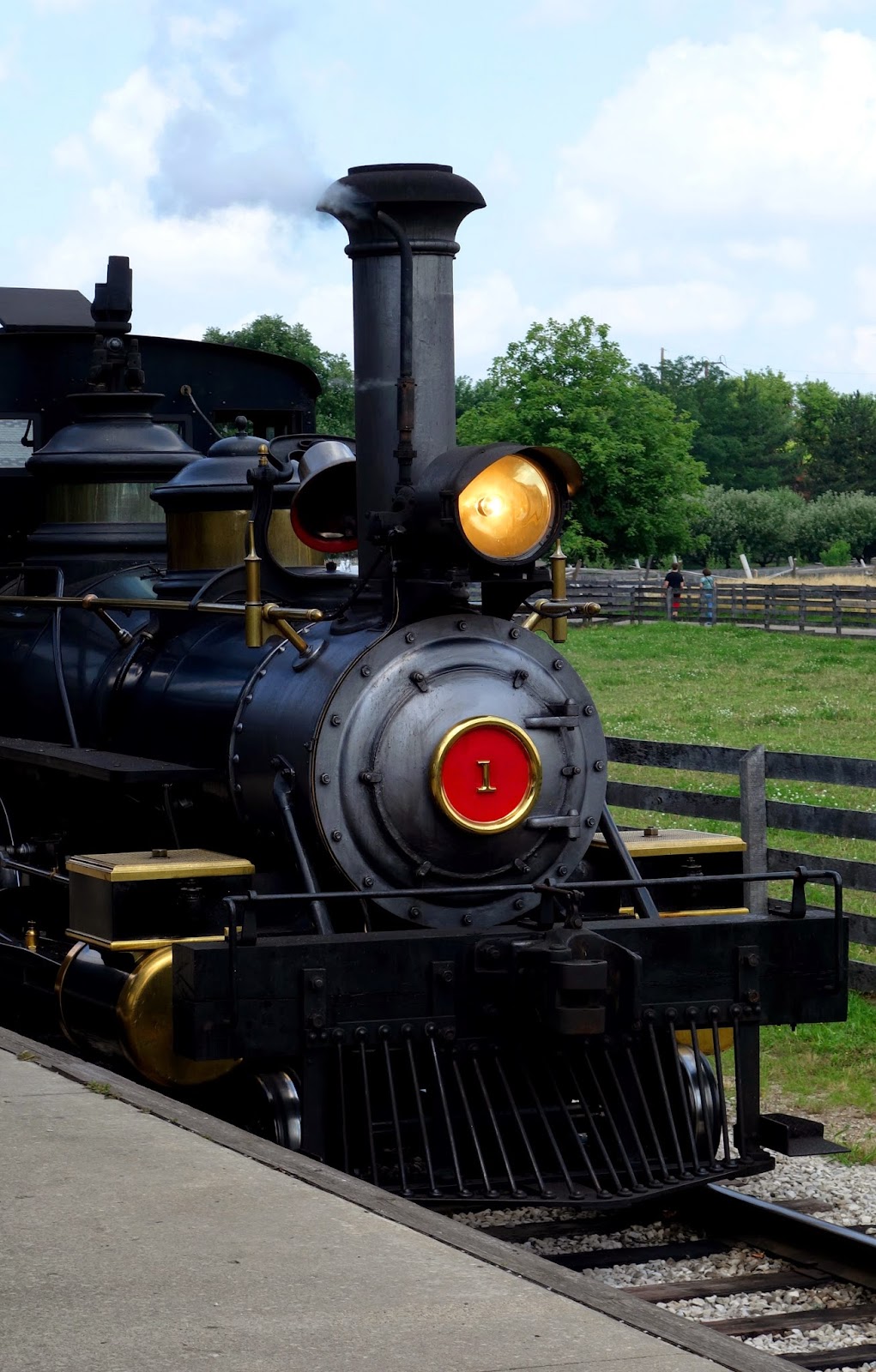 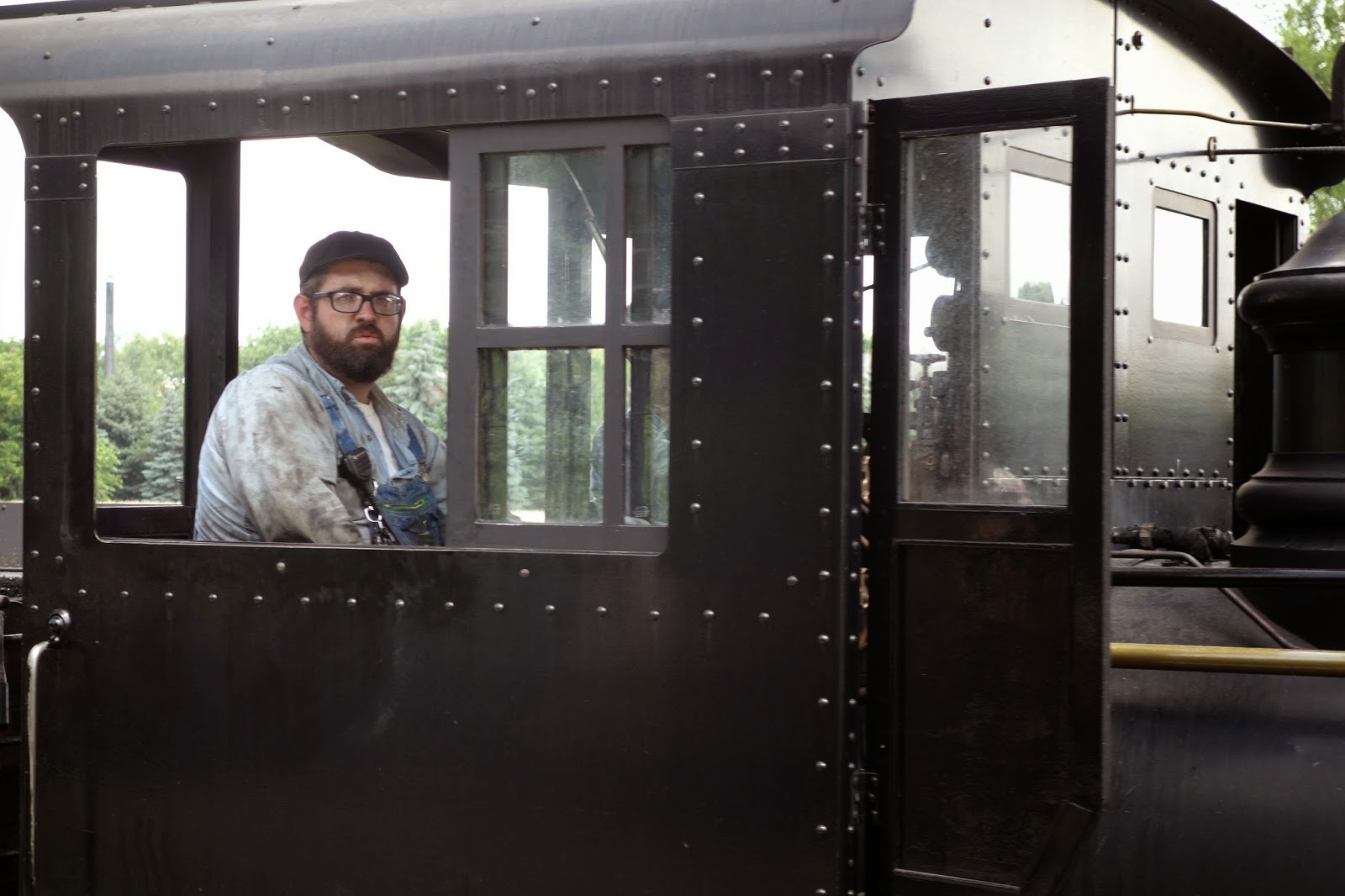 We passed bucolic sheep in  meadows views- along with gazebos and windmills and farm gardens - even spying a family out for a drive in their NEW FORD! - before arriving at our stop (which included the Western Union station) 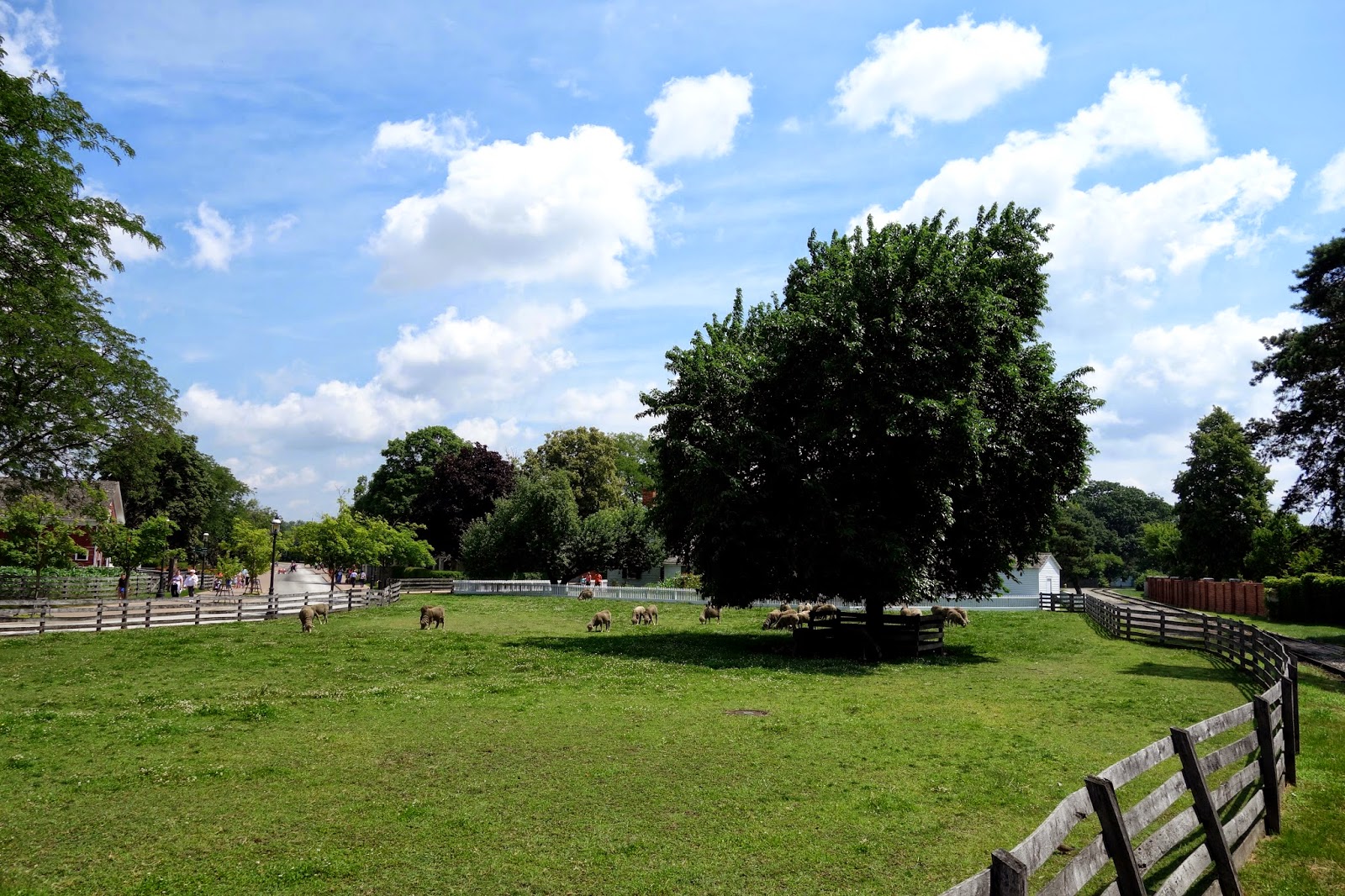 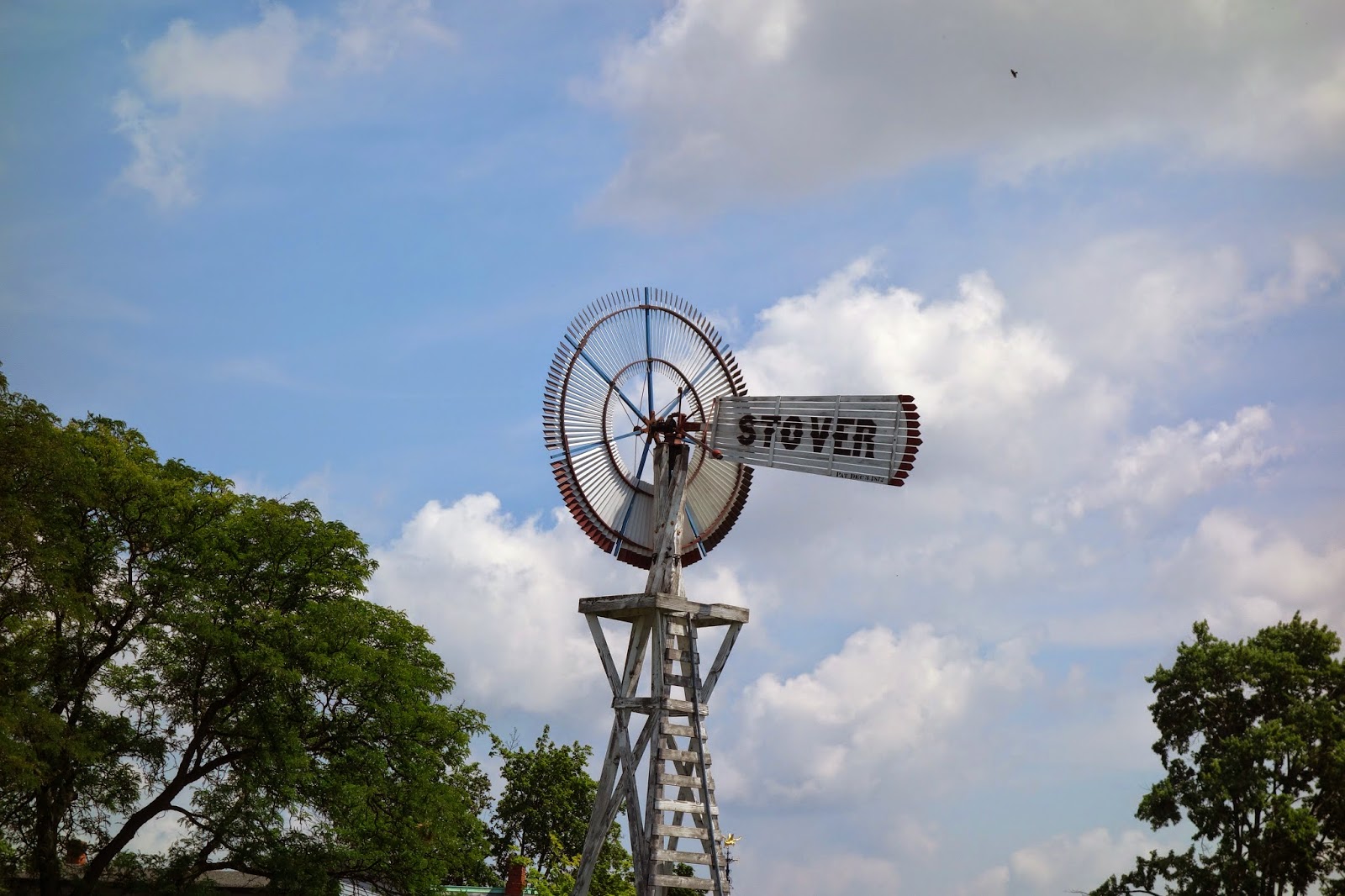 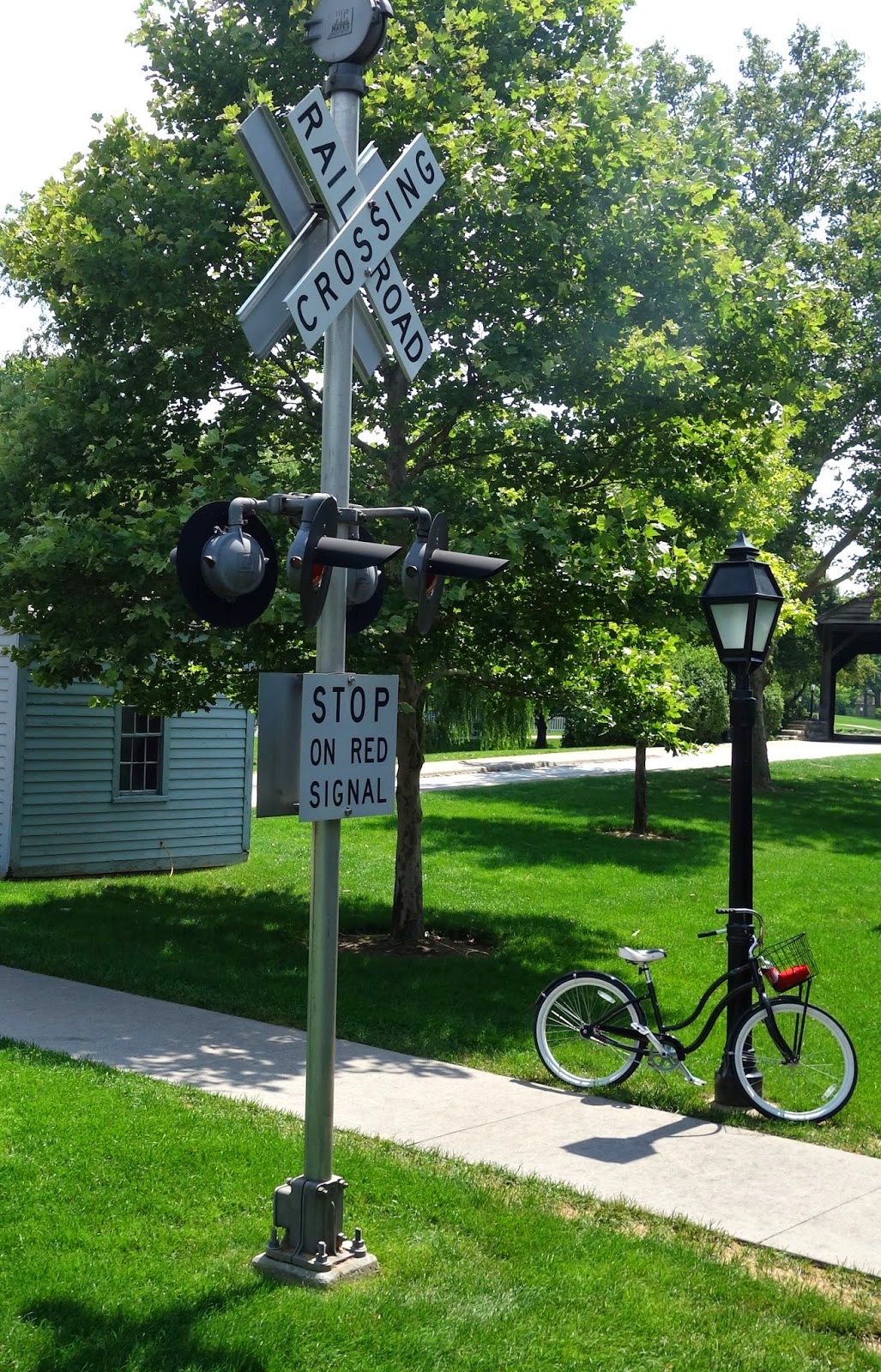 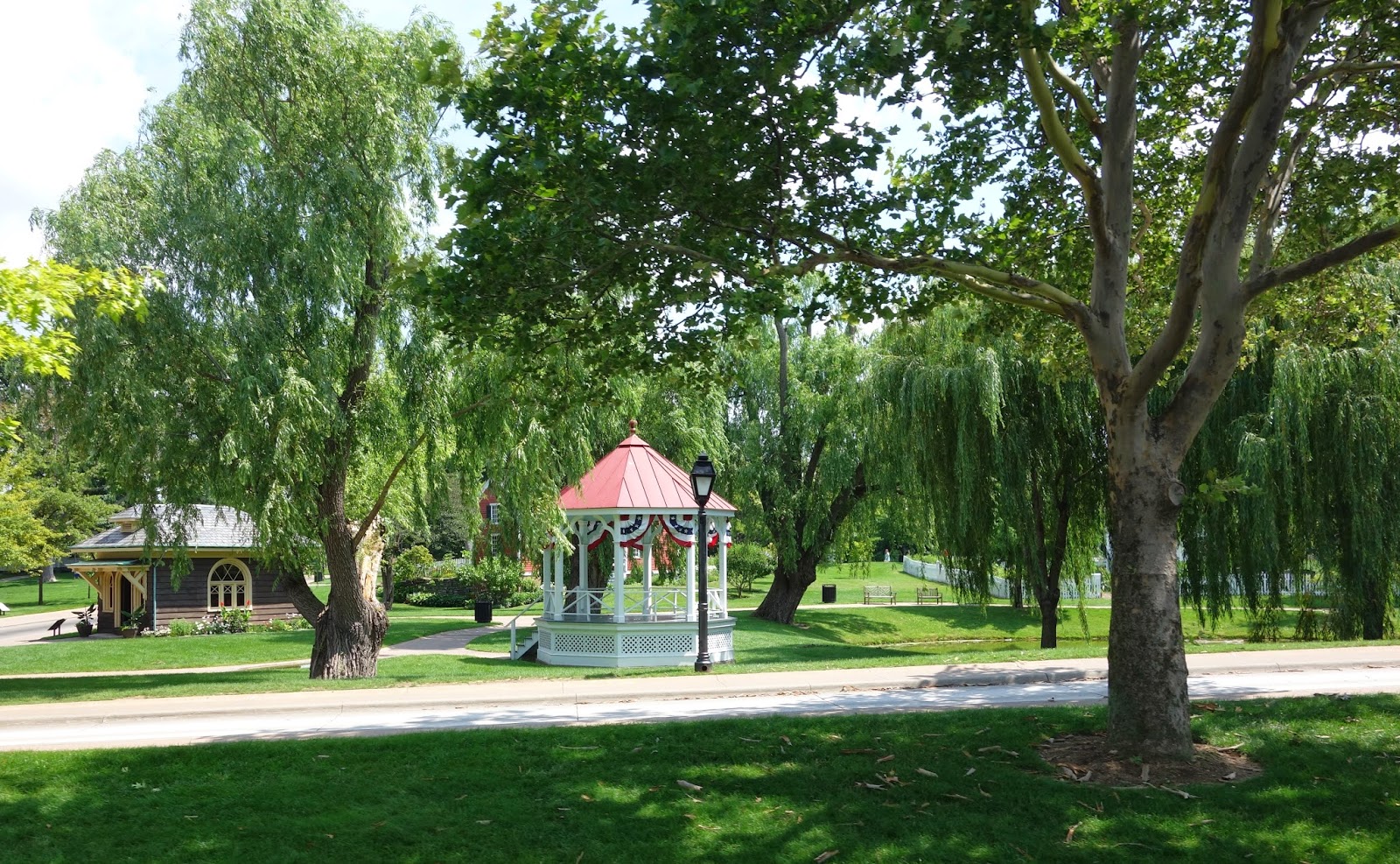 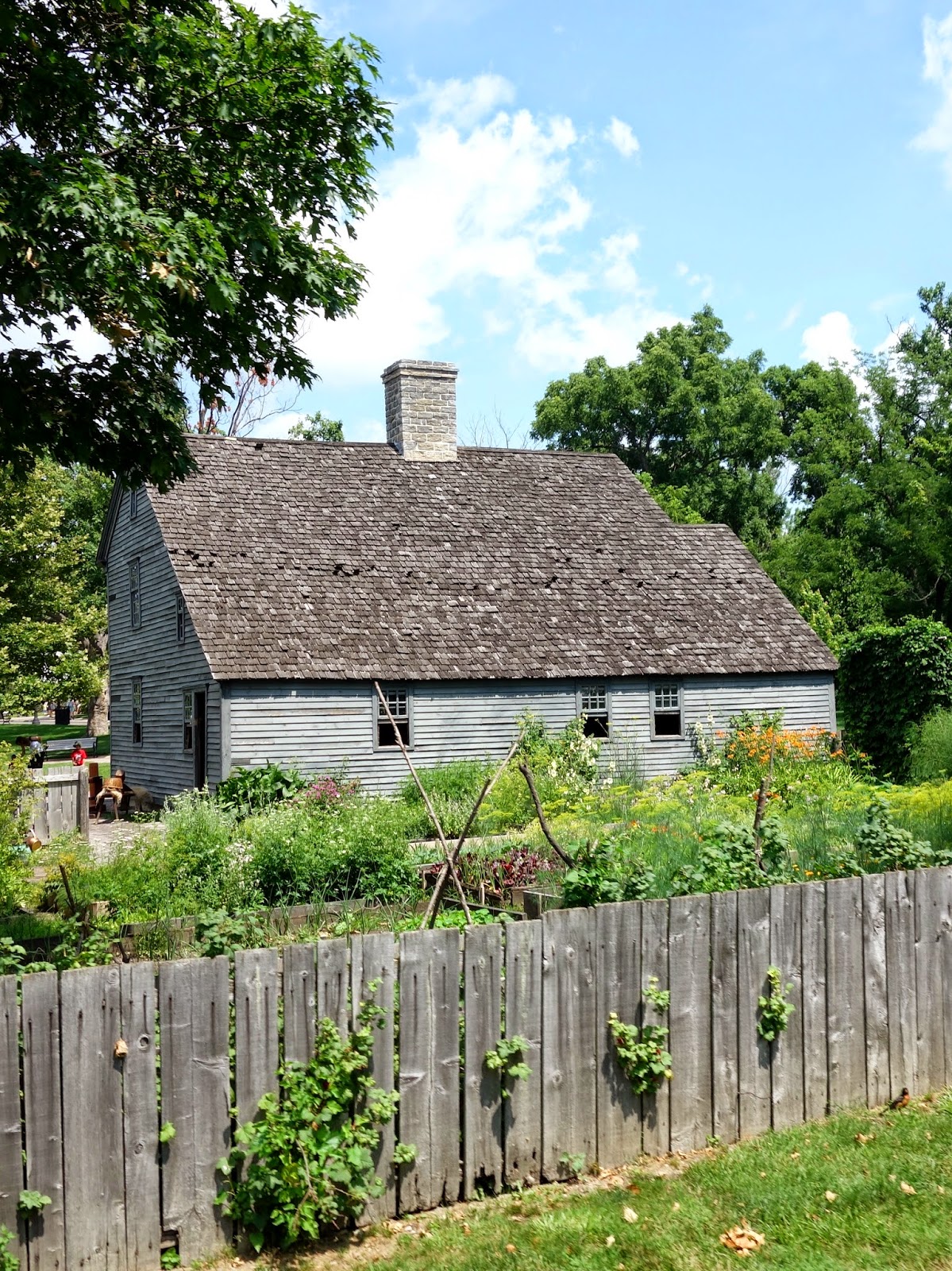 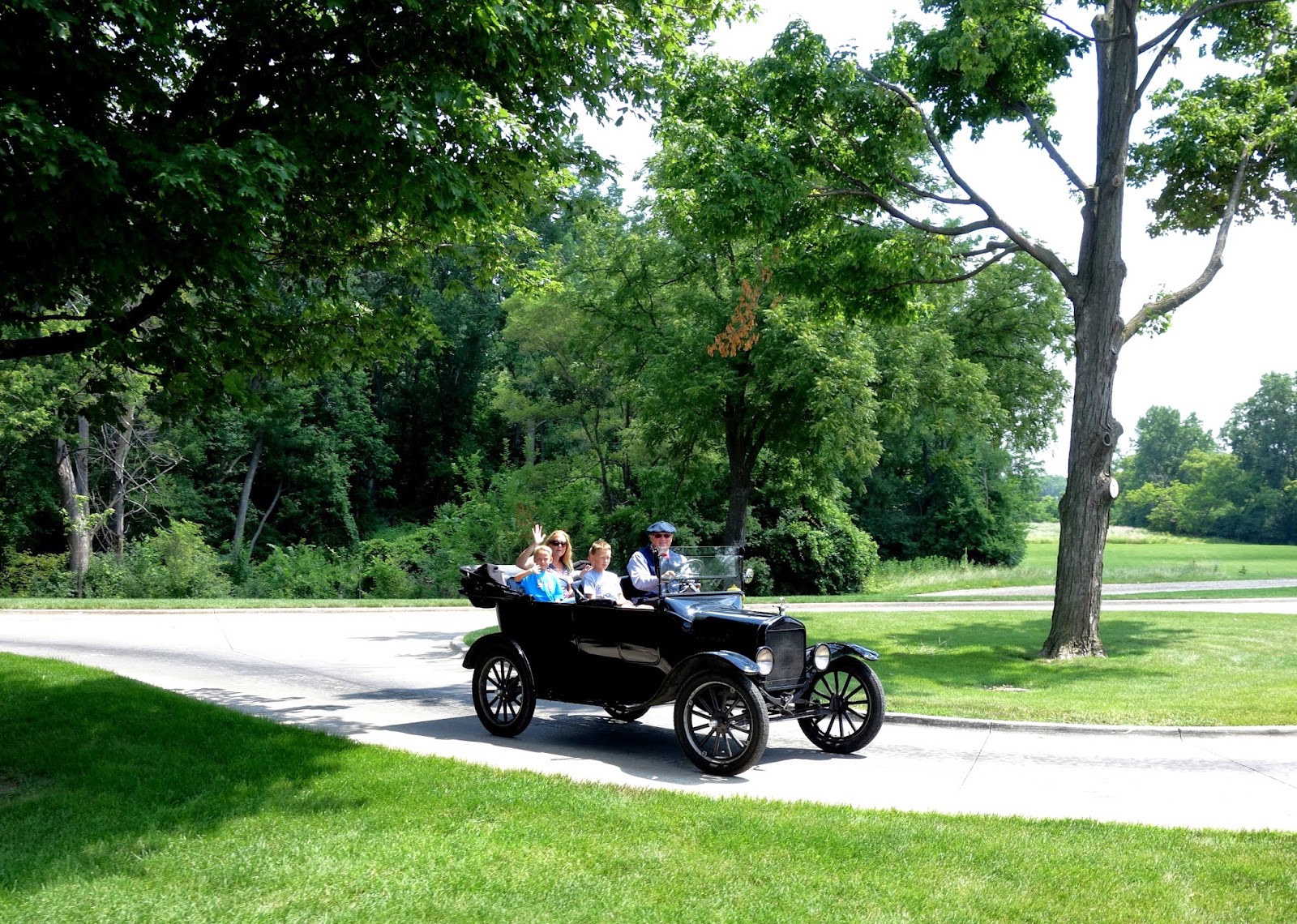 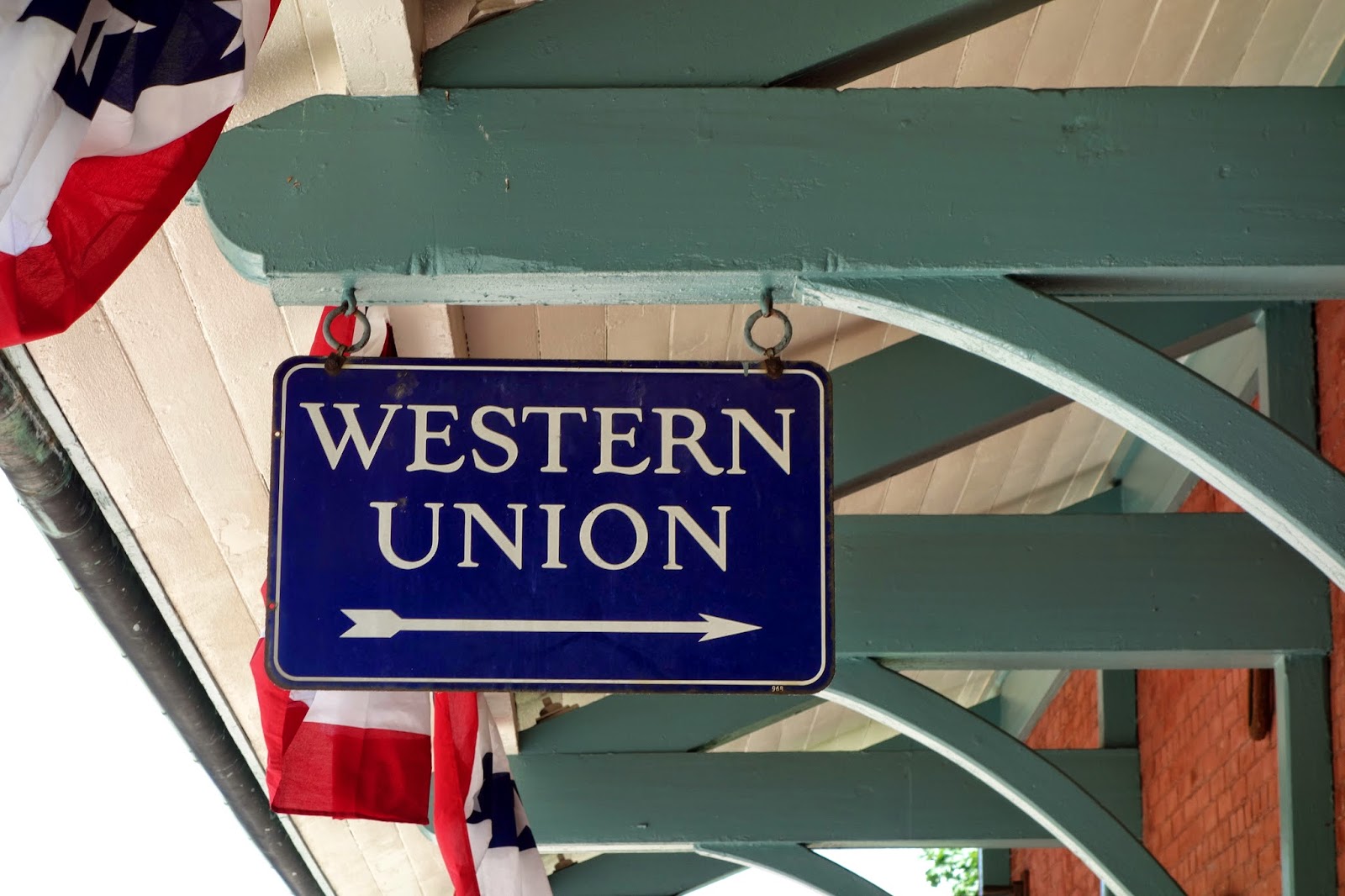 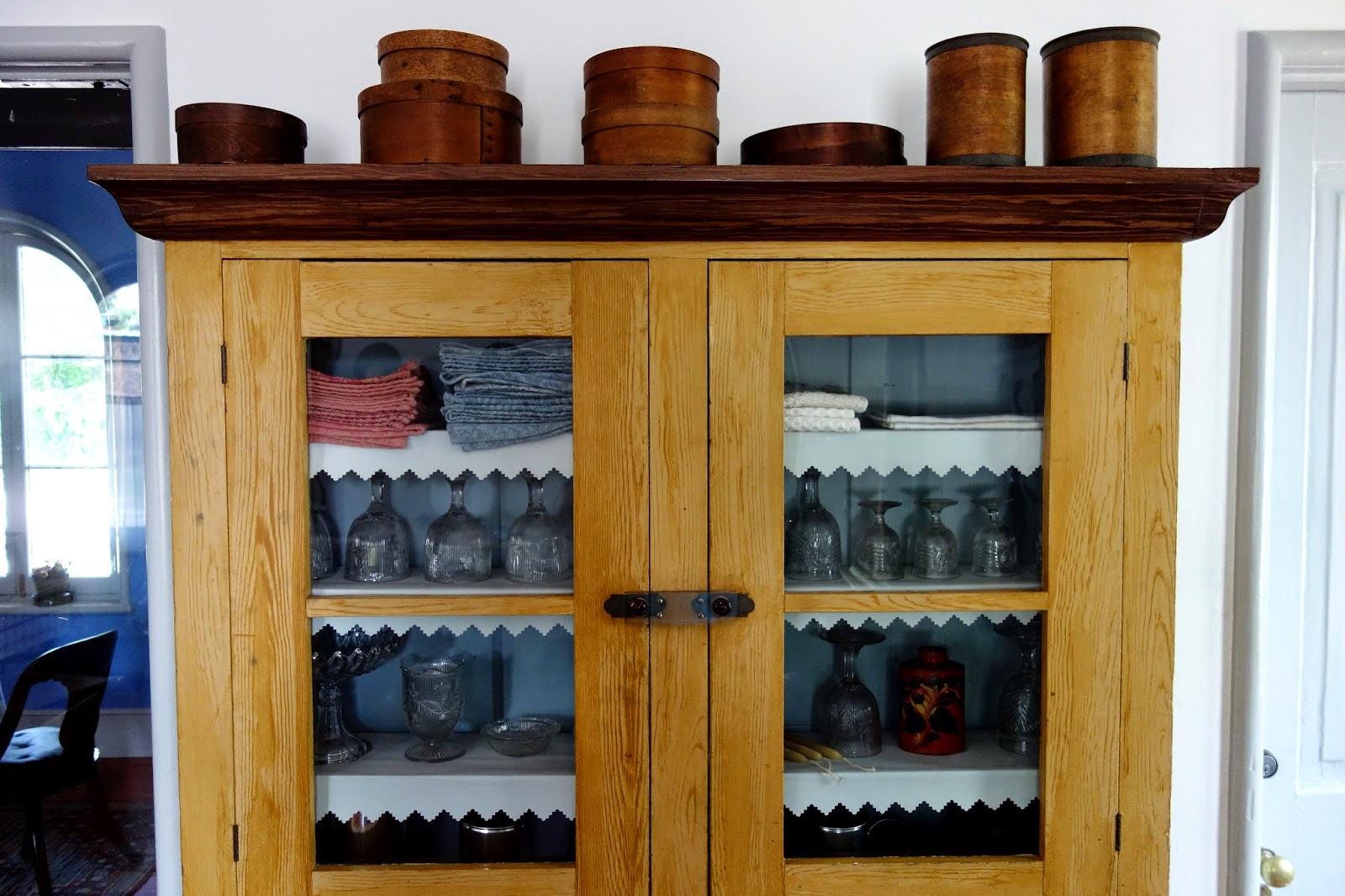 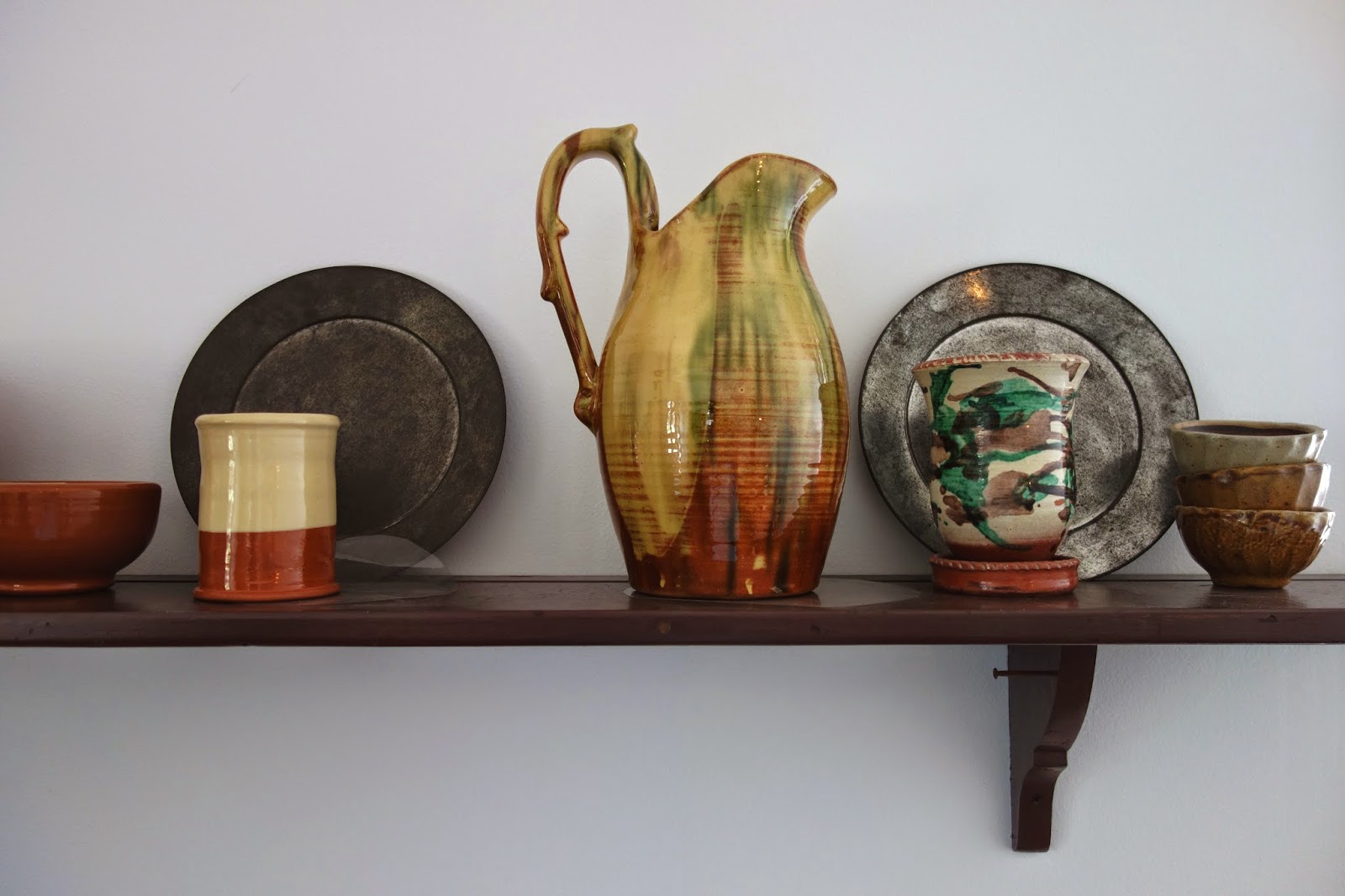 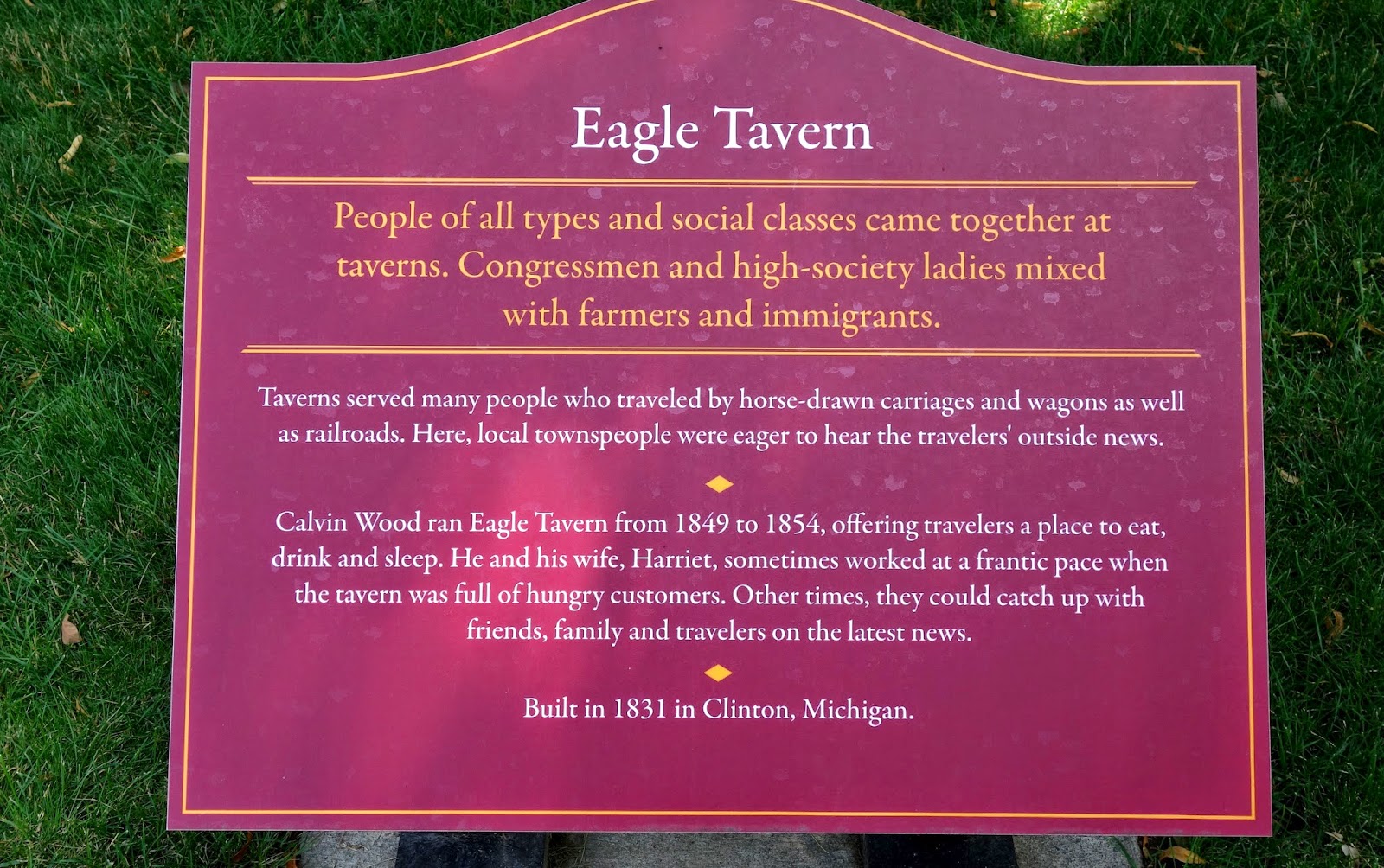 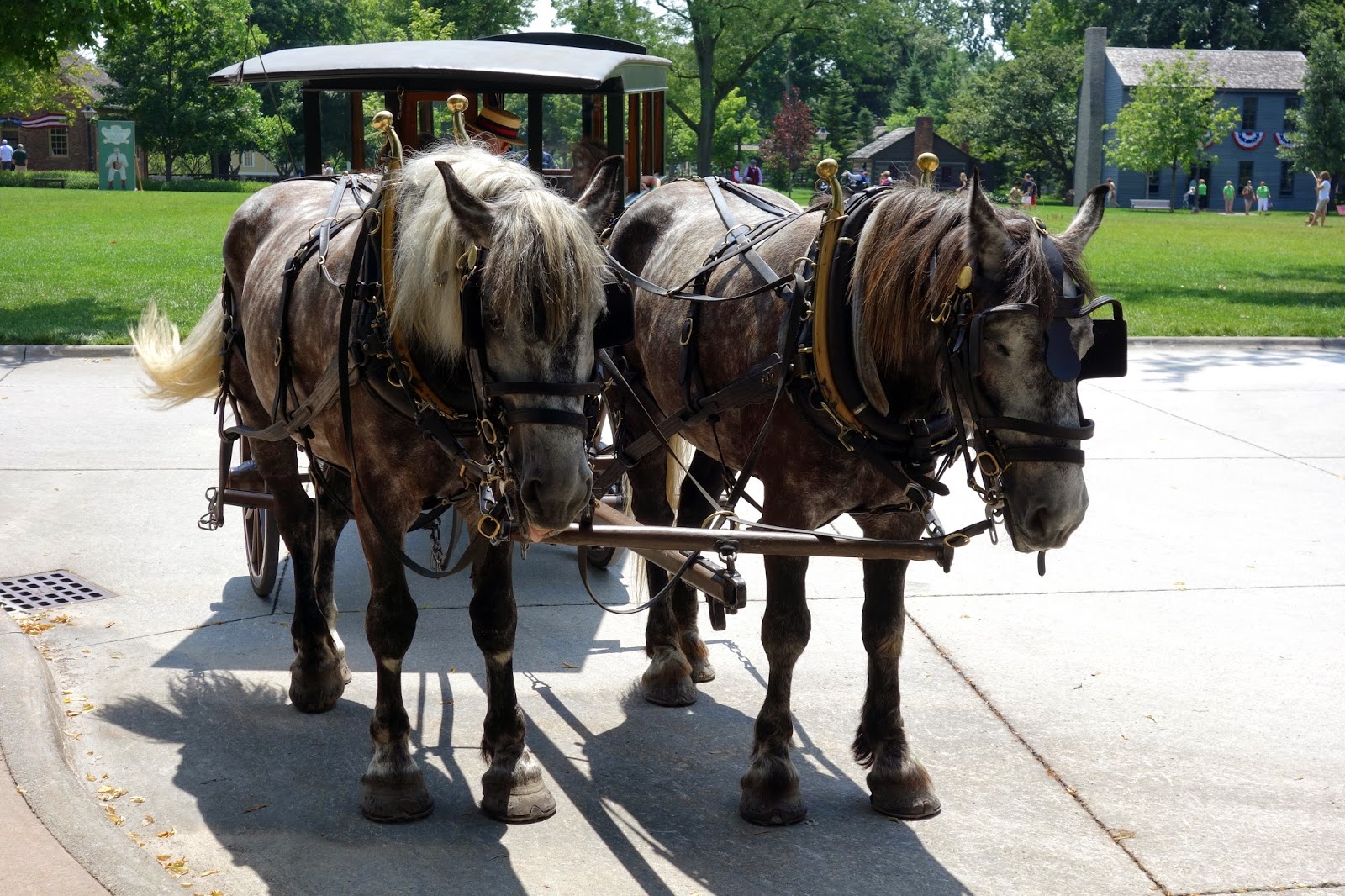 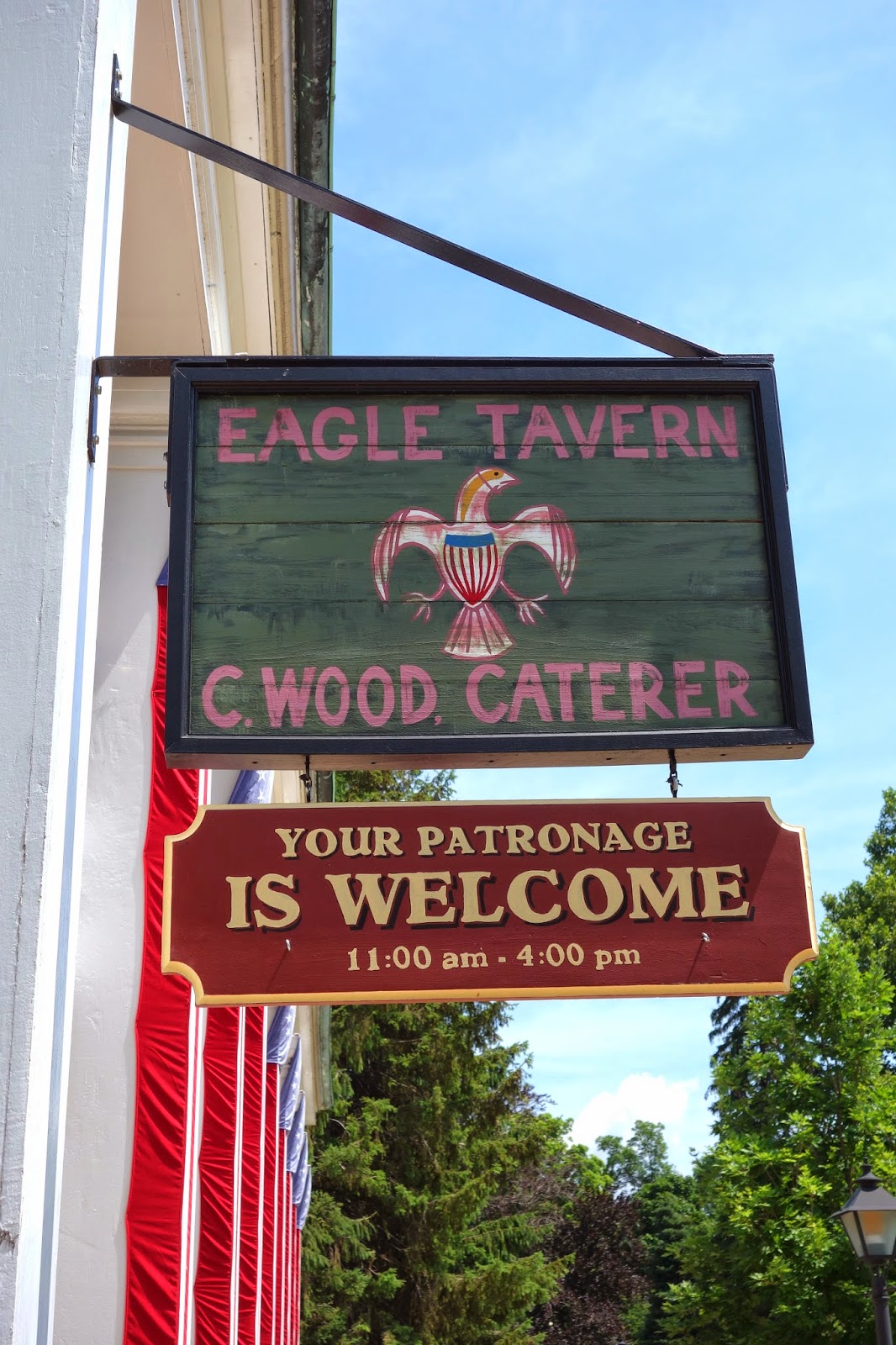 the bill of fare was posted outside- 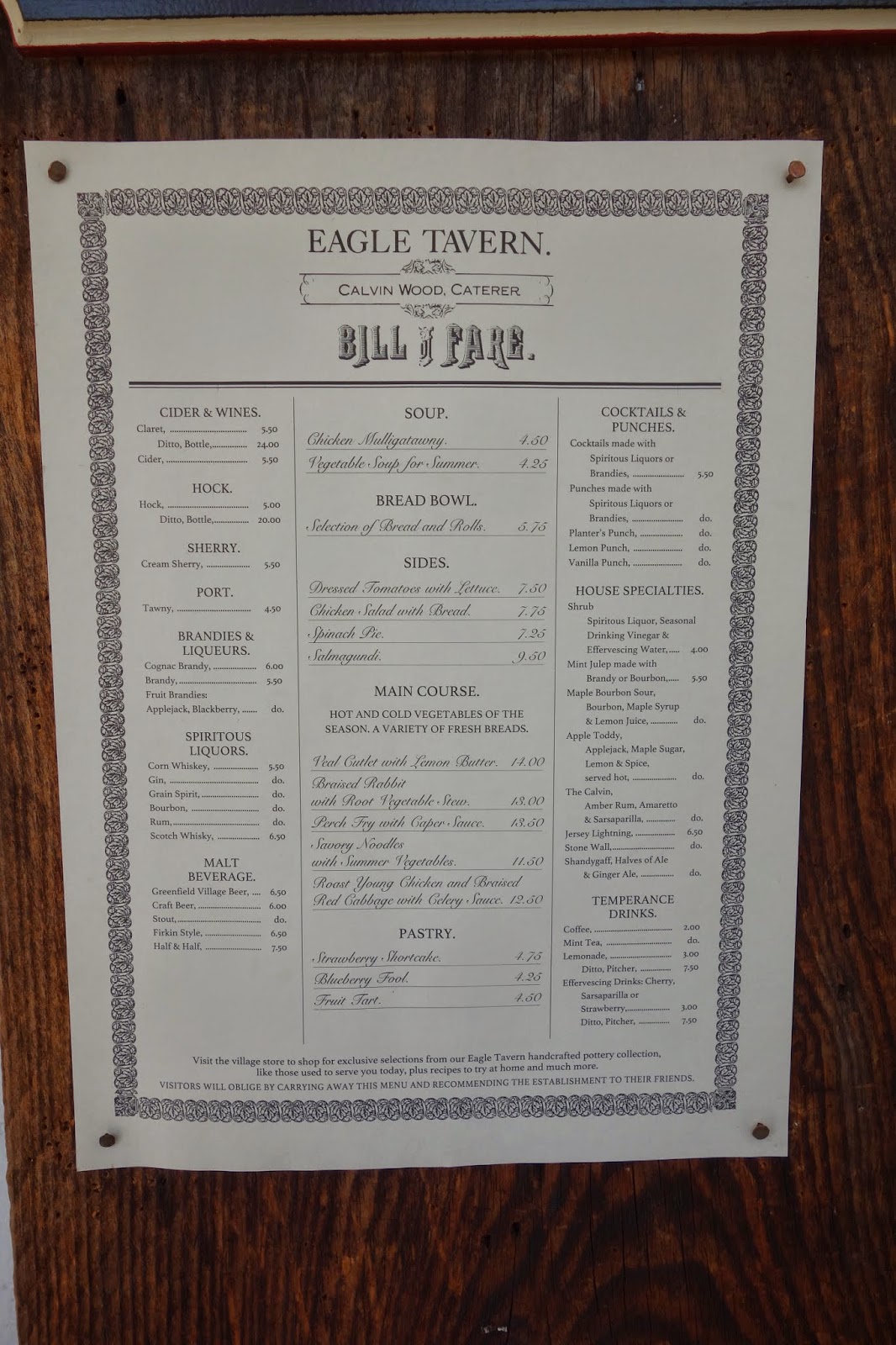 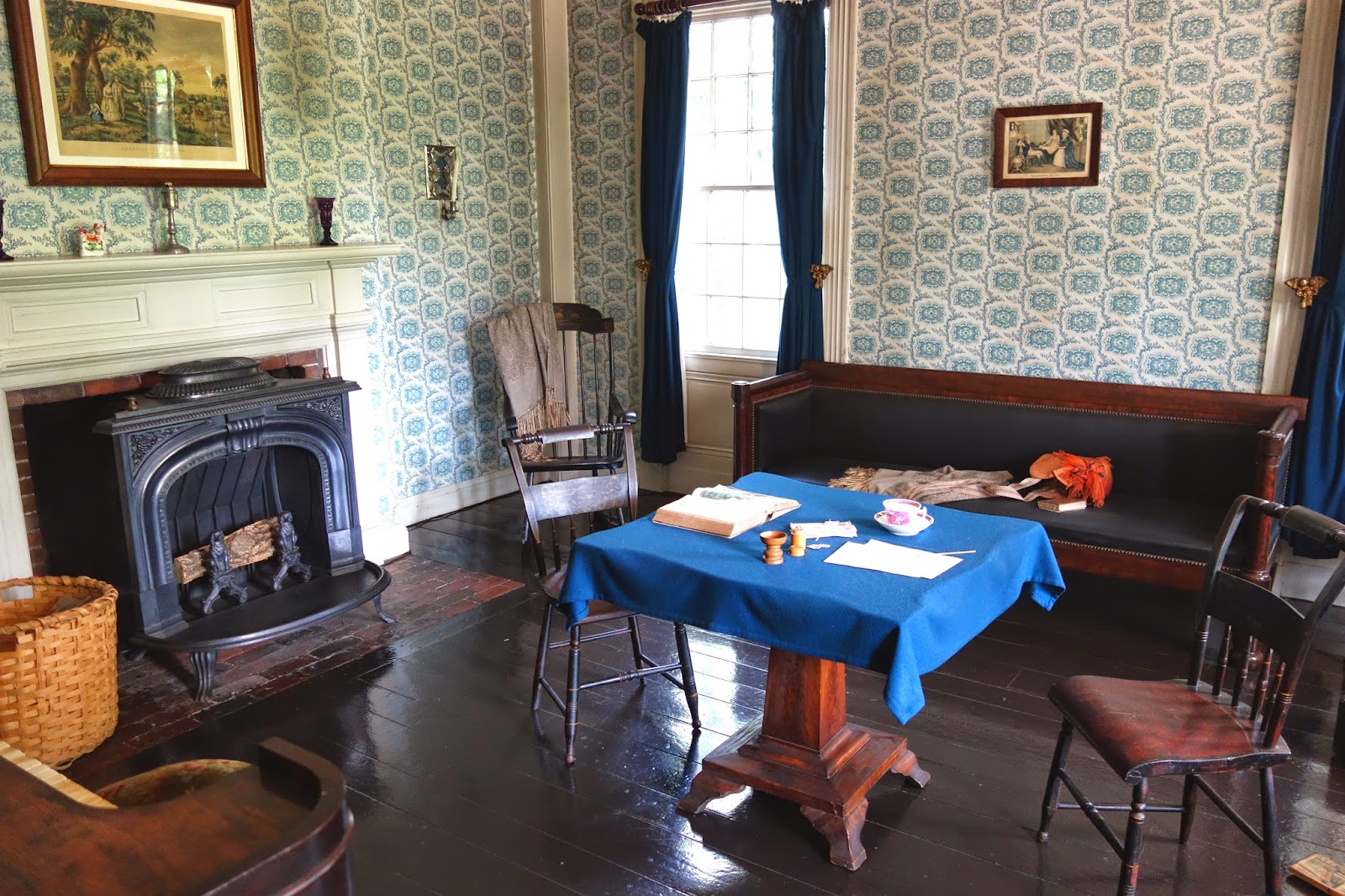 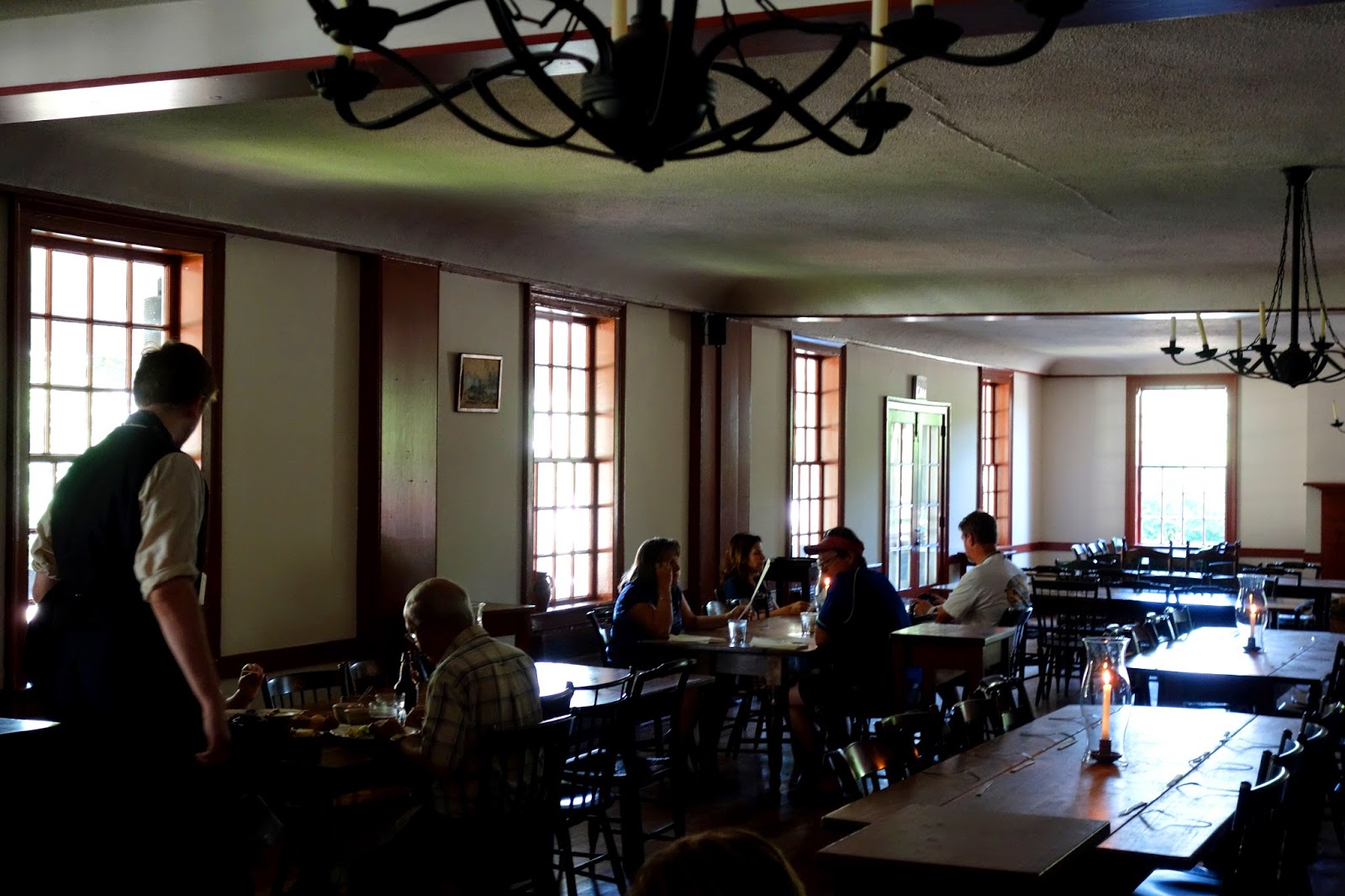 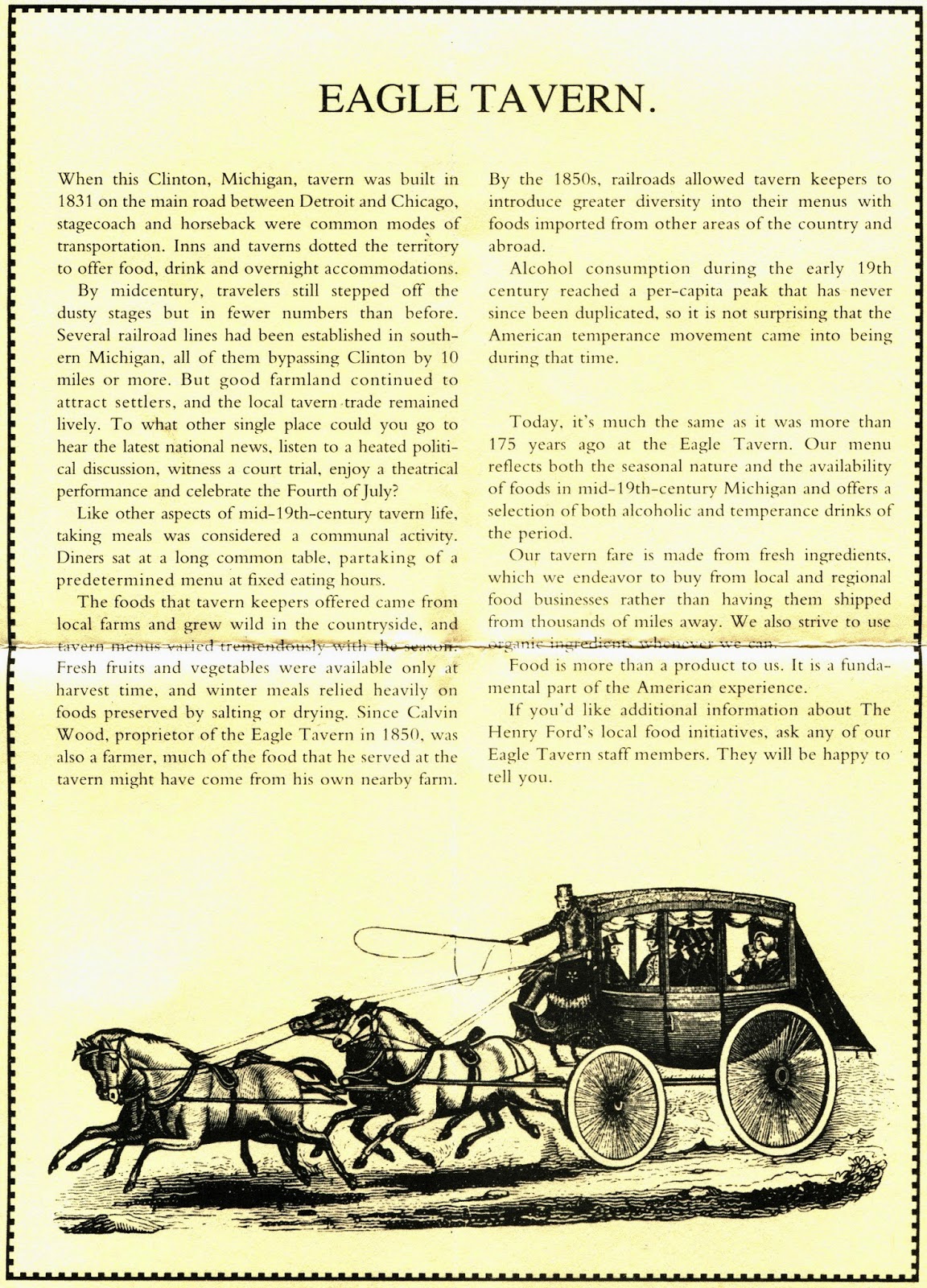 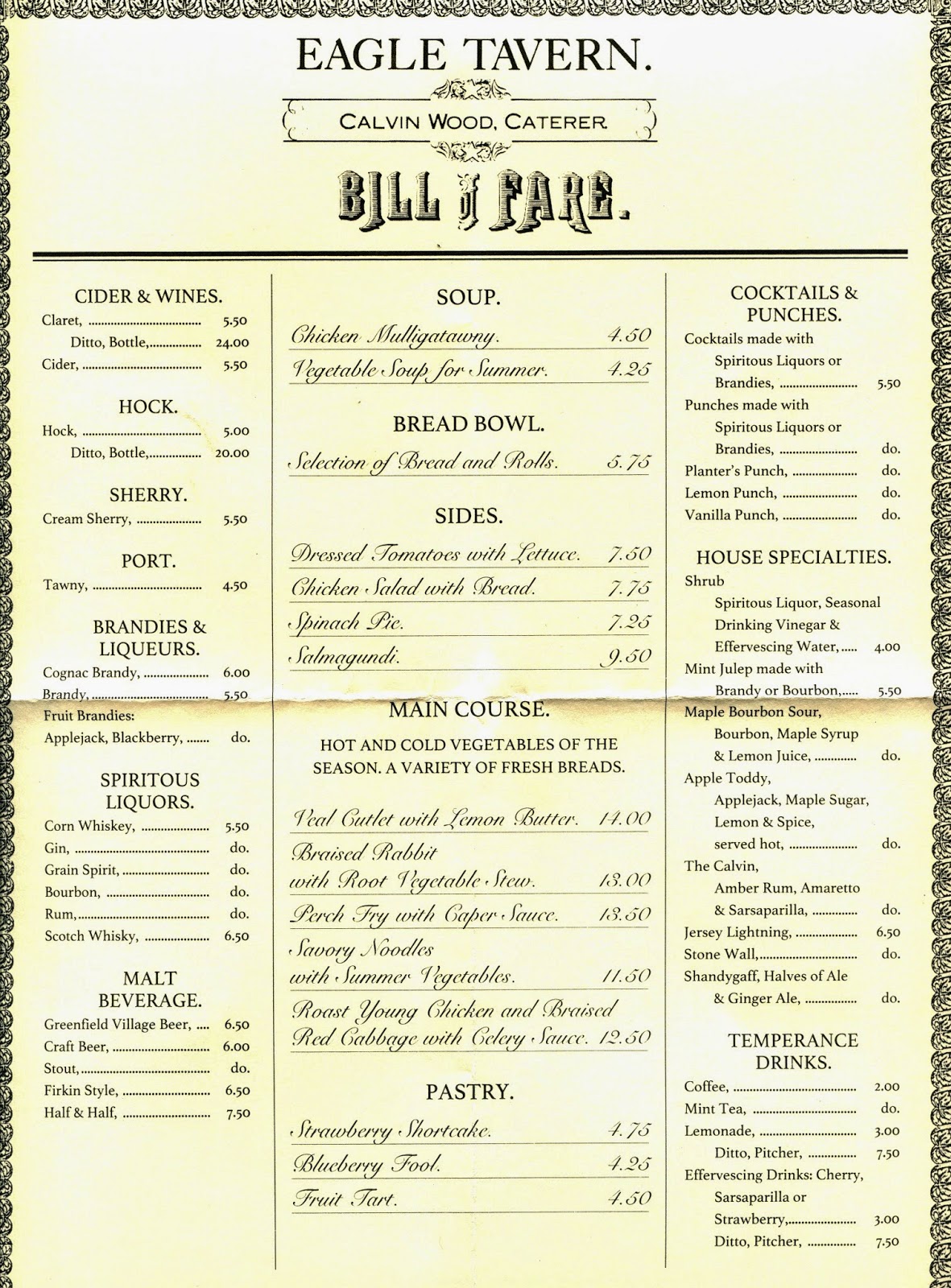 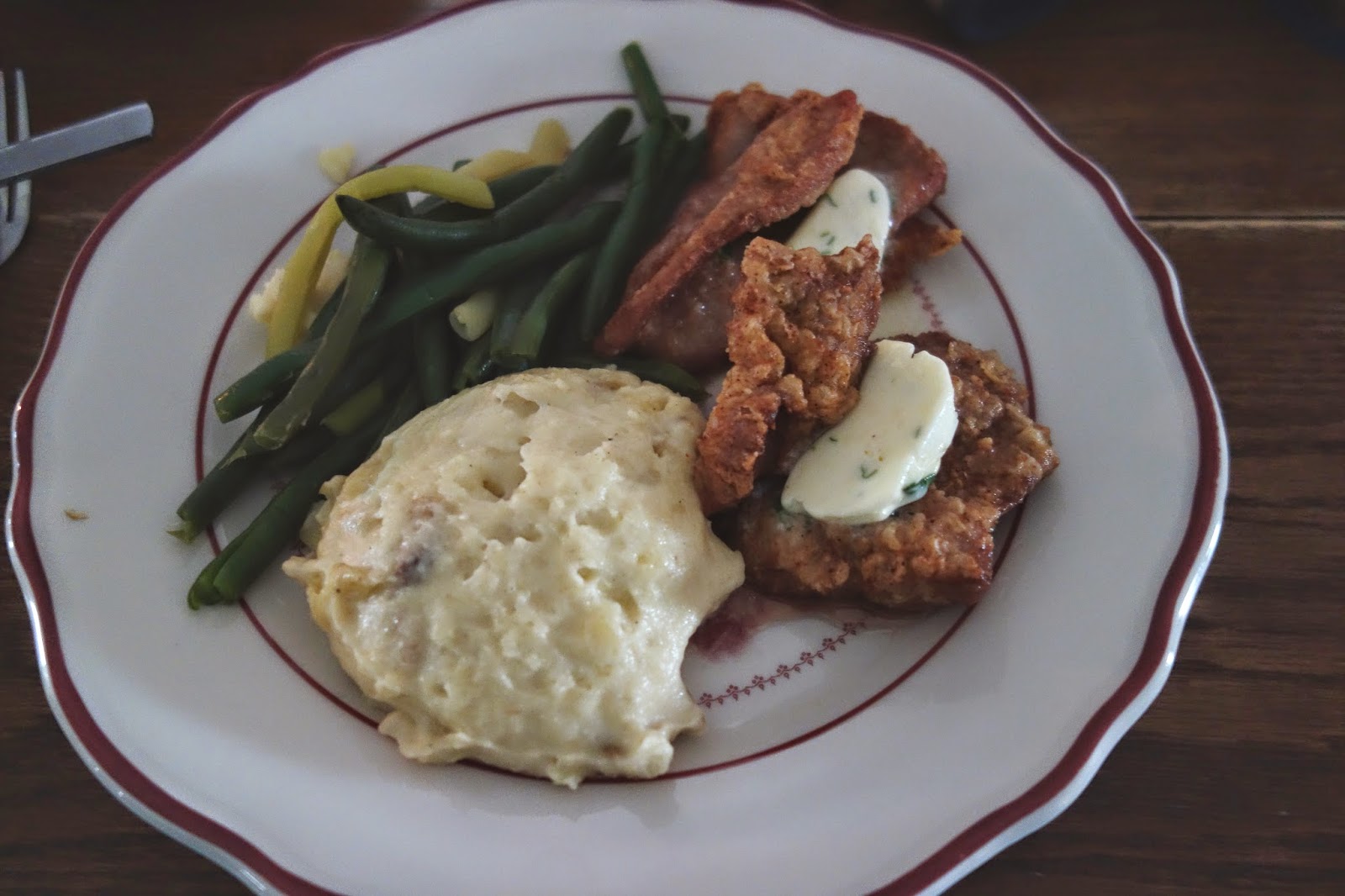 both entrees were well prepared (the cuts of meat and fish pieces reflected the period of the tavern) and tasty but even Phil commented that these were outstanding mashed potatoes and the beans were flavorful as well! Another WIN!

so from here we are off on our exploration of the full (and vast) acreage of the Village but that will be another post.... stay tuned...