We have always made our getaway spot NYC so it was somewhat fated our kids would end up here. These days we stop on the way to or from Europe and try to get here twice a year to see friends and family. This time we have made time to catch a few of our favorites from prior visits and yet still try new places.

We arrived around 7:30 on Sunday and had a 9pm dinner reservation at degustation. This is a return to again and again syle favorite. And Sunday night's meal was up to their high standards. Starting with glasses of white and then on to an Oregon Pinot Noir... 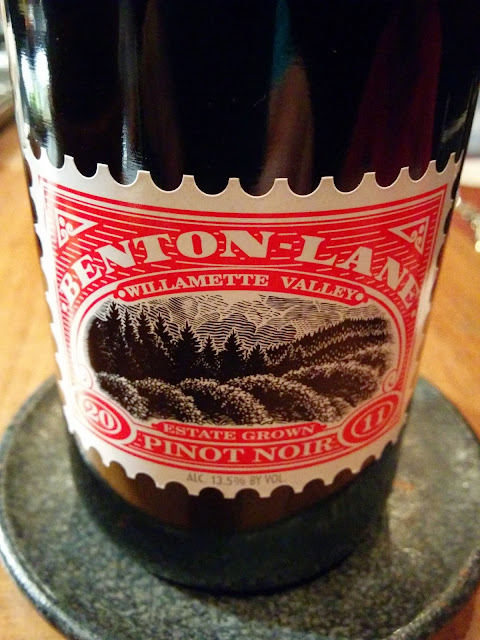 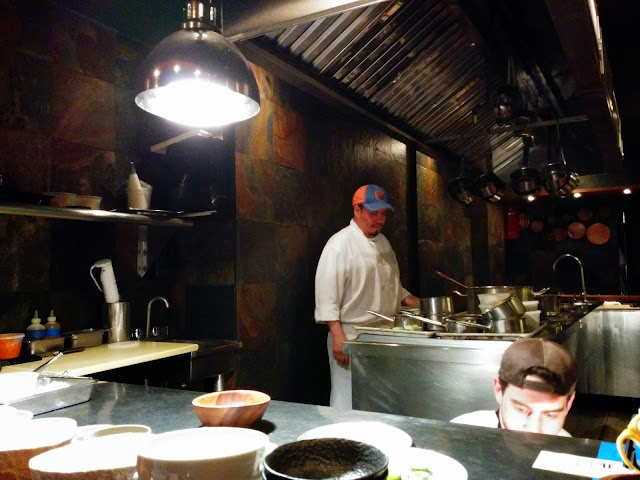 below- kushi oysters with grapefruit- 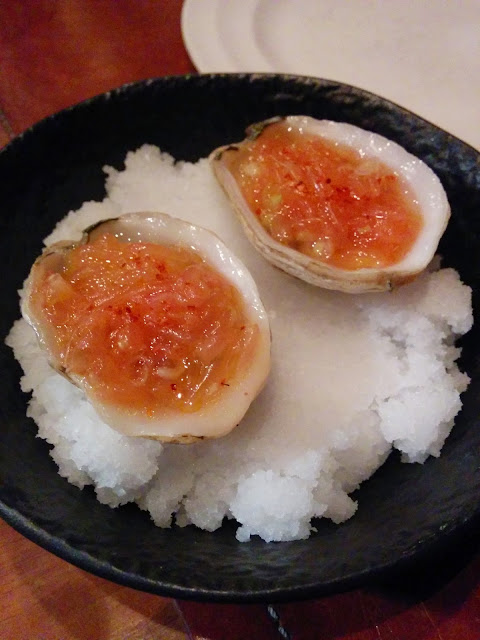 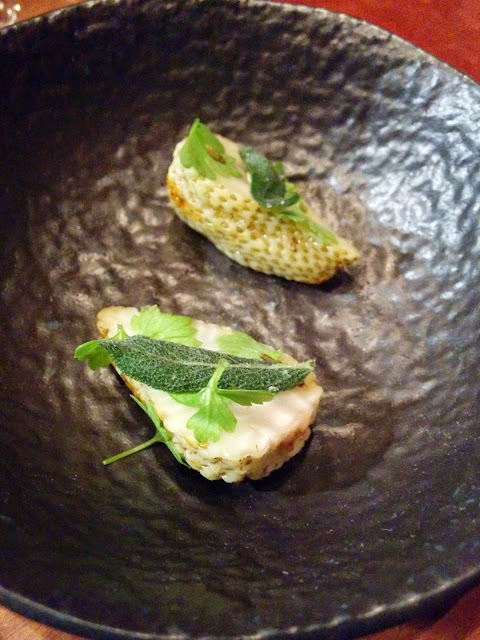 Above green strawberries and below a kohlrabi dish... 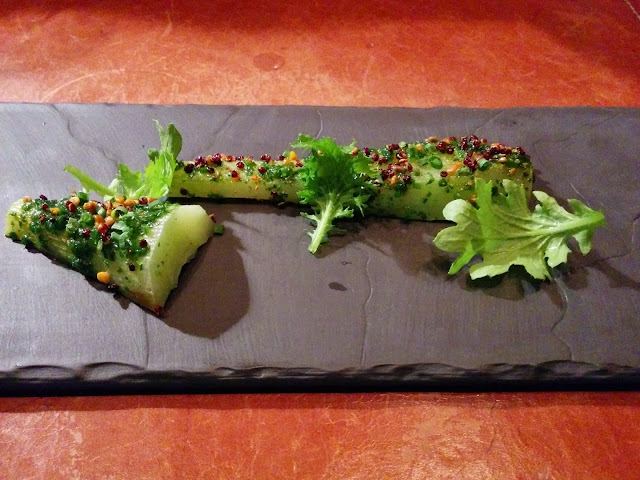 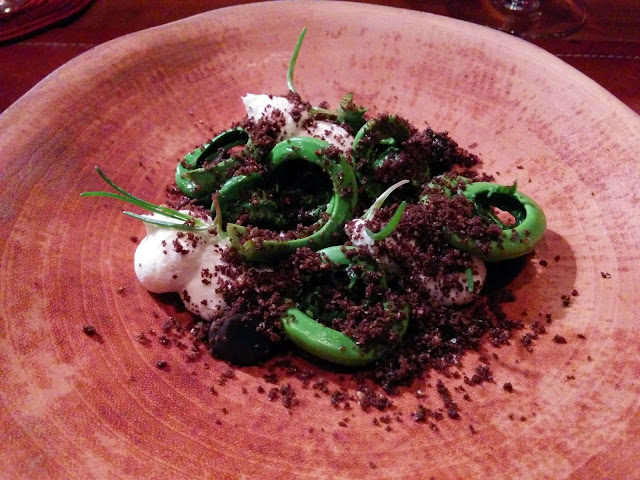 redfish with sofrito on romesco sauce 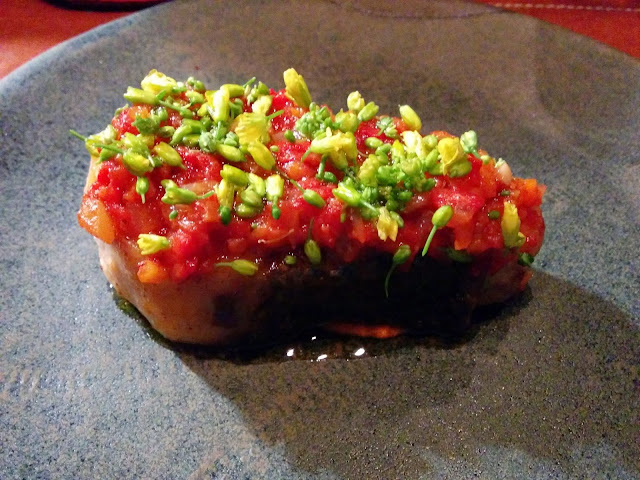 below my favorite course of the menu- scallops over spinach puree with fresh peas and reisling foam- these were fab! 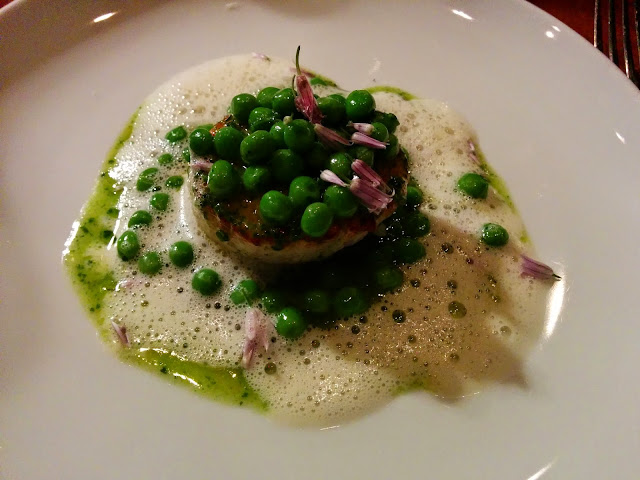 Chorizo and clams with uni on farm house bread- 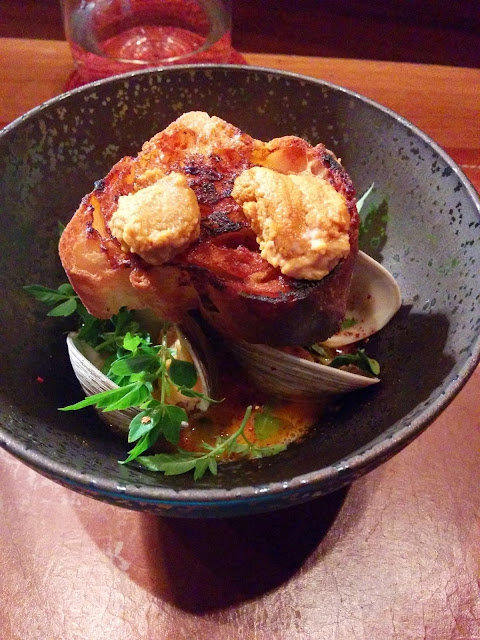 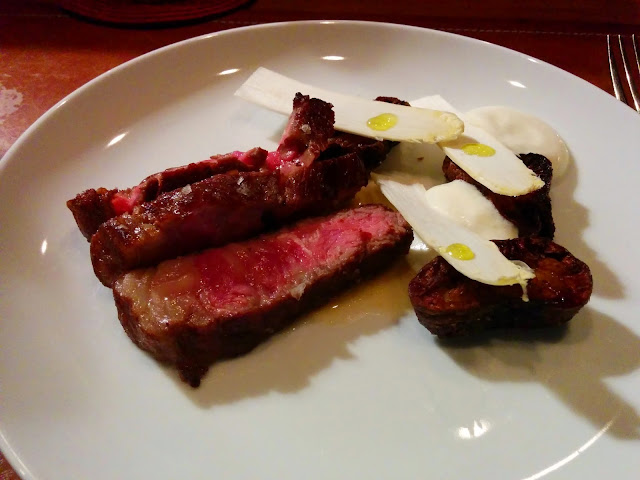 the perfectly prepared meat course- beef with sunchokes and white asparagus... who knew sunchokes were this good??? The meal was terrific - we love that you can watch the prep of everything.

So on Monday we decided on a restful day -having run around so much in the ten days that I was home before leaving LOL... So we went to a new place for lunch near the hotel called Seven Bistro. We had salads and I had a tuna poke and Phil some bang bang shrimp. 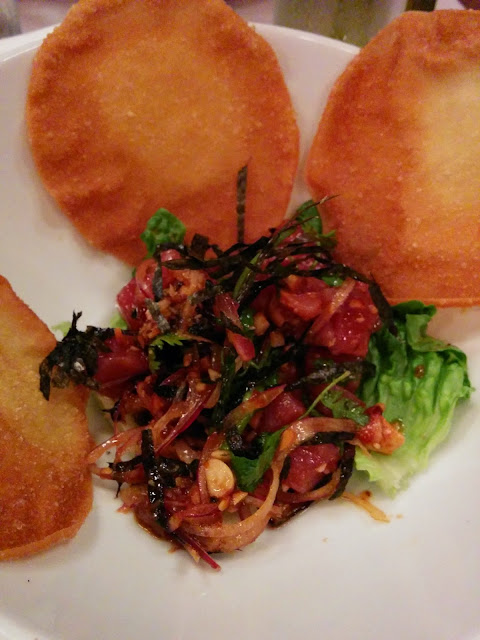 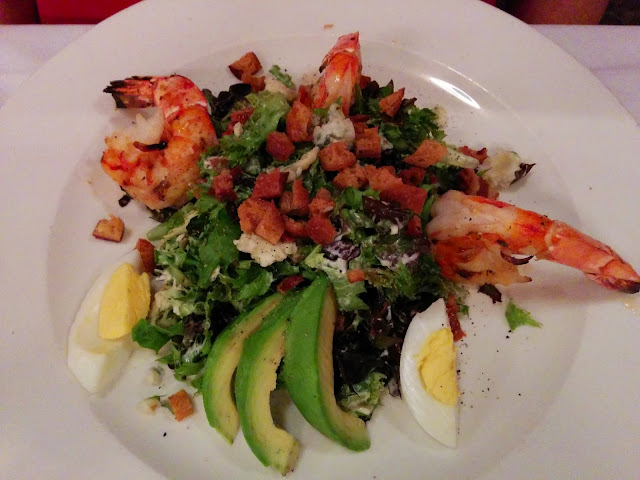 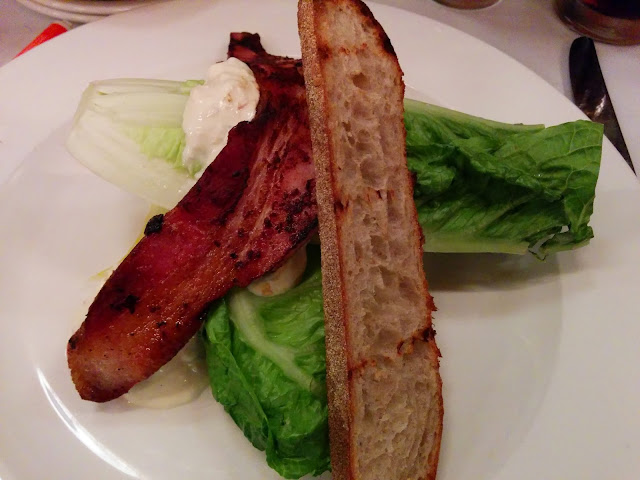 We had dinner with friends on Monday night so we could see our favorite four year old in the entire world. Lovely evening catching up with dear friends.

This afternoon we revisited old haunts in Katz's Deli and the Lower East Side Tenement Museum. This time we went for the Shop Life tour... 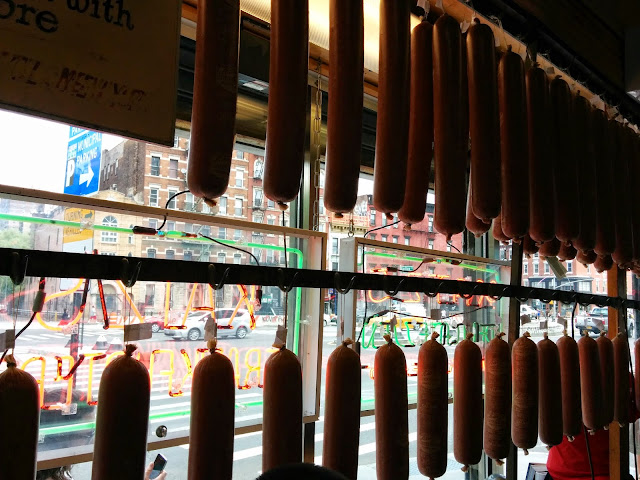 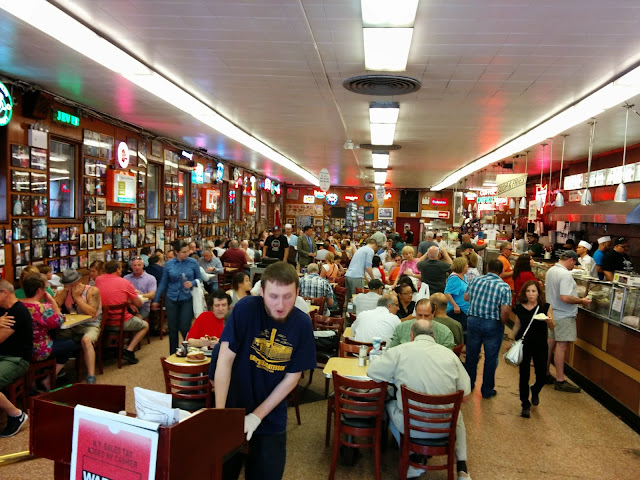 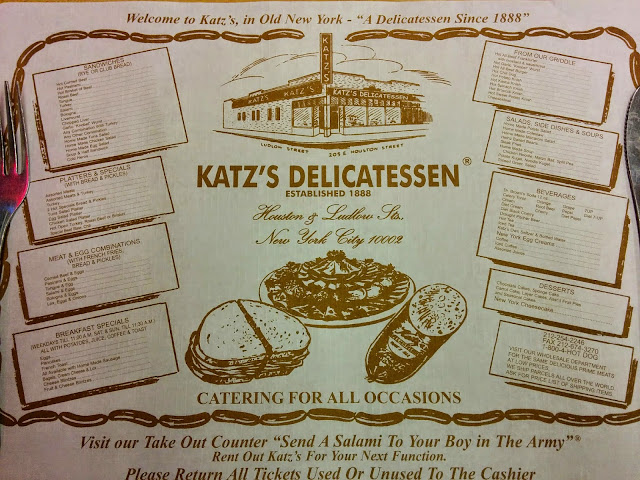 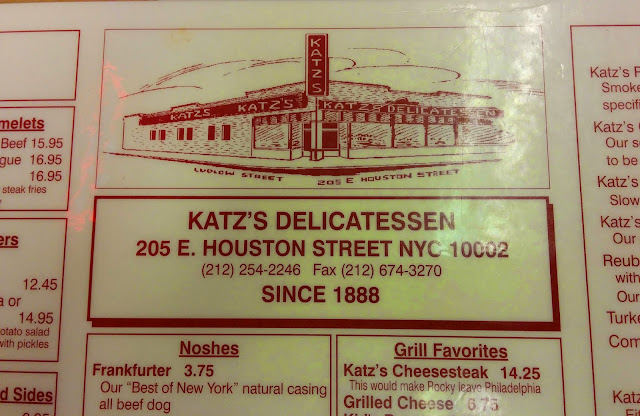 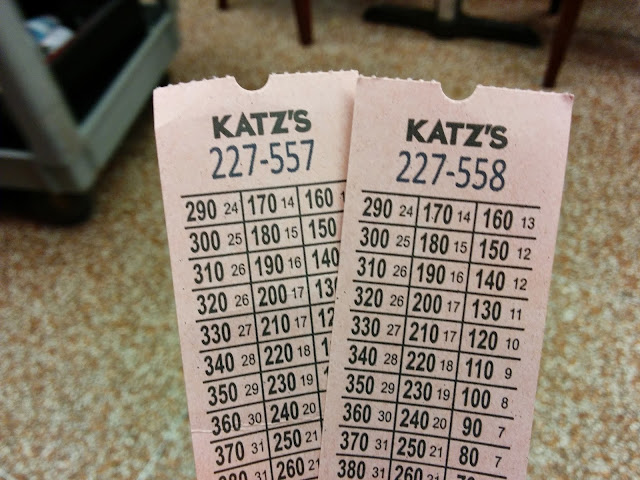 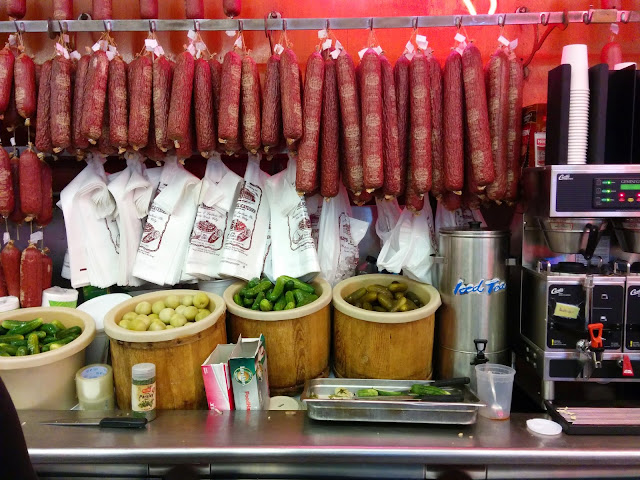 Now we're on to the LESTM. 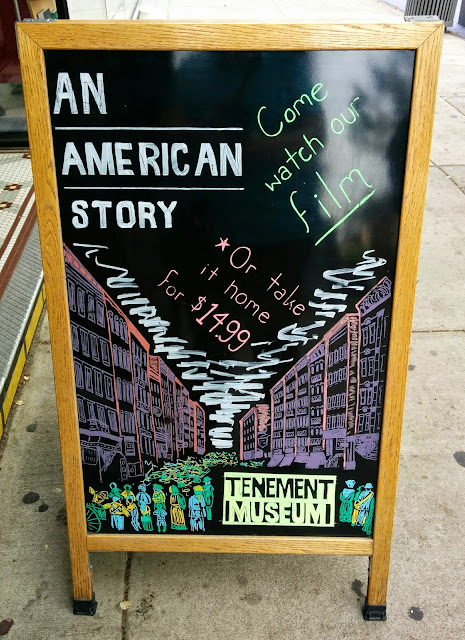 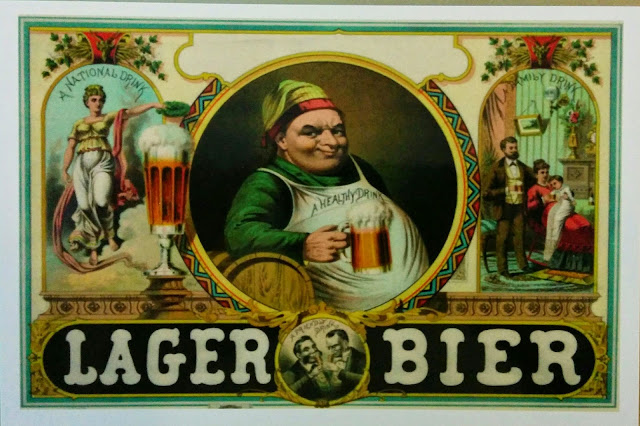 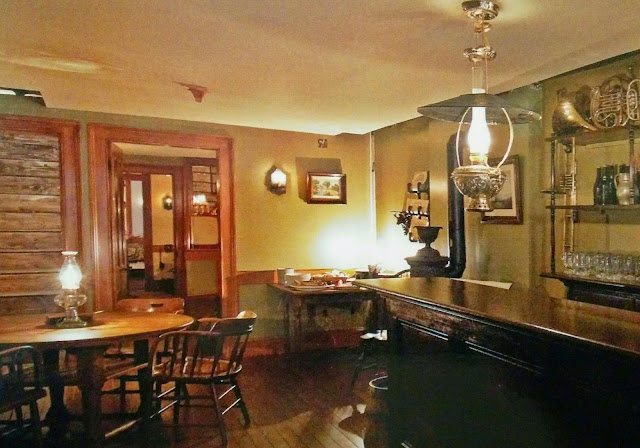 There are many choices now for tours and walks. When we first started coming here in the late 1990s they had a small storefront museum shop and a single apartment. Today this is a thriving museum of interest to a broad band of folks regardless of your background. 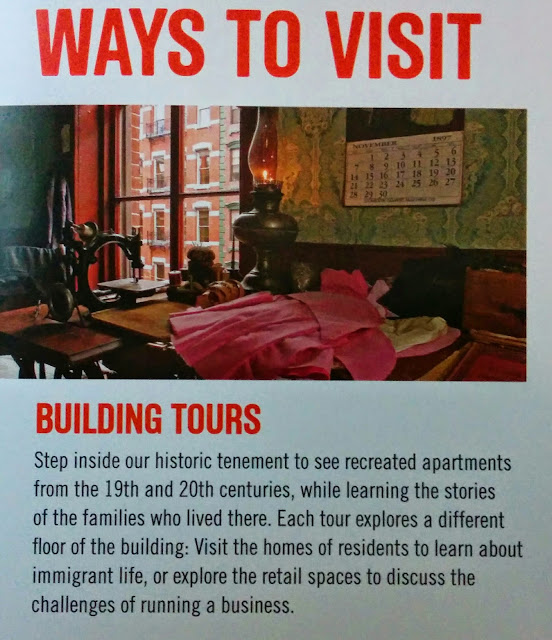 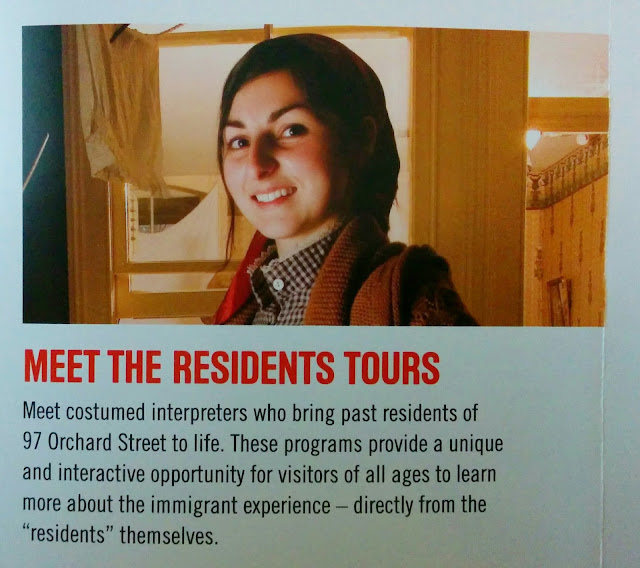 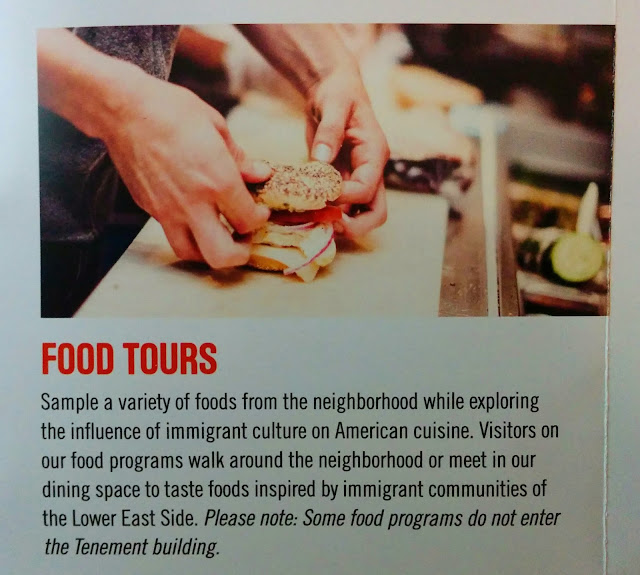 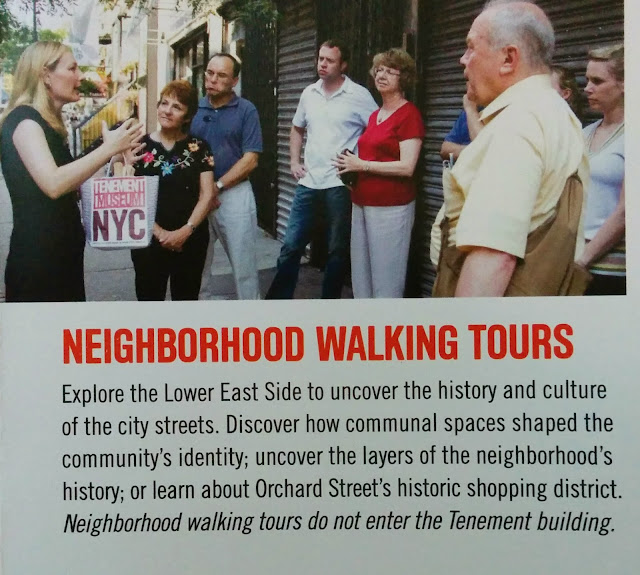 So we headed back to the hotel  on the subway so we could relax before meeting up with Angela & Lee for dinner at Racine's NY along with Laure & Alix as well! 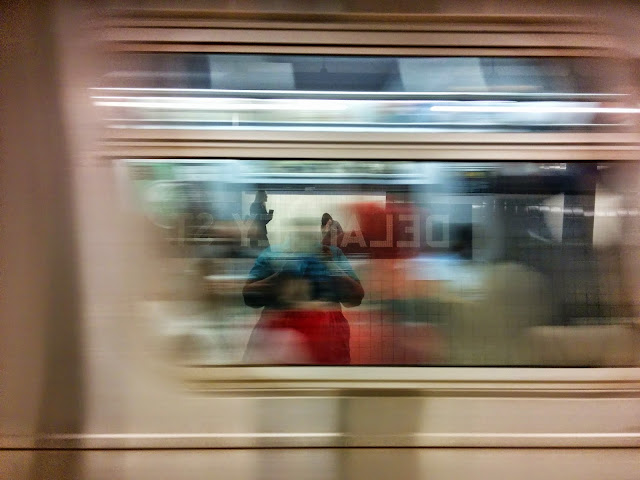 Above- our train arrives just as I was taking a photo of the Delancey Street sign... more later!

and although I came back to do a quick edit of this post- I actually wrote the whole thing and loaded most of the photos from my PHONE!!! it is a little hard working in the tiny desktop space but obviously it can be done! so YEA!  read more as we go along!
Posted by TOR at 5:12 PM