something different (and in a good way!)

"Bravely adventurous – the best band in the UK" 4/5 - The Guardian
"Captivating, exquisite, stunning – Lau evolve naturally through experimentation" 5/5 - Songlines
"Lau consistently set the standards for others to follow" Album of the month - Folk Radio 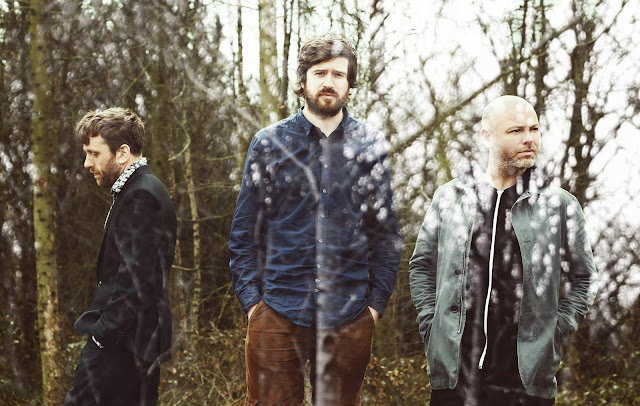 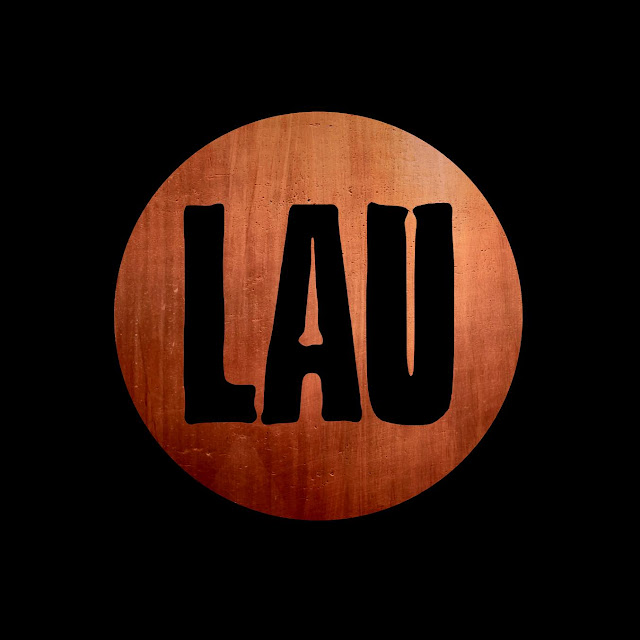 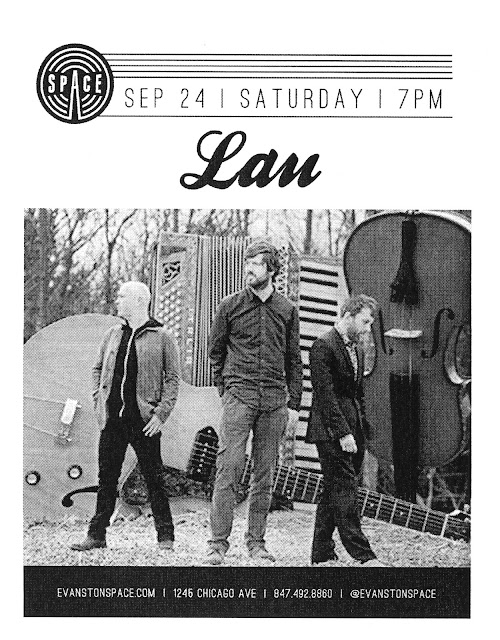 Members of LAU (left to right in the photo from their FB page...)
So these were amazing musicians - and it is almost impossible to categorize their music. I had all sorts of imagery come to mind as they were playing from barren rocky coasts to trains to highways to field of wild flowers to fires.... to say that the music is evocative is an understatement.  Such creative force!

from wikipedia-
Lau is a British folk band from both Scotland and England, formed in 2005. Named after an Orcadian word meaning "natural light",[1] the band is composed of Kris Drever (guitar, vocals), Martin Green (accordion, piano, electronics) and Aidan O'Rourke (fiddle). To date, the band has released four studio albums and a live album.  Their debut album, Lightweights and Gentlemen, was released through Reveal Records in 2007. The band subsequently won the "Best Group" at the BBC Folk Awards, 2008 and went on to receive the award the next two years running.

so - on top of the trio being terrific they were playing at an excellent venue as well- the SPACE location in Evanston which is just the right size, in my opinion, for a concert.  So we won all around.
Two songs that I really enjoyed were Ghosts and the Burrians.

From Derek's Music Blog an excellent summation:
Ever since the release of their 2007 debut album. Lightweights and Gentlemen, Lau have been variously described as “adventurous,” and “modern folk’s most innovative band.” That’s no exaggeration. Lau are, without doubt, one of the most exciting and ambitious folk bands of their generation. That’s why Kris Drever, Martin Green and Aidan O’Rourke have been winning awards, praise and plaudits ever since. This includes, winning the BBC Folk Award for the best group four times in six years. That takes some doing. However, Lau are no ordinary band.

So how about some photos from tonight? 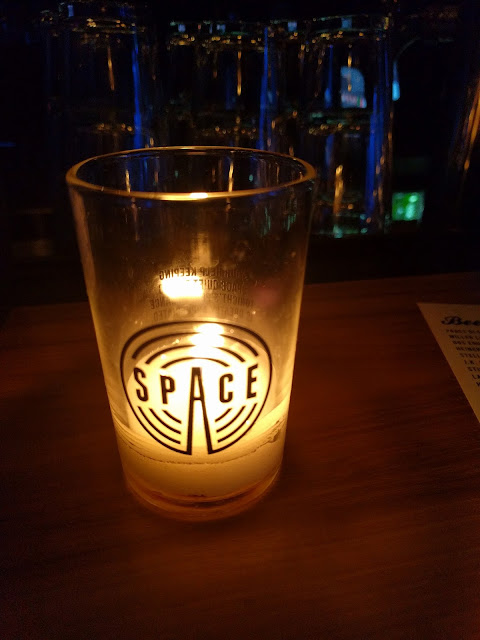 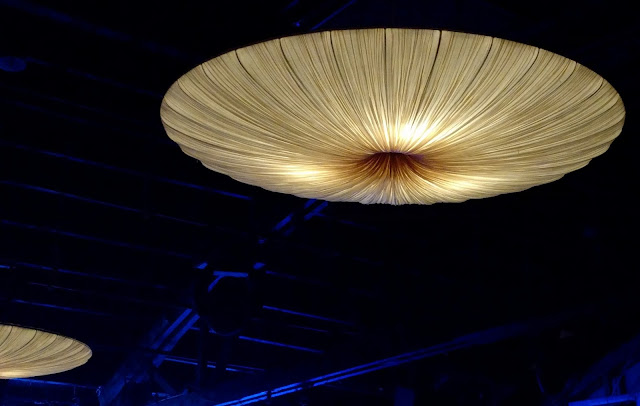 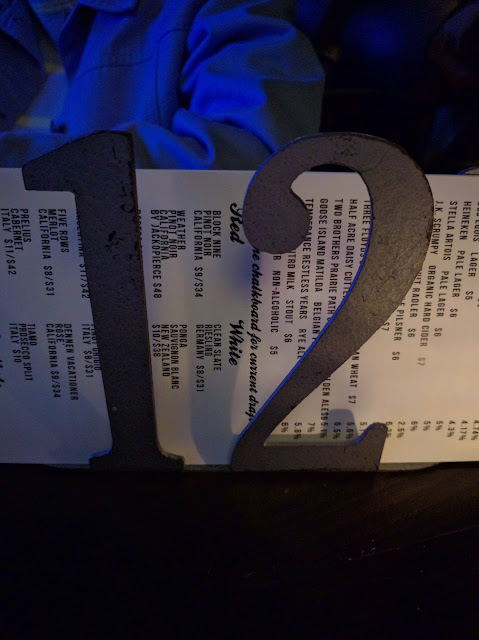 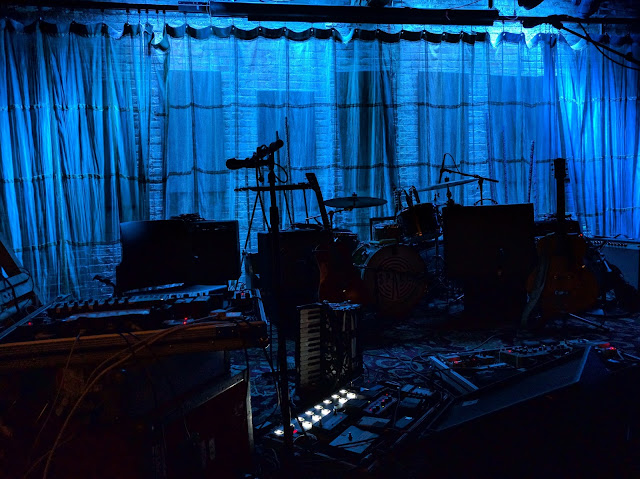 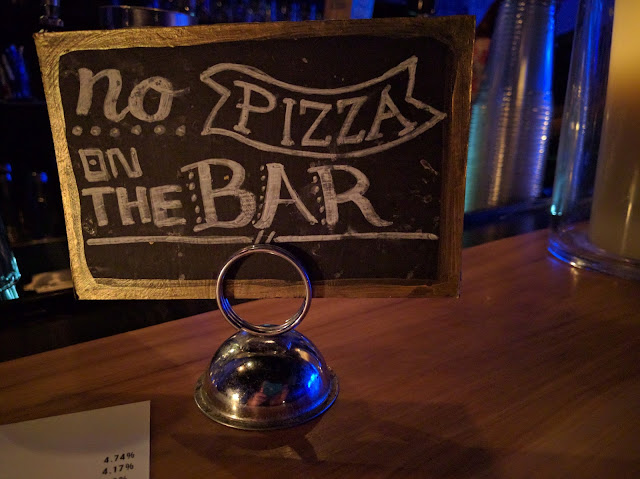 And on with the show! 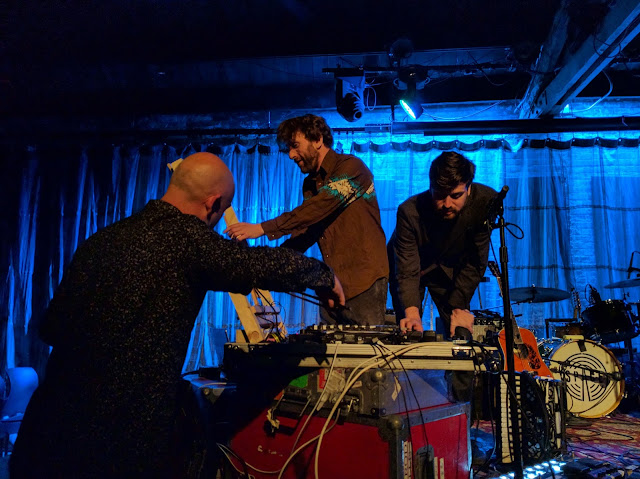 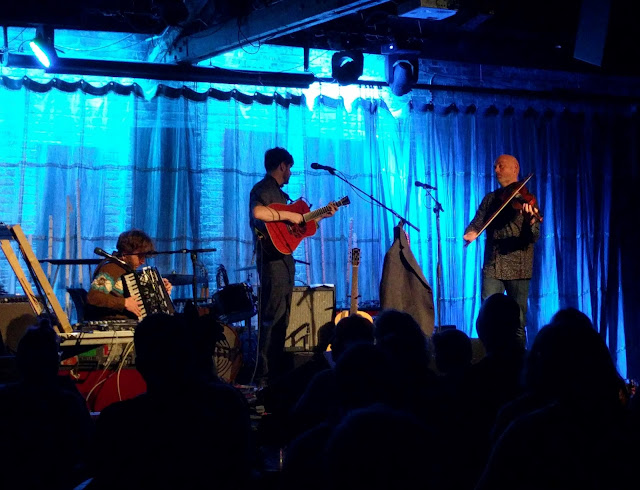 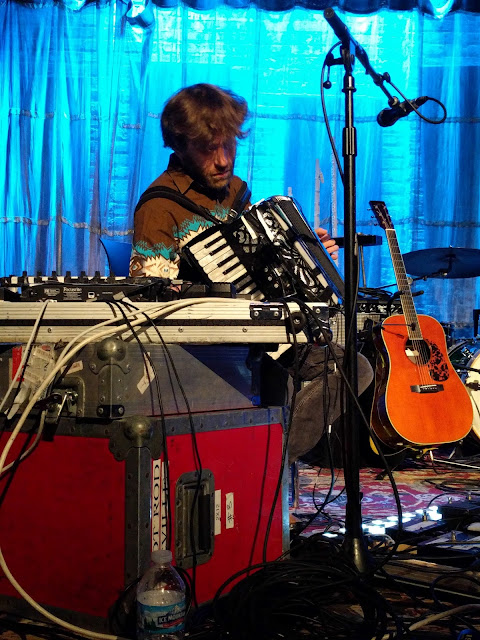 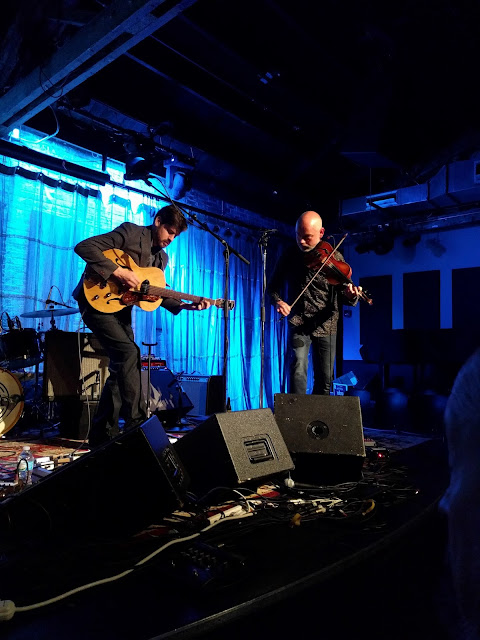 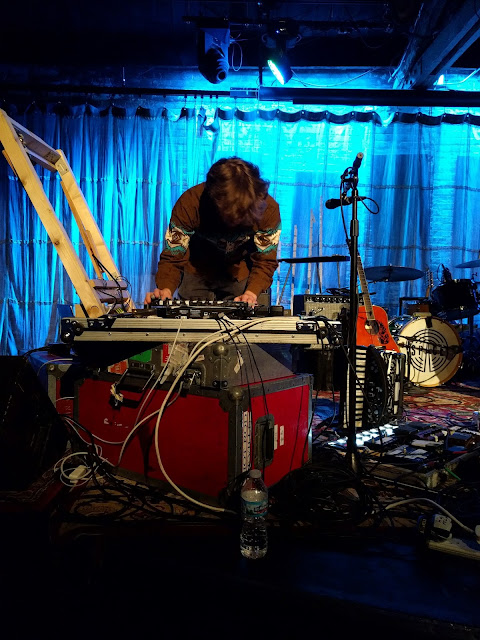 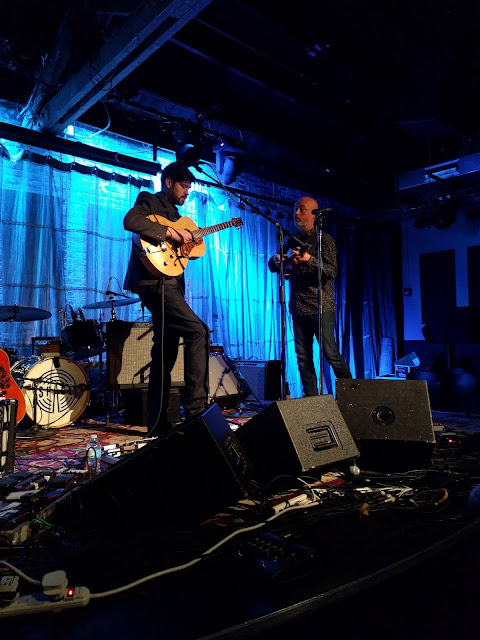 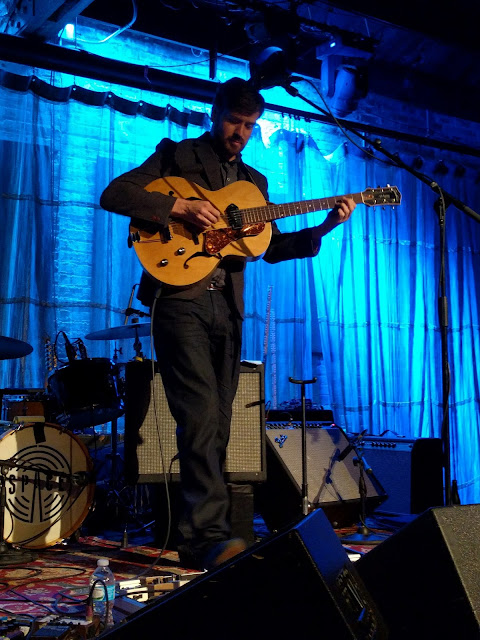 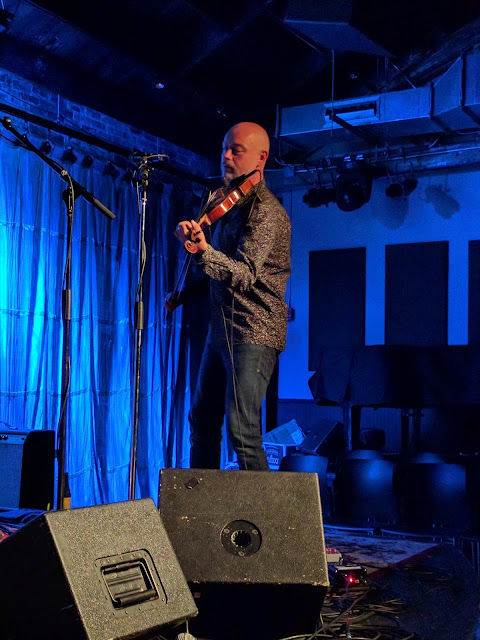 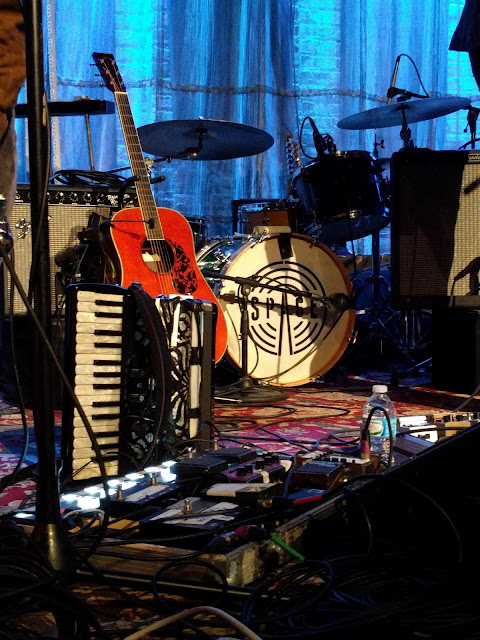 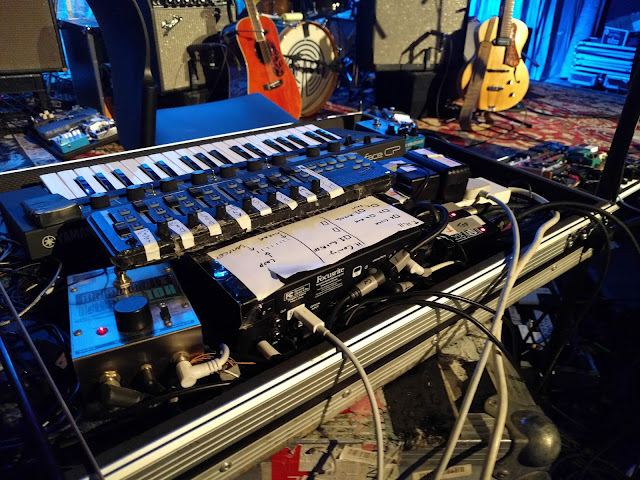 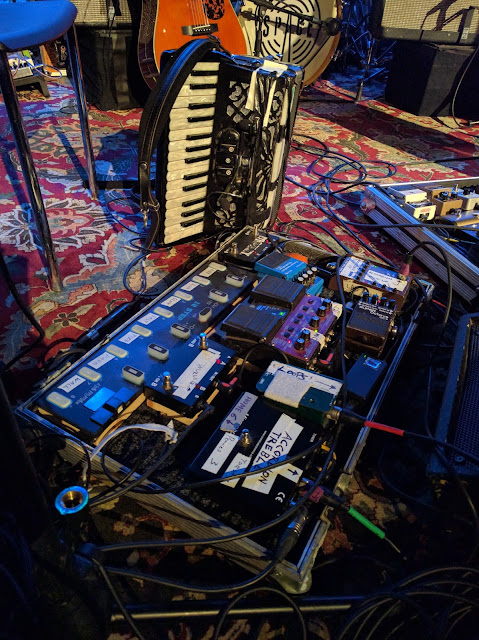 Ever since the early days of Lau, the three members have worked on other projects. Despite these other projects, they’ve always returned to Lau, which the three members fondly describe as “the mothership.”
On their return to the “the mothership,” Kris Drever, Martin Green and Aidan O’Rourke hit the live circuit with Lau. Soon, Lau had established a reputation as one of Scotland’s best live bands. Whether it was festivals or small intimate venues, Lau lifted the roof with their unique brand of folk music.
When Race The Loser was released in 2012. Praise, plaudits and critical acclaim came Lau’s way. Race The Loser was no ordinary folk album. It was much more than that. While folk was the most predominant influence, but were elements of jazz, rock, electronica and soul. The soul comes in the shape of Kris’ world-weary, all-knowing vocal. His vocal played a part in what was a folk album for the 21st Century. Race The Loser was a career defining album from Lau. However, would Lau followup an album like Race The Loser?

Opening The Bell That Never Rang is First Homecoming.  It’s a track that showcases Lau’s unique brand of innovative folk. A rumbling sound in joined by a plink plonk guitar and wistful strings. Soon, thunderous drums signal the arrival of Kris’ vocal and a chirping guitar. There’s a sense of hope and joy in Kris’ vocal as he delivers the cinematic lyrics. He’s a changed man. No longer is he alone, now that he’s found someone to love: “in this new place I call my home.” Previously, this seemed out of reach, but: “I’ve lost the urge to be by myself.” By the time Kris delivers that line, seamlessly, the arrangement has come together. As the strings dance, drums pound and the guitar chimes, as Kris experiences hope, happiness and joy.

Ghosts closes The Bell That Never Rang. It’s another understated ballad. This is something Lau do so well. As Kris plays his acoustic guitar, he hums. It’s as if he’s just sitting at home playing his guitar. Instead, the red light is shining, and the tape is running. He delivers an inspired performance, singing of the “Ghosts” of his past. They surround him, and are everywhere. He realises that as he wonders where he would go to escape them. His lyrics, and his delivery of them are both beautiful and haunting. Especially with washes of accordion and a pulsating drums that plays in the background. They prove the perfect accompaniment to Kris on this hauntingly beautiful ballad. 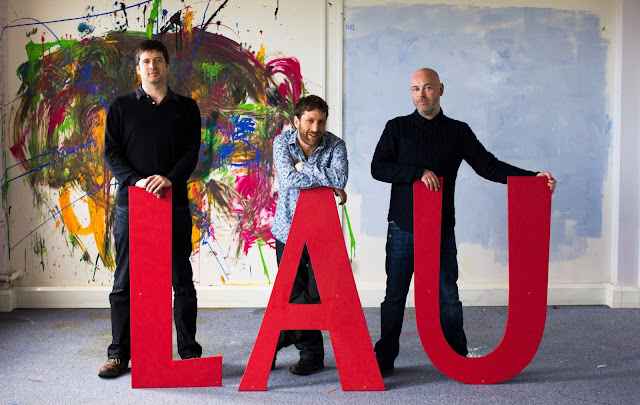 some more photos (above and below) from their FB page! 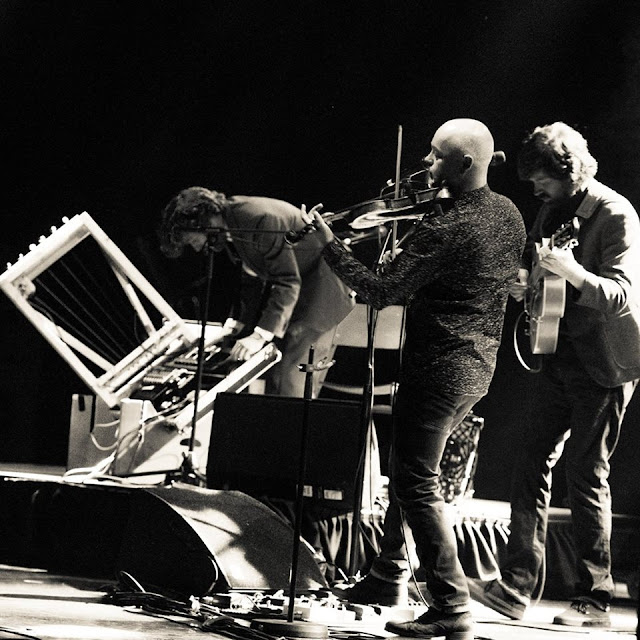 So on we go - with the busy fall schedule- tomorrow night dinner with a friend and then this upcoming week we have a farewell to John & Barb dinner on Monday (they leave for the south 10/1 whereas we will be in Chicago for a few more weeks - in Phil's case more than a month!) then the French Laundry dinner at Next and also dinner Thursday with another friend and wine geek... AS September draws to a close and the days get shorter we know it is time to round up our "stuff" and follow John & Barb south but not before we have an extremely full October with the Film Festival, a number of plays and dinners with friends and with each other...  no time to just sit around LOL- so stay tuned...