so we returned to a favorite from a prior visit for our dinner on the last night of the trip... gastrologik-

MICHELIN Guide
This intimate restaurant is owned by two accomplished young chefs. Cooking is innovative, flavours are pure and each main ingredient is allowed to shine. There's no menu as the dishes constantly evolve with each new delivery. Sit looking into the open kitchen or dine communally in the side room.

here is the NYT review -

Opened in October 2011 on a quiet street corner in the residential Ostermalm district, Gastrologik is the passion project of two young chefs: Jacob Holmstrom, who was an executive chef at the two Michelin-starred Mathias Dahlgren restaurants in Stockholm, and Anton Bjuhr, who specializes in baking and pastry. Together they helm a new Nordic kitchen as exciting as any of their critically lauded, Michelin-starred competition.

The restaurant seats only about 30 guests in its two small, spare dining rooms whose design subtly celebrates Scandinavia, from its pendant lamps (made of copper, formerly a major industry in Sweden) to its floors (Danish oak) and even the color of its walls (a hue called “Stockholm white”).

The minimalist aesthetic carries over to the menu card, which presents a single option without elaboration: three courses or six? The lack of specificity means that, for guests, the entire meal is a surprise. And though some diners may bristle at the uncertainty, during a six-course dinner in late April, not one course disappointed. 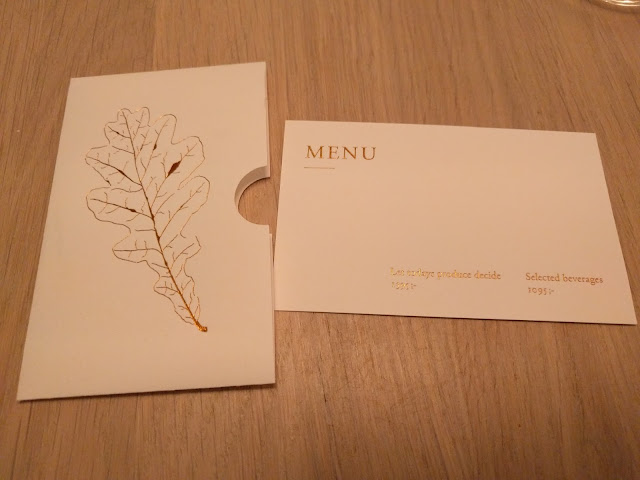 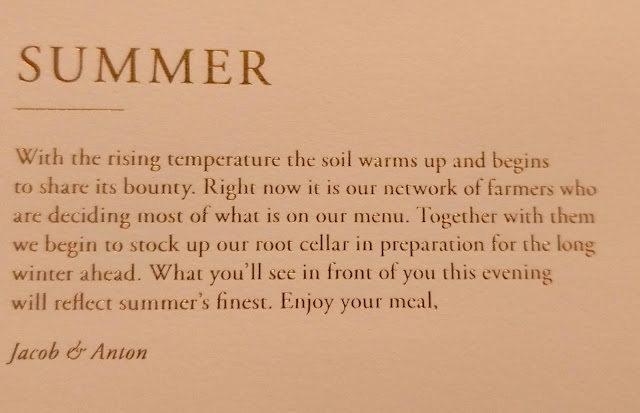 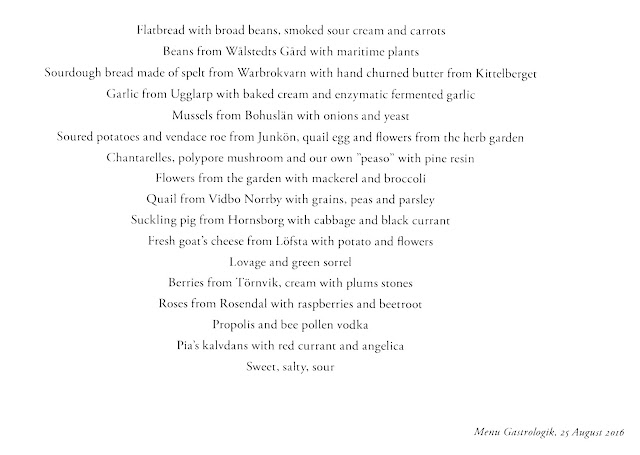 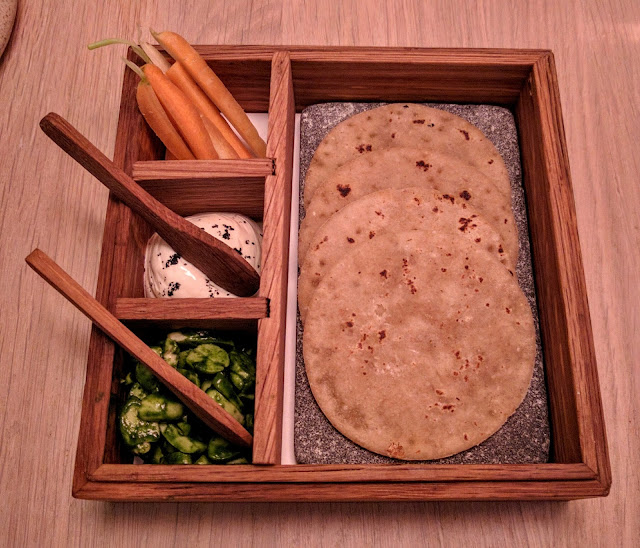 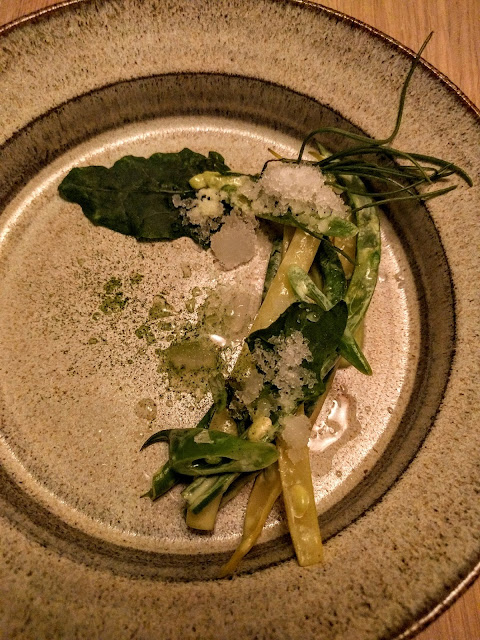 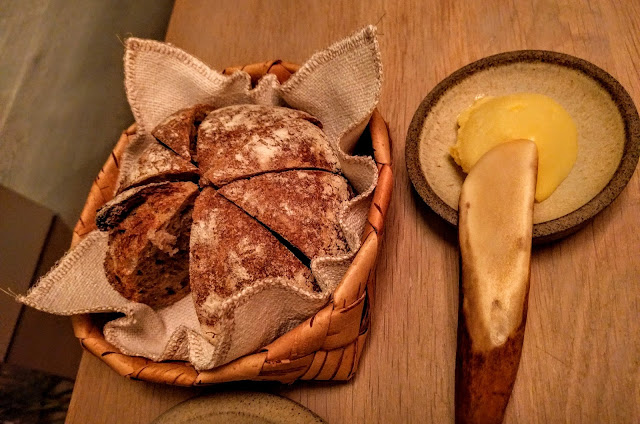 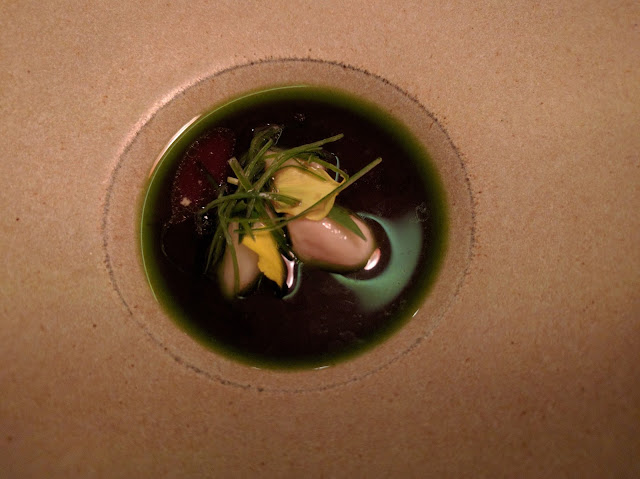 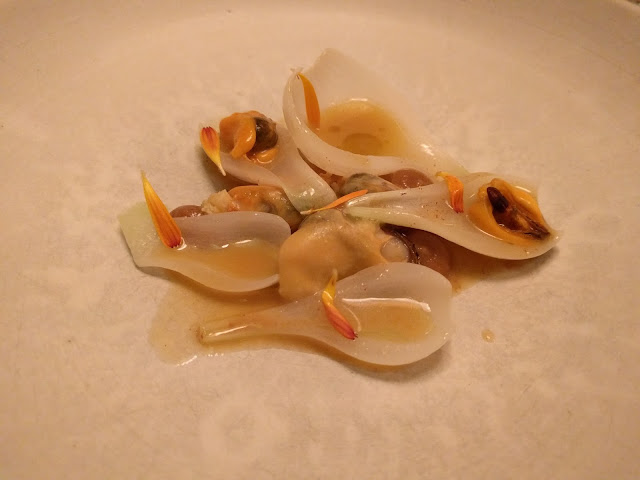 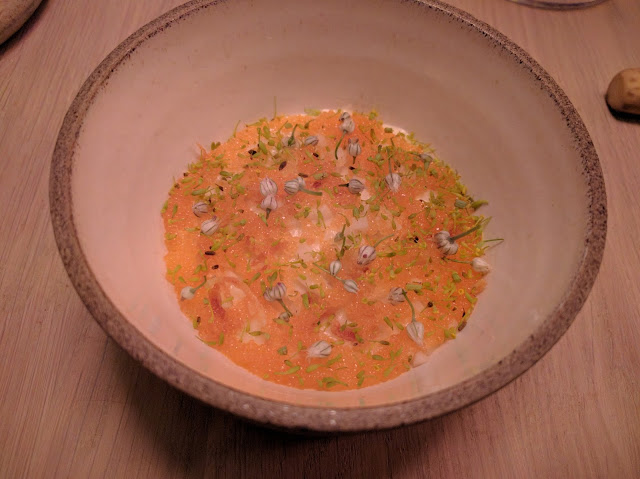 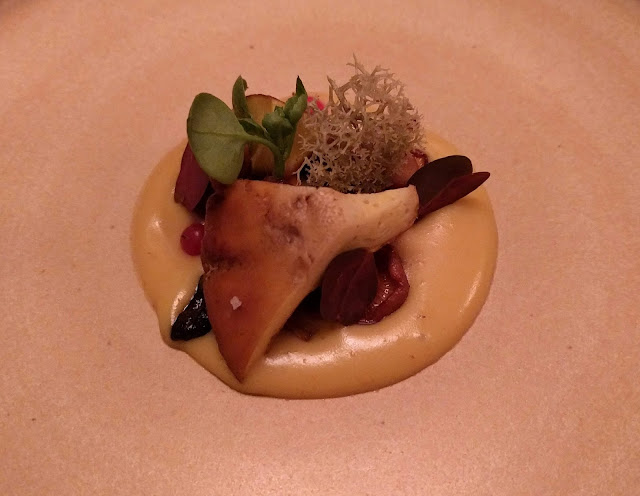 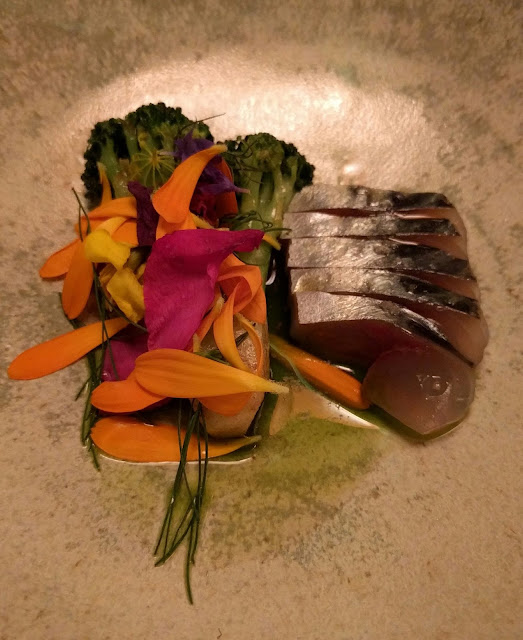 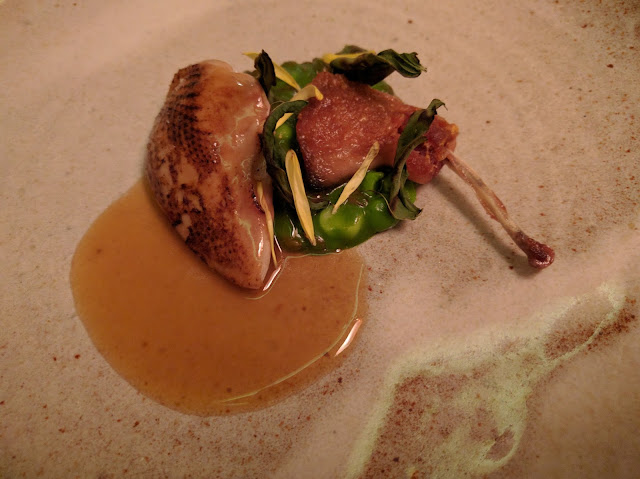 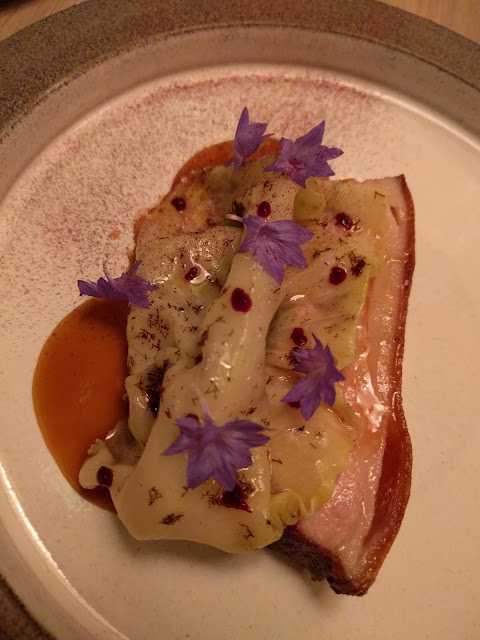 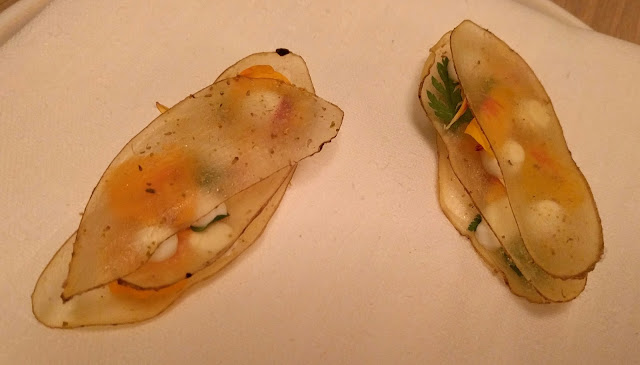 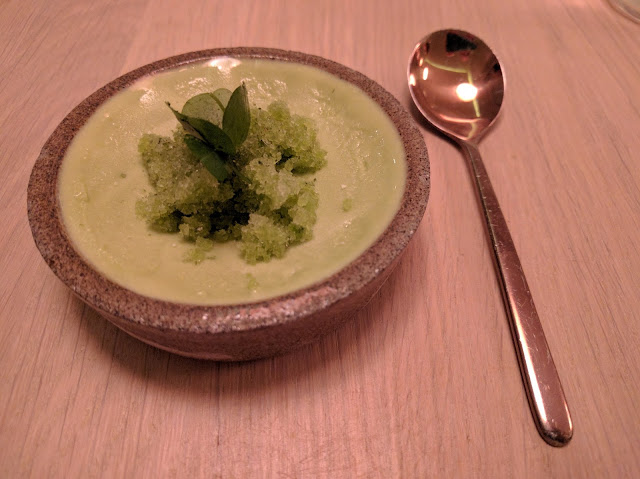 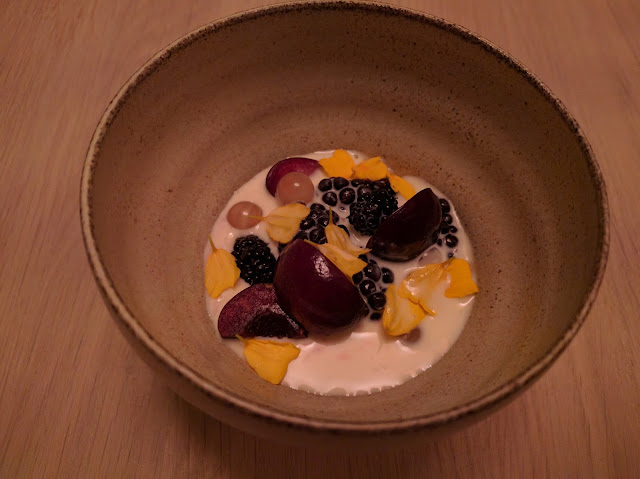 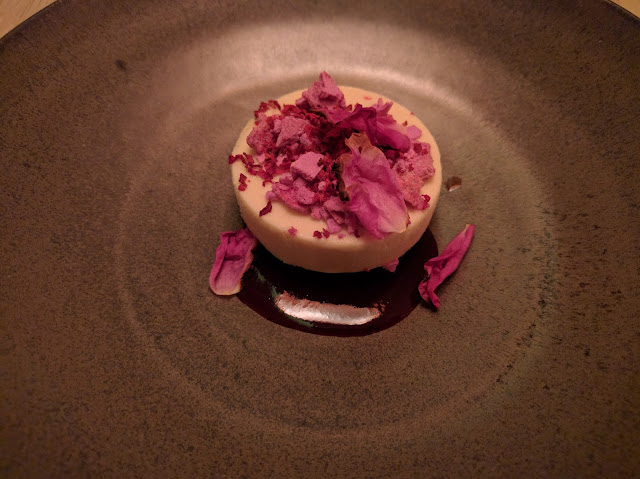 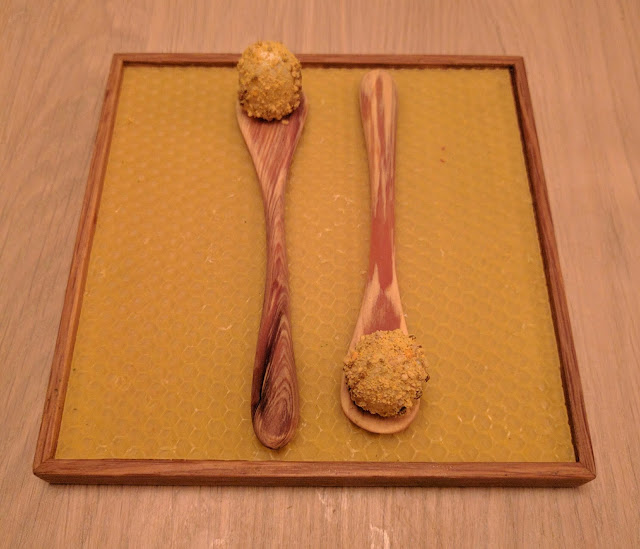 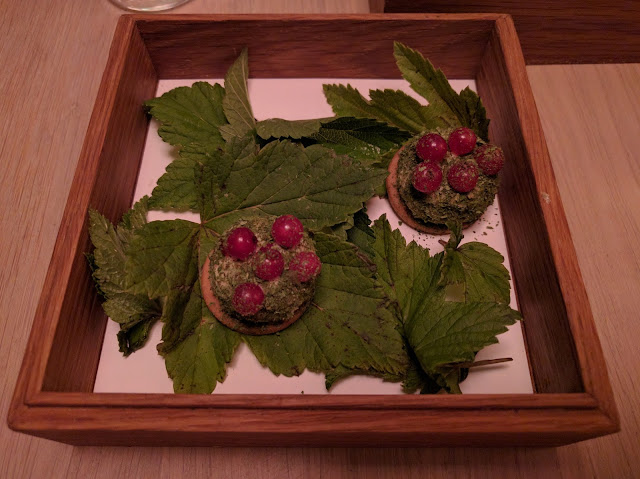 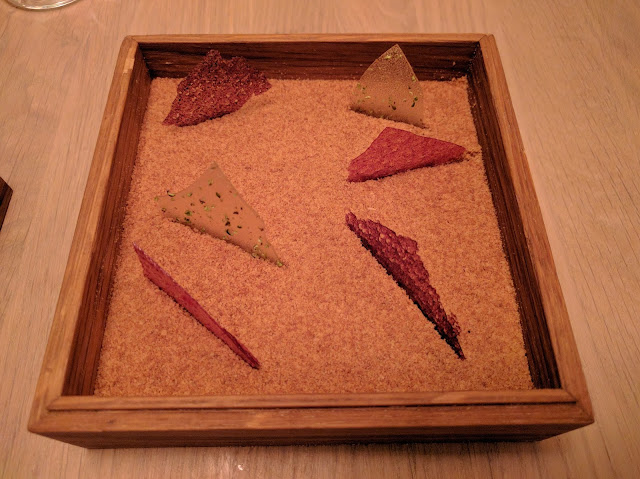 a lovely evening- and a great end to the trip... we headed back to Chicago the following day and Steve and Suzanne arrived about fifteen hours later for the visit recounted in the meals we had at El Ideas, 42 grams and mfk.... all excellent! so if you happened to (god forbid) miss the descriptions of that food - you can go back in the posts to late August!

stay tuned for more Chicago fun coming up- a couple of dinners - including the next:French Laundry and several plays and at least one concert before we finish September!
Posted by TOR at 6:42 PM