finally to the end 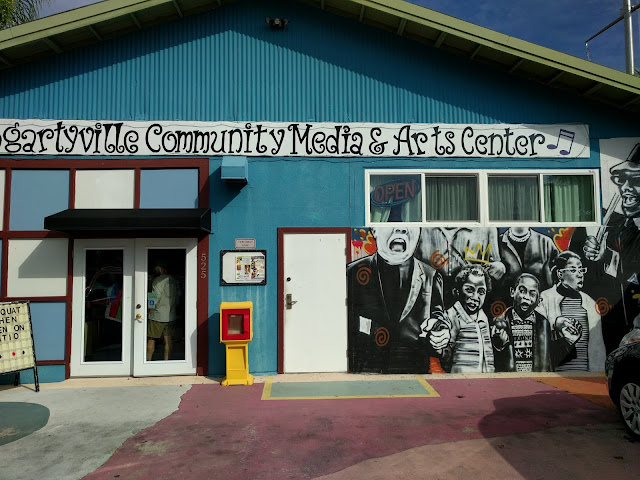 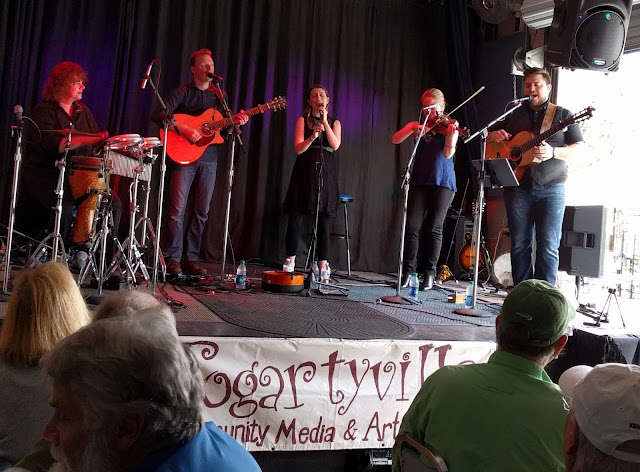 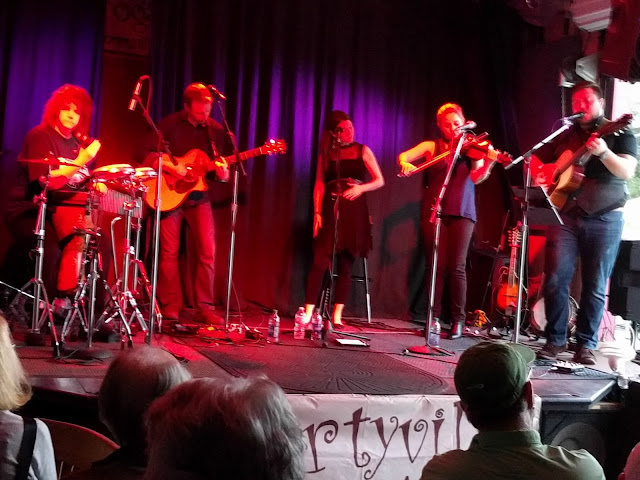 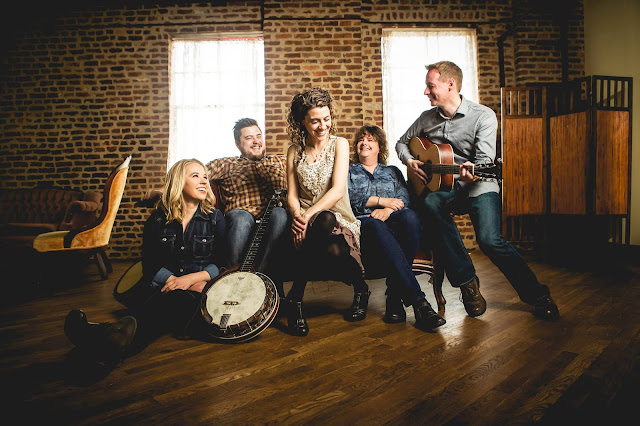 Quickly gaining recognition as one of Irish music’s new “super-groups,” RUNA has been enchanting audiences by pushing the boundaries of Irish folk music into the Americana and roots music formats since their formation in 2008. Interweaving the haunting melodies and exuberant tunes of Ireland and Scotland with the lush harmonies and intoxicating rhythms of jazz, bluegrass, flamenco and blues, they offer a thrilling and redefining take on traditional music.

RUNA consists of vocalist and step-dancer, Shannon Lambert-Ryan of Philadelphia, Dublin-born guitarist, Fionán de Barra, Cheryl Prashker of Canada on percussion, Dave Curley of Galway on mandolin, vocals, bodhrán, and step-dancing, and Maggie White of Kentucky on the fiddle. Check them out on their website: http://www.runamusic.com/2016/ 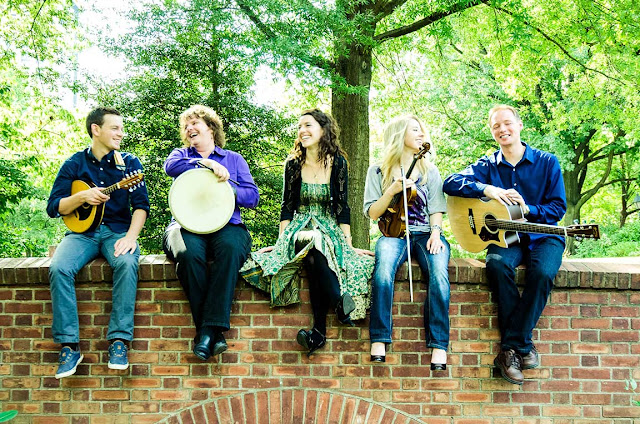 We had heard them play here a few years ago and here is my review- The male singer David Curley had several lovely numbers that I really liked,  Their instrumentals were excellent.  But they lost me when the female singer (center of the top photo) sang because I couldn't understand the words- even when Phil pulled up song lyrics on his phone I still could barely follow along her speedy pace made them a blur. I know that this sounds like the criticism of an old person who can't hear but I have excellent hearing (as did my mother until the day she died) and have no trouble telling Phil minutes ahead of the UPS truck arriving that is almost to our house... so it is not that.  When I had the lyrics in front of me I could see the words and also could see she left out a fair number of the words on the paper in order to reach the inordinate speed at which she sang.

and that is exactly as it turned out again- I really didn't care for the lead singer- although she had gotten more understandable- and I liked the new guy Zack White pretty much- although he doesn't dance like Curley did - but overall I still liked the percussionist and the male singer over the female...

so they were a nice way to get together with friends (Jean and Barb & John) and pass a few hours on a Sunday when it absolutely poured rain at dinner time but not much more.  And that is the missing month in five or six quick posts- sorry I took so long...
Posted by TOR at 10:17 PM