well we did end up with lots of noise at 7 AM - loud pounding that we covered up a bit by turning up our own "noise machine" the white noise generator that Phil travels with.

we managed to stay a sleep until around 11 AM and then got up - we were headed first to lunch but the subways were not favoring us this morning so we ended up doing that later.  we got off at Rector Street on the R line and headed for the hot dog cart- no that was not our next destination - just a stop along the way for a soda to share and a hot dog to split as we didn't have enough time for lunch before our timed tickets to the 9/11 memorial at the WTC site.

the process for entry was well run even with high security.

the memorial is devastating emotionally- and I think the architects have it just right- the fountains are on the foot prints of the twin towers and they empty into the seeming abyss of a black shaft in the center of each.

the names of all who perished line the railings of the fountains and the site is covered in trees (including the survivor tree- the lone tree that survived the attack.)

it is quite peaceful and I think when the whole complex is complete will be a worthy tribute to our heartrending loss.

Photos:  you must have a ticket to enter- they are timed every fifteen minutes- 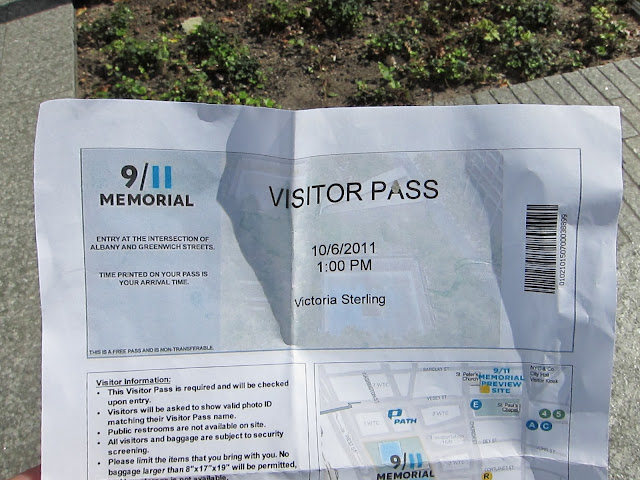 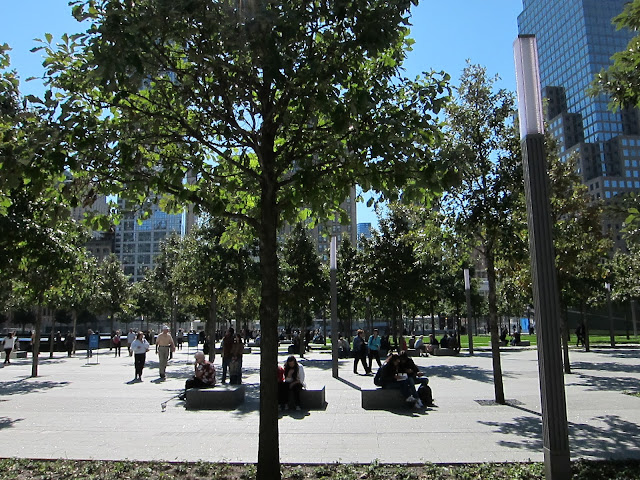 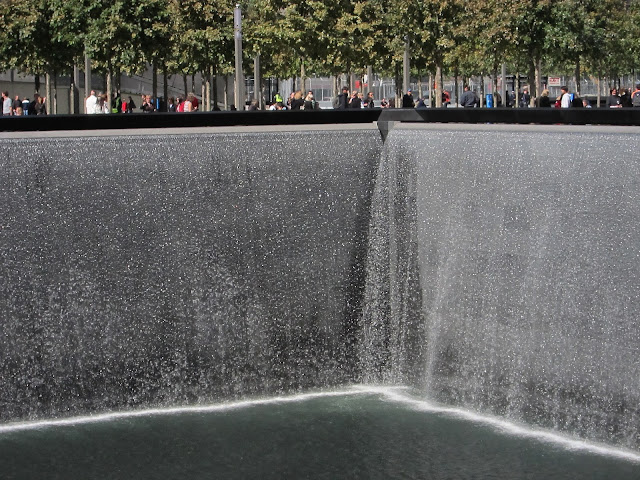 the first responders are memorialized at the south tower in the area where we first entered the site. 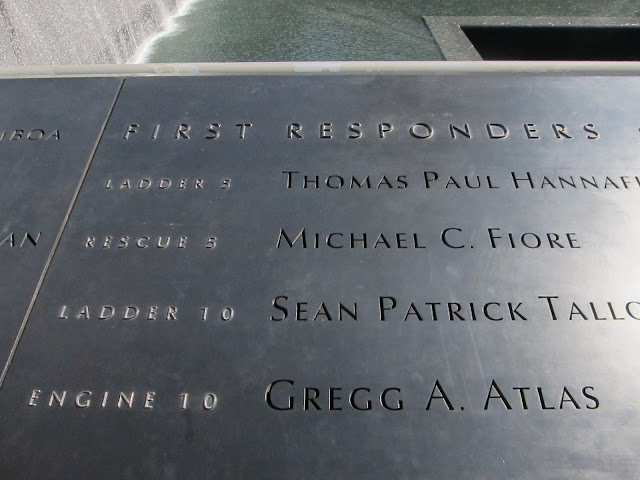 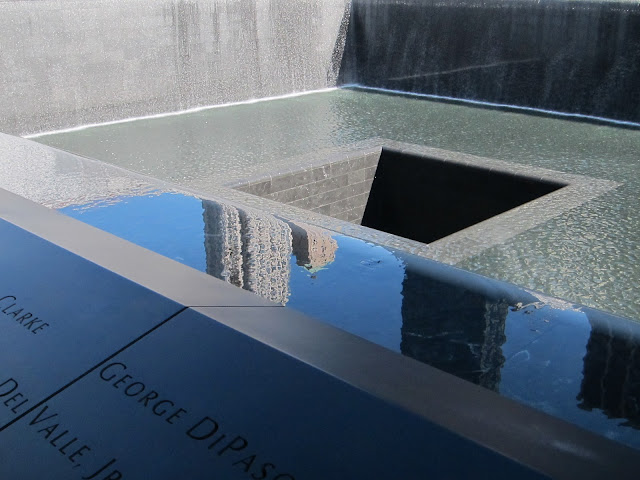 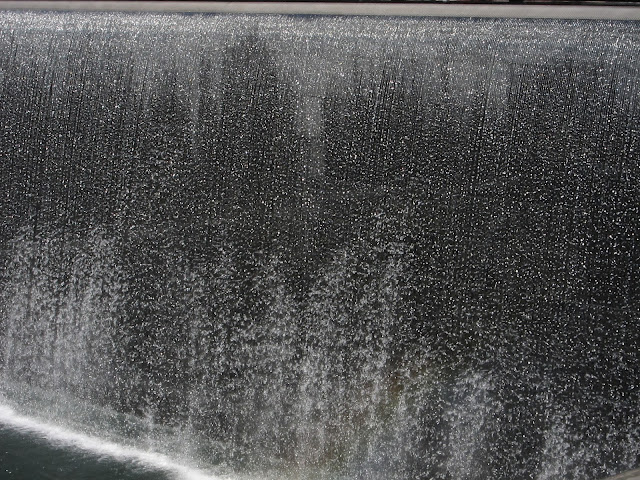 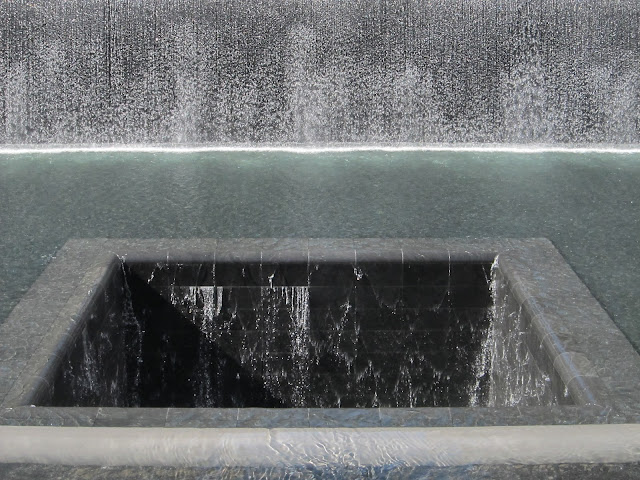 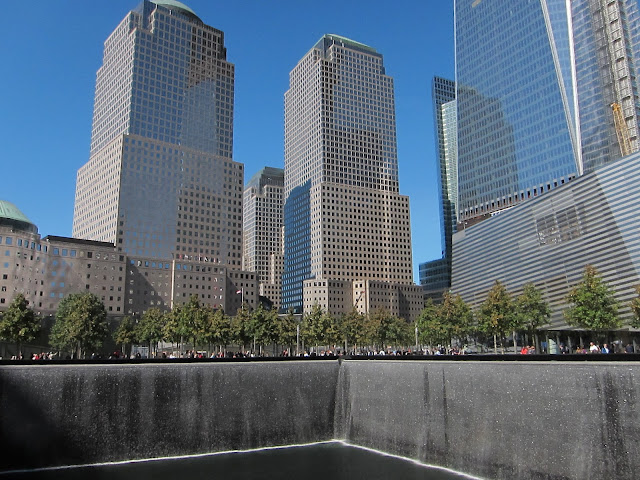 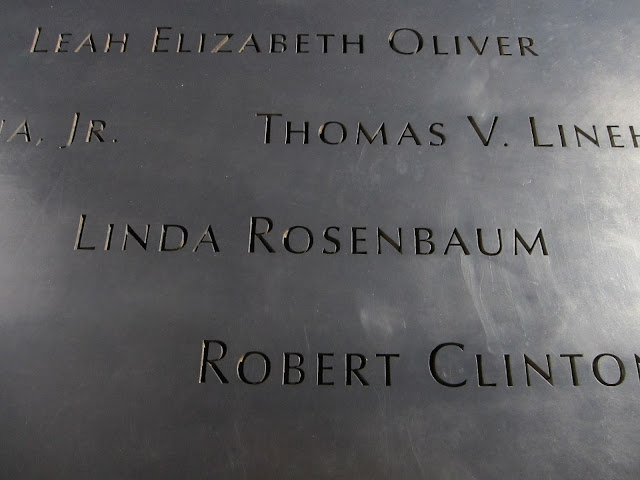 this photo gives some perspective of the plan of the site- 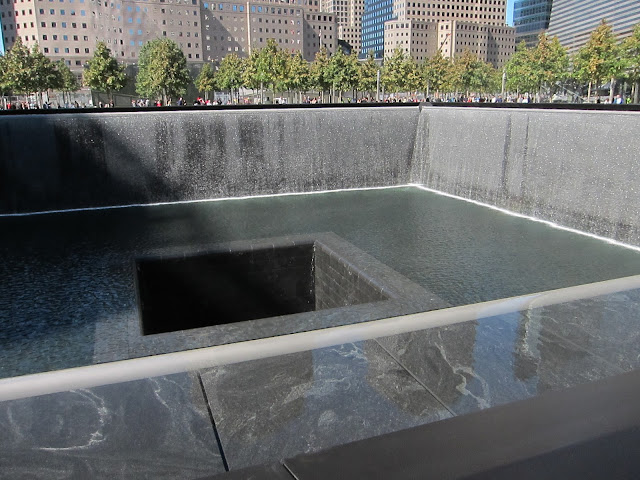 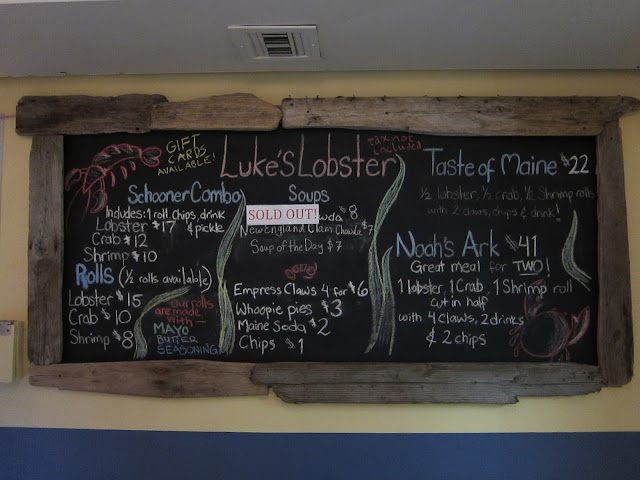 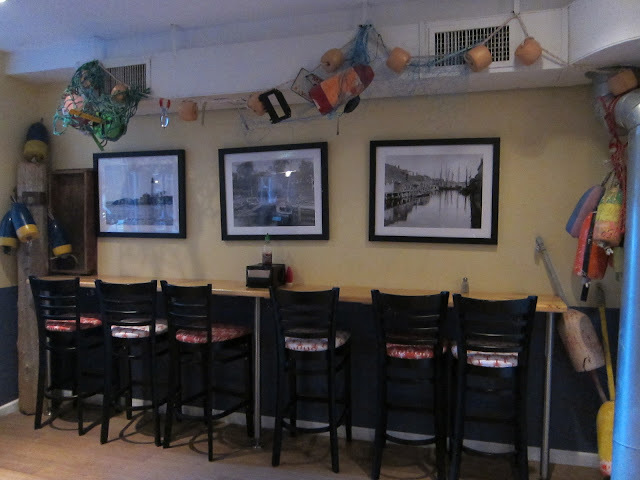 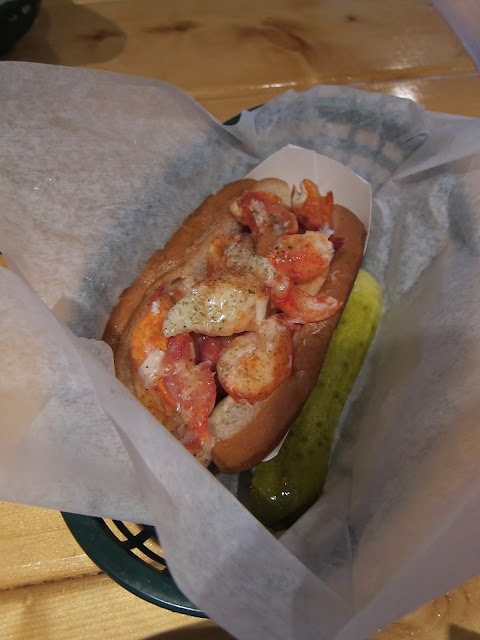 the view from the bedroom of their new apartment 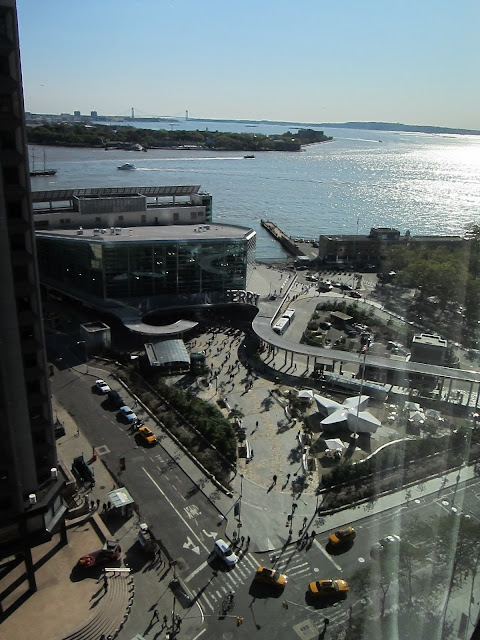 Zuccotti Park - the HQ of the Occupy Wall Street Movement- 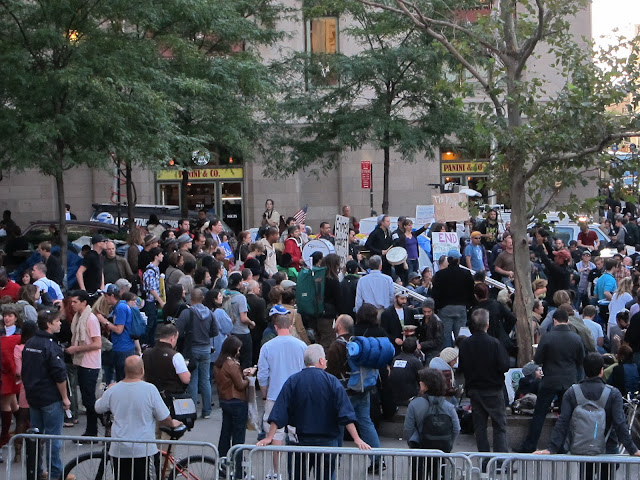 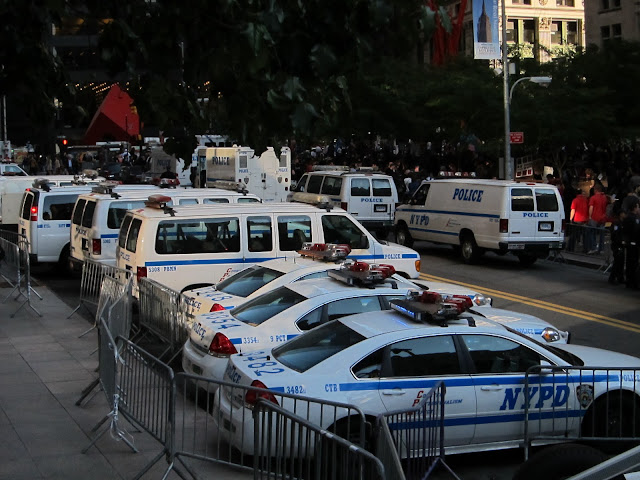 we later went to have drinks with Jeremy and Vanessa and then on to the Judy ﻿Show  before a late dinner at The House near the show- an excellent salad of butter lettuce and endive in a ginger dressing was my favorite dish.
Posted by TOR at 6:51 PM