last night we revisited Ceres table. It had been a while since we were there last and still I found the food very well prepared. I had the arancini appetizer and Phil had the antipasti.  Neil had a half portion of linguini vongole and the Sicilian meatloaf as an entrée.  I had the meatloaf as an entrée as well and Phil had the pasta special, fettuccine with guanciale and onions.

Neil had gelato for dessert and Phil and I shared a "baked Alaska" - which was non traditional but I found to my liking.  Phil is a bit more sever of a critic and although he liked his food he still found the choices limited. I on the other hand always find something on the menu I like and have a higher opinion of the restaurant which is very friendly and the service is good.

It is also BYO with a 20 per bottle corkage and a two bottle maximum for table... corkage is waived one for one- so buy two and get two of you own poured free- which may work with a larger group but for the three of us- we decided to just pay the corkage on our own wines...Still it is a nice option! 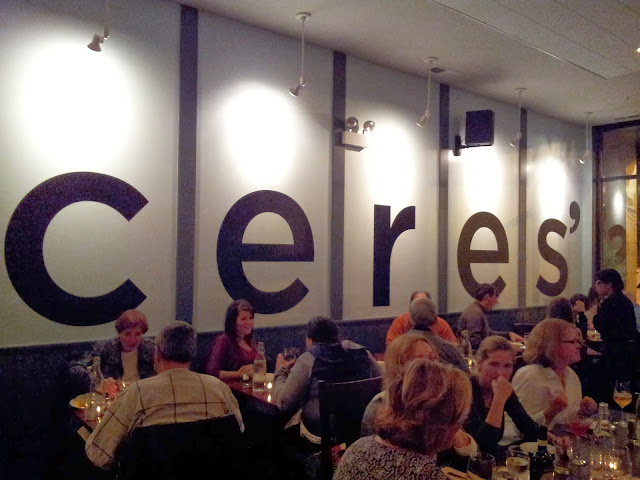 the arancini- and then the anti pasti platter- with lamb terrine, duck confit and a lightly smoked pork shoulder- 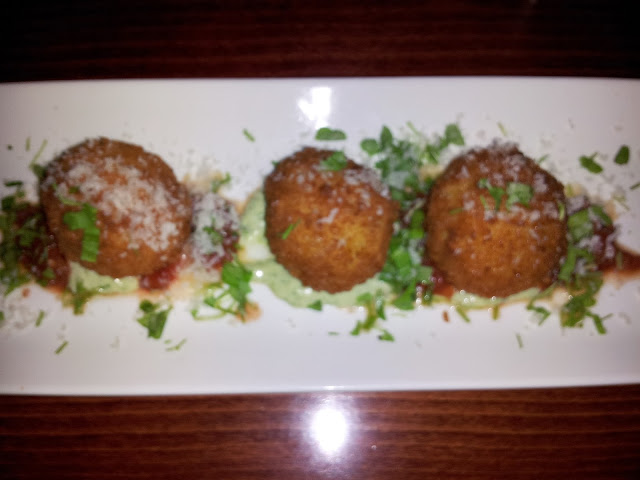 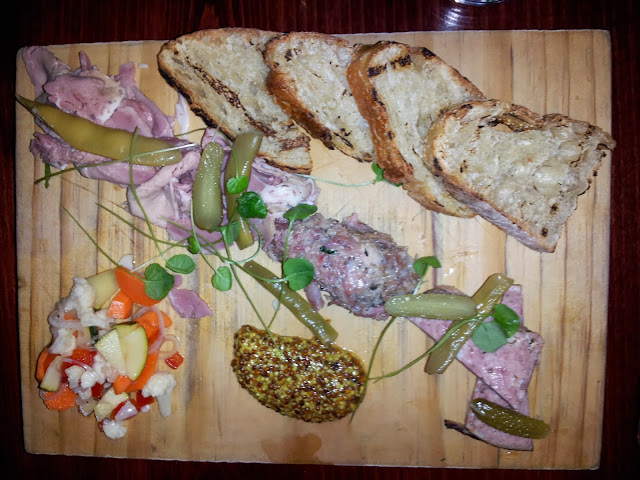 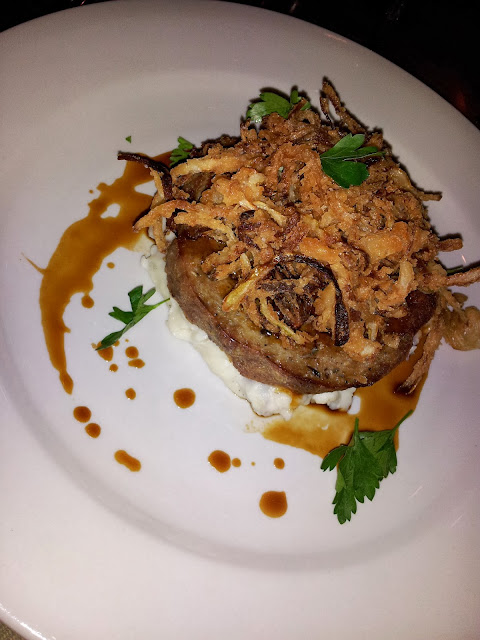 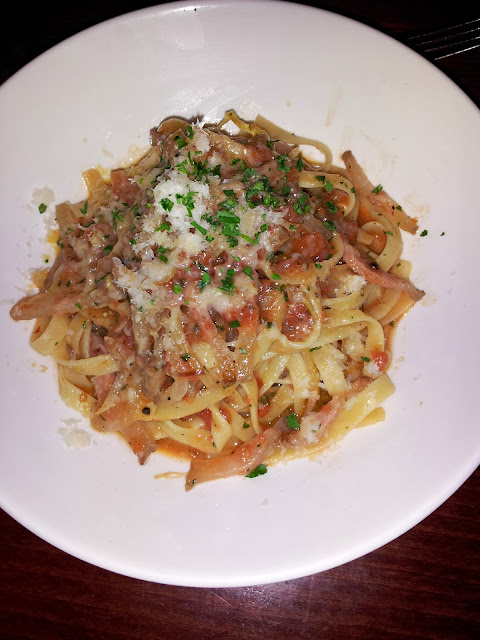 Neil's meatloaf (he insisted his be photographed too!) 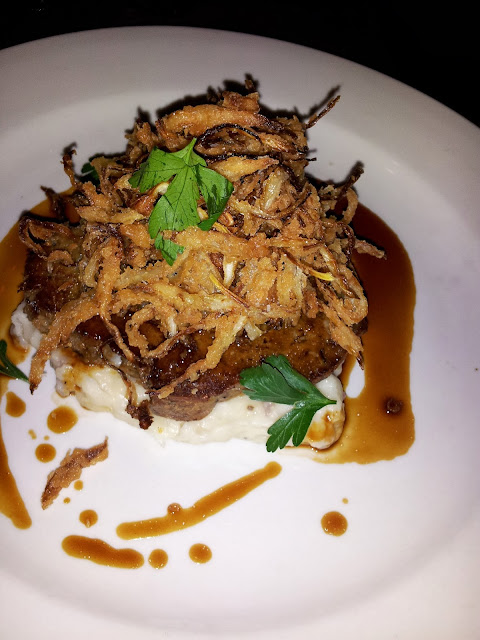 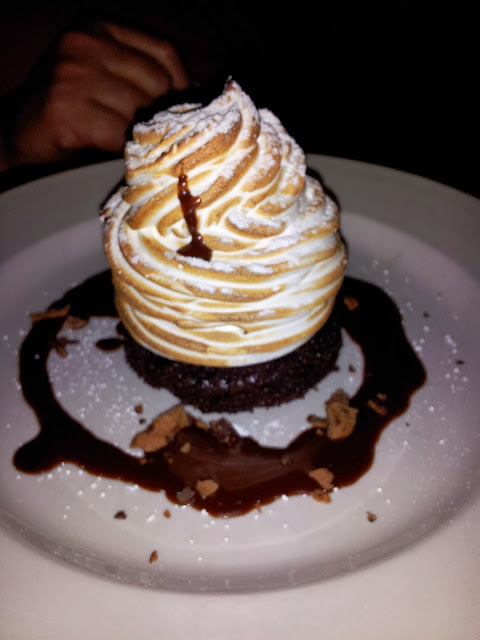 the red wine and then the white- 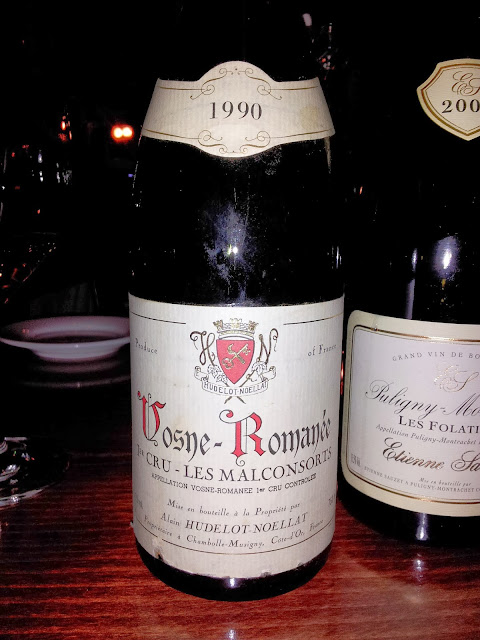 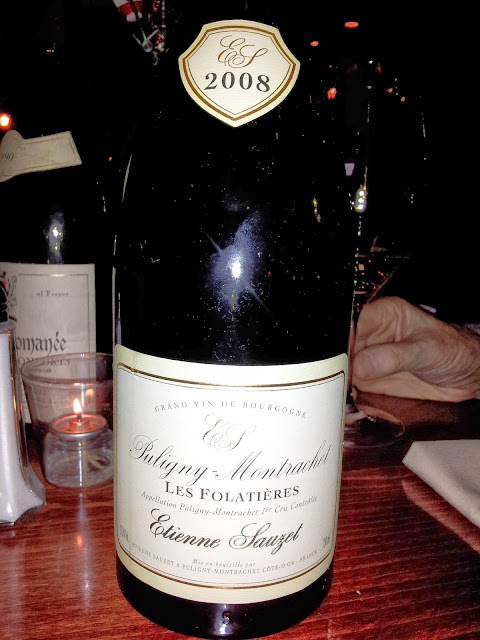 up tonight the Bocuse D'Or menu at Next- with Mon and Beth... tomorrow Bistro Campagne with Brian and Tina and Sheila and Mary - then Monday: Oceanique with Evanston friends. Tuesday morning kitties and I leave for warmer climes!  And finally today I feel like my cold from China is well and truly over after two solid weeks! Yea!

and yes I will get back to blogging about the China trip- as soon as my social whirlwind dies down a bit and I have the time to do the marvelous trip justice.  Never fear! LOL
Posted by TOR at 12:04 PM