so on our first morning in Fes we headed to a museum to start our day.  this museum held various artifacts including carpets and doors and other architectural features of old palaces.  As a matter of fact it was housed in an old palace that was historically the quest quarters for visitors to the king. From there we went on the entrance gates of the new palace in Fes- which were magnificent examples of the mosaic tile work we have been seeing and also some incredible metal working- but  the photos tell the story much better than I would-

as is common the palace is built around a central courtyard and all rooms open to the courtyard with almost none of them connecting with each other- the courtyard has a central fountain or water feature.... and despite the hustle and bustle going on just outside - the inner courtyard is an oasis of serenity and quiet. 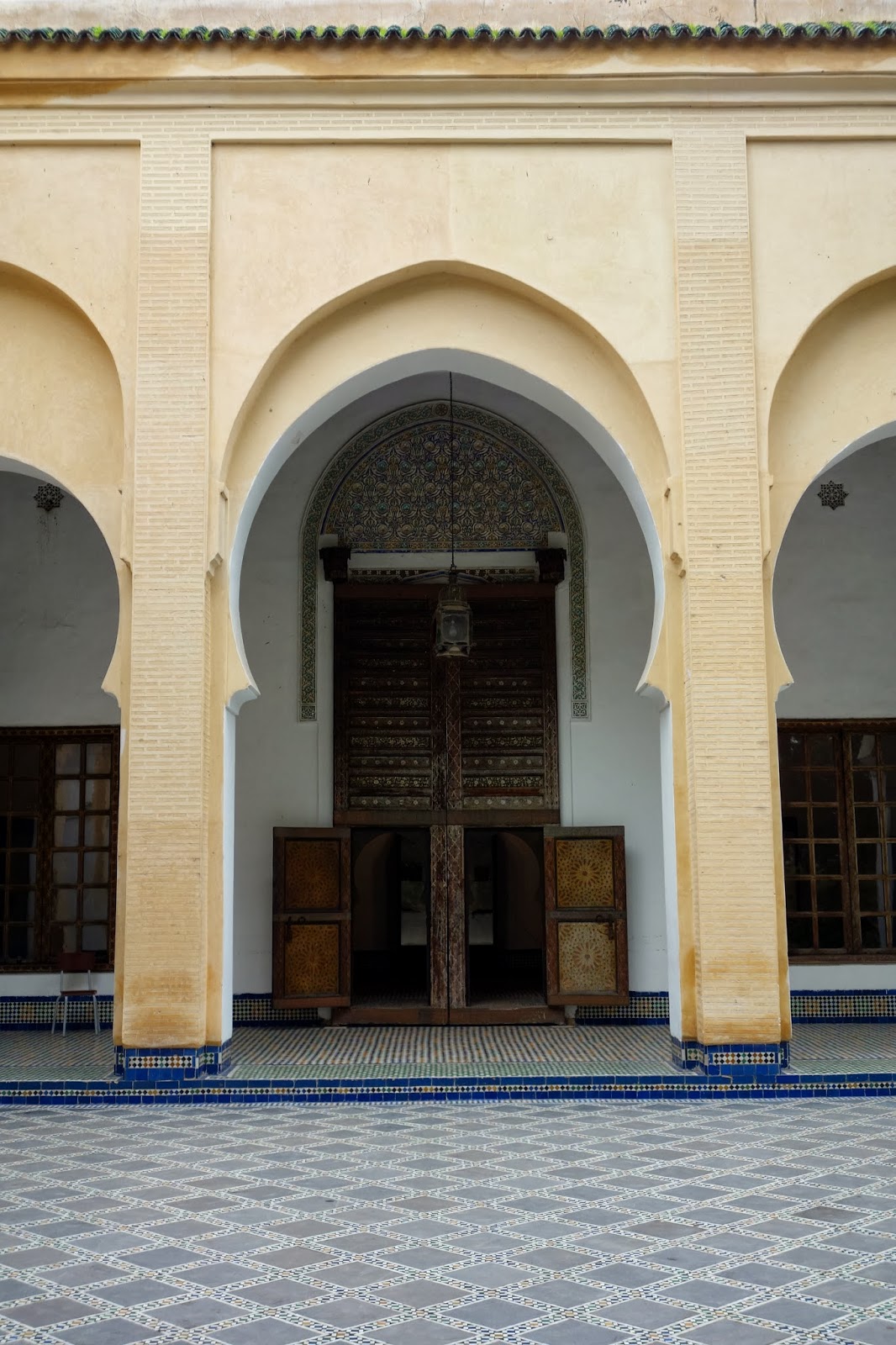 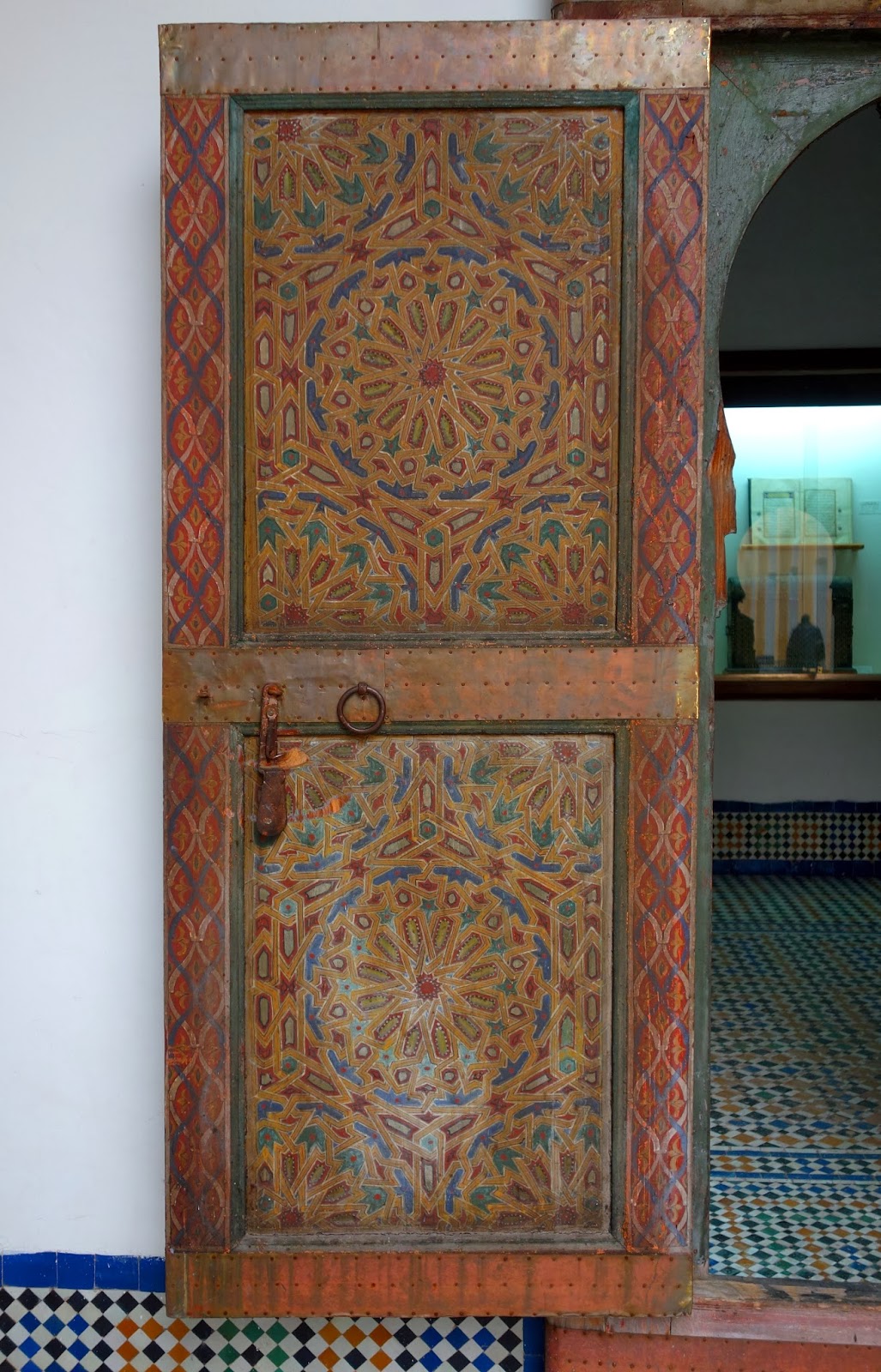 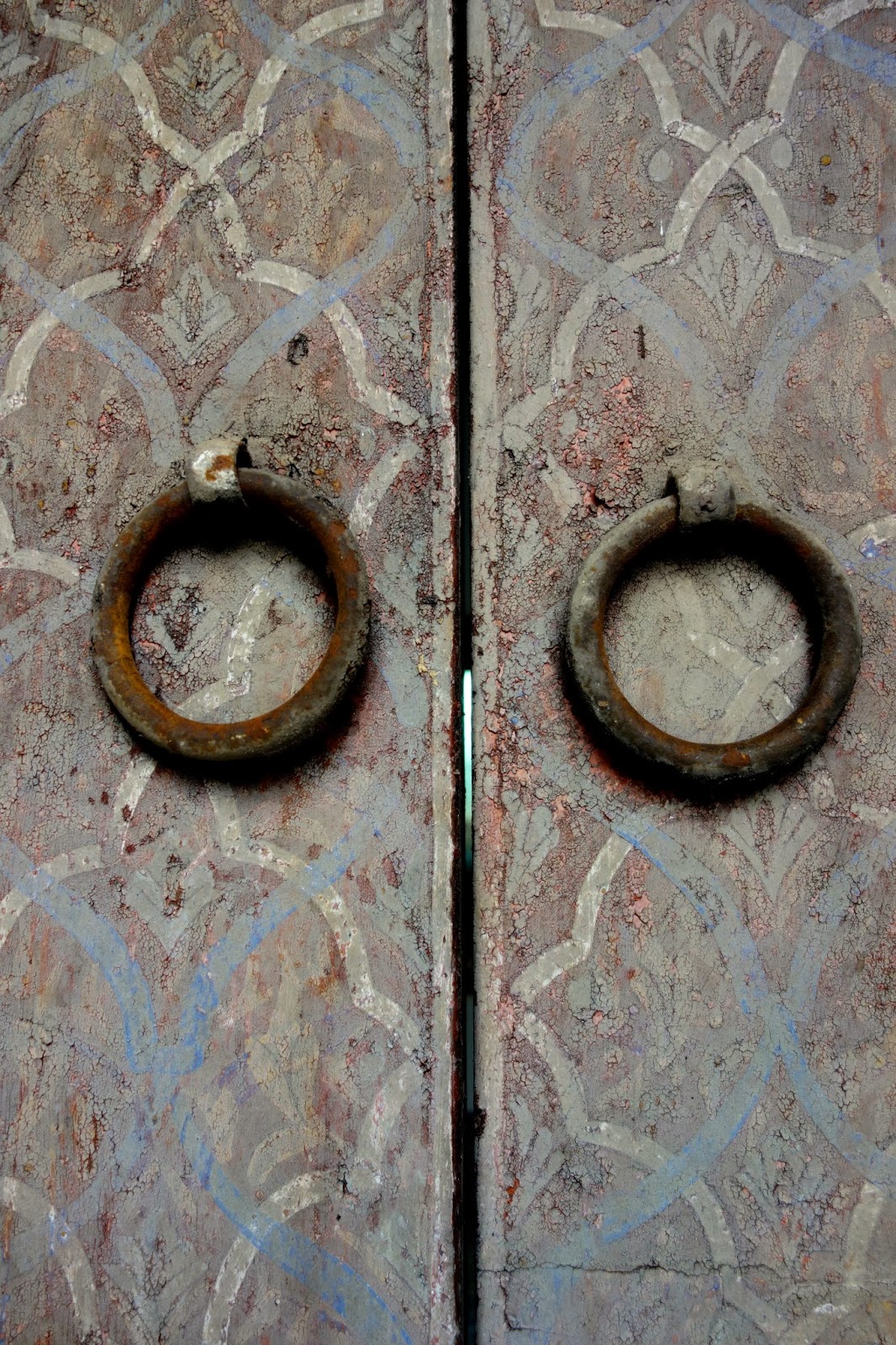 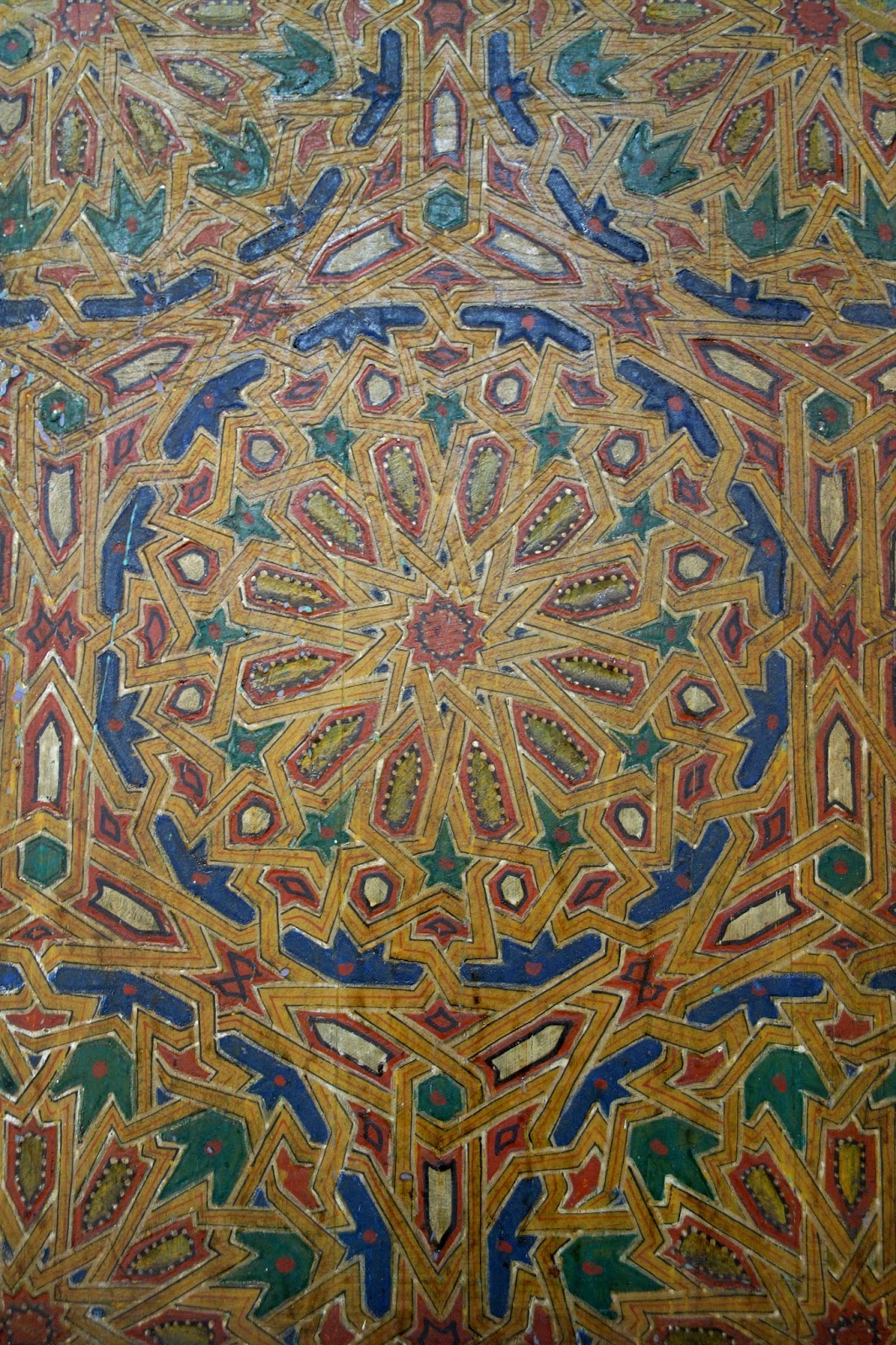 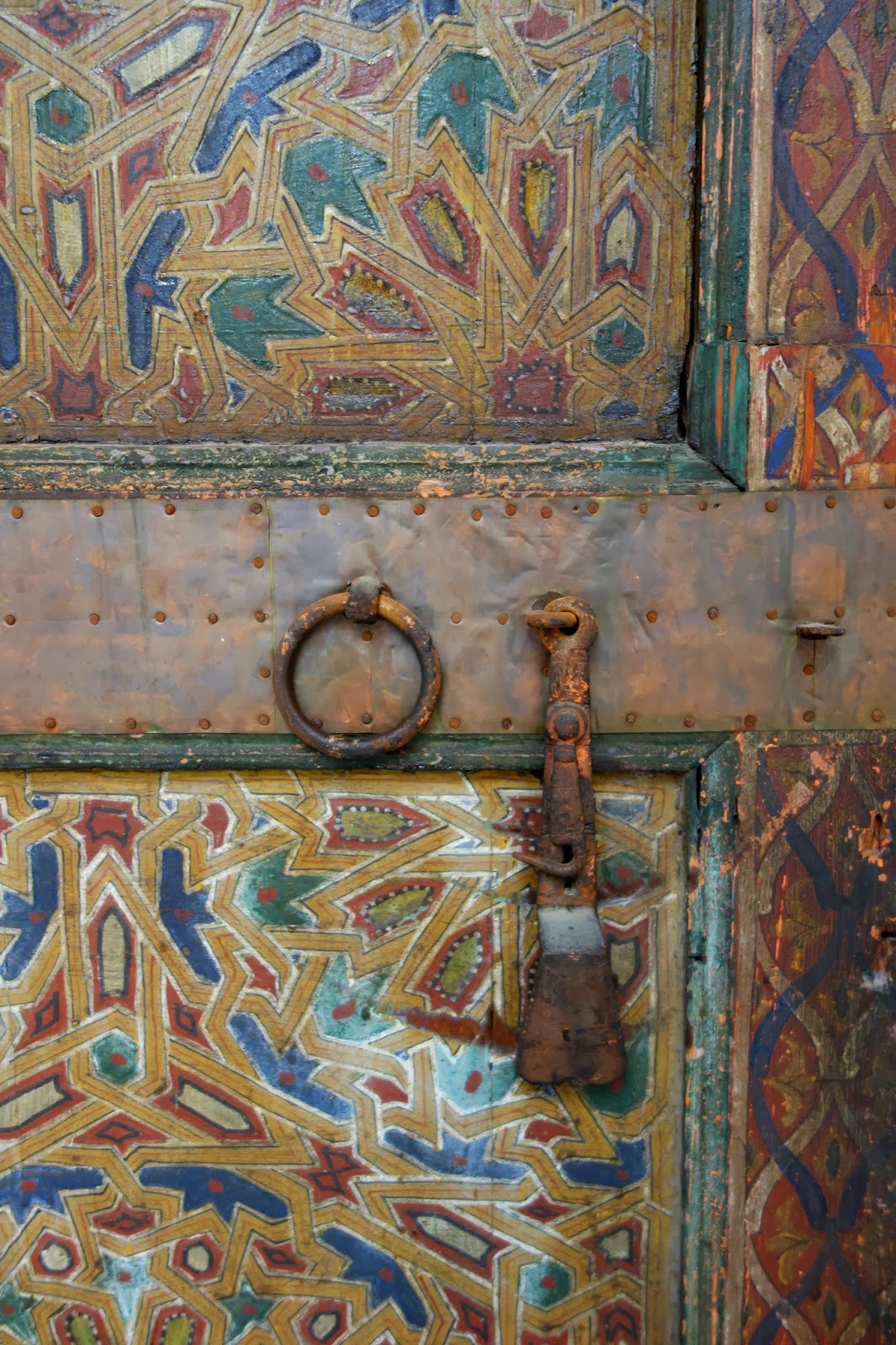 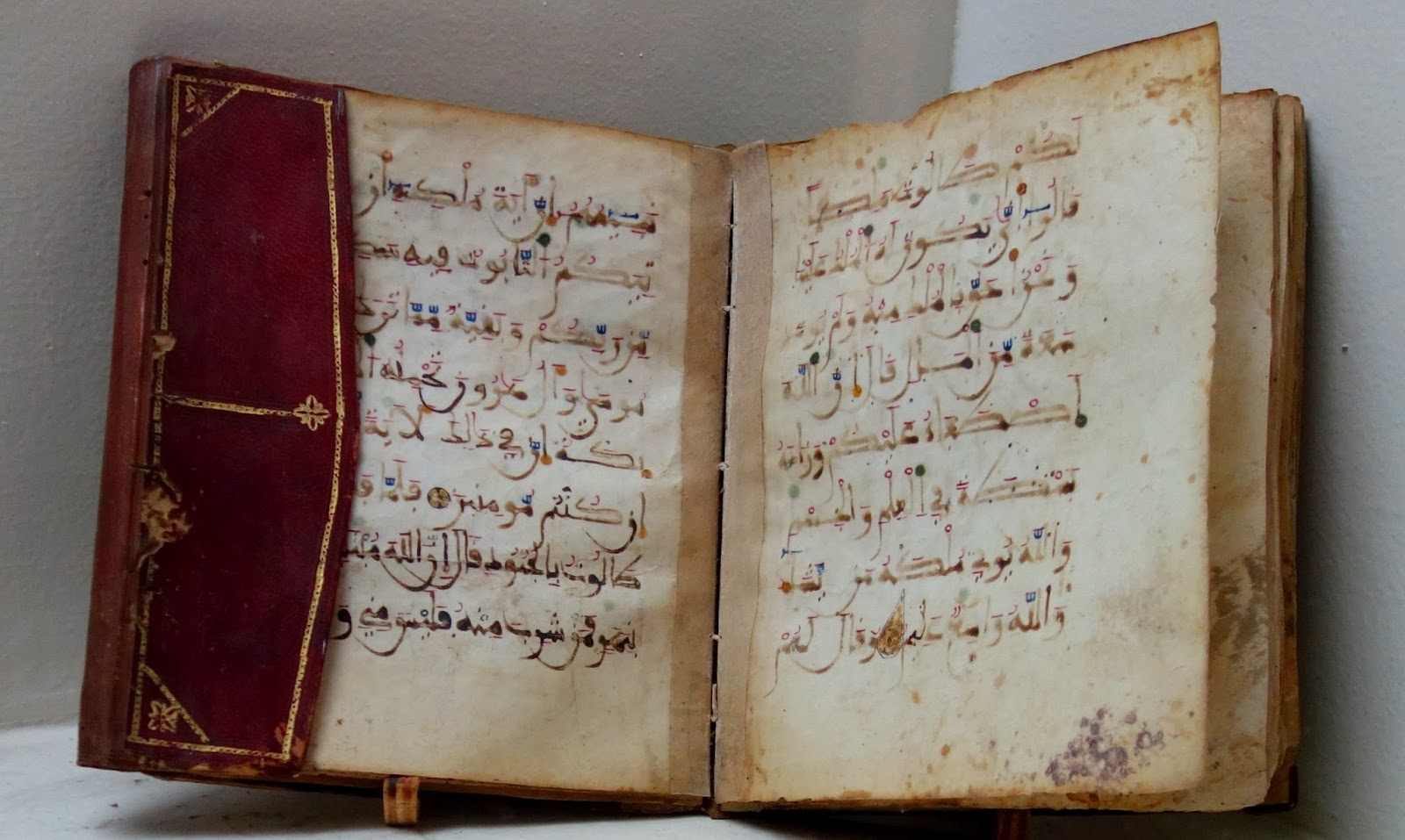 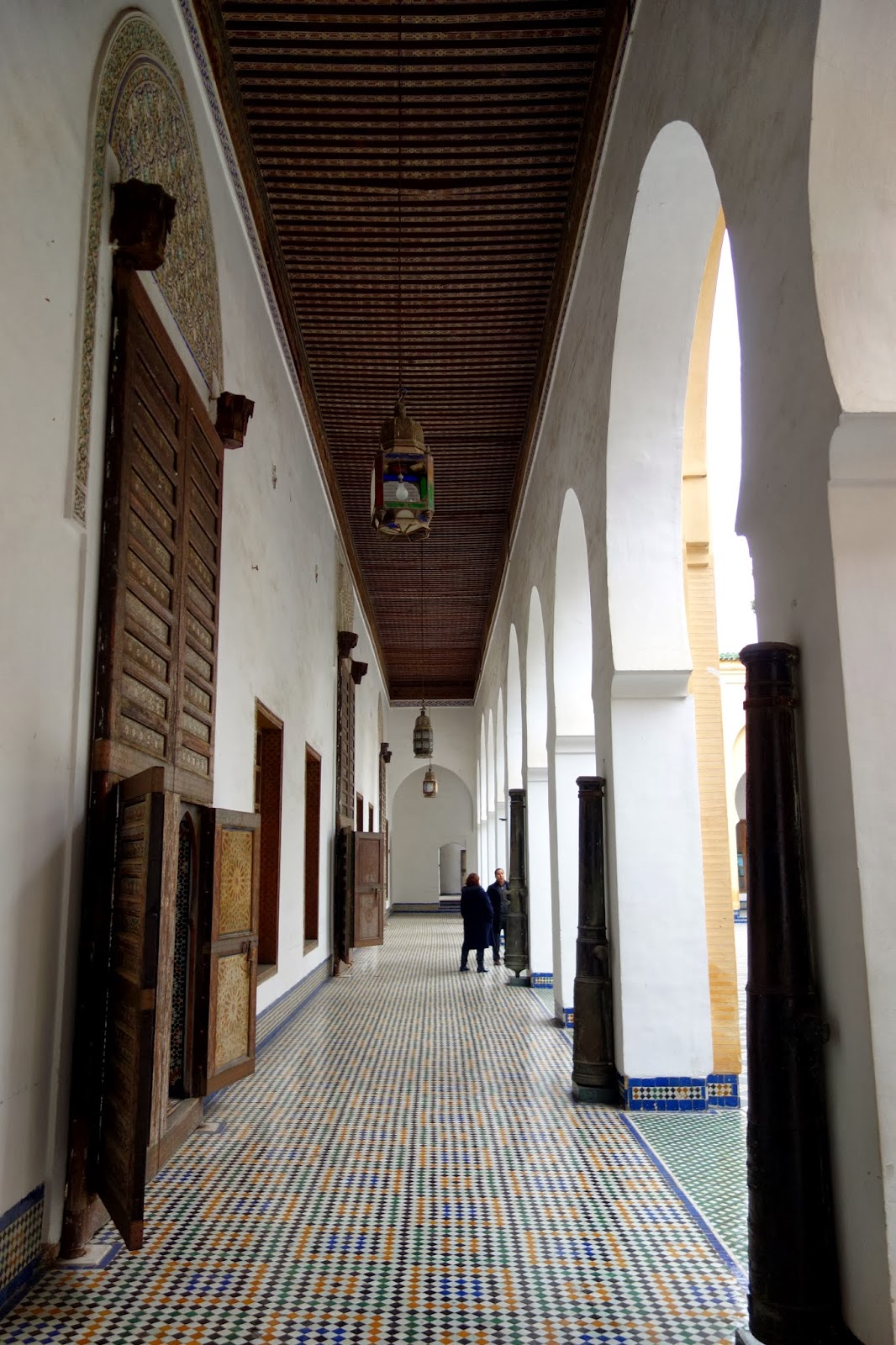 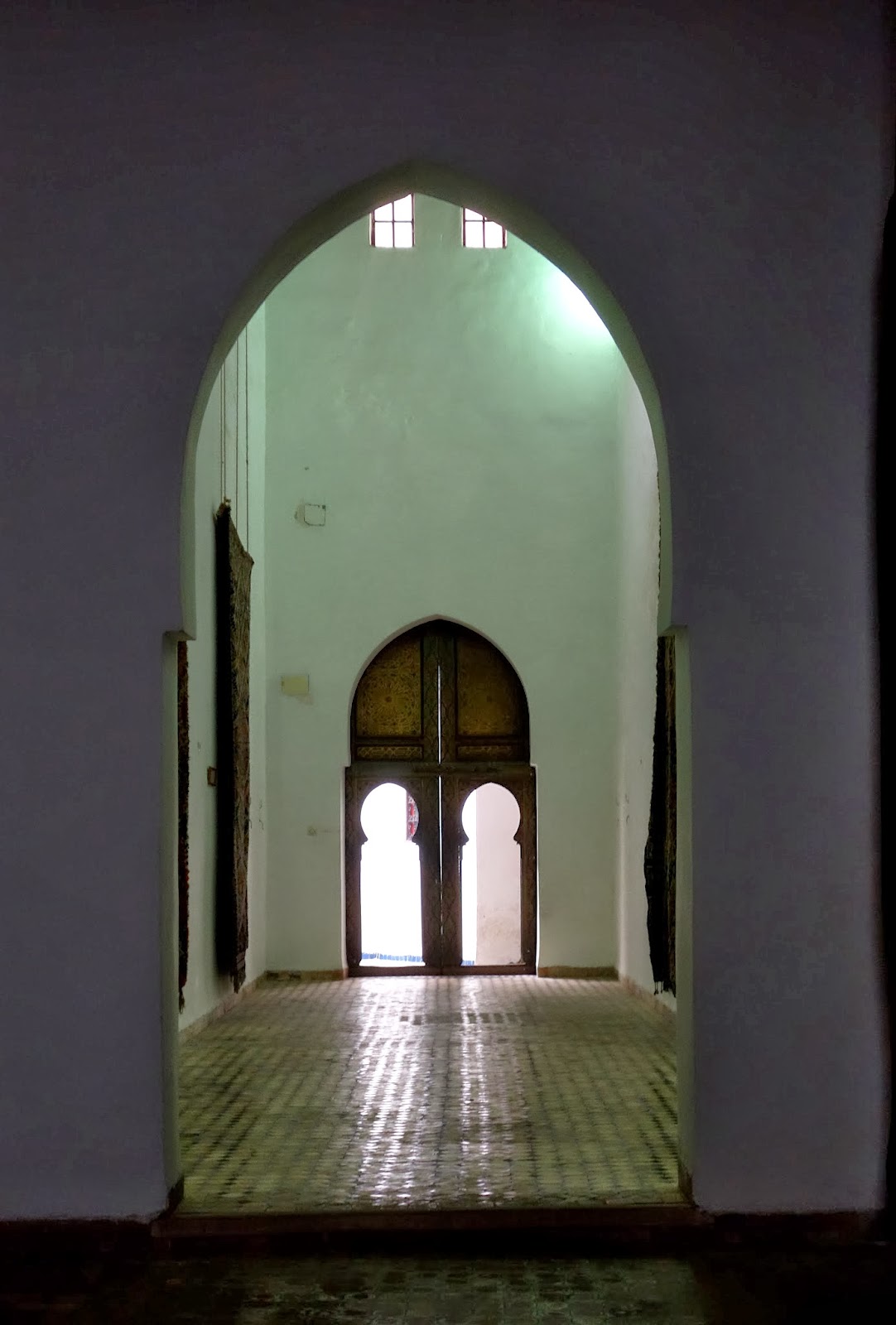 below is a small courtyard in the corner of the building - 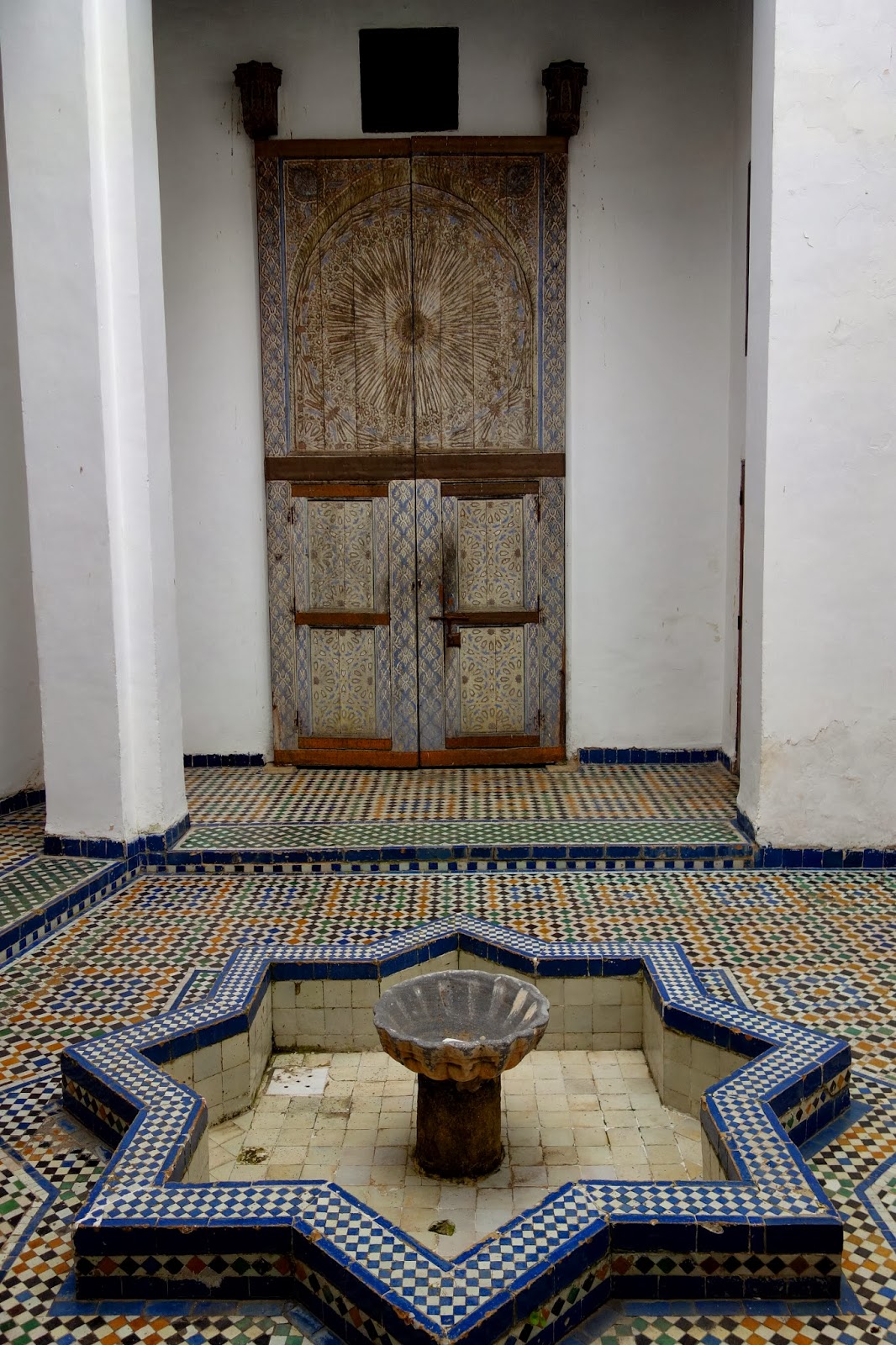 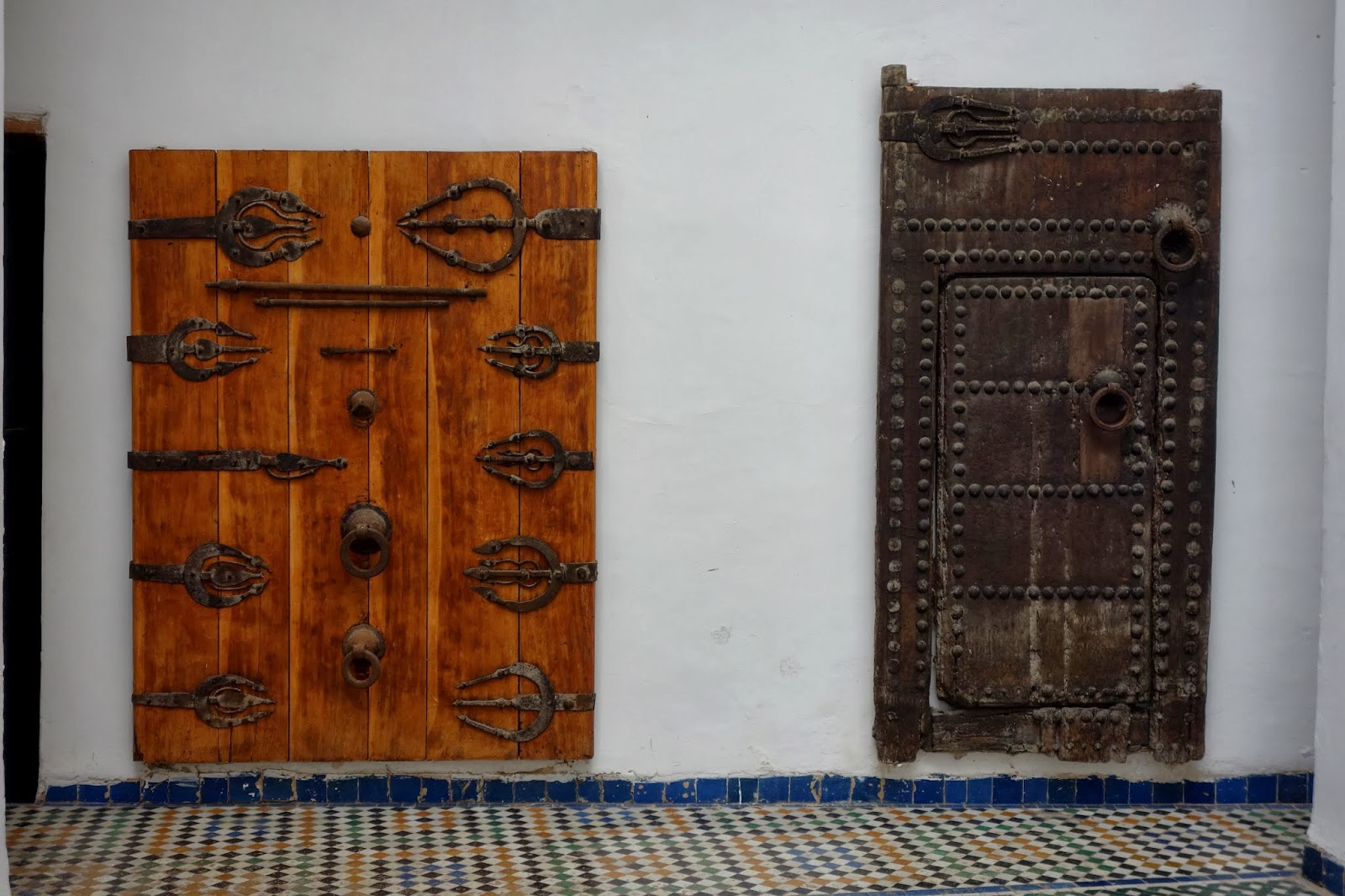 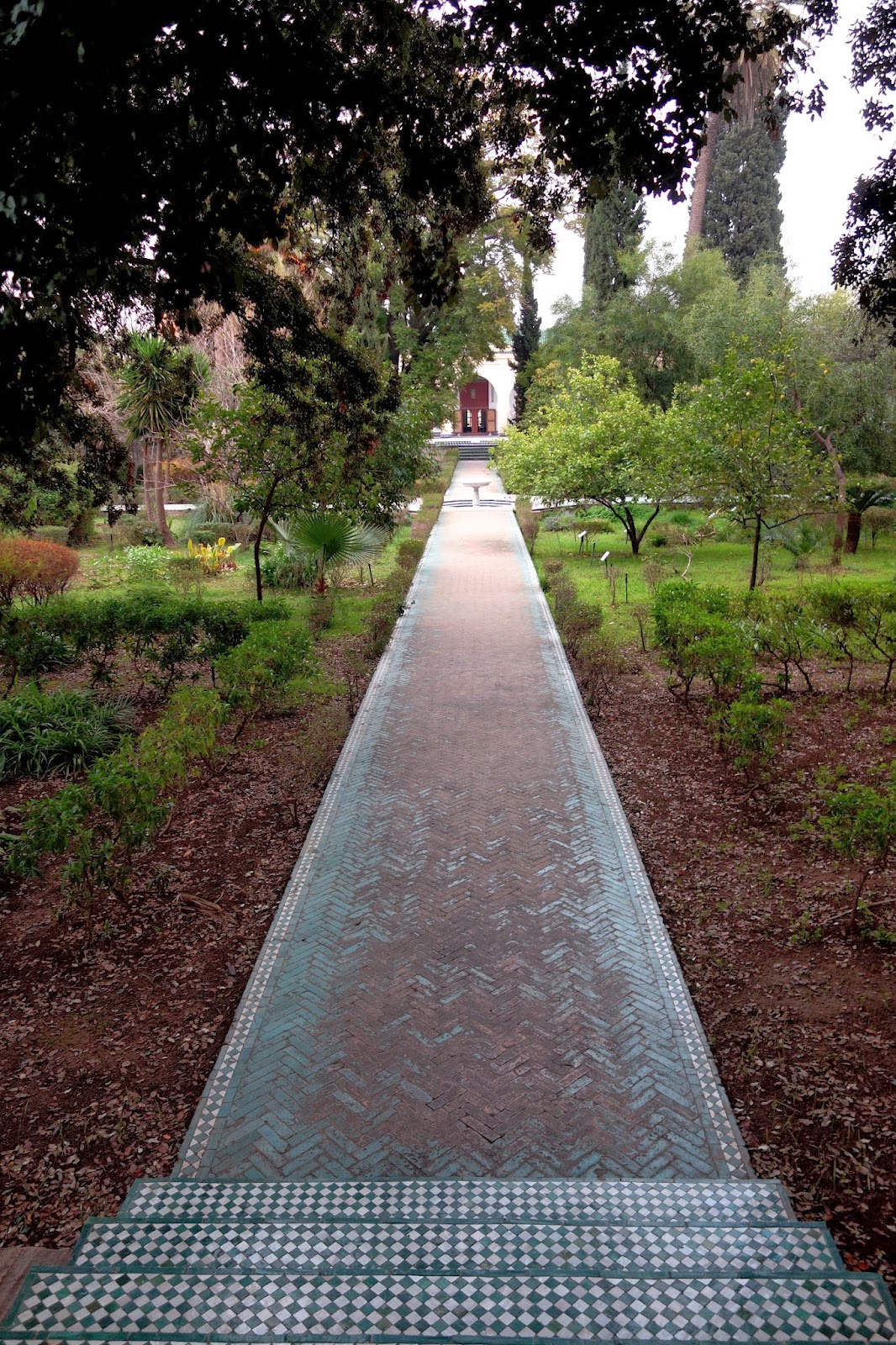 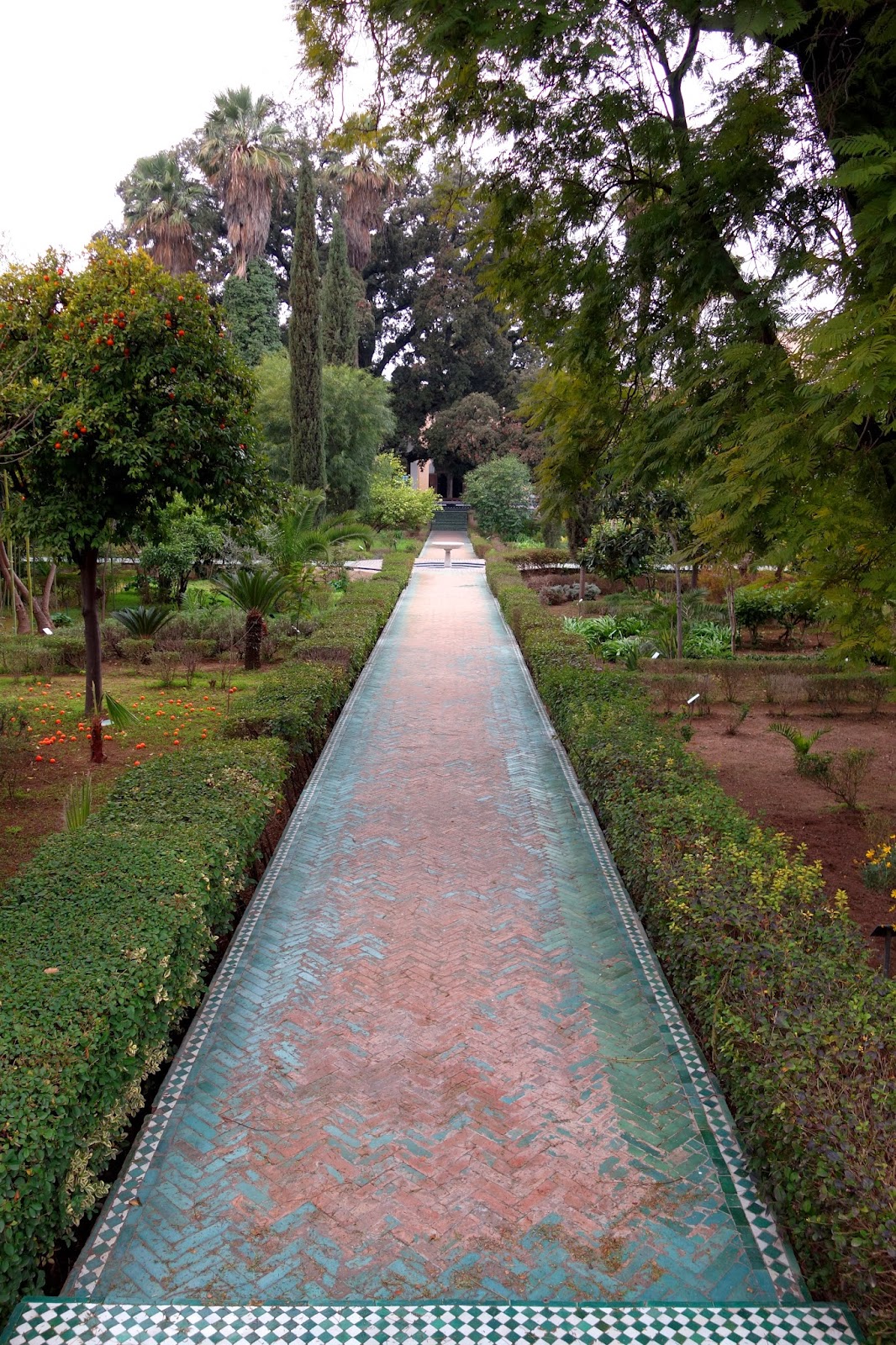 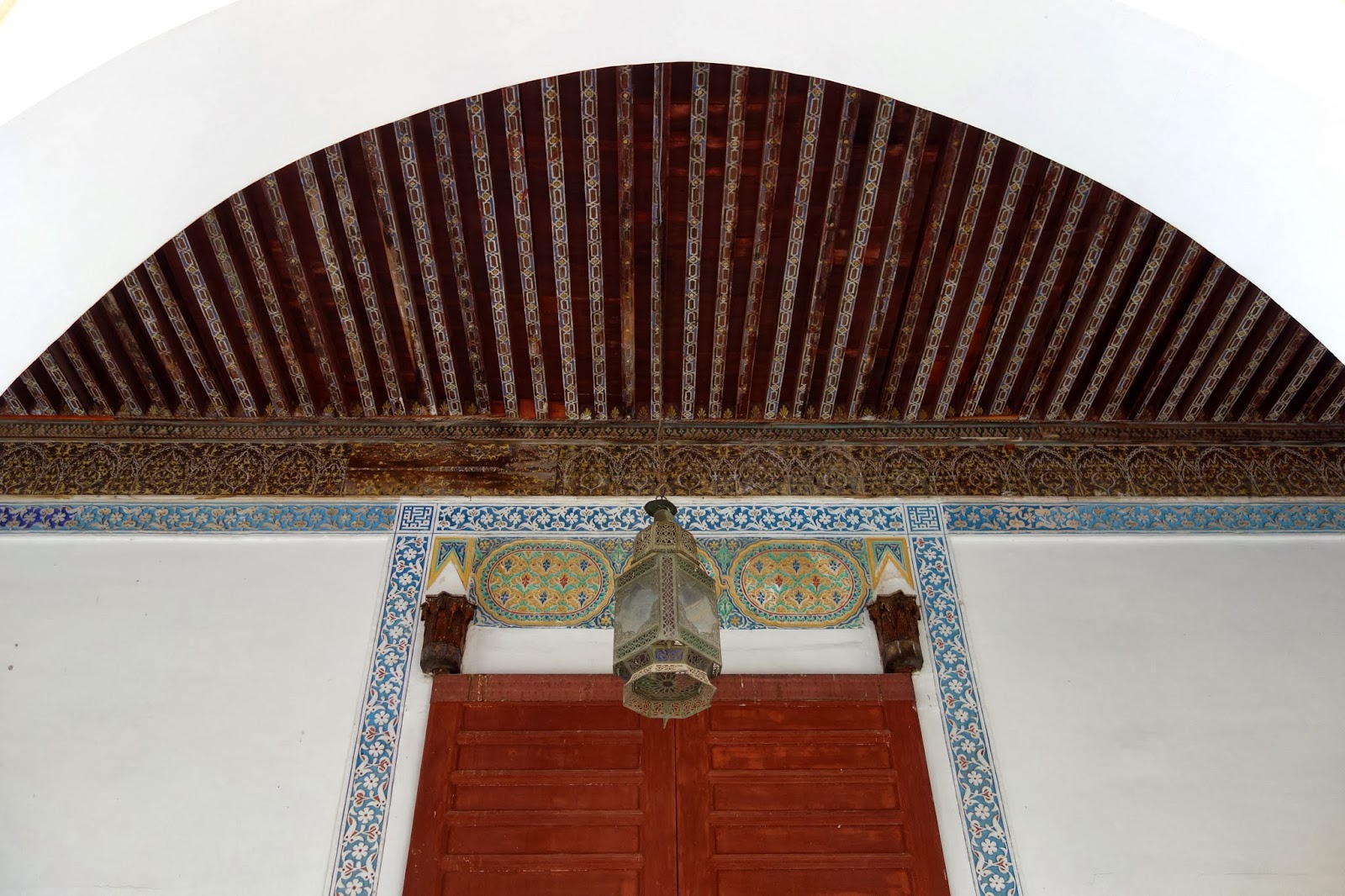 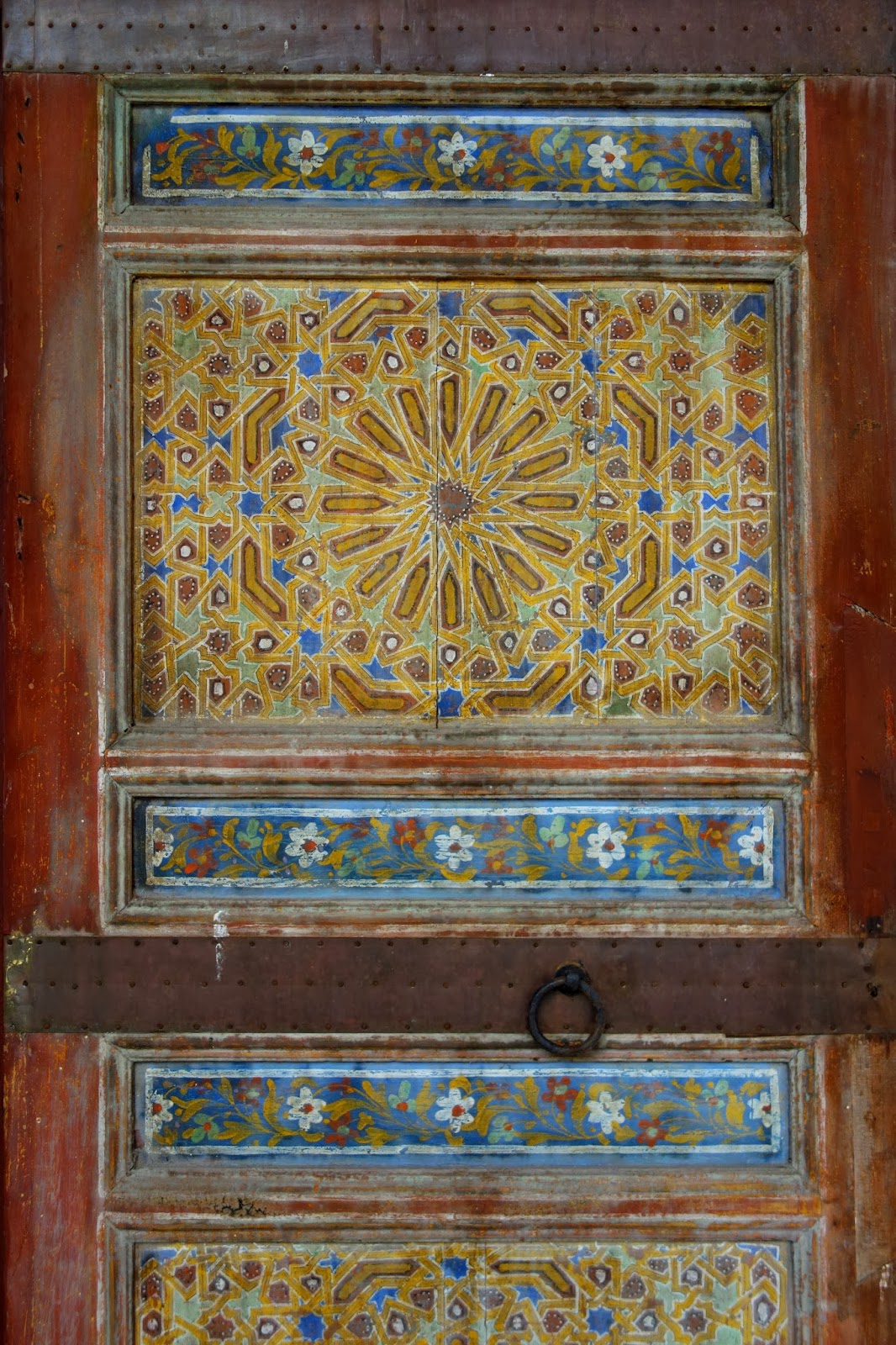 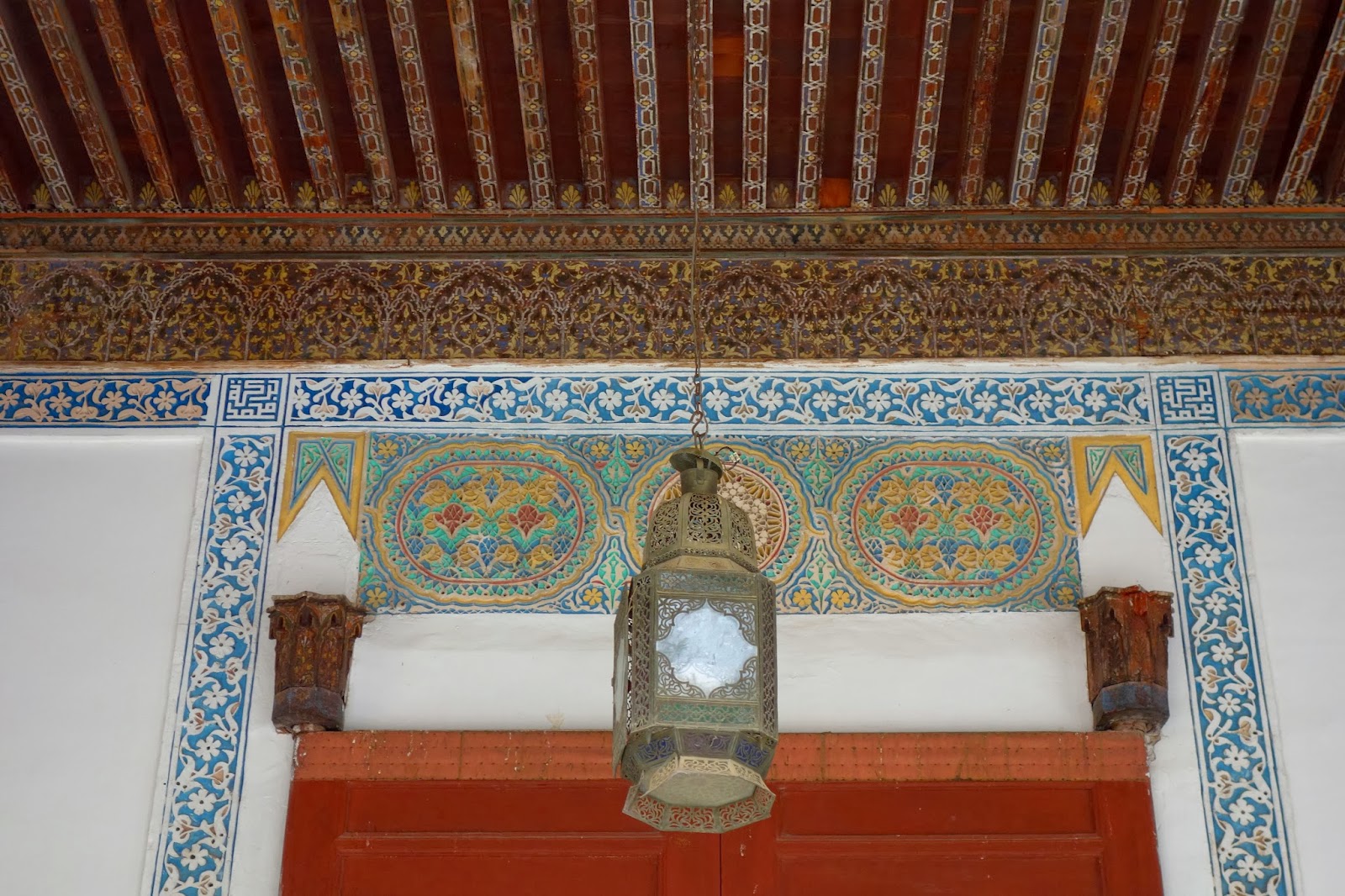 the decorative wood and tile work on the old palace is not a lost art, as are so many crafts in the west- below are views of the modern palace gates/doors- 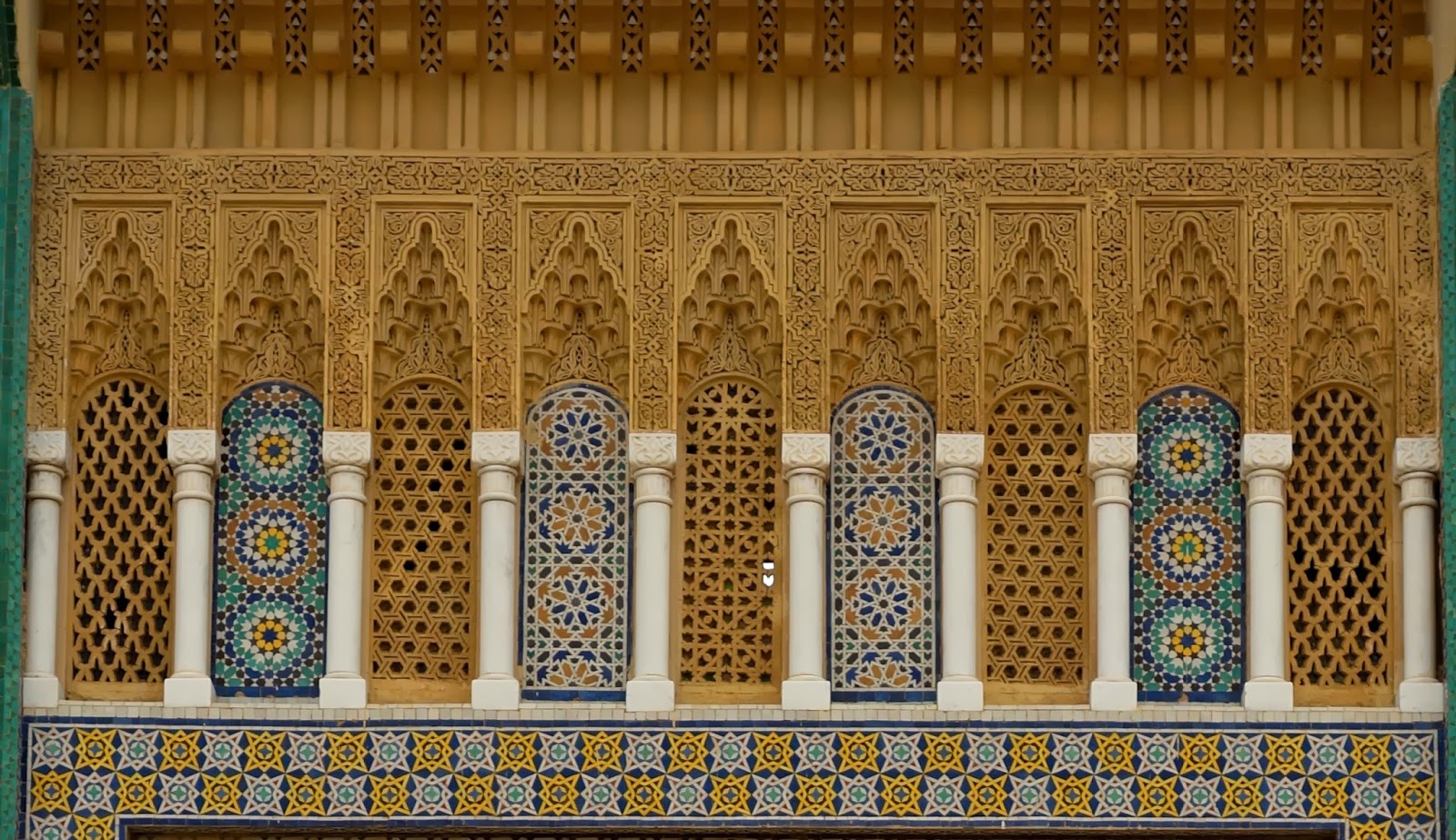 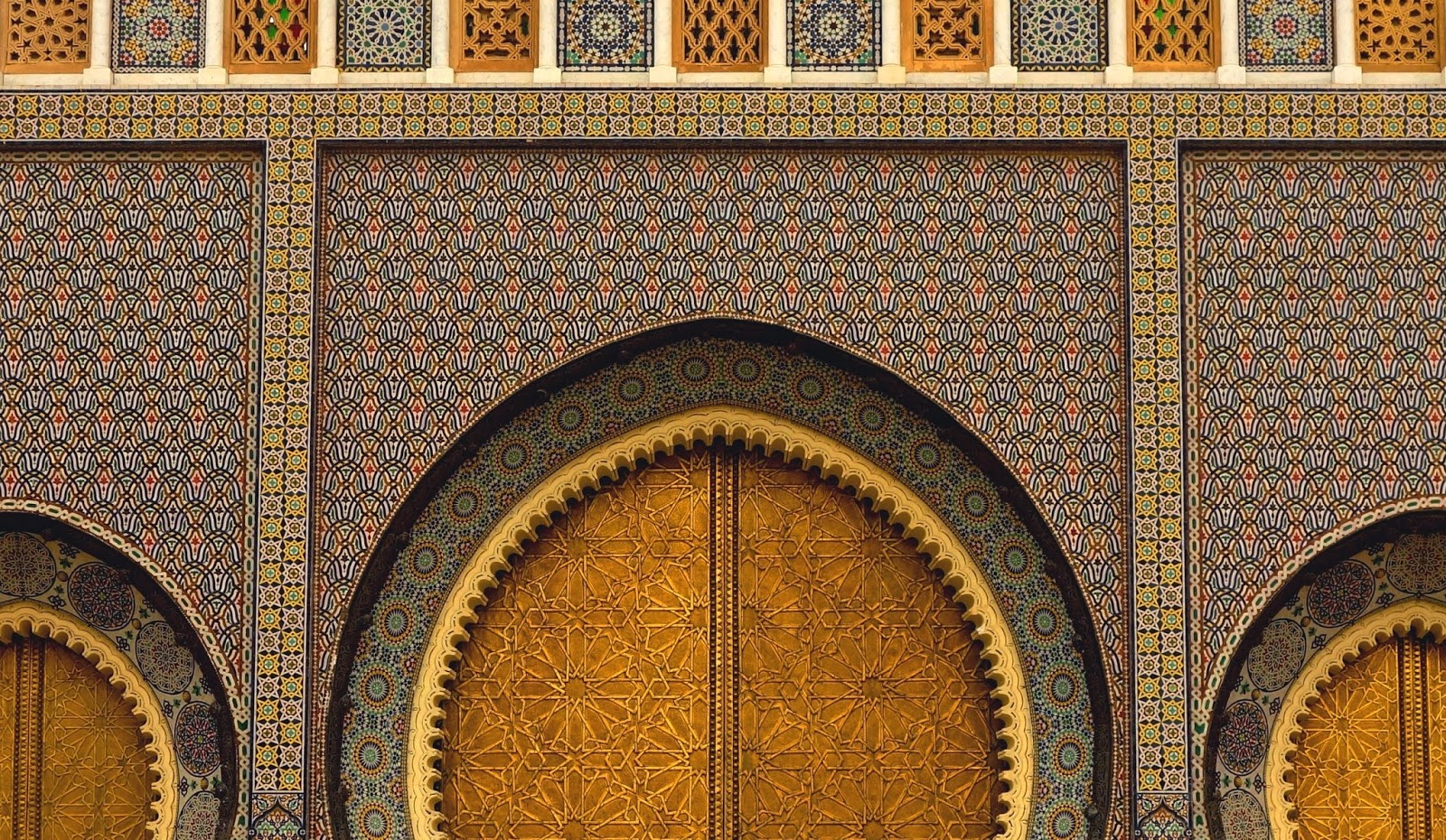 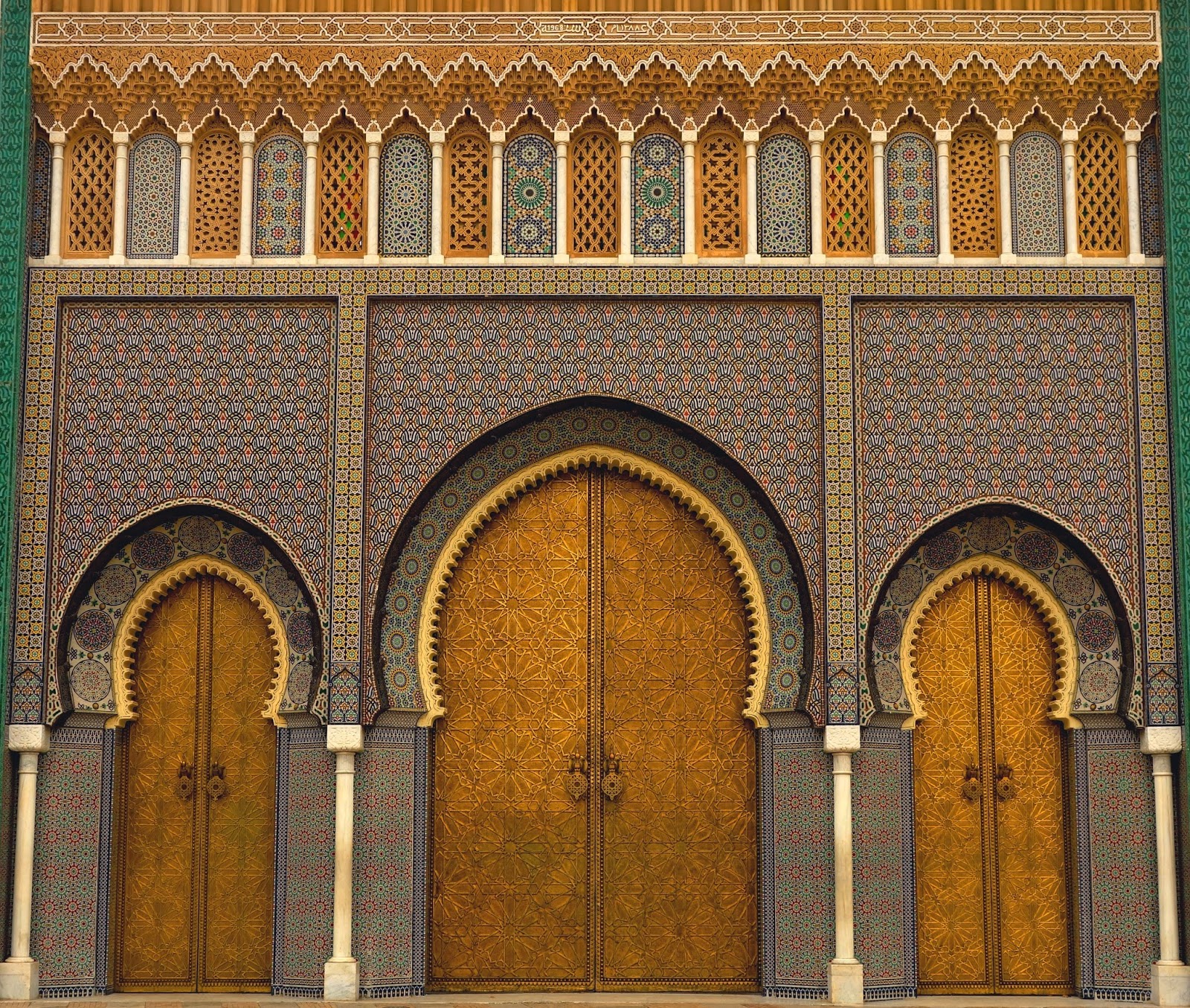 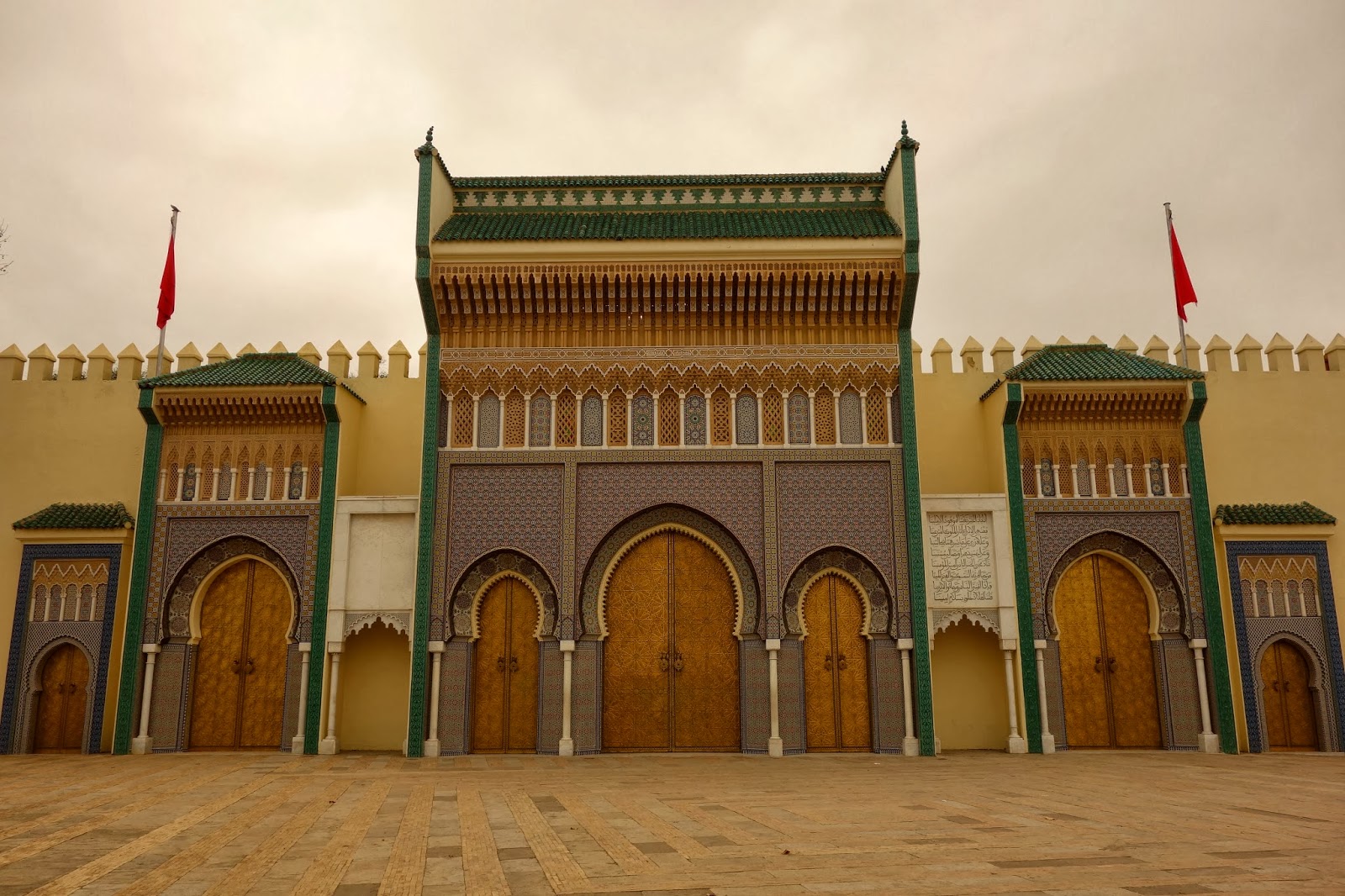 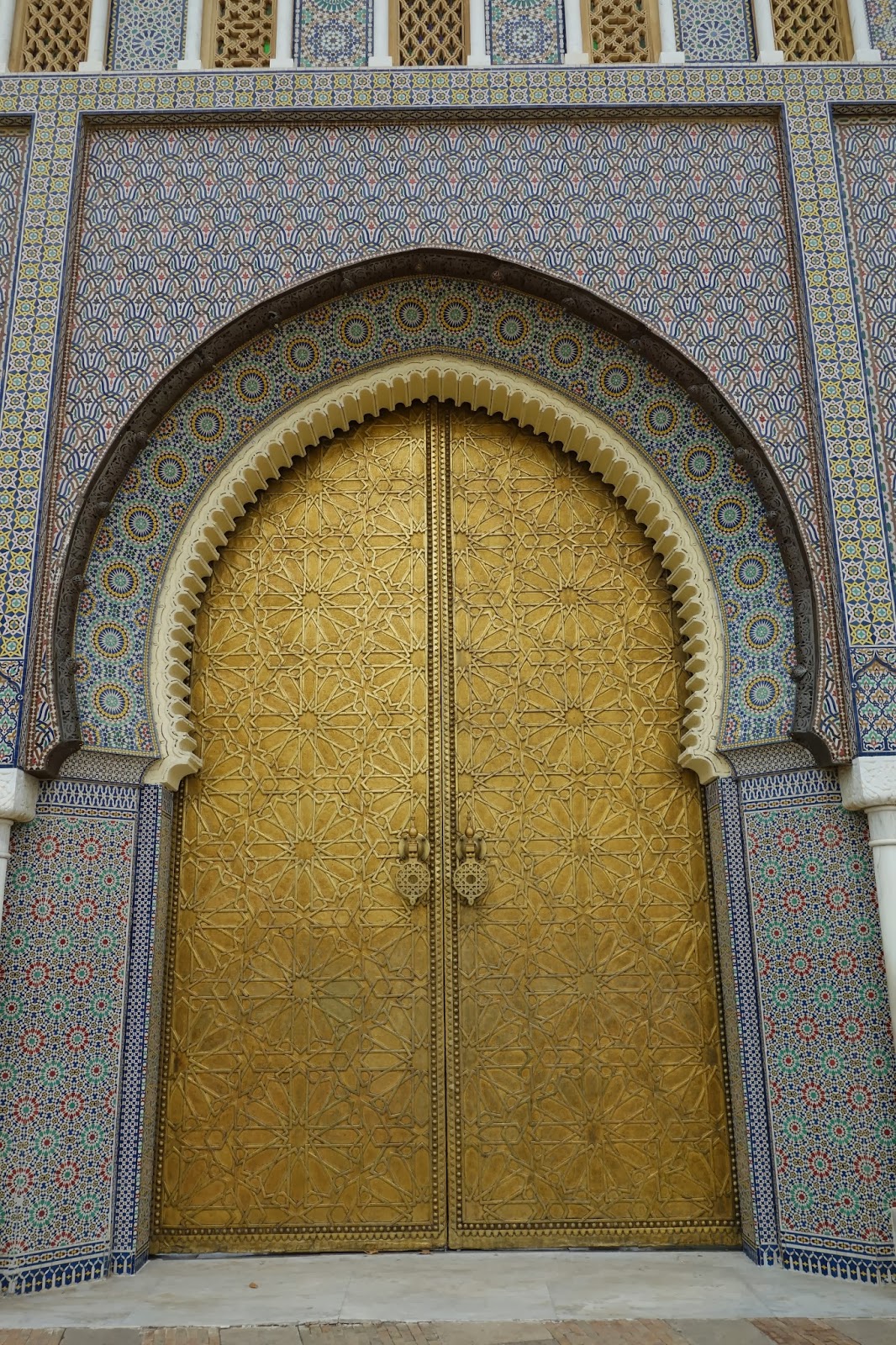 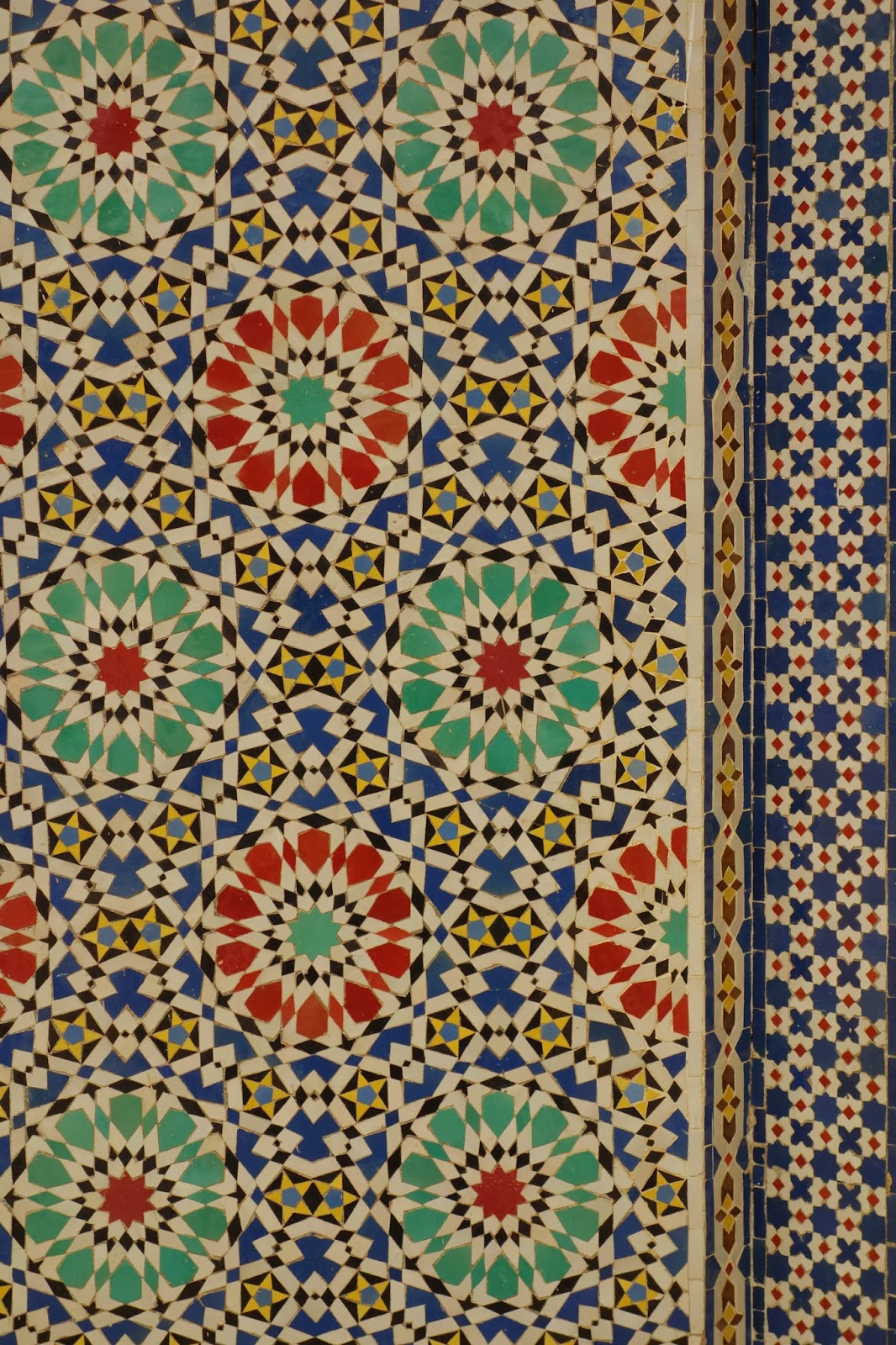 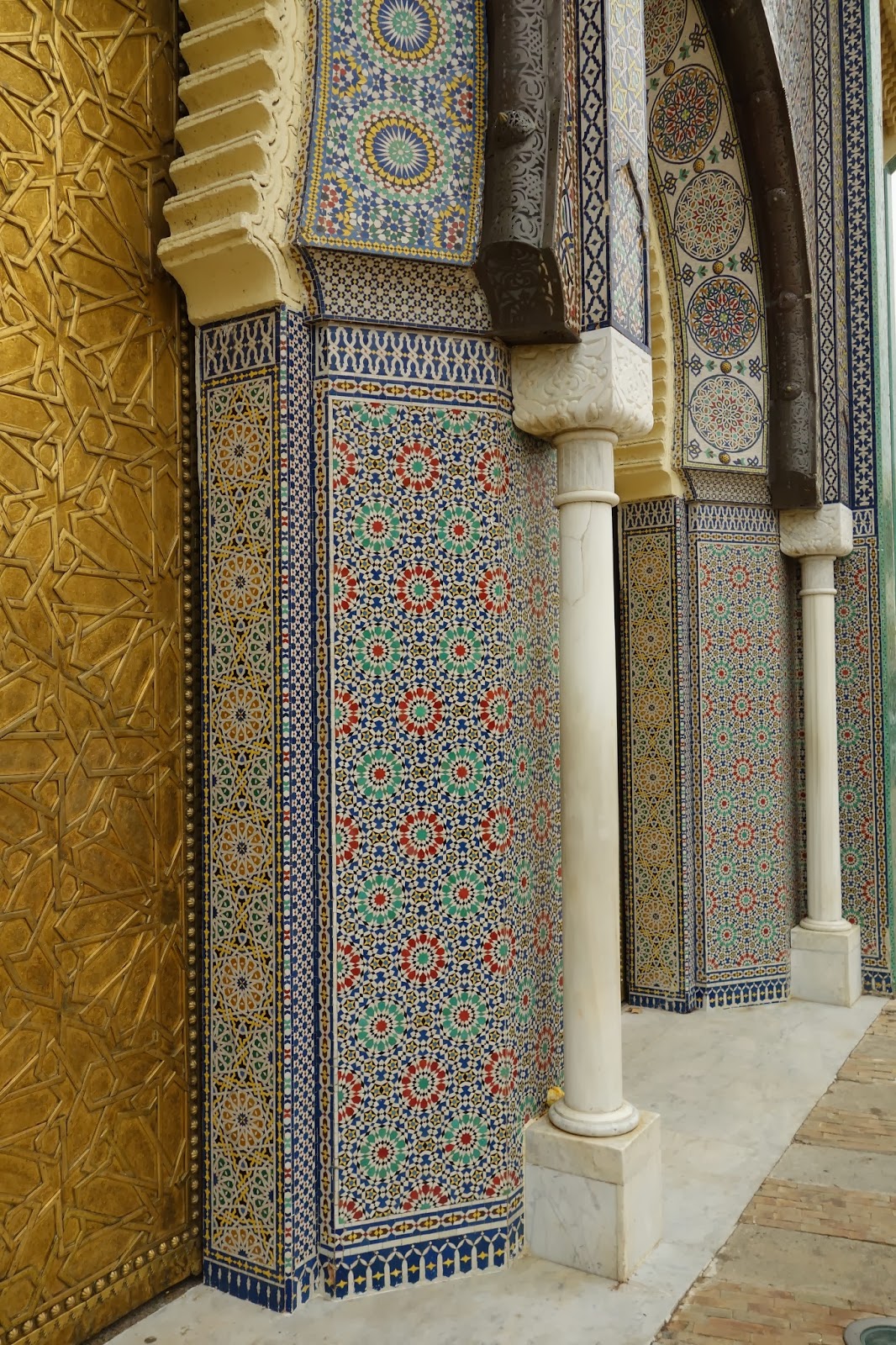 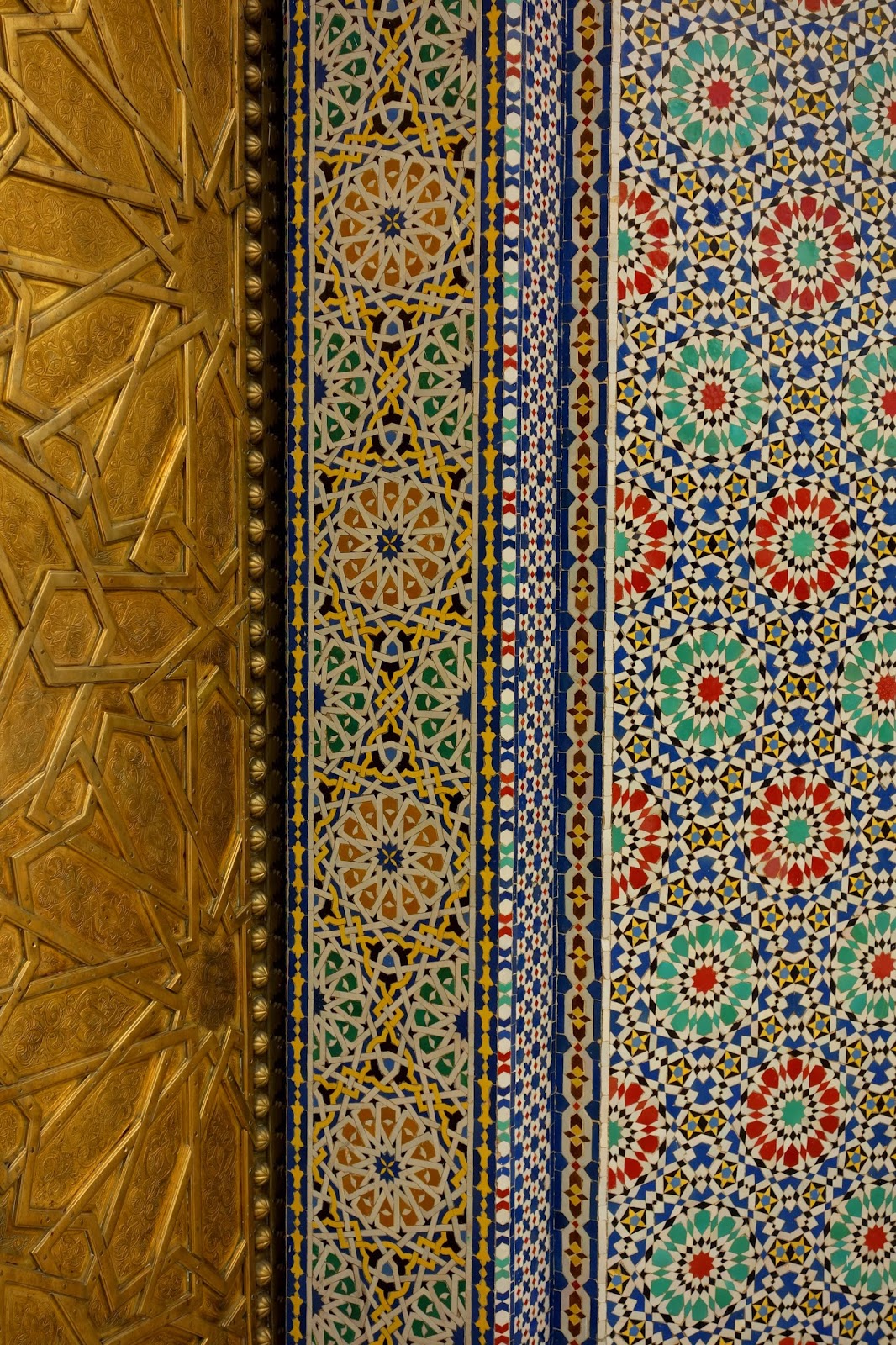 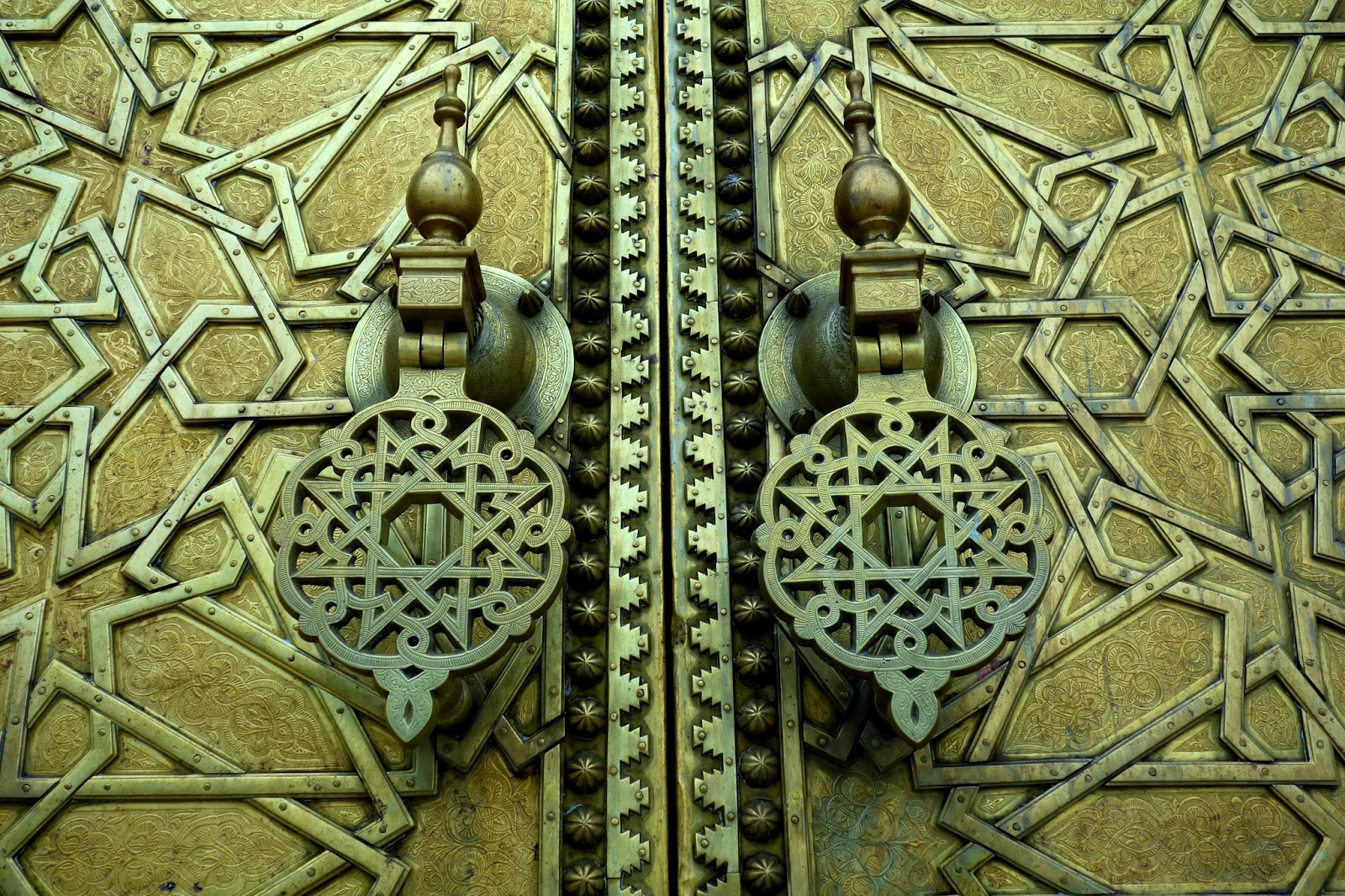 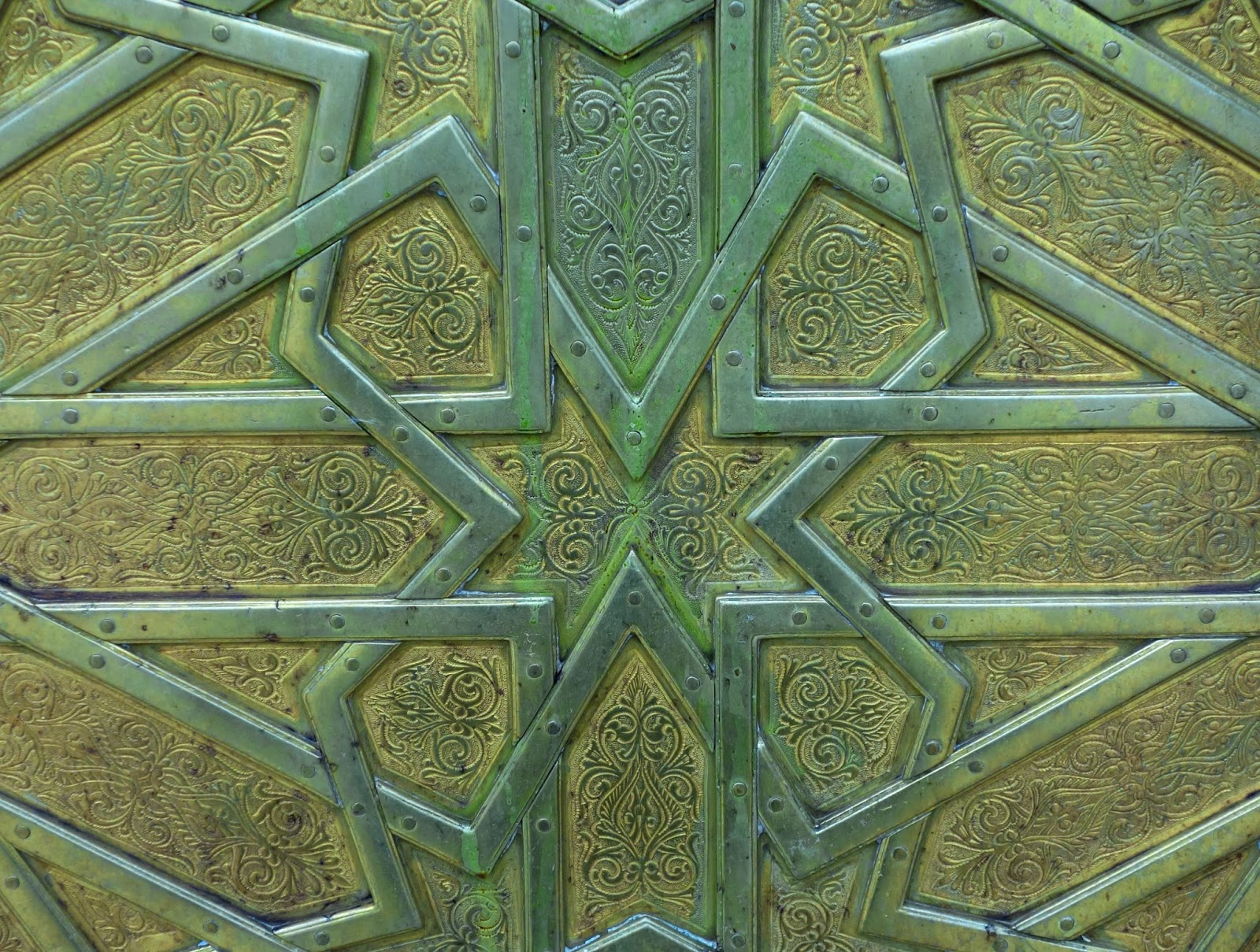 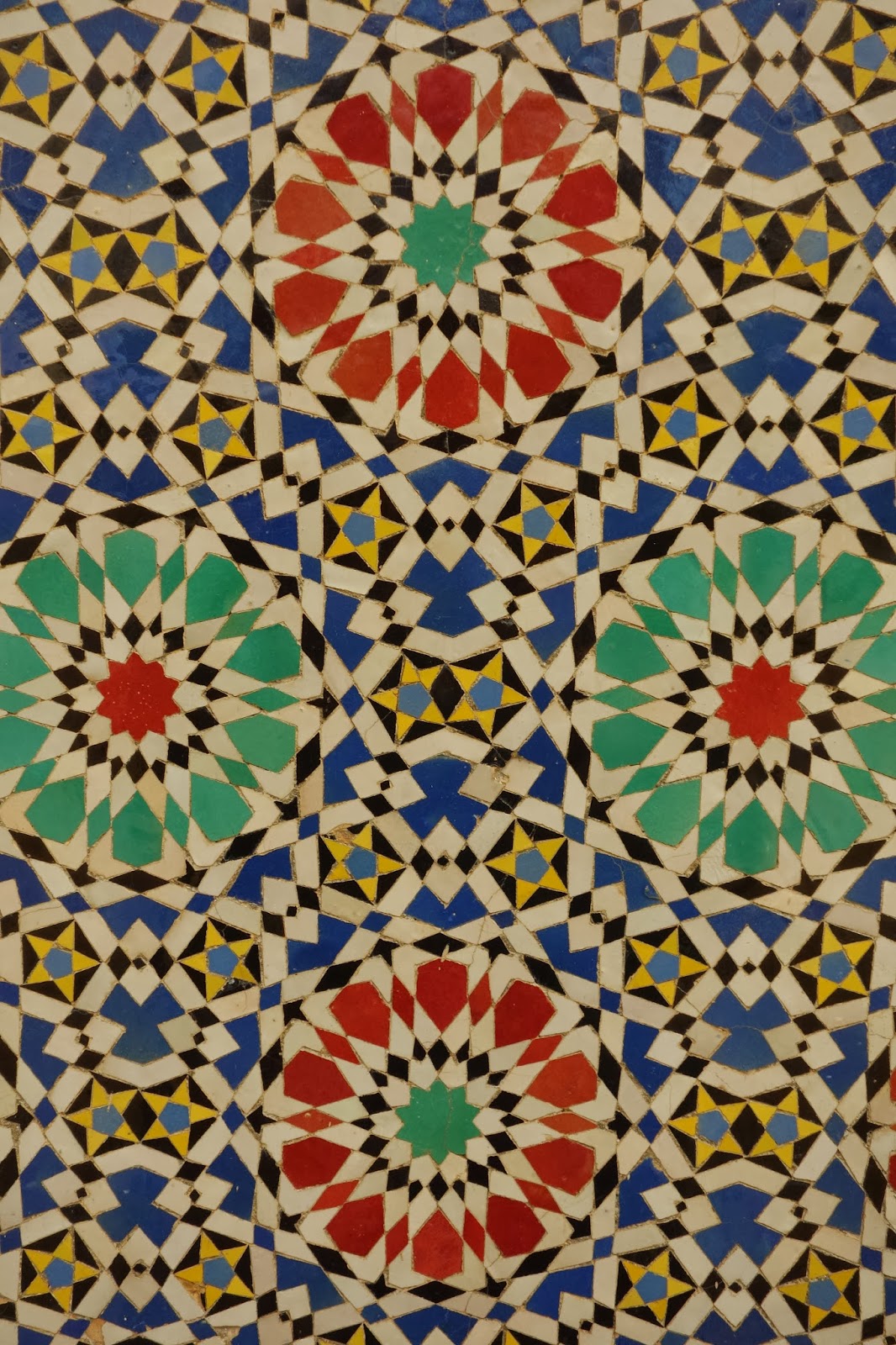 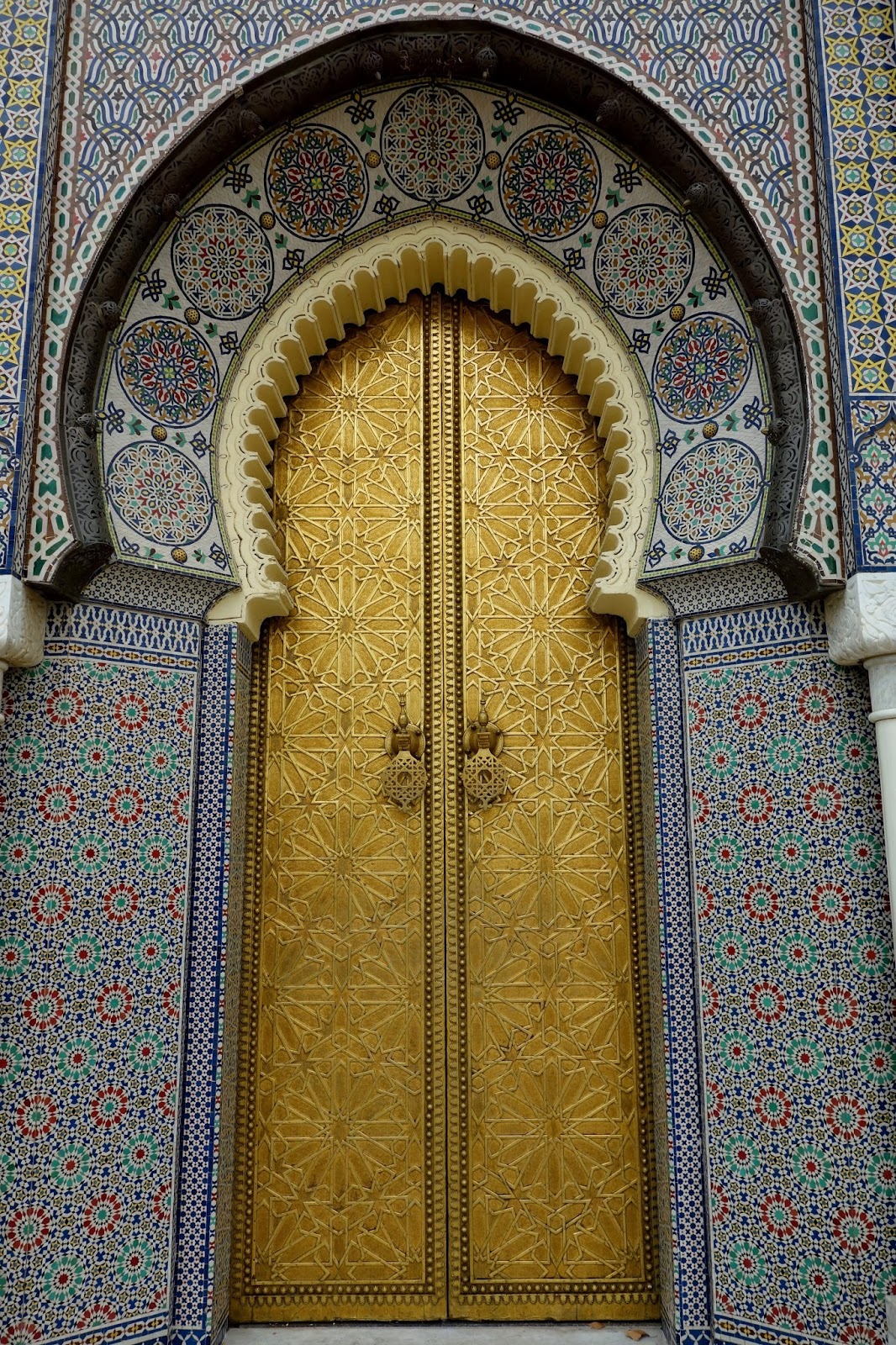 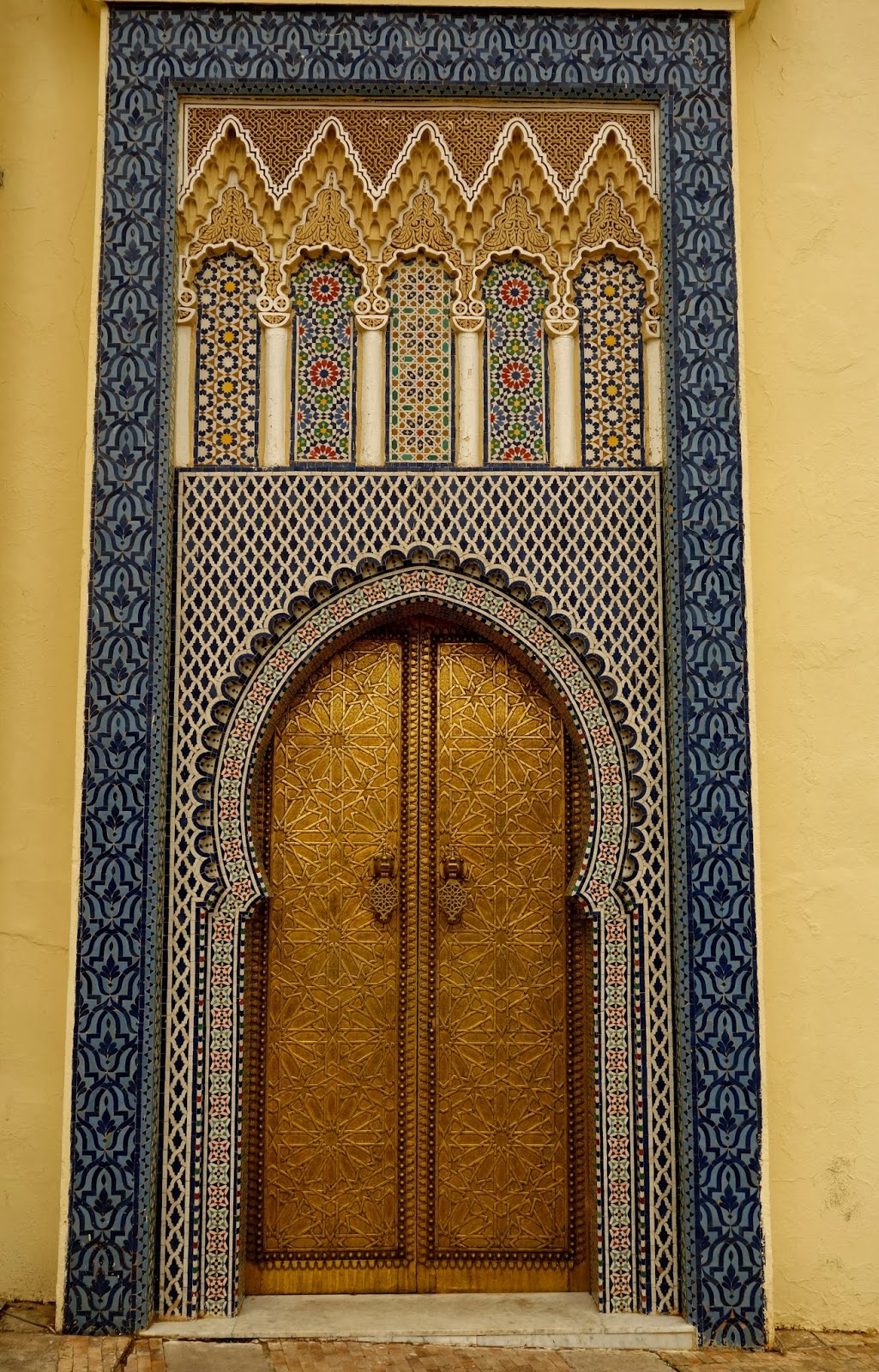 this new palace is just around the corner from the old Jewish cemetery - so that is where we are headed next - along with a stroll through the mellah!
Posted by TOR at 4:46 PM