our dinner at Bridges

So on the evening of our visit to The Hague and having a quick drink with my school mate from twenty-five years ago we headed to Bridges for dinner.  This place was well reviewed and looked promising. The welcome was friendly but we were seated in Siberia near the kitchen door... so a neutral start... 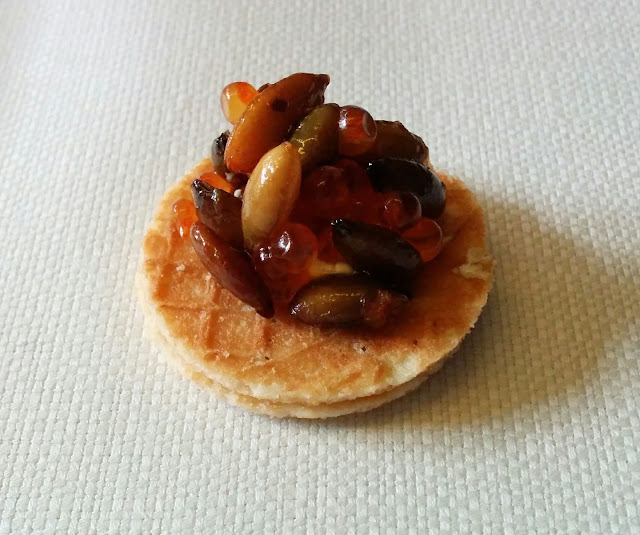 the menu does have an excellent quote to start you thinking about their emphasis of seafood and fish dishes-  and we certainly wouldn't argue with Mr. Swift's assertion.

"Fish should swim three times: first in the sea, then in butter and finally in good bordeaux." -  Jonathan Swift

Bridges is located between the two oldest canals in the heart of the city. The building originally was founded as a 15th-century convent. Many years later it became the Dutch Admiralty and it even served as the City Hall of Amsterdam. Bridges’ location served as the canteen of the former Town Hall until 1987.  The legendary location is now a place where gourmands can savor the culinary skills of Chef de Cuisine Bobby Rust. The style can best be described as a bridge between Dutch and French culinary traditions: fresh fish from Holland, prepared with a French twist. 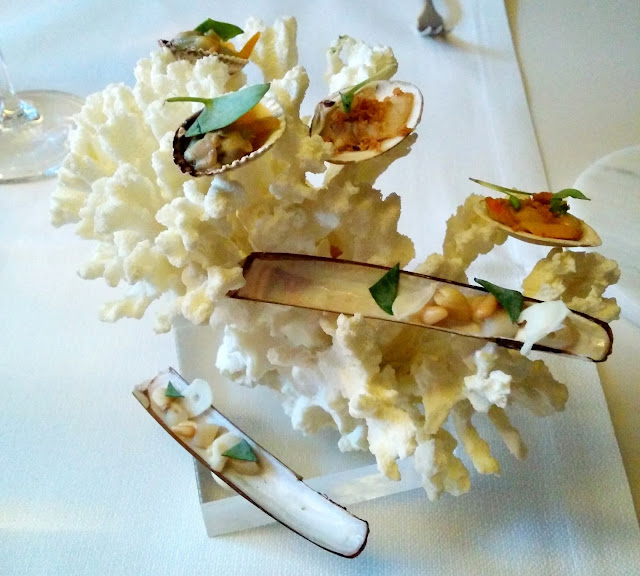 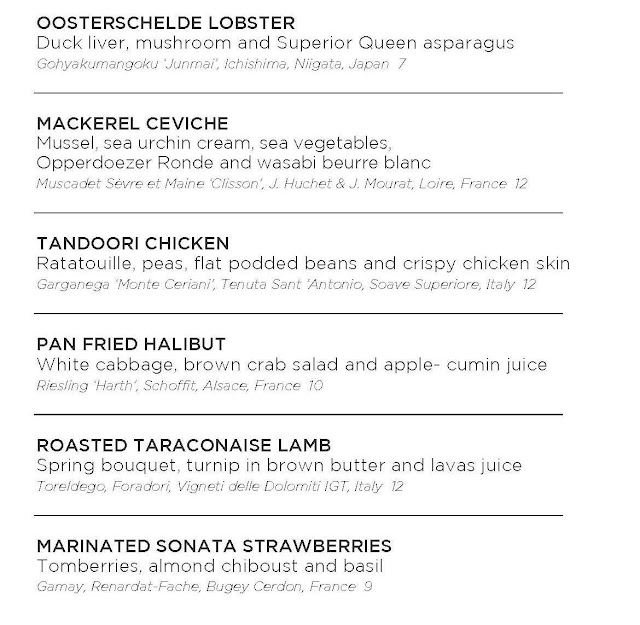 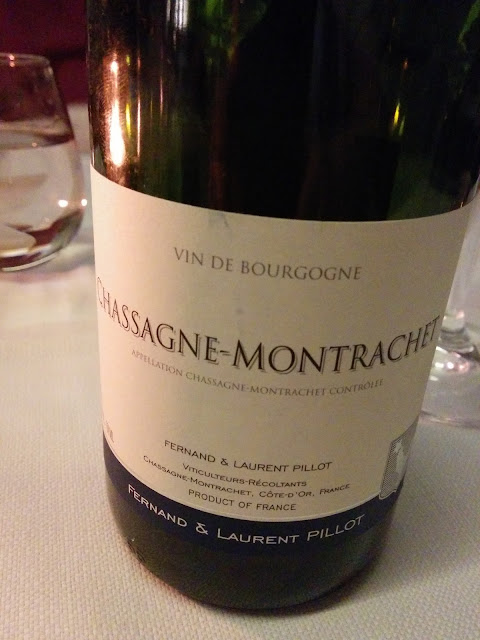 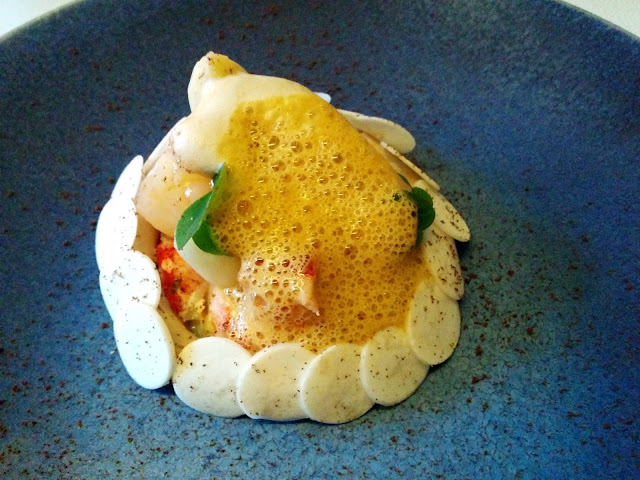 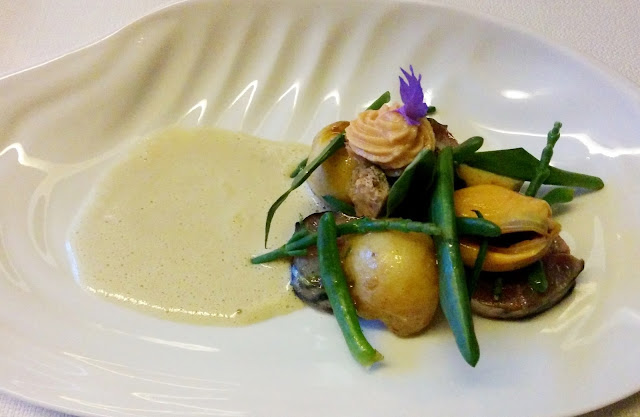 PAN FRIED HALIBUT White cabbage, brown crab salad and apple- cumin juice (loved the fish but the cabbage not so much) 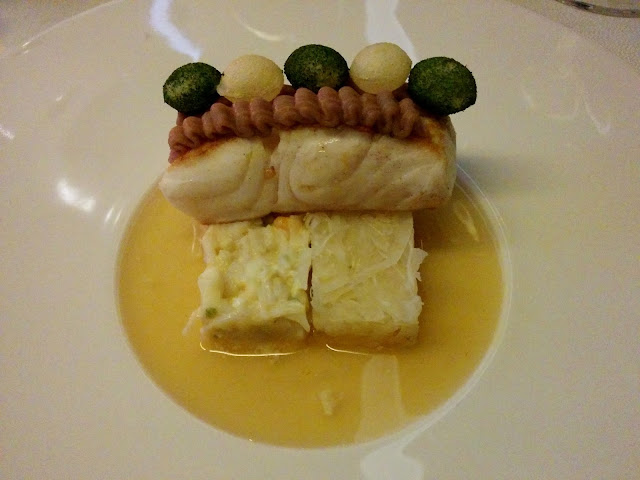 and Phil had an extra course that I skipped - ROASTED TARACONAISE LAMB Spring bouquet, turnip in brown butter and lavas juice (Phil said the lamb was very well prepared) 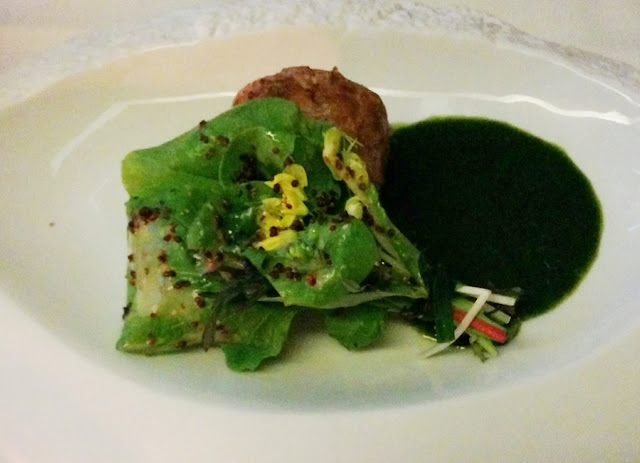 the dessert - MARINATED SONATA STRAWBERRIES Tomberries, almond chiboust and basil (it is strawberry season here - this was our second strawberry seasonal dessert and we would have at least two more before we left town- LOL) 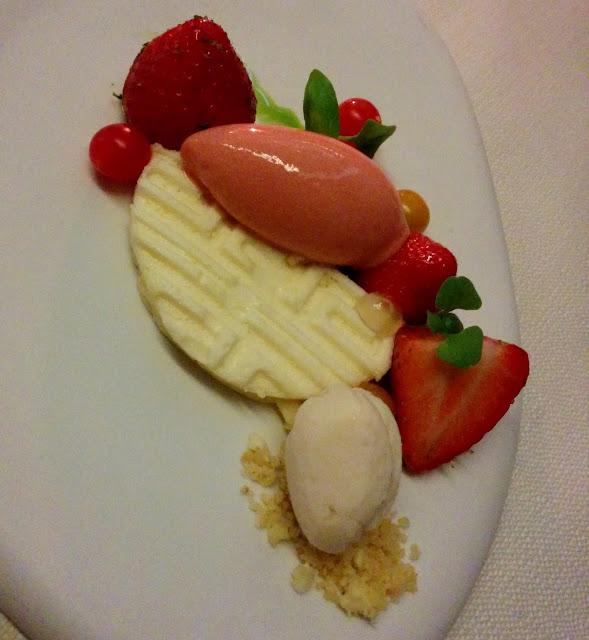 they had a kick-butt crusty bread and maybe the most beautiful butter presentation I have seen, with pearls of goat's milk butter dotting the shell around the cow's milk butter - 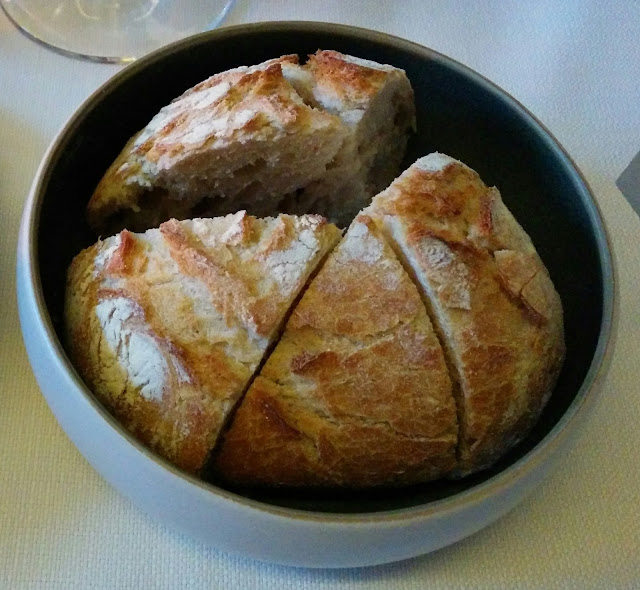 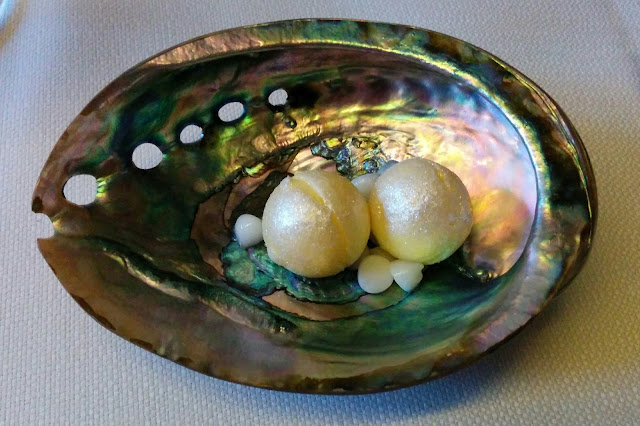 here are a couple of photos of the interior that I pulled from their FB page and while I was there I ran into two interesting items -  first a photo of a decanter the sommelier showed off to us while there- designed for larger format bottles - and quite impressive and second - I knew the guy in the photo - LOL - it was Jasper from Bord'Eau (who apparently as late as October of last year was the head sommelier at Bridges!) 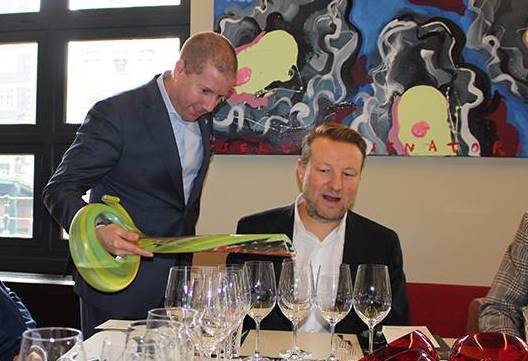 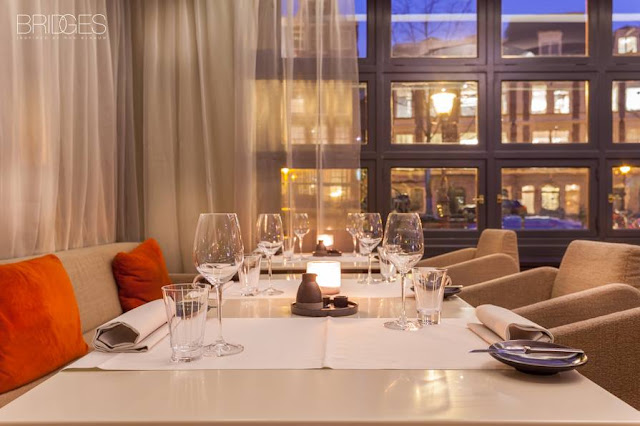 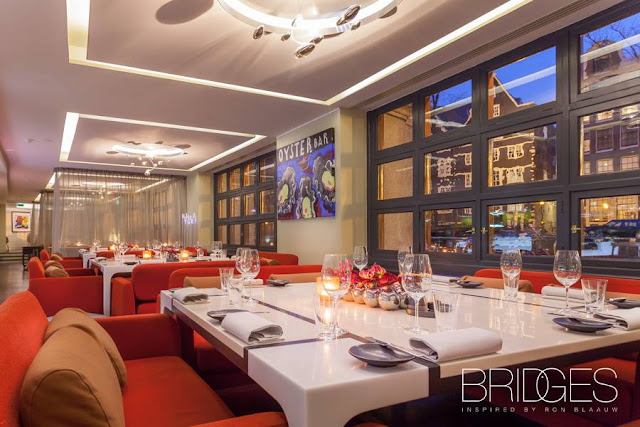 so just like any other city the food and wine community at that level is small and to some degree incestuous... LOL - I wish I had seen this group of photos before we returned to Bord'Eau for dinner nearer to the end of our trip.

So the next day's schedule beckoned as we began our exploration of the Jewish Quarter and the checkered history of Amsterdam and the Jews - let's just say - they didn't handle it the way Denmark did. But more on that later as there is plenty to say about it... so as always come on back!
Posted by TOR at 3:03 PM