arriving in the bay of Kotorska just after breakfast we enjoyed beautiful views of the scenery.  we were in Kotor in time for a late morning town tour and free time all afternoon. 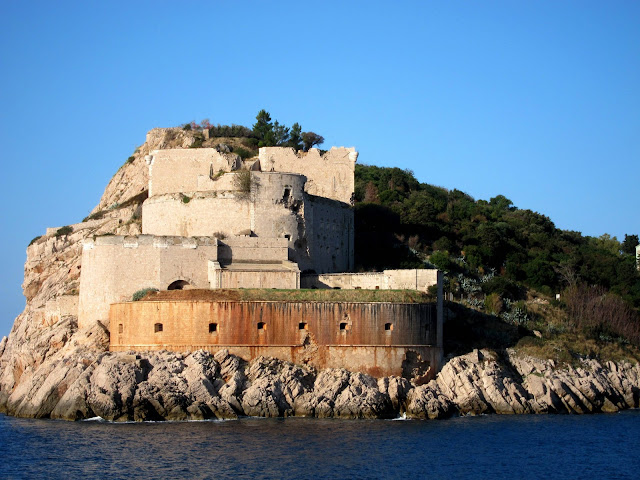 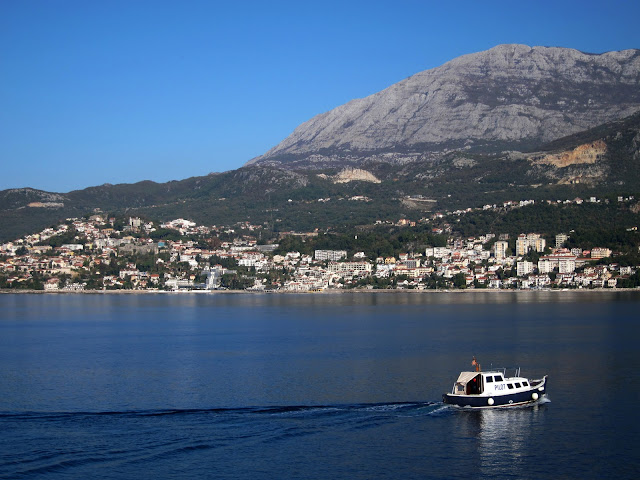 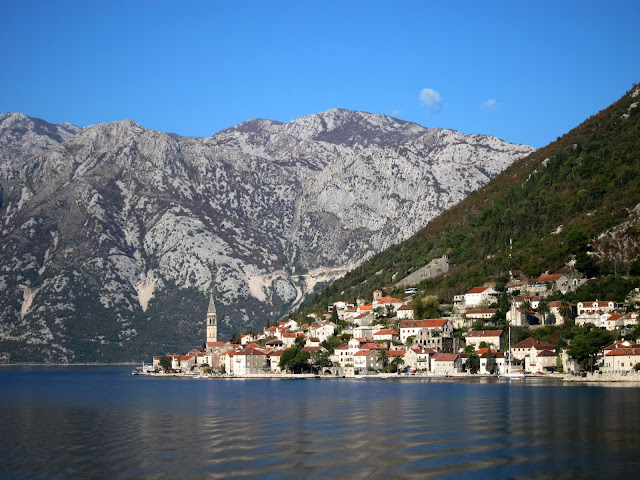 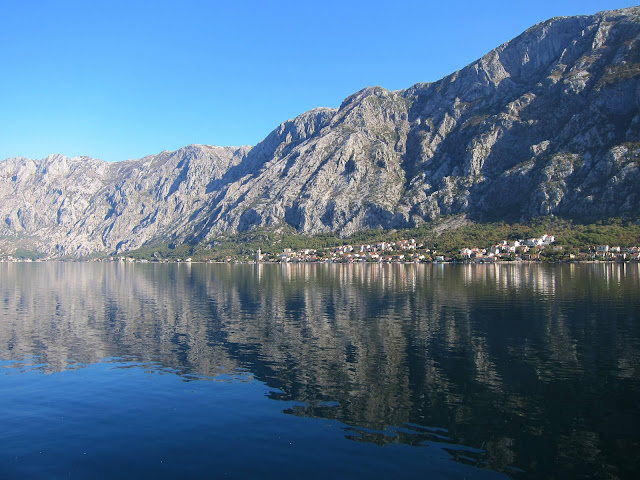 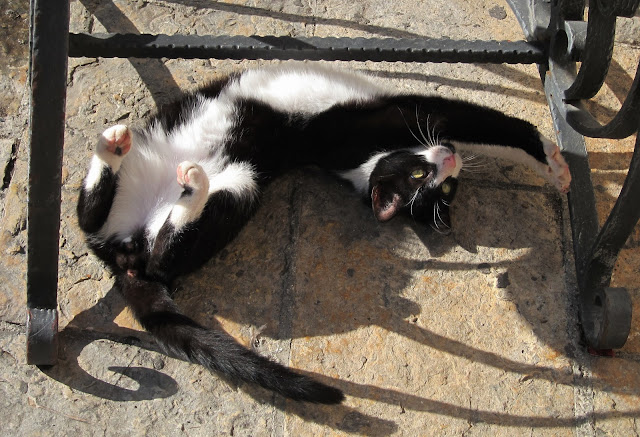 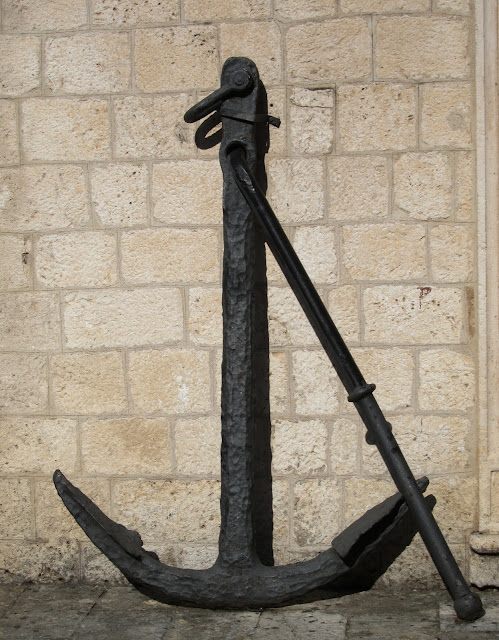 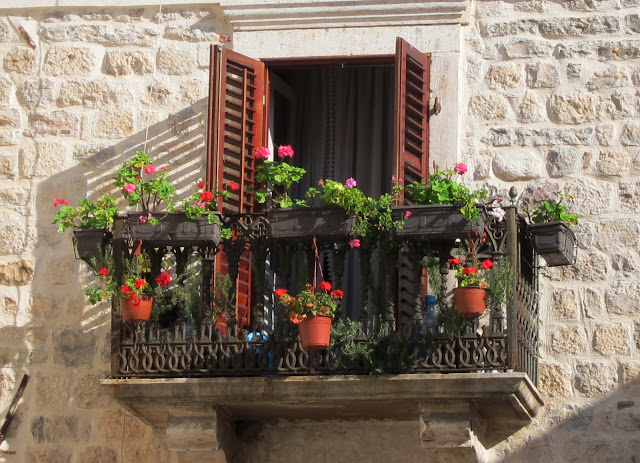 after dinner we saw the magnificent lights of the old town walls which climb the mountain side behind the town. 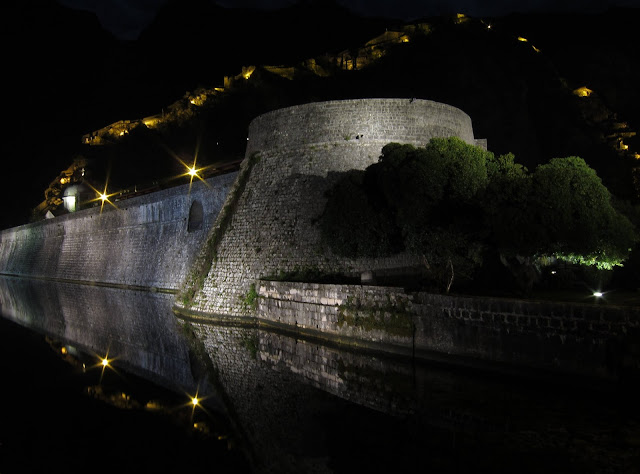 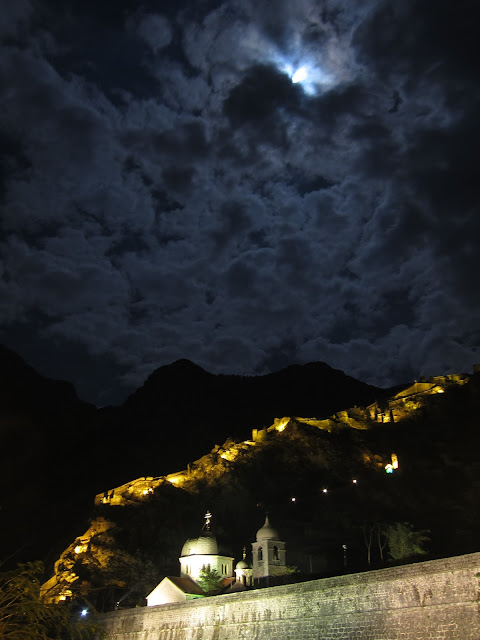 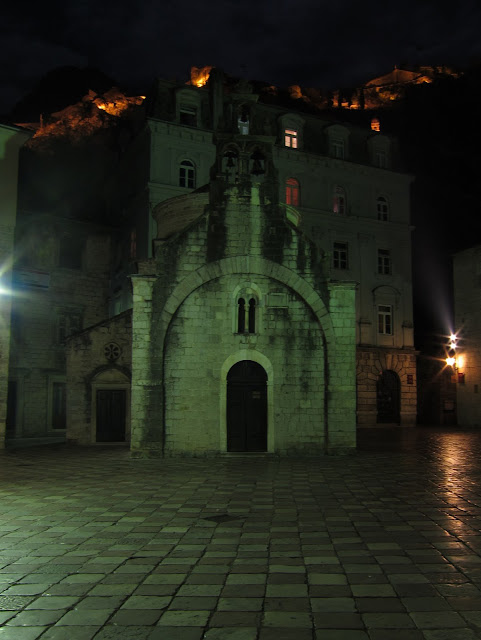 the next day we took a trip to Cetinje  which was up into the mountains and over 25+ switch backs on a narrow road that climbed into the mountain valleys where the route of the proscut (pronounced prah-SHOOT) takes those who have interest in the local pork and cheese products. 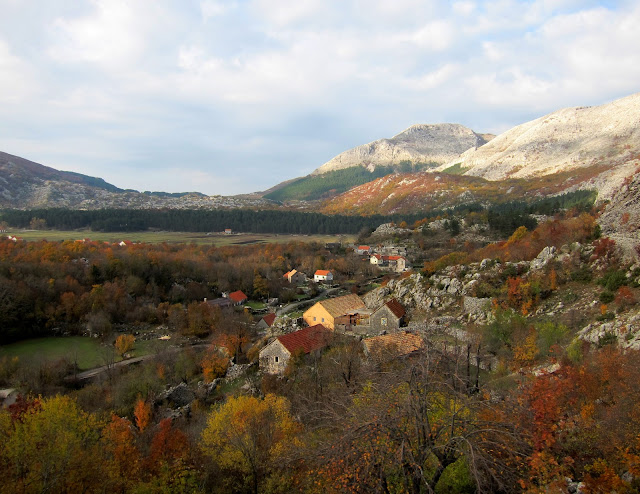 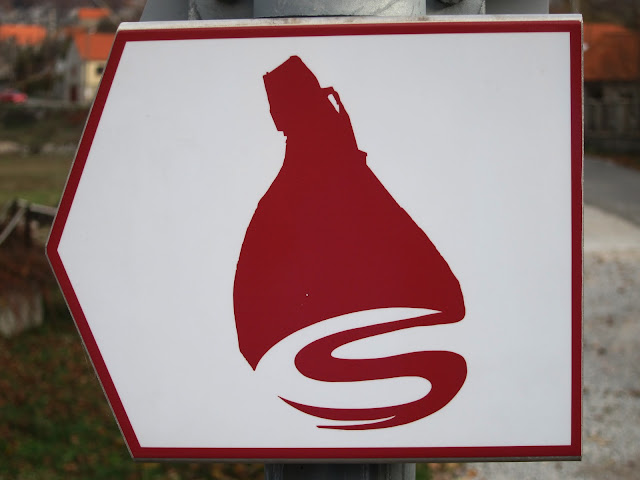 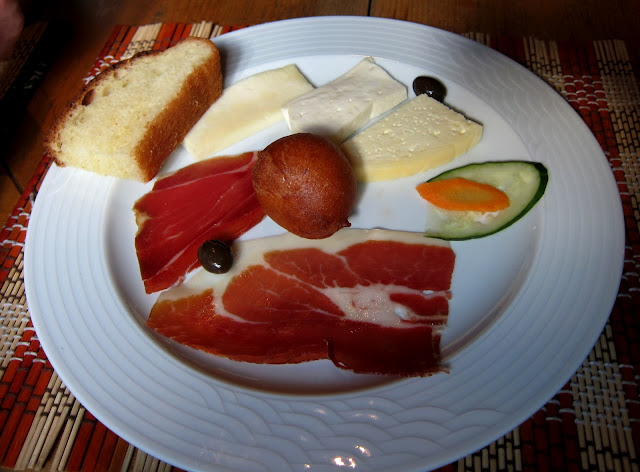 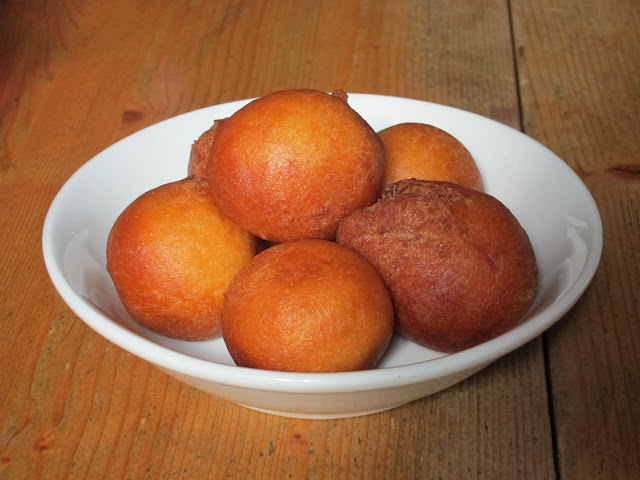 the town is the old capital of Montenegro and still welcomes visitors to the "palace" of the king once known as the "father in law of Europe" for marrying his daughters and sons to well placed royal families throughout Europe (they were in demand because they were all very tall!)

after our return around 1:30 we again set sail - this time for Dubrovnik!  but first another stunning stop on our way out of Kotorska Bay- the church of Our Lady of the Rocks.  a little gem to discover before arriving at the Jewel of Dalmatia- Dubrovnik! 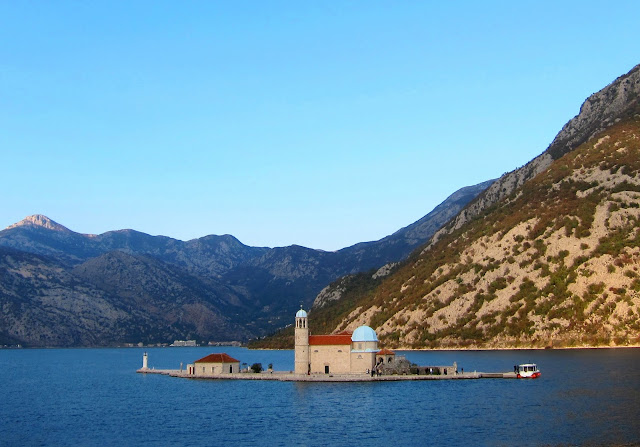 the tiny island where the church is located was formed by scuttled ships and dropped rock offerings to the Madonna whose portrait kept floating in the area.  we were taken to the island by local boatmen. 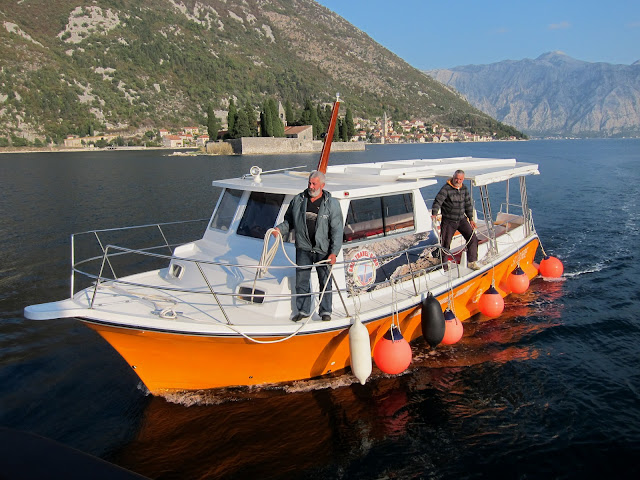 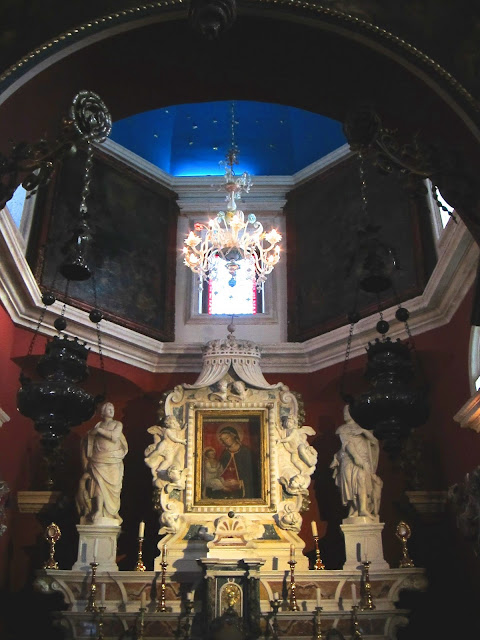 the Church is quite lovely with many "votive" offerings for healing of body parts or protection of ships carrying sailors and fishermen. 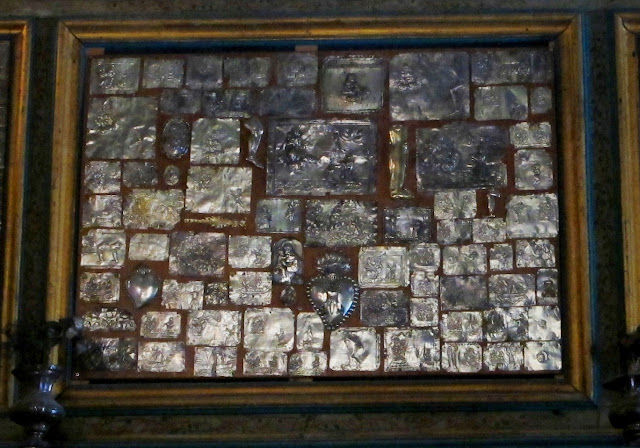 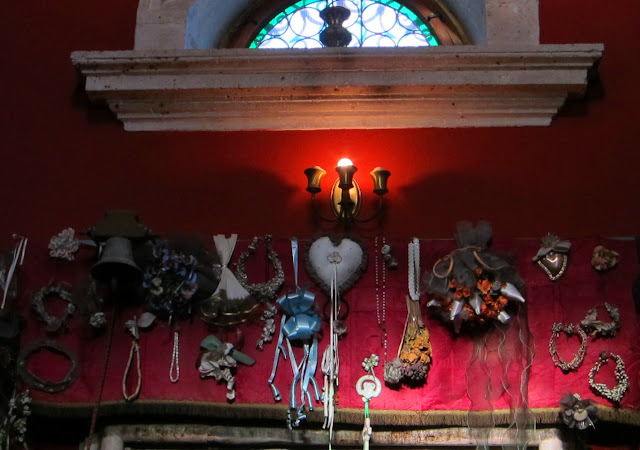 a candle lit for my mother and sister seemed appropriate. 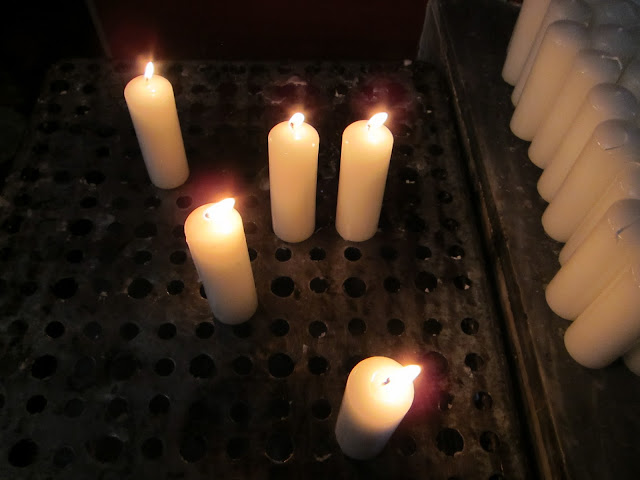 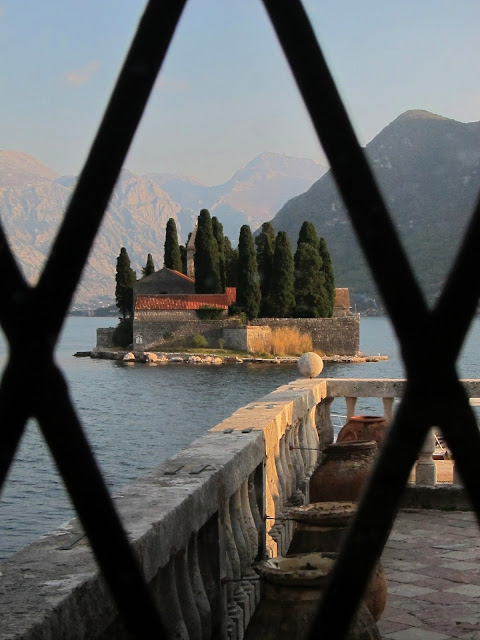 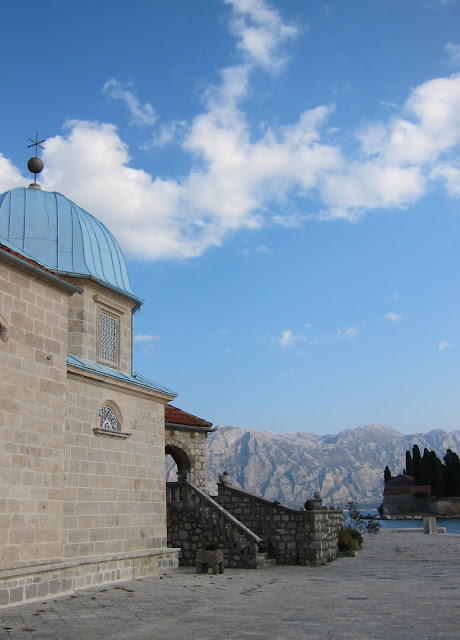 later that evening we arrived in Dubrovnik where we will spend the next two nights. but one more photo- when we took the many many switchbacks up to the top of the mountain overlooking Kotor Bay we spied our little ship down in the port.  I have circled it and directed you to it with an arrow so you can see how small it is beside the cruise ship docked across the port from us.  that ship came into the bay just as we were ascending the mountain and when we returned to port to embark for the next leg of our journey it was as if they built a sky scraper next to us in our absence of only a few hours- the other ship loomed so massively over us. 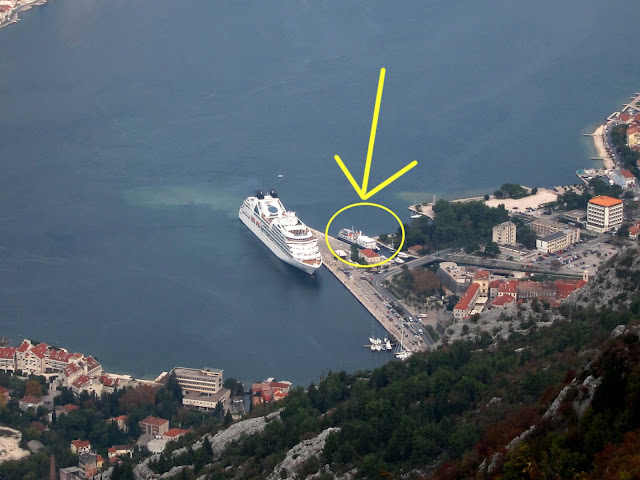 keeps things in perspective doesn't it?
Posted by TOR at 10:31 PM

Email ThisBlogThis!Share to TwitterShare to FacebookShare to Pinterest
Labels: cetinje, kotor, montenegro, our lady of the rocks