a pause in the story

of our trip to discuss three cultural events we have attended since our return.  these are partly the reason I have been so far behind on my travel blog- so let's get them out of the way in reverse order. 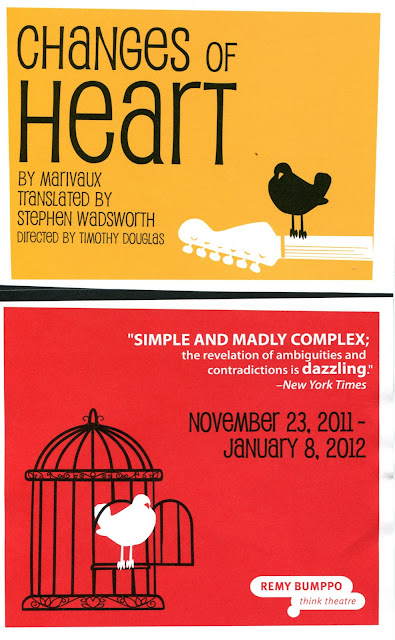 last night we went to see the Marivaux play "Changes of Heart" at Remy Bumppo Theater.  this could have been a truly engaging evening of french farce translated and played for the romp and fun of typical Moliere but instead it was overly long and overly annoying.  Only one character- the long serving maid - had any real sense of having fun.  this role was played by a Remy Bumppo regular who we have seen in The Importance of Being Ernest and Night and Day.  she alone had the gist of what I suppose the play should have been.

my wish- shorten the script - get rid of one of the intermission (since there were absolutely NO set changes there was no need to make the long evening even longer by giving two intermissions) - have everyone have more fun- play things more broadly and quickly and perhaps this play will come to life as intended- a french farce in the grandest of traditions- the basic bones of story line are there (have been for nearly 300 years) so why not run with it?

bottom line- don't waste your time-go instead to see The Pitmen Painters playing at the Time Line Theater. 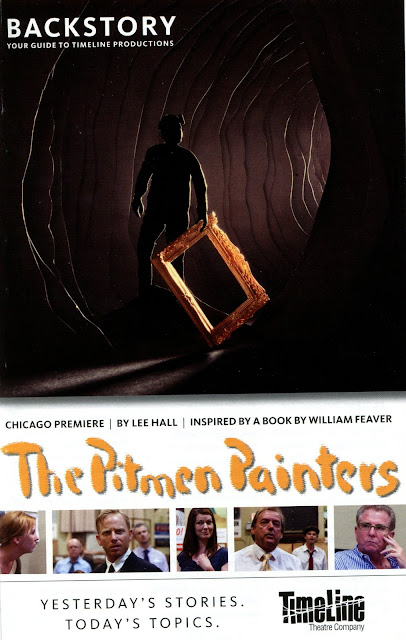 This was a fabulous evening of the best theater can bring to all of us- an engaging story, a window into our humanity, a sense of history, time and place and lots of humor/fun.  every single performer excelled in creating this wonderful ensemble of coal miners/turned artists through an art appreciation class offered through the British equivalent of the WPA.
I could go on and on but time is pressing me to complete this entry before an appointment- so here the bottom line is do whatever you need to do to see this BJ Jones directed heartwarming and enlightening work.
and then finally in the middle ground- the Paul Simon concert tour of So Beautiful So What.... while it was wonderful to see Paul Simon- looking and acting and singing much younger than his 70 years... I felt like the part in the Woody Allen movie Stardust Memories when everyone tells him that they like his earlier funnier work.  the very best moments of this concert were Paul Simon unadorned by the admittedly amazing and quite numerous musicians he is traveling with on this tour.
the band members are extremely talented but since I came to see Paul Simon I felt that they were a distraction from him and from his music.  and while there is no doubt that Sounds of Silence is still an anthem whose time has not yet passed by- and that it was the singular most touching moment of the evening- for my part I would have liked to have a number of Paul Simon greats done in a similar manner.
bottom line here- if you are seeking Paul Simon as Paul Simon I would stay away from this over produced (but fabulous musicians) evening of a selection of his songs.  and I wish I could give the band a more rousing endorsement because they were excellent in their own rights- but they were not what I came to hear...
﻿
Posted by TOR at 3:43 PM