off we went in the afternoon (yea! no rubber boots) in our canoe and headed down stream to find out if we could see any wildlife on the black water river we would be exploring.  Our trip lasted several hours and we saw a sloth way up in a tree- allegedly saw a caiman (never did see him nor did any show up in the photos I zoomed in on afterward of where he was supposed to be) and at least twice we saw one or more river dolphins humps (not the actual whole mammal but the hump)

do I sound underwhelmed?  I was!  on a dollar per animal sighting this would trip would not be even moderately priced.  The bang for the buck was astoundingly bad-
we spent tens of thousands of dollars to go on safari in Botswana and Zambia and Zimbabwe and saw thousands and thousands of animals- here we spent tens of thousands of dollars and saw three animals (two river dolphin humps and a sloth - or we were told it was a sloth)  and maybe a dozen birds until the money moment at the parakeet clay lick (on the last full day) but more about that later. 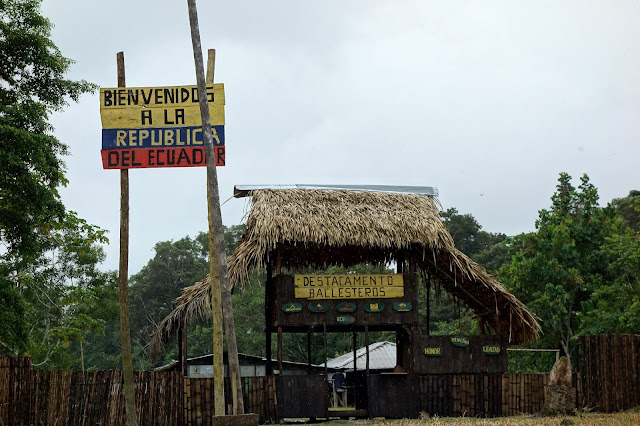 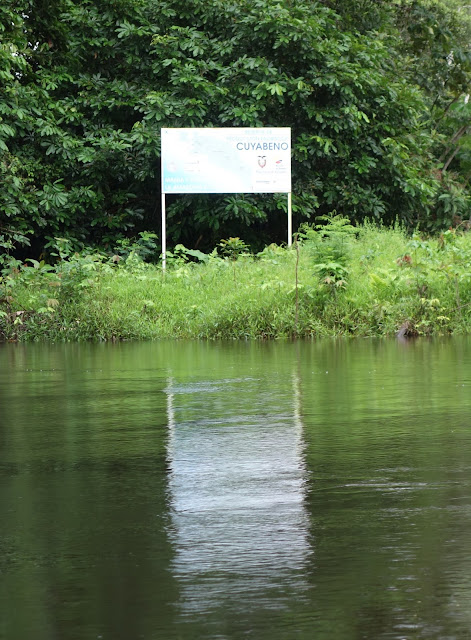 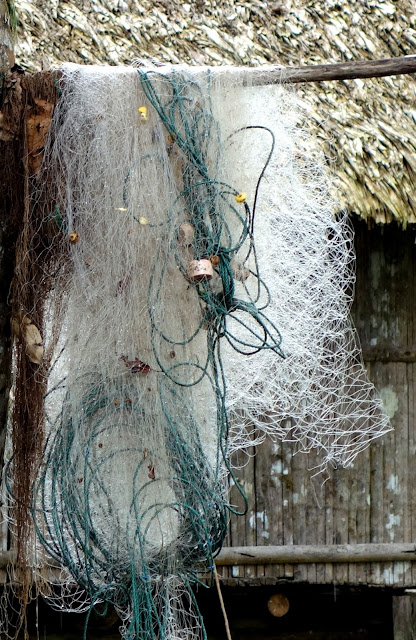 this was where we saw the river dolphin humps but they were both too far to photograph in this light and too quick to submerge again to catch them digitally anyway--- :-( 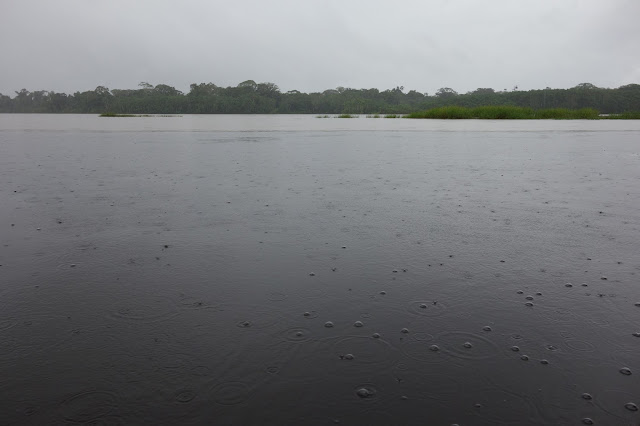 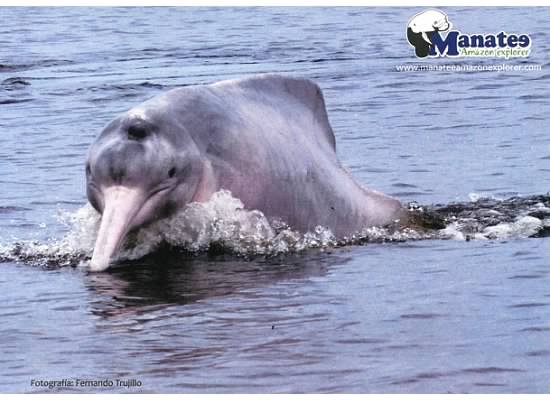 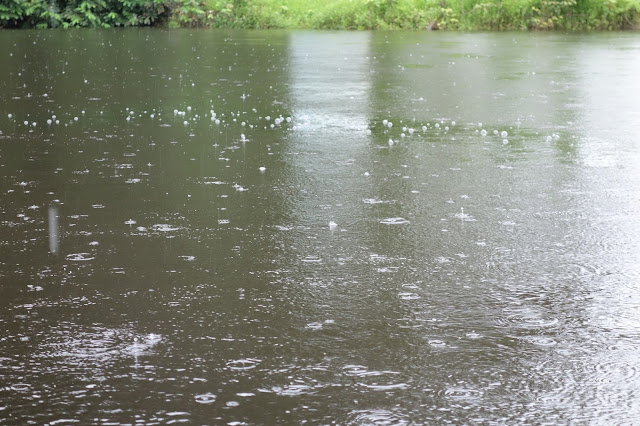 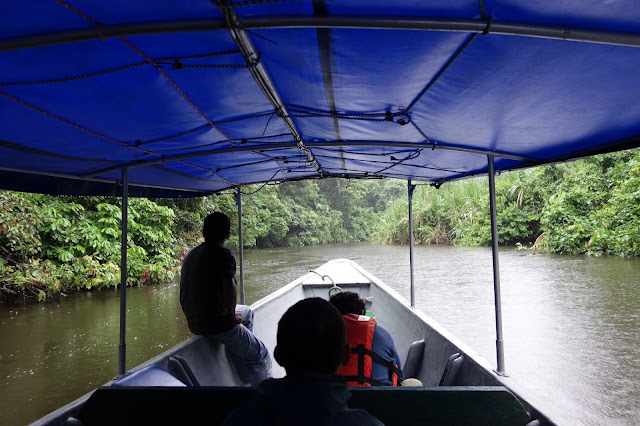 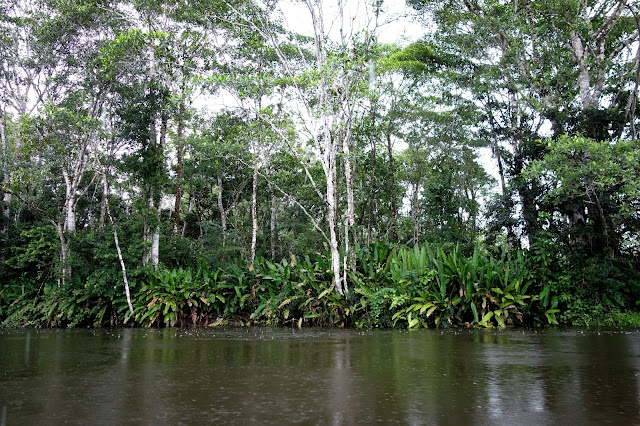 Below- the photo where the caiman was supposed to be- but I sure can't find him...LOL 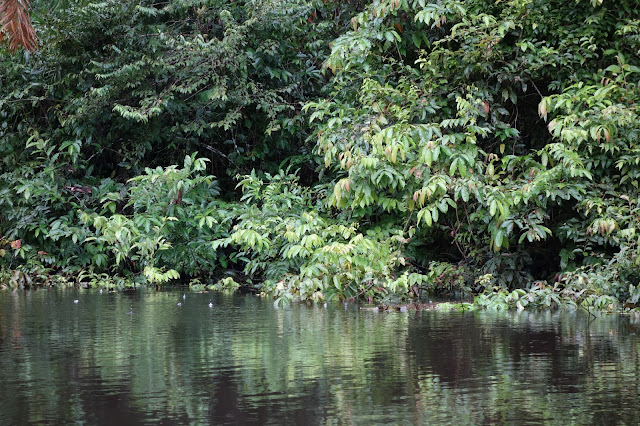 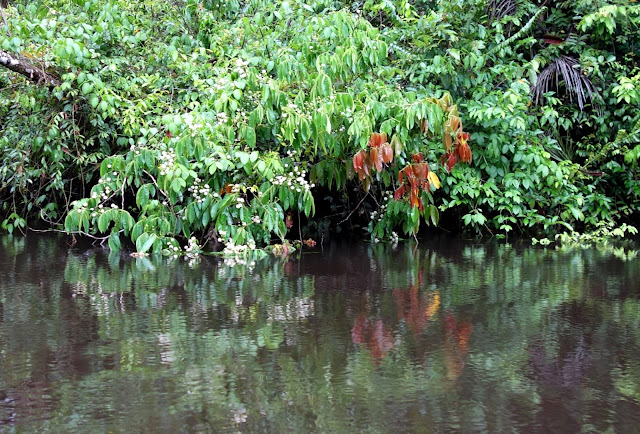 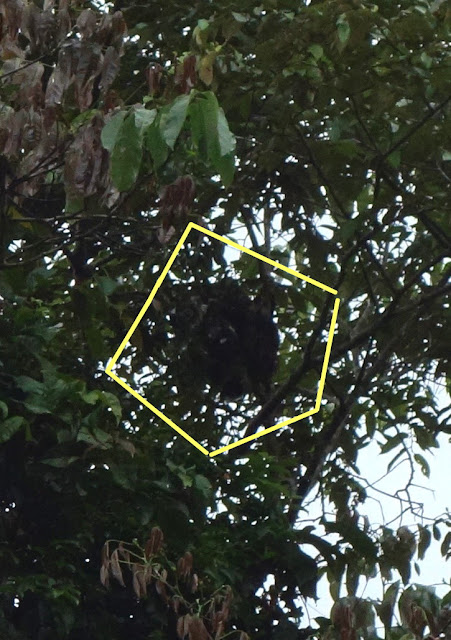 the sloth- LOL- if I showed the whole photo and not just the cropped part you would never find him--- I knew where to look! 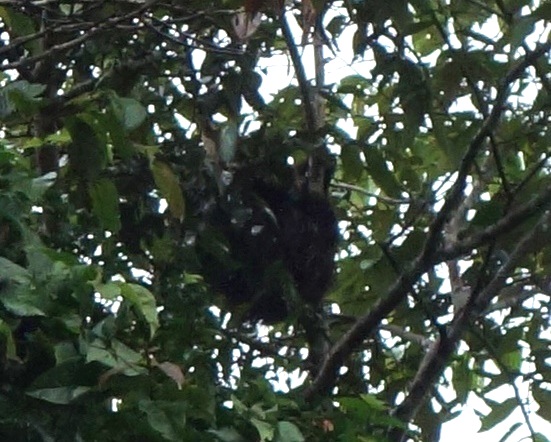 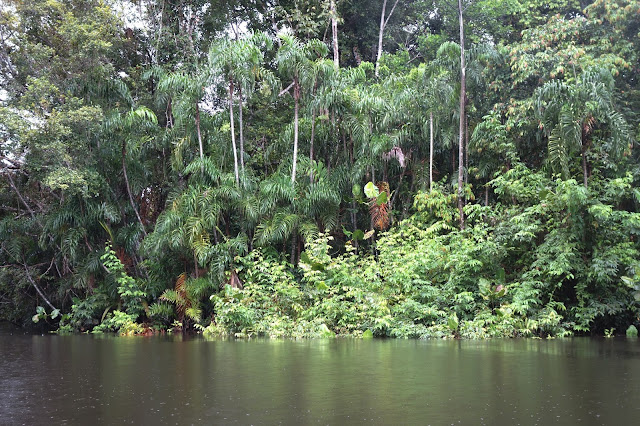 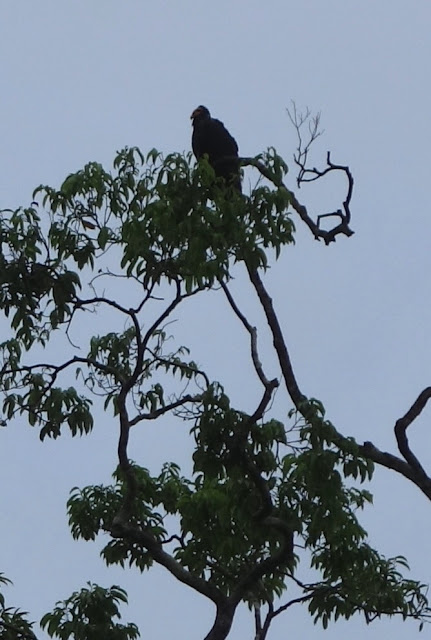 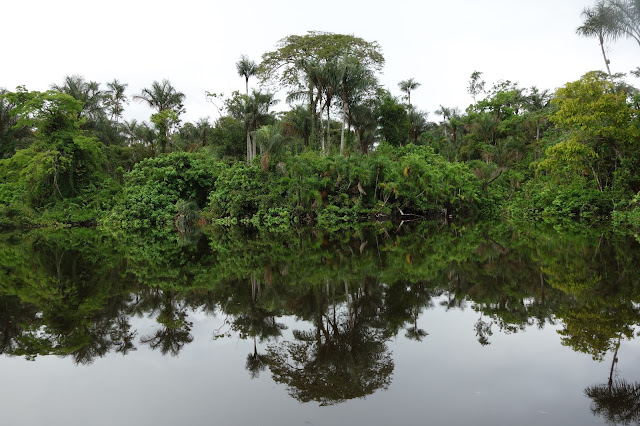 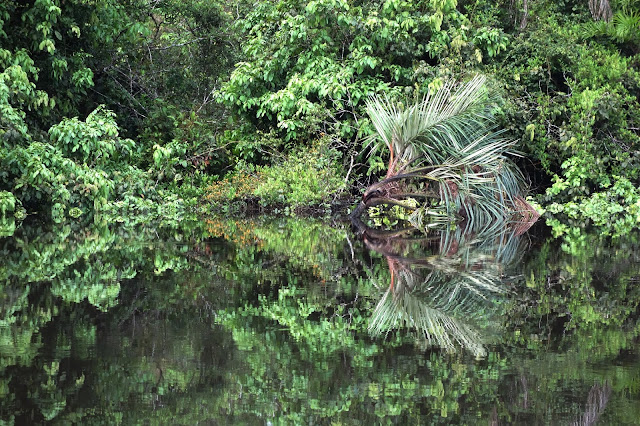 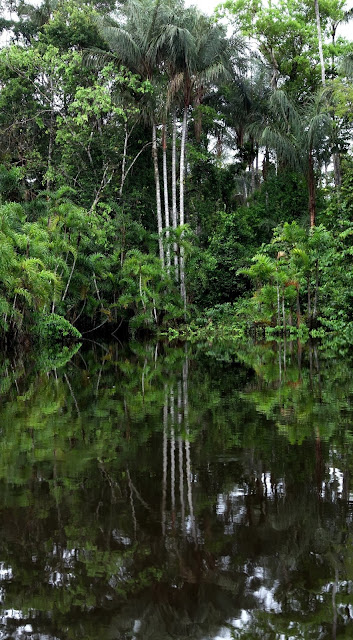 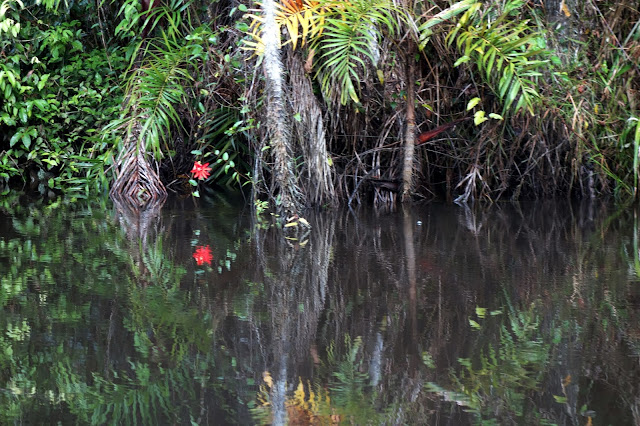 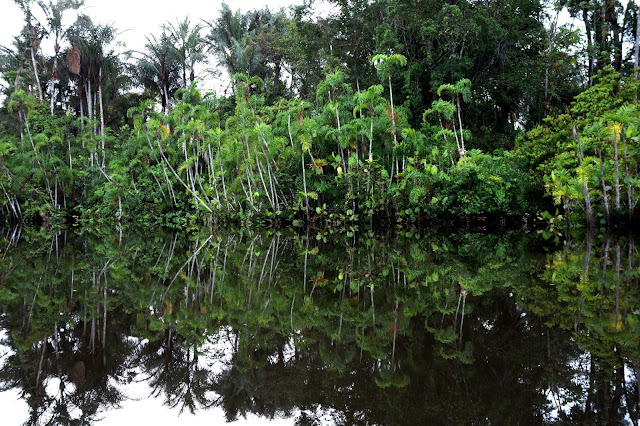 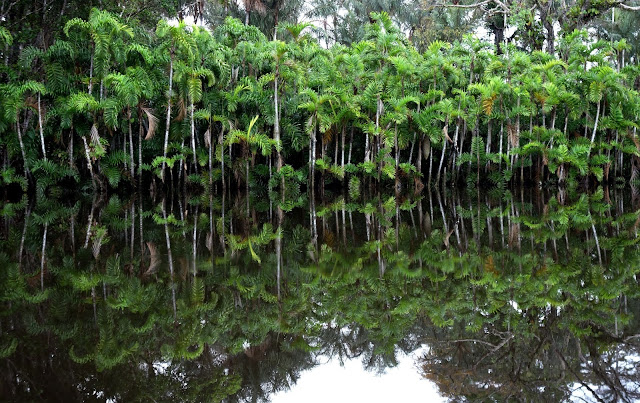 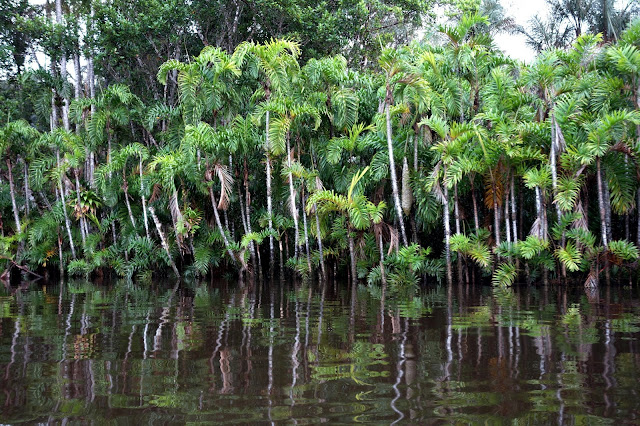 the meals always had soup - a staple of the Ecuadorian cuisine- and then a meat course and then a dessert.  Although the photos may not look like much the food was very good and the soups were excellent! So kudos to the chef and kitchen staff on a job well done! 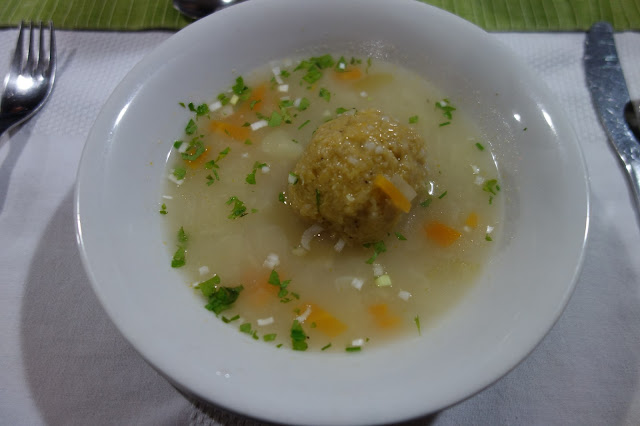 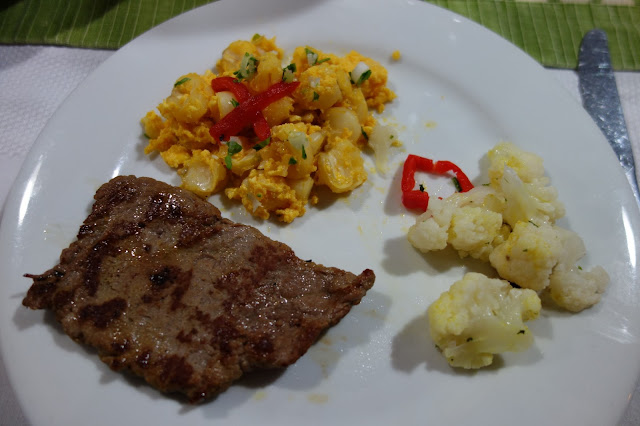 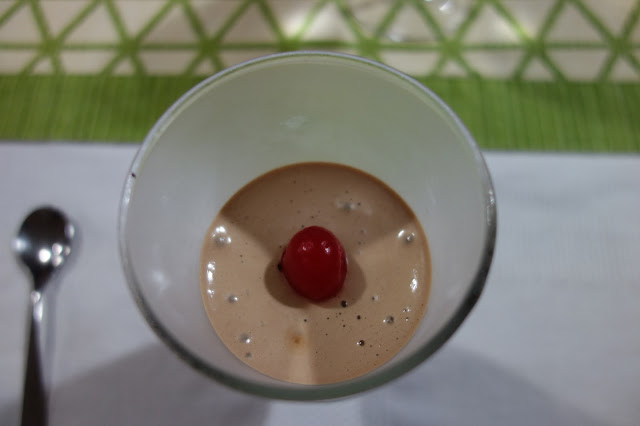 more adventures to follow - or what will have to serve as adventures---
Posted by TOR at 3:36 PM