so on the last full day of our Amazon trip we found the money shot! we were up early that morning because it was a long canoe ride to the clay lick on the river where the parrots came to eat minerals to help digestion... we arrived in time but the birds are so skittish that you can't take the canoe close and you have to be really quiet (like safari on with much smaller wildlife and further away than you can go on safari)

first a photo from the river of the parrot clay lick- LOL - see them??? 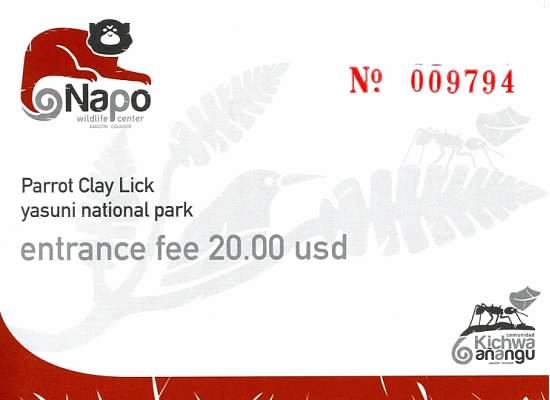 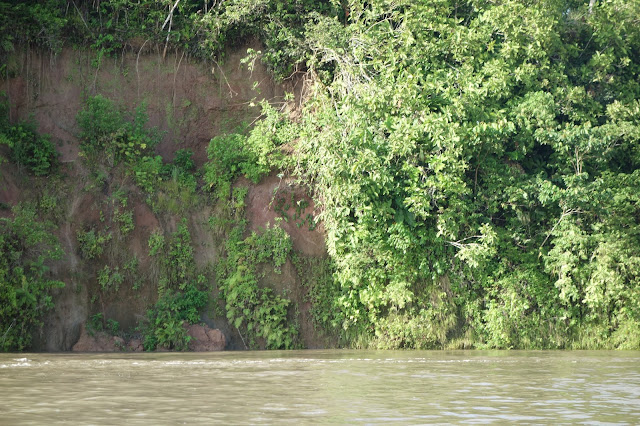 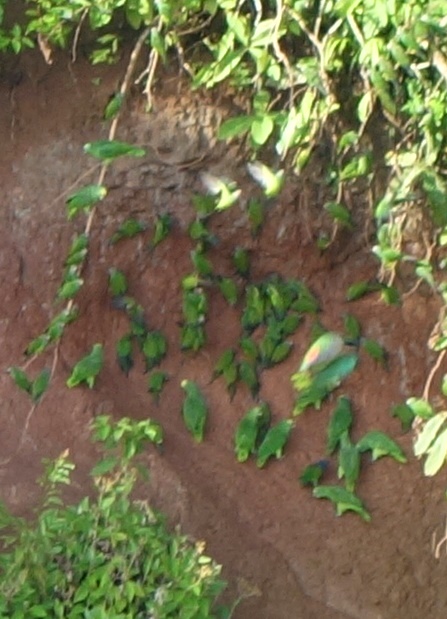 they look just like the leaves on the surrounding trees! 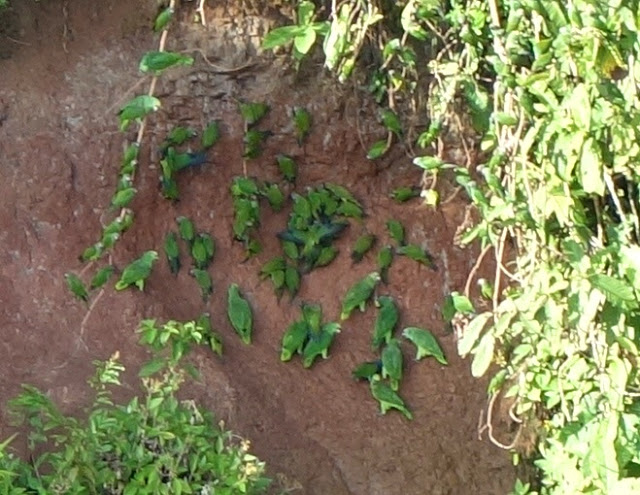 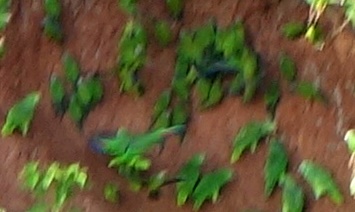 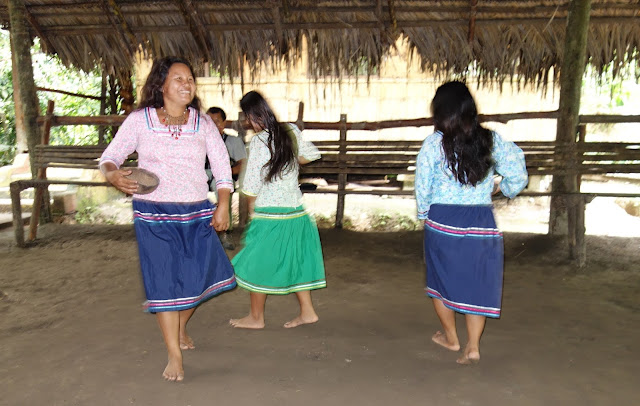 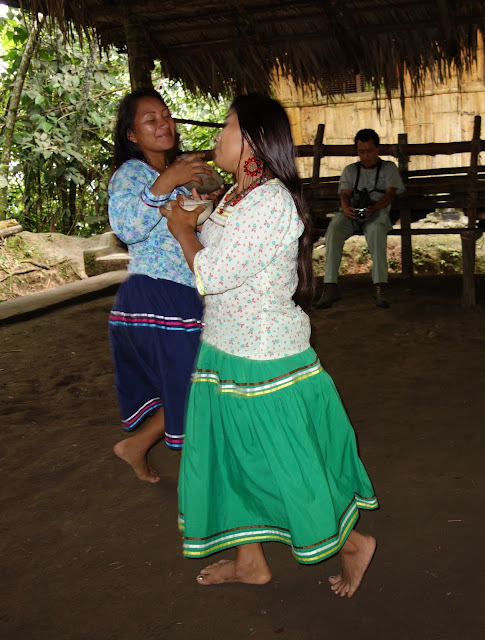 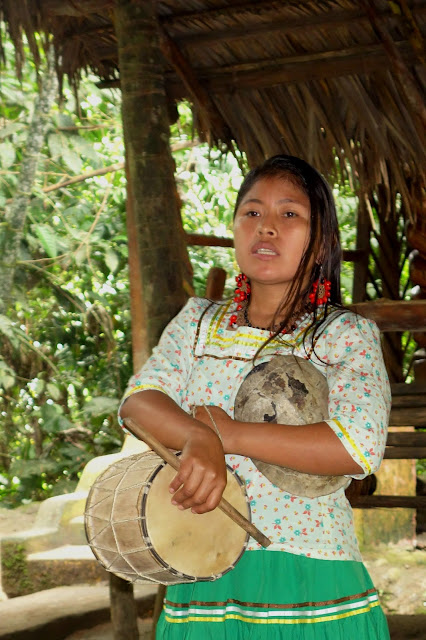 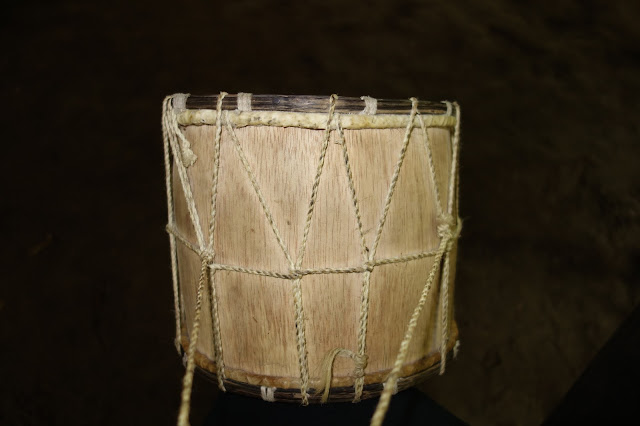 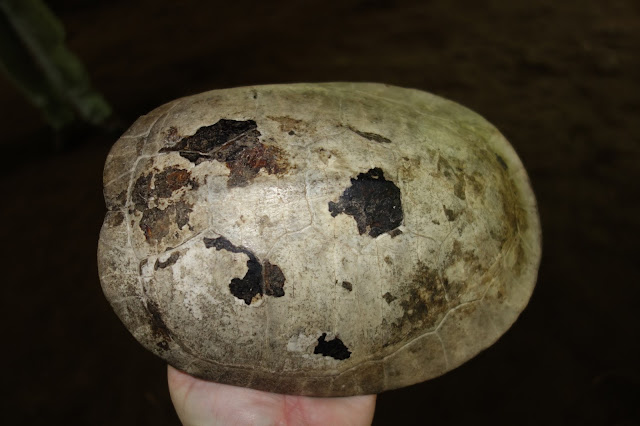 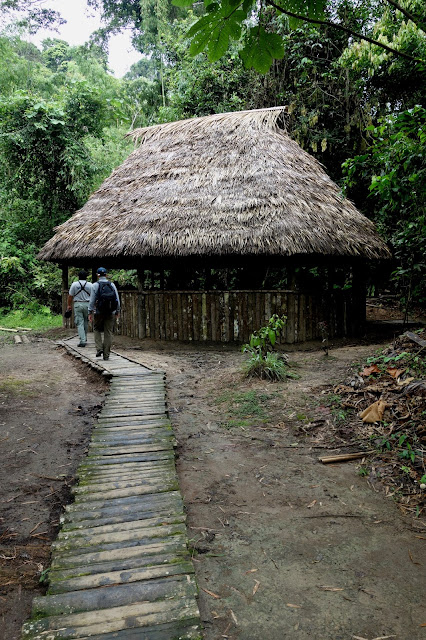 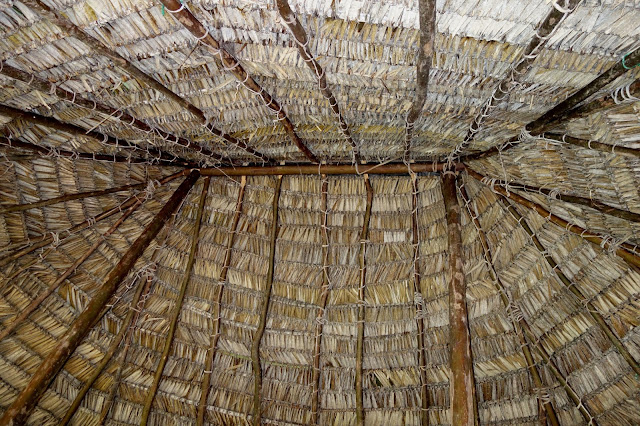 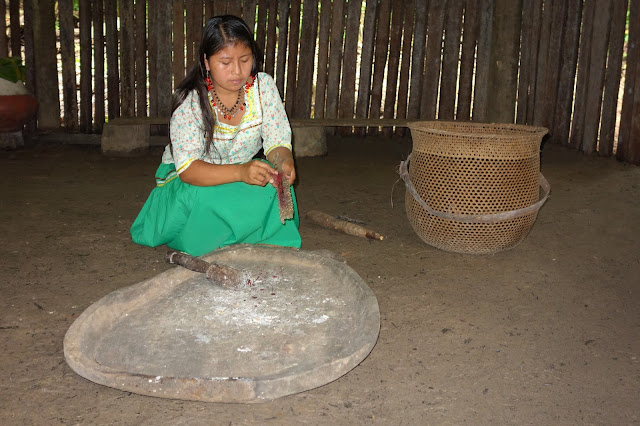 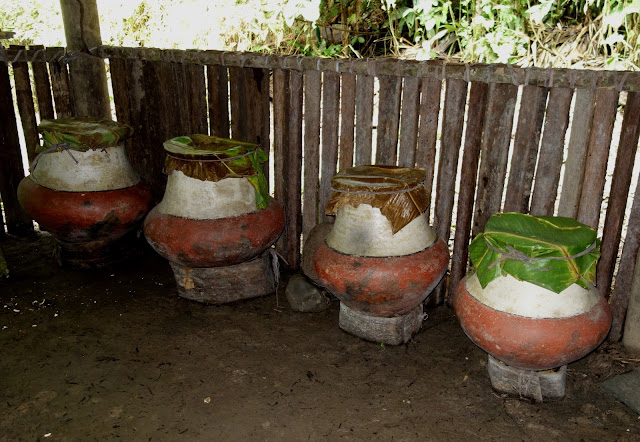 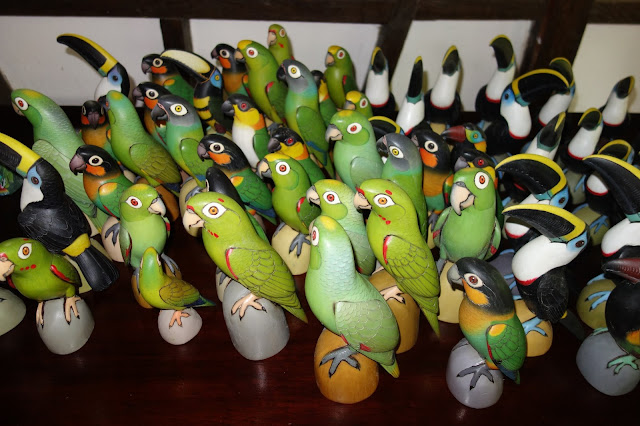 we continued up river and along the way spotted a red howler monkey- this photo is also closely cropped - can SO guarantee that you would never have spotted him had I given you the whole photo-  which was the  way it all went there- here is pretty much in dead center as the white branch heads downward and to the left... 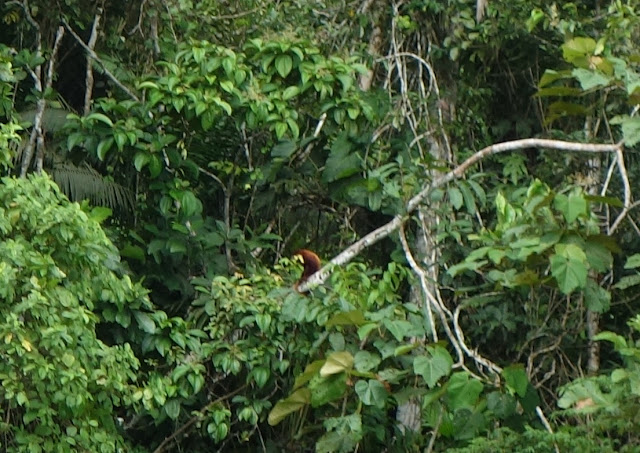 two turtles, also seen from a distance and then zoomed in upon- 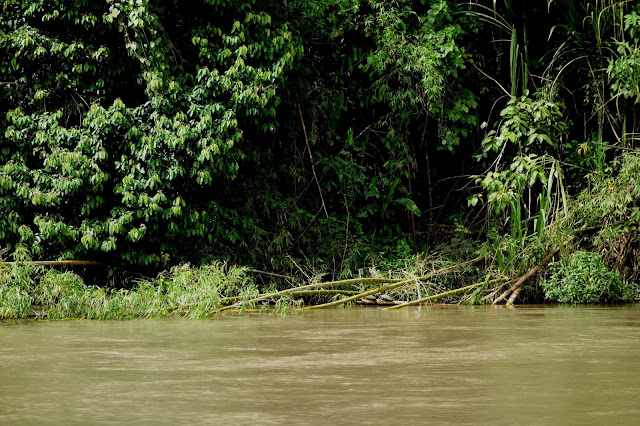 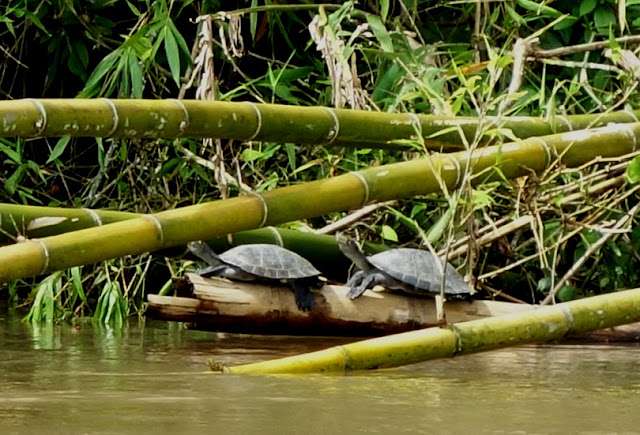 the guide told us they hadn't been here anytime in the last two months when he had brought groups there - but fate smiled upon us and we were treated to one of the most spectacular sights I have ever seen! Look closely in the center and you can see parakeets gathering at clay lick... 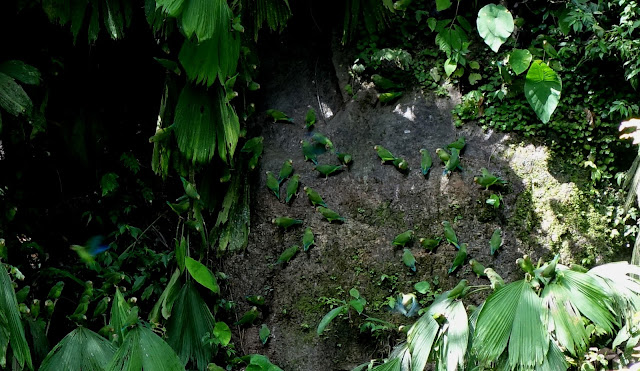 and in this one down below at the springs... 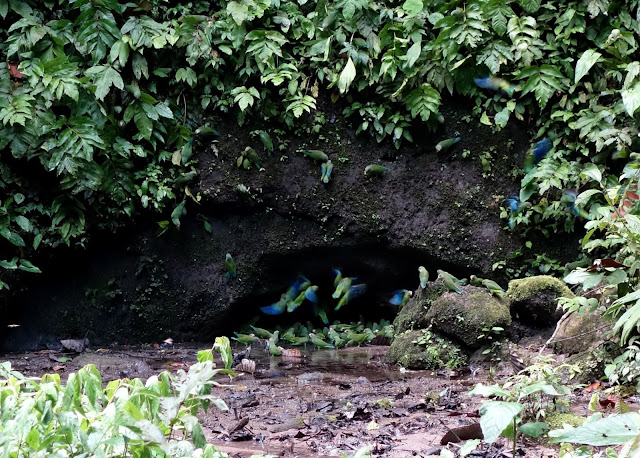 the sound was incredible and the show of color was magnificent! 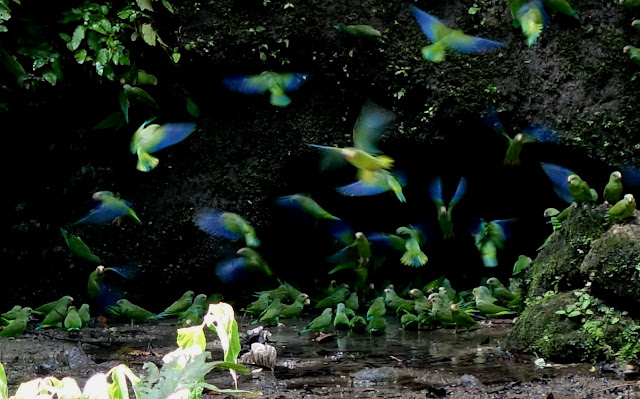 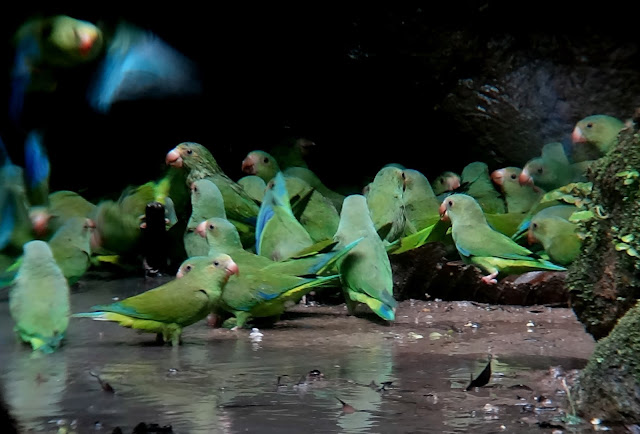 I have a video that I don't know if it can link but I will try- good luck!

https://www.dropbox.com/s/agmoxzpyoc3z4i4/00011.MTS
and below the sign at the blind identifying the types of birds who may be there- for us it was all parakeets- apparently the macaws come at some other appointed hour and sometimes at different times of the year- 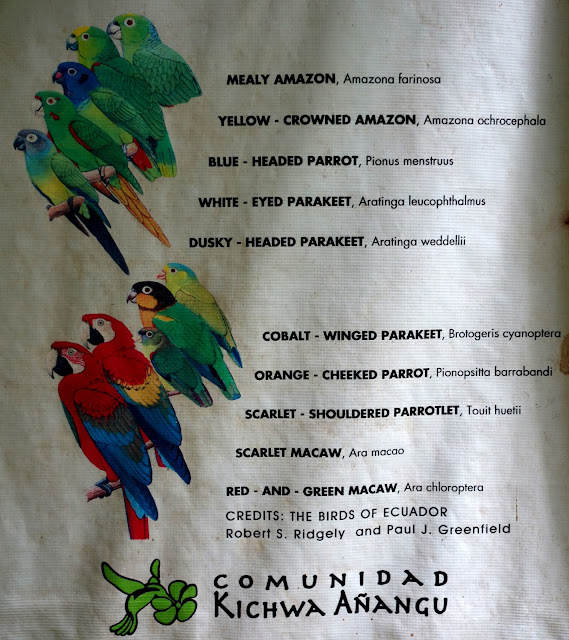 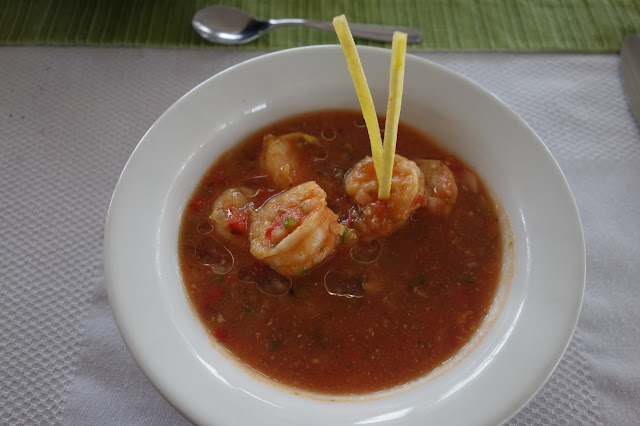 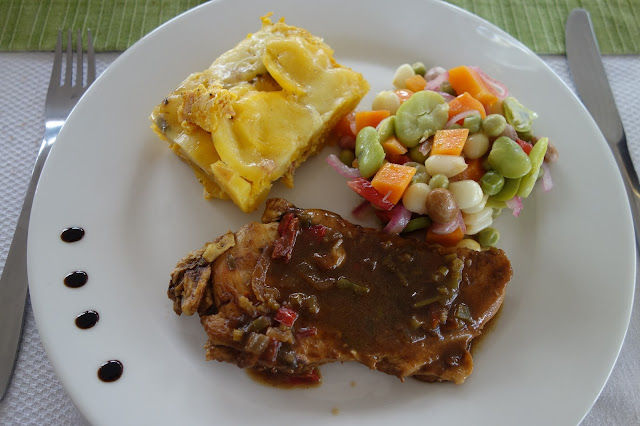 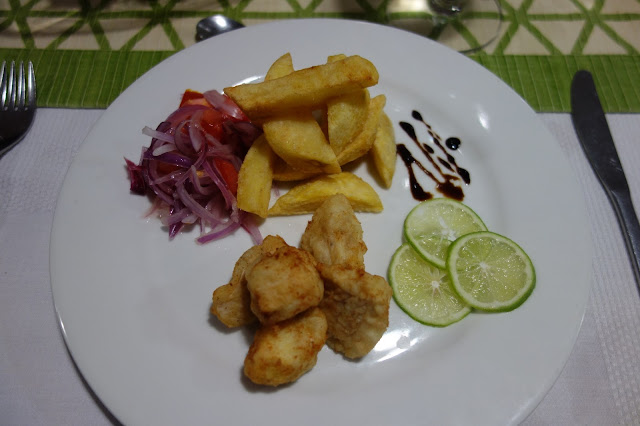 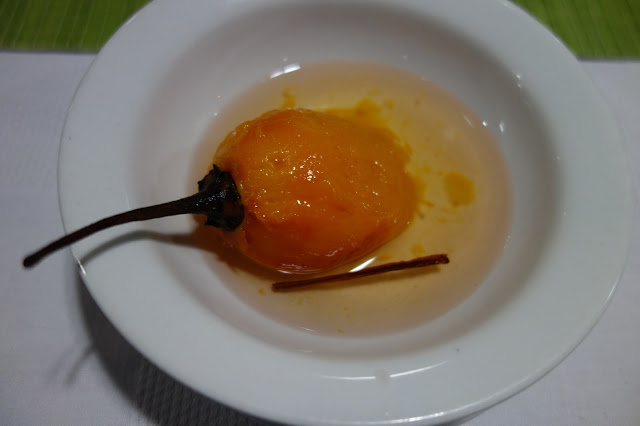 and next post will be on this and that- some nice sunset photos and a few of Ray and Aaron (two of our three traveling companions) kayaking -
Posted by TOR at 4:55 PM