Floreana Island was the first island settled in the Galapagos by European settlers - and their numbers were few- just three families and their soap opera tales of lovers and intrigue... all the stories were related to us in our evening lecture the night before arriving there...

among the most famous sites on Floreana Island is the de-facto Post Office. Located in a barrel, allegedly sailors began the tradition of leaving messages there for those back home which would then be picked up by other sailors who would carry them back to the home country with their departing ship.  Today the tradition gets carried on by folks leaving postcards in the barrel which other tourists then take home and mail in their state or region of the country. 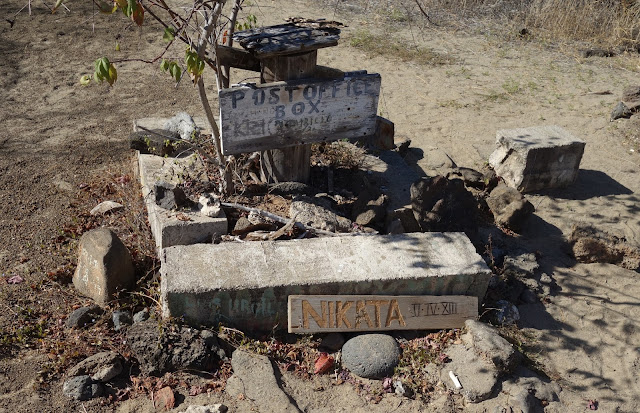 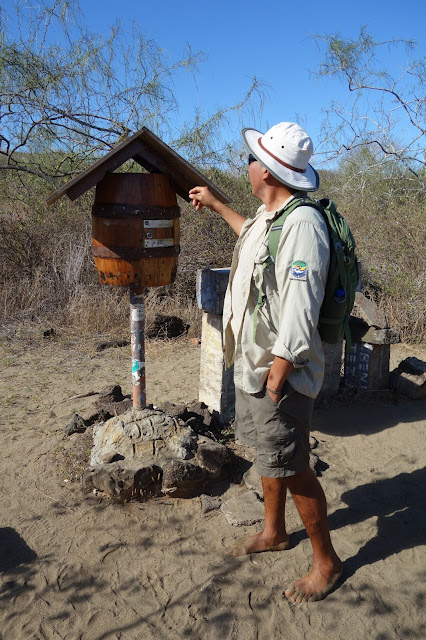 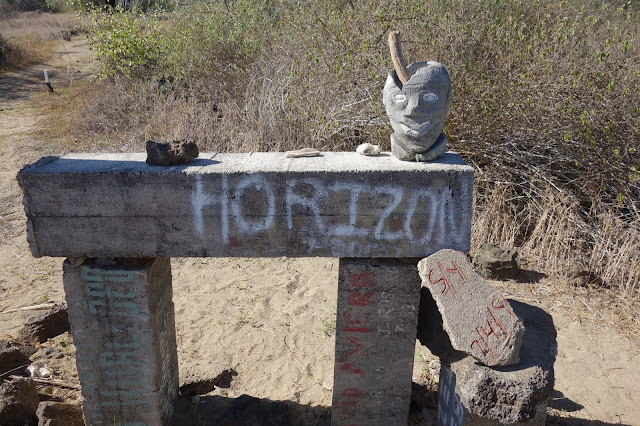 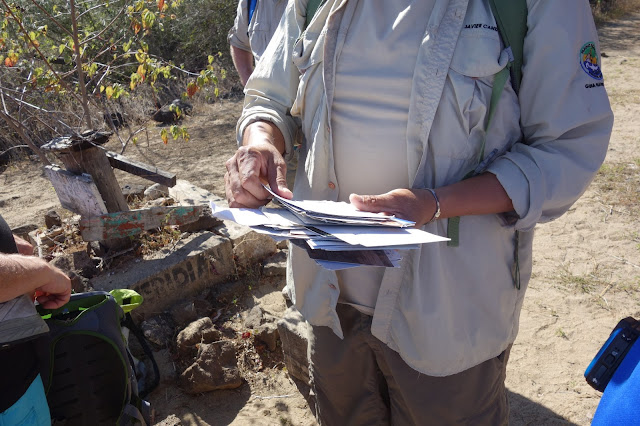 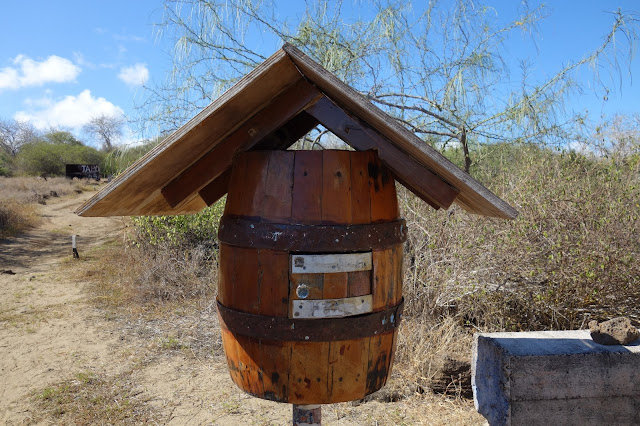 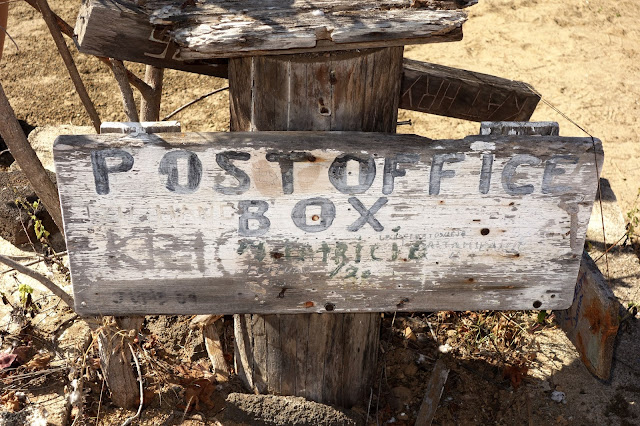 the beach nearby where we saw another sea lion having fun in the water! 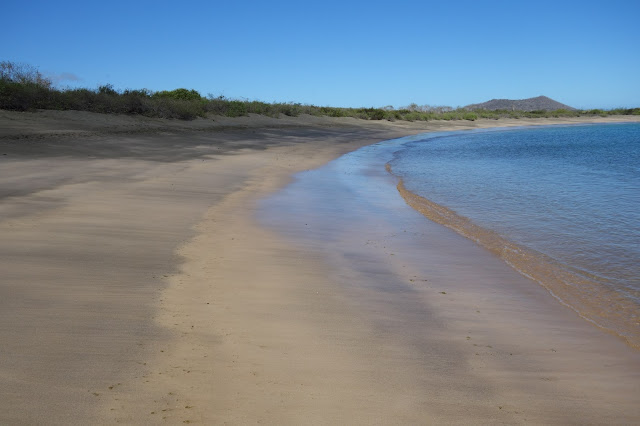 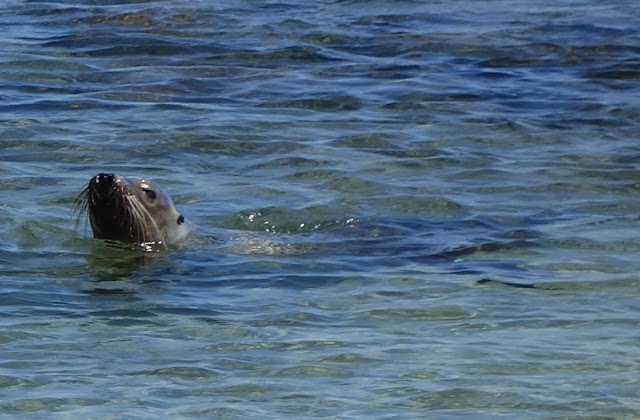 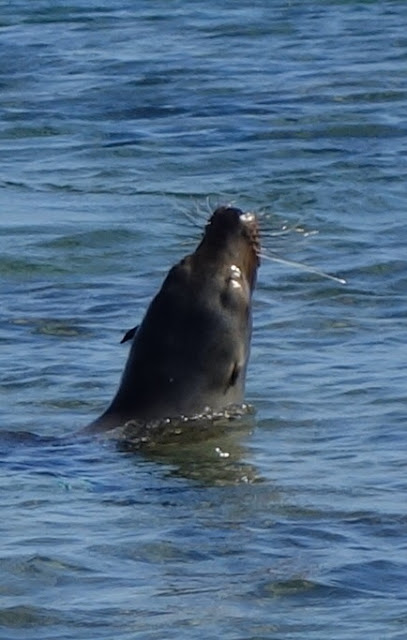 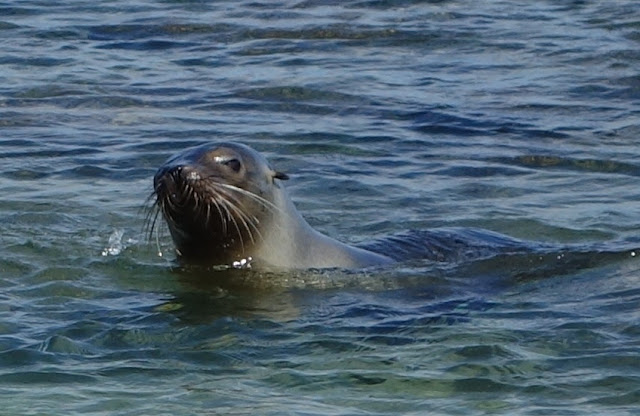 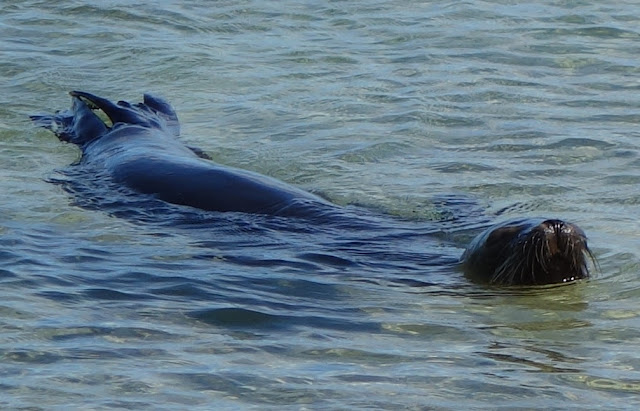 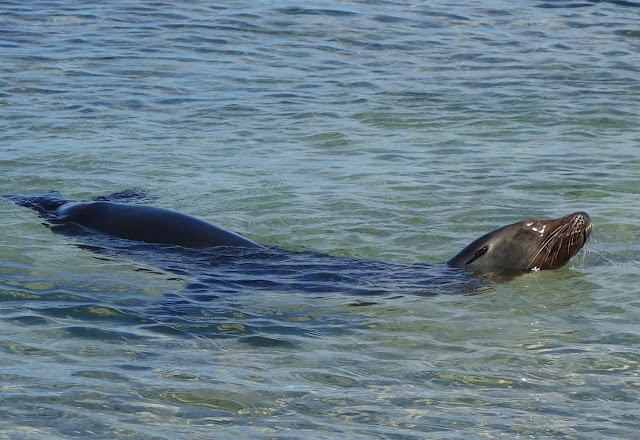 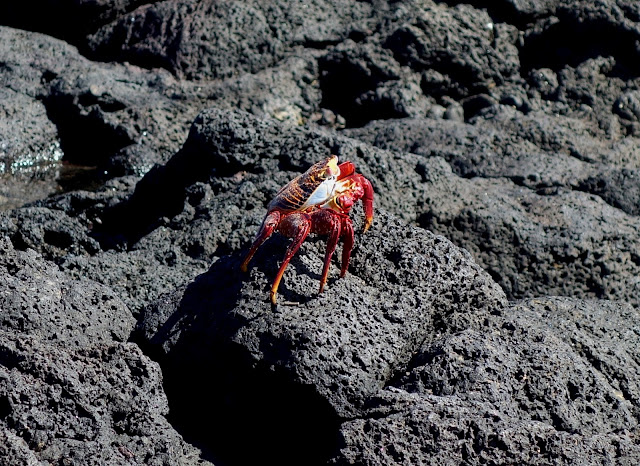 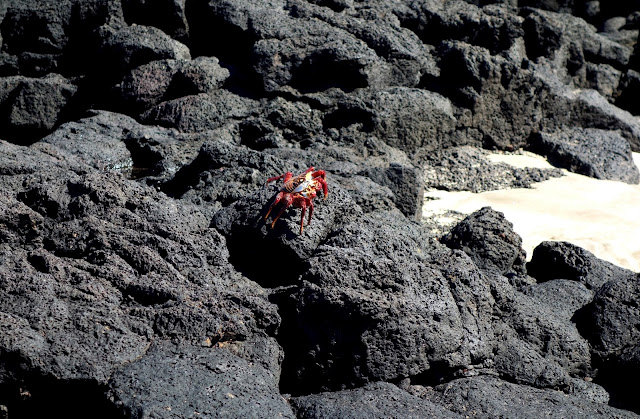 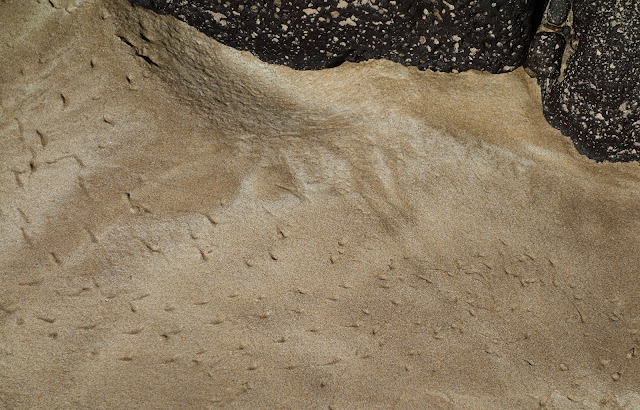 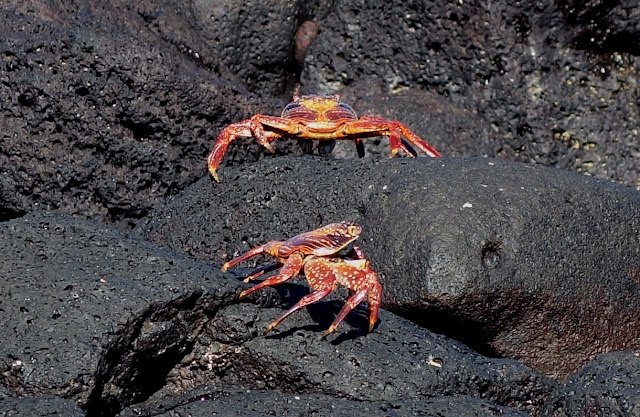 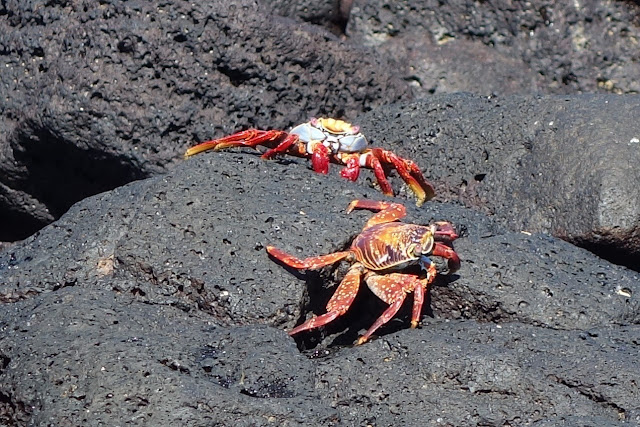 a hermit crab in a purloined shell- 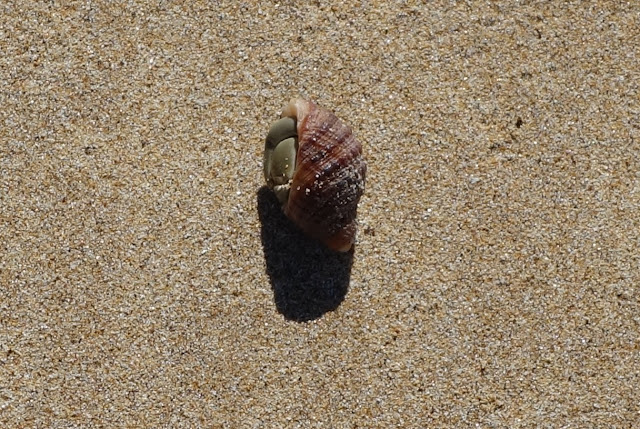 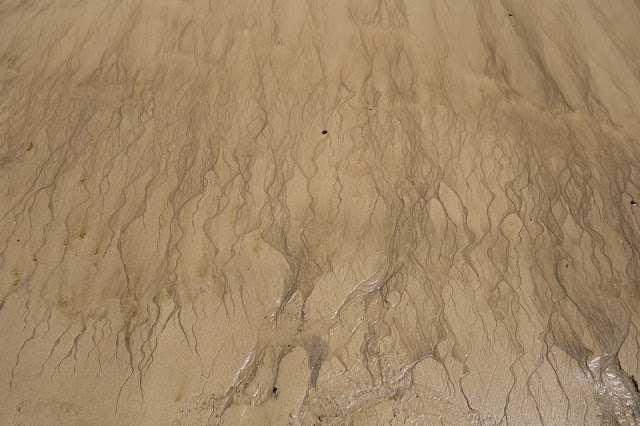 the ship from a distance- and when we returned we had lunch outside on the bar deck - BBQ! a nice change from the chafing dishes of buffet food--- the red sausages were especially good (paprika infused) - 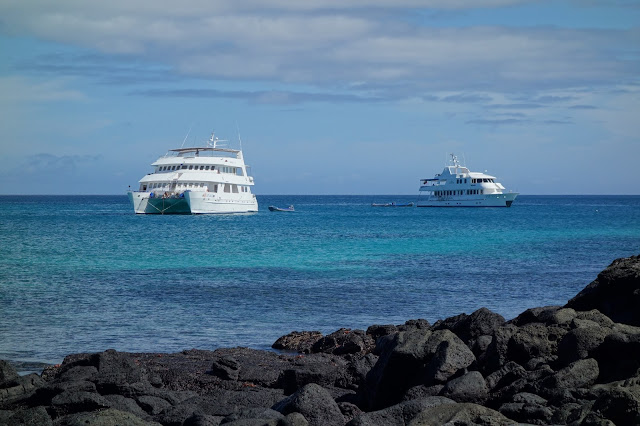 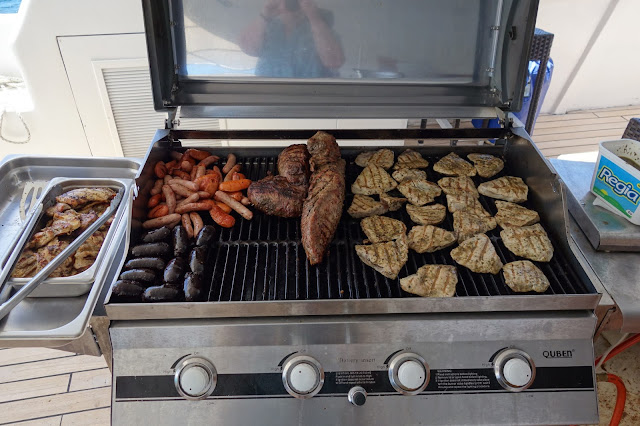 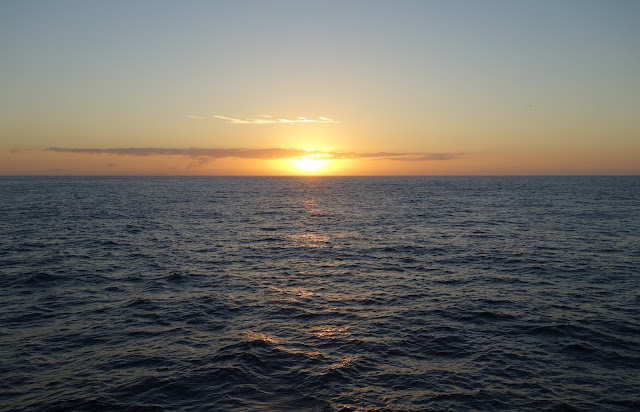 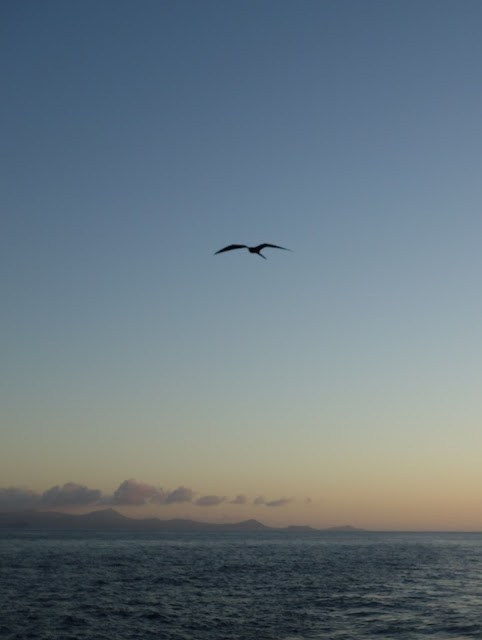 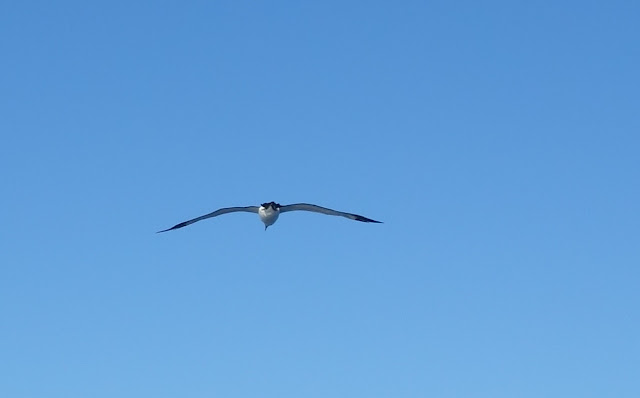 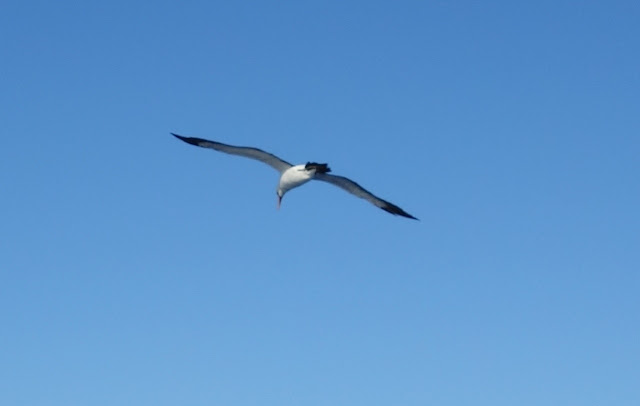 the next post will cover the last of our Galapagos journey- so keep reading....
Posted by TOR at 6:03 PM