of our Galapagos Island journey- we went to the Isla Los Lobos (sea lion island) where the dry landing was on a set of stairs cut into the rock- LOL and completely inhabited by the sea lions who found it a good spot for sunning themselves! But first there is another kayak and snorkeling foray for those who desire to do so- the number dwindles again as many are tired of ridiculously early wake up calls and some have blisters from a hike up to the top of the muddy volcano -in rented rubber boots that didn't fit quite right- two mornings ago. 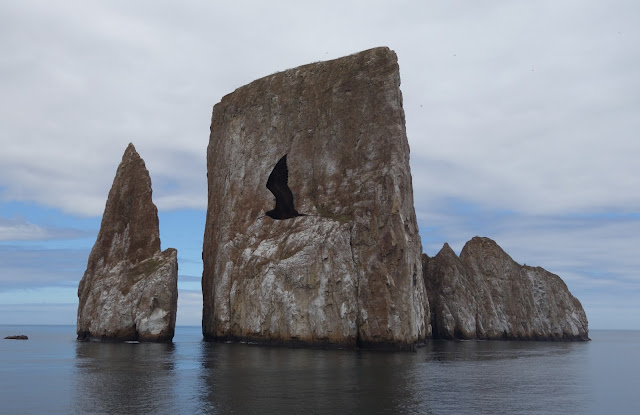 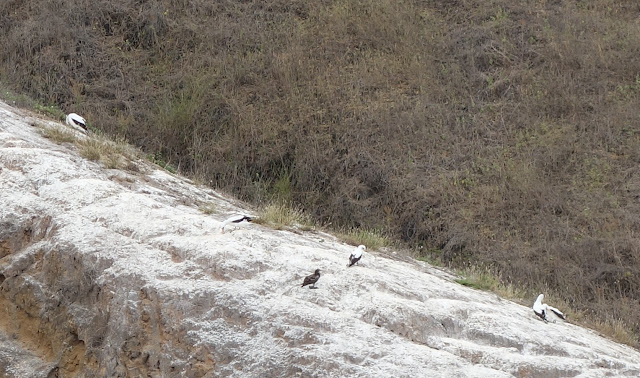 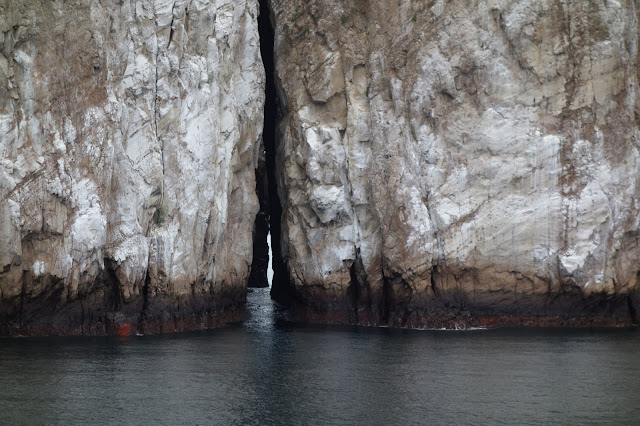 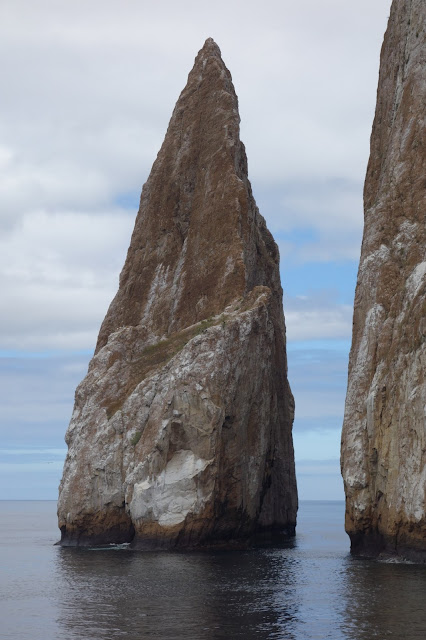 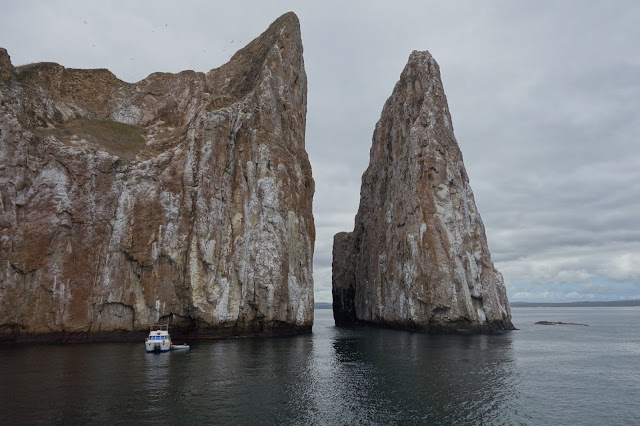 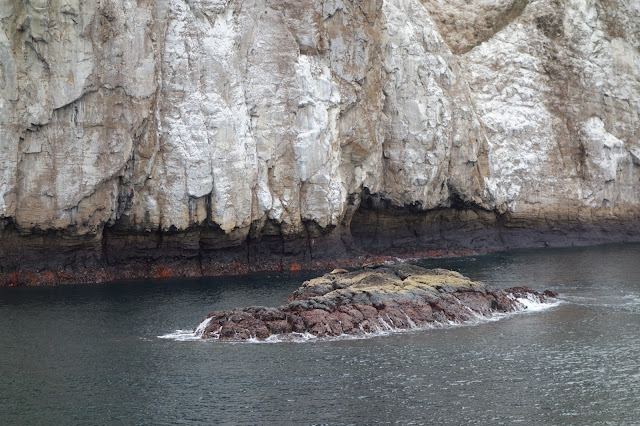 and here are the steps "owned" by the sea lions! LOL 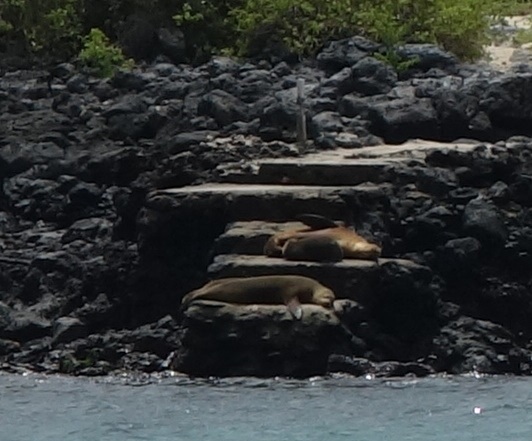 from this location we head to Santa Cruz Island where there actually is civilization- bars, restaurants and hotels (real hotels not just hostels) along with paved streets and markets for produce etc... a cemetery and the Charles Darwin Center for Research.... a veritable metropolis.

we arrive shortly before dinner and a panga is offered to take anyone who wishes to go into town to have Internet access over from the anchorage in the bay- there are no takers- luggage out at 6:30 AM the next day so most everyone just got themselves packed up and ready for the transfer in the morning.  The four Dutch people are moving to a hotel for a couple of nights (the package they picked)- the NY four and the two of us are all leaving for the airport- and the six Wisconsin related group were in to the bitter end having bought the  week on board trip versus the five nights we chose....

the following morning we left the ship and said good bye to the crew and went off to the Research Center for a quick trip (same things here as in the turtle preserve we saw on the other island) and then took the car to the ferry to the bus to the airport for our plane back to the mainland and Guayaquil, where we would stay for a single night (mostly to catch up on email and business stuff) before heading home via Panama City to Chicago on the last day of May.

so final photos from this journey (I think) 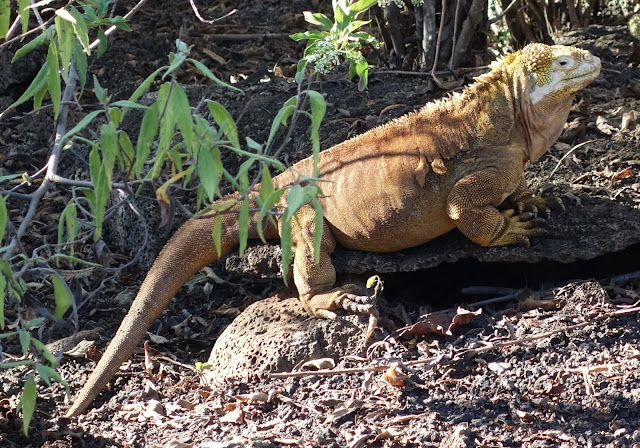 memorial plaque to Lonesome George the world's most famous giant tortoise who died last year in his prime breeding years (they did not know how old he was only that he was the last known tortoise from his island of birth - the DNA is different for each island tortoise population.) 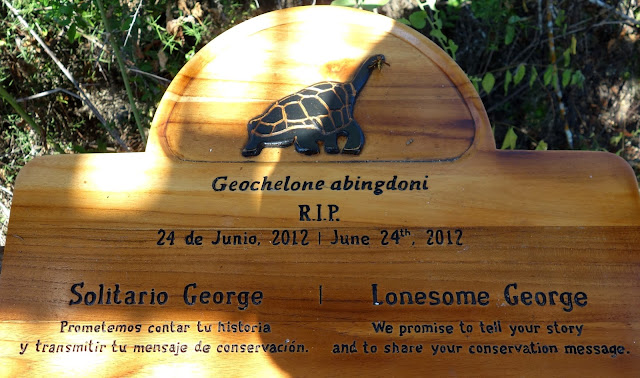 a group of males - one of whom is being assaulted by another - and he was NOT happy and kept trying get away - poor guy! 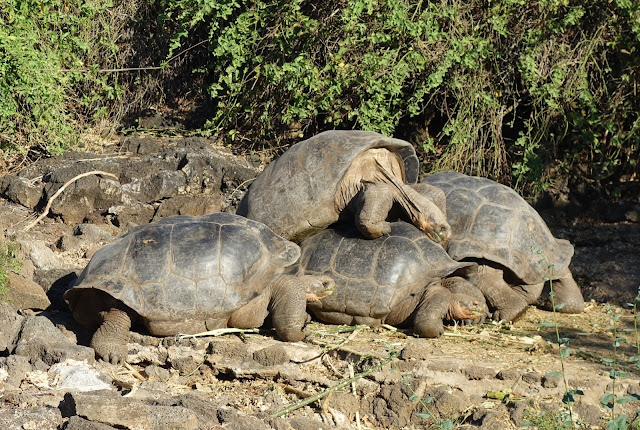 the local cemetery was right by the entrance to the Center- 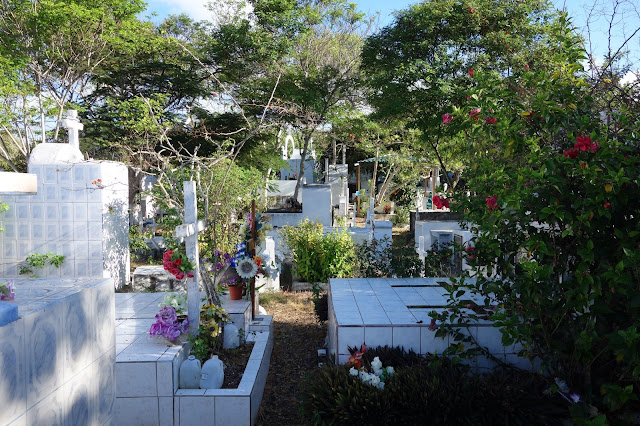 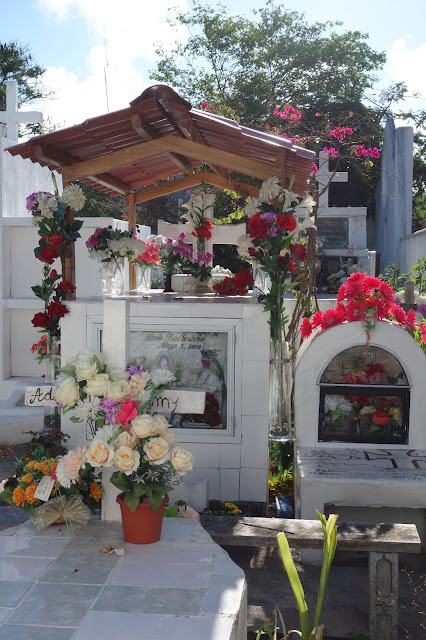 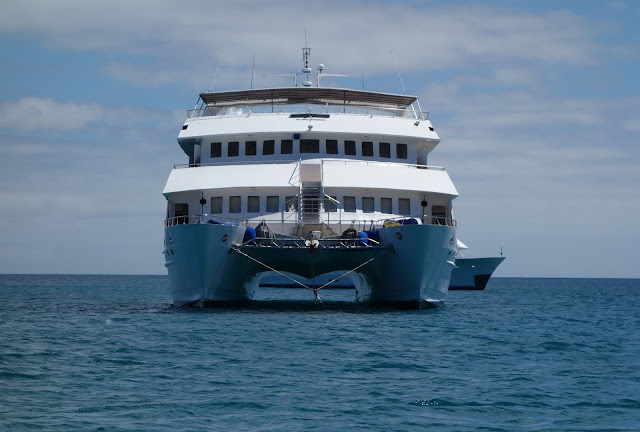 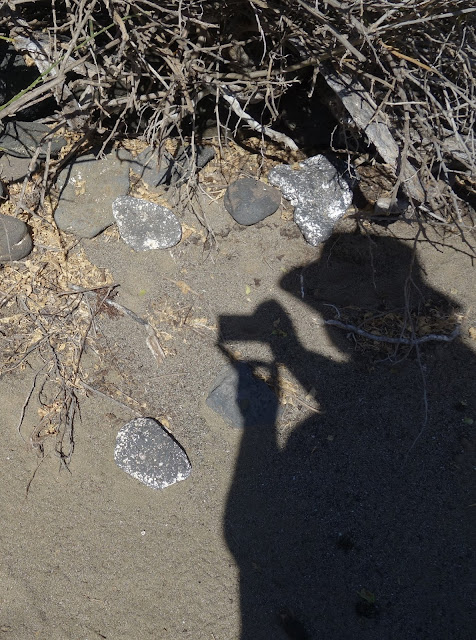 I am often asked (most recently two days ago) what I use to shoot the pictures I post- and this shows it- a small pocket camera that takes up no space or weight and is always either in my pants pocket or hanging around my neck - every one of the photos included in this blog from the Peru and Ecuador trip were  taken with this camera-
yes I have a digital SLR and multiple lens but I rarely use them (the Africa safari trip being a notable exception) - I find I am completely comfortable with the capabilities of this pocket sized camera. BUT - this is a "magic camera" as my husband and I always joke.  Years ago a woman who worked at my office and loved seeing my travel photos asked me if I had a "magic camera to take such great pictures?"
so yes, in a way I do have a magic camera - this is the SONY RX-100 with the largest image sensor available in this small size.  it can be used in fully manual mode or fully automatic (mostly what I use) if also takes videos (see Amazon parakeet video link in prior posts) and since it has 20MP I can shoot a photo and select a small segment later for inclusion here or in my photo book.  Pricey but worth the luxury of not having to lug around the weight and bulk of my SLR gear - and it is always with me on any trip- any time--- the huge image sensor allows night time shots like the one with the stars from our ship that showed the southern cross....
sorry if I sound like a commercial- this camera as been with me for Bolivia, Colombia, the Nordic Capitals, Copenhagen, New Zealand, Sydney and now this most recent trip... you can find all the photos of these trips - all taken within the last ten months - on my travel photo website-
http://victoriasterlingspics.shutterfly.com/
photo books of each of these trips are located on the front page left hand column - in the reverse chronological order--- enjoy the travel via armchair if you want (same disclaimer about Flash and iPads as usual) --- happy travels to all!
Posted by TOR at 6:45 PM