a view from above

later in the morning of our city tour, we walked to the school to visit with the kids and after we were done there, we came outside and there was a bus waiting for us- with AC! yea! 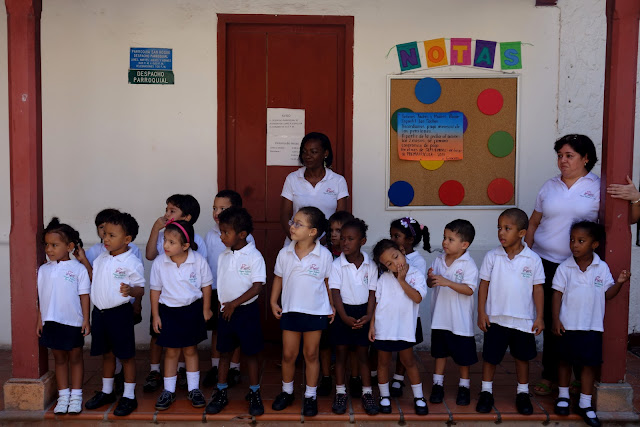 we rode to the top of the highest hill near Cartagena and walked up to a convent where there were great views of the city below and also a lovely photogenic courtyard and a small museum. (experience the serene beauty of the hilltop La Popa Convent, which honors La Virgin de Candelaria, Cartagena's patron saint, and offers sweeping vistas of the city.) 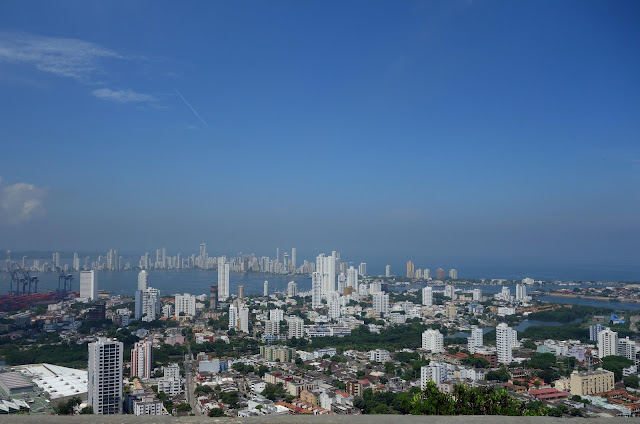 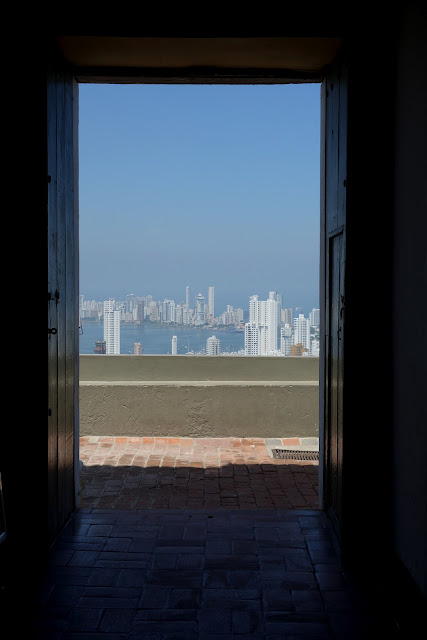 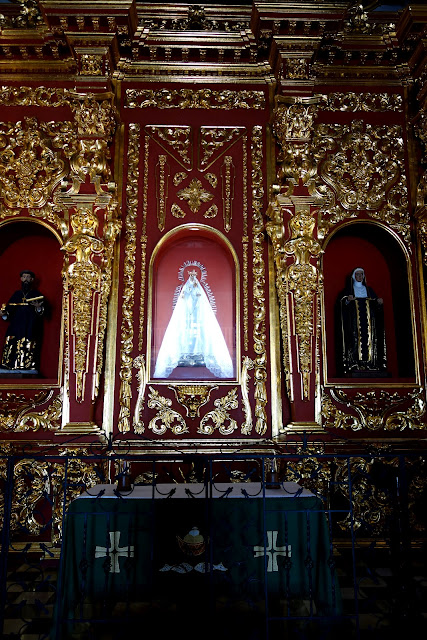 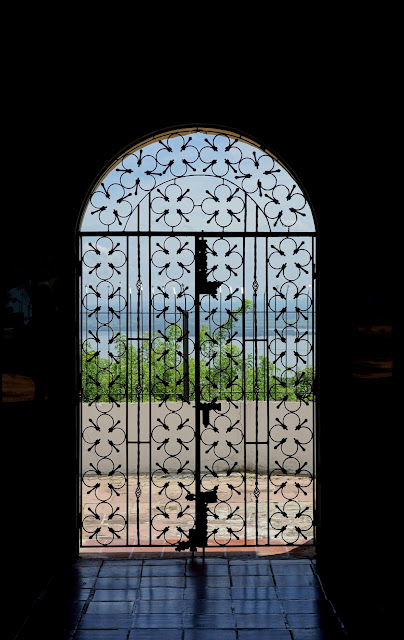 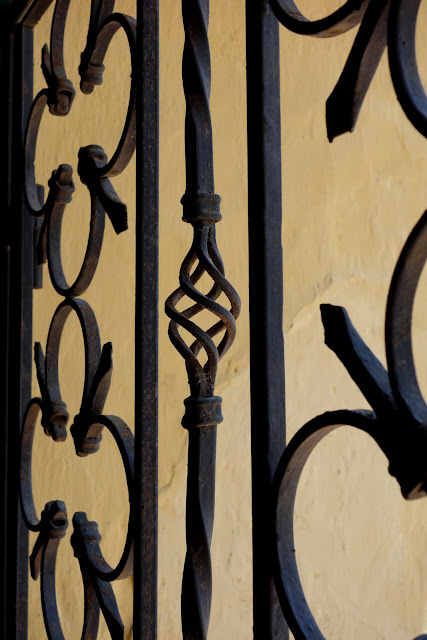 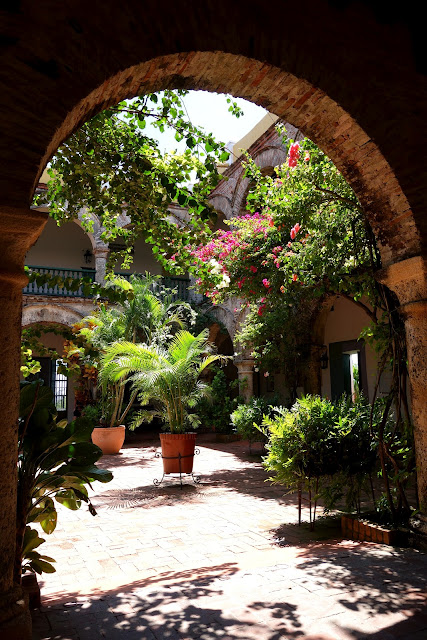 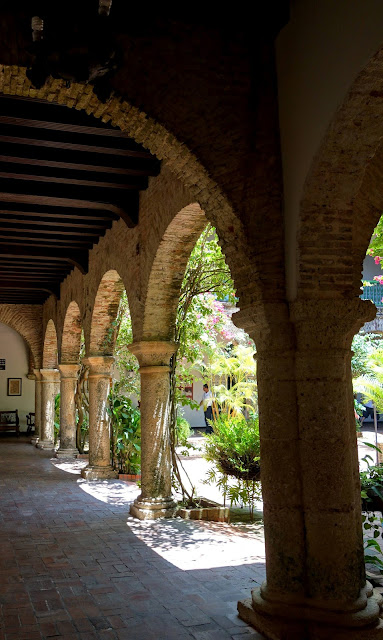 Our discoveries continue with a visit to Bocagrande, a modern hub of activity situated between Cartagena Bay and the Caribbean. Bocagrande is known for its restaurants, shops, beaches, and sophisticated flair. One of its quieter neighborhoods is the residential Castillo Grande, which boasts of some of the most stunning water views, as we’ll discover today during a panoramic tour. We'll also visit an emerald workshop to see items made from this gem, for which Colombia is famous. OK - we stuck close enough to the itinerary that I didn't need to do my own narrative- LOL 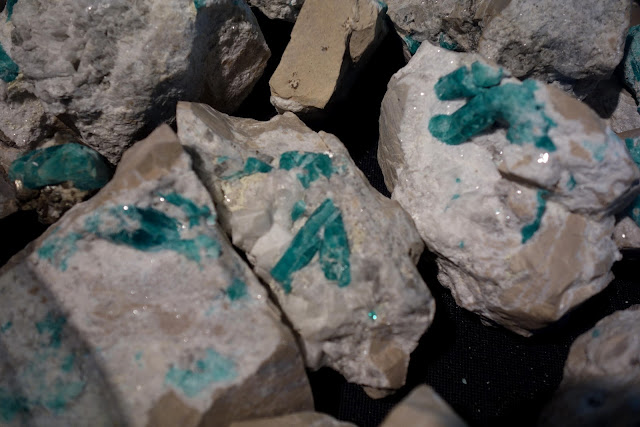 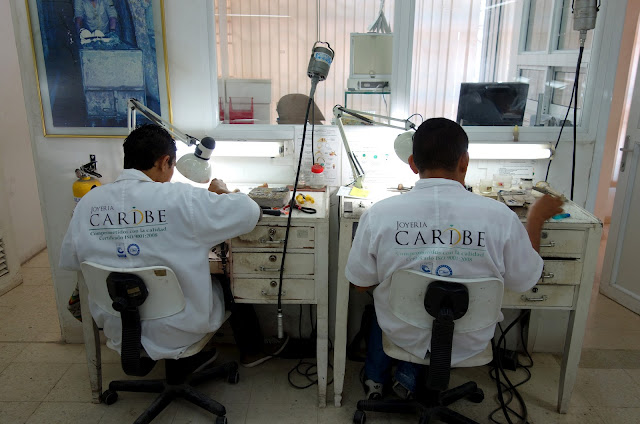 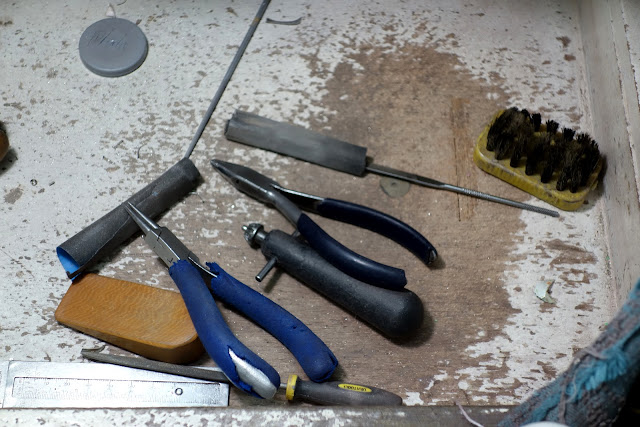 Regroup late this afternoon for a ride on a traditional chiva, a rustic, but vibrantly painted bus. We’ll be joined by some live musical entertainment, which will make our ride all the more memorable. And it was memorable- the Chiva (which I called the chicken bus- is actually named the goat bus for the same reason--- what gets carried on the roof in the traditional rural use of the buses...) 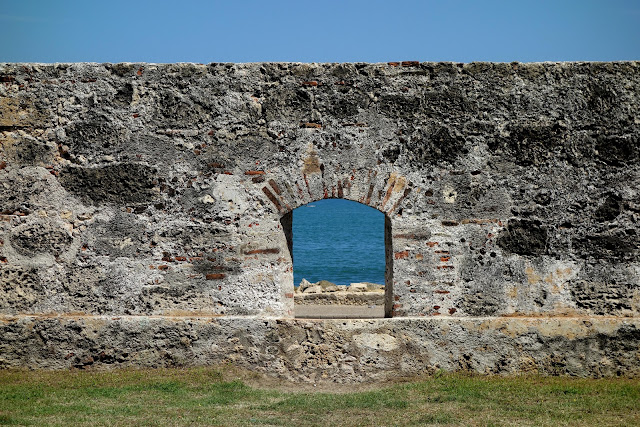 we meet the bus near the city walls 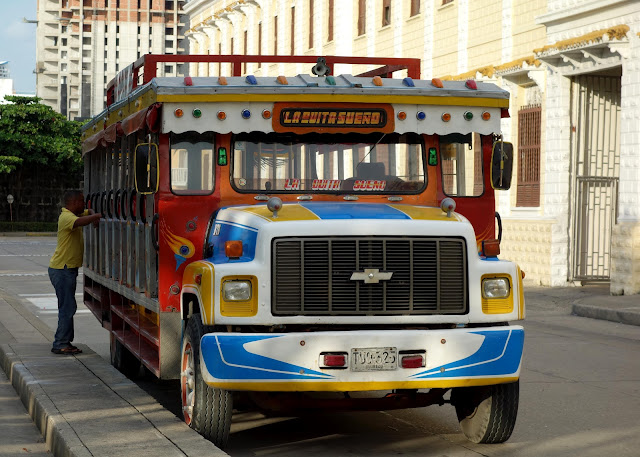 a brief storm brings rainbows... as we ride around the city yelling Ola! to pasersby--- and our band plays local and traditional music... 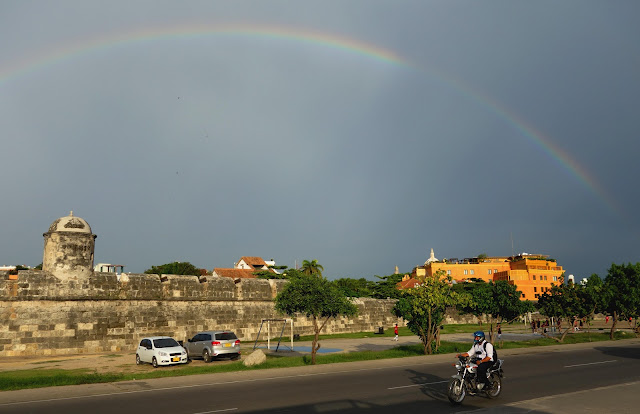 the following day ten of the group go to the Rosario islands to relax and swim- six of us opt out and do our own thing... I dragged Kimo around for some photography where I didn't have to fight to keep people from stepping into the picture to "get their special shot" LOL and Kimo went off to the torture museum while I took more photos... being a two time skin cancer survivor I am very careful about sun exposure... everyone was happy with their choice of activity and we all ended up at one of three home hosted meals to end the day at "leisure"
Posted by TOR at 2:02 PM