here is what our itinerary had to say about this day:

After breakfast, we’ll drive to the site of Bolivia’s most important archaeological site: Tiwanaku, a ceremonial location on the southern shore of Lake Titicaca used by a pre-Inca civilization reaching back to 600 BC. The people of this ancient city were excellent artisans and left behind a series of mysterious monoliths, mostly in granite; as well as a pyramid, temple, and aqueducts. This was a well-planned city, seat of one of the Americas' most powerful and organized civilizations, and today it is designated a UNESCO World Heritage Site.

We’ll begin our discoveries of Tiwanaku at the site’s two museums, the Lytic Museum—which houses several large stone objects, including a monolith representing Pachamama, or Mother Earth—and the Ceramic Museum, home to the surviving art and artifacts of the lost culture of this ancient city. Then, we explore the monumental ruins of Tiwanaku. We pause for an included lunch, then continue our discoveries at the Pumapunku temple complex, the massive stone slabs of which provide a vantage point for looking out over the surrounding plains.
Later this afternoon, we return to La Paz, where we enjoy a little time for independent exploration before gathering together for an included dinner.

and I don't know where I was but I think I only went to one museum and only one ruin but these were quite impressive.... the photos need some explaining so let's dive right in.... as you can see from photo one- the spelling is fluid... 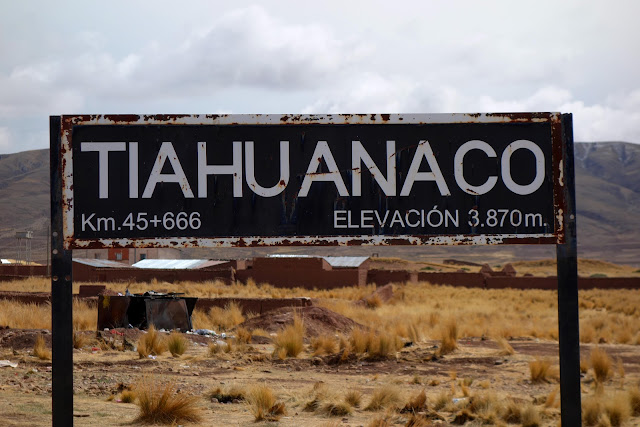 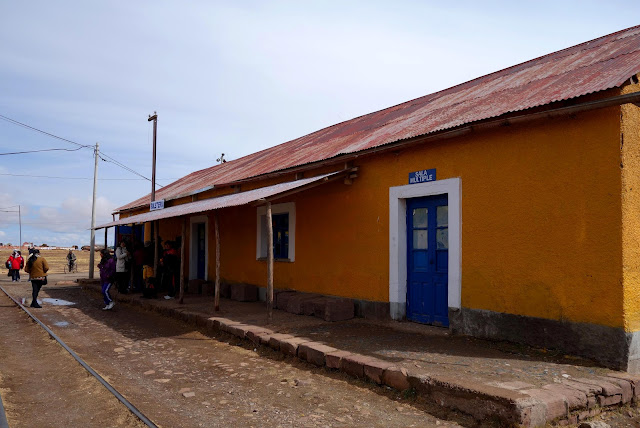 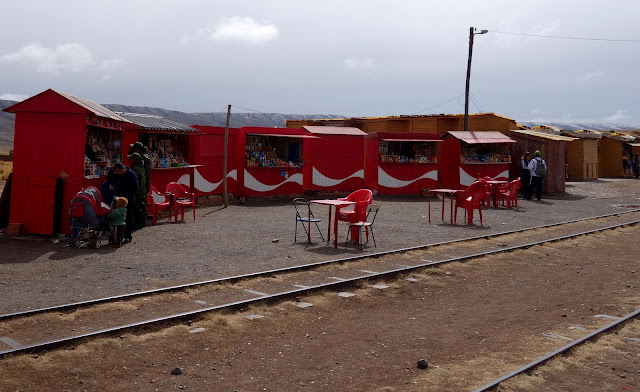 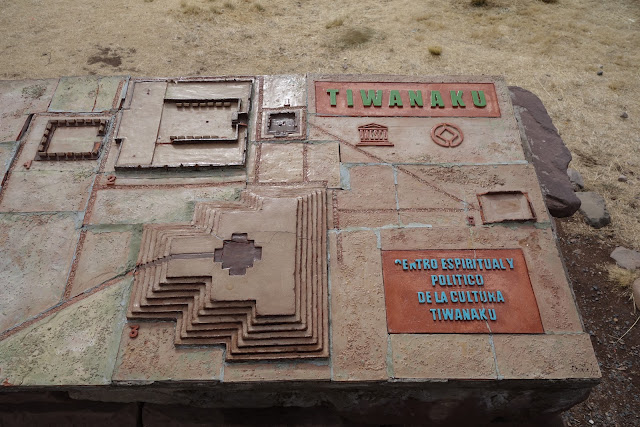 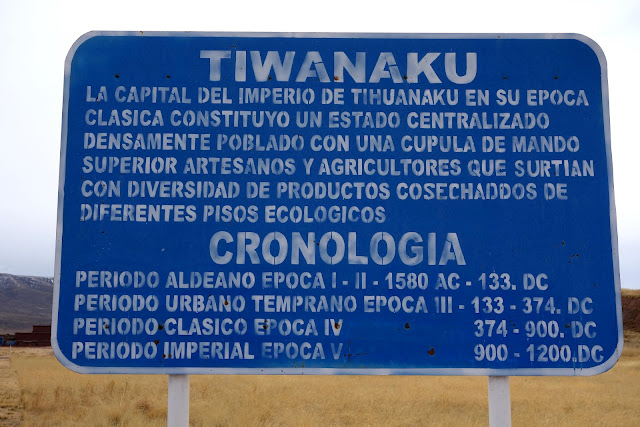 the stone below was so smooth! they were absolute masters at stone work- 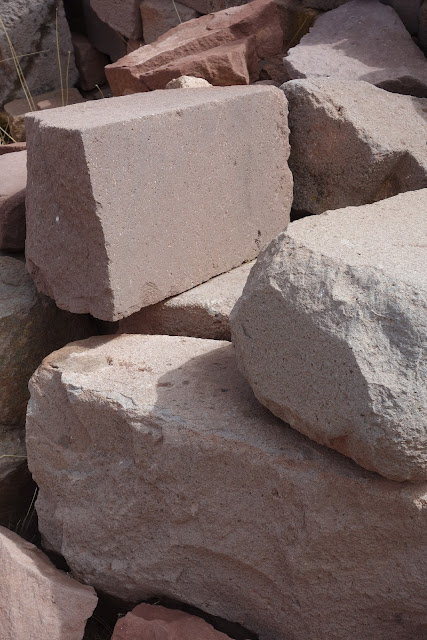 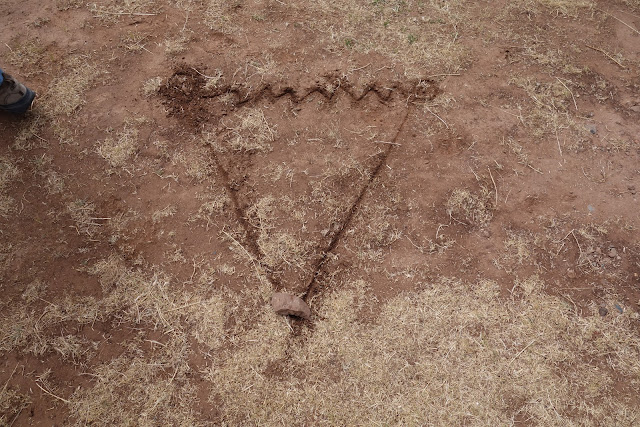 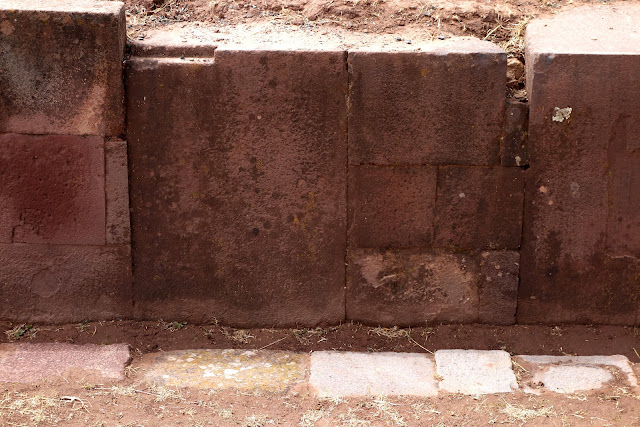 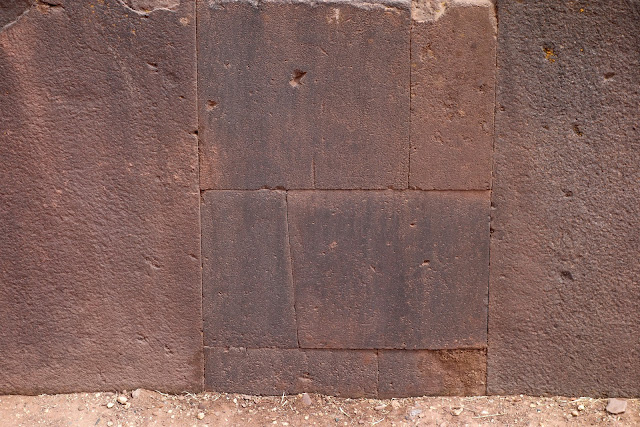 the pediment to the sun gate- 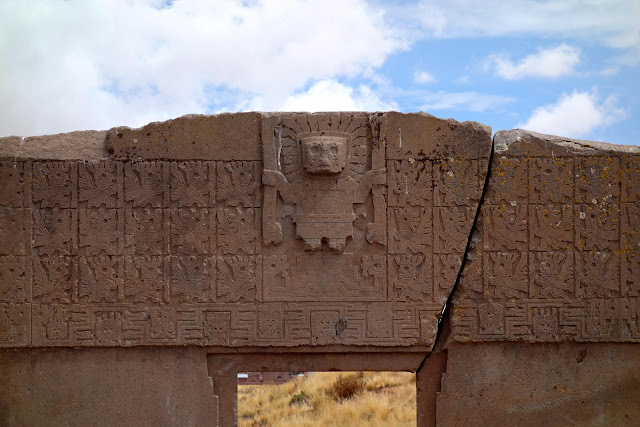 one of the few surviving figures from the past - this guy stands as a lone sentinel a link to a distant past- in his hands (both of them left hands) are the symbols of power from his ancient society... 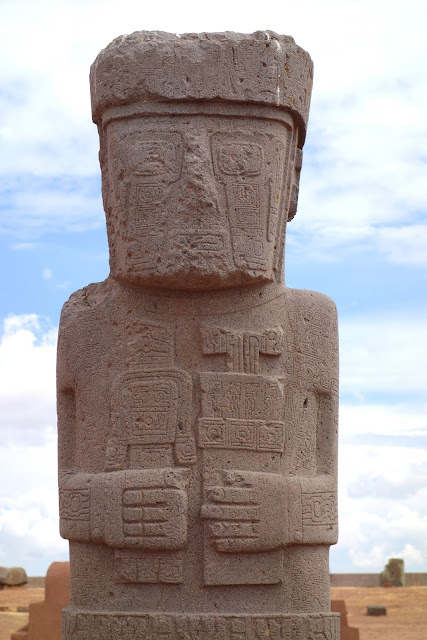 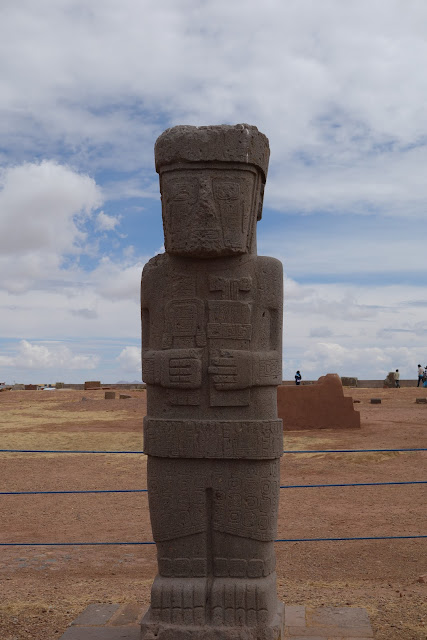 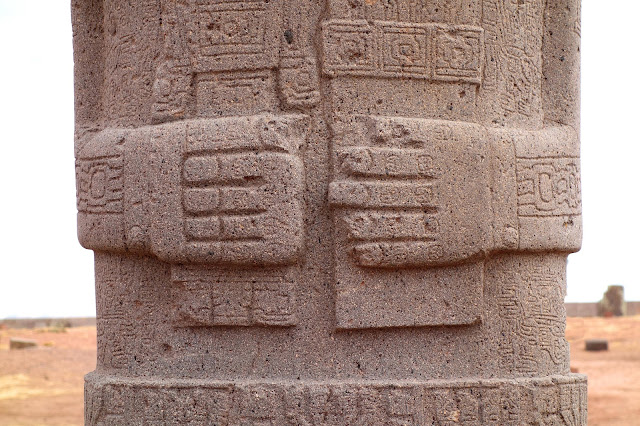 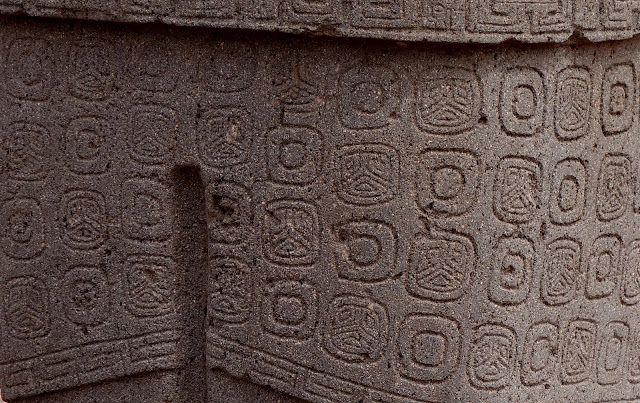 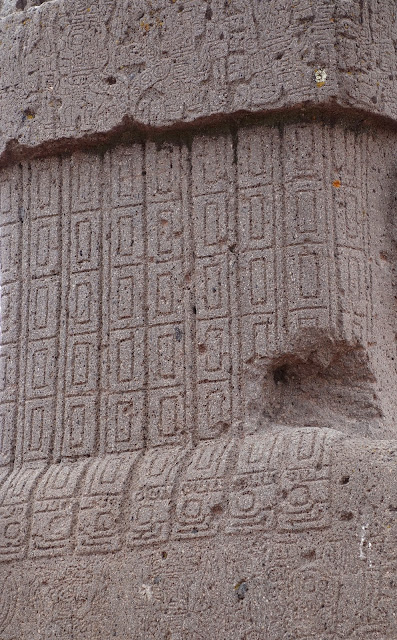 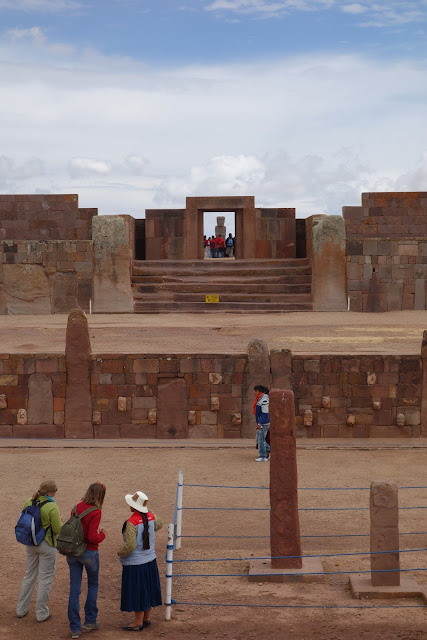 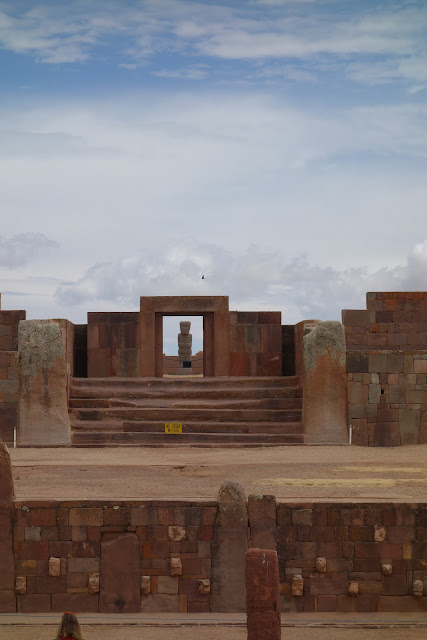 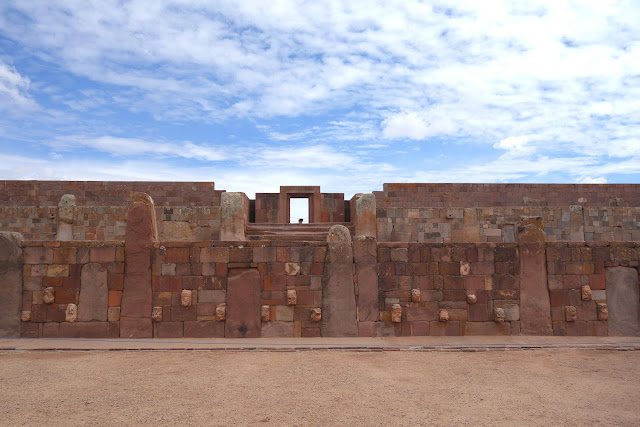 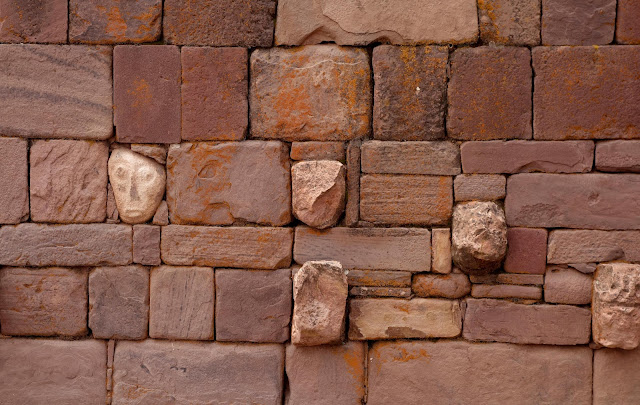 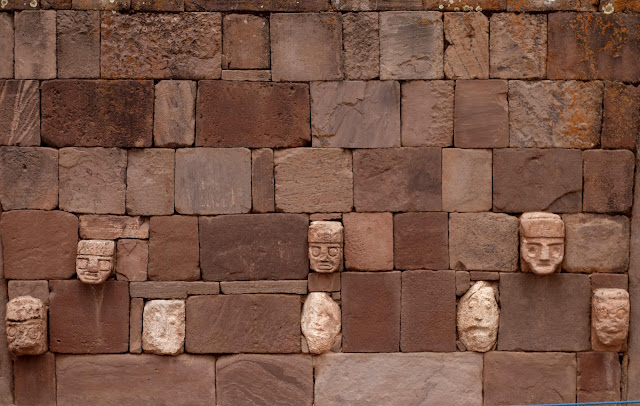 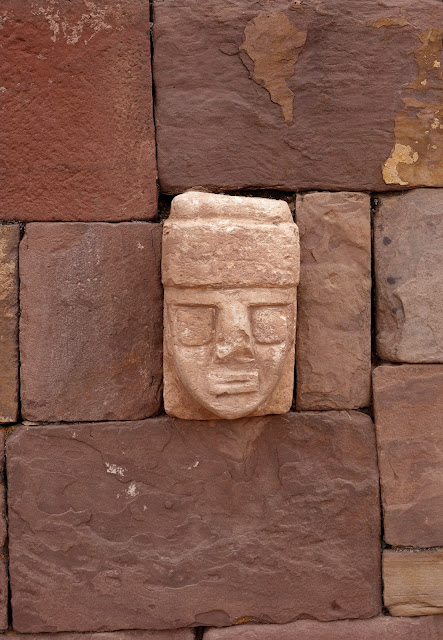 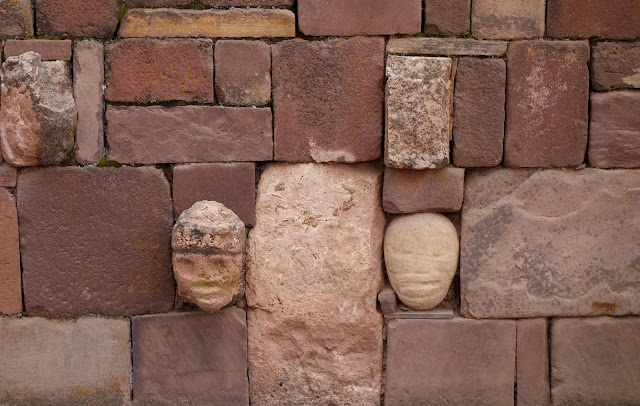 the Kon Tiki symbol was from the original statue below- 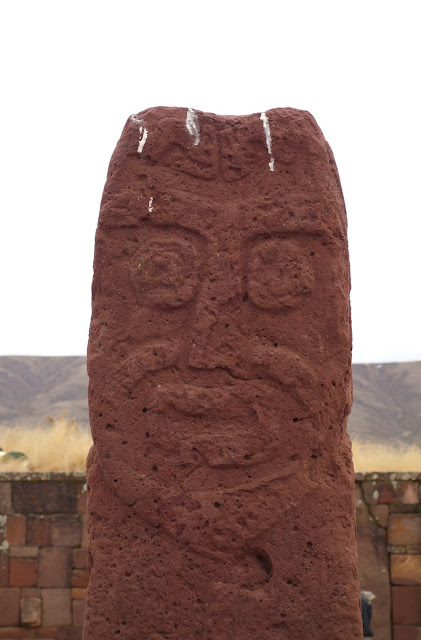 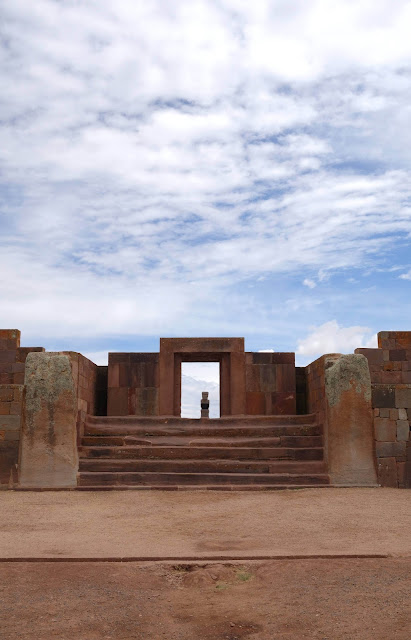 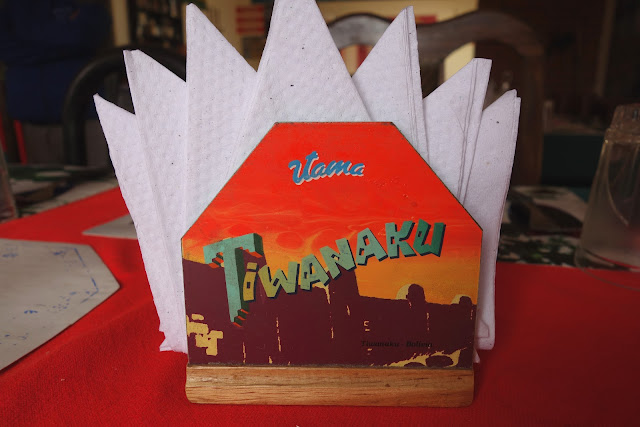 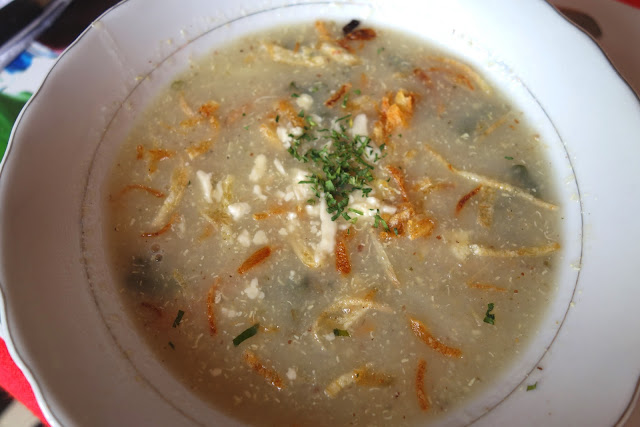 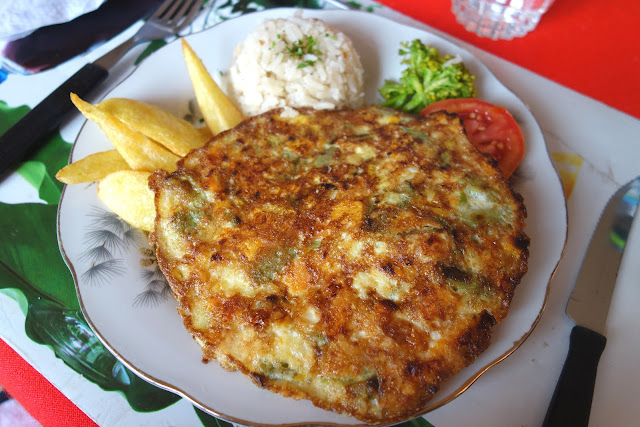 on the way out we saw the Chaby - the dog of Bolivia- lots of hair keeps him warm in the high altitude and cold - by the way - there was snow on the ground that morning on our way out to the archaeological site. 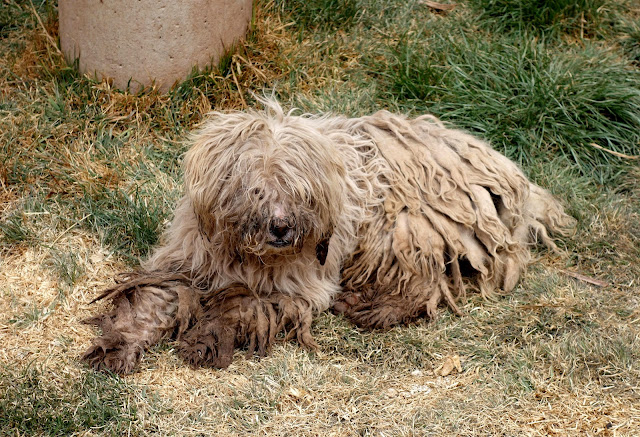 after we return to town we have a few hours free time- need to be packed before our farewell (sort of- since this is just the pre-trip we are all going on to Colombia) dinner.  My next post will be photos of the local ladies that I took along the way and a few other curiosities- we leave for the airport before the breakfast opens at 6:30 AM - the flight to Lima (and on to Bogota) leaves at 8:30....
Posted by TOR at 9:13 PM