having just left the Gold Museum and it being just after noon you might think we were headed for lunch but you would be wrong...LOL

we were headed up up up to the oldest part of the city - home to one of the biggest universities in Bogota and many many students.  the area is somewhat "bohemian" and lots of great things to photograph along the way... including their transportation system which is an unusual variant on the EL-

it is street level but completely restricted access- the "buses" are long articulated ones (three sections sometimes) and they load from platforms at a height that can only be entered from the platform- the lanes are restricted solely to the transport system and cannot be entered or exited by cars (high curb barriers keep them dedicated) here are two photos from the system near the Gold Museum: 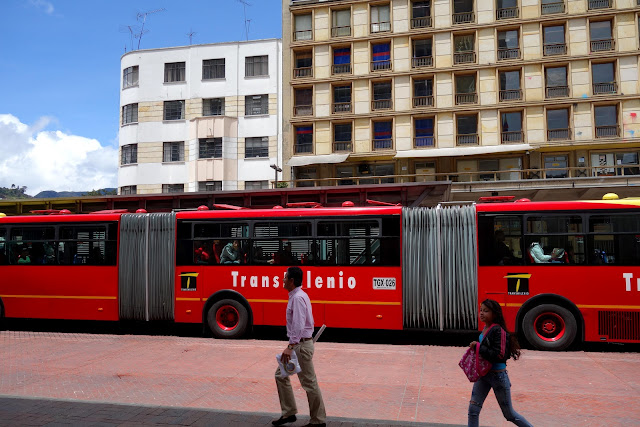 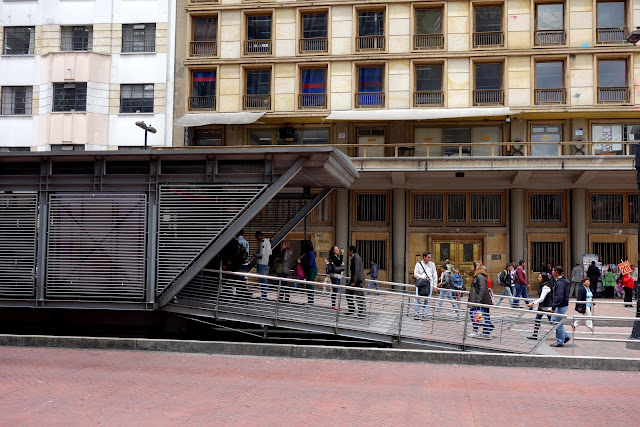 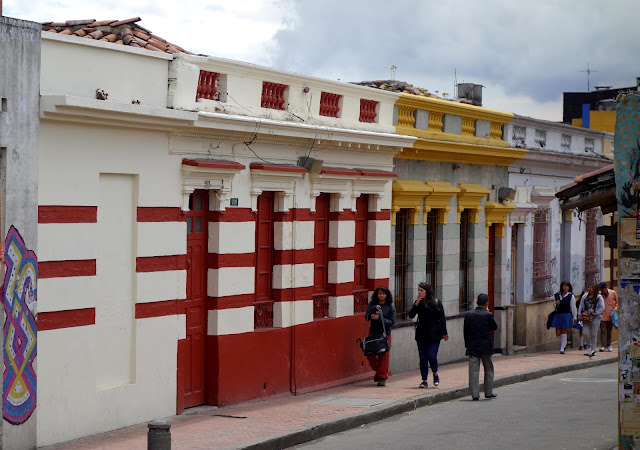 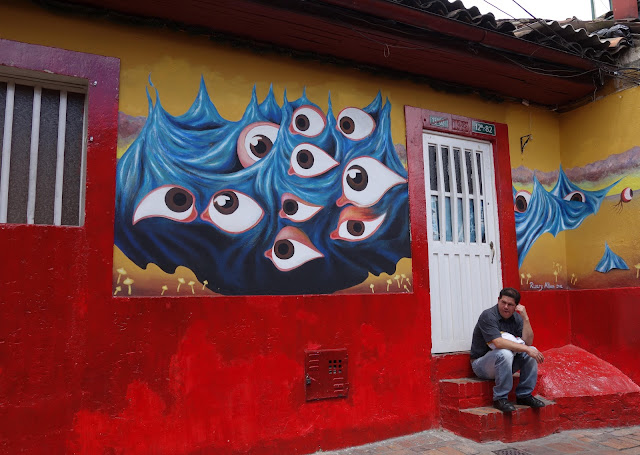 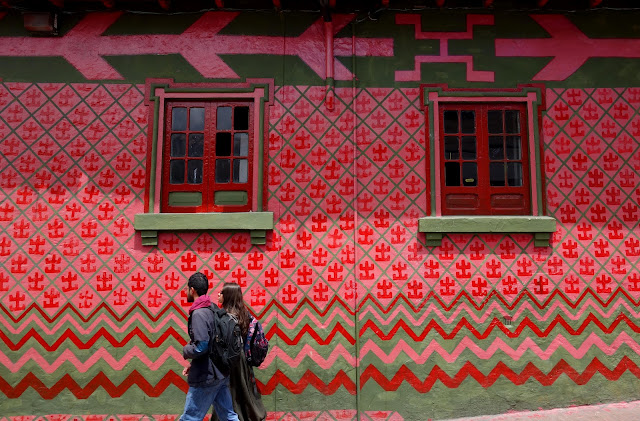 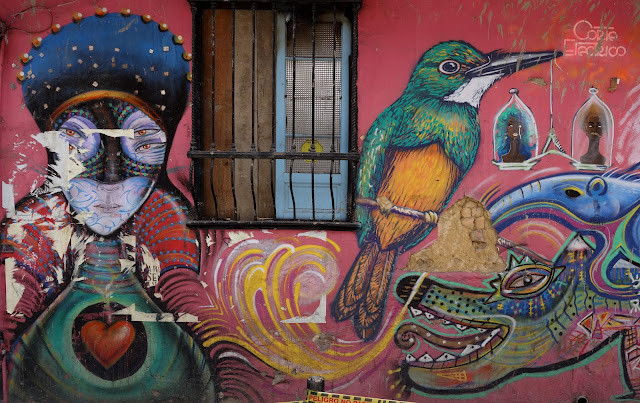 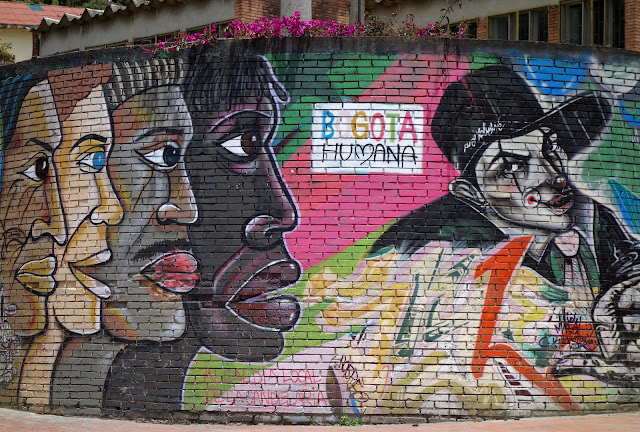 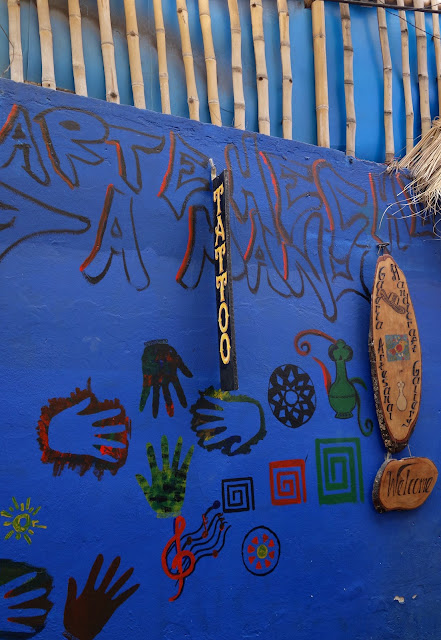 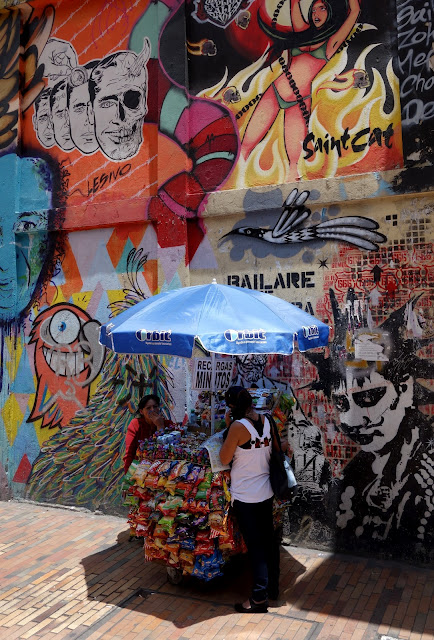 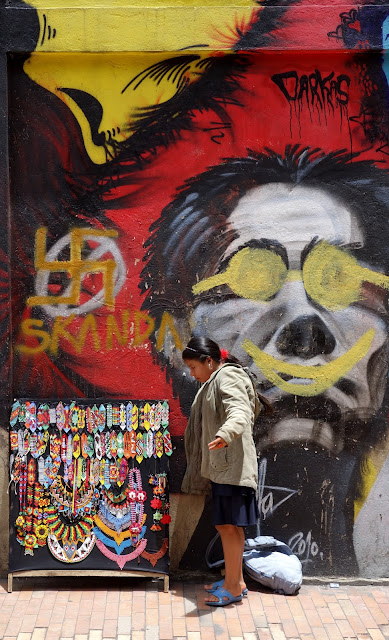 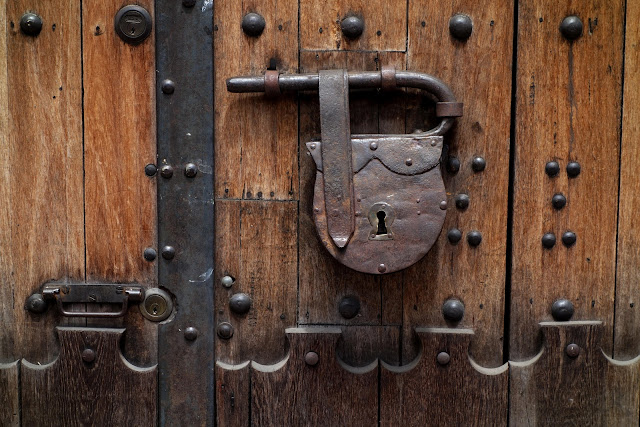 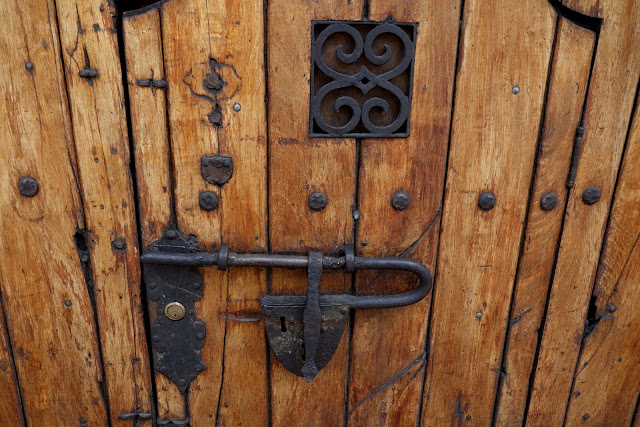 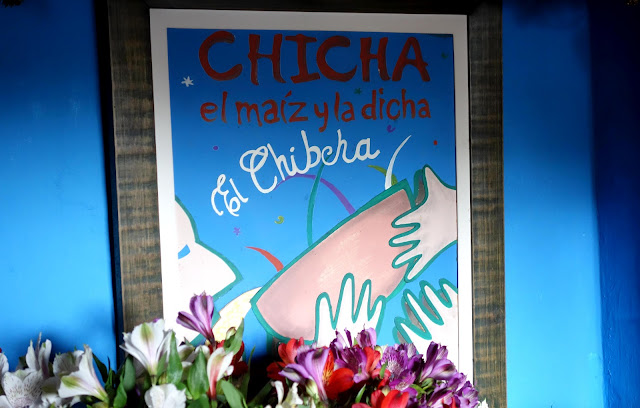 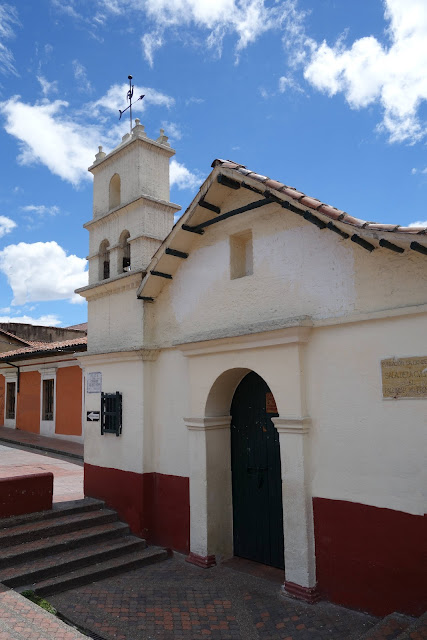 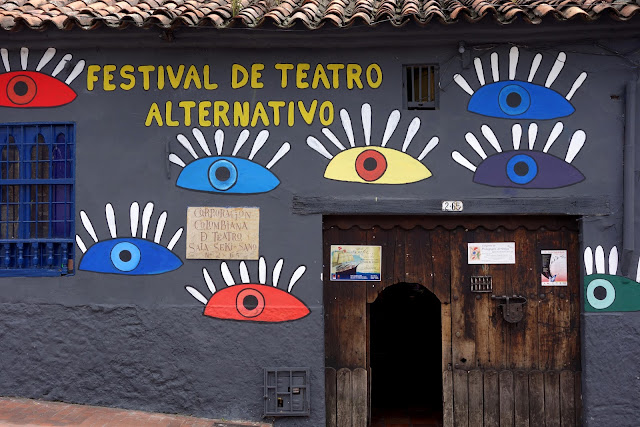 and finally we are released around 1:45 to have lunch on our own- LOL- I nab Kimo and we make a plan - first stop- food! 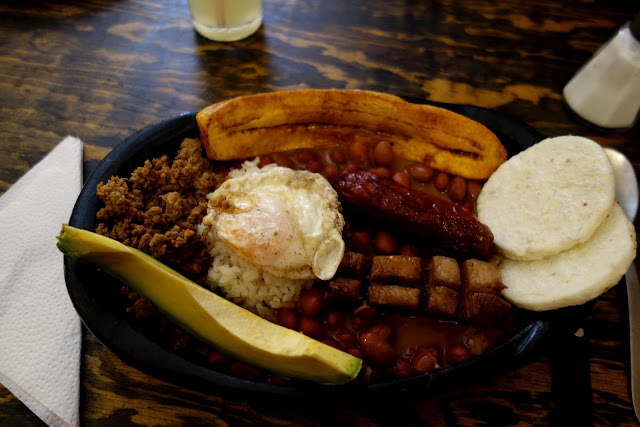 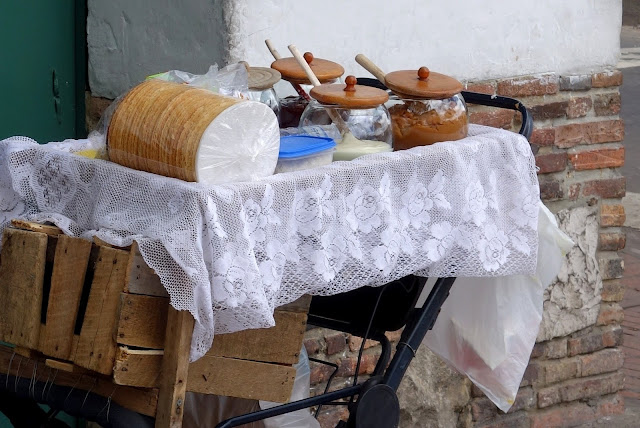 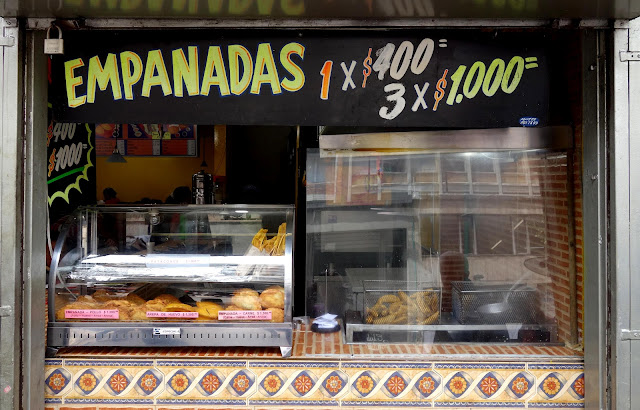 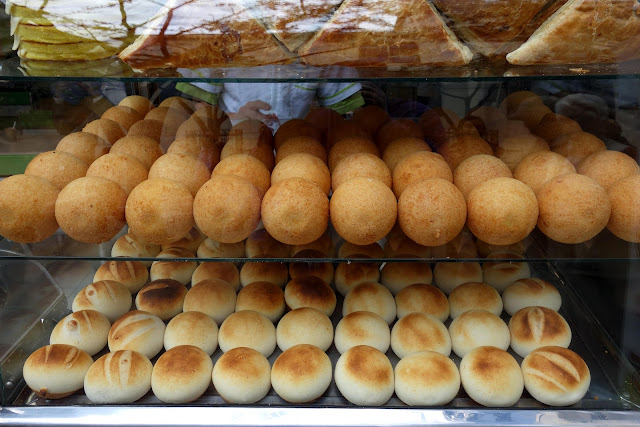 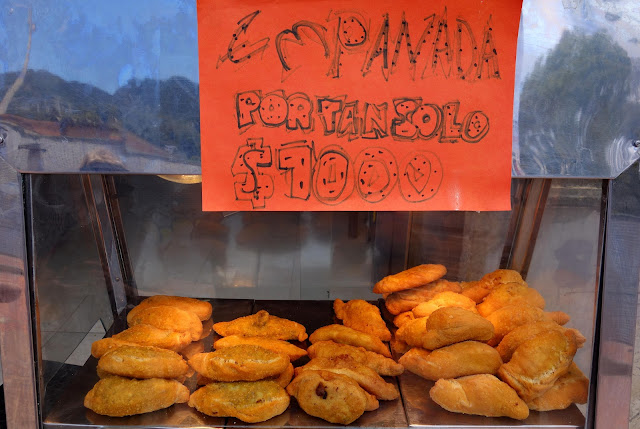 (it is no wonder I was starving by the time I had lunch!)

then we continue on for some exploring but only a few more highlights as this entry is getting long- later we go for our "welcome" dinner (fish or chicken) at a lovely french-ish place up the hill from the hotel where almost all the group joins in - the most recent arrivals have made other plans (could we have offended them so quickly on day one? we just met at breakfast- LOL) 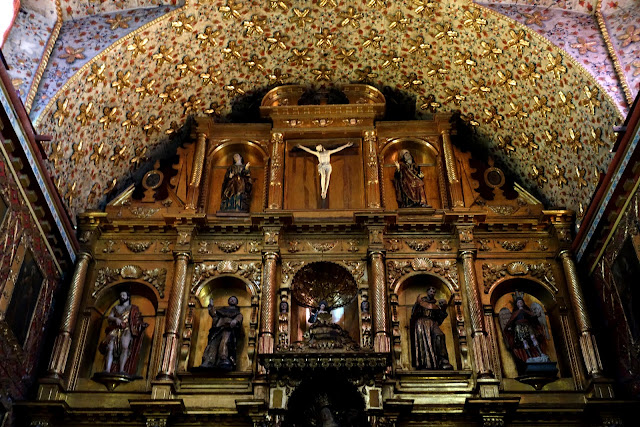 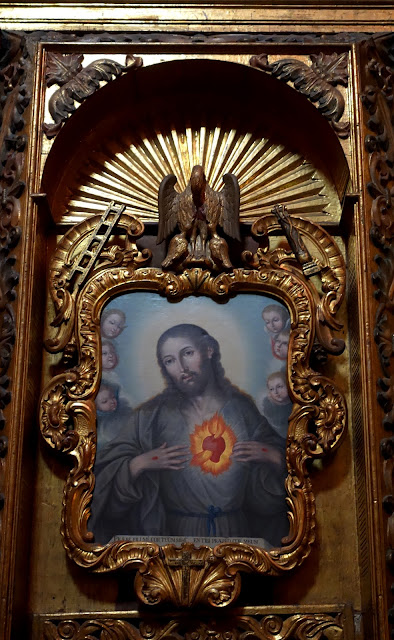 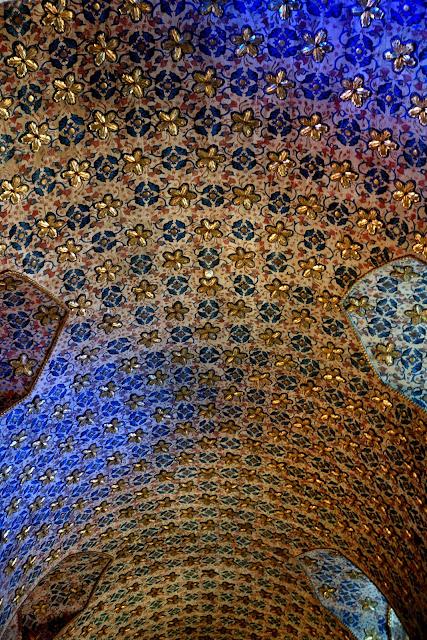 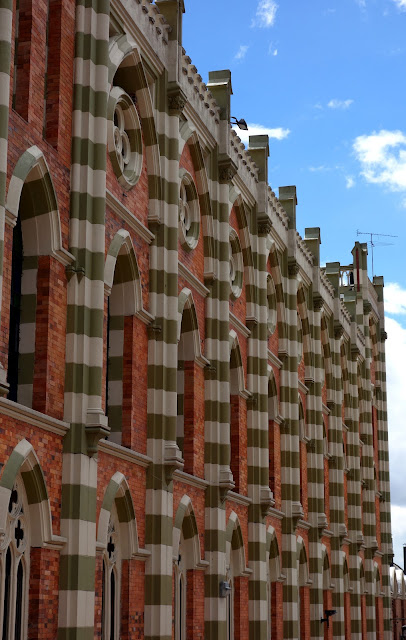 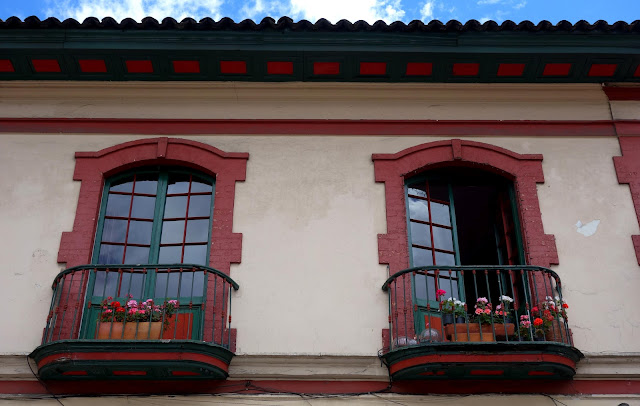 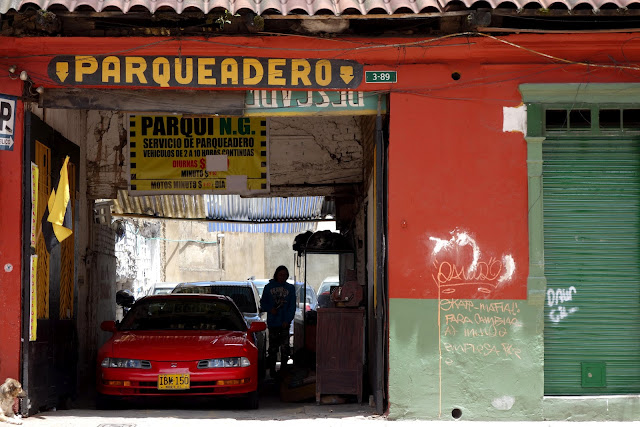 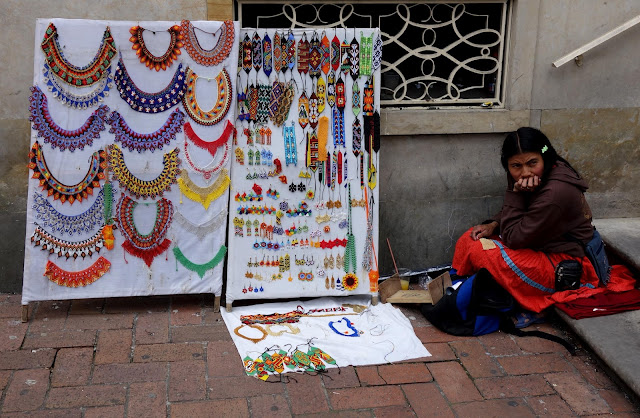 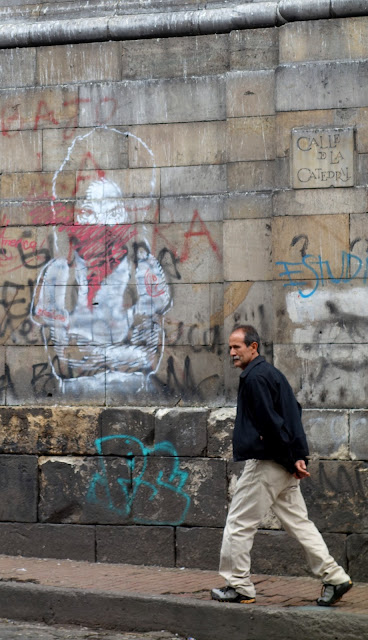 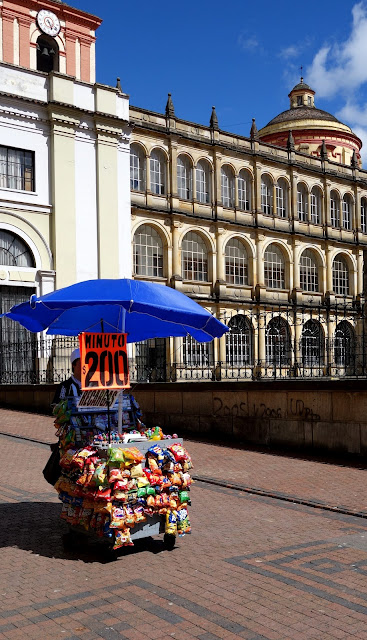